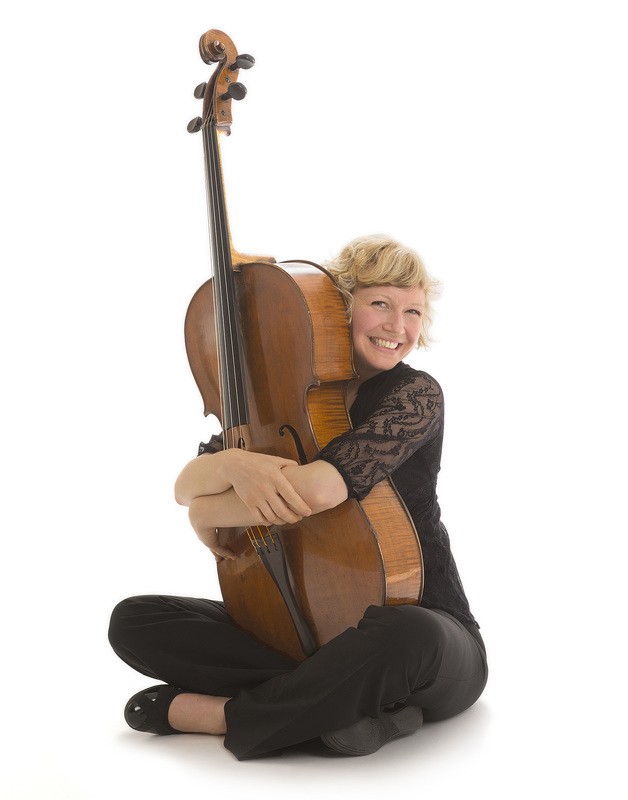 We recently connected with Nan Kemberling and have shared our conversation below.

Nan, thanks for taking the time to share your stories with us today. Can you talk to us about a project that’s meant a lot to you?

My whole career as a cellist has been built on playing other people’s music. That’s what we do most of the time. We interpret the musical scripts that have been written and act them out on our instruments. Way before the concerts occur, we read, interpret, and then internalize someone else’s musical ideas to present as if they are our own. We learn to love those ideas and only then can we make them feel like they are coming from our own minds.

During the pandemic, all this work as a musical conduit was put on hold. At first it was devastating, but then I realized it opened up some space for me to do what I had always wanted to: Release my own original music.

I had been working on an album for three years and it was scheduled to be released one song at a time, starting in that fateful spring of 2020. That became my focus then. Not only did I release 12 original songs, but I created a music video for each as well. That turned out to be so much fun, that now – only two years later – I have released an entire addition album, two EPs, and two holiday songs, with a new children’s album coming in April 2022. 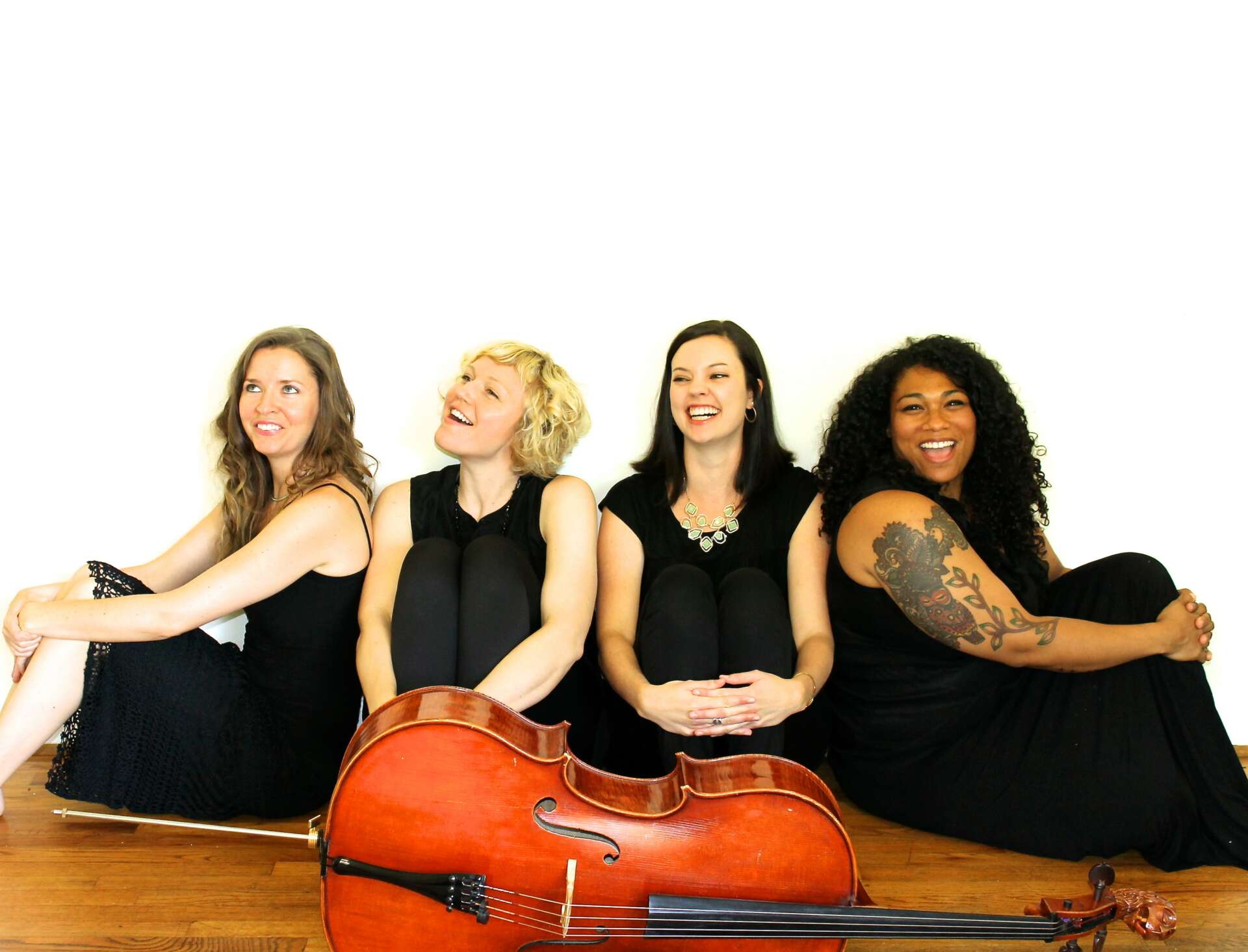 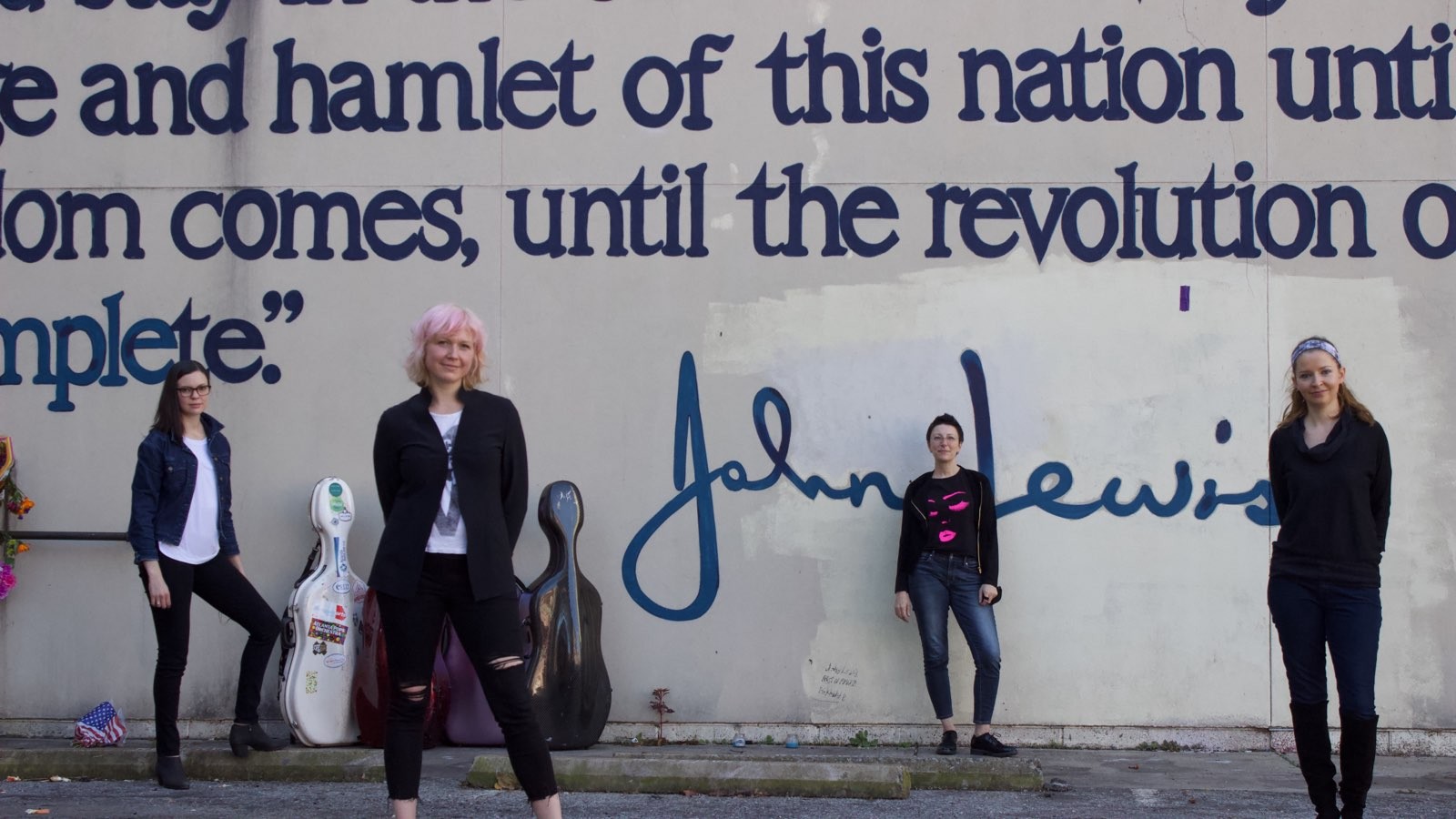 I am a cellist on a mission. Whether I am performing a classical concerto, teaching in my studio, rocking out on a nightclub stage, or rapping about ergonomic cello technique, my efforts are always focused on two things: bringing people to the cello, and bringing cello to the people.

I decided to take up the cello and join my school’s orchestra at ten years old after seeing a KGB sniper-cellist tangle with James Bond in the film The Living Daylights. I trained under cello guru Martha Gerschefski, was an Osher Scholar at the San Francisco Conservatory of Music, and went on to earn bachelor’s and master’s degrees in cello performance.

After my schooling, I was fortunate enough to have the opportunity to perform in Brazil, Chile, Italy, Switzerland, Japan, China, and Taiwan, as well as across the U.S. I have played with popular artists including Johnny Mathis, Sarah McLachlan, Jennifer Hudson, Barry Manilow, Wynonna Judd, Bobby McFerrin, Donna Summer, and Gloria Estefan. Among my televised appearances are performances with Josh Groban on the Oprah Winfrey Show as one of “Oprah’s Favorite Things” and with Celtic Woman on their PBS special, Believe. In 2009, I recorded the educational cello rap video “Always Room 4 Cello,” which has received over 70,000 views on YouTube. Between 2010 and 2014, I fronted the alt-rock band Pink Pompeii, with whom I wrote songs, sang, played cello, and recorded two albums.

Pre-pandemic, I had so much fun playing in the pit orchestra for Broadway musicals at the Fox Theatre, leading the cello section of the Atlanta Pops Orchestra, and rocking out with my crossover cello quartet, Celli. With the cancellation or postponement of most of my performances these past few years, I have turned to recording in a spare bedroom at home. When not recording, I find incredible satisfaction teaching adult cello students at Little Tree Art Studios in Atlanta, and I publish my thoughts on cello performance and education along with my own original cartoons on my blog at nancello.com. Above all, I continue to dedicate every day to erasing the boundaries that have separated people from the joy and magic a cello can create.

When I was a teenager, I attended a bunch of music camps and workshops since (besides academics of course) I had no life beyond cello in high school. No sports. No boyfriend. Just cello. (Now that doesn’t mean I was a big practicer. I was your typical teenager, not too keen on spending hours by myself playing through etudes–since that was what practicing meant to me back in the day).

Anyway, I found myself at a certain music camp with a very strict cello instructor. Needless to say, it wasn’t much fun. The lessons with this guy were downright scary for me. One of our sessions ended with a his very cold statement:

“You have no business playing the cello. Quit now.”

I just left his studio. I was speechless.

Needless to say, I never went back. And soon the devastation I had initially felt was replaced by a seething rage. Maybe my fury was directed towards the teacher. Maybe I was just mad at myself. I still can’t be sure. But after that day, I was set on fire! I worked harder at cello than I ever had before, simply because I was told I couldn’t cut it.

The anger fueled my new work ethic. I just had to prove that guy wrong. And later, I found myself working as hard as I could because I just wanted to. I started to like the process. The hard work stopped coming from a hostile place and just became a new habit of mine.

Along the way, there have been many more instances like this. (Keep in mind that I am not talking about constructive criticism, which I feel is a completely positive thing. It’s like the person is investing in furthering your success by letting you know what you need to work on. I think criticism is totally different than someone telling you to just throw in the towel.) Each time someone said I couldn’t make it, the words affected me like a gravitational slingshot. I flew away into my cello work with a burning blaze of intensity even greater than before.

But nothing affected me as greatly as the initial Naysayer did. He sparked the dawn of my devotion to playing the cello as a vocation.

Fast forward to a few years ago.

I am playing a chamber music concert. It’s so much fun for me, and I am reminded how much I love what I do. Afterwards, I am surprised when a fellow cellist approaches to congratulate me backstage.

It’s the teacher who told me to quit twenty years ago.

It only occurs to me after he is gone that I should have thanked him for doing me such a favor all those years ago. After all, his saying “NO” to me gave me a reason to respond with a resounding ‘YES!”

And here I am. Still a cellist… And I’m never going to quit. 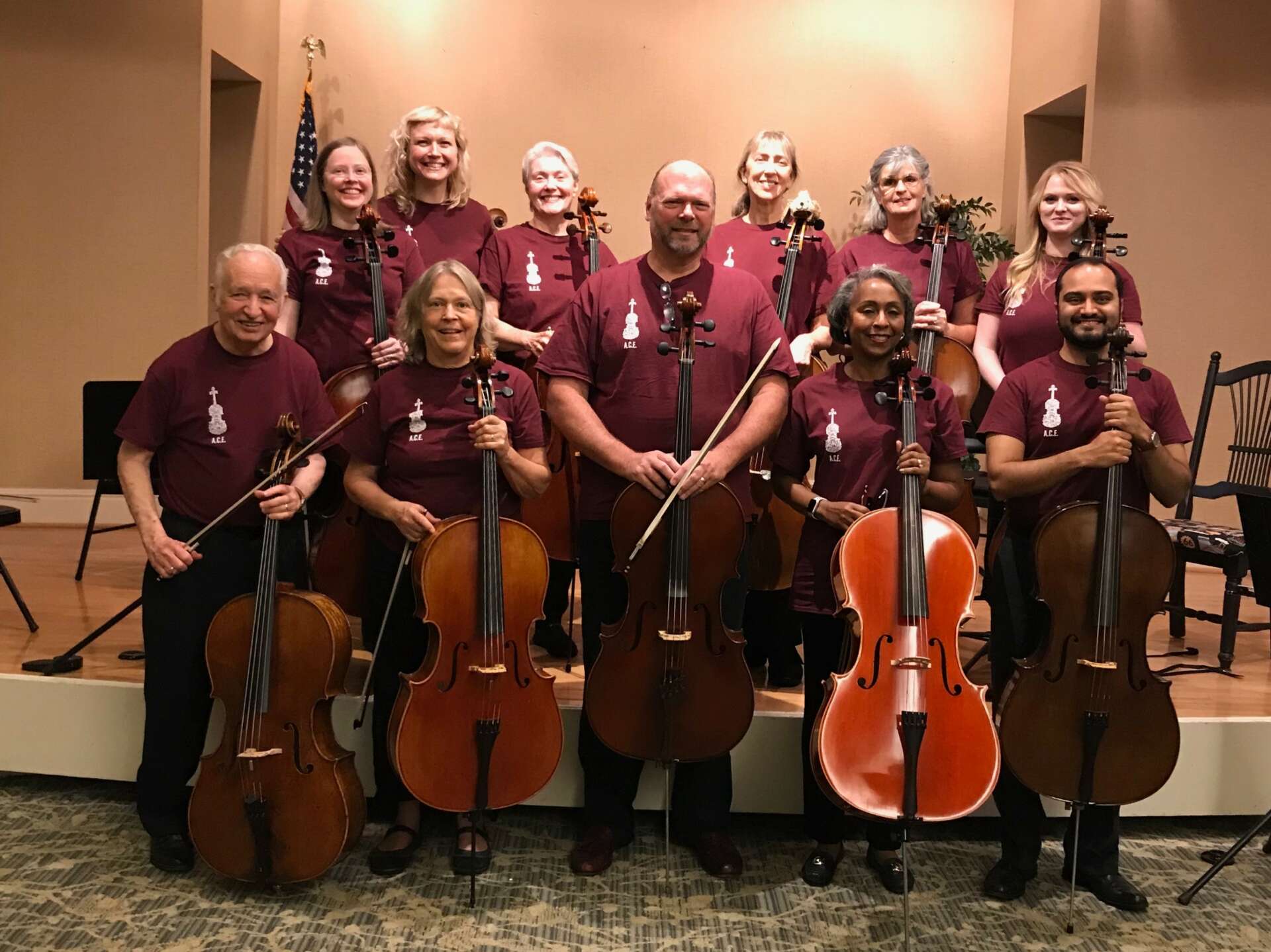 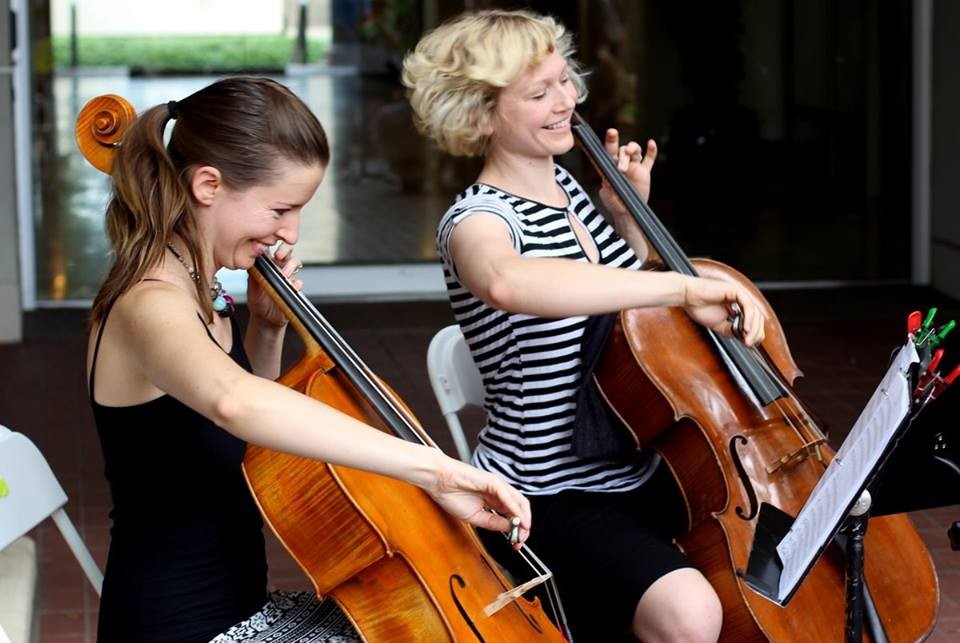 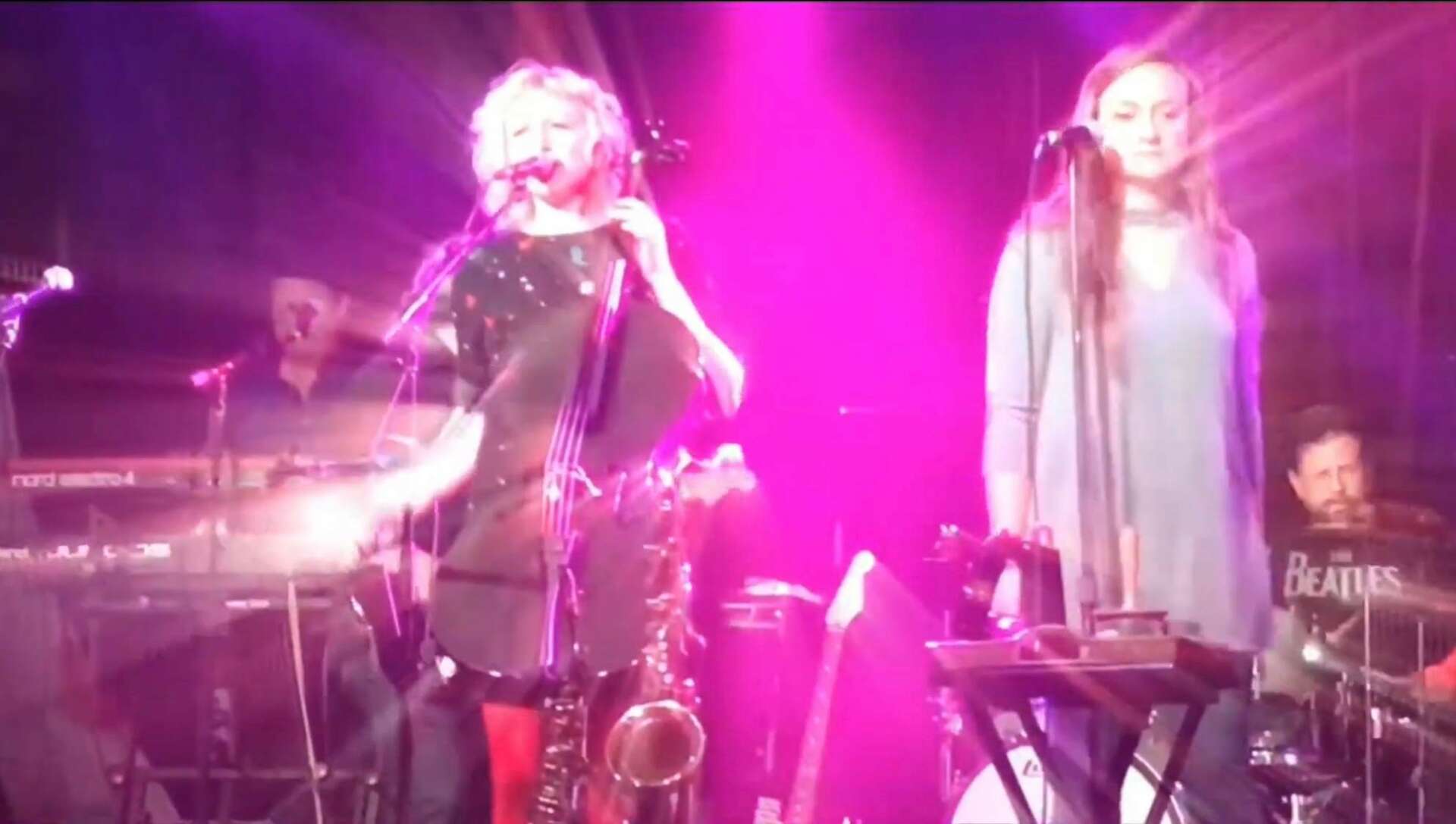 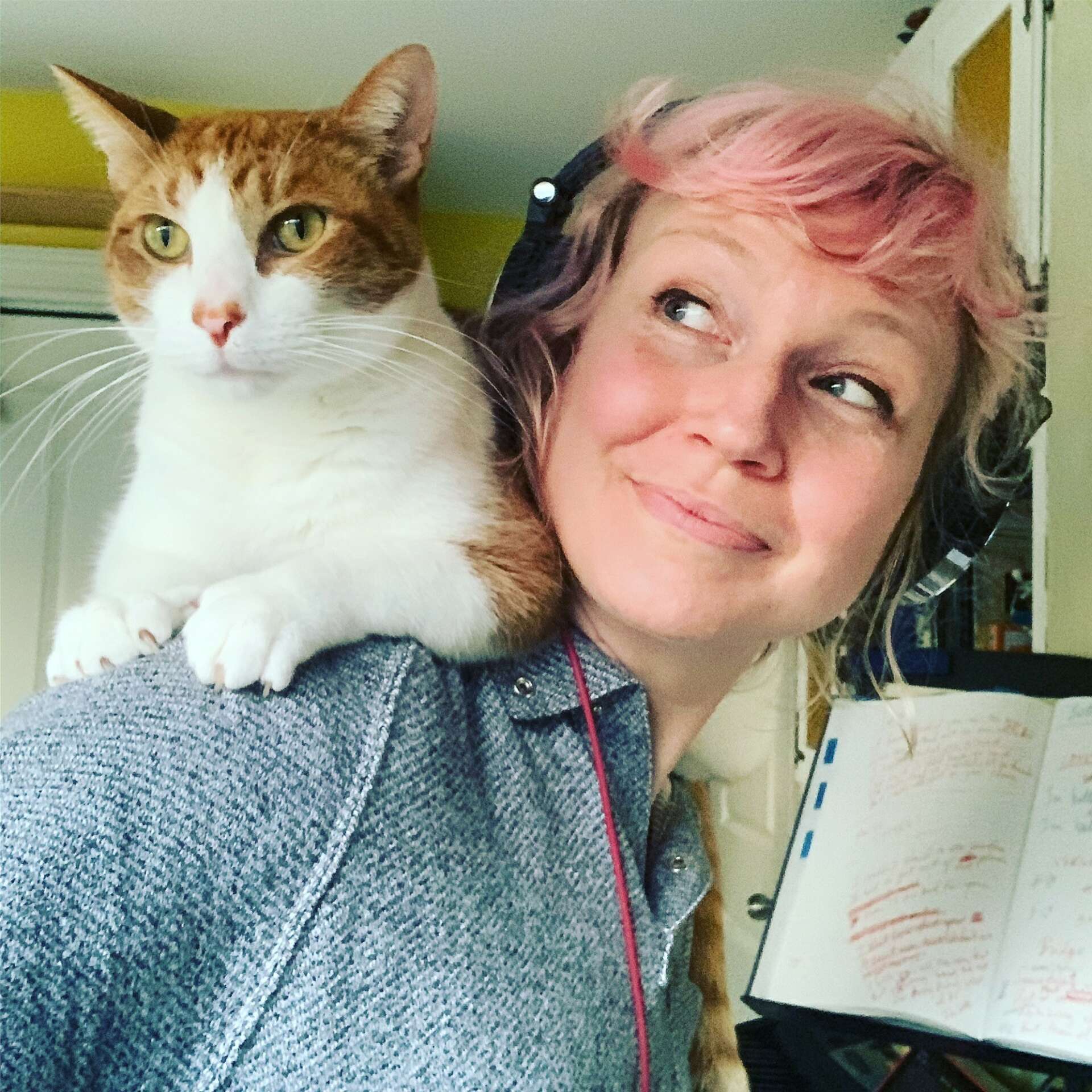 My conservatory training gave me a glimpse into a future I didn’t want, and I came back home from the first year ready to quit cello. I didn’t like the music world vibe, so stuffy and competitive. That is so not me!

Echoes of “Don’t smile, it’s distracting!” and “Stop breathing so loudly!” haunted my performances. I felt my spark was dying.

I like completing things, so I finished up my graduate work at Georgia State, but I had no idea what to do after I was done.

I started taking on more and more students as I worked my way through school and kept teaching after I graduated. I loved it. But my absolute favorite thing to do was teach adult beginners. Instead of teaching kids what they have to do to get into a conservatory and exist in the traditional music realm, I could use more of my creativity to help older folks enjoy fitting cello practice in their lives. For fun.

Around this time, I also found myself playing with the Atlanta Pops Orchestra, where they valued my energetic and expressive playing.

I heard “More smiling! Everyone loves it!” and “Your energy on stage is infectious!”

That was music to my ears!

Because of my experience moving toward a life that didn’t fit with my style, I was able to pivot and find my own groove – playing how I like to play, and teaching who I love to teach. Instead of changing myself to fit into a certain box, I was able to make my own, very cozy, Nan-shaped box. And I’m loving it!