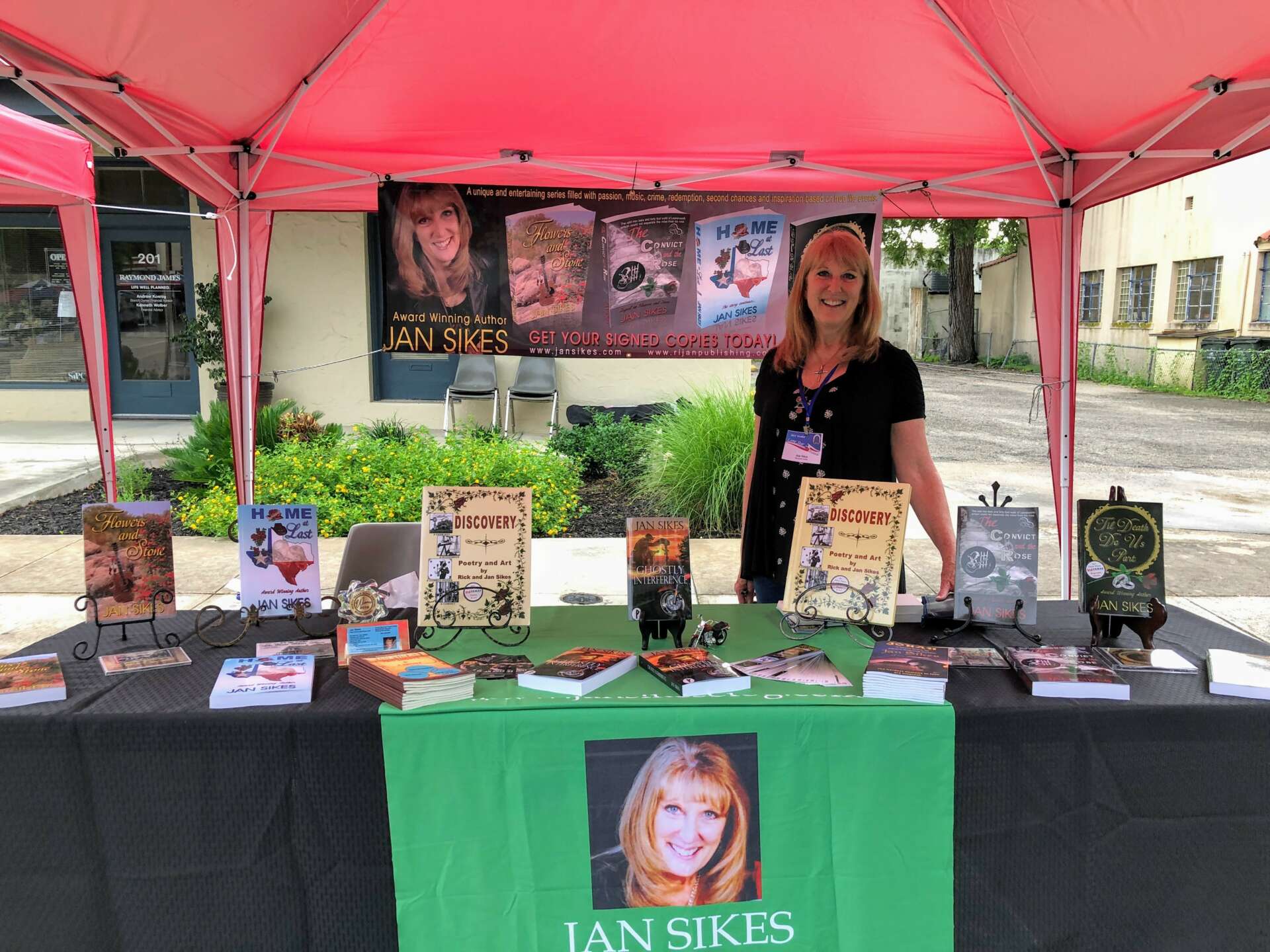 We recently connected with Jan Sikes and have shared our conversation below.

Jan, looking forward to hearing all of your stories today. We’d love to hear about a project that you’ve worked on that’s meant a lot to you.

That question is almost like asking which of your children is your favorite. Each one of my books and short stories is super special to me, but the beginning story is, without a doubt, the most meaningful. Why? Because it is not only a true story, it also launched my current writing career. Let me back up.
I met Texas musician Rick Sikes when I was nineteen. Ours was a fast and furious love affair that abruptly ended when he was arrested and convicted on two counts of bank robbery. While it was a crime he had not committed, he knew of and had been an accessory to the robberies. Yet, because he would not tell the Texas Rangers what he knew, they made an example out of him. After two trials, he was given fifty and twenty-five-year sentences to run concurrently.
That should have been the end of the love story, but it wasn’t.
We stayed in touch through letters during the years he was incarcerated. After fifteen years, when he was finally paroled, we married and had twenty-five years together before he passed away.
So much happened in those years, including his return to making music. He even recorded a full-length CD before his health deteriorated, leading to his death. He passed away on May 1, 2009.
Many people passed through our doors throughout our years together, and everyone who heard even a portion of our story said someone should write it.
After he passed away, that sentiment was reinforced. I honestly thought someone would write the story.
I realized one day that if someone else did, I would have to tell the entire tale to them. So, I got busy and enrolled in Creative Writing Classes through the local community college and started to learn the craft, with the sole goal of chronicling our lives.
I published the first book in that biographical fiction series in 2013. It took four books to tell it, but I published the last one in 2017. One more book of poetry and art completed the project.
And because the entire story evolved and revolved around music, I published a music CD of original music with each book that matches the time period of that story segment.
Now, I was done. Wrong! The writing bug had bitten me hard, and ideas kept coming. I loved writing short stories because it allowed me to experiment with various genres. I wrote everything from an 1800s western to fantasy,
In 2020, I landed a publishing contract with a traditional publishing company and am about to release the third book in a Paranormal Romance series. 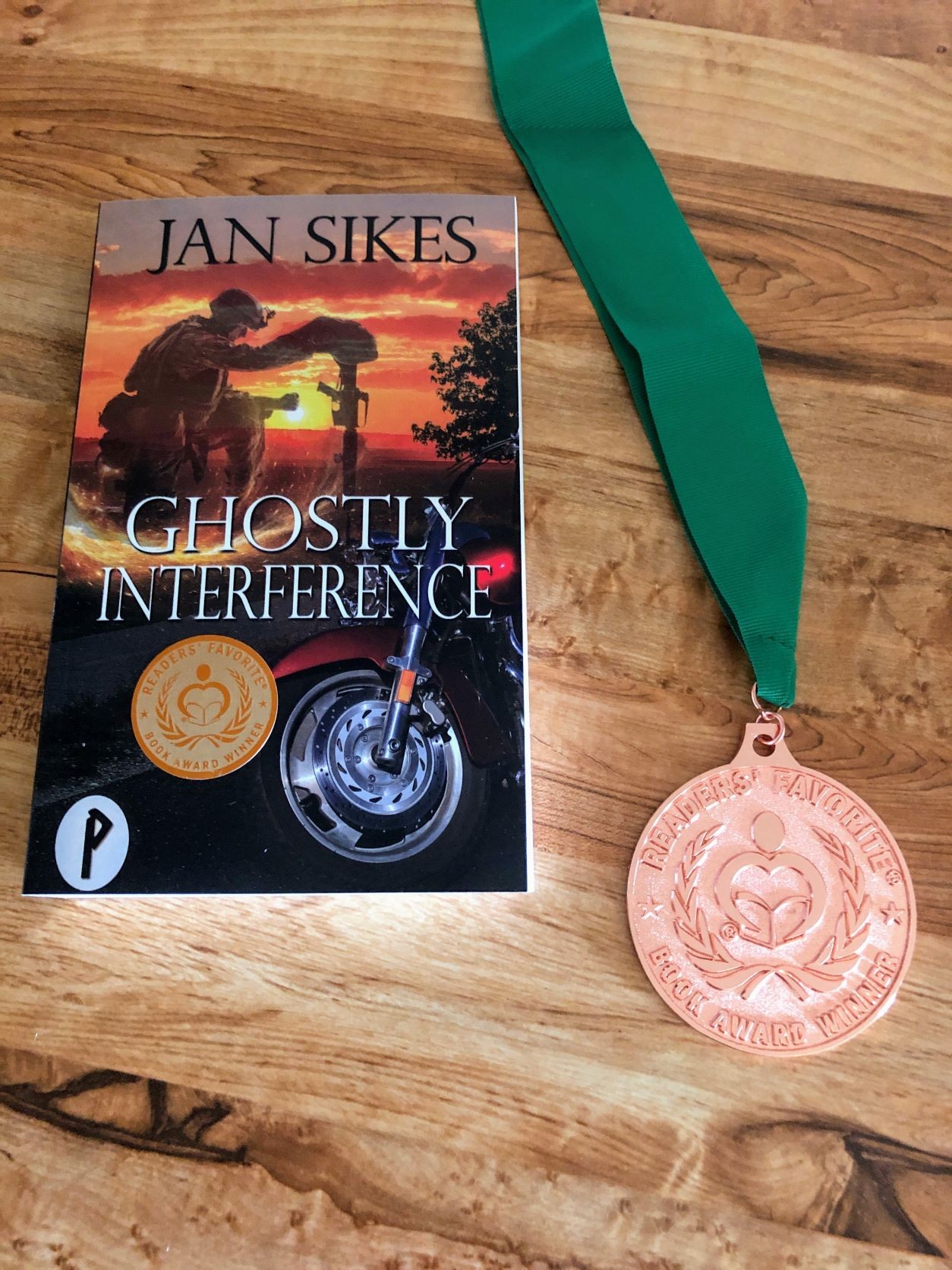 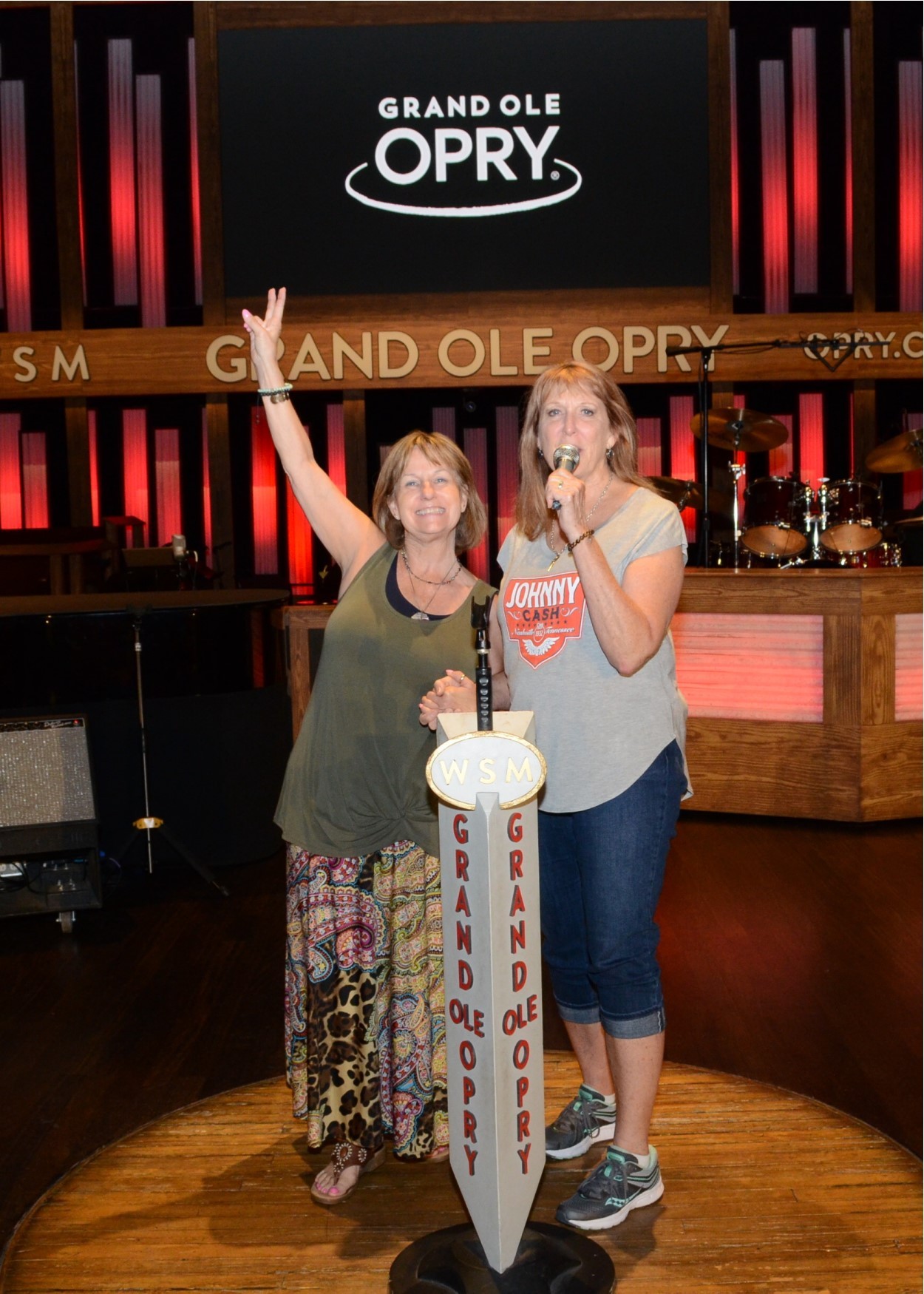 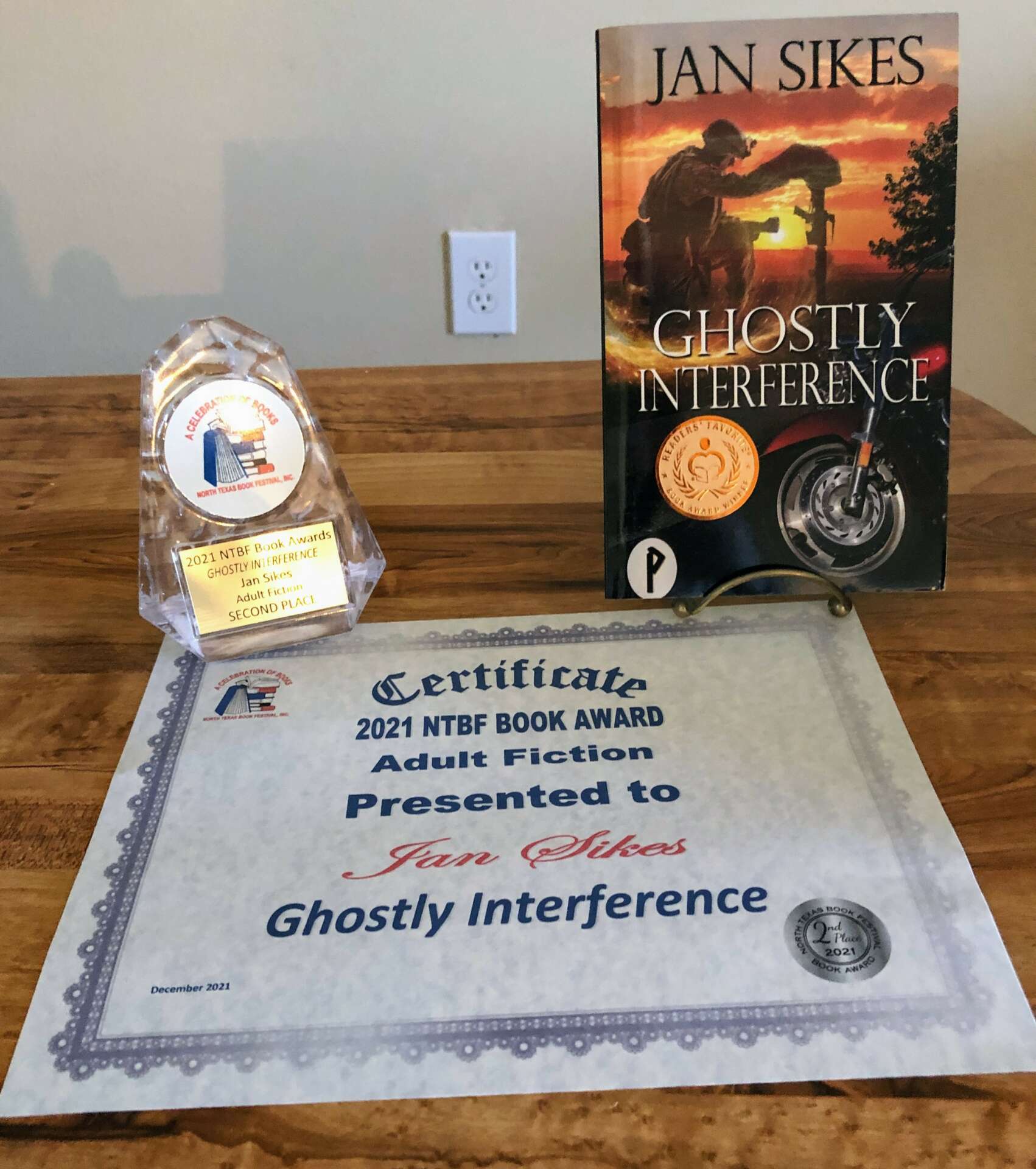 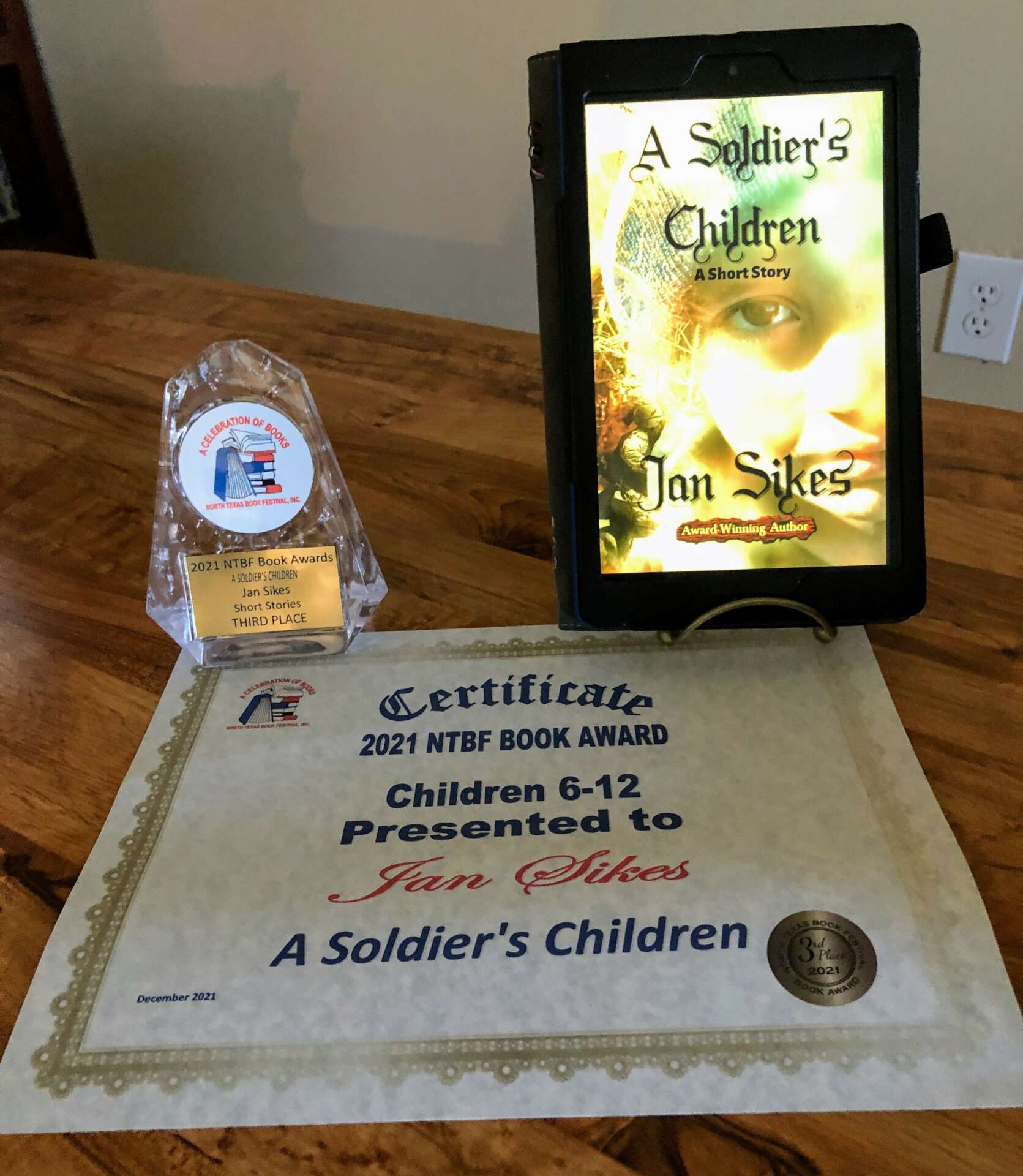 Jan, before we move on to more of these sorts of questions, can you take some time to bring our readers up to speed on you and what you do?

One thing I discovered early on in my writing career is that each story I write must contain some sort of message or inspiration. I am not capable of writing a story that doesn’t fit this category. It is for that reason, my author byline is “Award-Winning Author, creating the stories from the heart one word at a time.”

That says it all.

It is important to me that each book I publish reaches someone and either uplifts them or gives them a different perspective or angle of looking at their world.

Getting down to the nitty-gritty of the characters and the plot gives me the ability to transfer that emotion into words. Then from those words, the reader is able to feel what the characters are feeling or experiencing.

When I am not writing or involved in other bookish things, I am spending time with my five grandchildren or attending music events. I started volunteering at Texas music festivals in 2010 and continue to do so. There is nothing like the energy exchange between an artist and the audience. Music is truly the universal language.

The most rewarding aspect of being an author is receiving feedback from readers in the form of reviews and winning writing contests. Reviews are so critical to an author. From these reviews, I learn things that make my writing better, and, as a result, I can produce more engaging stories. I am not closed to critical reviews and welcome them. I take a close look, and if I see a valid critique, I strive to do better next time.
I won my first writing contest with the second book in the true story series. It validated the hard work, the many hours of sitting through writing classes studying the craft, and the sleepless nights spent toiling over the story. I’ll never forget the feeling of walking up on the stage and receiving that plaque.
It was the first time I truly felt I could call myself an author. 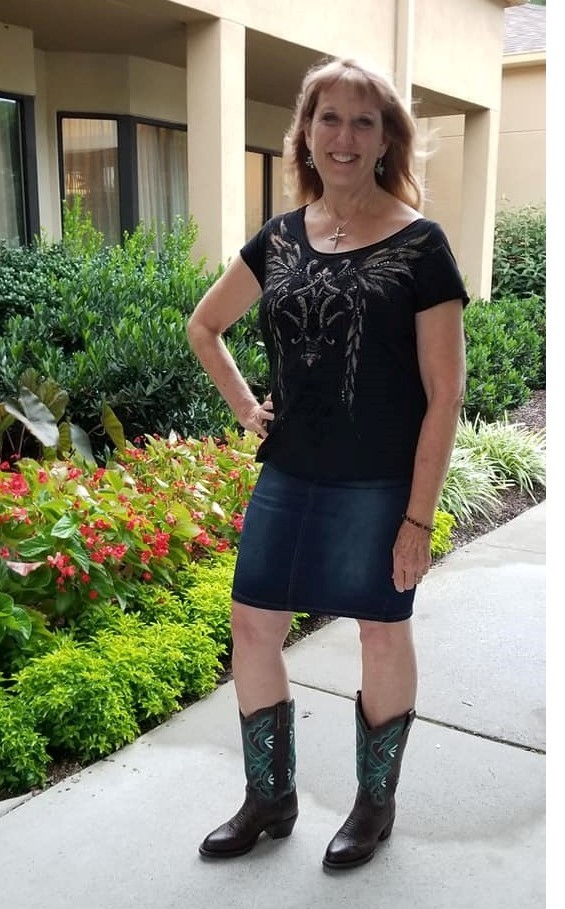 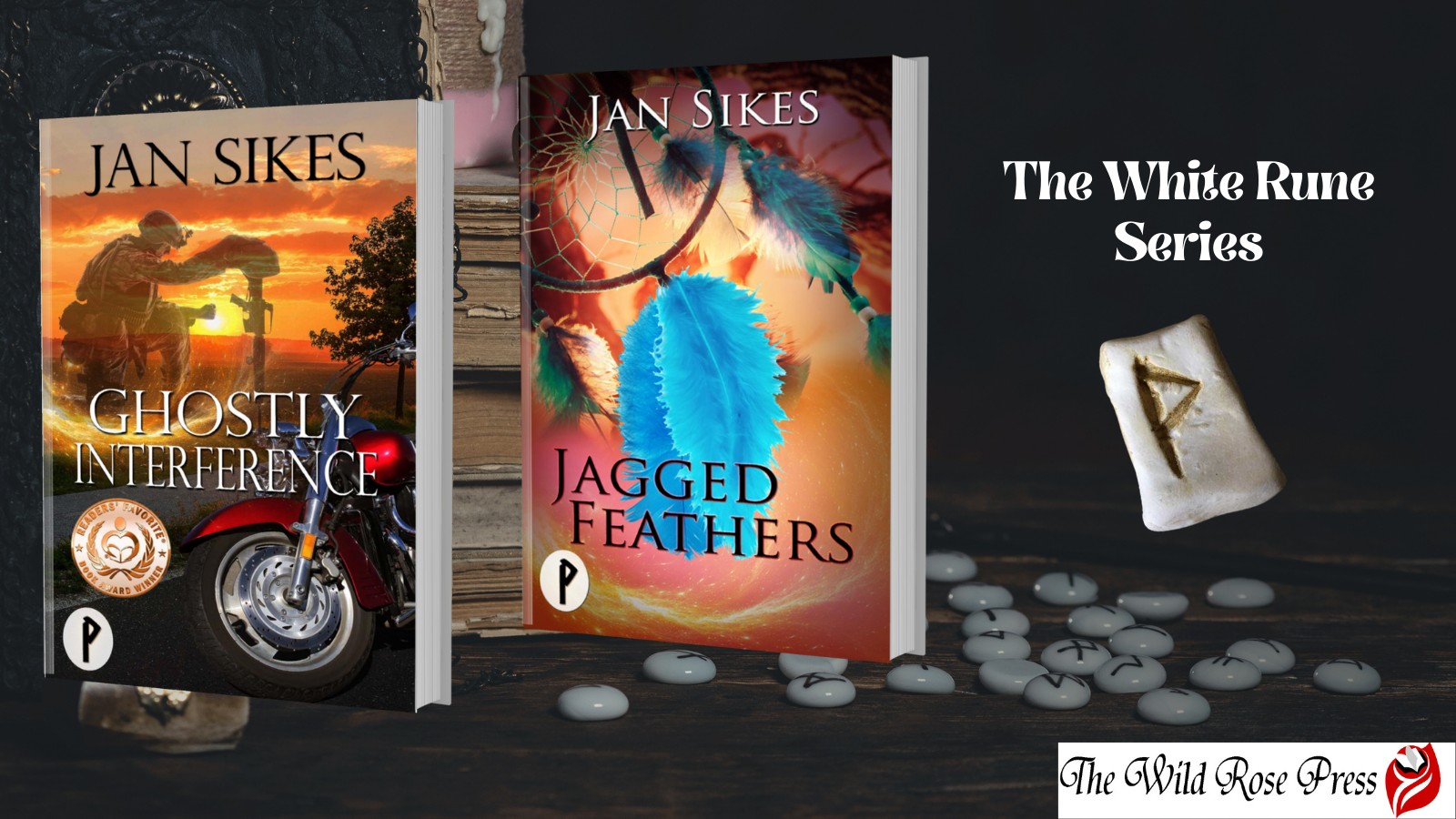 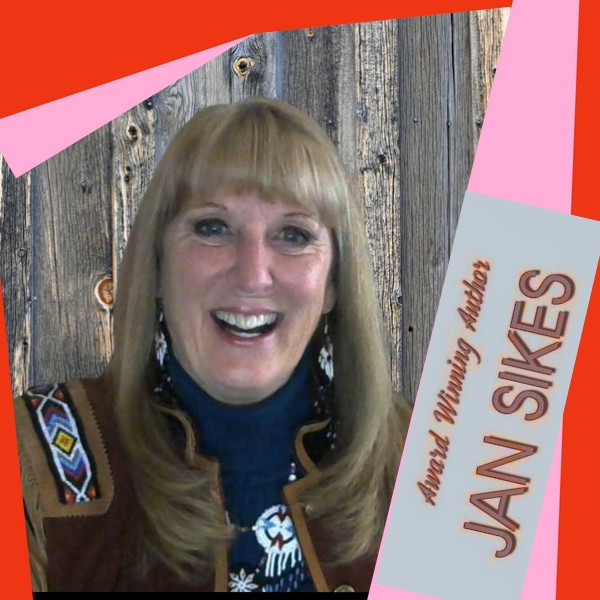 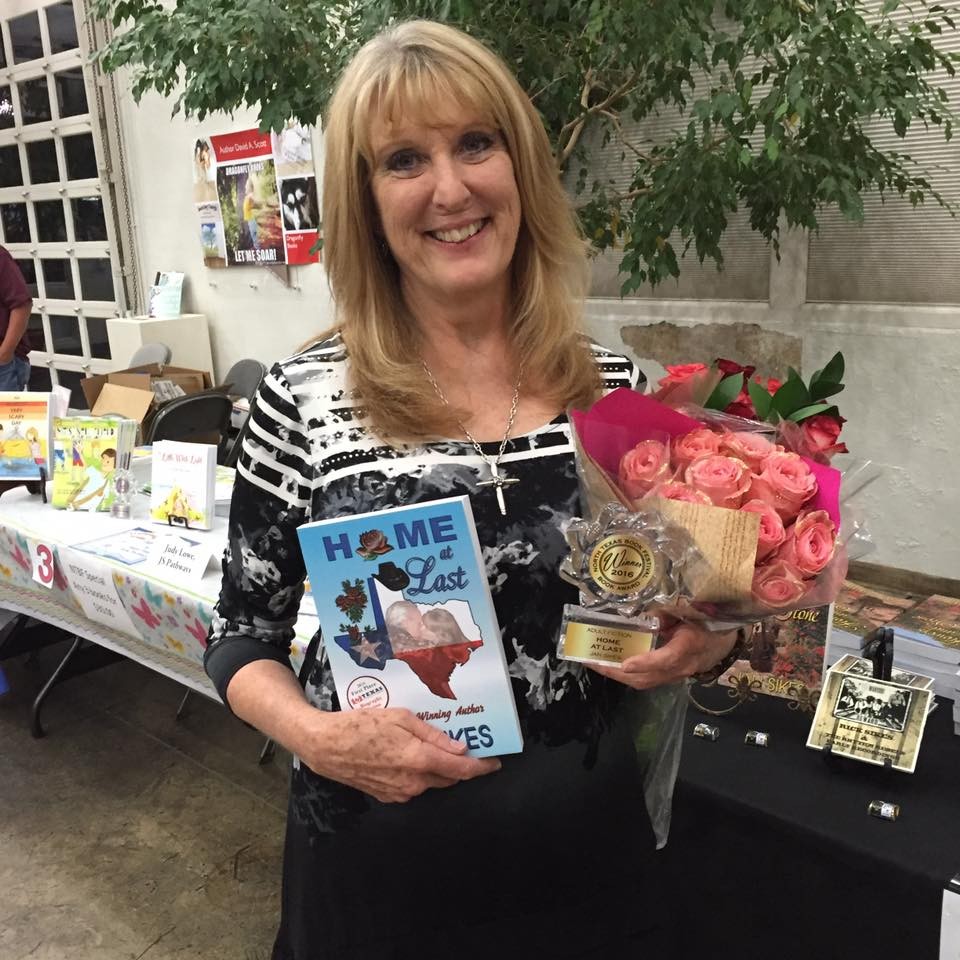 Building a presence on social media is a daunting task, and it requires a ton of patience. If you think about the pace of a snail or turtle, you’re getting close to the reality of the process. I started with Facebook, then branched out to Twitter. I was fortunate in the beginning to have an assistant who knew the ins and outs of building an audience, and that was a tremendous help. It gave me a place from which to grow. But the single most significant and successful thing I’ve done is create a blog and start blogging consistently. It has taken several years, but I currently have a large following, and it gives me a great platform to promote my work and the work of others. I love showcasing guest authors. That is part of building an audience. When I opened my blog up to promote others, it grew exponentially.
So, I recommend a blog to anyone just beginning but know that it’s not something you can do haphazardly. Be consistent, have exciting content, and share others’ blogs.

Suggest a Story: CanvasRebel is built on recommendations from the community; it’s how we uncover hidden gems, so if you or someone you know deserves recognition please let us know here.
0LikesShare Post
Show comments (10)