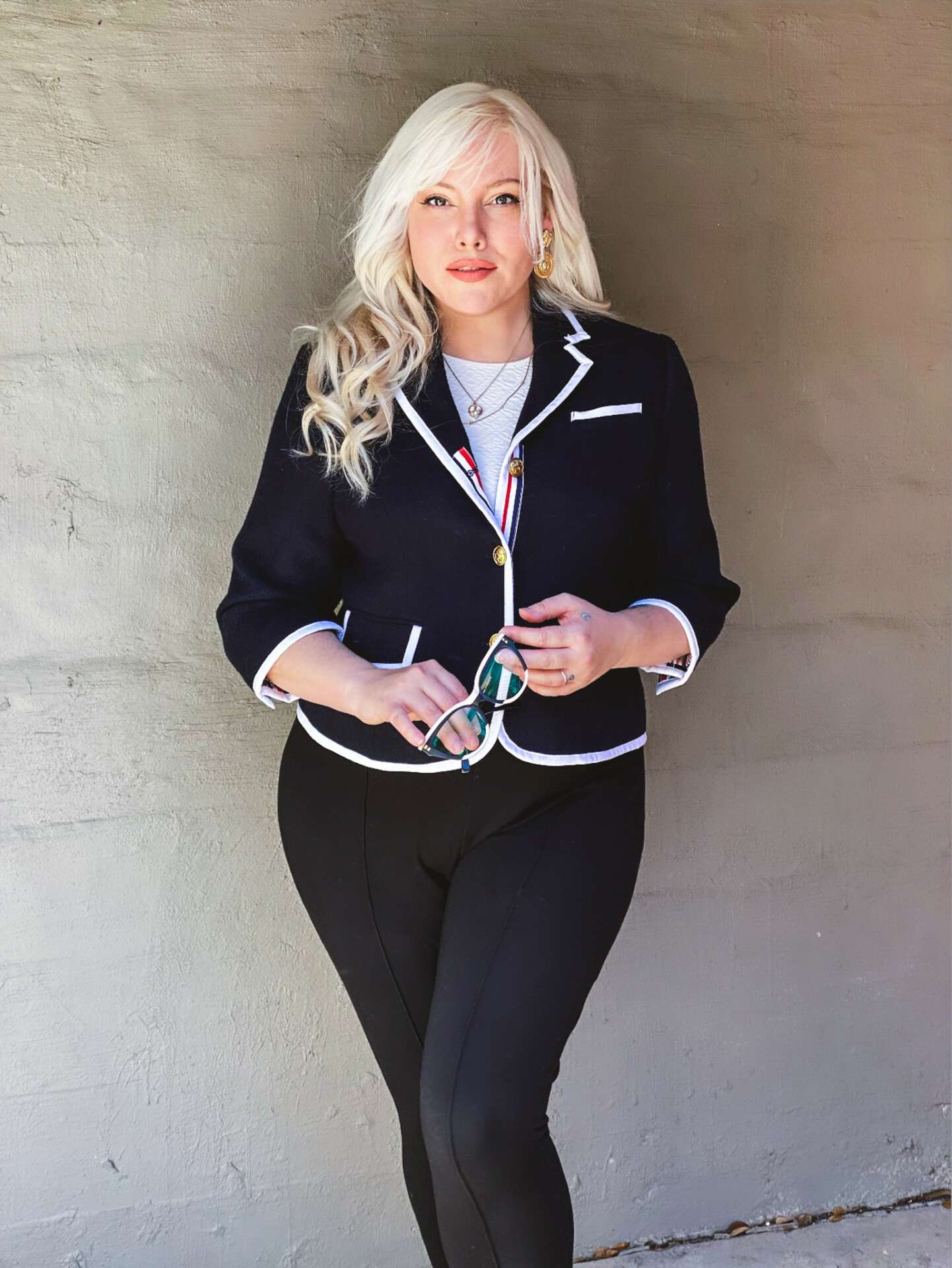 We recently connected with Kathleen Day Gomez and have shared our conversation below.

Hi Kathleen , thanks for joining us today. We’d love to hear about a project that you’ve worked on that’s meant a lot to you.

PEPPER Magazine, as a publication, is by far the most important thing I’ve ever built.

Growing up as a late 80’s / early 90’s kid, I was heavily influenced by magazines and indie pop culture. I’d also developed a keen sense of self awareness and interest in psych, anthropology and other human affairs by the time I was 10 or 11. Though I was drawn to all the fashion and art, I felt pulled by the backstories and documentaries behind the creative projects and celebrities I’d read about.

I remember wishing for a magazine periodical that covered all the arts with the seriousness of National Geographic and the coolness of Rolling Stone. There simply wasn’t anything quite like I envisioned. So I’d sit for hours on end cutting and pasting and recreate my own “prototypes”, binding them with staples or three-ring binders. My mother was always impressed by my determination and ideas, even when things were a little eccentric for her taste.

I had a 16 year modeling career through my 20’s and 30’s from which I gained invaluable knowledge which would later serve me well in the founding of PEPPER. Likewise, I draw from my experience as a mental health professional and philanthropist. Finally, at the age of 40, I’ve fully developed this humanitarian based inclusive global platform that covers the arts, culture and business.

Since our inaugural issue in June, we have given a voice to refugees who would be imprisoned or executed for speaking up in their own regions. We’ve facilitated a safe space for difficult conversations on race, gender, rape survival and other traumas. We have championed unknown and up and coming artists from around the globe. And via our “get involved” section, we create awareness and seek funding for nonprofits and community efforts. PEPPER Magazine is a vehicle for all of these paradigm changing measures, and so much more. I’m honored to gift it to the world. 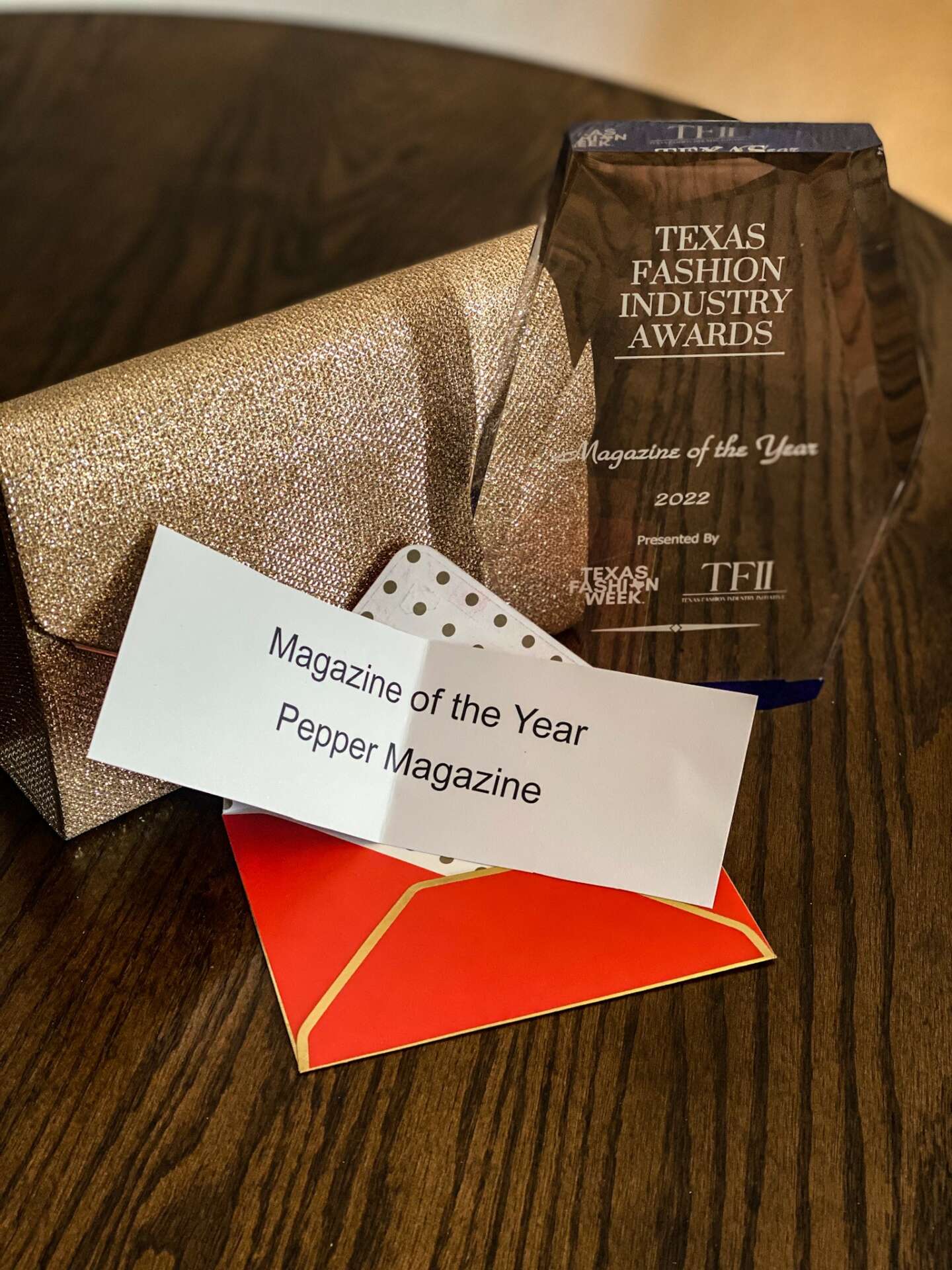 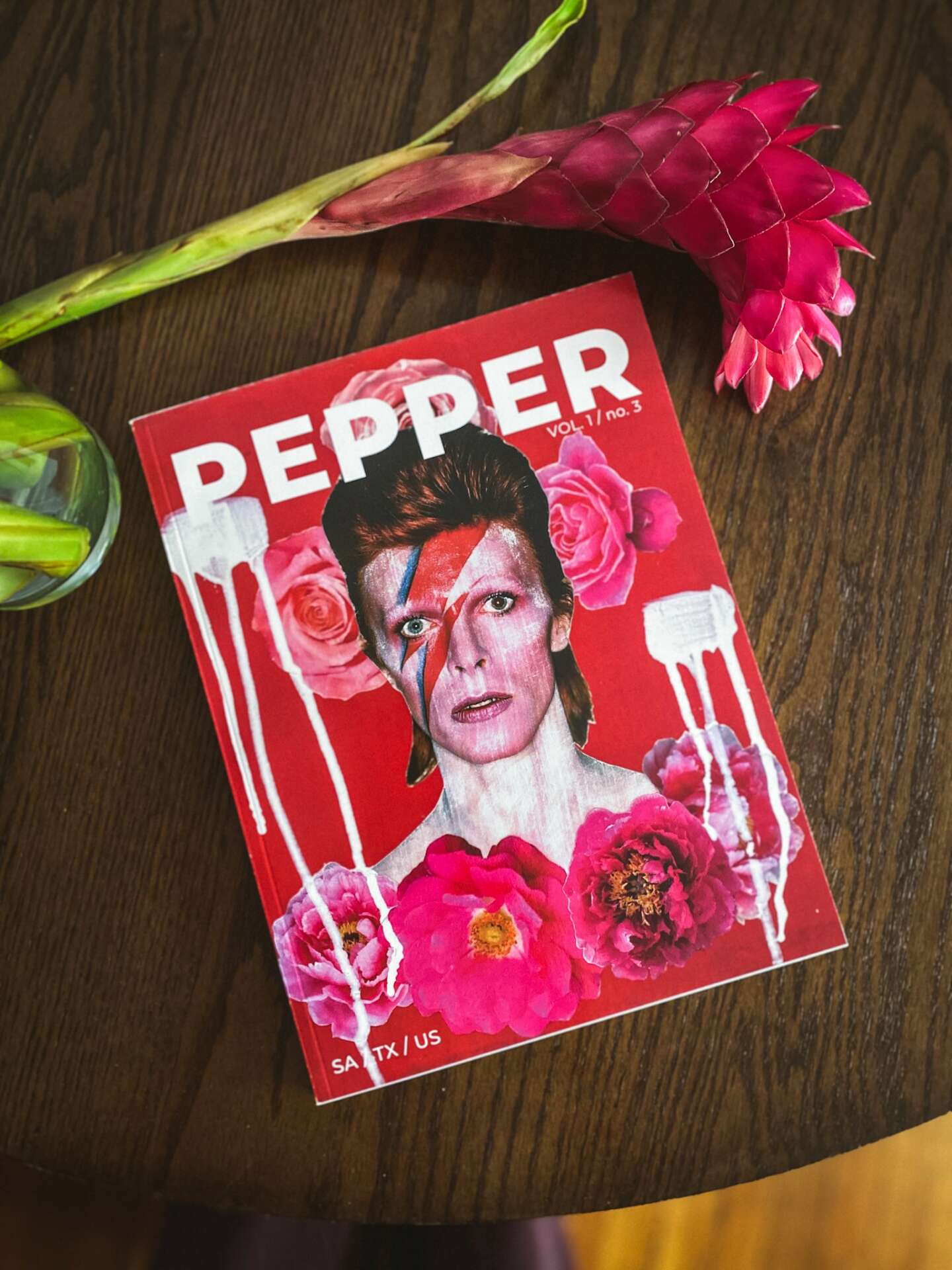 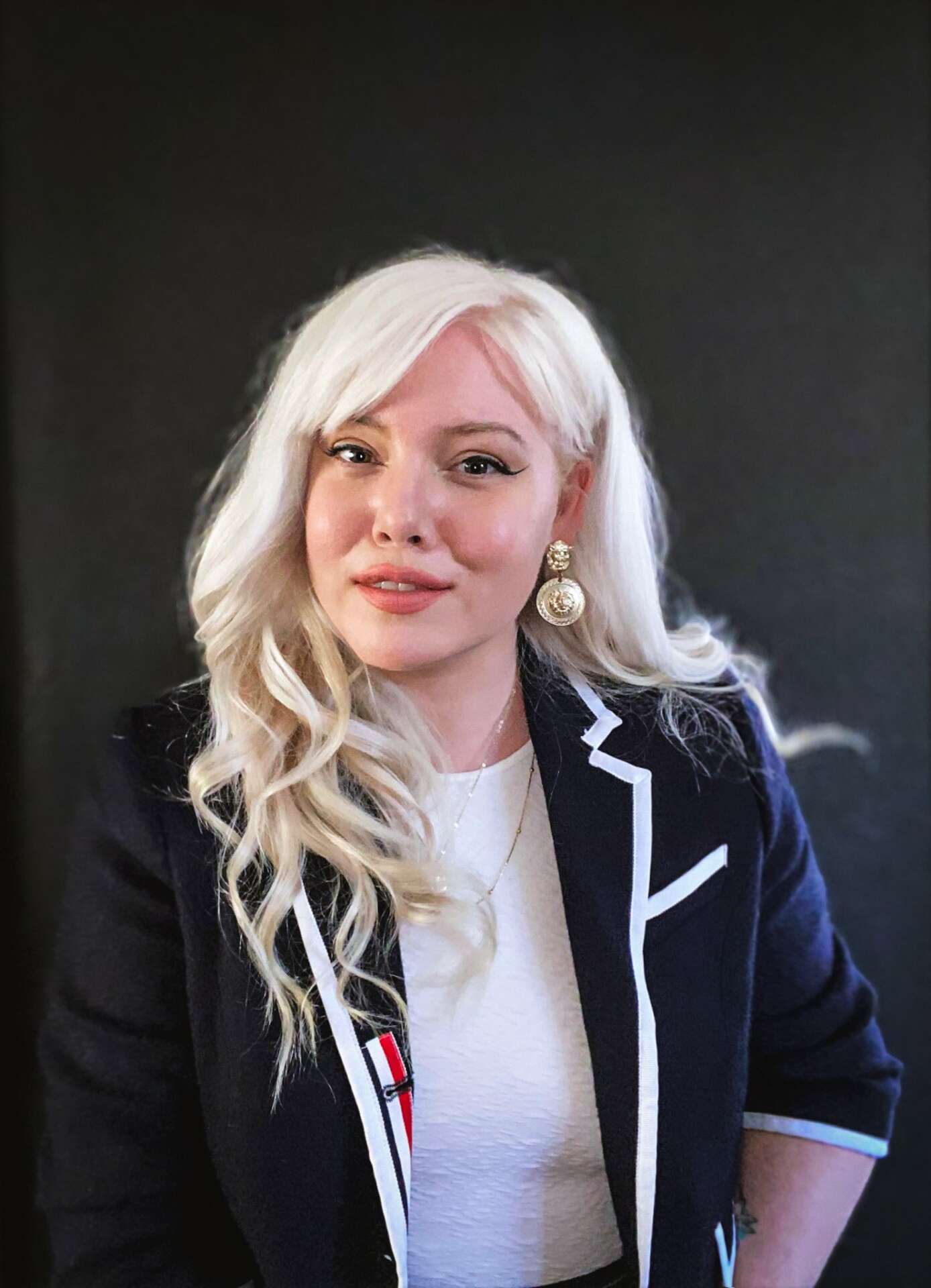 Kathleen , love having you share your insights with us. Before we ask you more questions, maybe you can take a moment to introduce yourself to our readers who might have missed our earlier conversations?

We are an INCLUSIVE publishing firm with an international staff. ​[ The United States / United Kingdom / Africa ]

Our central focus is the underlying human story behind every subject we cover. A journalistic collection of intimate editorial biographies, rich with creative and documentary imagery.

PEPPER covers a wide range of topics and subtopics in the arts, culture and business. Highlighting individuals from every walk of life and at every age, unknown to the famous, barely starting to the pinnacle of their trade, mom & pops to industry moguls. We place a priority on marginalized communities, various neurotypes and differently-abled, survivors and responsible activism.

We place a strong emphasis on community, sustainability, conscientious businesses, activism, human rights, mental health, inclusion and facilitating a safe space for open discussion of difficult issues. There is no other publication like what I’ve formatted here in San Antonio and its surrounding areas.

I lean heavily on my experience as an intuitive life coach, just as much as my skill as a photojournalist to curate raw, beautiful, messy, emotional and uplifting stories from individuals in various professions. As a female autist with ADHD and being part of the LGBTQ community, I aim to highlight marginalized communities and those living with disabilities and varied neurotypes as well. Essentially creating an artful mirror that offers another way to look at each other and build compassion and interest.

And of course it’s not heavy all the time. There are features exploring businesses, hip eats, entertainment and creative hubs. Essentially everything San Antonio is about, as well as arts, music and performance submissions nationally and globally. 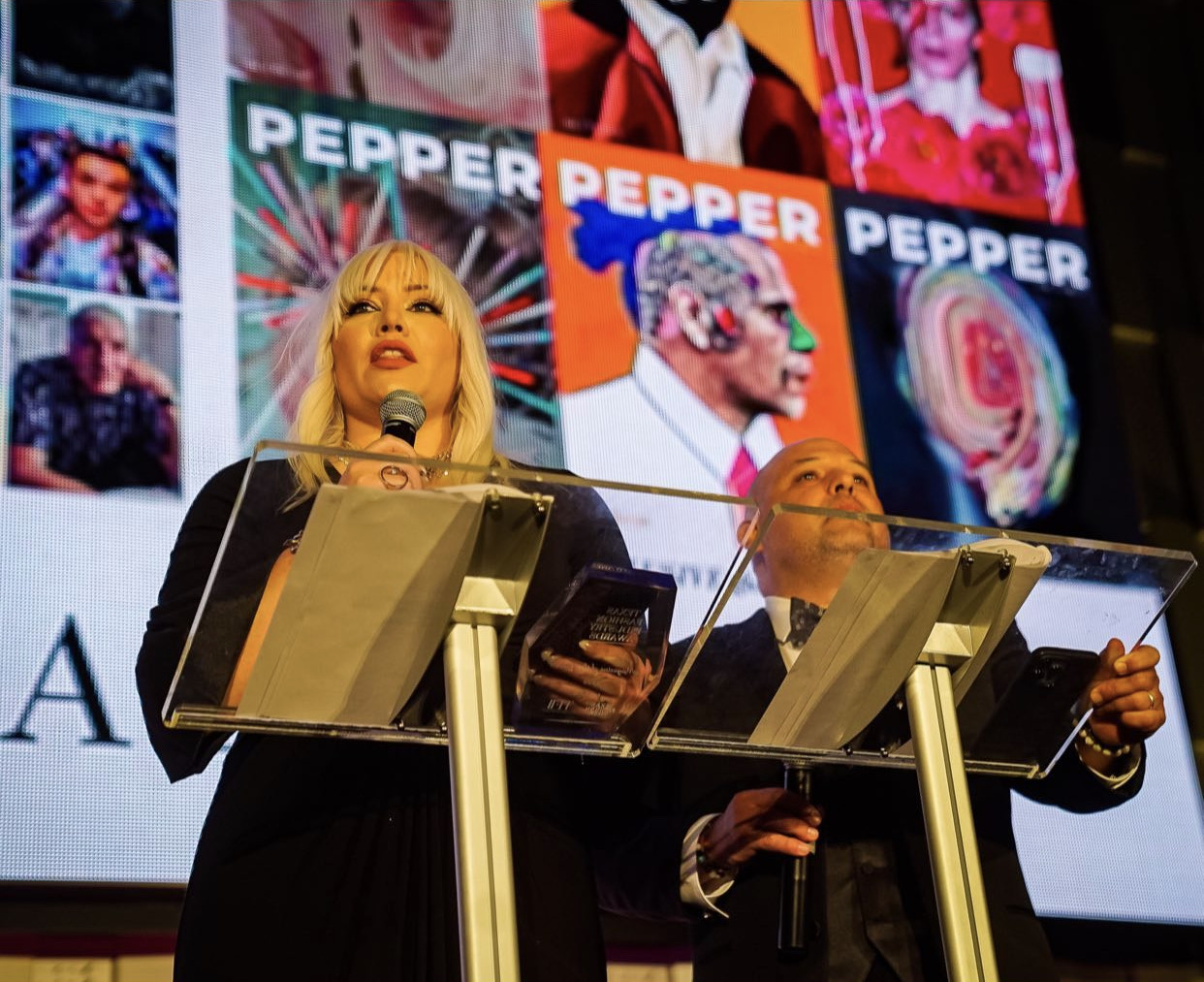 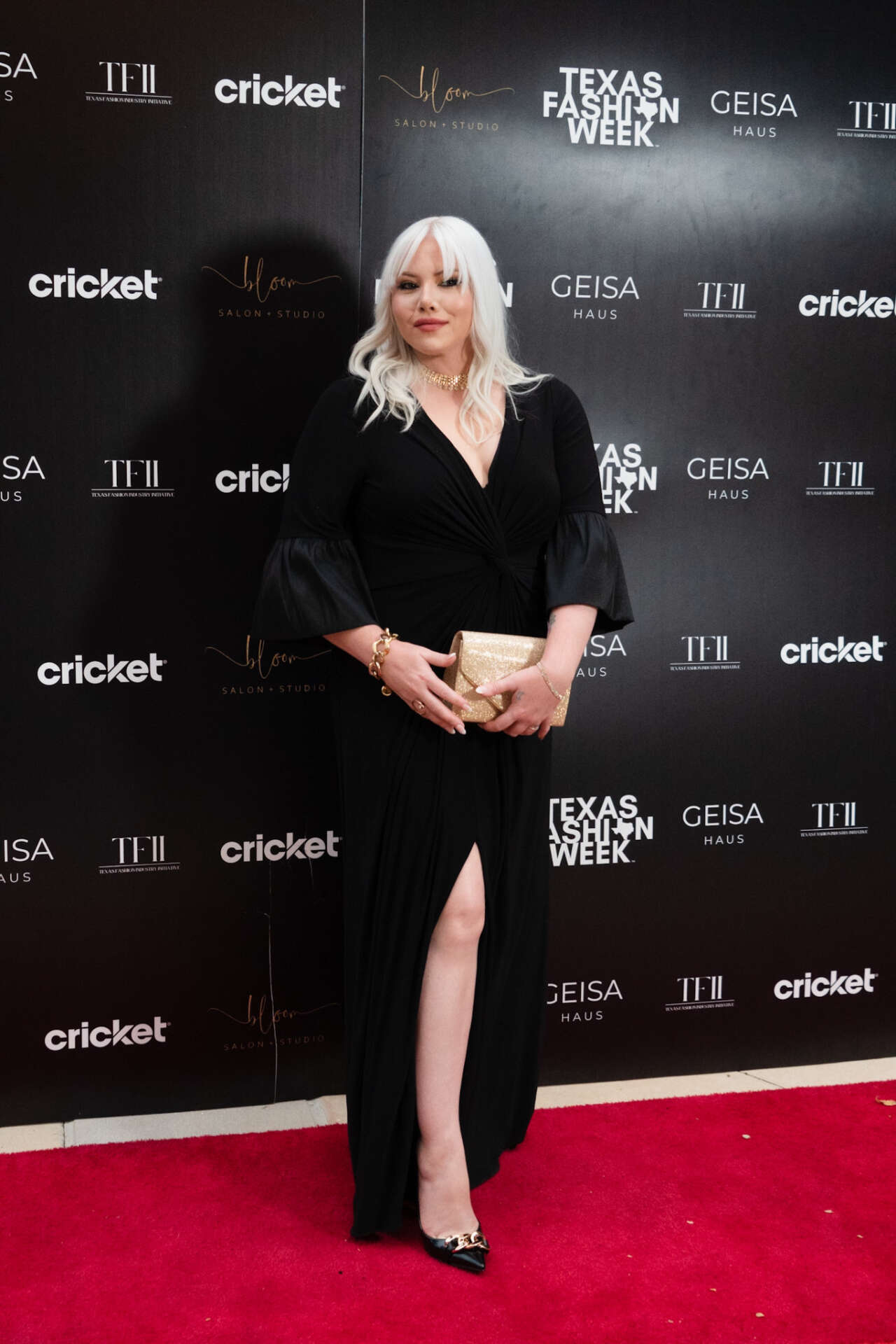 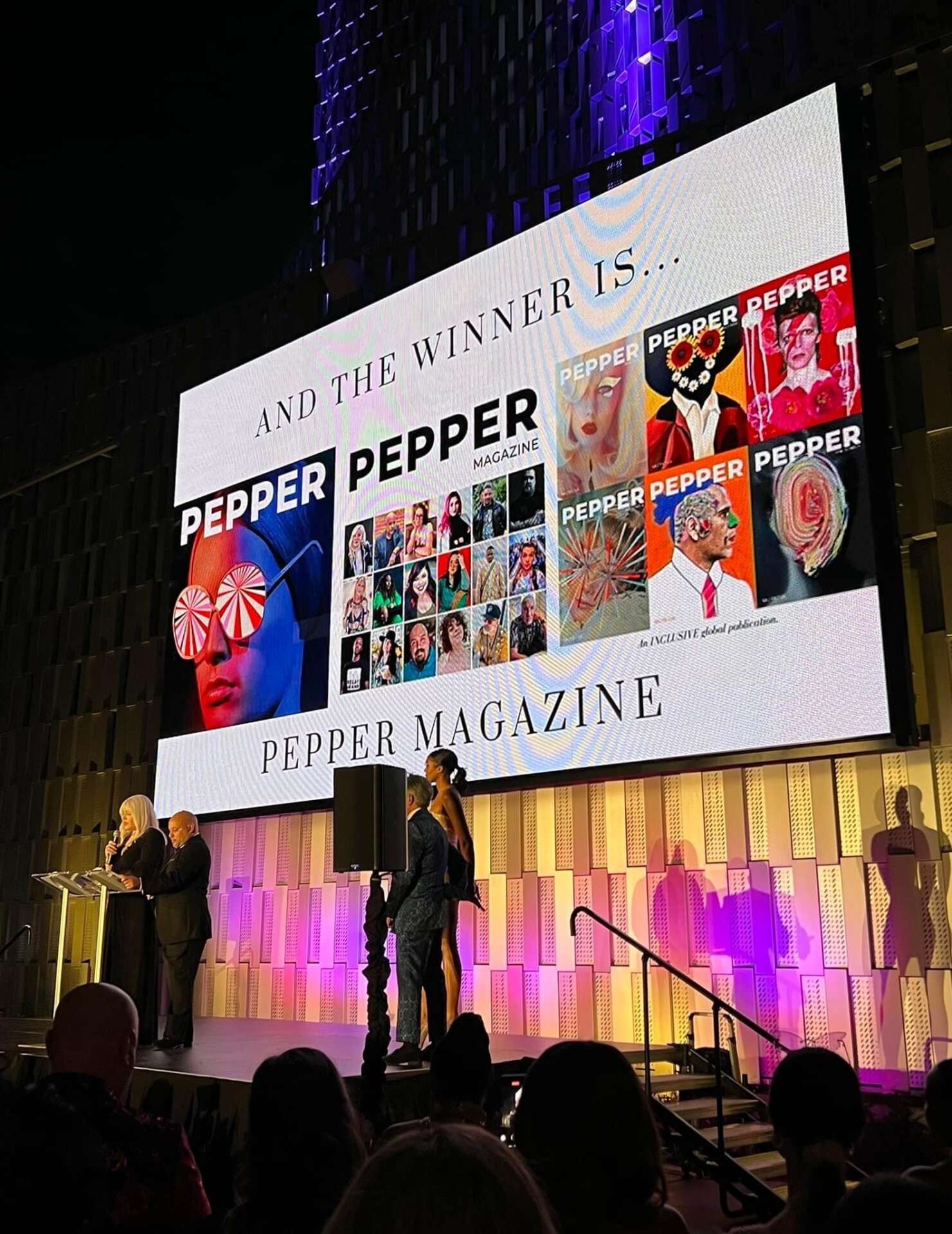 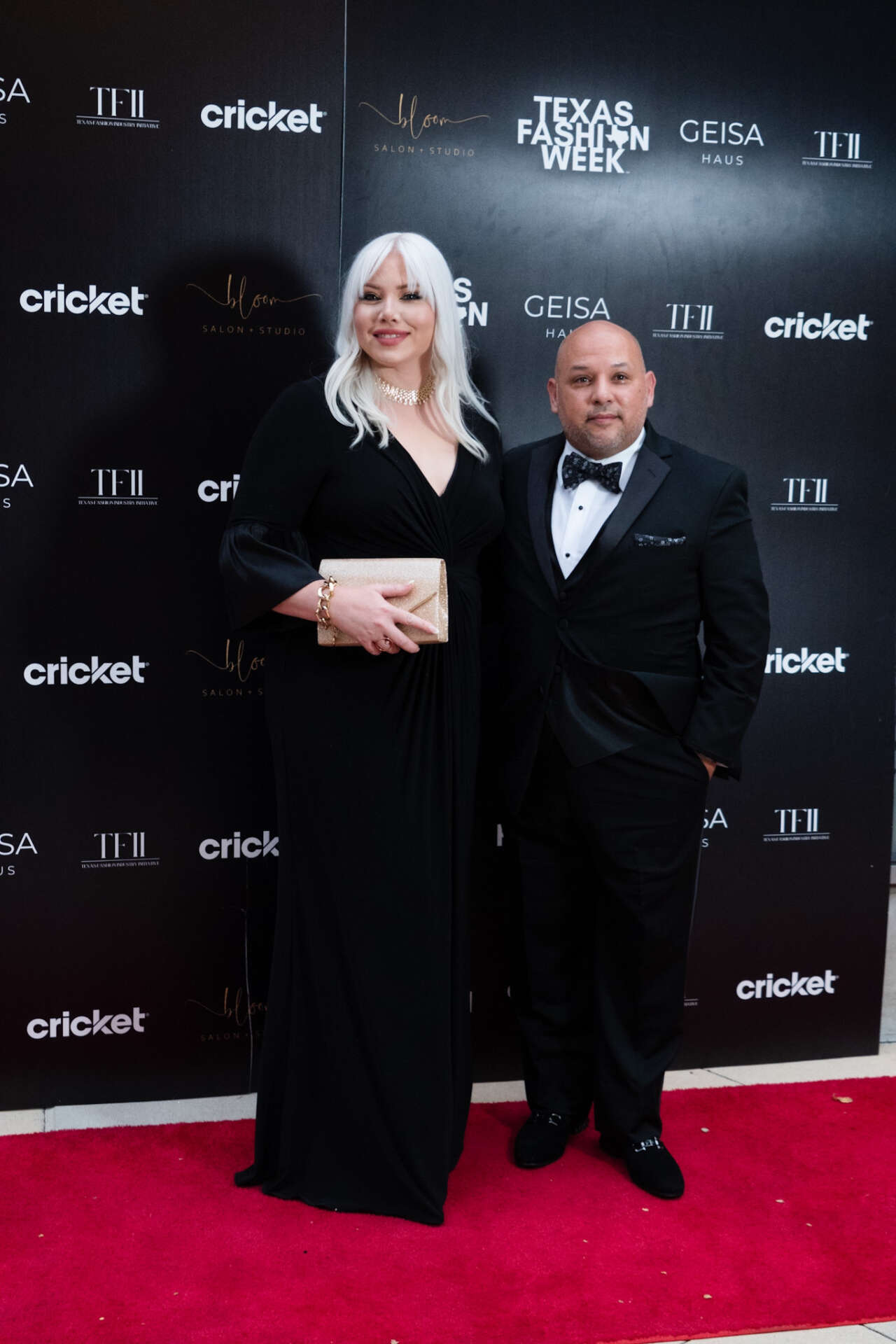 As I mentioned my modeling career, I think it’s important to reflect on the stark difference between that and what I’ve built with PEPPER. As a career, it lacked a depth of intellectual stimulation that I longed for. It fundamentally never really served anyone but myself, so I’d have to volunteer and engage in philanthropy outside of the modeling industry. I came to realize people and companies expected more and more from me, while bargaining to pay less and less for my time. By late 2020, it was no longer sustainable for me to pursue—financially, spiritually or psychologically.

In my hiatus, I honed my life coaching skills with a renewed vigor and sense of purpose. No longer distracted by the unpredictability of modeling gigs, I was able to sit with myself and get real about what I wanted to do, to build. It had to serve others as much as or more than it served me. It had to carry a greater purpose, but a practical one; I intentionally stayed away from over-complicated lofty ideals.

Finally, in March of 2022 I began outlining, structuring, assessing. By April, I’d announced our soft launch and the rest is (still currently unfolding) history. Shifting into publishing is the best decision I have ever made. 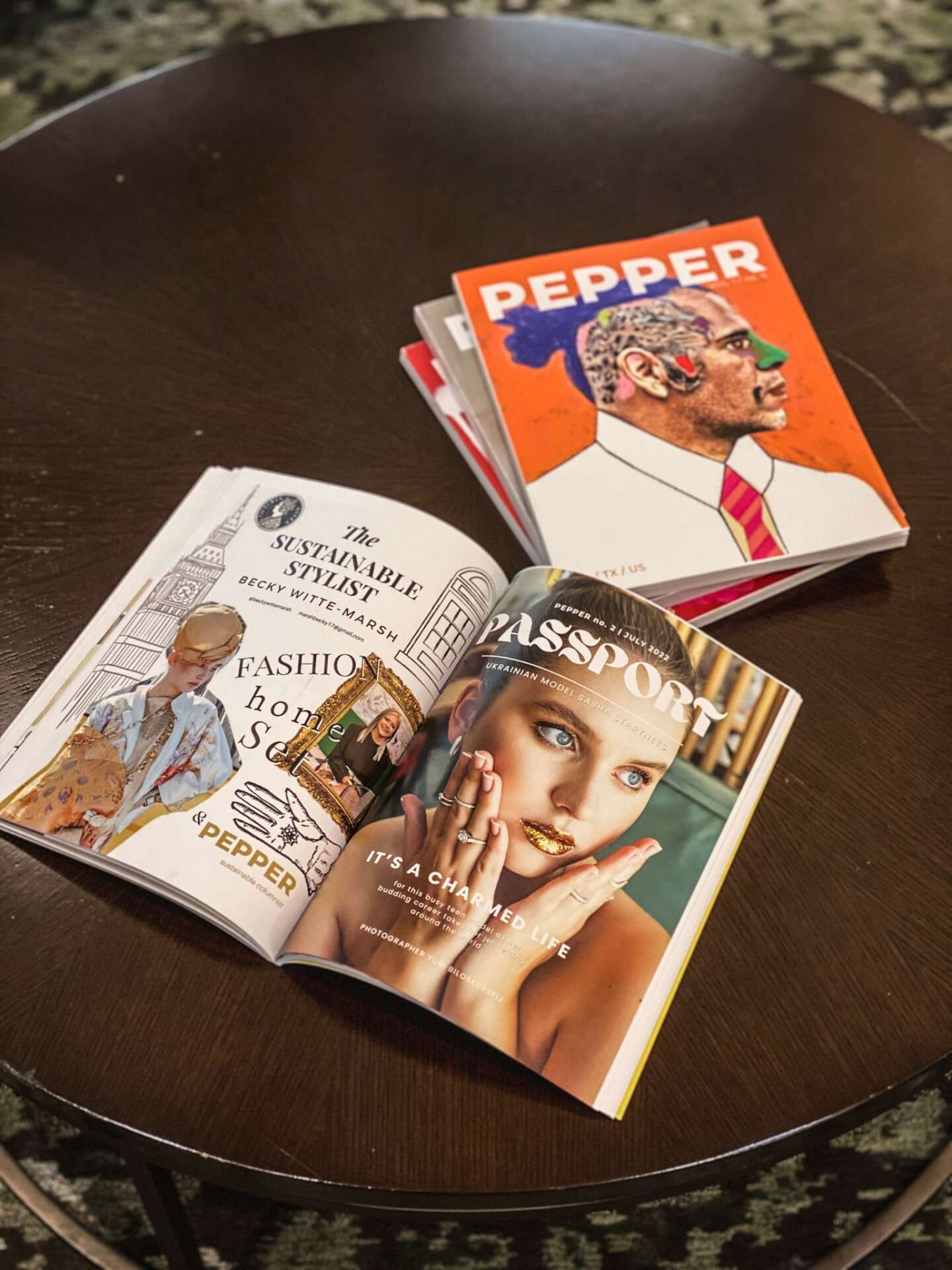 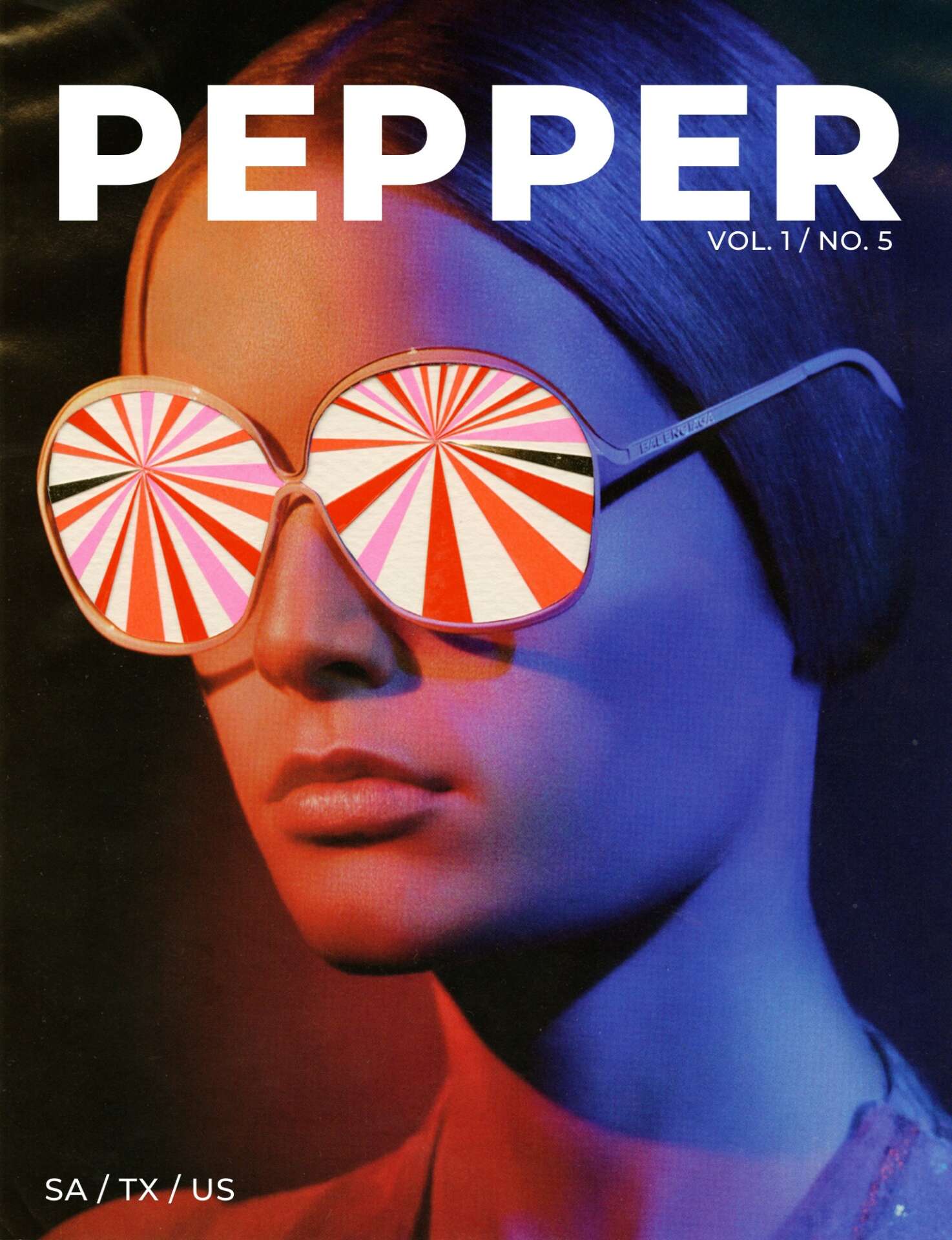 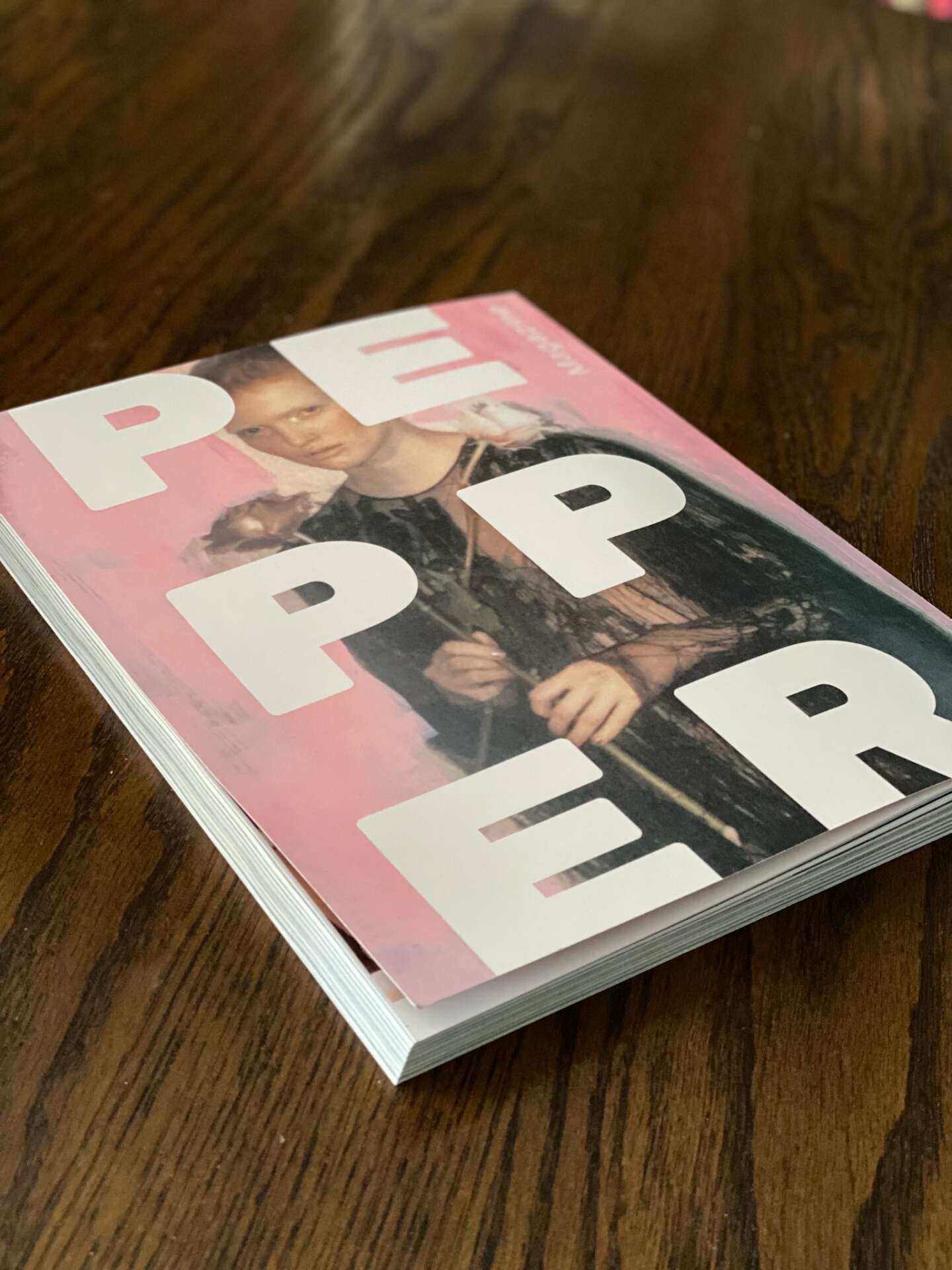 The saying, “money isn’t everything,” should be followed by “however, it is the ticket which gains you access to ALMOST anything.”

It’s not shallow or self-serving for creatives to expect fair payment for their services and creations. The stigma society has sociologically developed around questioning artists’ prices, their inherent value and the lack of appreciation for their contributions to humanity is not only appalling—it’s dangerous. Creatives and visionaries are the gatekeepers of civilization. Neglect of the arts and the creative sector is equivalent to shunning hope, imagination and innovation.

The best way to uplift and empower this underrated sector is to become a patron. Spend your dollars wisely on individuals who are seeking to make an impact. Institutions have the financial capability to develop stronger supports for starving artists, further education and funding for marginalized communities within the industry…I could go on.

The biggest takeaway here is the imperative notion of changing the way we view artists and the value of their contribution to the whole. It starts with truly ’seeing’ us.