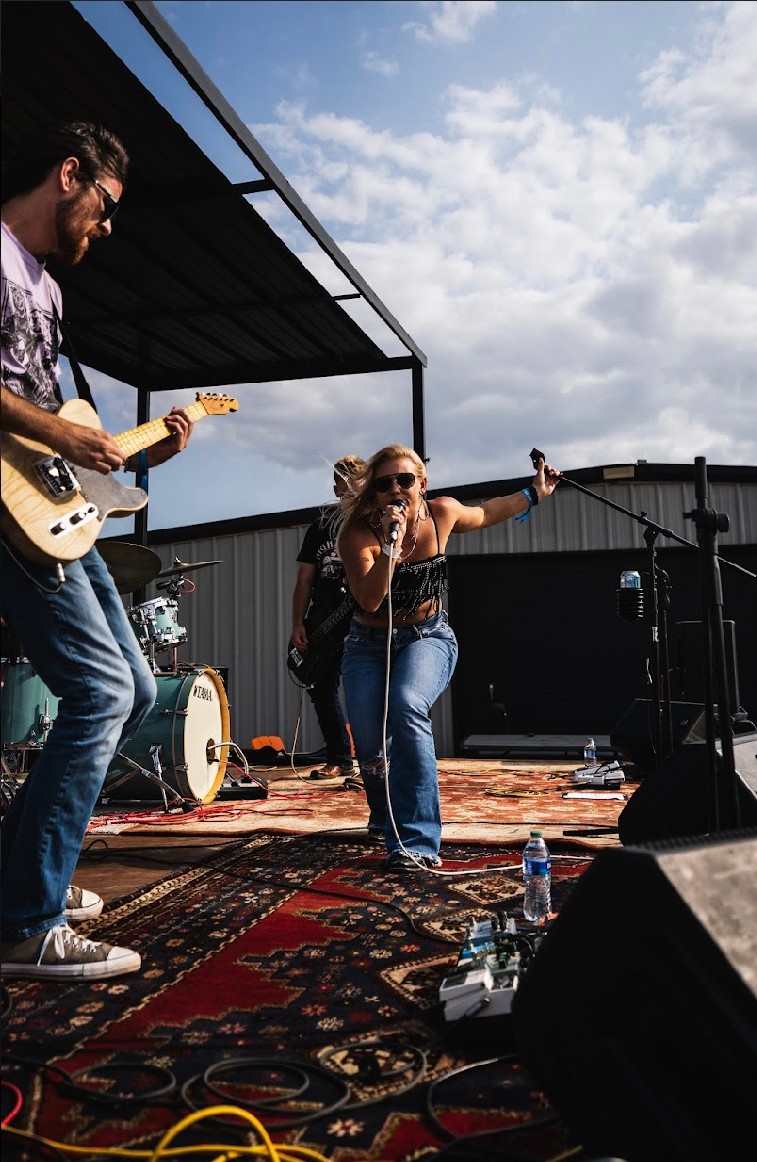 We recently connected with Adara Kay and have shared our conversation below.

Adara, looking forward to hearing all of your stories today. We’d love to hear about when you first realized that you wanted to pursue a creative path professionally.

I’ve always known I wanted to be singing from the time I was 3 years old. I would make up songs and perform them at family gatherings, but the moment I absolutely knew 100% was when Rick Springfield pulled me onstage with him to sing “Don’t Talk to Strangers” as a second grader. Feeling that adrenaline rush at such a young age, I knew I wanted to continue to feel that way! And so my life began to revolve around music. 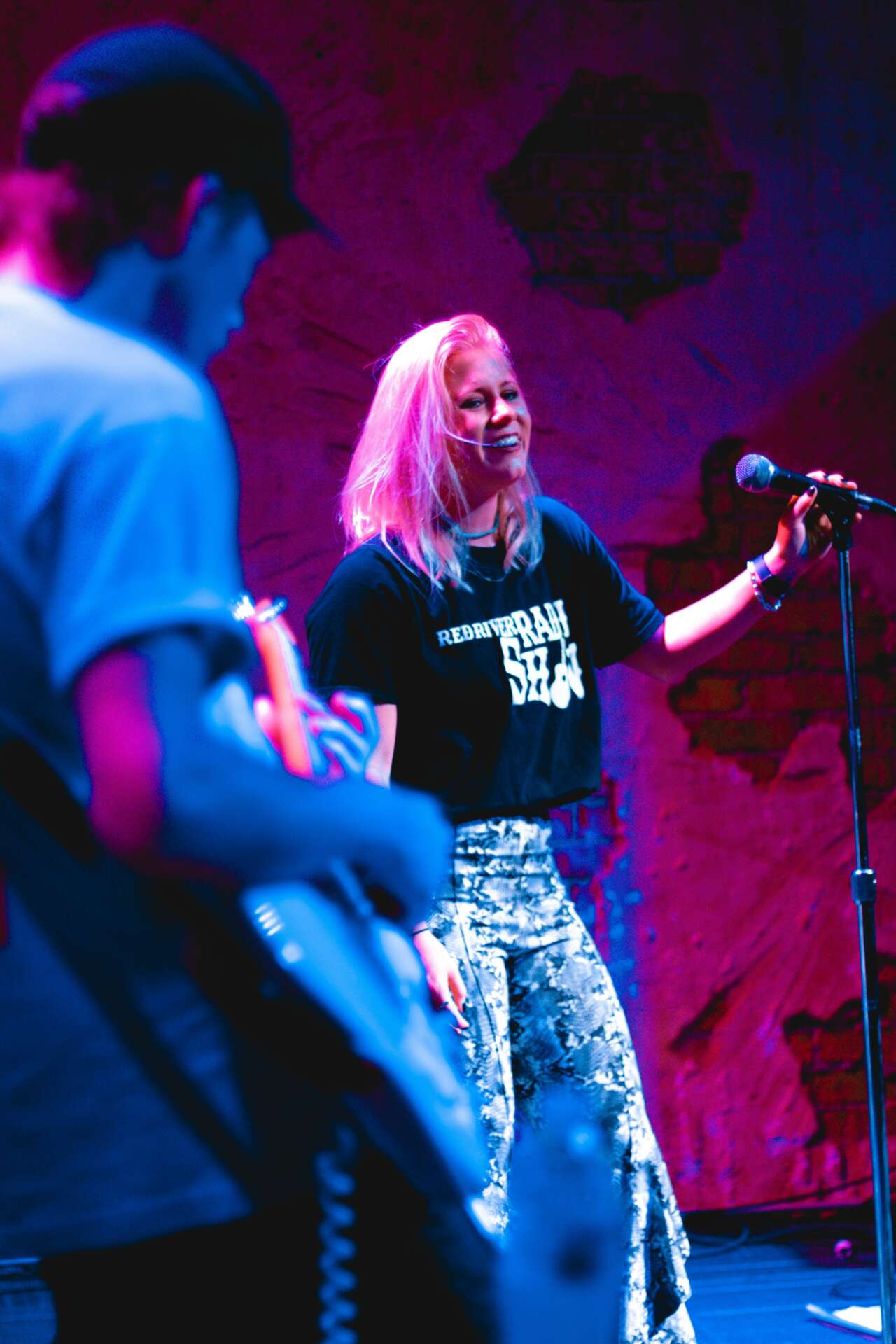 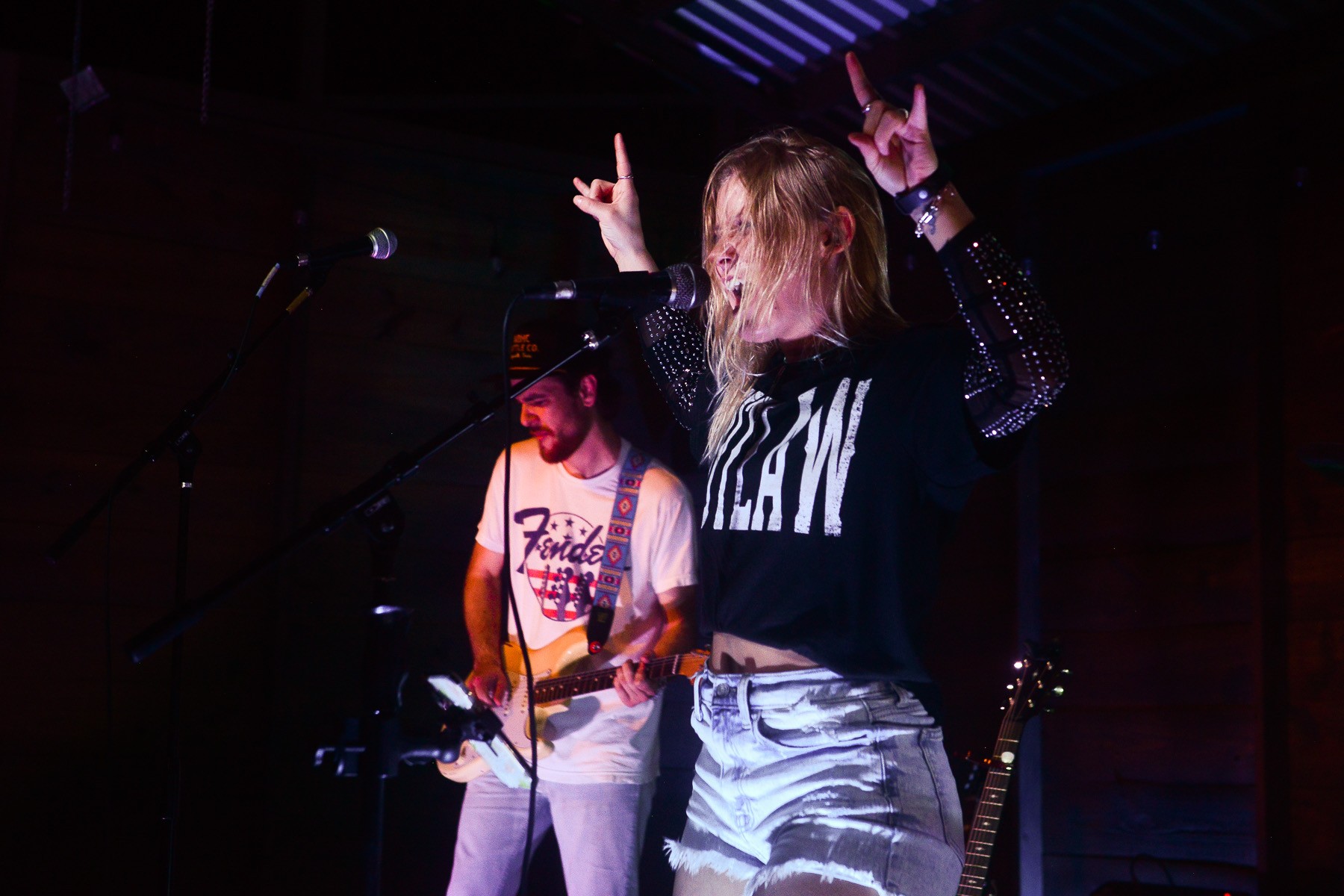 Hey y’all! My name is Adara Kay. Im an independent artist from southern Oklahoma. I’ve been performing around OK since 2019 & around Nashville for the past three years. I started my career as an acoustic act who accidentally got my first gig. Yes, accidentally. The guy who booked me had never heard me sing before, he just heard other people talk. He offered me the gig & then freaked out, keeping his fingers crossed that I was decent. That was in 2017, my senior year of HS, opening up for Sundance Head.
Since then, I gained a band from Academy of Contemporary Music @ the University of Central Oklahoma, and have opened up for acts such as David Allen Coe, Gary P. Nunn, Casey Donahew, Jackson Taylor, Mickey & the Motorcars, Sarah Shook & the Disarmers, AC/TC, and the Outside City Limits Prr-Party!
We are continuing to grow over the years and are branching into Kansas & Texas areas. Our sound has strong elements of both country & rock genres & our stage presence is presented as high energy with grit.

When I first started, I never knew how people would take my music. Fast-forwarding four years in, I have 13k TikTok followers & my monthly listeners are continuously growing. I’d say the most rewarding thing as an artist is knowing that there are people out there connecting with my music & have felt what I felt when writing them. I’ve had people tell me my music has helped heal them— I can’t begin to explain that feeling of gratitude. 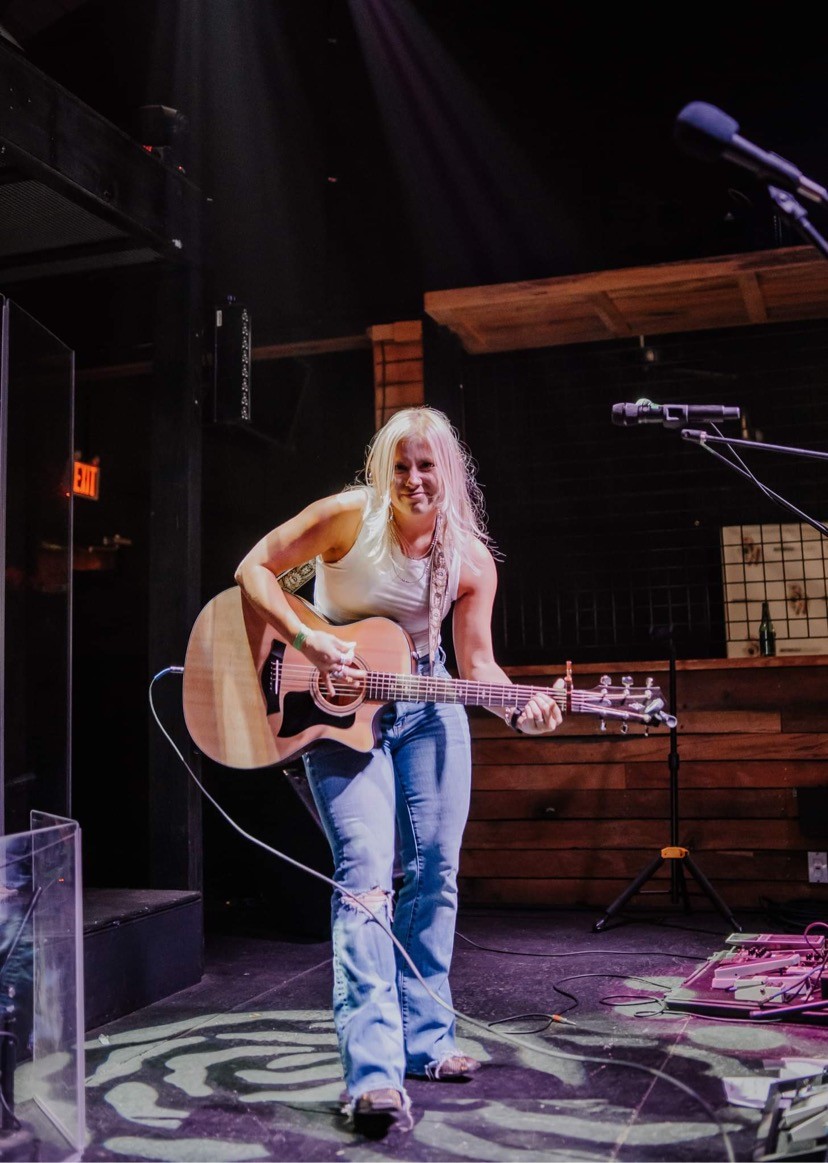 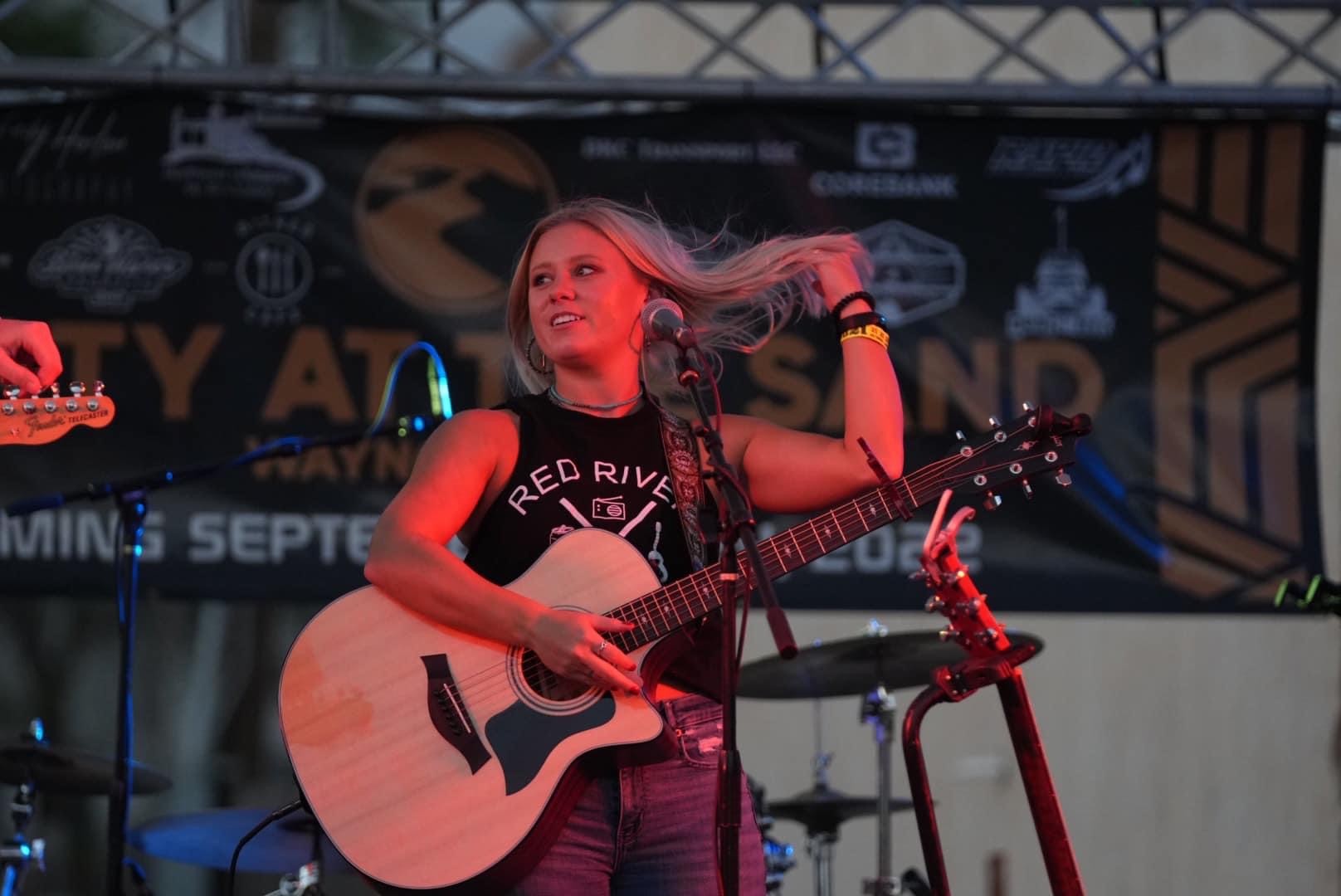 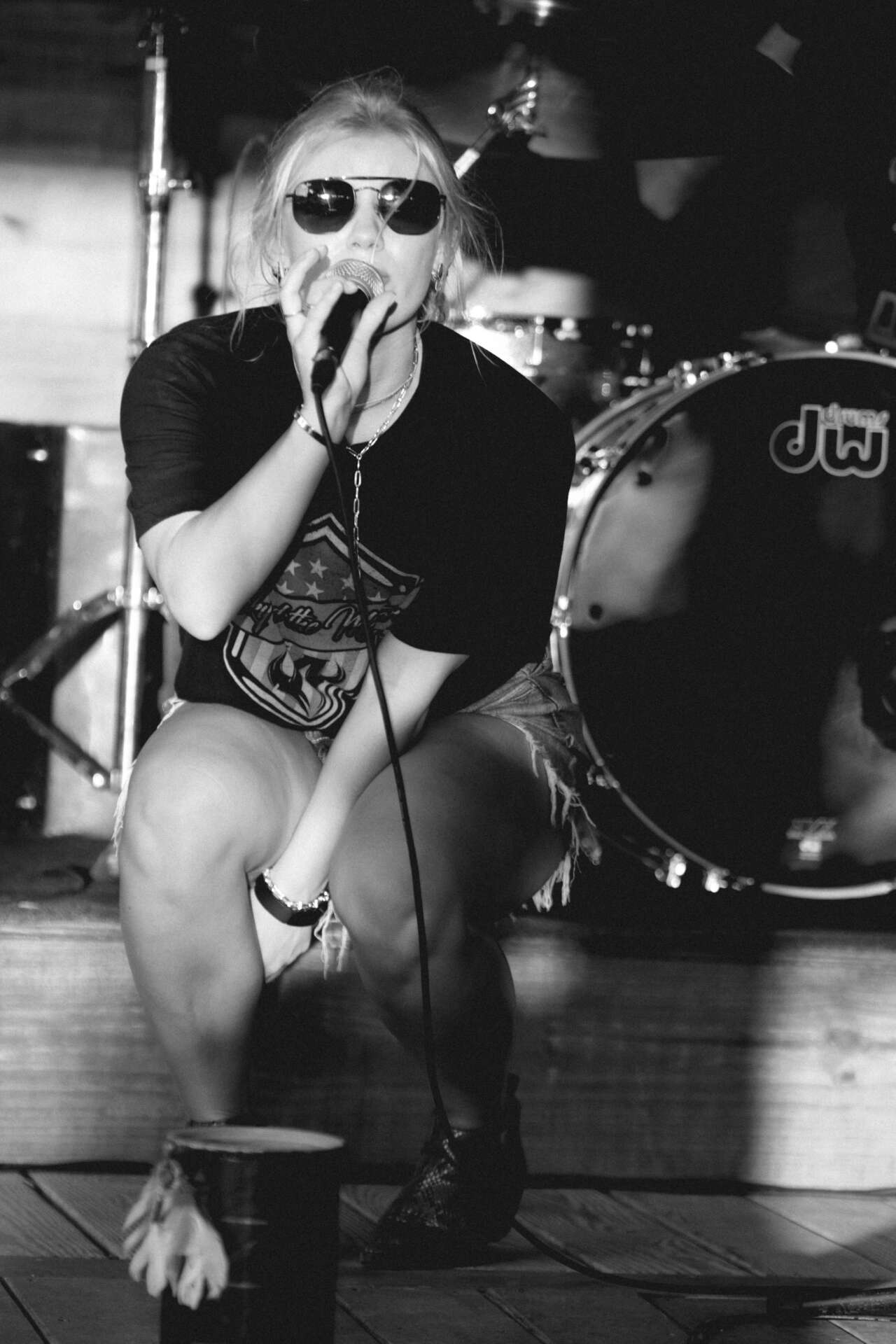 In August of 2019 I moved 12 hours to a new state where I didn’t know a single soul, alone. Small town Oklahoma girl moved to the big Broadway lights of Nashville. I finished my schooling at MTSU & made my debut on Broadway singing with the Double Shot Band. I was making contacts & connections with Publishers, Labels, Songwriters, Agents, and more. But I felt like I was stuck. I was constantly flying back to OK to play shows with my band instead of finding new places in Tennessee.
I had a meeting with Becky Gardenhire (WME), she told me if I wanted to make it as an artist I would need to travel outside of Nash and more into Kentucky or Alabama. So once again, I was starting over. Then she brought it to my attention that I had a decent fan base in Oklahoma. I had my band back home & I was flying home each month for gigs. So why was I still in Tennessee? My pride. I felt if I moved home, I’d have failed.
I soon realized, I had to swallow that pride in order to move forward in my career. I moved back to Oklahoma this past July and have played a show every weekend since.