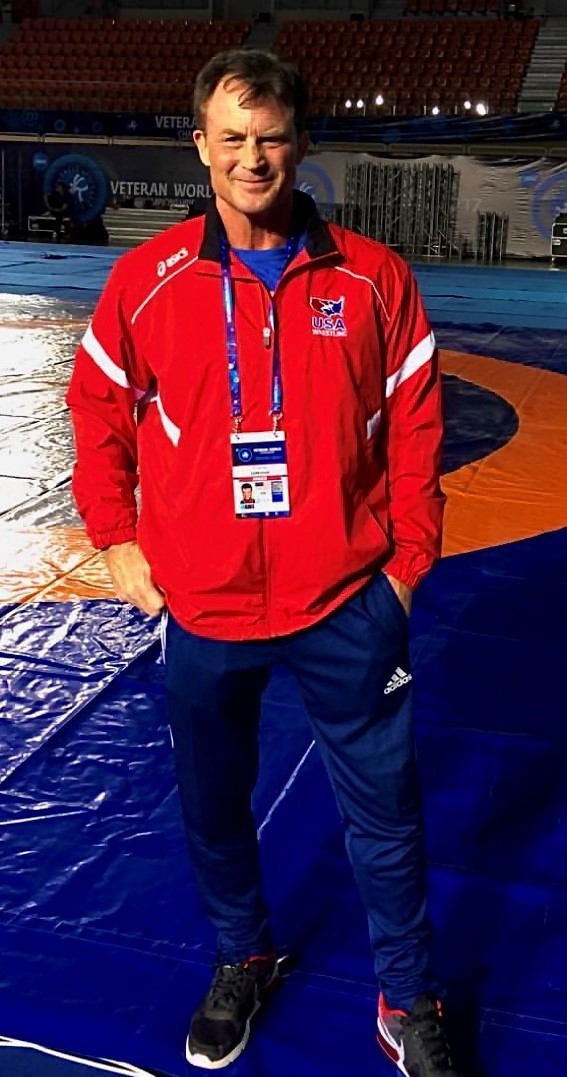 We caught up with the brilliant and insightful John Hanrahan a few weeks ago and have shared our conversation below.

As a student athlete at Penn State University, I studied exercise science, but it wasn’t until I experienced the power of a “one on one” training session with the renowned Strength Coach, Dan Riley. I emphatically did not want to do it, I hated the weight room mentality that I had witnessed as a young athlete, usually it was a guy screaming at you using negative motivation telling you to get it done or you are a (fill in the blank). I was reminded by our Head Coach, that I was on a full athletic scholarship and strength & conditioning was a mandatory commitment.

I stubbornly and nervously arrived at my first session with Riley, I had heard horror stories from the football players at how devastatingly tough Riley was. He greeted me enthusiastically and explained that we were about to perform his HIT (High Intensity Training) method of training, explaining that we can lower a much heavier weight than we can lift. We dug in to the first exercise right away. His vocal positivity was infectious, I worked harder than I ever would have on my own and he and let me know how hard I was working all along the way. When I’d reach failure on the particular movement, he’d become even more exuberant, “that’s the goal!” he’d exclaim and then he’d assist me just enough to help me complete the positive rep. He’d remind me that the real gains are made in the lowering phase and challenged me to try and stop the weight from lowering. I enthusiastically and painfully dug deep trying to stop the negative descent, feeling deep muscle fibers in play – taking on Riley’s increased resistance with his body weight pressing on the weight stack in the lowering phase.

Not only did I learn first-hand about HIT variable resistance training from coach Dan Riley (who went on to become a legendary NFL S&C coach), I learned the power of sincere, empathetic positivity that he exuded with me on that day and for the duration of every other session. I cherished my time spent with him in his strength lab thereafter. It was not only a “light-bulb moment” as to how I wanted to inspire others to reach their goals – I can honestly say it enabled me to be my best and to complete my wrestling career as PSU’s “All Time Wins” leader. 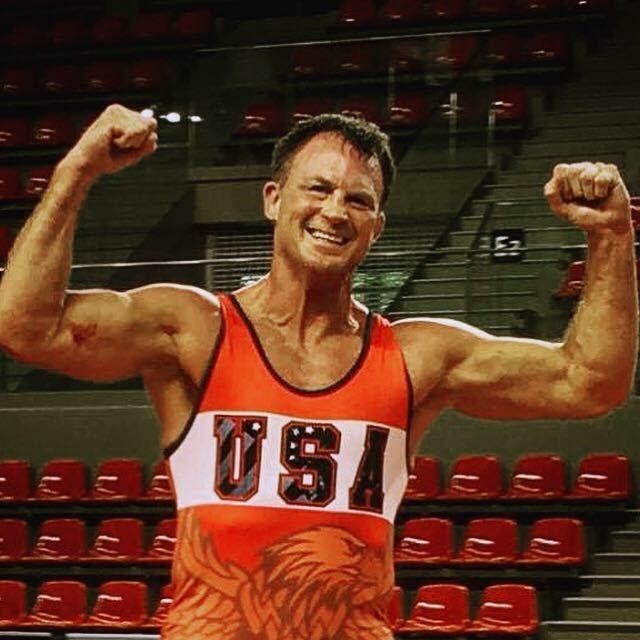 I graduated Penn State University where I studied exercise science while also becoming a champion collegiate wrestler. During a televised match I was discovered by a prominent agent which soon led to me working in fashion markets around the globe, appearing in hundreds of ads, tv commercials, designer campaigns and magazine covers.

My book Wrestling with Angels depicts an incredible journey, of a wrestler whose broken nose face (which had been cut open and stitched back together eight different times from hundreds of  grueling wrestling battles), suddenly finds himself working with the world’s supermodels.

I was featured in Interview magazine’s iconic Olympic issue as one of America’s top athlete’s vying for a spot on the US Olympic Team, but tragically incurred a near death experience. I’m certain I came back for a reason – and that reason is to now share what I have learned and to share my full unvarnished story in my book, Wrestling with Angels. I describe how I continued to work amidst the craziness of the world fashion markets―Milan, Paris, Zurich, Tokyo, and New York―while trying to find my way forward, helping others and gaining a life worthy of the one he had miraculously regained.

GQ featured me as “The Guy to Know for Fitness” and Allure rated John Hanrahan as “The Best Personal Trainer in Los Angeles” while Men’s Journal has featured me among America’s Best Trainers. Check out my amazing story and inspiring, gut-wrenching book, Wrestling with Angels. 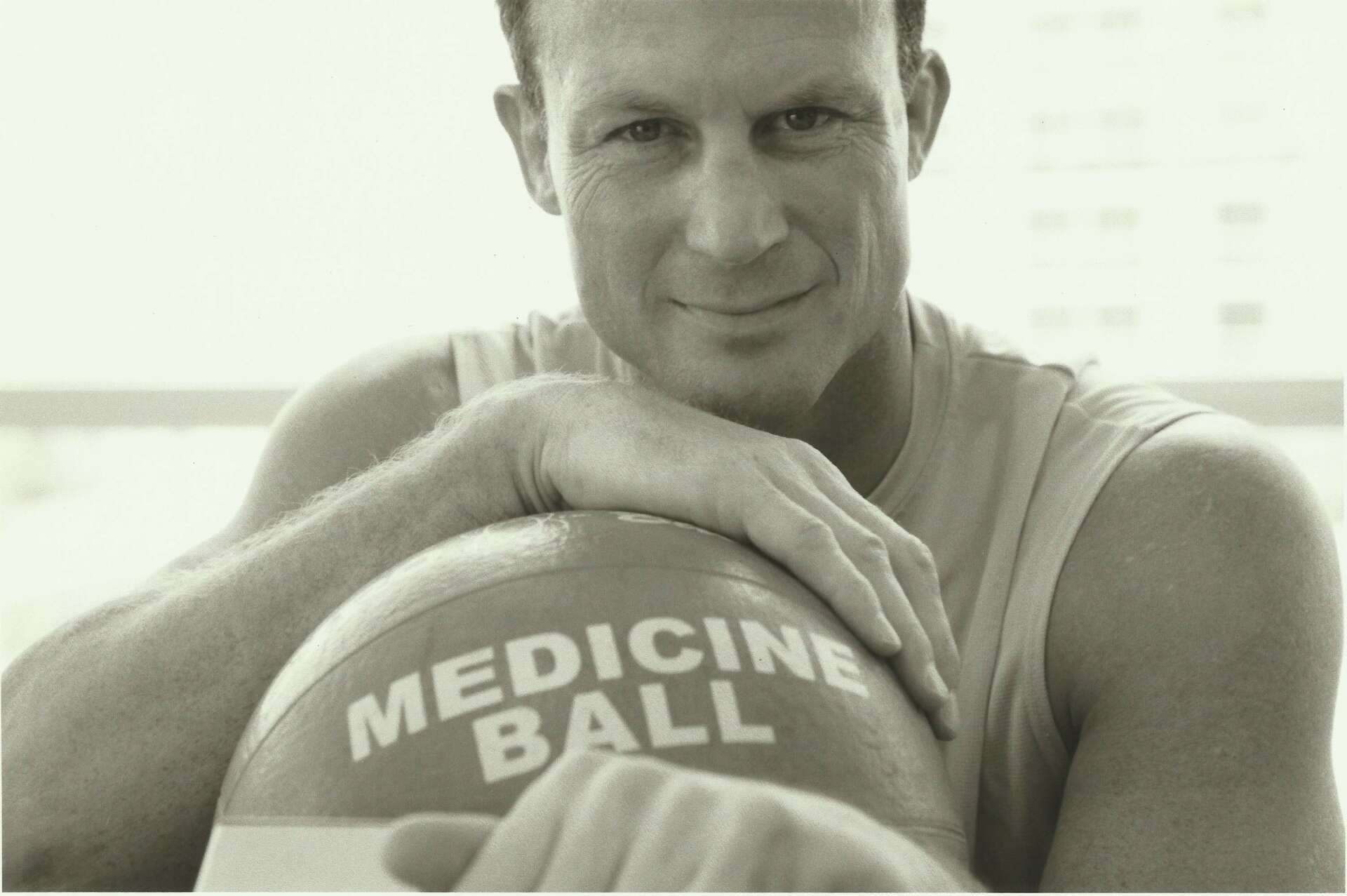 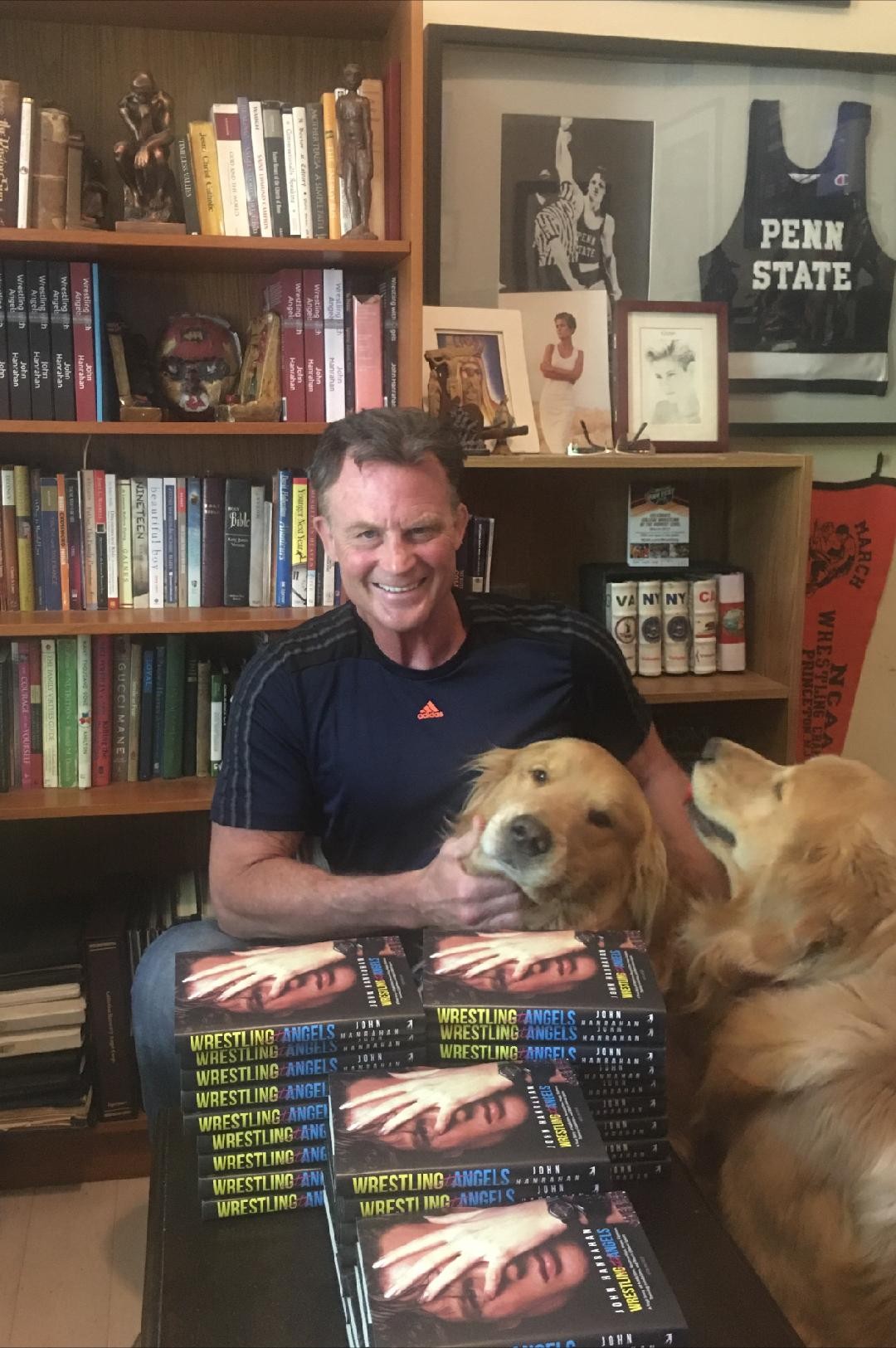 I assisted in opening and operating Manhattan’s marquee training facility, La Palestra, Center for Preventative Medicine. I garnered a reputation in the highly competitive NY city market which allowed me enough notoriety to take on the Los Angles fitness market. Within the first year my notable client roster of Hollywood moguls who were “getting results” snowballed. Media outlets took notice, and I was proclaimed as “The Best Trainer in LA” by Allure magazine and featured in GQ as “The Guy to Know for Fitness”.

I credit my success to being a true dedicated exercise science professional who can assess, design and implement the appropriate program to progress each individual towards their goal. I’m a Stress Imposer that’s what I do. I impose carefully designed doses of appropriate stress (exercise) to allow for complete recovery and healthy adaptations. My clients becoming stronger in every way – emotionally, physically, and mentally.

Losses in life test us and help us learn about ourselves. As a collegiate freshman competing in the NCAA D1 arena of college wrestling I began my freshman year on a remarkable winning streak. I had fifteen wins under my belt and then it happened. I lost a heartbreaker, and then three days later I lost again, the following day I was pinned in a humiliating loss, three days later I lost to NC State the following day I lost to my UNC opponent. I had never ever endured such a losing streak since beginning in the sport in second grade. I spiraled into a depression and my mind filled with self-doubt. I isolated and wanted to go to sleep to and forget about the reality of feeling the losses. I knew I was in a tough hole and there were more fierce opponents coming at me every few days, none would be easy.

It took a mind shift on my part; I began to not dread the fear of losing but to embrace the possibility of giving my best effort. Easier said than done but I learned a lot about myself and slowly dug myself back to my winning ways. I turned things around and even qualified for the NCAA nationals and ended the season named to the Freshman All American first team.

To this day as I work with individuals suffering from anxiety and depression I think back as to that experience and others in my life when I was filled was self-doubt and things seemed unsurmountable. It fills me with the empathy needed to help inspire and empower those in need of an upwards lift from their burdens.