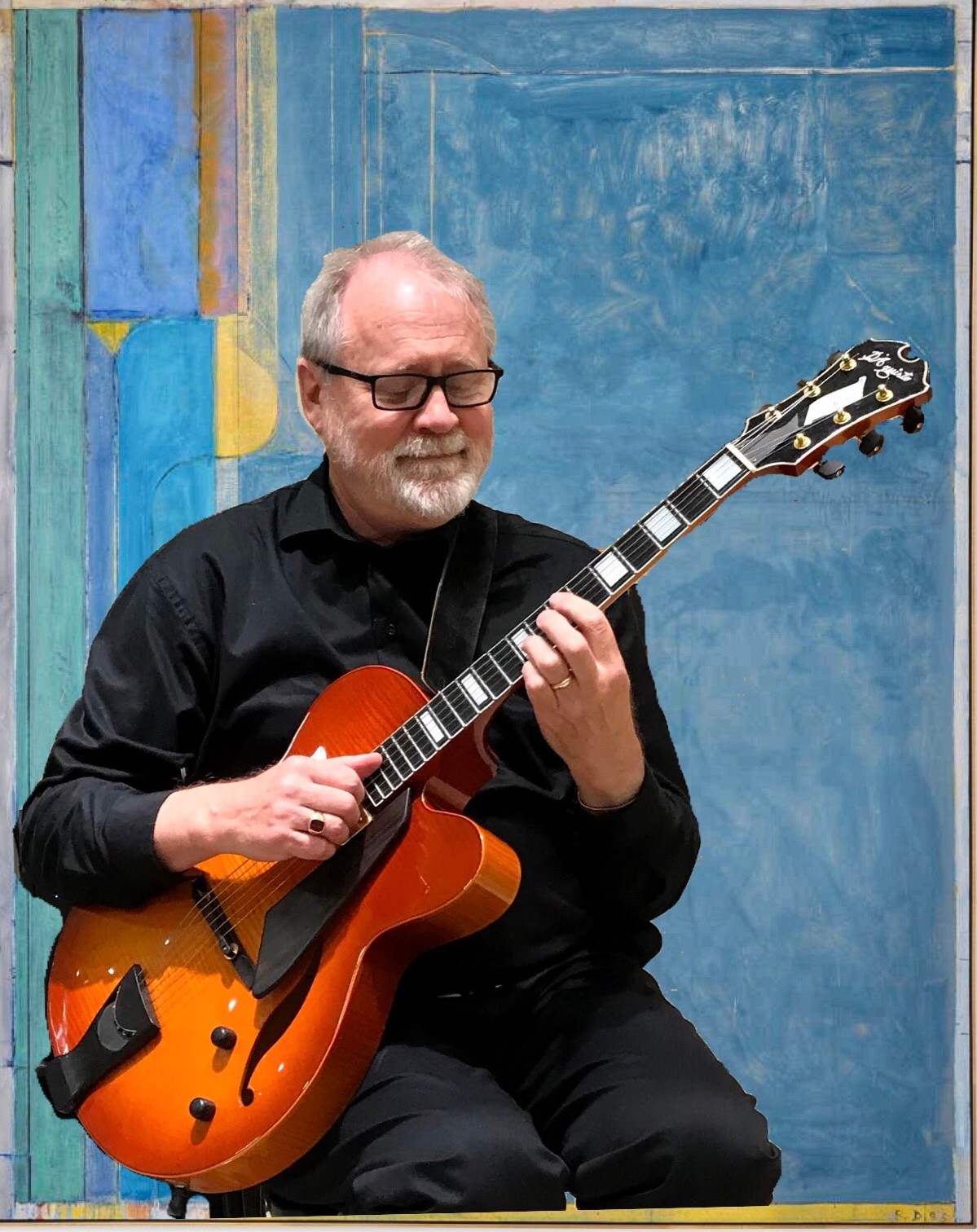 We were lucky to catch up with Dave Lincoln recently and have shared our conversation below.

Hi Dave, thanks for joining us today. Let’s talk legacy – what sort of legacy do you hope to build?

Being a jazz guitarist, there’s a lot of emphasis placed by fellow musicians on purely technical aspects of playing your instrument: how fast you can play, what creative ideas you can play, and how long you can sustain inventiveness over the course of extended soloing. It’s a sort of “Ninja Warrior” discipline in jazz that I fully embraced in my youth. At my core, I’m a very empathic human being and I’ve realized over the past decade, as I’ve changed course, and forged a successful solo jazz guitar career, that music’s primary mission in the world is to meaningfully embrace the souls of those in its path. Perhaps my greatest gift as a musician is my attention to beauty of touch, tone, and phrasing: the ability to “sing” through the strings of my guitar, something that jazz guitarists have typically never placed supremacy to, in the way that blues and rock guitarists like B.B. King and Carlos Santana have. So, in focusing on solo jazz guitar work I’ve dedicated myself to using this strength to REALLY “sell” my passion for Great American Songbook standards to audiences that often have little experience with them. This year marked my fiftieth of performing in front of audiences, and as I reflect back, it’s been a tremendous personal awakening to why I play music and what audiences really need. I’ve learned that listeners enjoy a measure of razzle-dazzle, but they really yearn for music to transport them to the core of their humanness where they feel alive and connected with their feelings. Blues musicians have an expression about the best music of their genre: “it hurts so good”. On the surface, this doesn’t sound particularly good, but what the Blues men are saying is that being connected to a feeling, any feeling, is to really feel ALIVE. I strive to always remember this when I pick up my guitar. Even after fifty years, there’s still much more music to come. I hope my legacy will be of a guitarist that reflected his own humanity through his playing and made life better for all the people that he was blessed to play for. 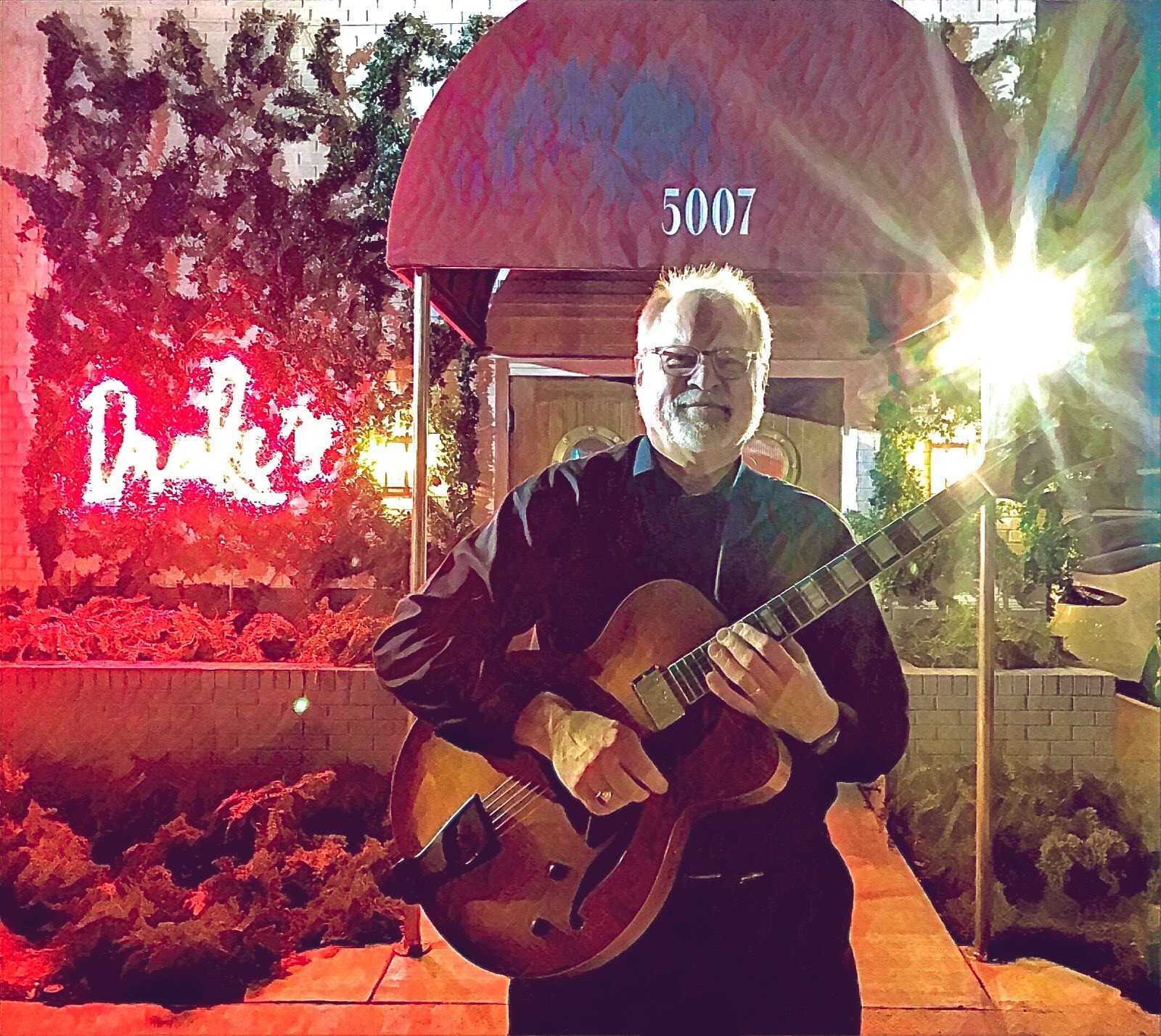 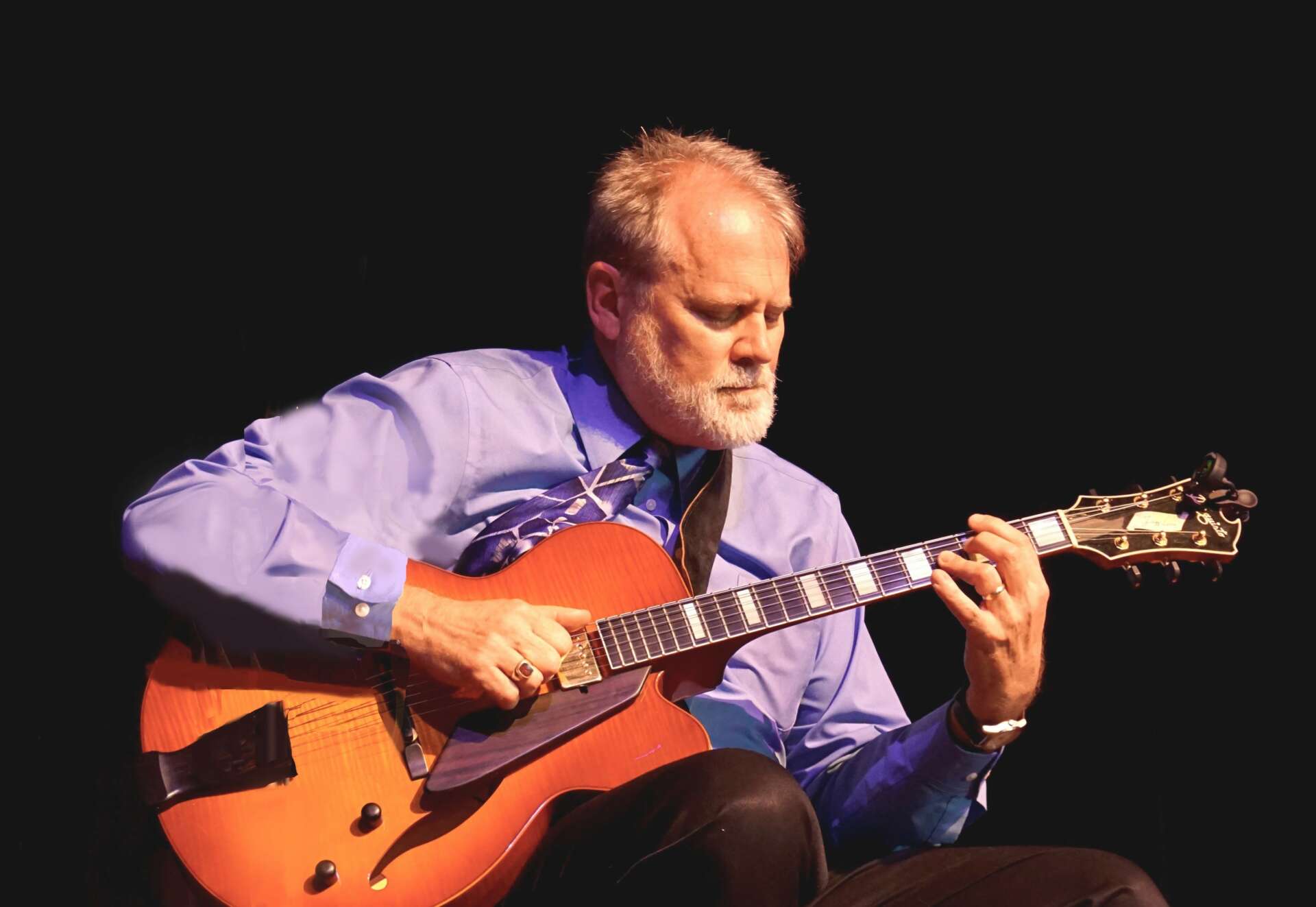 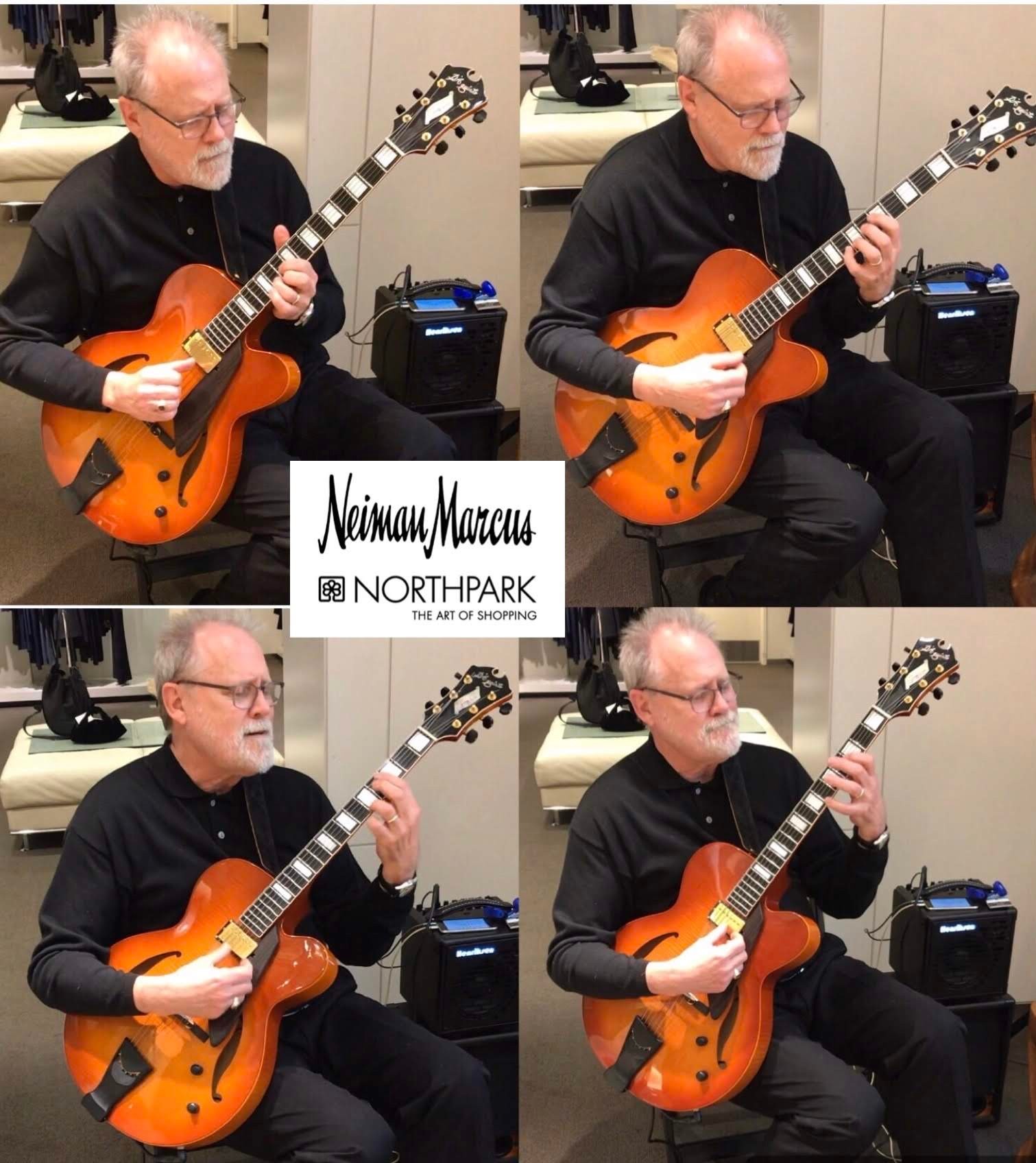 I grew up in Fort Worth and began playing guitar at the age of thirteen. At age fourteen I played my first professional engagement and have been an active performer ever since. Outside of a year of college music theory, and scattered private lessons along the way, I’m mostly a self-taught musician. I have gained a reputation for being able to convincingly cover a broad range of guitar styles, but, by my Junior year of High School, jazz guitar became my true life’s passion and obsession.
Over the course of my career, I have performed at numerous large scale events across Texas, with concerts in Los Angeles, New Orleans, San Francisco, Seattle, Denver, and Atlanta. In the DFW area this includes many years playing the Steeplechase Ball, Assembly Ball and Crystal Charity Ball. In my career, I’ve performed as a sideman for The Miss Texas Pageant, The Texas Film Awards, Sheena Easton, The Rat Pack, The Jersey Boys, and Texas Blues Legend Robert Ealey. I have performed on the same bill with an amazing list of performers, including: The Fabulous Thunderbirds, Burt Bacharach, Betty Buckley, Huey Lewis and The News, The Spinners, KC and the Sunshine Band, Paul Revere and the Raiders, Delbert McClinton, and many more.
Although I continue to do some sideman work, over the last decade I’ve concentrated on my work as a solo guitarist playing jazz under my own name. As a featured artist, I’ve played concerts for UTA, TCU, and Texas Wesleyan College. I’ve also been a regularly featured artist at The Dallas Arboretum, Neiman Marcus, The Hall Arts Hotel, The Hotel Crecent Court, The Fort Worth Botanic Garden, and a number of local wineries. The greatest honor was being asked to play two solo jazz guitar performances in recital halls within the Winspear Opera House as a part of the Grand Opening Week Gala of the Dallas Center For the Performing Arts: October 2009.
I’m embarking on my sixth decade of being a performing guitarist. My skills continue to grow and refine. I’m convinced that my best days are ahead.

In all my life’s work the number one attribute of building a positive reputation is first being a human being that it comfortable for others to work with. Skills, of course, are very important, but being a person that is reliable, humble, and dependable are what carry you into sustained work. I have a great love of humor and try not to take myself too seriously. Humor has been one of my greatest personal assets. In life there is “doing” and “being”. Doing is about the act of delivering the service you provide. Being is about “who you are” as a human being. Focus on being a quality human being !!!! 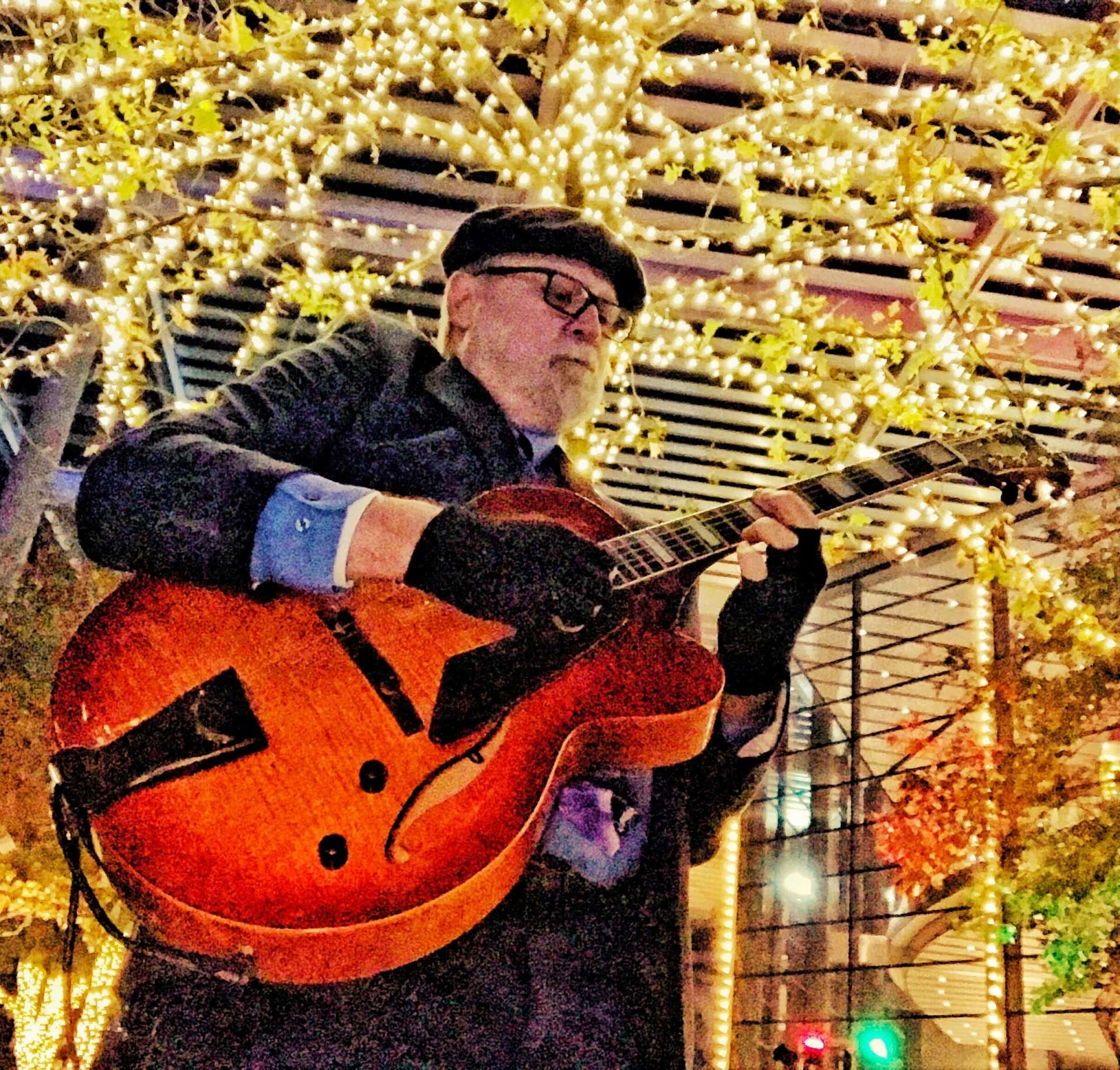 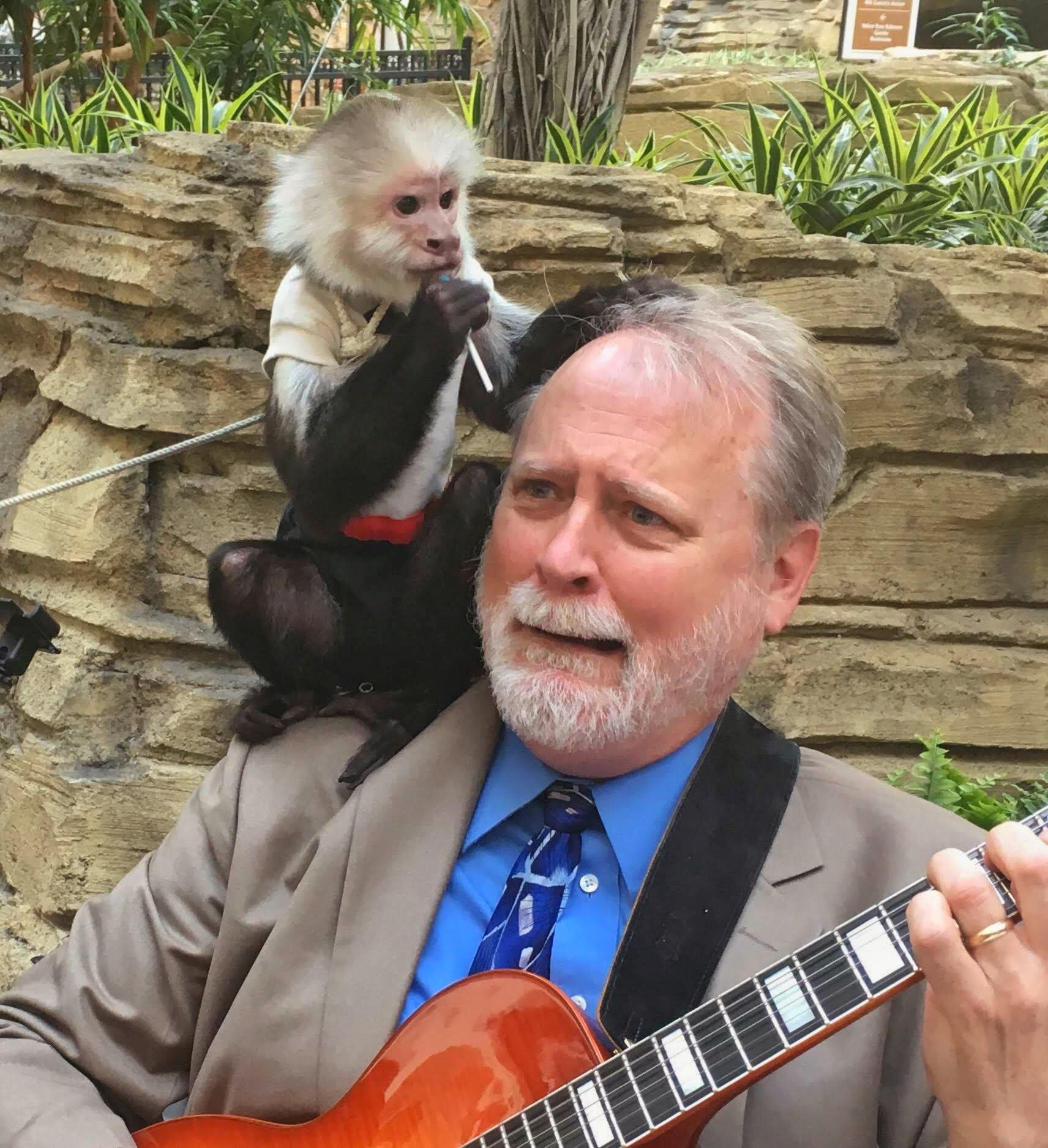 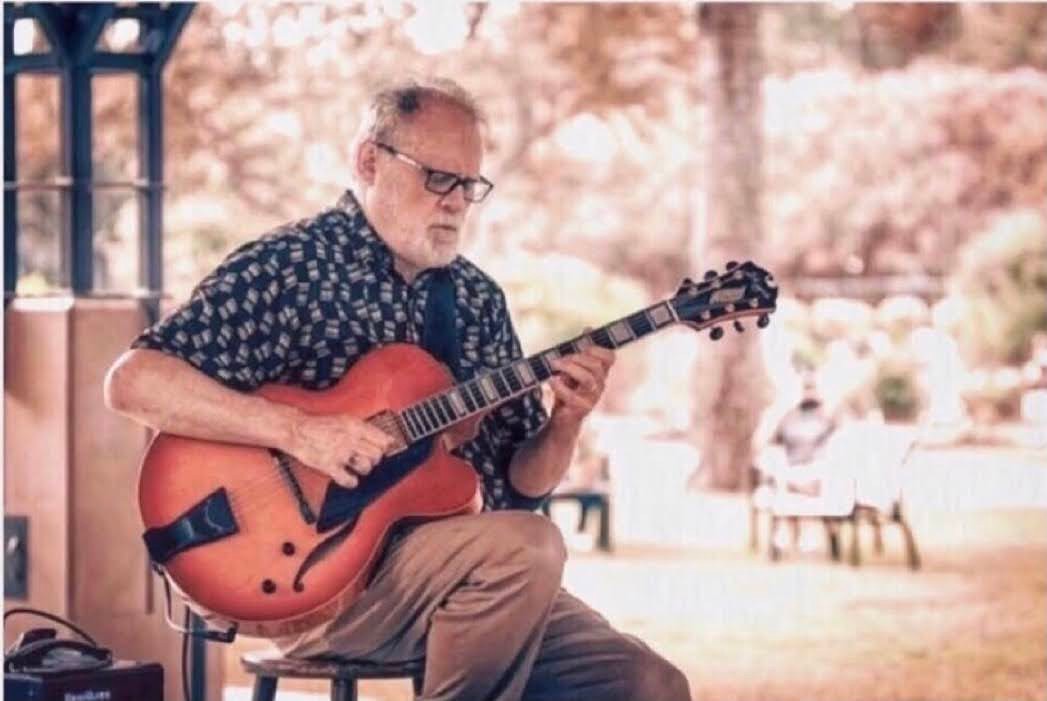 What’s been the most effective strategy for growing your clientele?

For me, social media has helped me garner a presence, and, perhaps, some local name recognition, but it’s not factored strongly in getting new performance work. What I’ve learned in the music business is that I can produce a great marketing packet to send to prospective clients. I can list all sorts of qualifications and experience to seemingly justify being hired, but it really takes clients hearing me in person. So, having prospective clients see and hear me at work, at a prominent local venue has been where my greatest source of new work comes. For me, the Dallas Arboretum has been a great connection to the city of Dallas !!!!

Image Credits
I have the rights to all images