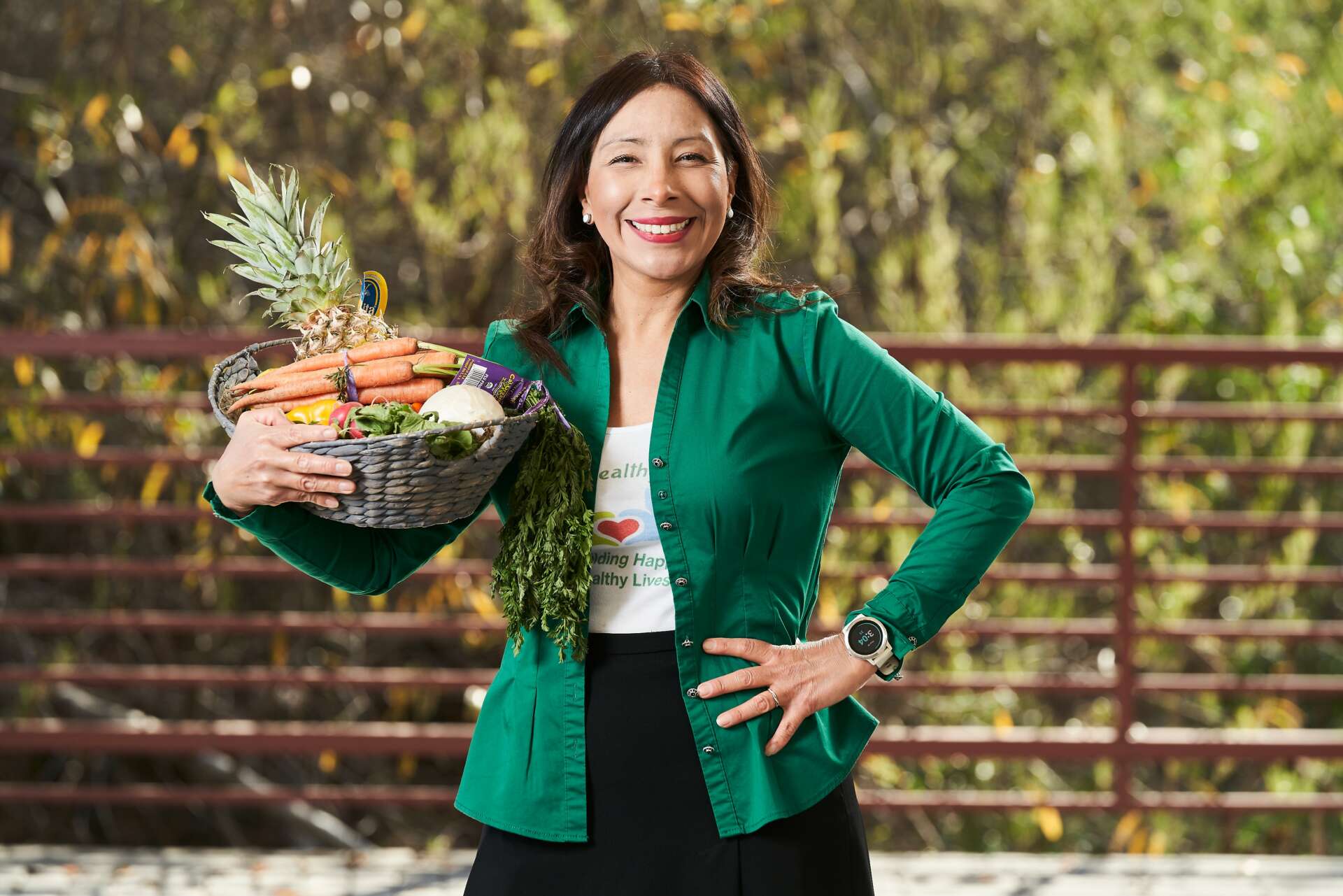 The moments that mattered

Every once in a while, something happens that really matters. Something that will define at least the next chapter of your journey – perhaps it’s a conversation with a client, a meeting with a visionary or a major event in your personal life. Below, you’ll find some very insightful folks sharing defining moments from their journeys. 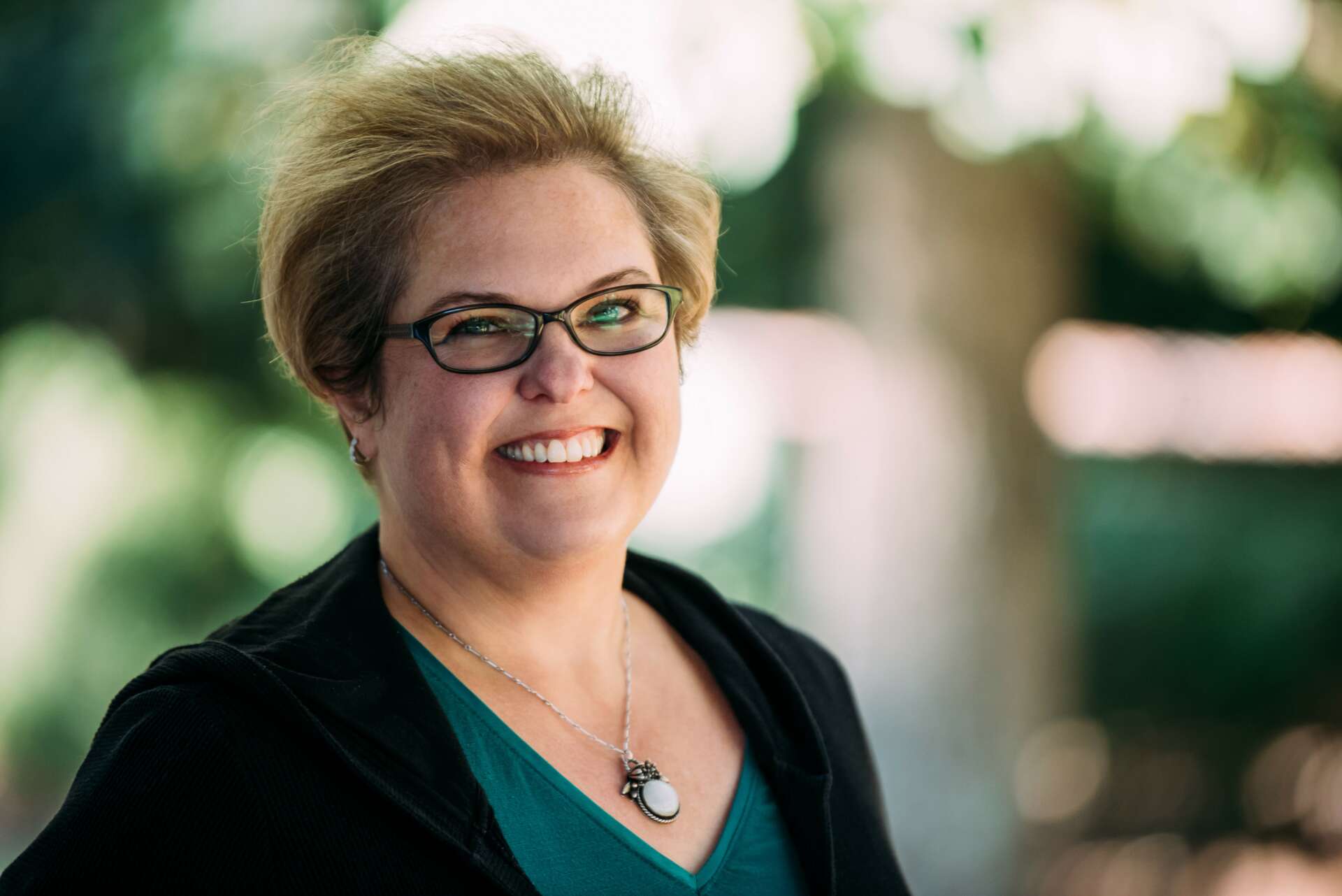 About 8 years’ ago, I found myself really successful in my corporate HR job. I made good money and the work I did mattered — but there was something amiss. I felt this out-of-sorts feeling that wouldn’t go away— like a nudge that didn’t make any sense given that I was pretty happy. Read more>> 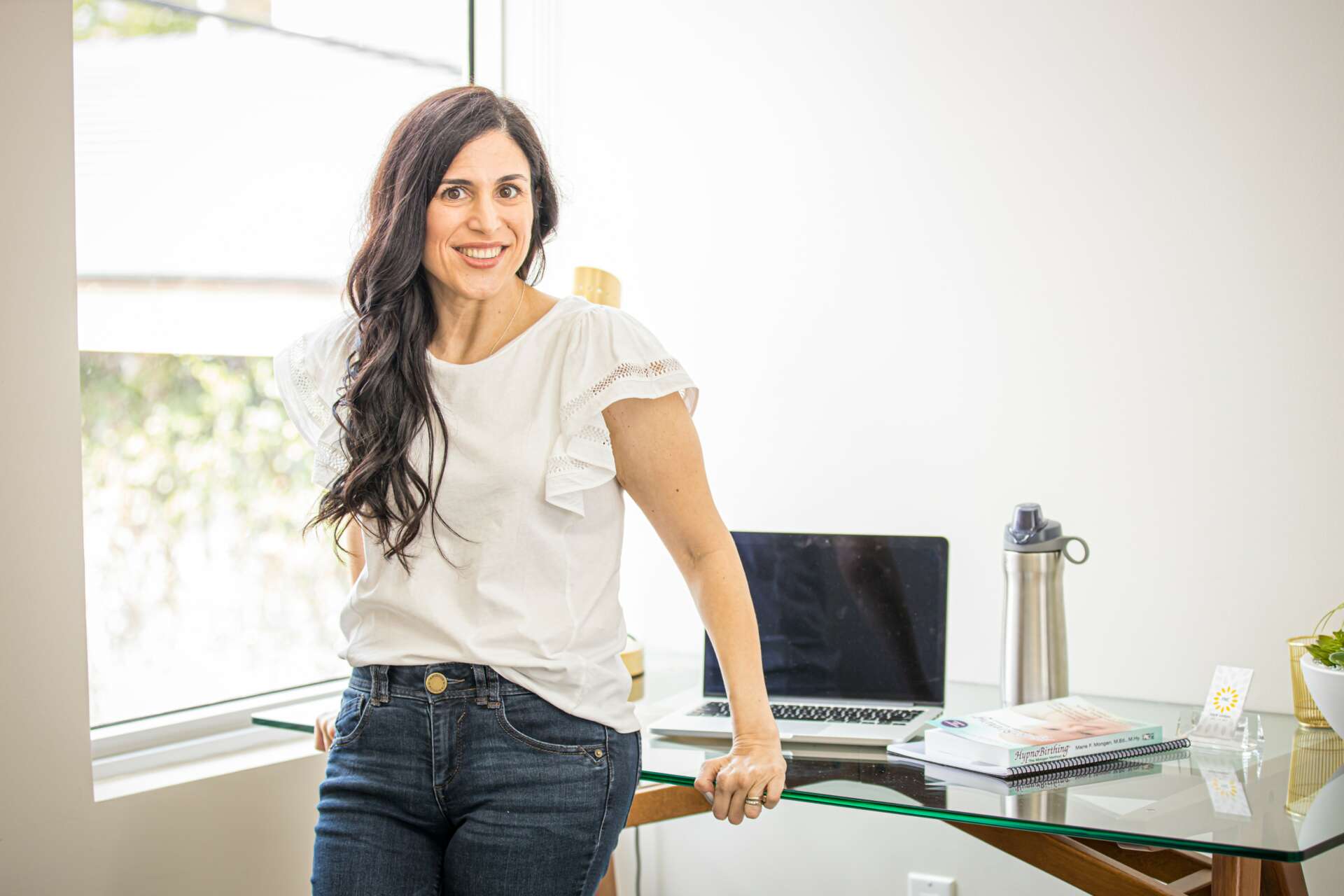 Tap, tap, I heard in the deafening silence of the room as the doctor peered into the room. It was 4pm and my doctor came in to tell me it’s time to roll back for a c-section… I was confused as to what was going on, but once again, as I had done many times throughout my pregnancy, I followed directions and headed back to the OR for a c-section to birth my baby boy. Read more>> 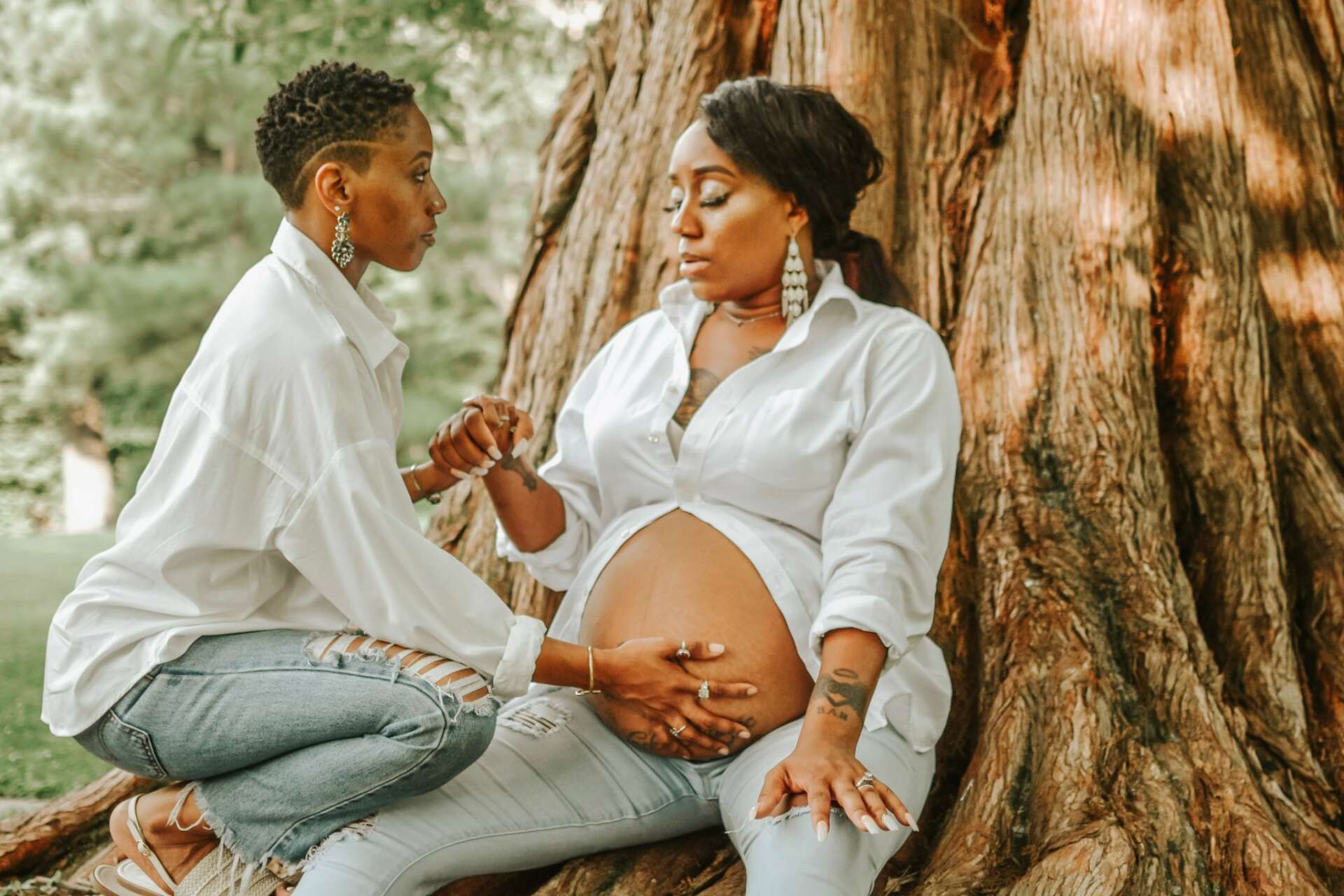 In the beginning of my doula career I was very scared and imposter syndrome had set in very heavy. I was fresh out of the DONA International training for becoming a doula and still felt very unsure of the calling on my life. It was clear to me that the space wasn’t set up for me as young, black, lesbian woman to navigate such a gatekept field. I was four months post graduate with a Bachelors of Science degree in Biology- Premed and working as a server for Red Lobster. Read more>> 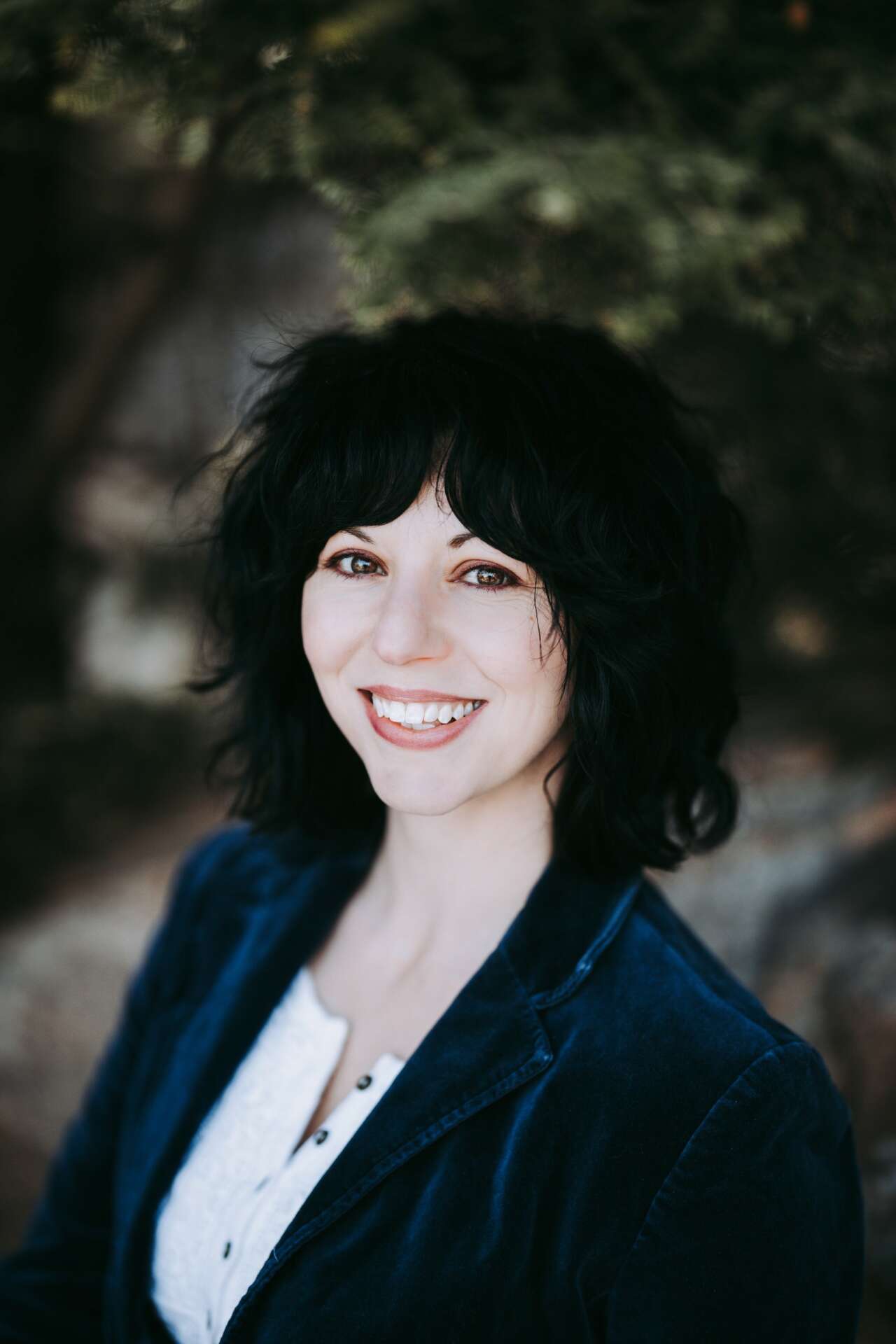 Years ago, I was sitting in my brick and mortar office, in a session with an adult woman who’s energy was that of kicked dog, downtrodden, beaten down by a lifetime of predatory abuse, starting with her father’s sexual abuse on her toddler body. She was sitting on the floor, head heavy and bowed, voice and mannerisms stunted and stuck in childish, sheepish, passive expression as if to say “I was born broken or I wouldn’t have been chosen to be hurt. My story is one of brokenness and I see no way out.’ Read more>>

I had a defining moment to change careers when I saw my aging parent’s quality of life decline rapidly due to chronic disease illnesses. My dad was a hard-working man looking forward to retiring to enjoy his life. Unfortunately, soon after he retired, he had to take care of my Mom as she was diagnosed with diabetes and dementia. At that moment, I realized that I wanted to do something to help people improve their health and quality of life through prevention. Read more>> 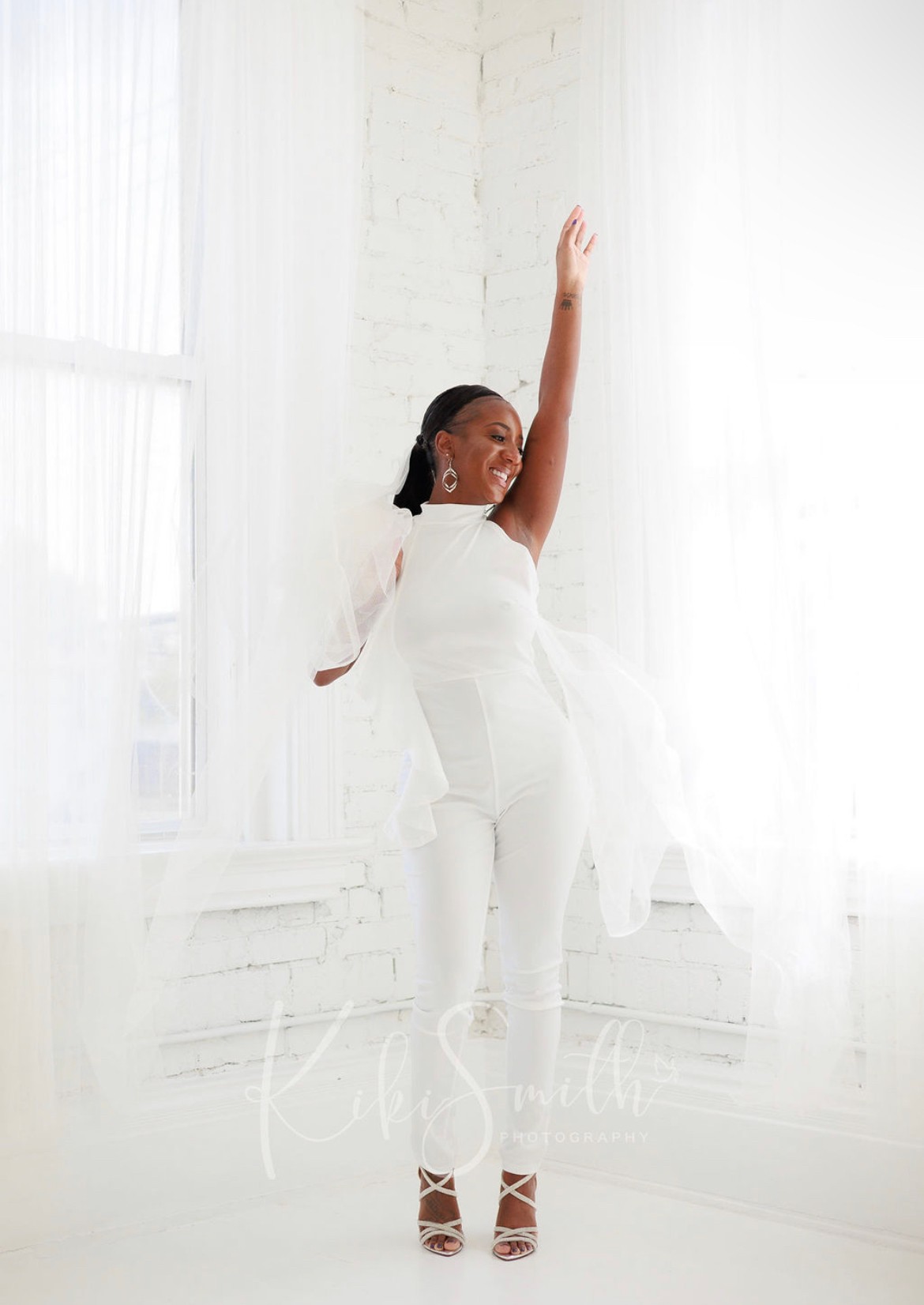 My name is Kayla Fair-Fleming . Growing up in high school , my name was Crack baby . I was made fun of because I was so skinny . Don’t get me wrong it was just a name like any other Nick name . I had friends and everything but i still was just known as that skinny girl. I wasn’t the pretty girl or the popular cheerleader . I was just “Crack Baby” . Read more>> 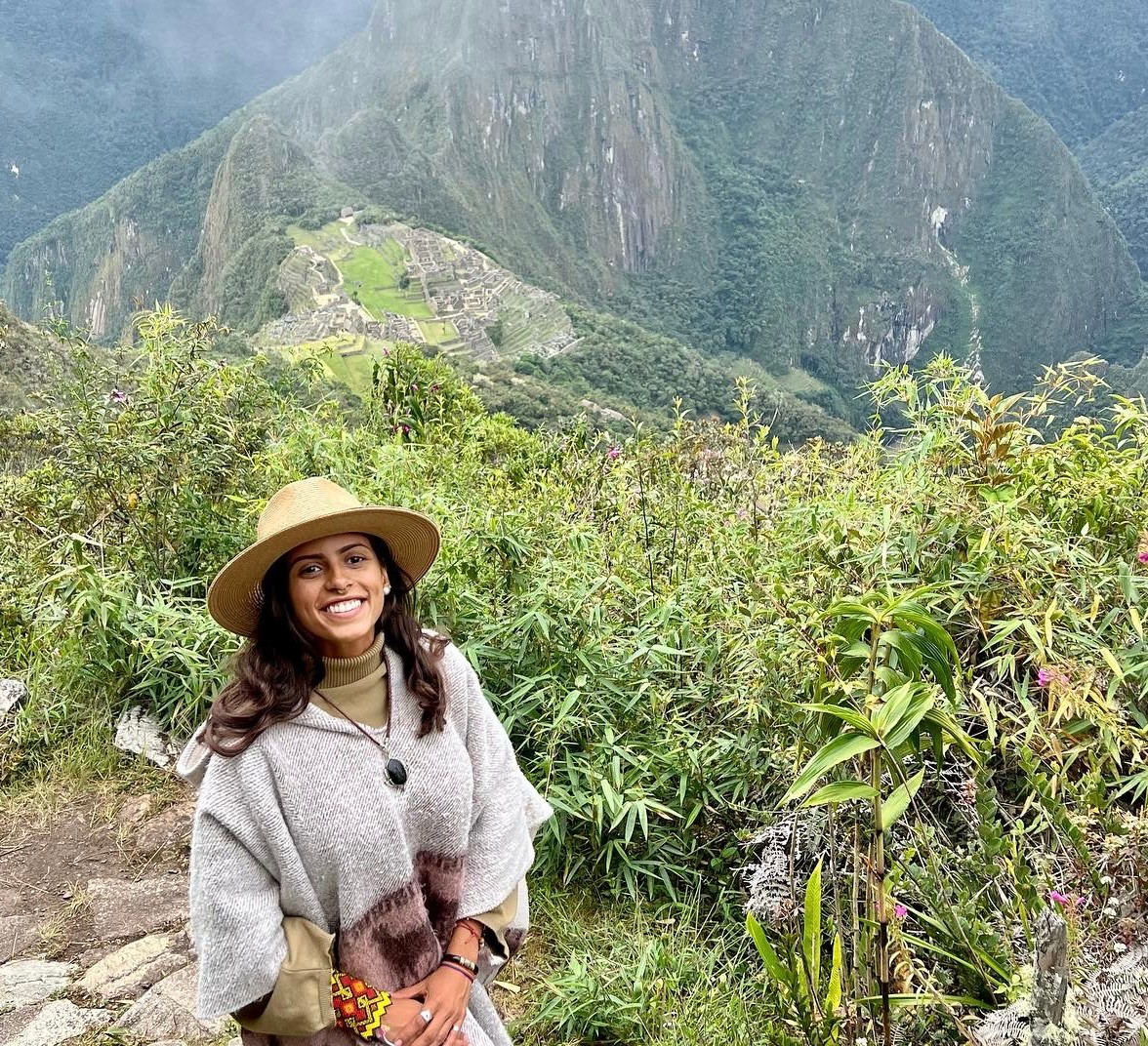 During my birthday month, I was in the mountains of Machu Picchu participating in a Huachuma pilgrimage with an elder and my family. At this point I had been serving Kambo for almost 2 years to friends and folks that had been recommended to me by word of mouth. Up to that point, I had a deep connection to Kambo but wasn’t trying to put myself put there. I was unsure of the direction to take this practice. Read more>> 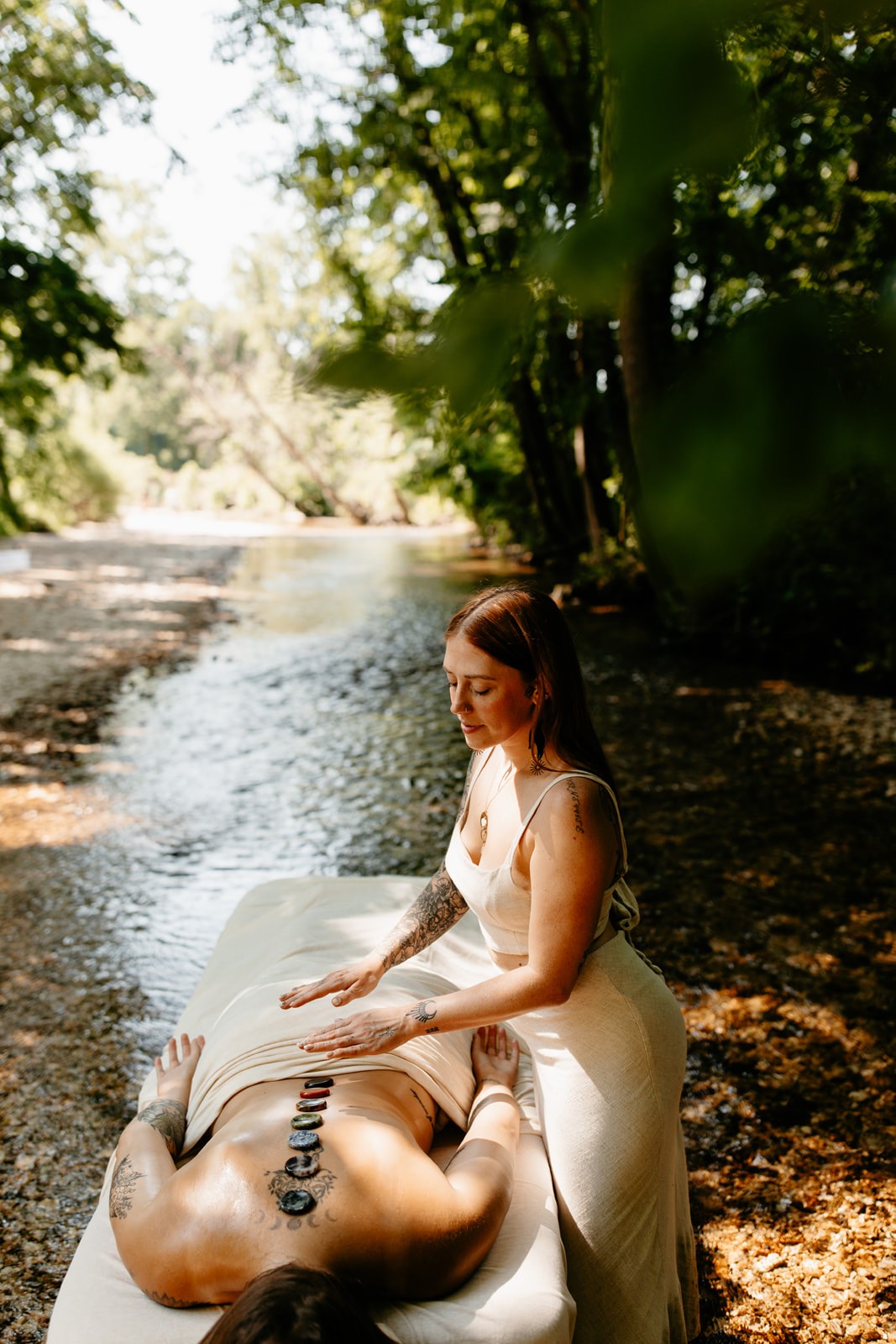 I believe just taking the risks, deciding to go straight into business right out of school, quitting my second job 4 months in and moving locations. I bet on myself and my passion and I think it’s truly paid off! I just recently moved into a bigger space and all of this has happened in under 2 year! I got offered a position to come back and teach at the school I went to, to share my passion and teach others facial massage! Every new thing has been a defining moment, I’m extremely grateful for it all! Read more>> 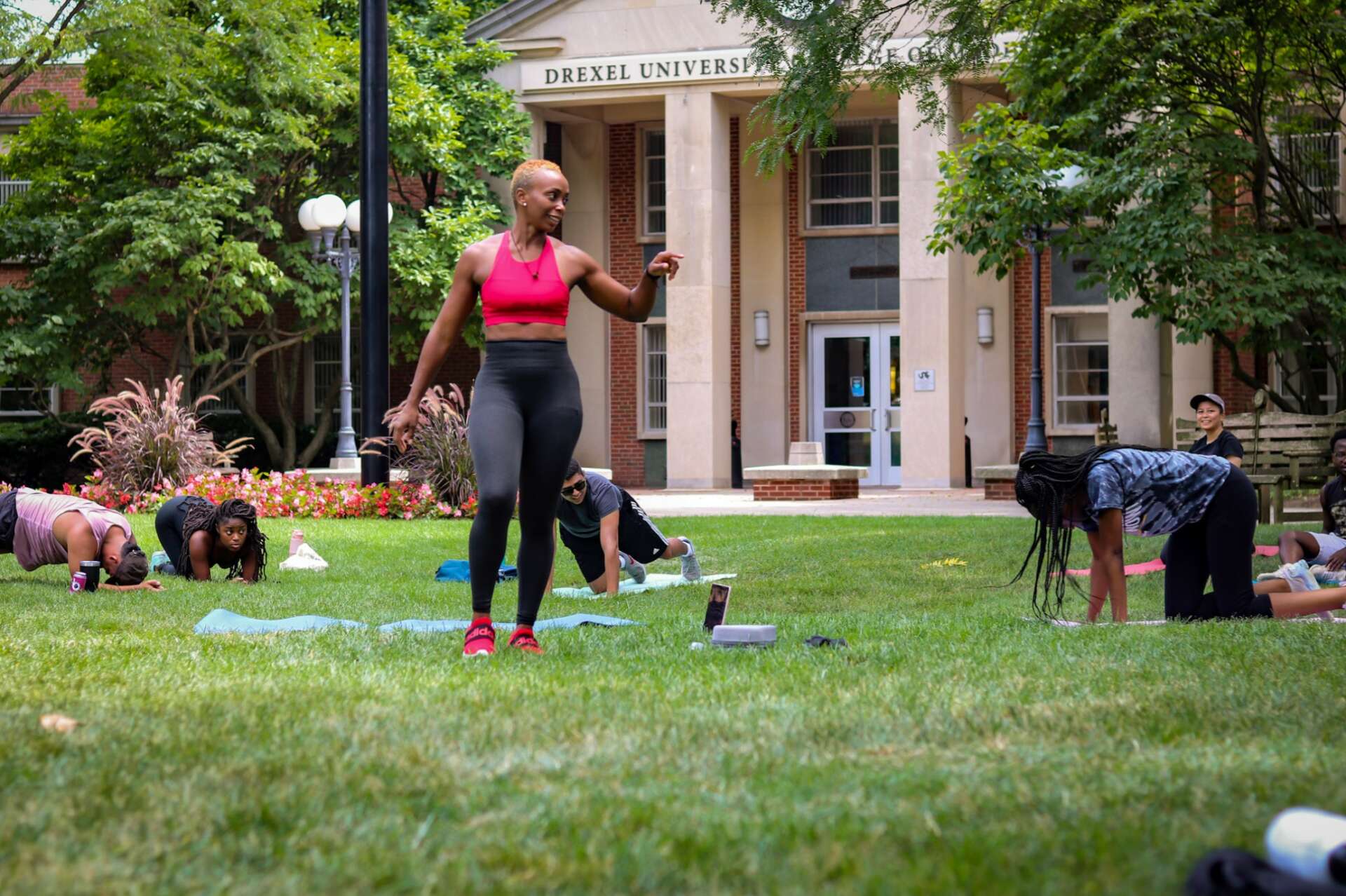 A friend of mines uses a similar term called Pivotal Moments. While I had a few of those, my defining moment, the moment that changed the trajectory of my career, one incident in particular stands out. I became an instructor on a dare. Little did I know the signs were always there. In college, I would come home from school and watch my mom workout. She was building biceps and booty. One day, I asked her why she didn’t have to do chemo treatments for her cancer and she said, “Those workouts I’m doing and the Sunday prayer, that’s what keeps me well.” Read more>> 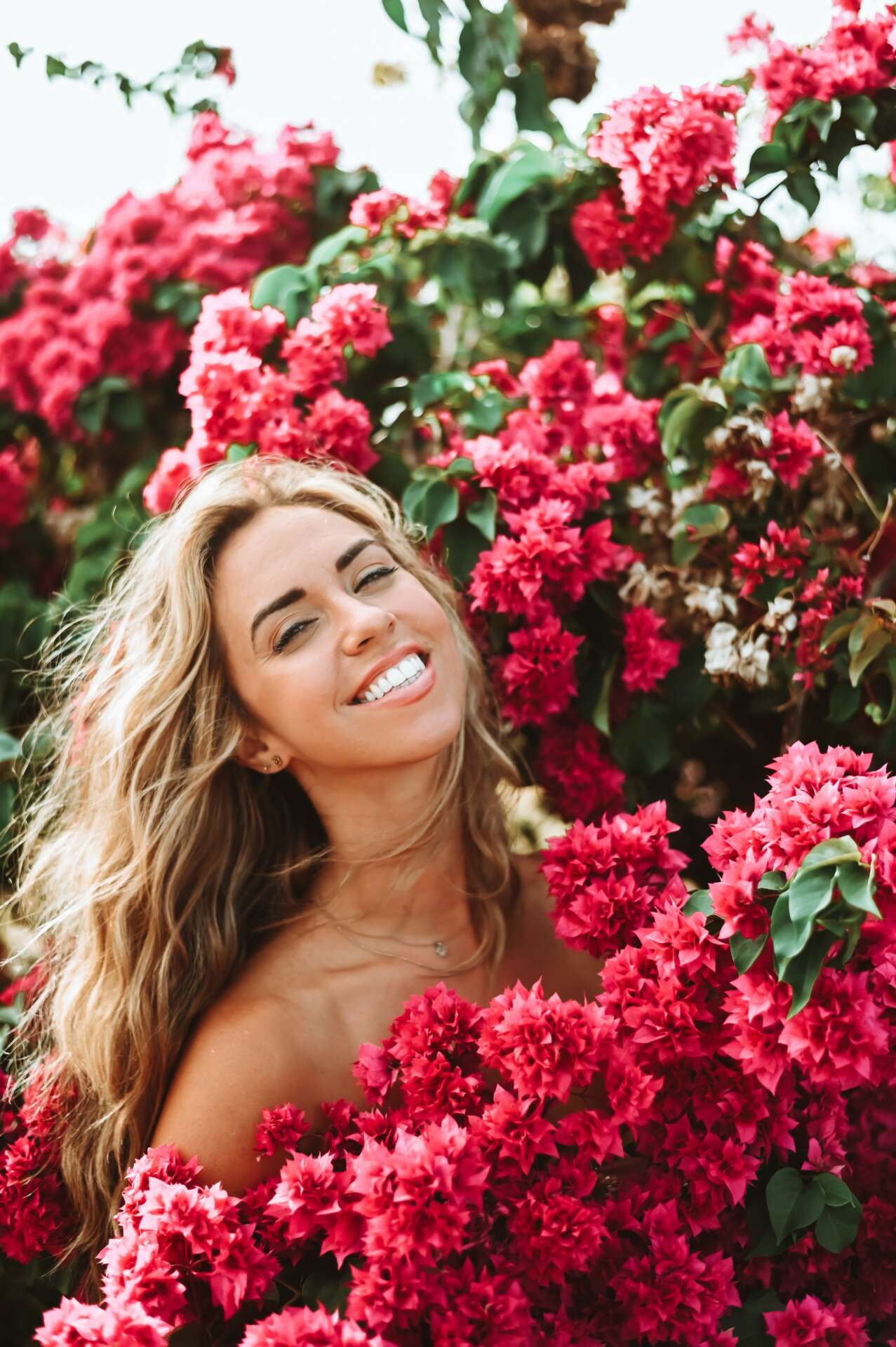 After receiving a Masters’s in Leadership Studies from the University of San Diego, I thought I knew what my career was. In my program, I focused on the parallels between Buddhist study and Leadership theory and practice. I taught meditation, compassion education, and leadership in academic and corporate settings and even in monasteries in Asia for Buddhist nuns. Then my five spine surgeries for scoliosis 7 years prior caught up with me. I had debilitating neck pain and vision issues all of a sudden. Read more>> 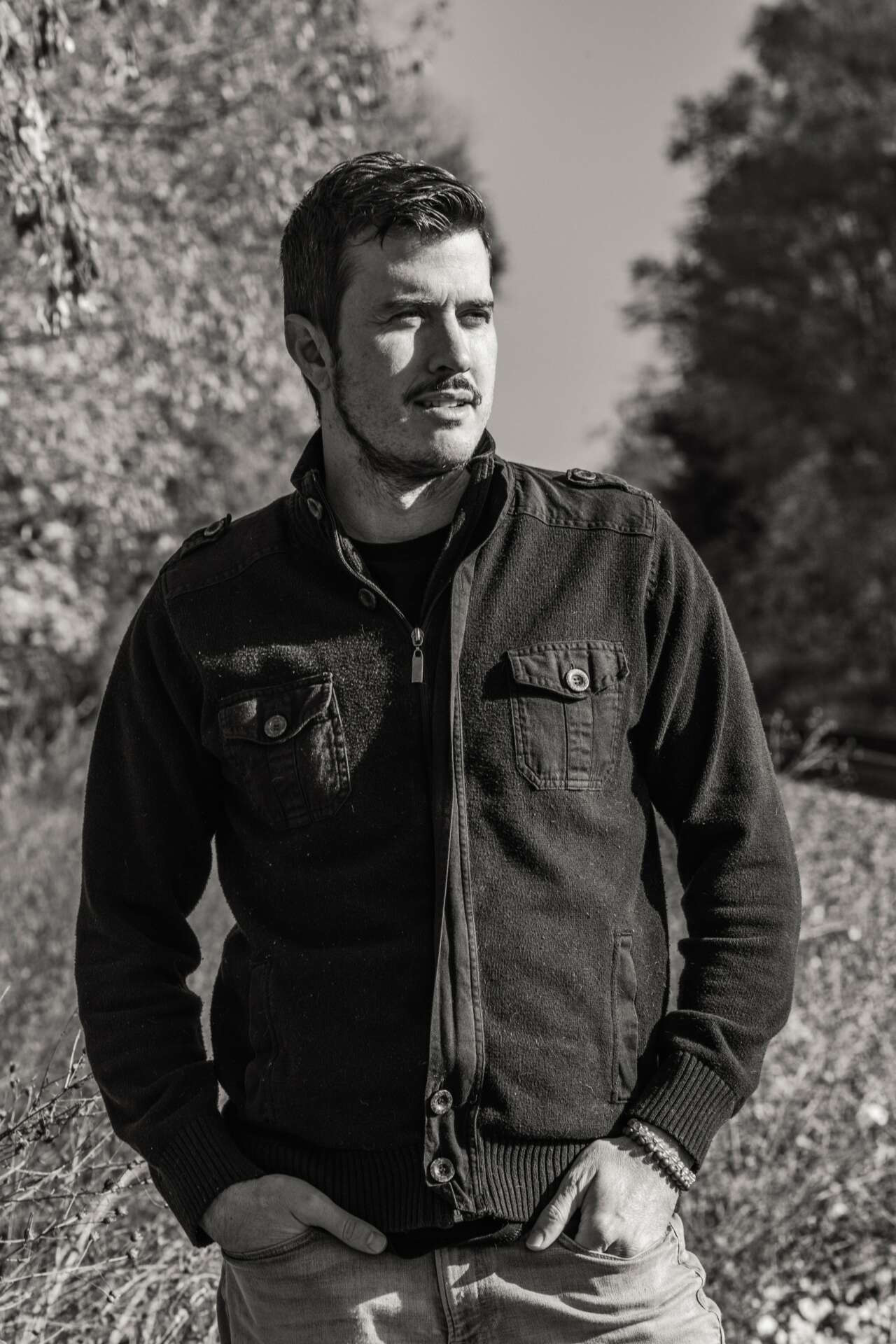 The defining moment in my life and old career was when I suddenly came down with a series of health issues at age 30. This was the first time I had ever faced any health issues. At this time, I had no faith in anything bigger than myself. When I was faced with these health issues, I finally met that something bigger, God/Universe, face to face and that was extremely scary to my ego/small self who had been in control and running my life. Read more>> 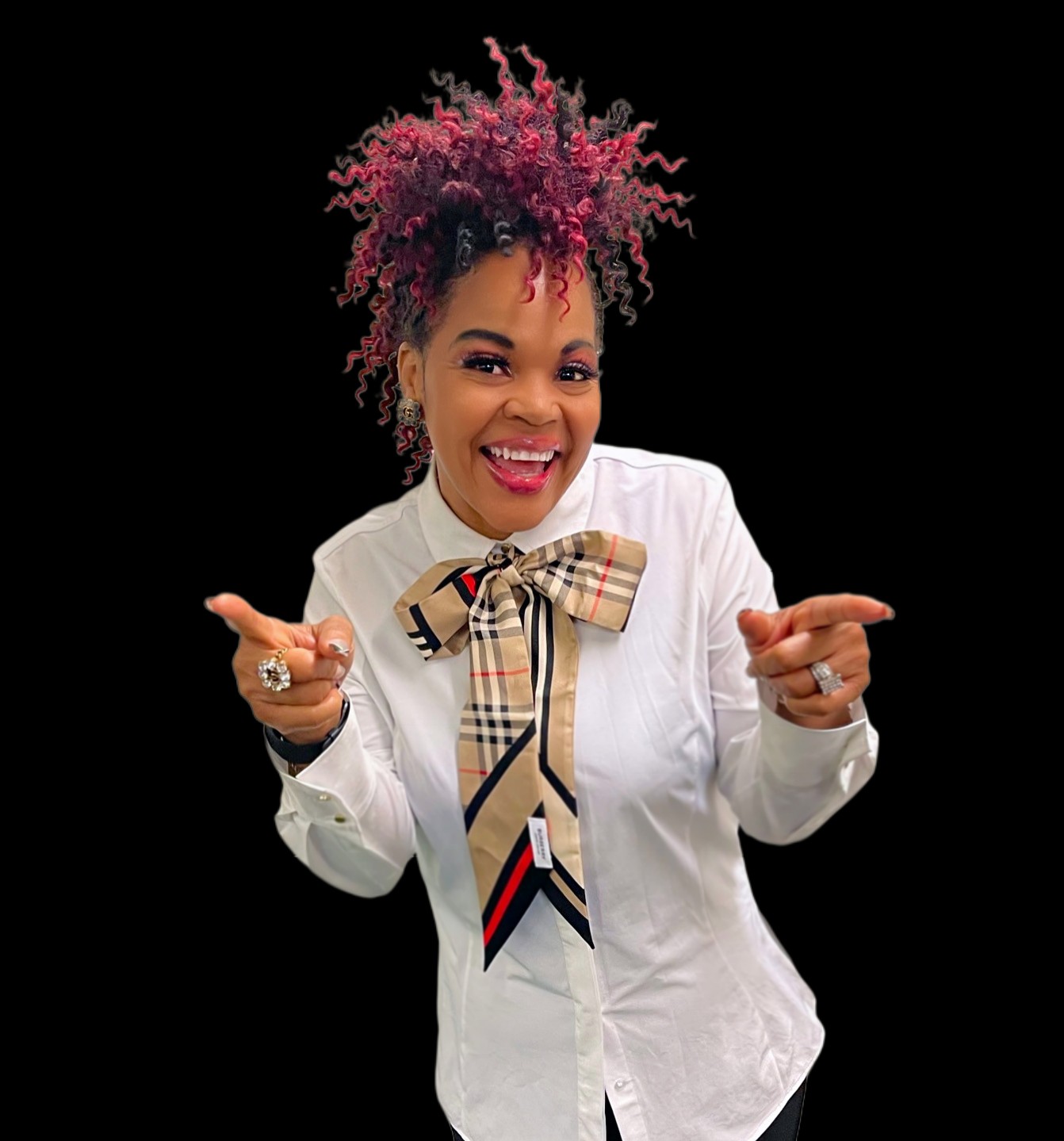 At the age of 16, I was in the car with my family, no one was wearing a seatbelt and we had a front wheel blowout and the car fell down the slippery slopes of San Diego. What should have been a 6 casket funeral turned out to be my defining moment! Something clicked! Myself and my family were able to walk away with minor scrapes and bruises. Read more>> 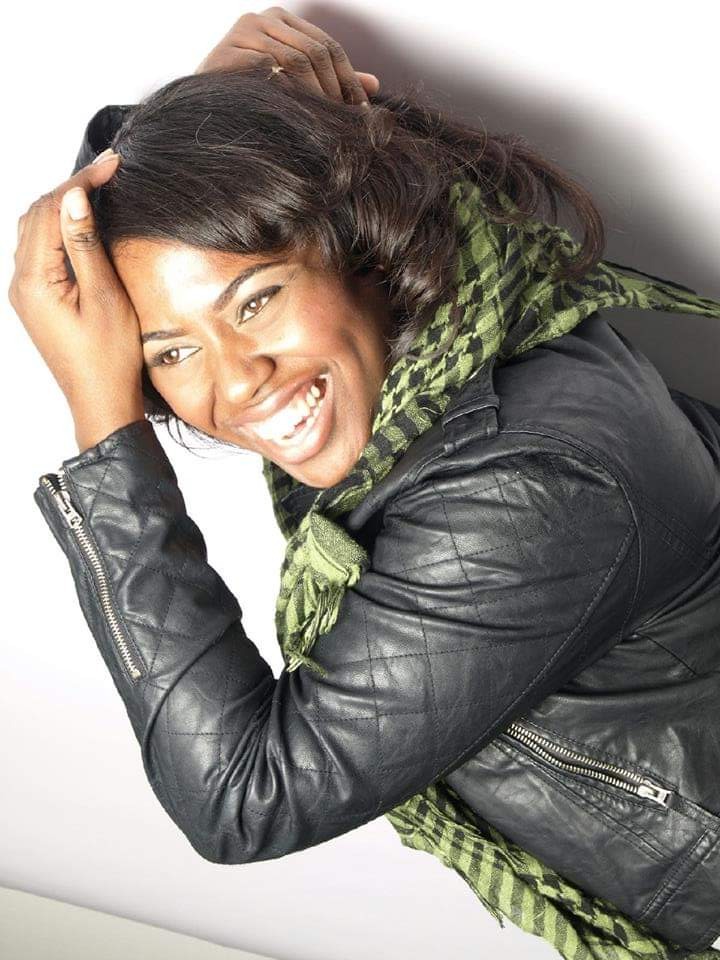 I believe everyone eventually has that defining moment where something big made them realize their why or what really matters the most. If I had to sum up my moments both personal and professionally with one word, I’d say “Grief”. I am who I am because of the significant losses and internal struggles I’ve chosen to overcome. Read more>> 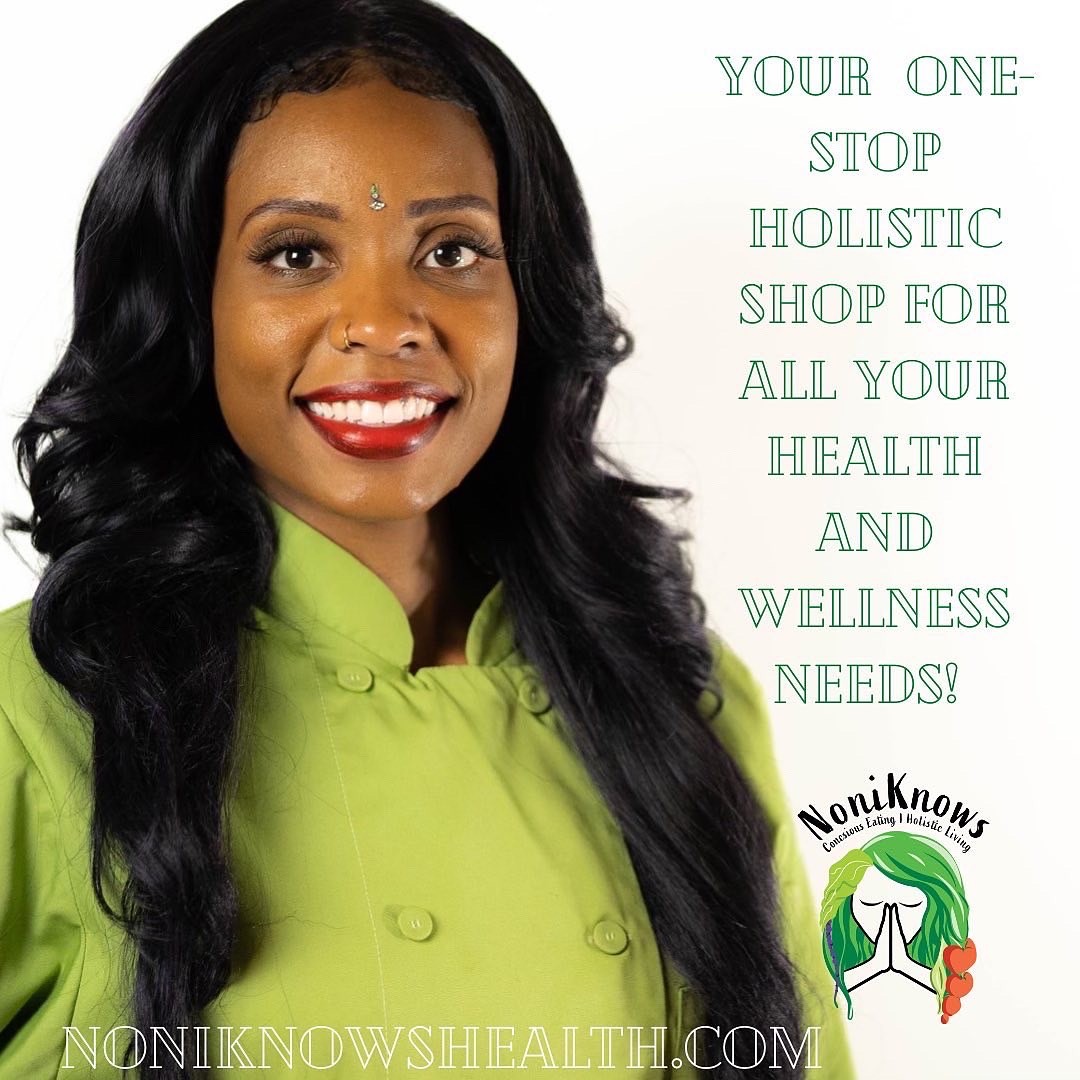 My story starts in 2012 being diagnosed with several chronic illnesses and auto immune disorders that resulted in an extended 6month hospital stay and was intended to end with me losing my child and a full Colectomy. I decided to take my life in my own hands, learned to heal myself inside and out via diet, nutrition and holistic practices. To date I have no signs or symptoms of these supposedly “incurable” chronic diseases and disorders. Read more>> 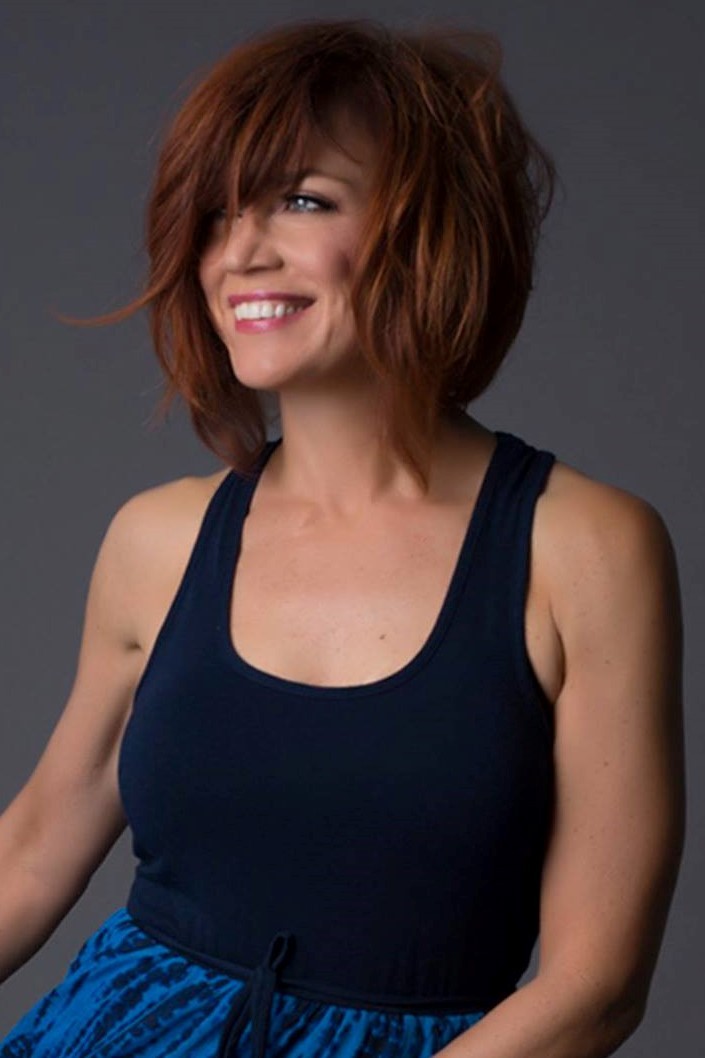 Expect the unexpected and planned to be surprised. That has been my life’s journey as a Latin Dance Instructor for over twenty years. My dance journey began at the age of three. I was lucky enough to have an instructor who taught the importance of connection, musicality, posture and practice this is my motto today. However, it was when I was a fashion design student on a co-op in Miami, Florida that I found salsa dancing. Read more>> 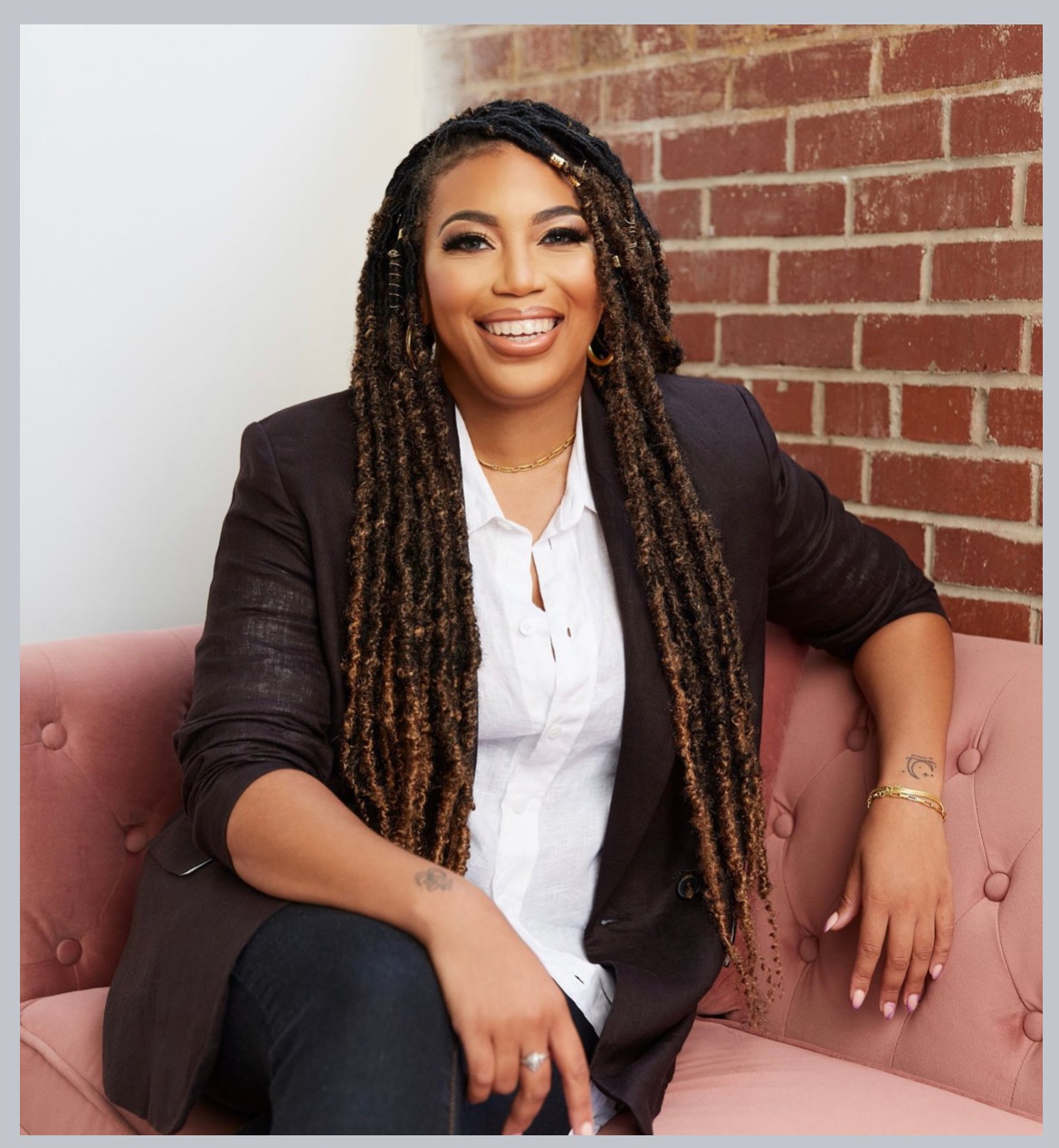 When I first entered the Social Work field, I was unsure about where the decision would led me. I just knew I was passionate about being a voice for others and assisting them evolve from a place of survival to a place a thriving. I chose to obtain and complete my MSW program in 2017. At that time, I just wanted to spread optimism and possibility to every population I could serve. Initially, I started as Medical Social Worker which gave me an opportunity to build professional skills however, felt very limiting as resources were not as abundant as I would have liked. Read more>> 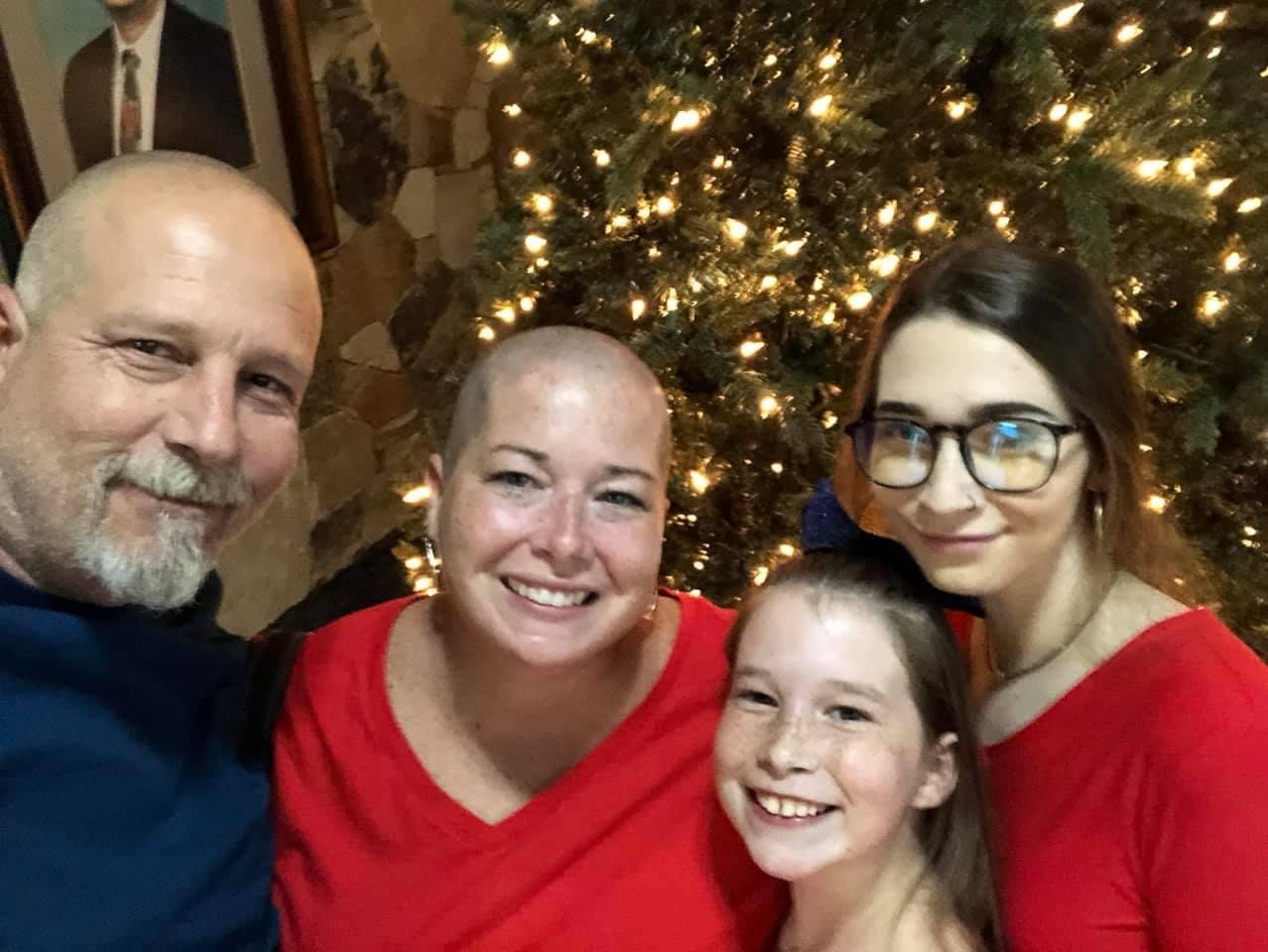 There have been several defining moments for me in what we do. Moments in time that become a before and an after. Things that cause me to take the unmarked trail instead of the well traveled path. Life is funny that way. It usually shows us exactly where we need to pivot, if our hearts are open and we pay attention. Light Work 316, Inc started because of a beautiful night I organized for a little boy named Isaac Juarez. Read more>> 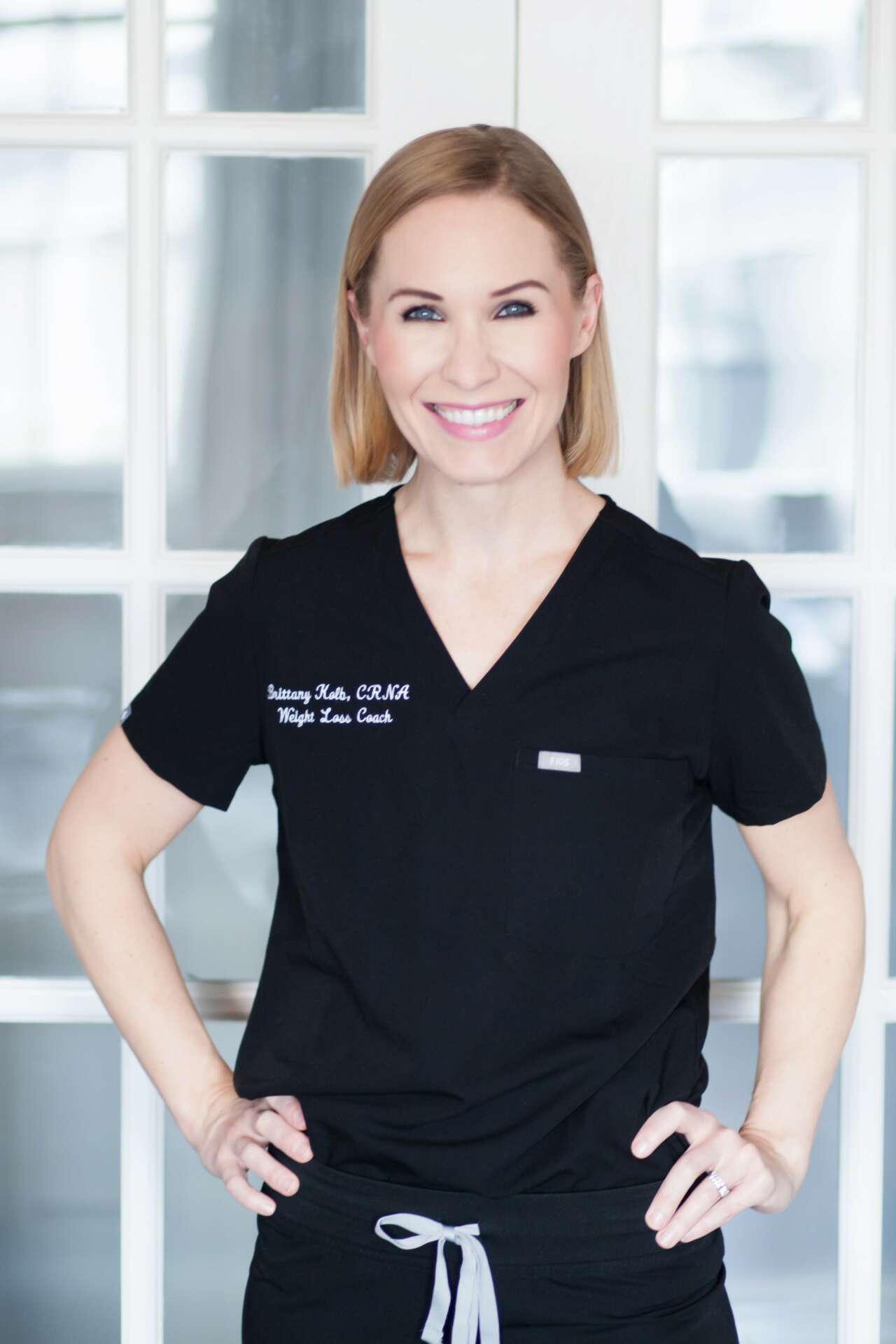 I always imagined I would finish my professional career as a CRNA. It’s something I dreamed of being since I was in high school. When I finally got control of my weight and was able to gain control around food, something I struggled with my entire life, I knew in that moment that the focus of my career would shift, from healthcare and anesthesia to helping other women in healthcare and busy moms achieve permanent weight loss. I decided in that moment that I would build a business helping my clients creating just that. Read more>> 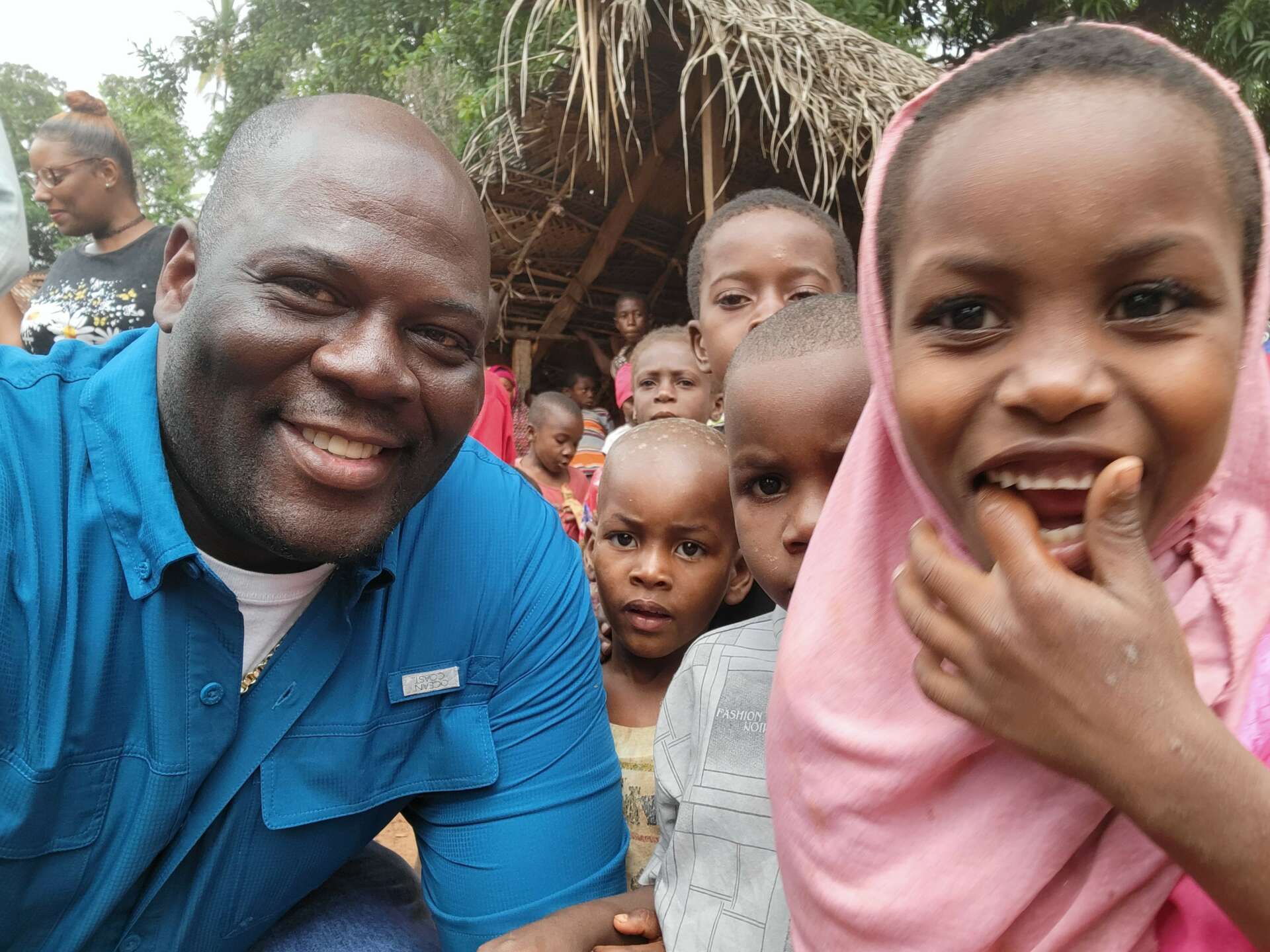 Although Jermaine Singletary was known as the lyrical entertainer “Too Fresh J” and toured the US with major rap artists, there was always that desire to do more for our youth of today. Jermaine entered the field of education as a means of meeting youth where they needed assistance the most . . . within our schools. It was there that he realized how much of an impact he was. Read more>> 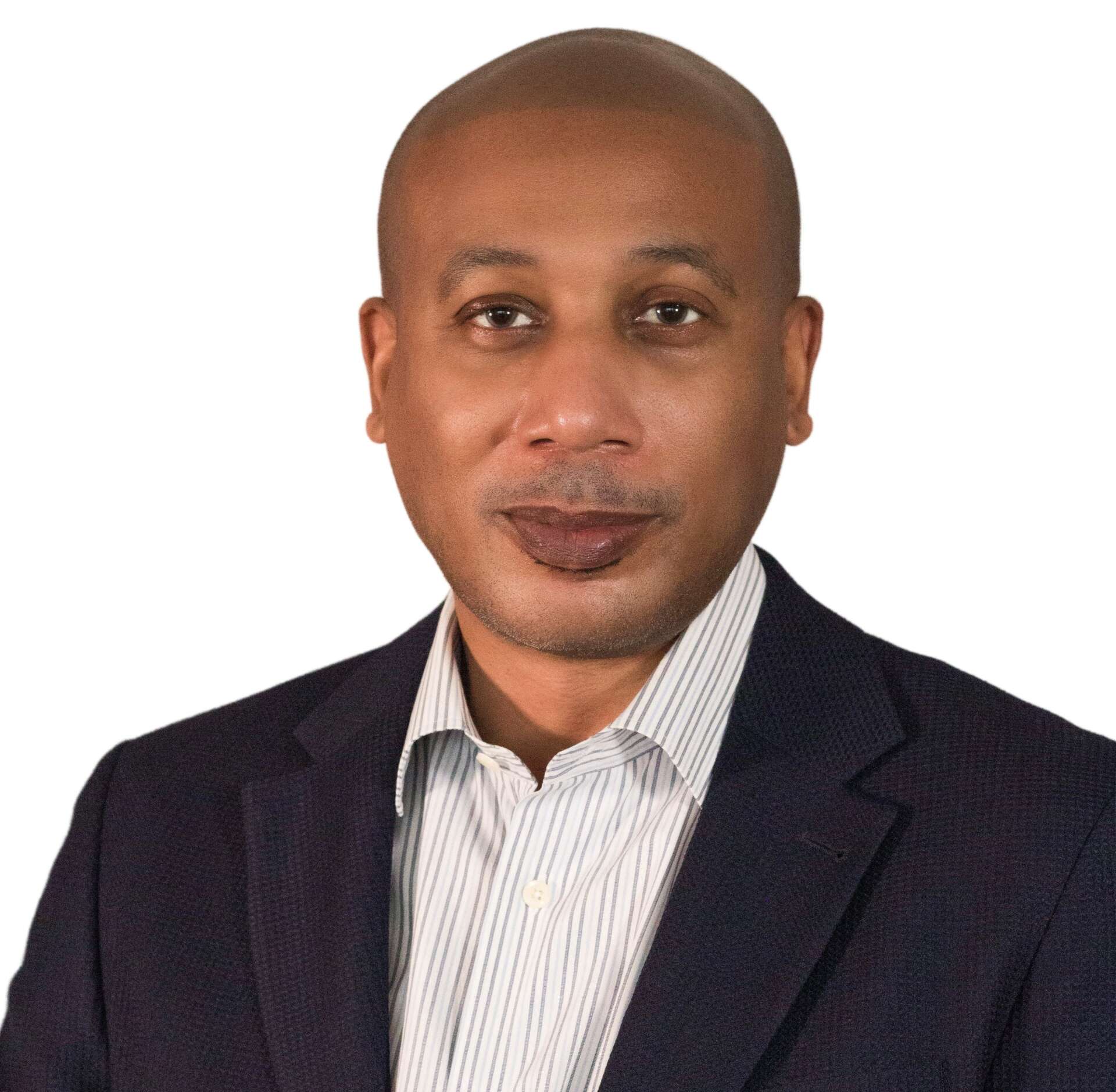 I’ve had the good fortune of enjoying a great career in the digital distribution space within the entertainment industry. In the last decade, I’ve facilitated content delivery to well over sixty (60) countries with major partners including iTunes and Google Play to name a few. My assumption was that I’d ride off into the digital sunset when the time came to call it quits. That was until I happened upon a life-changing moment late one Sunday morning. Read more>> 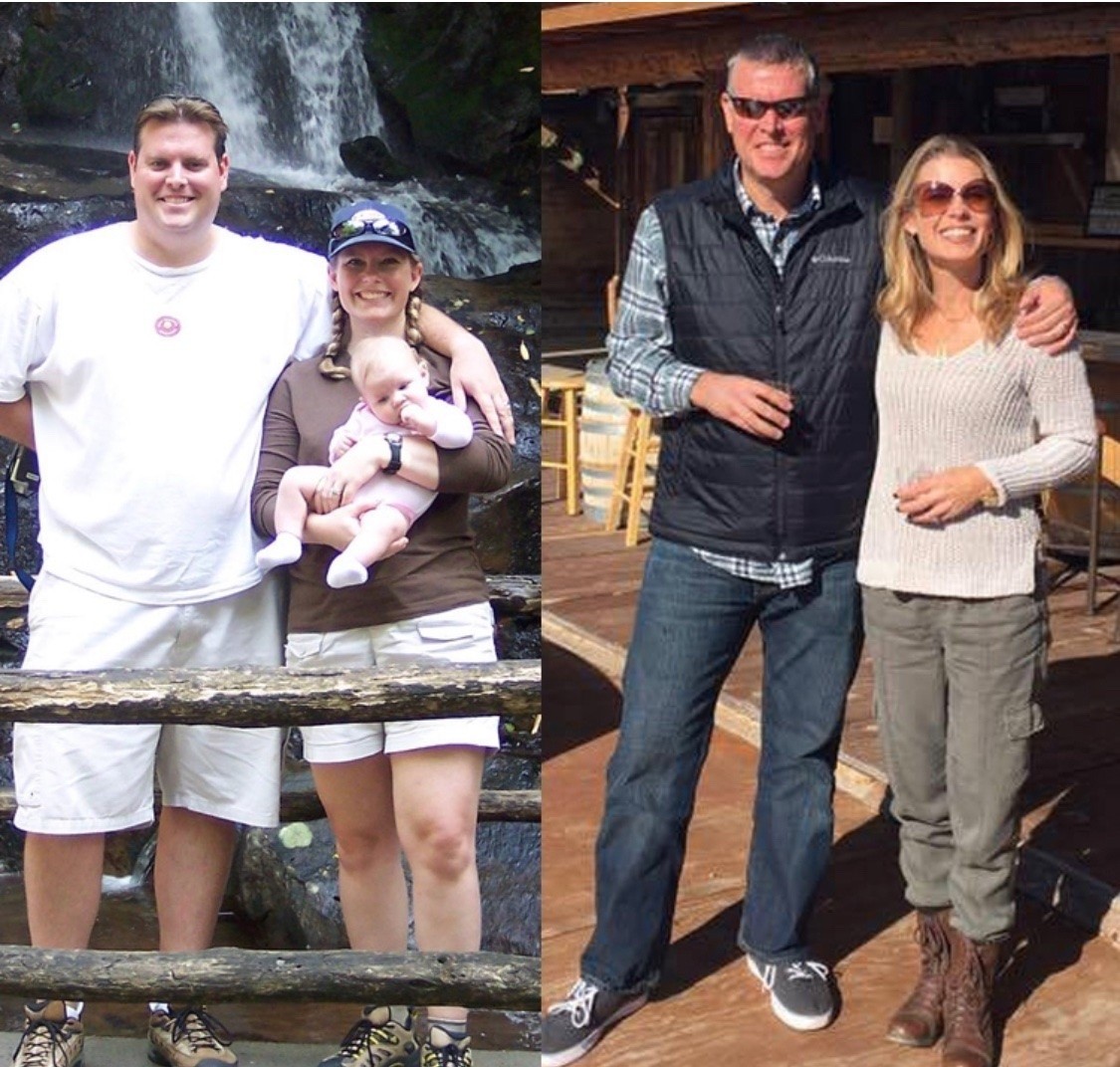 When I was in my early 40s, I began to have health problems. My reflux had gotten so bad most nights I slept in my husband’s recliner to get to sleep. I took two Prilosec a day, and it only worsened. I had developed what they called Acid Rebound, a vicious cycle between the acid blocker and the body (whose natural response to no acid is to produce more acid). I suffered from a post-nasal drip cough and multiple bouts of sinusitis. Read more>>