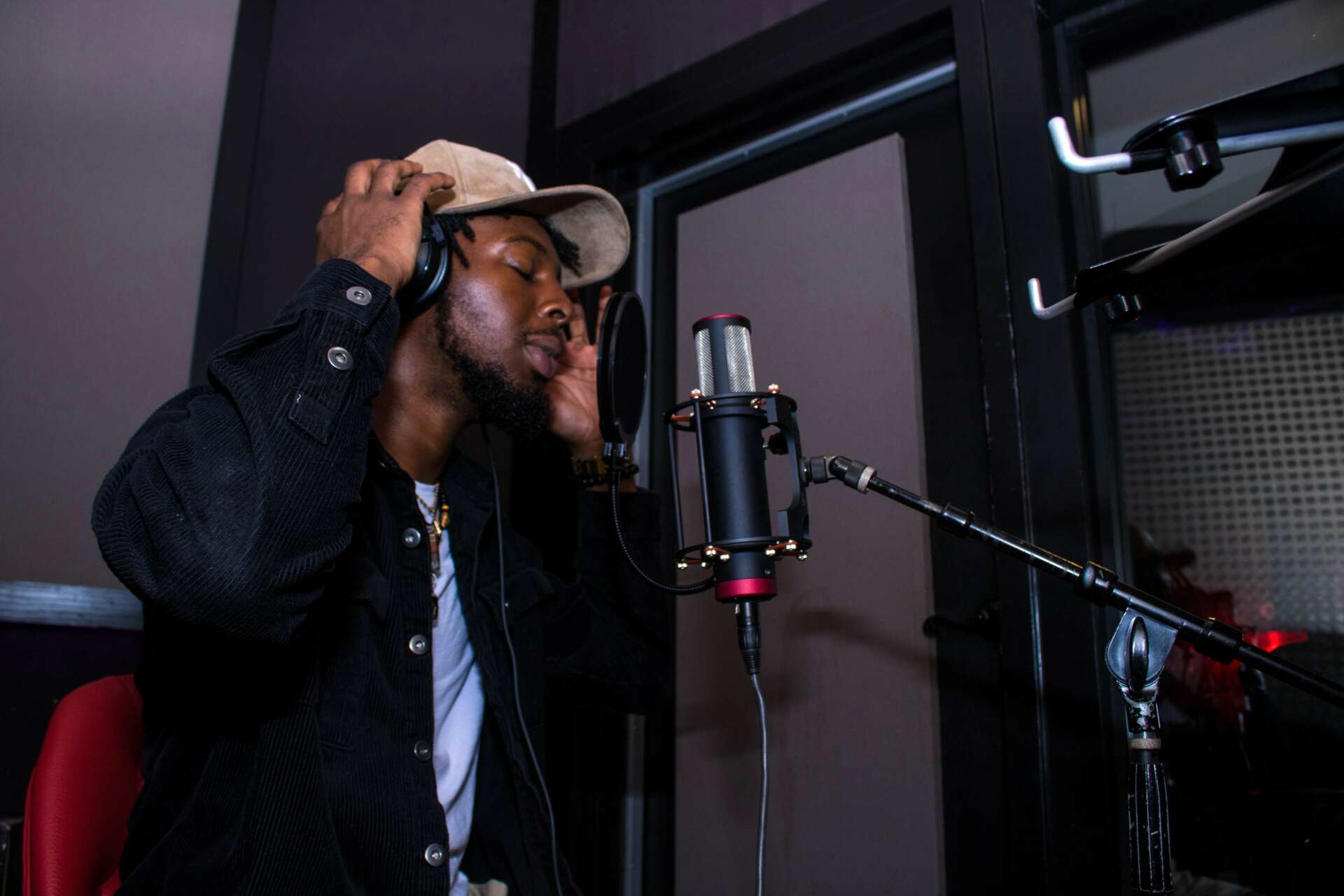 Reflections on being misunderstood

I do find myself being misunderstood/ mischaracterized in a few instances… mostly about my direction in my art. Alot of times people can put you in a box based on their personal preferences and we as a people tend to do that a lot to others even unconsciously so I can’t fault people for not fully understanding. As long as the message resonates with you in whatever shape or form it needs to within your realm that can grow you then that is all that matters. I feel we as artist tend to fall victim to people’s opinion sometimes which needs to be stopped. Read more>> 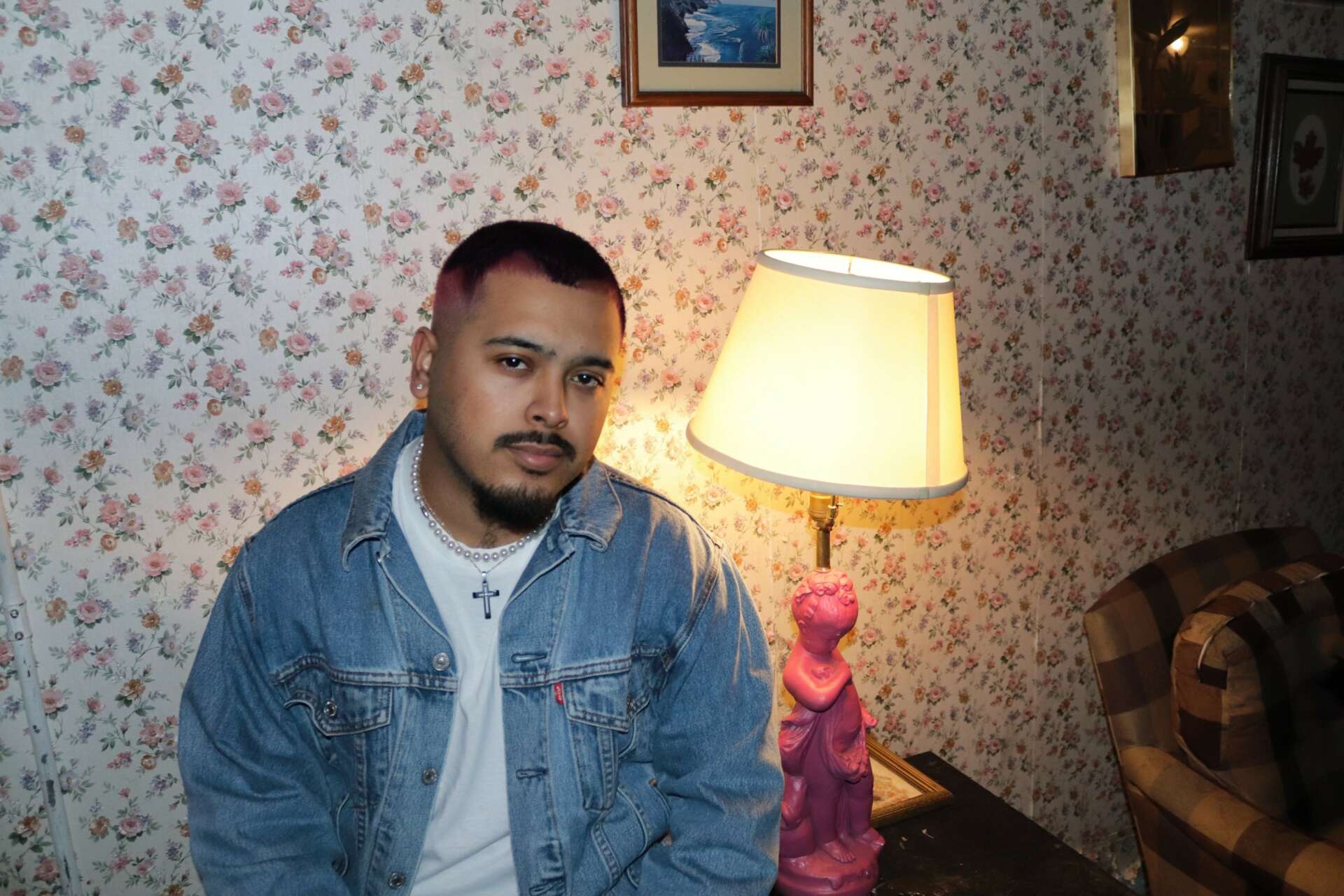 Maybe not misunderstood, however interpreted my work and designs a different way, and I have no problem with that. Coming from a border town, I get a lot of my ideas from street culture and downtown’s districts here in El Paso, TX. I’ve created this new era, this new idea from my city called ,“GatorCity”. People have asked, What does alligators have to do with a desert city? Are there even alligators there? It’s a nickname I created for the city, which was inspired by the Plaza De Los Lagartos, a fiberglass sculpture located in the heart of El Paso’s downtown. Read more>> 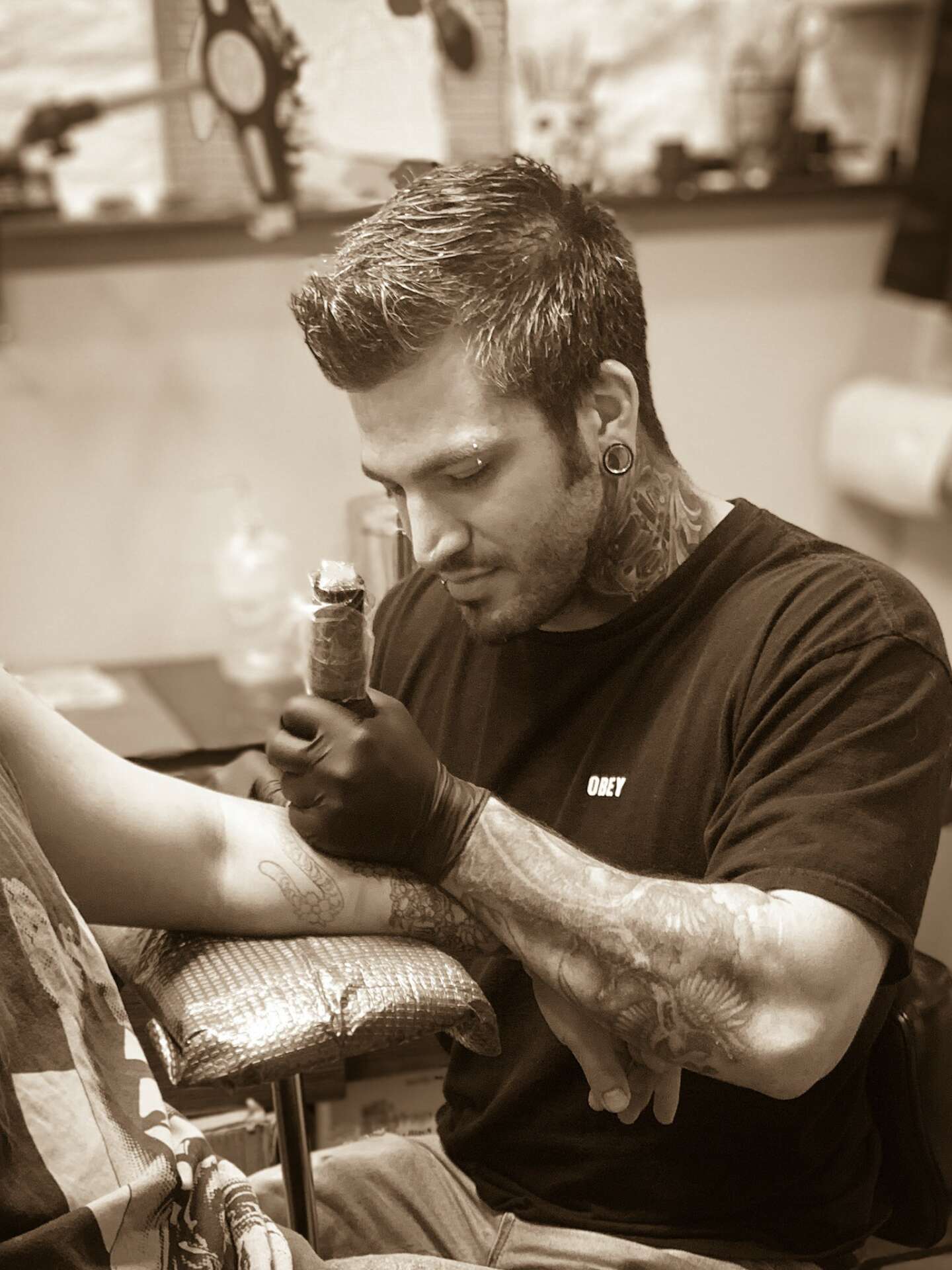 I’m the type of person who counts his blessings. Growing up I had the misfortune of being the black sheep type. I was the only person in my family that couldn’t dodge trouble for the life of me. School was of no interest to me, and I had a hard time acquiring the motivation to show up. When I did I’d spend most of my time doodling on my assignments while listening to music or spending frequent visits to the principal or guidance counselor’s office in hopes they could steer me back in line. Read more>>

This will be a three part answer. Electronic music definitely has a stigma about it. I write produce and perform all of my music myself with the exception of a few collaborations with friends. There is often the misconception when I perform that I am just ‘singing to a recording’ or singing to a beat that someone else produced for me. To be honest, I find that really irritating. I’m not a DJ. I’m not spinning someone else’s beat, I write everything, every note meticulously. Read more>>

Great question. Absolutely I feel that heavy metal fans and heavy metal musicians are unfairly stereotyped and often misunderstood. There’s quite a few times where atmy job I’ll explain that I play in a heavy metal band or I’ll drive up to a courthouse or a meeting blasting say Megadeth or Metallica something and I just get blank stares. I actually used to get a kick out of pulling out of my law school parking lot with my stereo blasting, haha! Read more>> 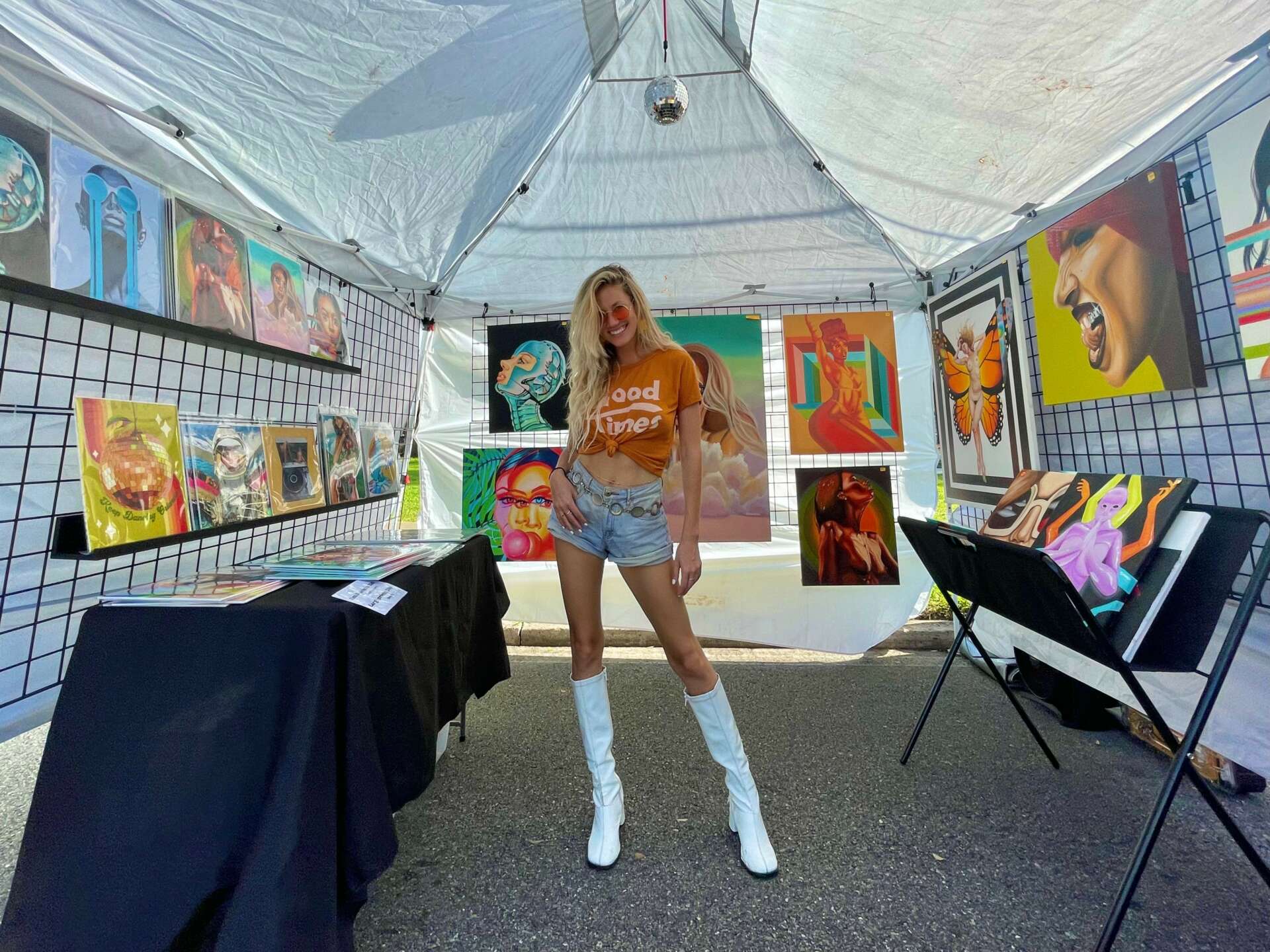 I think the only time my work is really misunderstood is when I paint nudes. I do paint a lot of women figures, but I don’t do it for shock value or to be inappropriate or anything. In some instances, my intention is to show feminine empowerment and to show that as a woman, you can wear as much or as little as you want, and it shouldn’t affect the way people see you. Or in some cases, I use nudity as a representation of vulnerability and openness. Read more>> 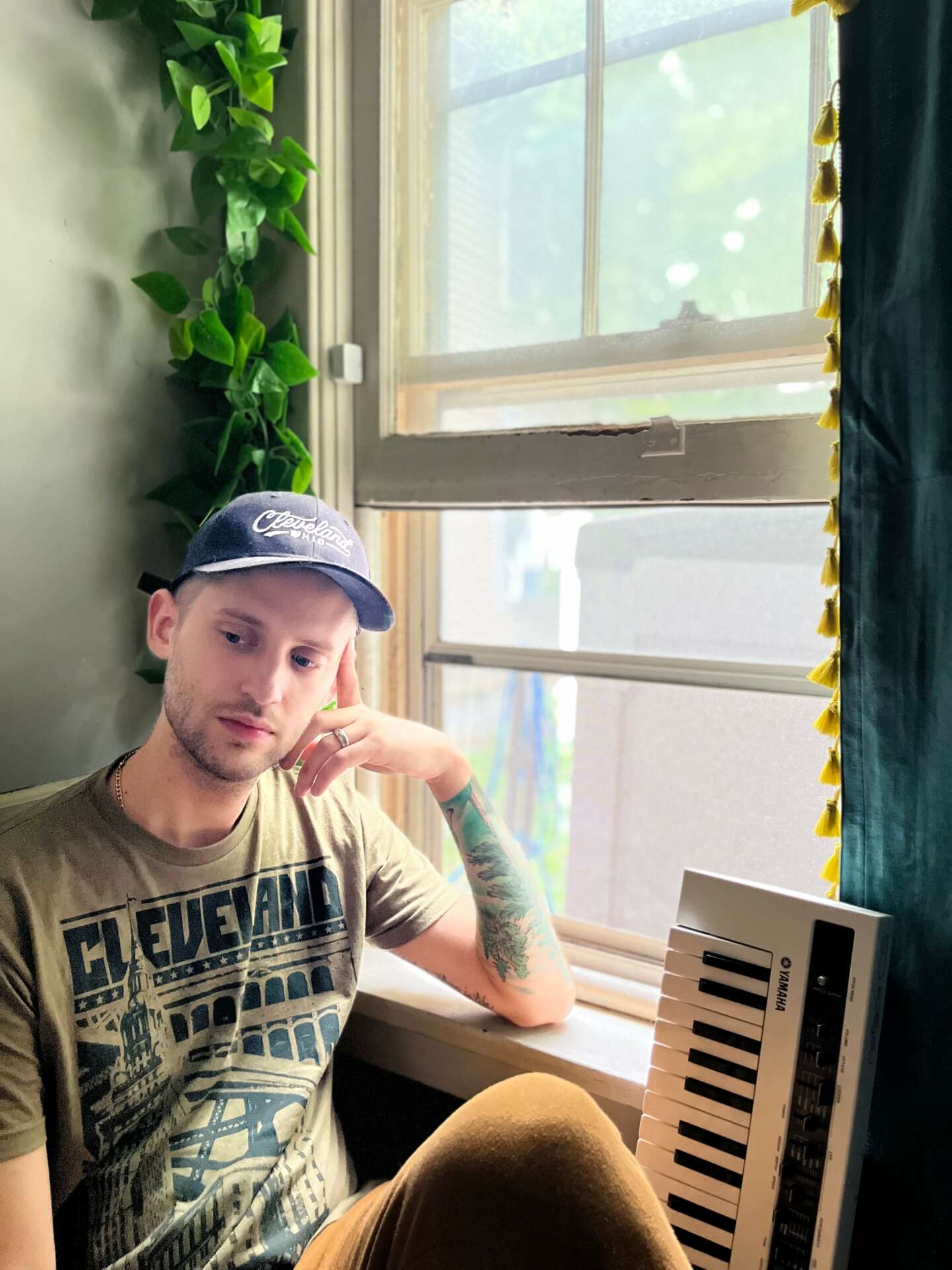 When I first got into the lofi/chillhop scene, I got a lot of repetitive feedback like “too upbeat” or “not enough noise” because I came from a foundation of west coast hip hop and being an MC for 6+ years. It was frustrating and I struggled with it for months over months trying to get a sound that was me but also fit on these beat tapes and compilation releases I was submitting to. I even had a period where I tried to make super chill tracks to fit in more and guess what? It didn’t work; it bored me and I learned a very simple lesson to just be yourself. It paid off in the long run. Read more>> 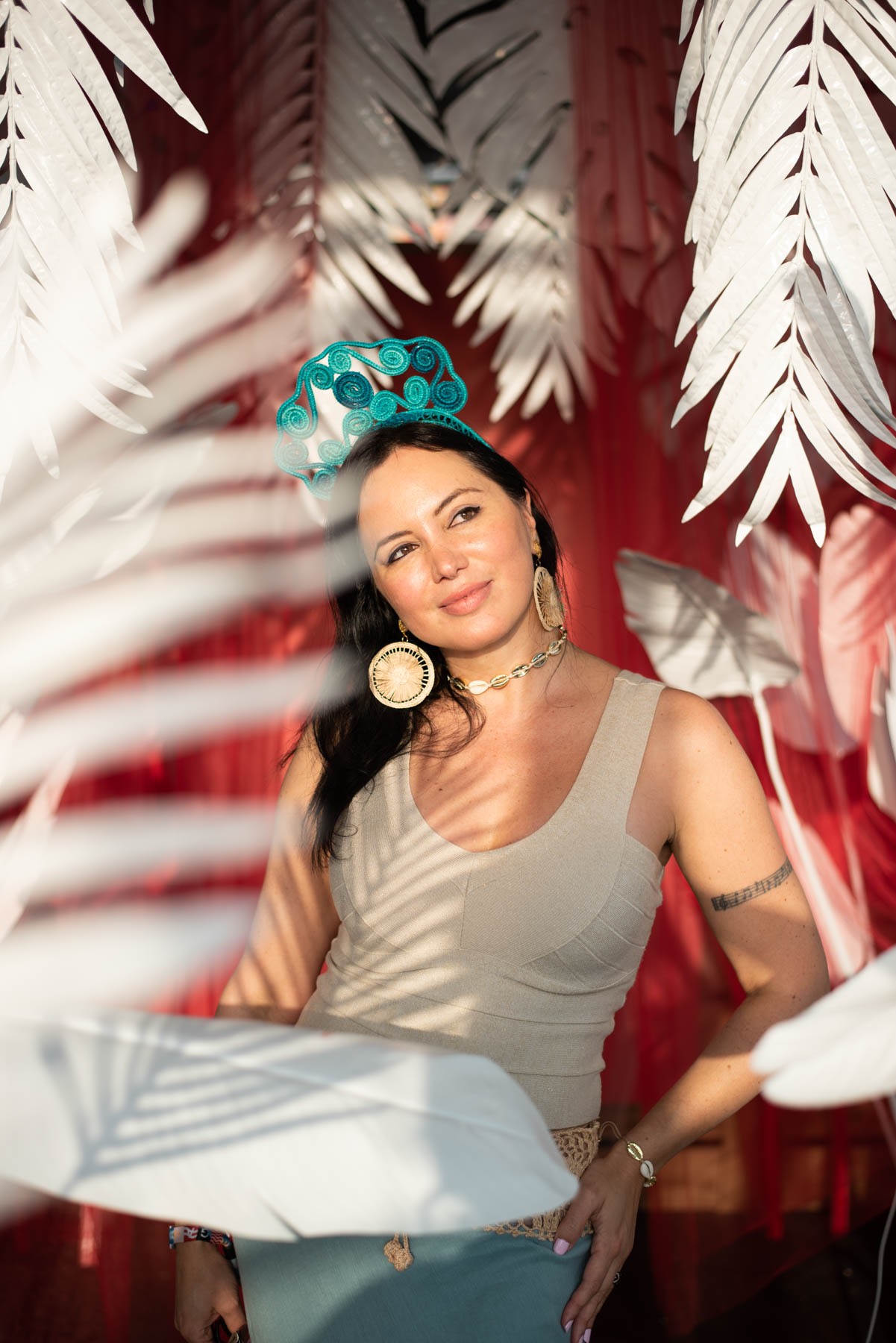 A big issue when it comes to a women in the spirits industry and specially in a male dominated industry such as Tequila or Mezcal, which the first is considered the spirt of Mexico and the second a cultural spirit which is gaining more demand but very little information is available specially in the sustainability of the spirit. Although both spirits come from a protected denomination of origin, the first is a monoculture (just one type of agave as the raw material) and the second can be made with any of the agaves that grow in the different States within the geographical denomination of origin, which is actually the largest of all the world’s denomination of origin (DO). Read more>> 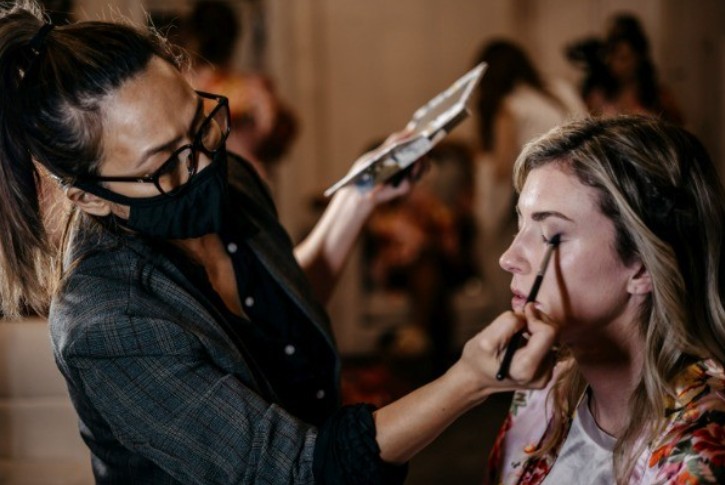 I always hear “I don’t need much. I just want a natural makeup.” It’s a misconception. Natural makeup doesn’t mean it’s easier. In fact, it’s harder especially now with social media. It’s not just putting on foundation, powder, and lipstick. There’s so much more that goes into it. Work starts with a consultation. This is where you analyze the skin, know if your client has allergies, skin issues and other concerns. Read more>> 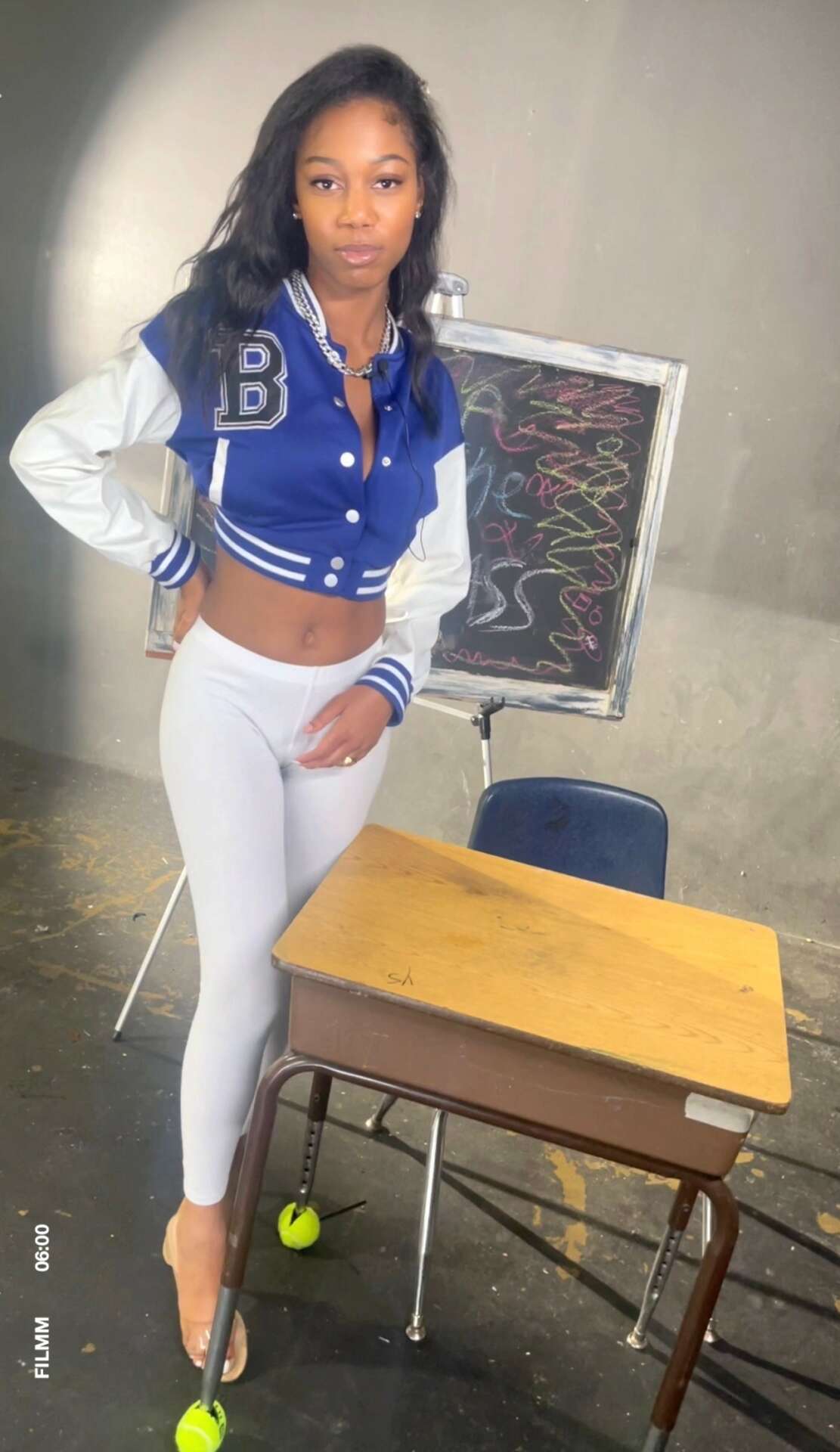 Definitely. I feel misunderstood all the time by everyone around me. I have a very complex way of thinking and a personality that can’t always be defined. In high school, I was popular because of my goofy personality, fashion sense and athletic boyfriends, but I wasn’t loved and liked by most. Actually, most of the girls did not like me so I always made friends with guys. Fast forward to college, I was now able to walk in my truth and be my authentic self without feeling bad about it. Feeling like the “weird ” one.. Read more>> 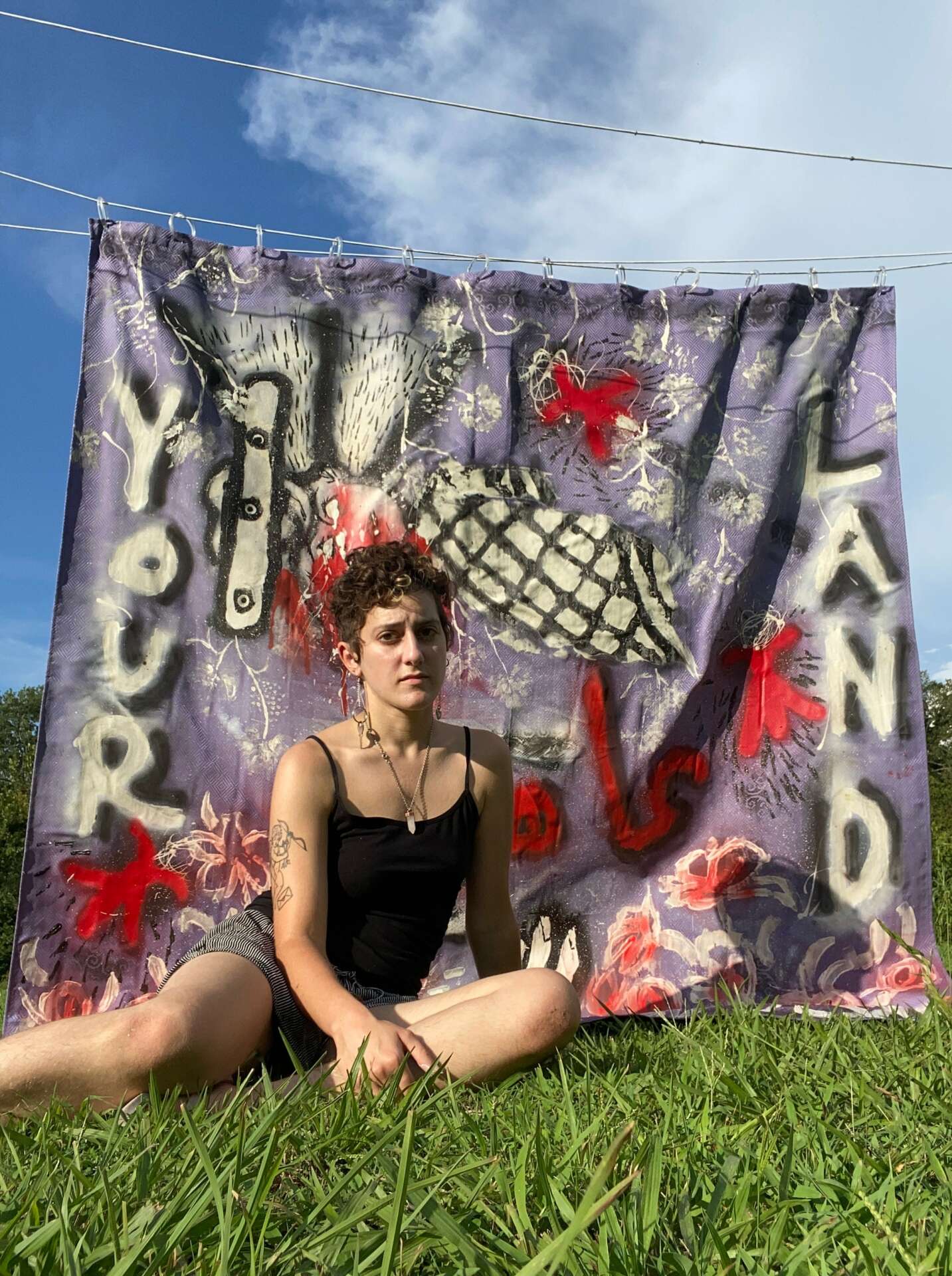 Often times when I am making work it ties back to my Palestinian heritage and so my audience then becomes other Palestinians living in diaspora or under the occupation. As an artist I do not have an interest in making work for every audience but instead want to focus on my people. One of the most common misunderstandings I have from people comes from outsiders or people who know very little about Palestine. Read more>> 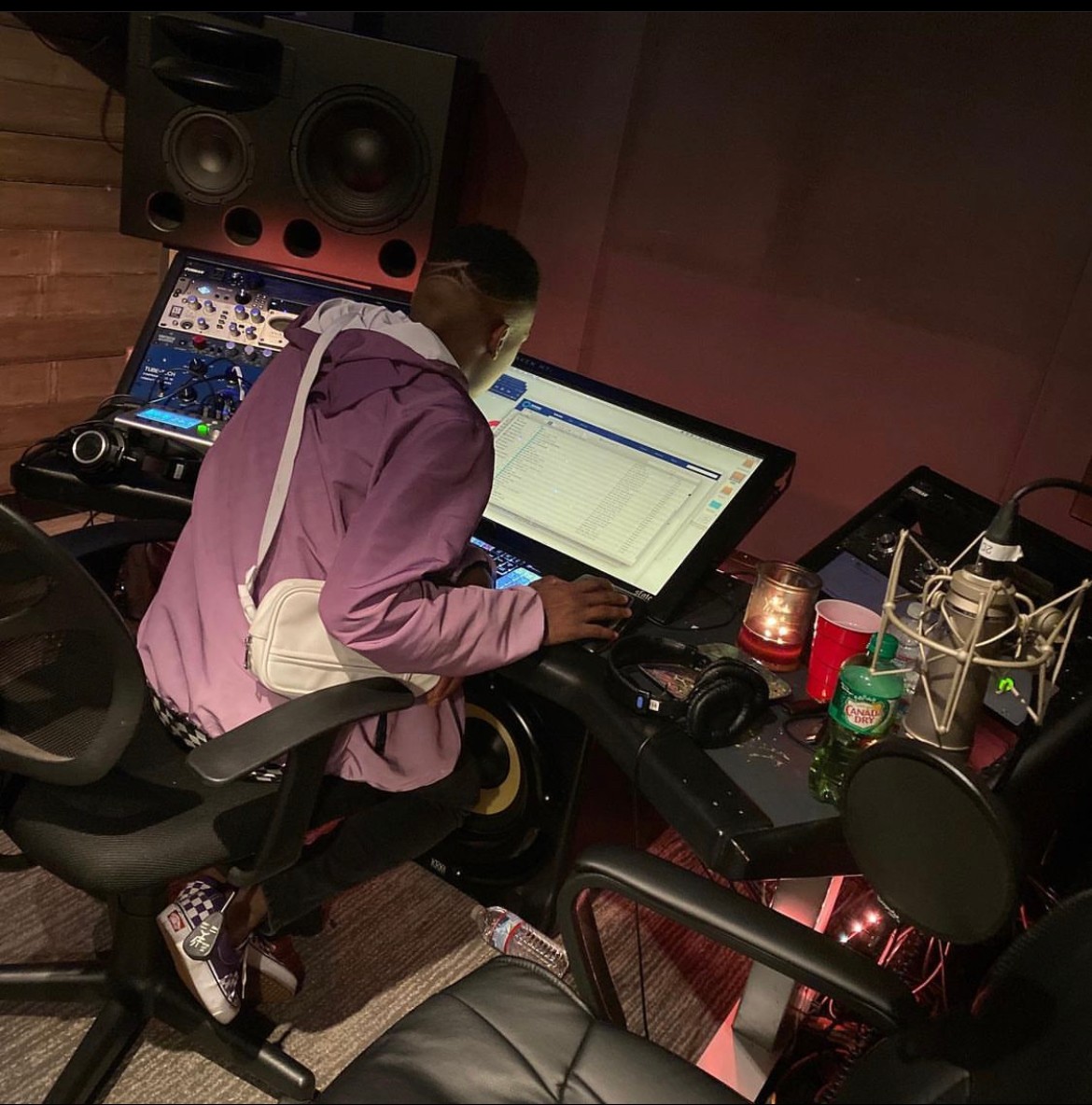 Of course ! All the time unfortunately It solely depends on the person though. It’s easy to be mischaracterized and judged when your a kid getting into a majority adult industry. The criticism is crazy but it keeps me going. I feel like most of it is hate due to the fact they see my potential , they feel my passion , and dislike it ….I also know they just don’t understand me and once they do their opinions will change.Even on a bigger scale when it comes to the music I produce and release , their is always different inputs and energies with different people . Read more>> 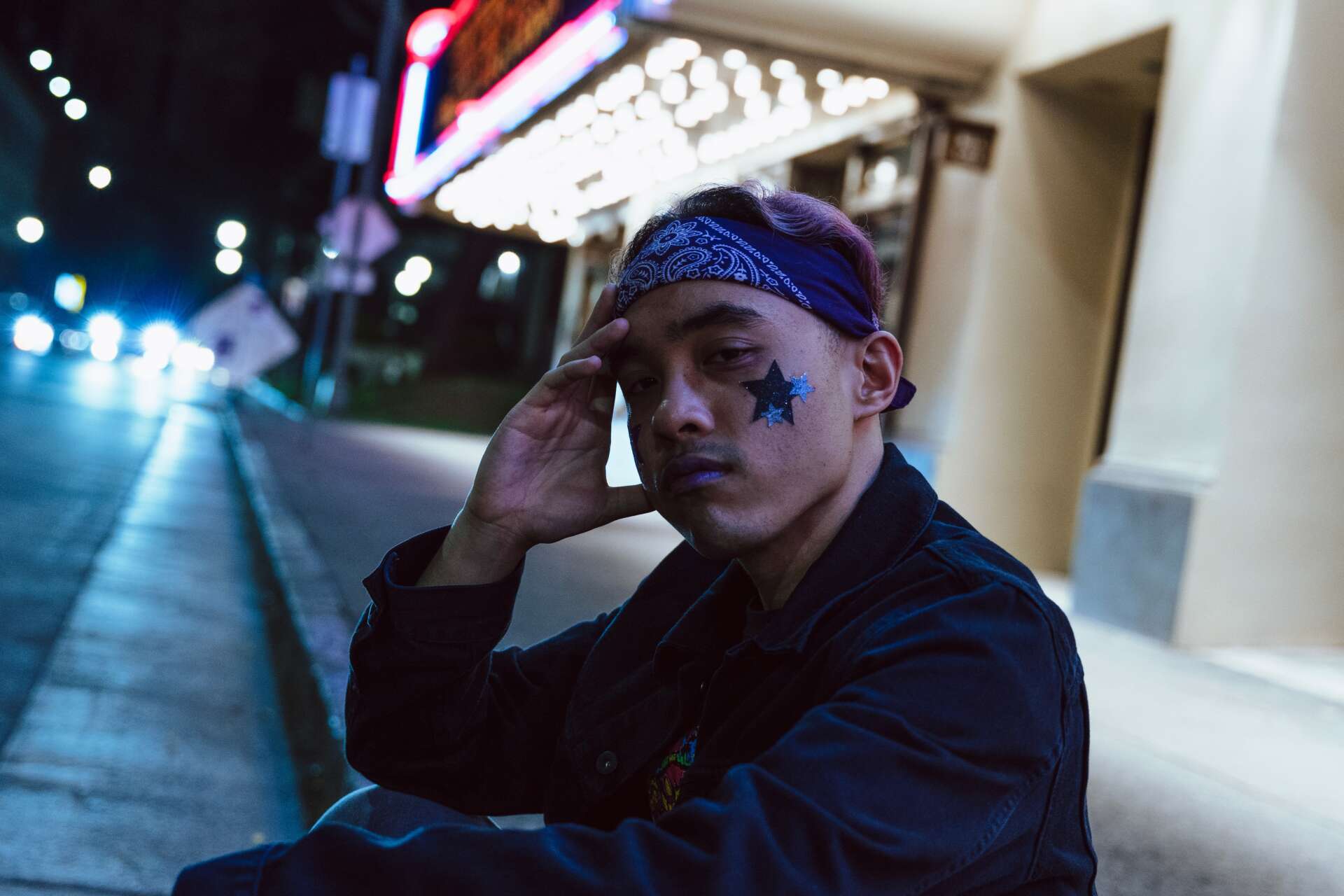 Absolutely yes! This is a multi-faceted and loaded question. I don’t have a specific story because I feel like I’ve been misunderstood or “mischaracterized” throughout the entirety of my existence on Earth. I admit that I’m pretty “out there” in terms of presentation and personality and I always aim to “embrace the strange” in everything that I do. I’ve heard from some of my peers in music that I come across as “odd”, “gimmicky” or “weird” but that’s fine by me. I take those perceived insults as compliments because I’m just being my truest and most authentic self. (Insert alien emoji here) Read more>> 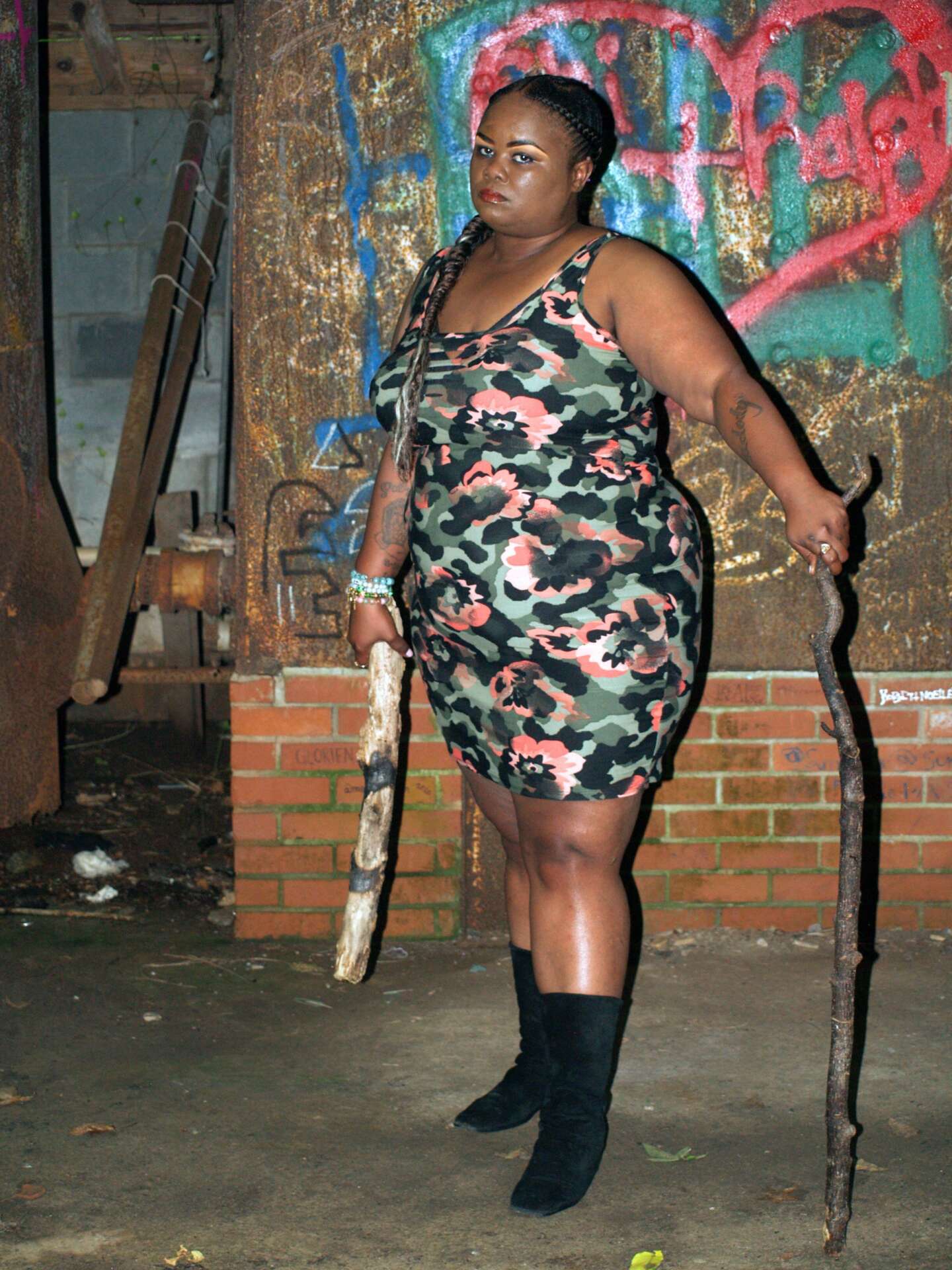 With me being an only female born Into all male siblings, it’s been an adventure to say the least. It’s always, “oh you’re so tough” or “why are you so rough” “you act like a man, etc…..and it’s crazy because people simply overlook the fact that I am a only girl and the last of the bunch, so I was raised a little different. My mom had to learn how to raise me after having a couple of males, and they all had to learn as well and adapt to me. Read more>> 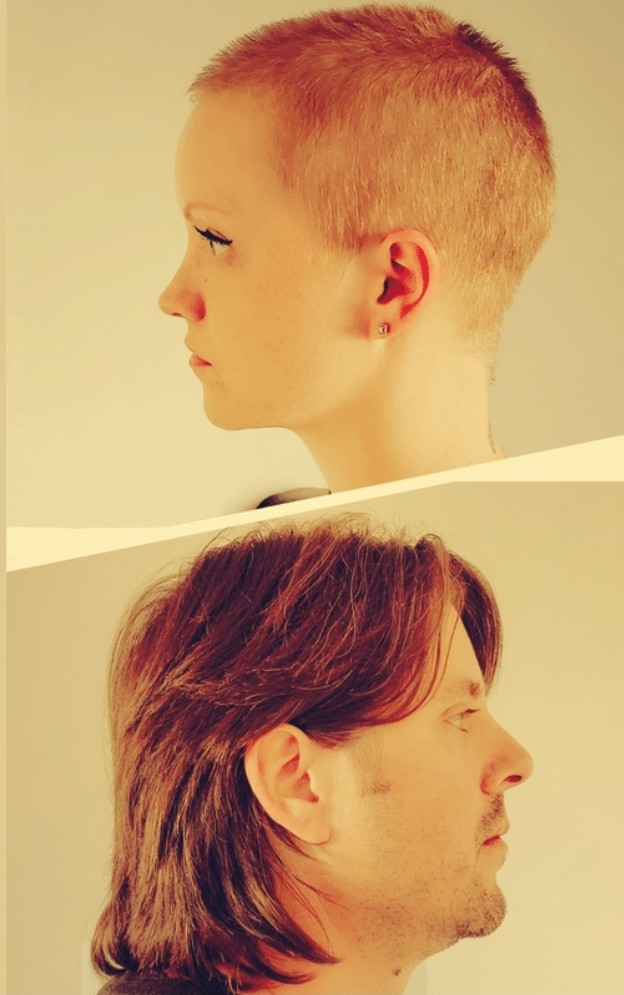 I tend to wear my heart on my sleeve, and write about personal experiences and perspectives. It’s no secret that I’m an opinionated person, ha! But Jeff has always encouraged me not to shy away from that part of my personality when it comes to writing. So when I wrote the lyrics to our song ‘Dear God’, he was adamant that we should record and release it. Read more>>

I have been misunderstood, and mischaracterized my entire life because I have Asperger’s Syndrome. It is a high functioning form of Autism where three of the main traits would be – exceptional verbal skills – below-average non verbal skills – lack of eye contact Therefore many times people think that I am rude because I fail to make eye contact; while not understanding that it is something that is difficult for me/us to do. Read more>> 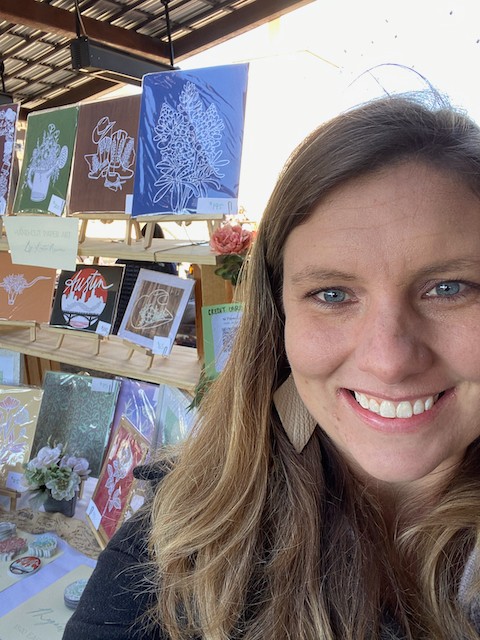 Although I have yet to feel that my work has ever been misunderstood, I myself once mischaracterized art and what an artist is by its major stereotypes– and it’s a big reason why I did not start my art career until well into my adult life. Artists are always seen as these overly emotional, sorta hippy types. Growing up, while I loved to draw, I did not identify as these things. I am highly analytical. I was interested in art but also in science. I am not overly emotional, nor do I live by my feelings. I actually liked math (and was pretty good at it!). I never feel like I put all of myself into my work, and I don’t have an overwhelming urge that I “must express myself.” Read more>>