We were lucky to catch up with Winston Harrell Jr. recently and have shared our conversation below.

Winston, looking forward to hearing all of your stories today. One of our favorite things to brainstorm about with friends who’ve built something entrepreneurial is what they would do differently if they were to start over today. Surely, there are things you’ve learned that would allow you to do it over faster, more efficiently. We’d love to hear how you would go about setting things up if you were starting over today, knowing everything that you already know.

For me the challenges that I faced were Partially racial motivated, economically challenge and educationally unavailable.
Living in the inner-city of Chicago was a tremendous struggle just to survive dodging the drug dealers and bullets was terrifying. I somehow managed to rise above all that extreme oppression and poverty and went to High school.

In those days I was one of ten African American students in a student body of 500 students. It was extremely difficult while in school being called the “N “word every day. My parents were determined that I graduate from a Catholic school and were determined that I get a good education. Money was a very scarce commodity and art supplies were impossible to purchase.

I started working a part time job at White Castle hamburgers as an assistant manager when turned seventeen. I managed to pay my high school tuition, buy my first car and my rent my first apartment.

After high school I enrolled in Malcolm X community college in 1978 where I majored in Art and Music.

It was the first college where I felt at home. The curriculum was rigorous and demanding. As a result, I dropped out of college at least five times before I finally settled down and enrolled in Cooking School at Le Cordon Bleu of Chicago in 1997.
It took me many years later to finally understand that I was born a true creative mind.

If I had to pick what I would have changed I would have to say I need for more guidance and support from my parents. I financed my own education and supported myself as an Artist. If I started my Artist career at a much earlier age and been more diligent about my studies, I would have been a millionaire by now. 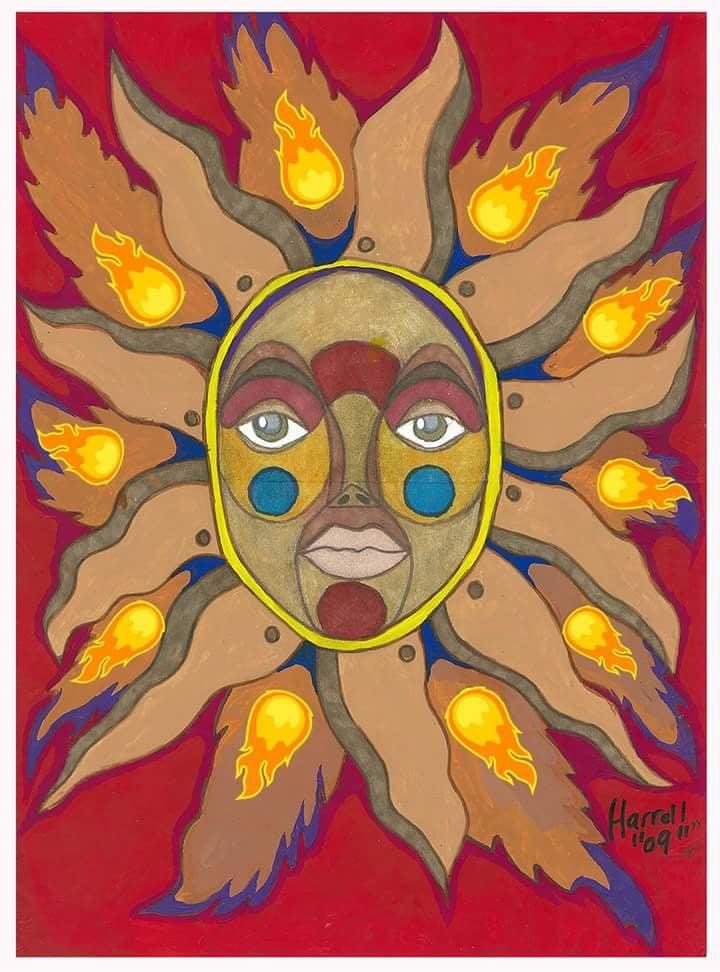 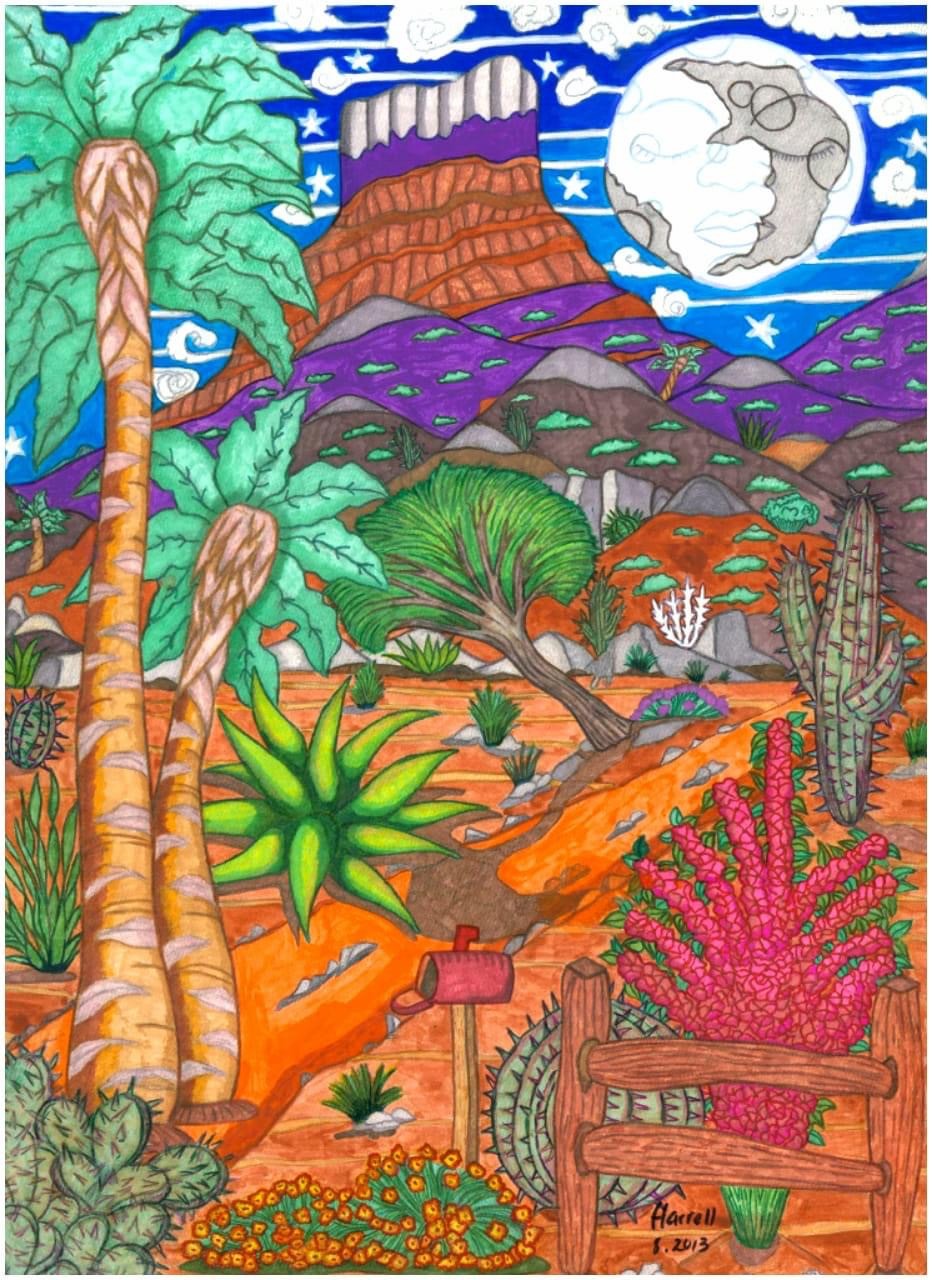 Winston Harrell Jr. was born in Oceanside California in 1958 but he grew up in Chicago Illinois in 1960. He started his art career at the age of fourteen. In 1970 he participated in Mayor Daley’s summer Youth Program for inner city under Privileged kids in 1972.
This program focused teaching neighborhood inner city youth the value of Art through the creations of Murals and other neighborhood artwork.

To better fuel his curiosity for Art he later enrolled in a two-year correspondence Art course for commercial artist thru Art Instruction Schools of Minneapolis Minnesota. Where he learned the basic principles of Art and illustration. As his creative desire for learning grew, he completed the A.S. program for Culinary Arts at Le Cordon Bleu of Chicago in 1997.

To better equip myself with the changing world of computers, digital art and graphic design he enrolled in the Visual Communication Program for graphic design at Westwood College in Atlanta Georgia in 2006. Where I secured a A.S. in computer graphics and design.

He currently exhibits his Artwork at Jarrod’s Tea House and Art Gallery in Mesa Arizona and a Whatzit and Whoozit Retail Outlet in Phoenix Arizona 2021.

He is also an active member of Arizona Artist Guild. My creative talents are an Extension of who and what I am as a person. I am inspired by feelings of home a family.

After I graduated from Le Cordon Bleu of Chicago, I relocated to Atlanta Georgia in 1997. At that time, I was new to the culinary industry as a Chef and had some minor experience catering in Chicago. I was determined to succeed at any cost.

When I moved Atlanta, I decided to reopen my home-based business named “My Artistic Cafe “a personal chef service.
I promoted my business through my job while working full time as a Patient Care Technician at Grady Memorial Hospital in 2002.
I baked cakes, desserts, cooked chicken wings and made tons of potato salad all without owning a car.

I literally transported the food via the Marta public transit system in Atlanta and nearly close to impossible but again I was determined. I never missed an order of left a client with their food. 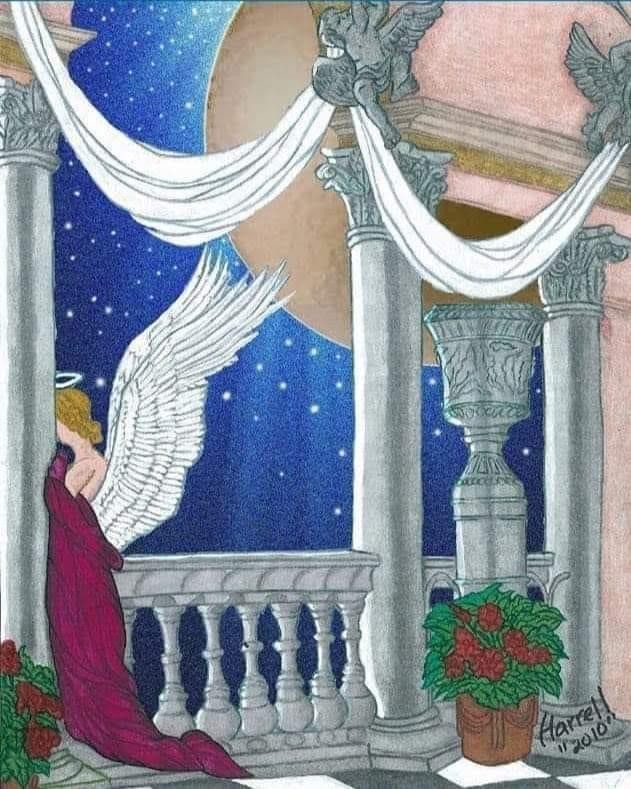 I originally started my Business as a Catering company and Chef service. Later I changed my products for easier production and transporting.

I retained my original name but started selling and creating artwork.
I think the most important thing I learned is cover your butt.

Make sure that you have all financial agreements completed up front, have clients sign a contract and leave a deposit. Show samples before your final production. Don’t do anything without a deposit first. I once catered a party for a client in Atlanta with no contract and no deposit. The client never paid me for the event and refused to acknowledge that he owned my money.