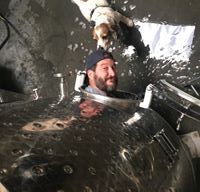 We were lucky to catch up with Vince Obarski recently and have shared our conversation below.

Hi Vince , thanks for joining us today. We’d love to have you retell us the story behind how you came up with the idea for your business, I think our audience would really enjoy hearing the backstory.
Picture a 10 YO boy playing his favorite game (D&D) and “provisioning up” for the next campaign. In his provisions he included “mead” yet he knew not what exactly it was, other than it was more expensive than beer and ale “so it must be good?” Fast forward 15 years and now the same individual is in the armed forces and on a joint military exercise in Norway. During one of the few opportunities to “go to town” and get some good hot food and drink he happens into a tavern and espies the word Mjod on the wall. Asking the barkeep what the word meant, he was blown over when the response was mead. Like he was 10 years old again, he dove into his pockets for his kroner (Norwegian currency) aka gold and silver pieces in his mind now and spent all he had. It was not known how this man turned boy got back to the bivouac, but what was know was that the magical libation made an indelible impression in his mind. Fast froward another 25 years, and this same individual and his wife were in the process of re-evaluating what was to be the next adventure in their lives. Safe to say that they were both burned out with their day jobs and working for others, the time was right to set out on a different path, one that they had a say in its direction. While sitting in their backyard they were having another discussion concerning that very topic when he noticed at his feet, a small worker bee that was at the end of her life. He picked her up so to hold her close during her last moments and she without provocation stung him in the thumb, but strangely (unlike so many times before) there was no pain associated with the sting, instead there was a sense of euphoria. Into his mind, “she just shared her final life essence into my bloodstream” all at the same time remembering all of the very recent experiences involving bees. Experiences like standing in a parking lot during a swarm (while all others ran for cover), watching thousands of bees zooming by as a new queen was readying her followers to search out a new location. Or, putting up an owl box in the backyard and not getting owls but instead a beehive that has now flourished for years… the list goes on. So, in that instant it all made sense, MEAD!!! Everyone else out there is doing beer or wine, but where’s the mead? It’s the oldest know fermented beverage out there, but it’s as common as hen’s teeth. This is what I’m going to do!!! 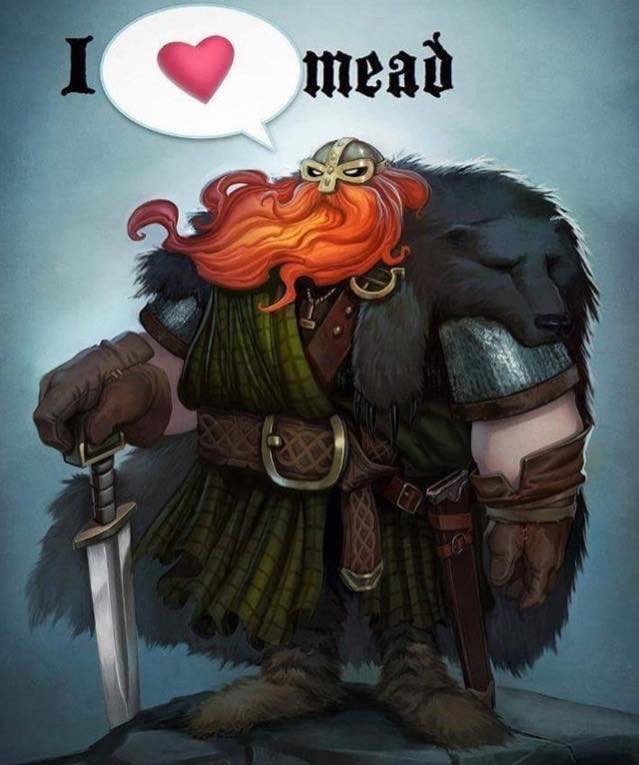 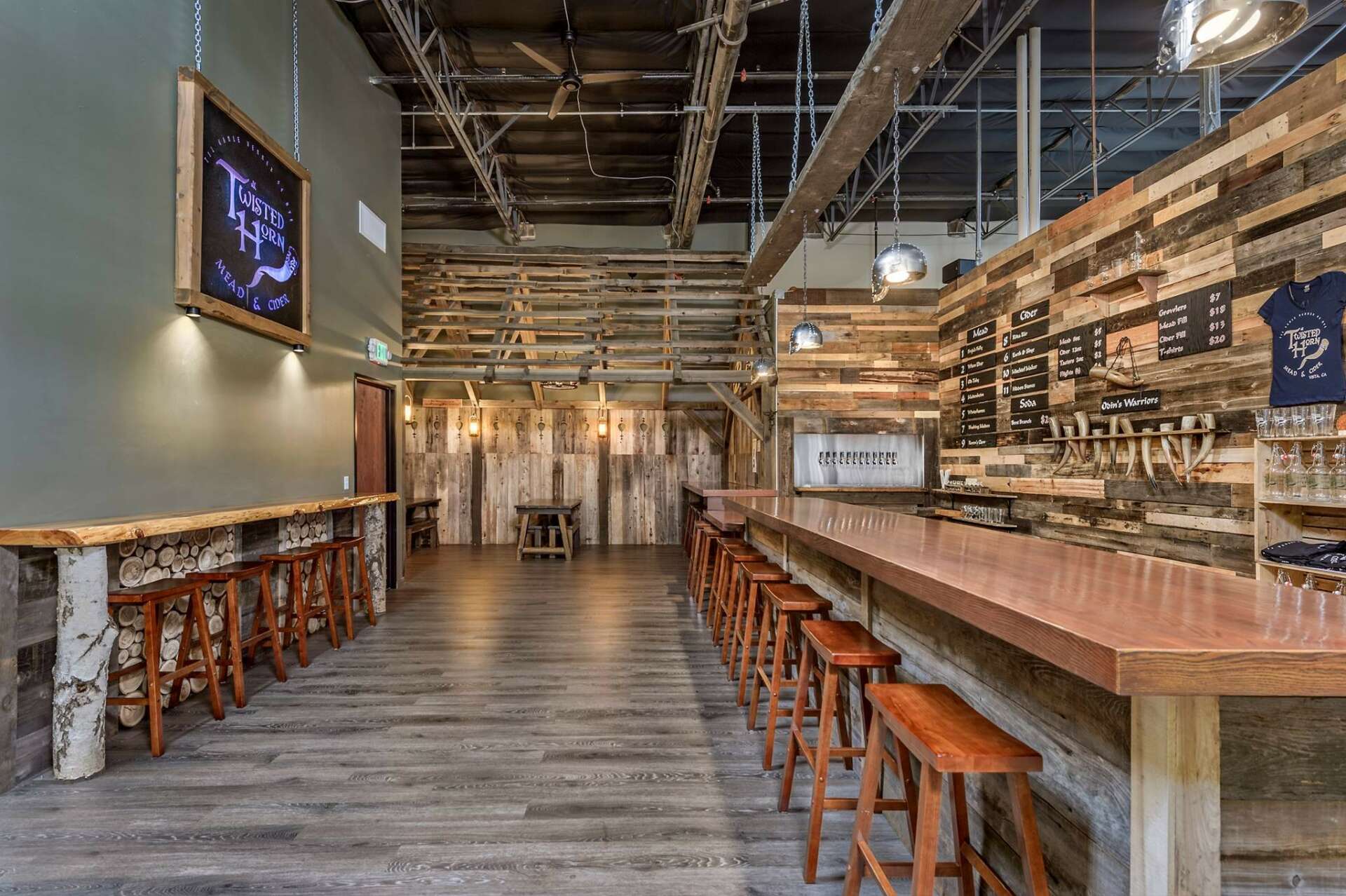 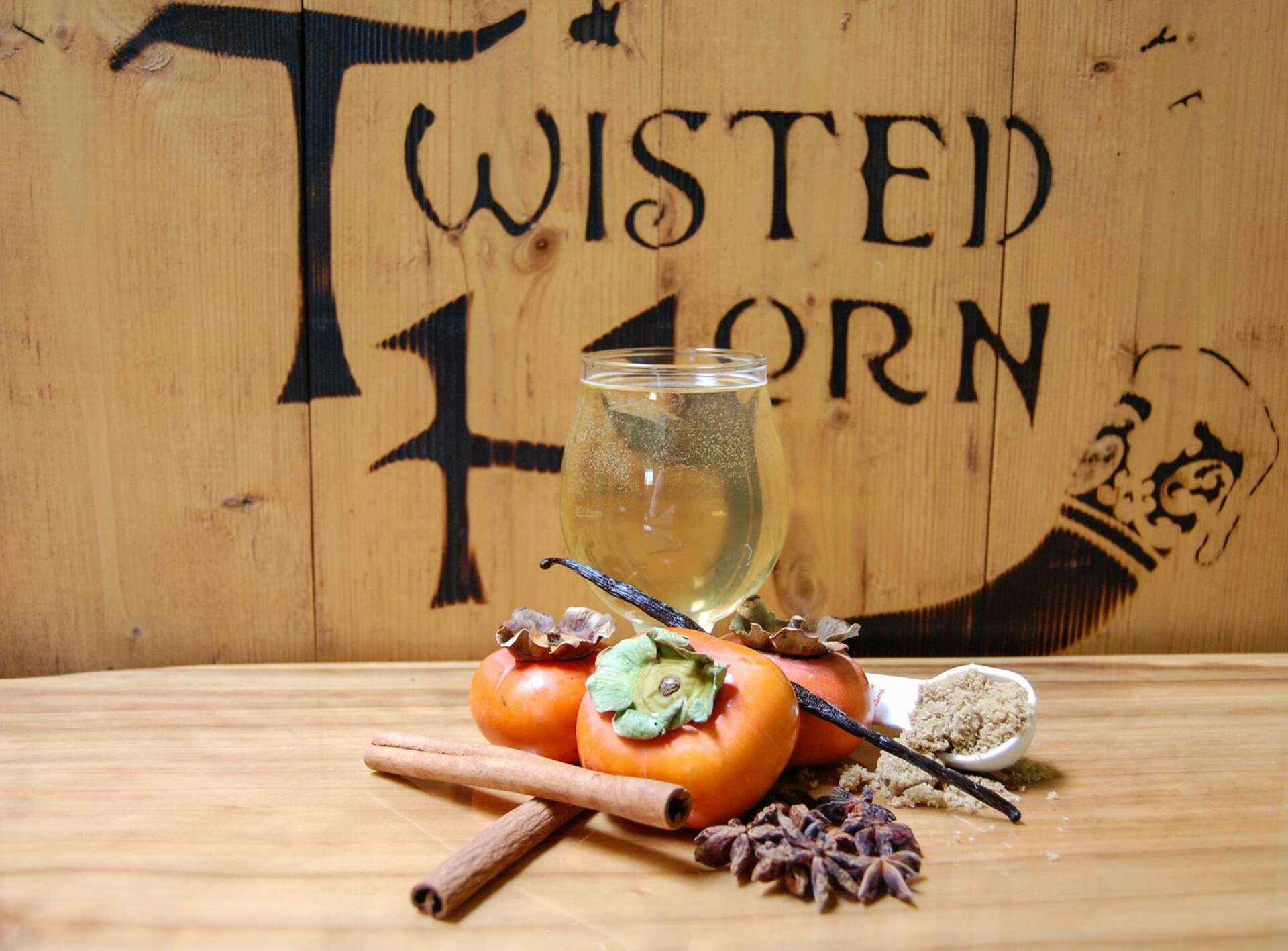 As always, we appreciate you sharing your insights and we’ve got a few more questions for you, but before we get to all of that can you take a minute to introduce yourself and give our readers some of your back background and context?
I am a 56 YO guy that loves history, mystery, fantasy, my dogs, my wife, the environment and outdoor activities. I also love to cook and make booze, the later I decided to take on as a profession. I wore our nations uniform for 7 years, been quite a number of countries, worked a lot, played a lot, and was up until a few years ago a Dental Hygienist by trade. After tiring of the day to day working for others my wife and I agreed to set a different course and go into business for ourselves. I (we) chose to go into mead and cider production as well as have a tasting room available for all to enjoy. Hence Twisted Horn Mead and Cider was born and has now been around for 5+ years. My training and education was informal at best, with the majority of it coming from reading a large number of books as well as membership and experience with local homebrew clubs. At that time I also decided that the style that I would pursue would be different than most other meads that were to be found. On the average, most mead is between 12%-20% ABV (alcohol by volume) and either very sweet or very dry and served “still” (no carbonation). Instead I opted to make my meads 8%-10% ABV, more of an “off-dry” style and served with a slight carbonation. The real litmus tests came from attending large events, serving my homemade product, and receiving real time feedback from the general public vs. friends and acquaintances. Honestly, I was floored on how positive it was and by such a vast majority of those that sampled my wares. I decided that I would go against the grain and do things differently than most other out there, and up until now the decision has been a sound one. Along the way, we have won some awards but that pales to winning the hearts of the patrons that come and try our craft beverages. Not to mention we have the coolest tasting room in all of SoCal. Hehe.

Can you share a story from your journey that illustrates your resilience?
Well there is one in particular that comes to mind. I was working in the production space alone and in the process of washing and sanitizing one of my tanks. Now the cleaning agent is has a surfactant and is thereby slippery to the touch and on polished concrete it is like black ice. Wearing the wrong footwear (and knowing it) I decided that after I go over and reset my cooling system controls I would don my brewer’s boots. Welp, I hit that very black ice and did a 4 foot horizontal aerial and all 225 lbs went right on my hip, snap it was over. Next, was the 40 foot low crawl to get to my phone, call my wife and the paramedics and wait. Unfortunately, my wife forgot the keys and had to drive back home to get them, it was either that or have my front door smashed by the firemen. It was already bad enough, don’t need a broken front door to add to the festivities. Anyway, after rods, screws… were placed and as soon as I was able to get around in a wheelchair, I was back at the shop. Fortunately, I didn’t break my pointing finger or my jaw as I could still point and bark orders. LOL. Just can’t stay away from this place. 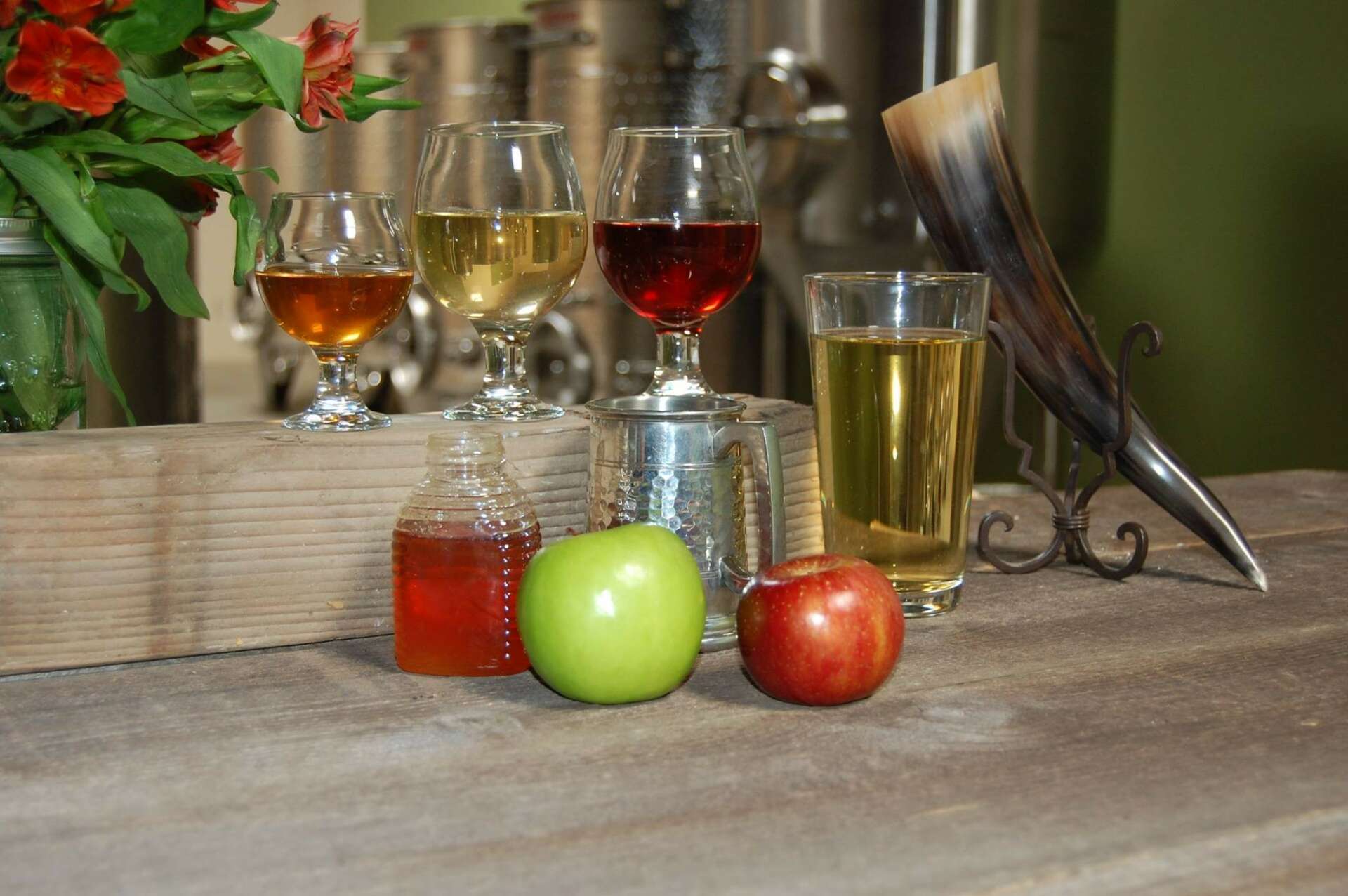 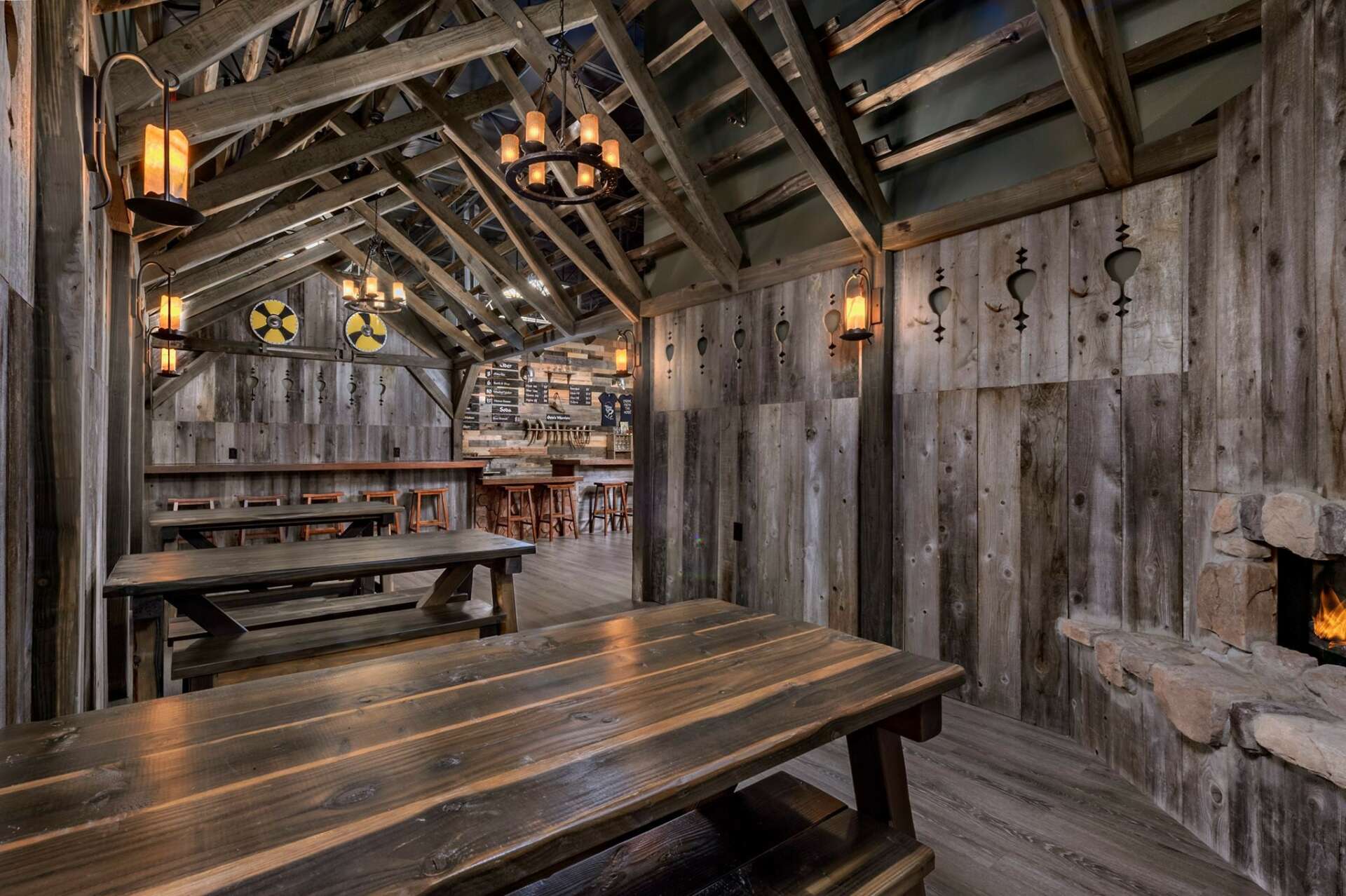 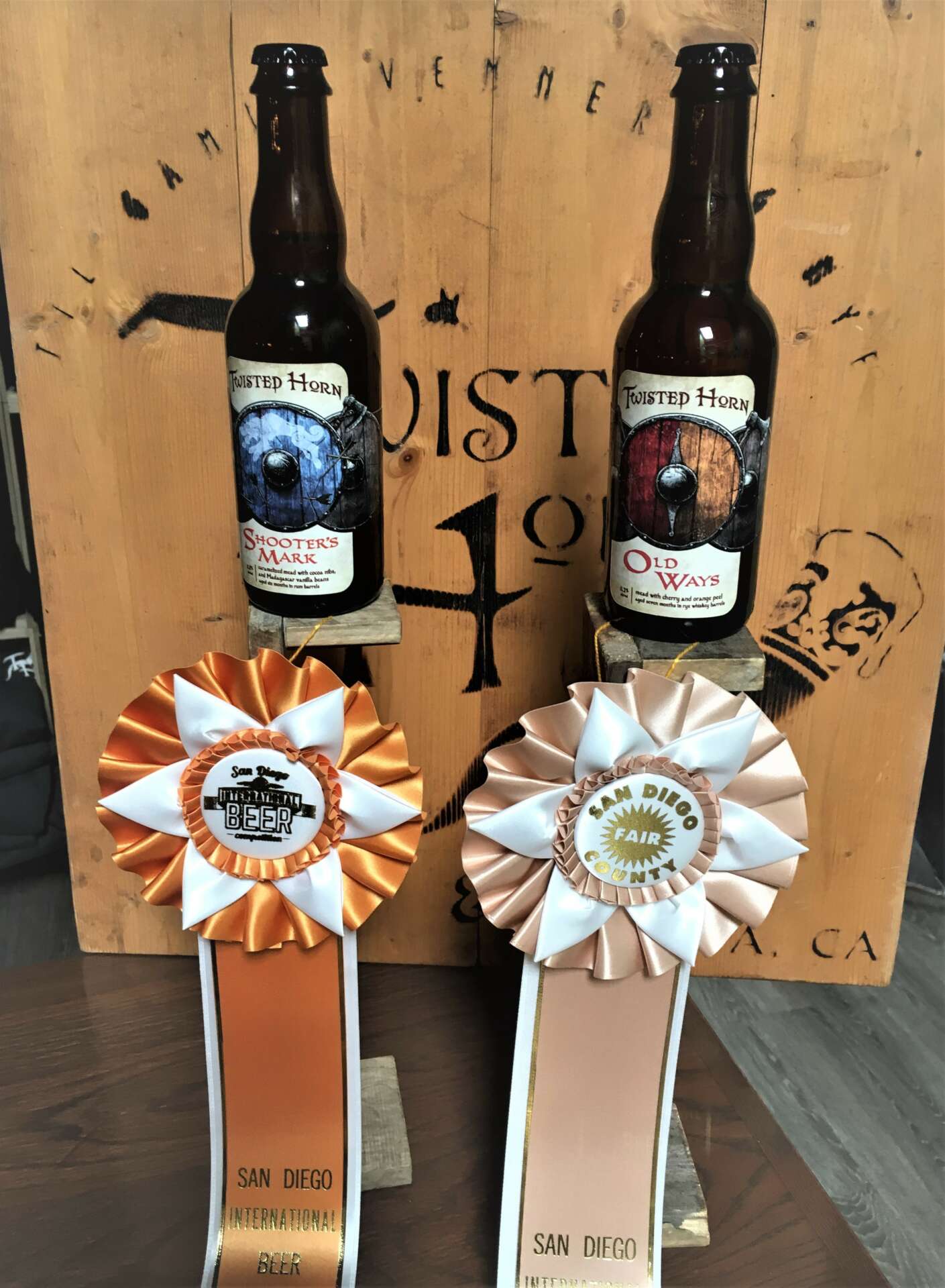 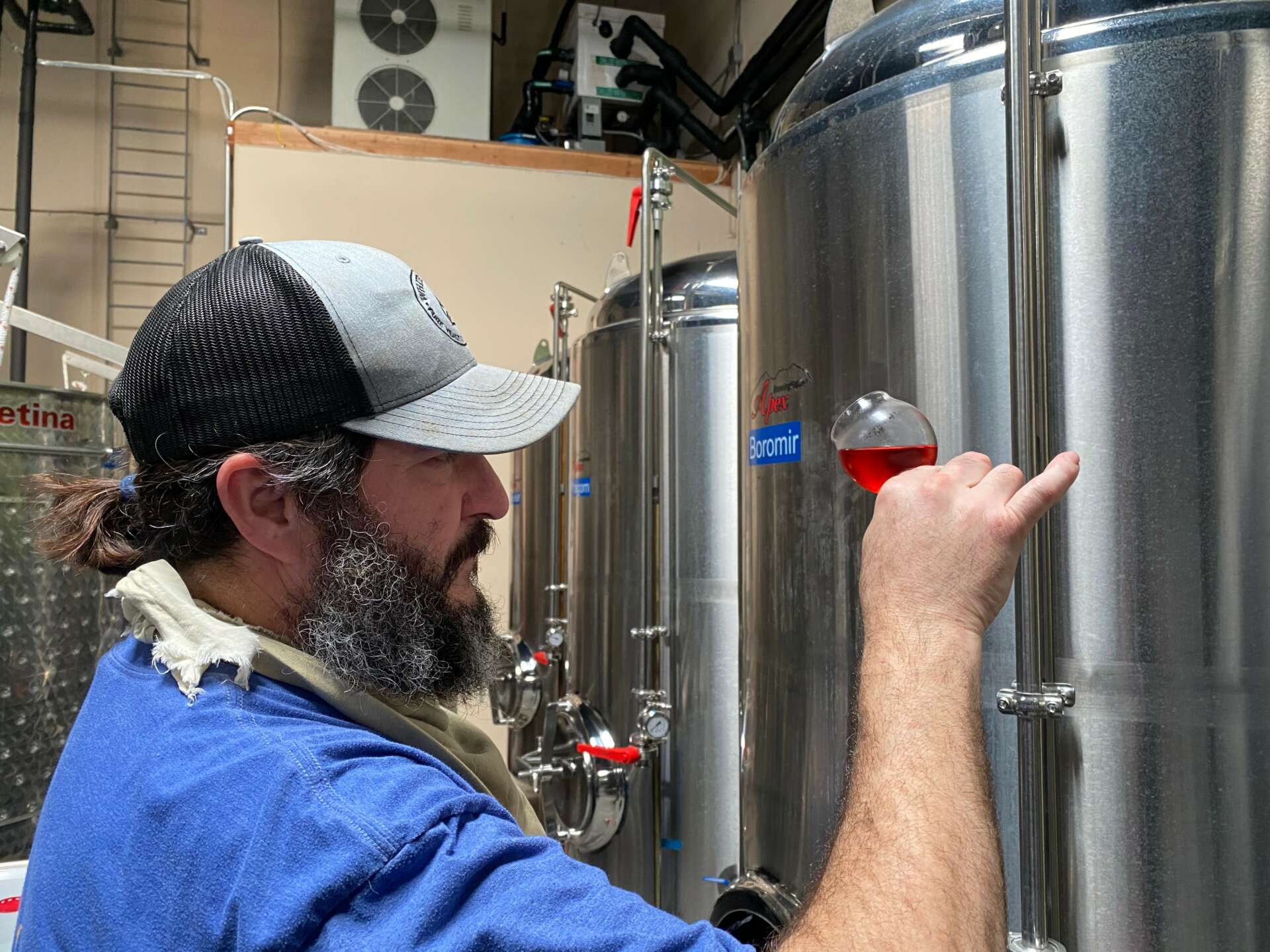 Has your business ever had a near-death moment? Would you mind sharing the story?
I think that the closest call we had so far was of course COVID-19. When it hit we were primarily selling out of our tasting room and some via shipping. COVID essentially shut down our tasting room and with it went most of our revenue. So like so many others like us, we had to reinvent ourselves to a certain point and jump into bottling and canning before we were fully prepared. As everyone was scrambling to do the same, the fight was on simply trying to source those very containers, it was tough. We also came up with a “growler” exchange program where patrons could bring in used and cleaned out Twisted Horn growlers and exchange them for others that had been turned in and further cleaned out and sanitized by us and then filled to their order. All of this would have been for nothing though without our fan base that really came in and supported us. Heck, we even had folks donating money, writing checks, buying stuff just to buy it, anything to help keep us afloat. These are some great people that really came to our rescue.