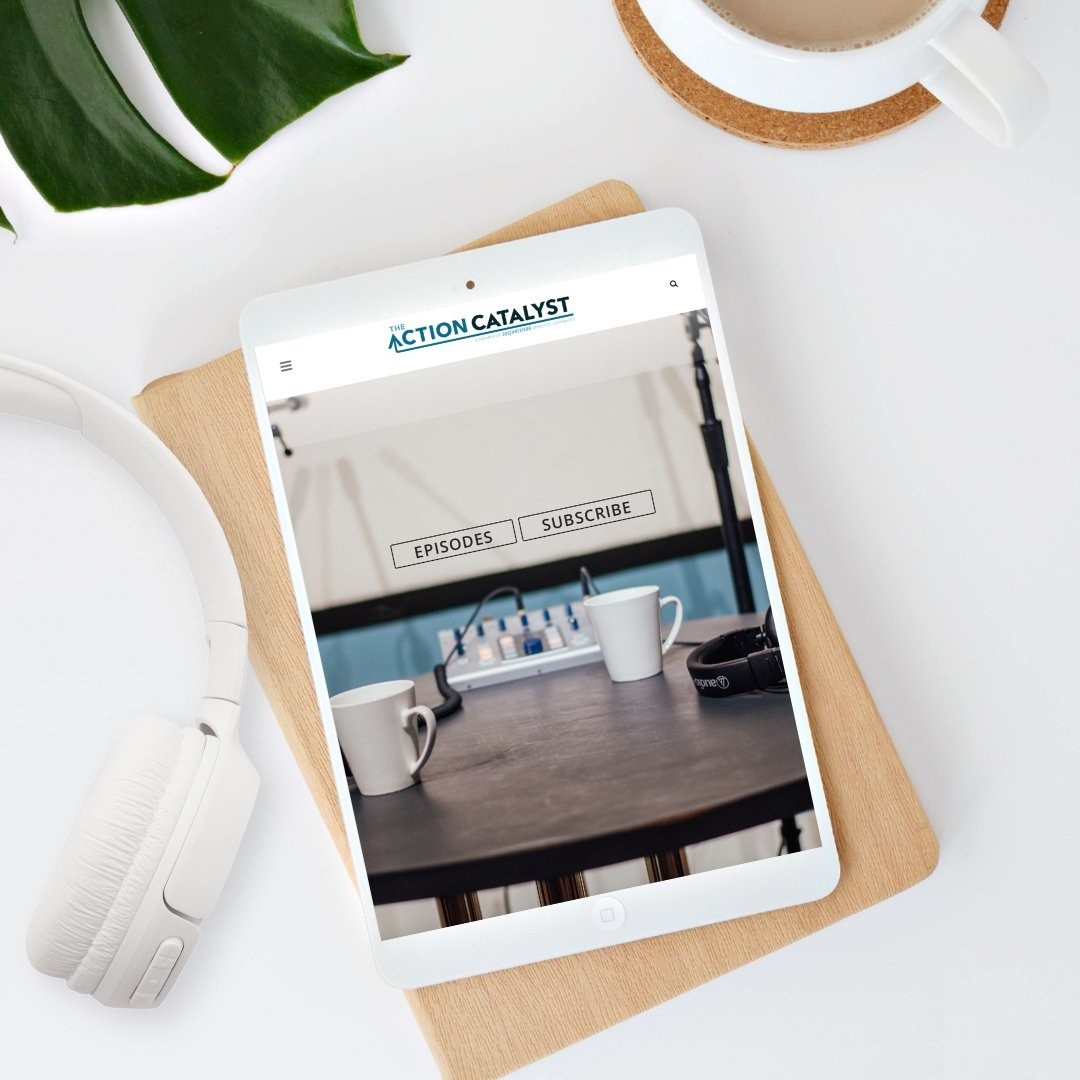 We recently connected with The Action Catalyst and have shared our conversation below.

Action Catalyst, looking forward to hearing all of your stories today. How did you scale up? What were the strategies, tactics, meaningful moments, twists/turns, obstacles, mistakes along the way? We’d love to hear the backstory the illustrates how you grew your brand.

Getting The Action Catalyst from where it started to where it is today was a long process, but with each change came a pivotal step up. The program was a pretty early adopter of the podcasting format, starting in 2013. It began with it’s original host, who sort of started the format, brought in a big social media following, and got things brewing. About 4 years later, that host exited, and a new one came on board, who started doing even more in-depth discussions, really utilizing the fact that there are no time constraints on podcast conversation. He was soon joined by a 2nd host, which helped diversify the sound of the program, the personalities on display, and our ability to promote to more people. We also really scaled up by stripping down; by making the episodes shorter, faster-paced, and to the point, by putting content and valuable information at the center of what we were offering on social media, and by presenting our episodes on podcasting platforms in a way that let people know what they were getting right away. We removed a lot of the fuss, put the good stuff in the spotlight, and it’s led to continued, steady growth, and a very satisfied fan base. 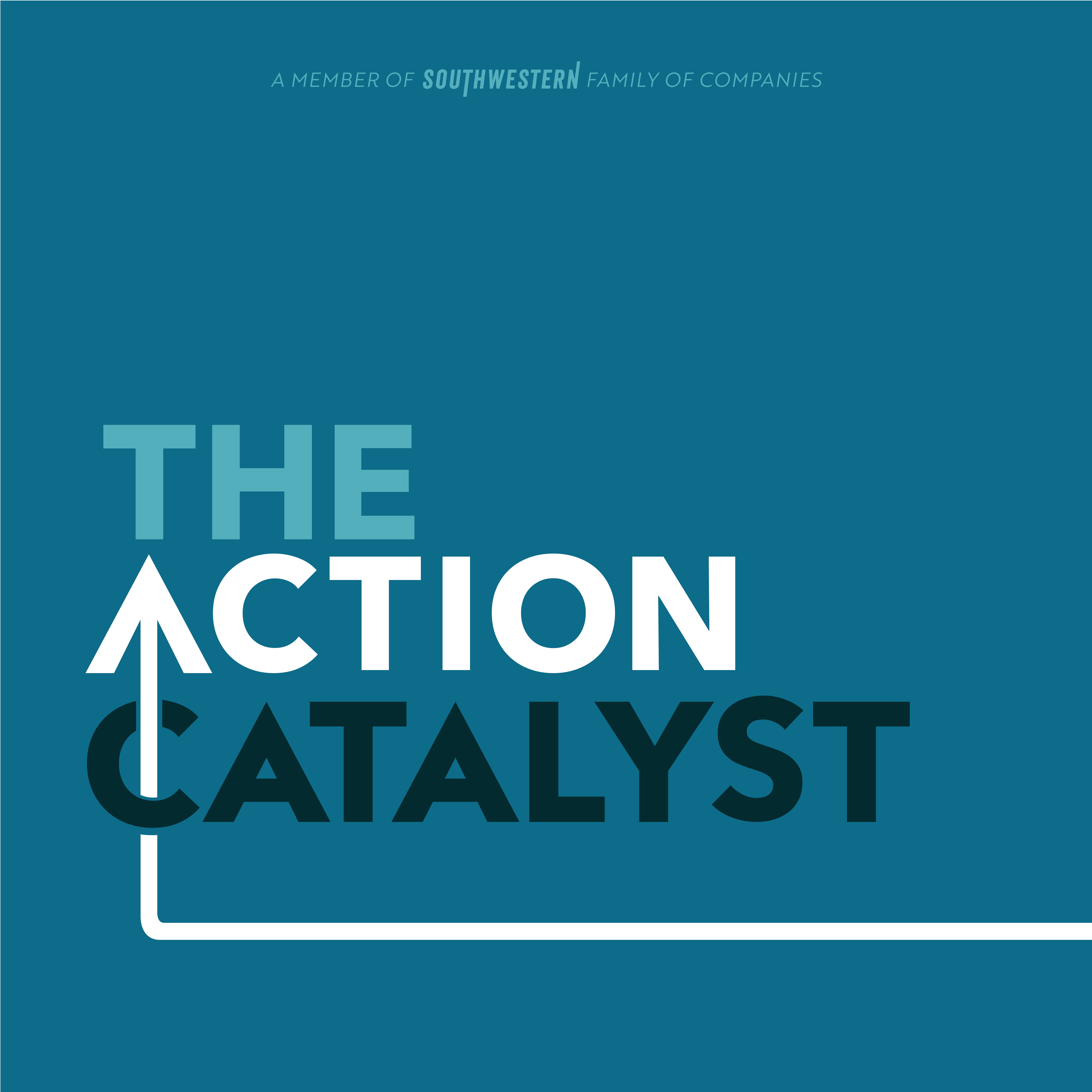 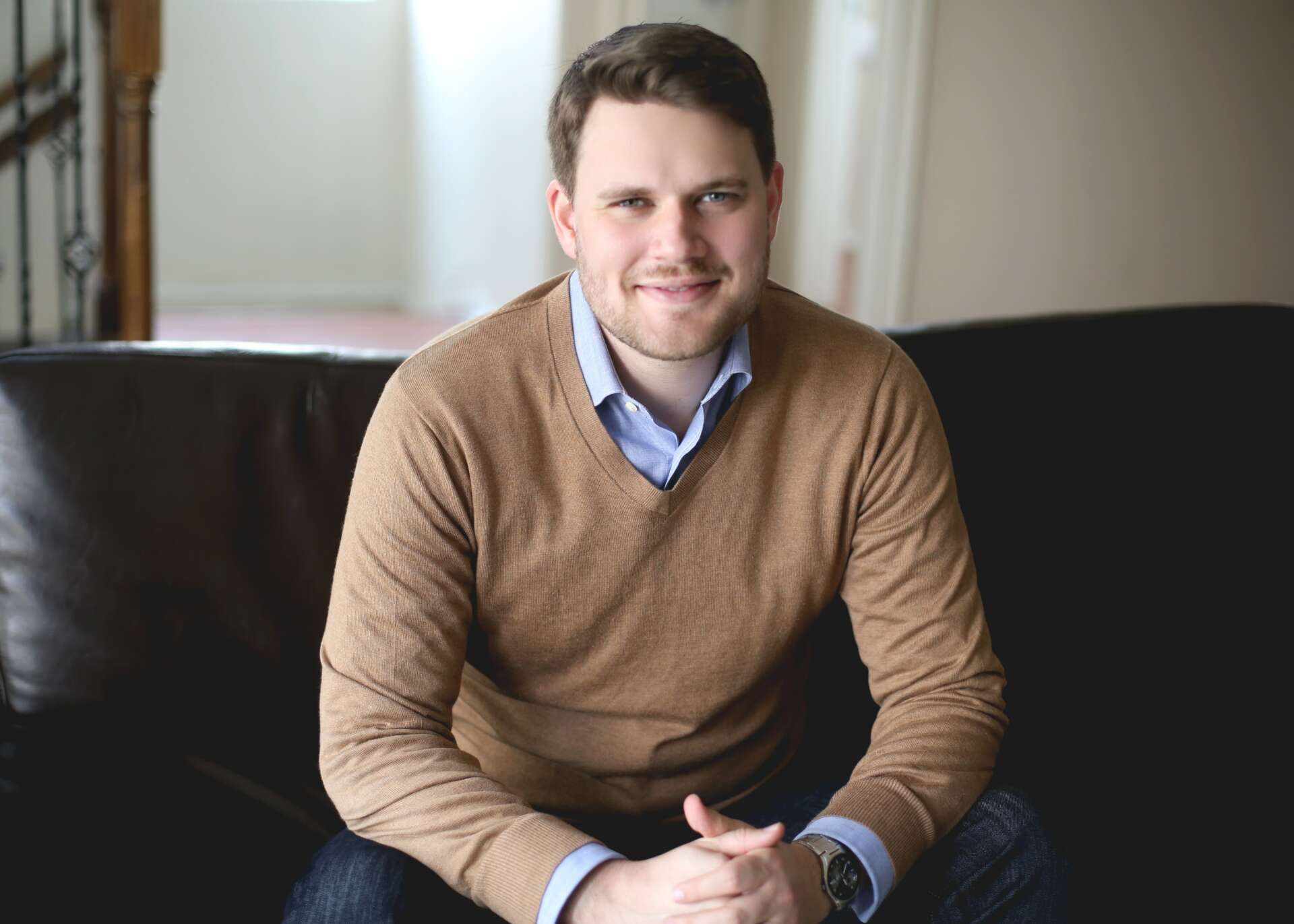 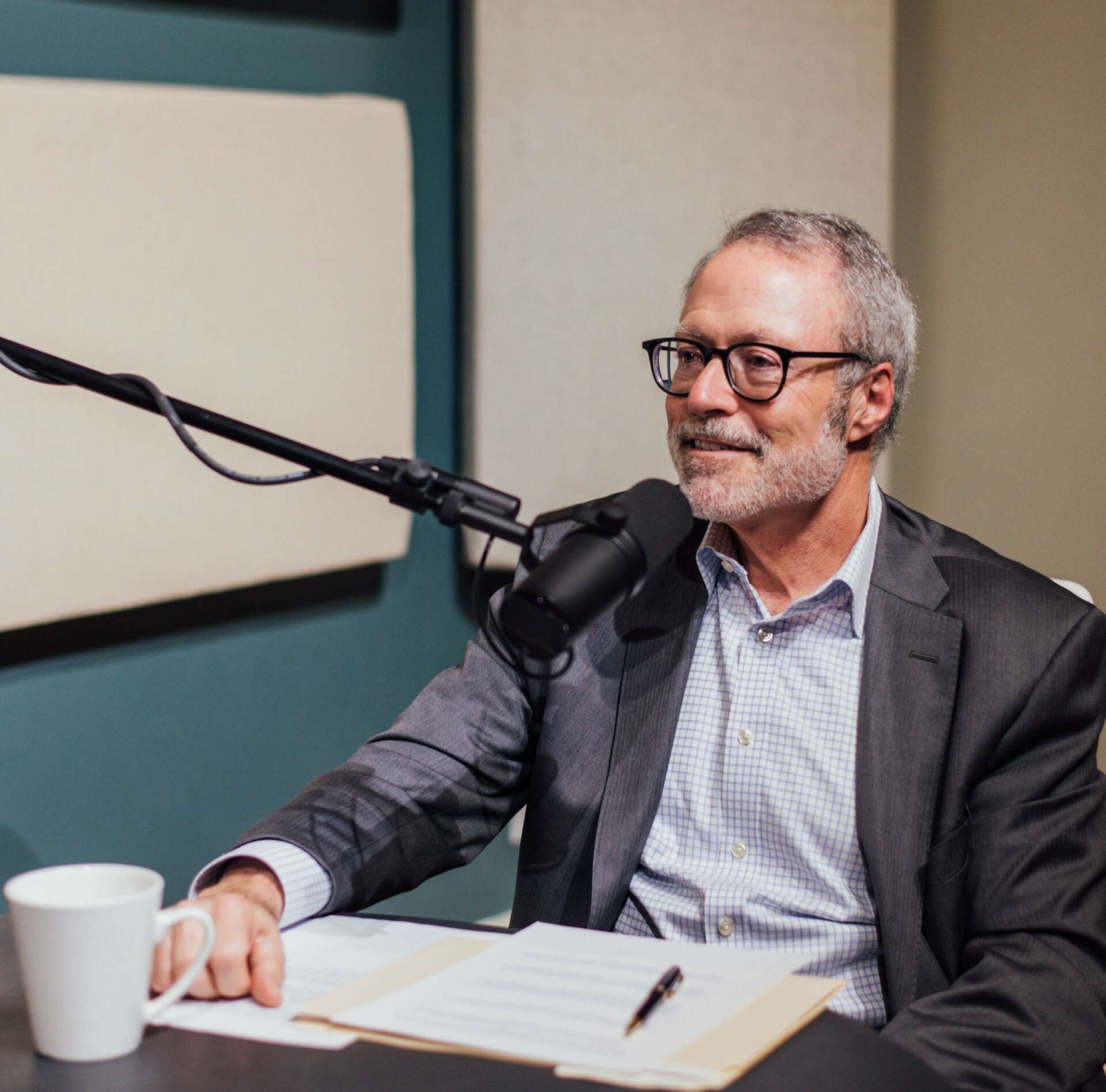 Action Catalyst, before we move on to more of these sorts of questions, can you take some time to bring our readers up to speed on you and what you do?

Absolutely. The Action Catalyst is the flagship business and motivational podcast of Southwestern Family of Companies, which is one of the largest and oldest private companies in the country. They were established in 1855, headquartered in Nashville, Tennessee, and really still operate according to the same values and principles they were founded on over a century ago. For a company of that age to be such an early adopter of podcasting is really sort of unusual, but it just shows you how forward thinking and progressive they are in the way they do business and think about how to best serve their customers, and even thousands of people who will never necessarily do business with them.

The Action Catalyst was originally launched in 2013 as a way to promote some of the top-tier talent within the family of companies, but quite quickly grew into something totally different, which was a way to become a real thought-leader in the sort of areas that had served Southwestern so well for over 100 years. Areas like leadership, entrepreneurship, personal growth and success. These were always the backbone of Southwestern’s longevity, so why not try to bring some of that to people outside of the company, and find guests who aligned with those values, and had interesting and unique stories of their own to share.

And that’s exactly what the program has done, and the need that it is filling. It has recently relaunched in a new, more streamlined, faster-paced format, with a different mix of hosts, and a more diverse selection of higher profile guests, as well as more bonus episodes and additional content, and it really is a whole different animal than it used to be. So if you used to listen before, but got burnt out and haven’t checked in for a while, give us another try now. And if you haven’t heard us before, now is the best time to jump in.

Guests have included everyone from Grammy winners to Olympians, seated governors and CIA agents, Navy SEALs and senators, hugely successful CEOs and entrepreneurs and more, and that’s just in the past year. Big names you’d know like Dave Ramsey, Stedman Graham, Scott Hamilton, Daniel Burrus, Stephen M.R. Covey.
And there’s still a whole other almost 9 years of material to dig into on top of that.

We’ve also been blessed to have been featured on a dozen Top Podcast list from the likes of Entrepreneur and Inc magazines, Business Insider, and others, and we don’t take those honors lightly. It’s our goal to constantly prove to the audience why we deserve a place on those lists, and we think we’ve got some exciting new ideas in the pipeline that are going to do just that. 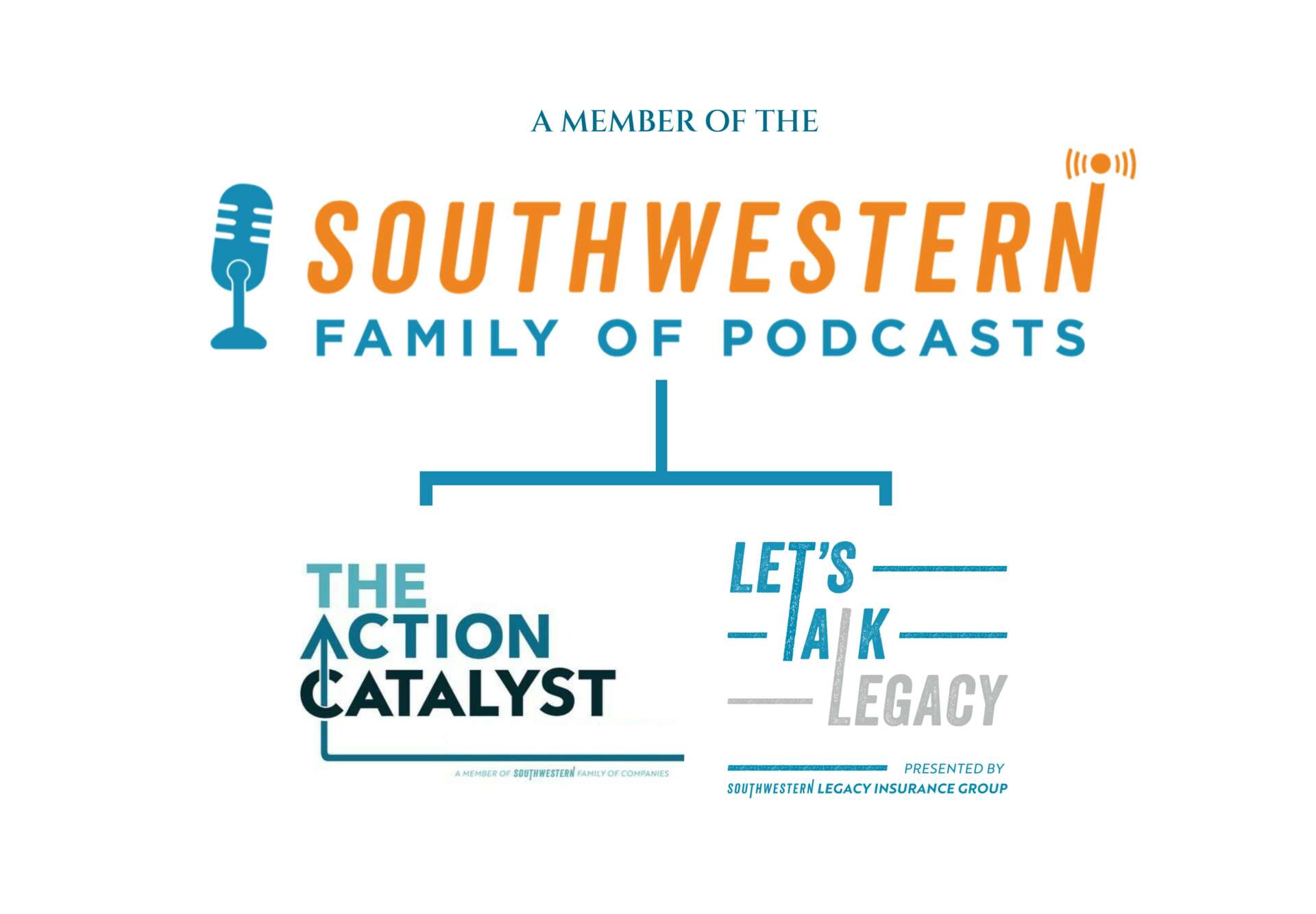 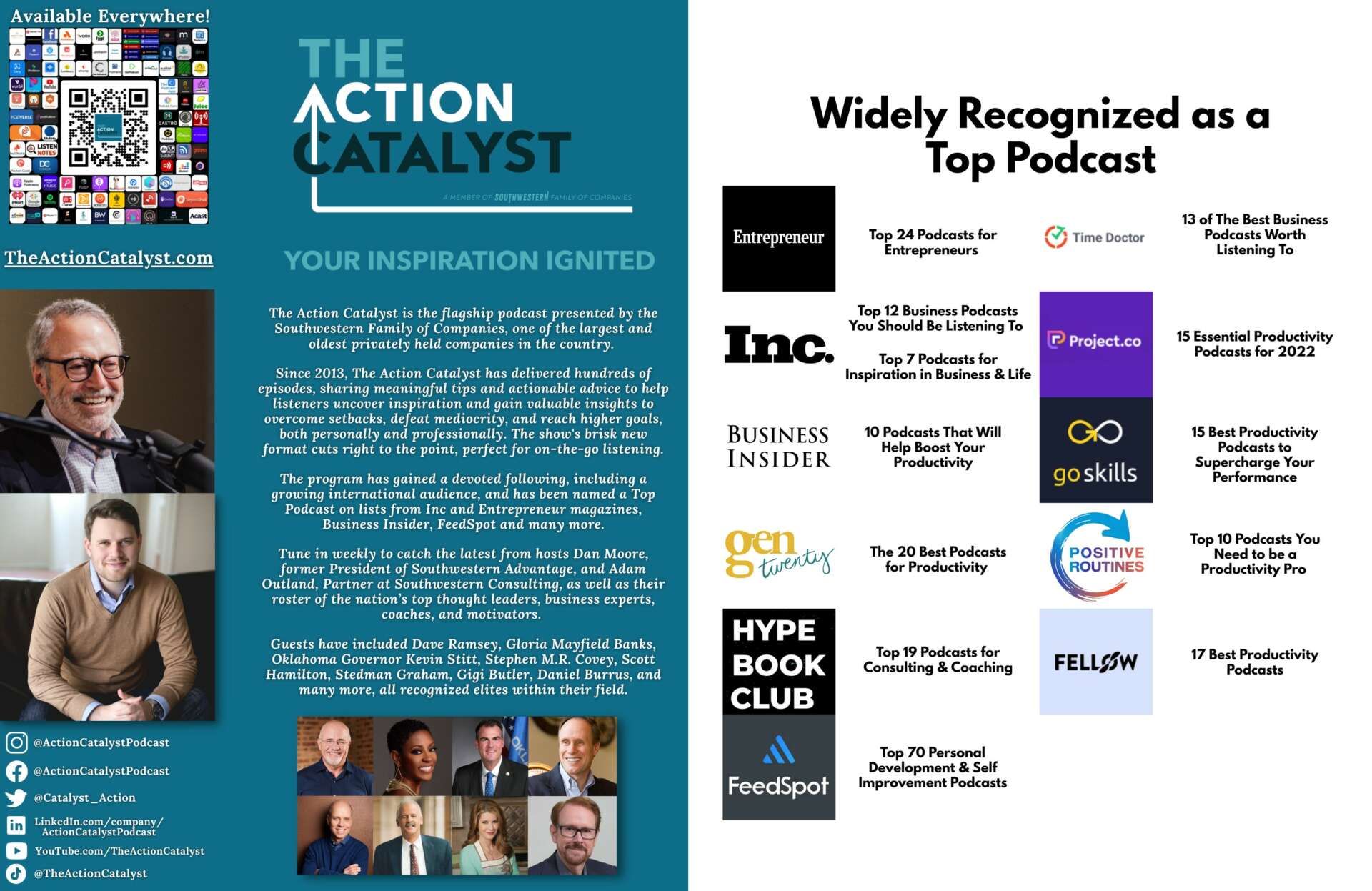 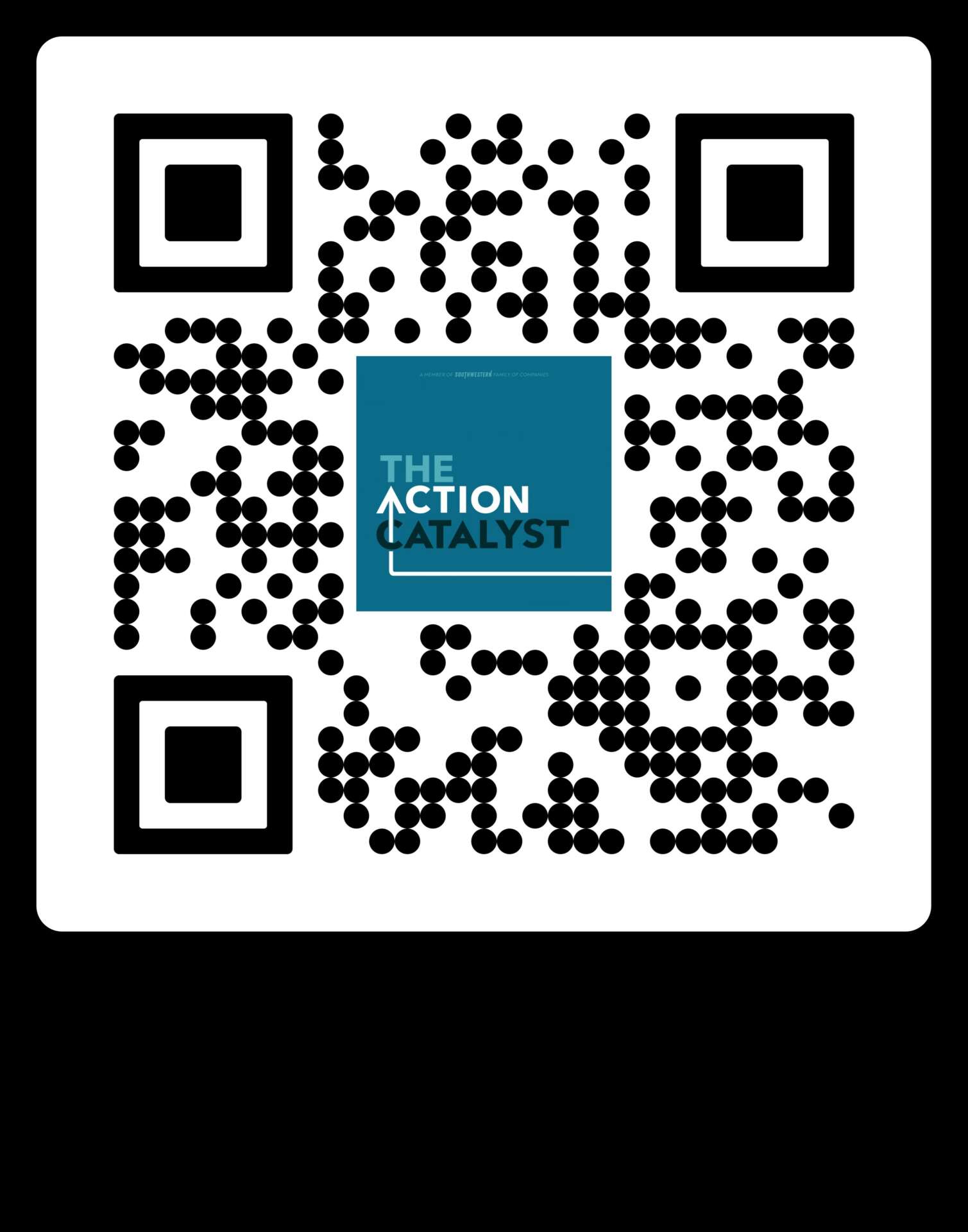 One of the biggest things that people will often say about podcasts is that people want LONG conversations, 2 or 3 hour talks, because some of the most popular podcasts out there are doing that. But those are really outliers. Most people, and our audience especially who is made up of business owners, entrepreneurs, managers, and such, are BUSY people, who just don’t have that kind of time, or if they DO start a 2 hour long podcast, they’re going to only get through part of it. And we want our listeners to hear the whole thing. We’ve crafted each episode, each interview, to be all killer, no filler. When it stops being interesting, we stop the episode. Our guests don’t tell the same story or make the same point 3 times with slightly different words and it turns into an hour of talking where nothing meaningful is produced. So, unlearning this idea of “longer is better” or “more is more” was a big one, but nowadays, we are running a lean show, everything 30 minutes or shorter, that anyone, even the busiest among us, can listen to in one show, in the car, at the gym, wherever.

A lot of what’s allowed us to be resilient is that we’ve never made a host, or a guest, the focus of our podcast. The focus has ALWAYS been on the listener. And so since 2013, we’ve had host changes 3 or 4 times, which for a lot of shows would be a huge hurdle to overcome. But for The Action Catalyst, the emphasis is always on extracting the most information, the most knowledge out of a conversation for the listener, and the host is just whoever is best suited to do that for a given period of time. They’re always highly credentialed, well-respected people in that role, but the show is never centered around them any further than their ability goes to serve the listener. So, I think we’ve stayed resilient by always making the person at the other end of the speakers our real guiding star, and by doing so, its allowed us to change and to adapt, but still maintain what makes us……us.