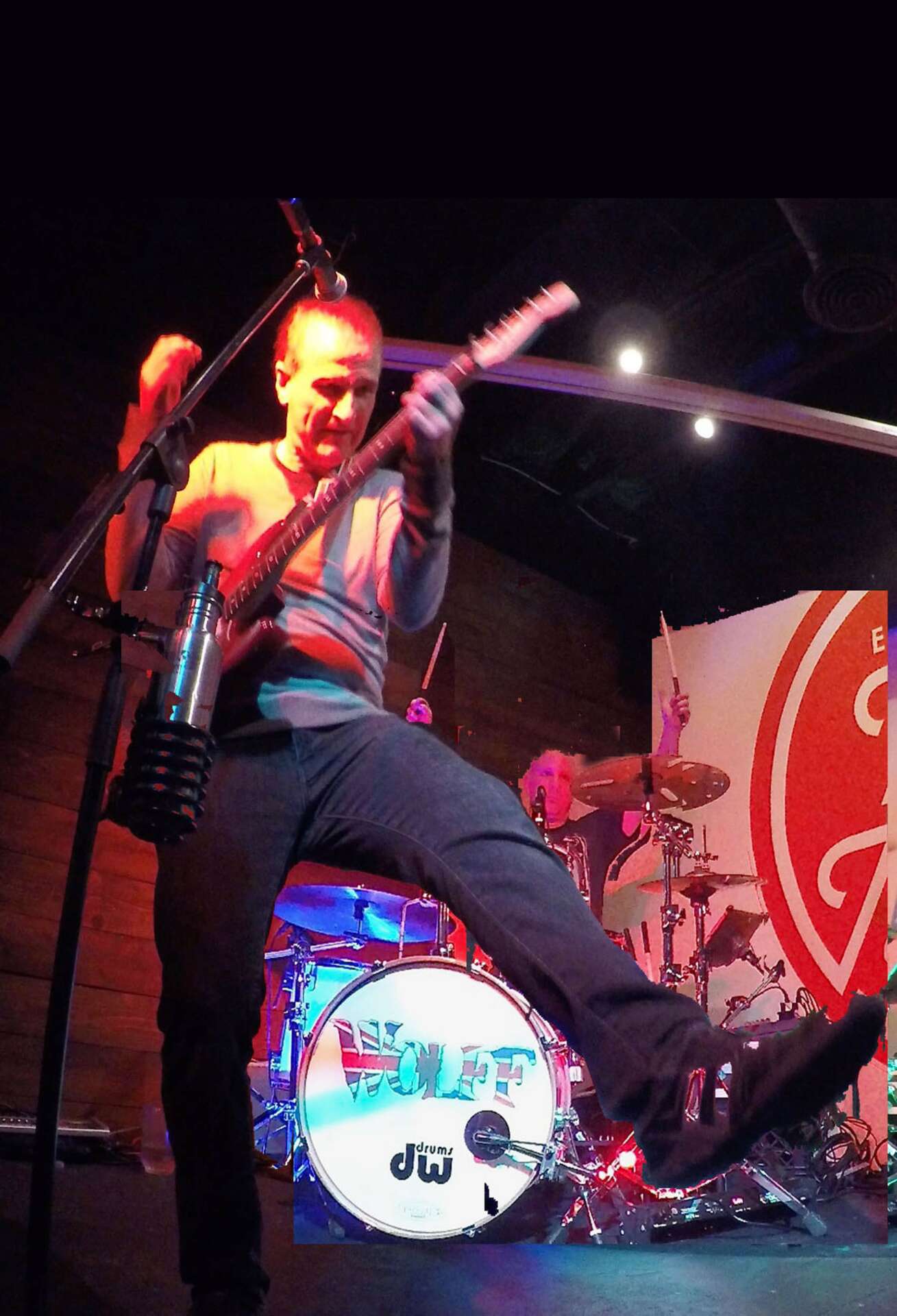 Alright – so today we’ve got the honor of introducing you to Steve Wolff. We think you’ll enjoy our conversation, we’ve shared it below.

Steve, looking forward to hearing all of your stories today. Before we get into specifics, let’s talk about success more generally. What do you think it takes to be successful?

1. Find, and do something interesting to you – and others – but different from what others are doing. 2. Perseverance and not being afraid to try: you succeed when you run out of ways to fail
3. Define success to be on your terms, not other peoples’ 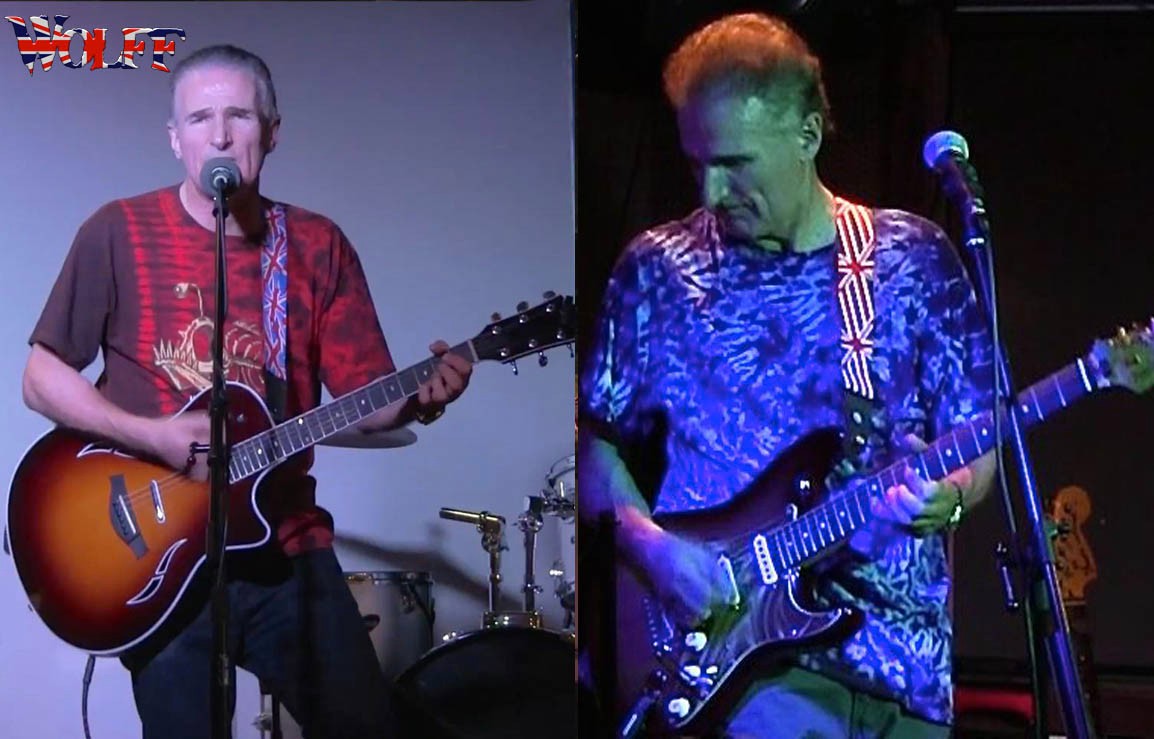 I grew up in London, UK studying science and engineering first in London and then getting my Masters in the US (both in Chemical Engineering).For the past 22 years, San Diego’s home, before then I lived in the San Francisco Bay Area. In terms of music, I played a bit in the UK but got into it out of necessity when I moved to the US for grad school. I had a UK government scholarship, but not long after arriving in the US, George Soros shorted the UK pound by 50% before my funding arrived, so I was REALLY short of cash!

As a foreigner, I couldn’t work. All I could do was form a band – my first US band: British Wire Gauge. There were plenty of bands on campus playing dorms and frats, so rather than playing what was “popular” on campus at the time (Dead, Eagles, etc.), I figured the best way to move forward was to think outside the box so I persuaded my bandmates to play, what in the US was new, cutting edge: Brit punk and New Wave. That difference got us in to play Frat/ dorm parties and later, the San Fransisco bar scene.

Since then, in parallel to my “real” career as an engineer/ project manager/ marketing/ product development executive working for a start-up that developed the next generation of CT-based airport security scanners, I played solo and in many bands first in the Bay Area and then in San Diego.

Though primarily a guitarist/ vocalist, when I moved to San Diego, I was told “if you want to play gigs, become a bass-player – there’s a real shortage here but there are tons of guitarists“. That dovetailed well with my “do something different” approach, so I took that advice even though bass playing requires a very different perspective than guitar; it’s not just a “guitar with 4 fat strings”. These days, I play guitar/ vocals in my own band, Wolff, but also play bass in 2 bands that play around town, Backstage Pass and Pomerado.

As part of being in a band, I leveraged marketing skills I’d learned in the “real” job – promotion, outreach, video editing/ production into novel approaches for reaching out to fans and venues for my music. When Covid-19 shut down live music opportunities, in addition to live-streaming, I decided to try out a new venture: JamTheWire. The goal was to create an on-line community that streams – and ideally monetizes – original music videos from small-time musicians on multiple “channels”. My thought was that rather than us all being isolated and scrambling for subscribers on e.g. YouTube, JamTheWire would consolidate original artists’ creations, share their fan-bases and grow the community. Listeners would be encouraged to donate to a pool that’s shared with the musicians in proportion to the amount of material they have on the site. The site is active (www.jamthewire.com) and about to celebrate its first anniversary in late July.

I’ve had several “inflection points” in life, from being sent to Boarding School at the age of 13 – my parents saw that I was much better at my hobbies than I was at school work and they found a government scheme to sponsor me into boarding school.

In terms of music, a big one was an education by my next door neighbor when as teen, a professional drummer who played with The Who, The Kinks told me and my brother (a drummer) about what life was REALLY like as a professional musician. The message I absorbed was: it’s better to play music and have a “real” job than to make music my real job.

Probably the biggest inflection point was moving to the US and having the option to stay here. I had fully intended to return to the UK after getting my Masters, but it was the middle of a recession – I was faced with a choice: go back to the UK and be on unemployment or look for a job and a way to stay in the US. By doing some research and reaching out to various people on campus, I discovered that I could stay and work on a Practical Training extension to my student visa. After approaching several professors, one had an opportunity for me to explore: working part-time as a research assistant at a large company in Silicon Valley. I interviewed and they hired me full time. So, I started working in the US – for way more than I’d make in the UK (even if I could get a job) and in a much nicer place! That led me on to a career path, but I pretty much always kept my music going.

Another inflection point was relocating to San Diego. My ex-wife wanted to move to southern CA to be near to her parents in Orange County. I much preferred San Diego and had an option to move here to take on a new VP role at a subsidiary of the start-up company. That proved fun and challenging until getting laid off, ending my marriage – and almost losing my house – in 2003. At that point, I pivoted to consulting rather than joining another company, thinking it’d last a couple of years. 19 years on, I still consult, which gives me plenty of time for my music projects, including 2 CDs (both on Spotify) and another in the works, for which I created a number of rock-videos that are on YouTube. It’s these – and my Spotify/ YouTube experience, that led me to create JamTheWire.

Management to me is about several key attributes:

• First, make sure you have a good team – hire good people that work well together, my experience is that’s a lot better than having one or more prima donnas that don’t work well together.
• Next is to motivate them; make them an integral part of the plan.
• Keep the bureaucracy at bay (to the extent practical); I liken being a manager to being a “linebacker”; absorb as many of the corporate distractions, bureaucracy, etc. as possible to keep the team free to do what they need to do work-wise.
• Another factor is to keep work fun, communicate frequently, listen to concerns and go to bat for your team.
• Also important is to delegate, give the team members real responsibility, encourage them to try and fail and make sure to reward/ recognize both good efforts that fail and not just success,