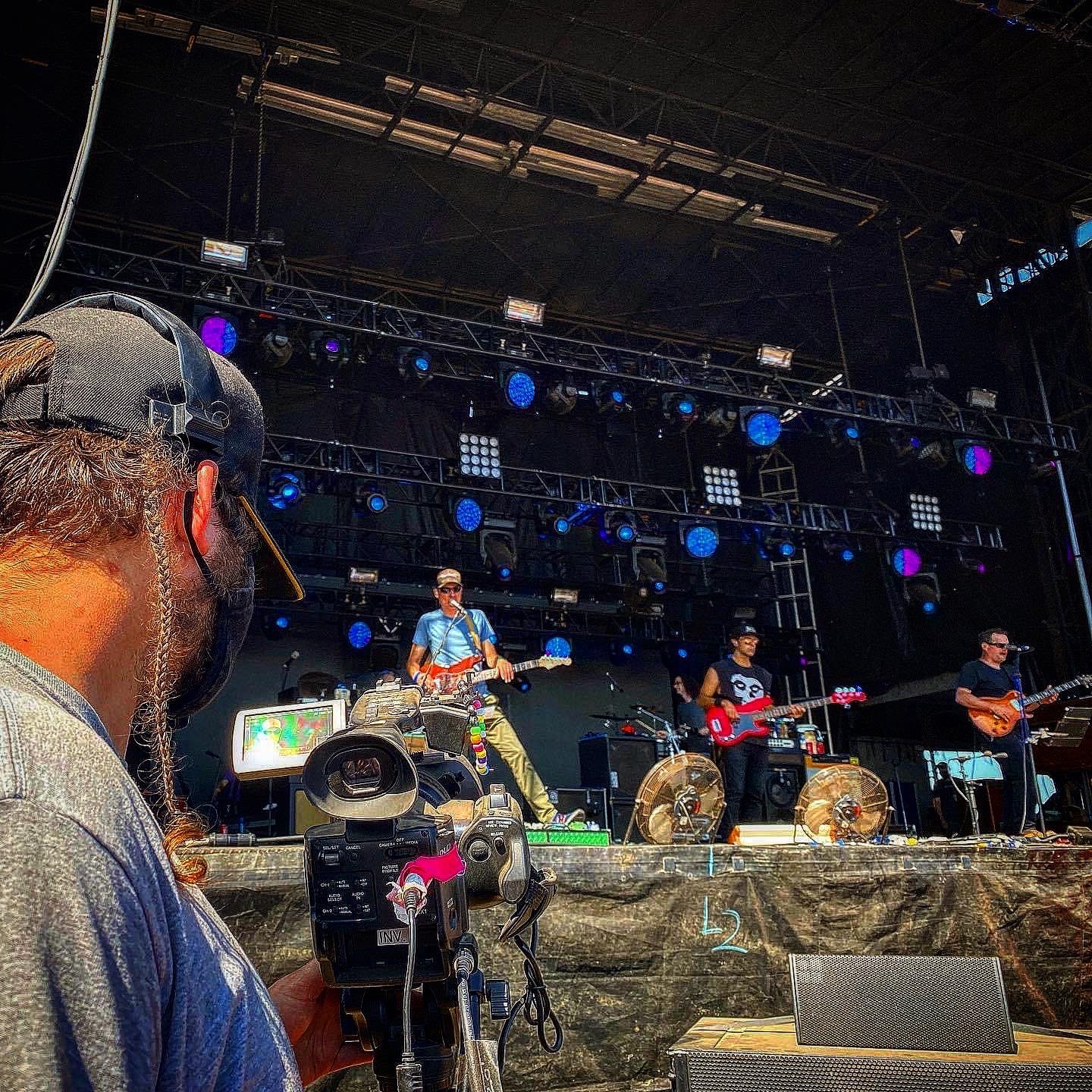 Alright – so today we’ve got the honor of introducing you to Shane Nelson. We think you’ll enjoy our conversation, we’ve shared it below.

Shane, thanks for taking the time to share your stories with us today The first dollar you earn in a new endeavor is always special. We’d love to hear about how you got your first client that wasn’t a friend or family.

When I was in college, and nearing the end of my schooling, I began taking my camera to all of the concerts I could. I wasn’t very good at photo, but I would take as many pictures and videos as I could in order to help develop my craft and gain more experience.

After a year or so of this guerilla practice, I teamed up with a friend from within my major and we combined cameras in order to attempt our first multi-angle production. The festival we were to be filming was called “Summer Jam.” One of my best friends was in a band called Those Cats and they had agreed to let us try out a multi-cam capture. We had agreed to do it for free; for the experience.

When we arrived to begin setting up for the festival, I noticed that there was a band warming up on the stage that we would be filming on later that night. I had not met anyone in this band, but decided to go out on a limb and pull a “Hey, you!”

This band would become my first ever paid client. They were called Doug Funny and The Freshtones, fronted by Duluth’s own Douglas “DJ” Rees. DJ now performs in multiple projects around the Atlanta area such as Bird Dog Jubilee and Casual Cadenza. I am very thankful for DJ taking a chance on us, and for the friendship that it started. Ten years later and DJ is still a client!

Always remember that it never hurts to ask. I have added on more work and gained many new clients by offering our filming service to the other bands on a lineup or festival. You are already going to be on site, might as well capitalize on the opportunity! 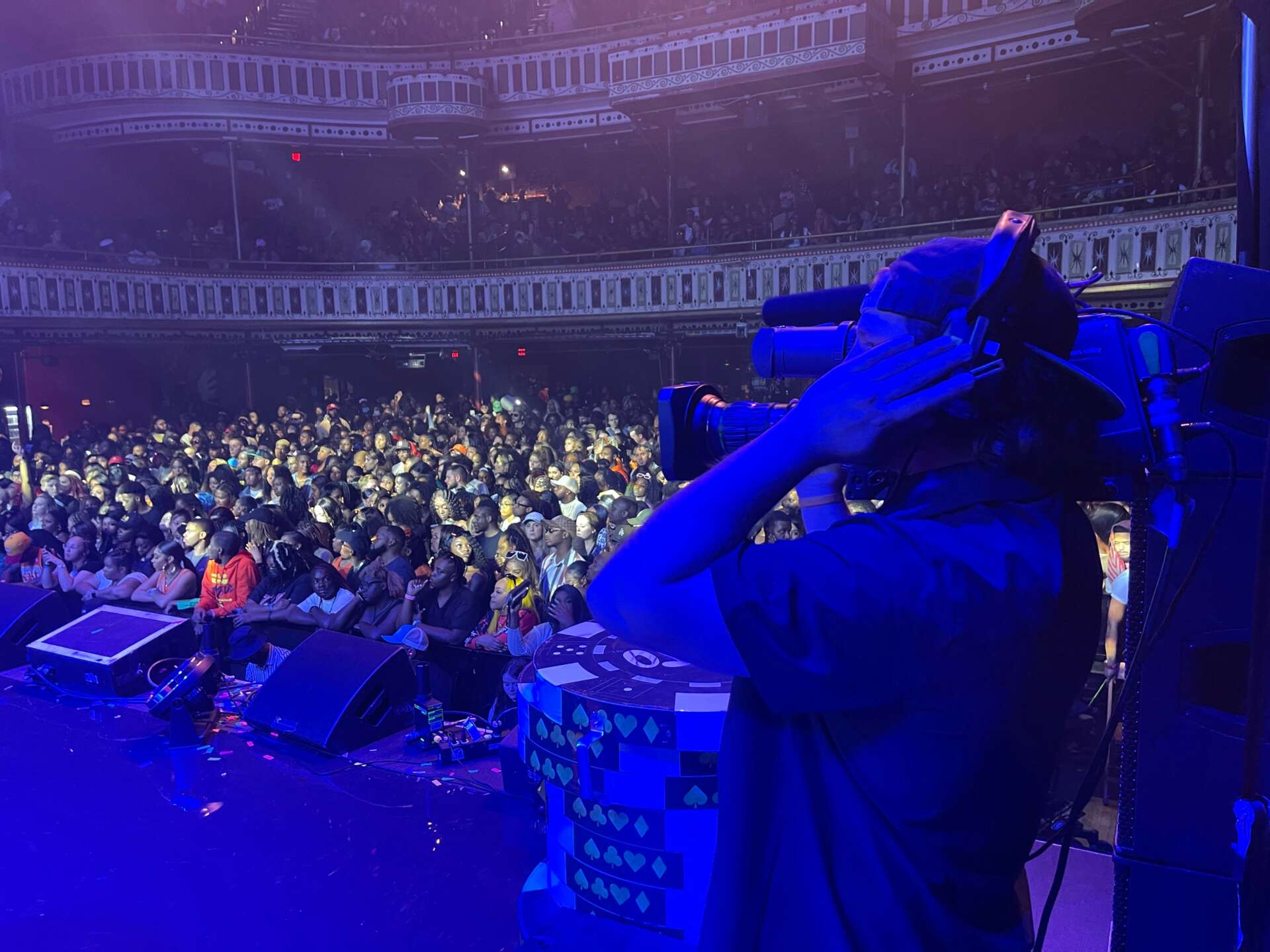 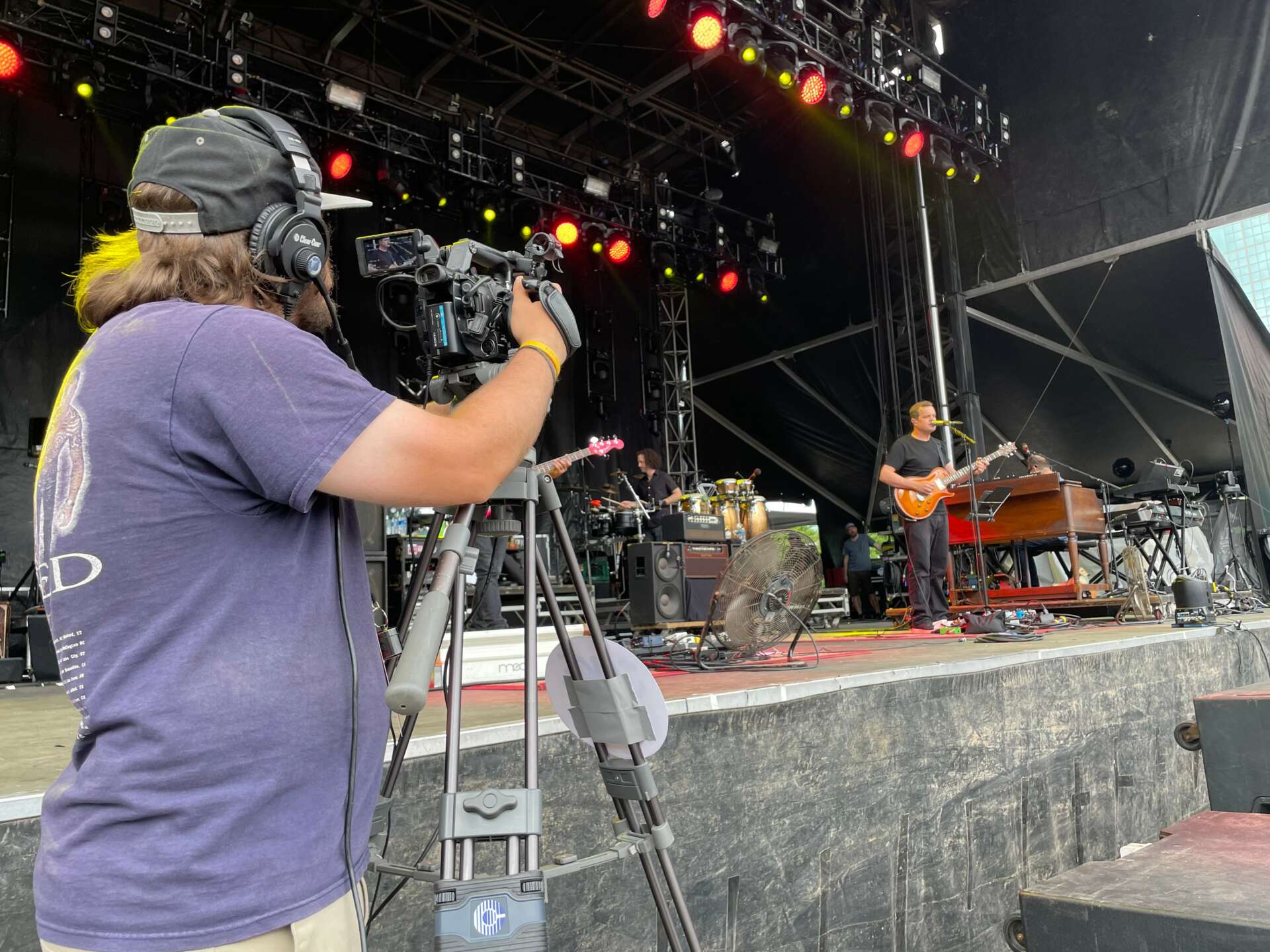 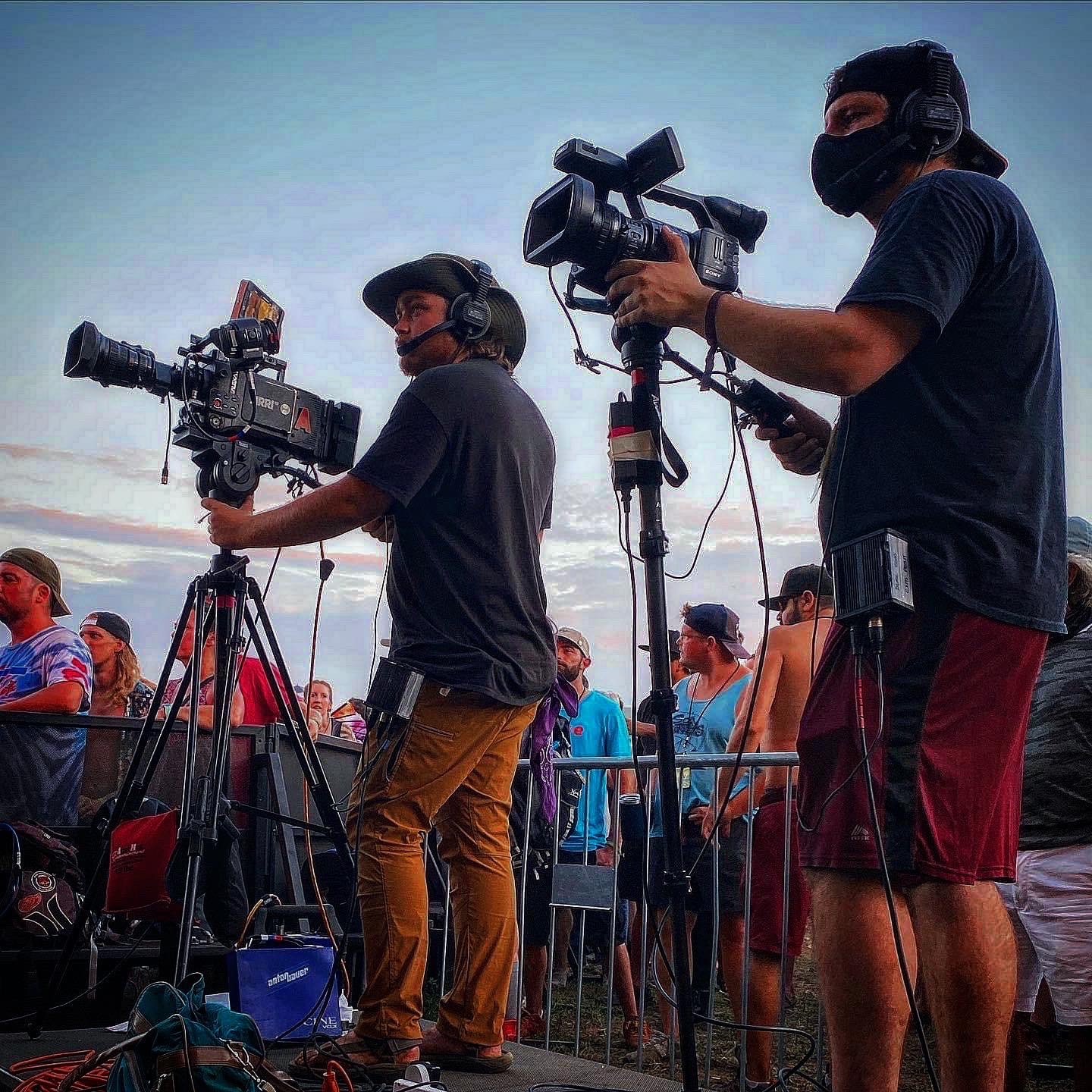 Shane, before we move on to more of these sorts of questions, can you take some time to bring our readers up to speed on you and what you do?

My name is Shane Nelson and I am a 30 year old videographer based out of Atlanta, GA. I co-run an independent production company based out of Atlanta, GA and am a content creator. When I first started working with video, I was ten years old, running around the neighborhood making movies with my friends. Nowadays I am constantly gigging within the worlds of sports broadcast and live music, as well as creating content for social media and a mildly successful tiktok page.

My production company, Southern Entertainment Broadcasting, is ran by myself and our leader Brandon Taylor. We do any kind of production you can think of, whether it is a multi-cam capture or a live stream. We’ve done everything from weddings, and graduations to sports, concerts and music festivals. The mission of SEB is to bring the event to the screens of those who couldnt be there in person, or those who want to relive the night of a lifetime.

In the realm of content creation, I am constantly working on independent content and art projects that are meant to entertain the feeds of my followers and more. Content creation has been a really fun realm to begin working in, as it is a lot of fun being able to come up with creative ways to entertain people. The collaboration that occurs for these videos, whether on tiktok, instagram, youtube or what have you, is really fantastic in that the ability to go viral for a video youve made not only increases the amount of people entertained, but also puts ears on whatever song or products you choose to feature in your videos. I am newer to the world of “influencing”, but I have seen success in growing my account to a little over 129k followers. This has opened the doors to working with many brands and creating content for others. I love being able to entertain.

I am really grateful to work in a rewarding industry in which I am able to create art that can be enjoyed long after I am gone. Music and entertainment is a coveted experience and being able to make these videos has been such a joyous experience. I look forward to every new opportunity of capturing a moment, or creating one myself.

Truthfully, my entire focus on video work was a pivot in itself. When I first went to college, I was playing football for a small D-3 school in south west Georgia. I wanted to be a highschool history teacher and a football coach. That was the plan until I tore my ACL at the end of my Freshman season.

I’ve often cited my injury as one of the best things that ever happened to me. I still feel that way today as it put me on a new path that I hadn’t considered prior to tearing my knee. My injury was enough to make me rethink the direction I had chosen for my life. Thanks to a friend basically forcing me to go to a concert on my Bye week, I would discover the thing that would become my newest passion and direction. Live music.

I had grown up making movies with my friends around the neighborhood, but it was never anything that I took too seriously. The concert was a two night show in Alpharetta for Bassnectar and Pretty Lights and it was like nothing I could have ever imagined. I wanted to bring part of that experience back home to show people even an inkling of what it was like. Live music gave me a restored energy and perspective on life and I knew that if it could change mine, then other people deserved to share within that.

After returning home from the weekend, I began planning my transfer to Georgia Southern University and their film and production program. My newfound inspiration for the capture of the live music experience would drive the rest of my college experience. Sometimes you can hit a crossroads of uncertainty and a door you once sought to enter through can become closed. Don’t fret, as this could be one of the greatest things to ever happen to you if you are prepared to follow a new path. 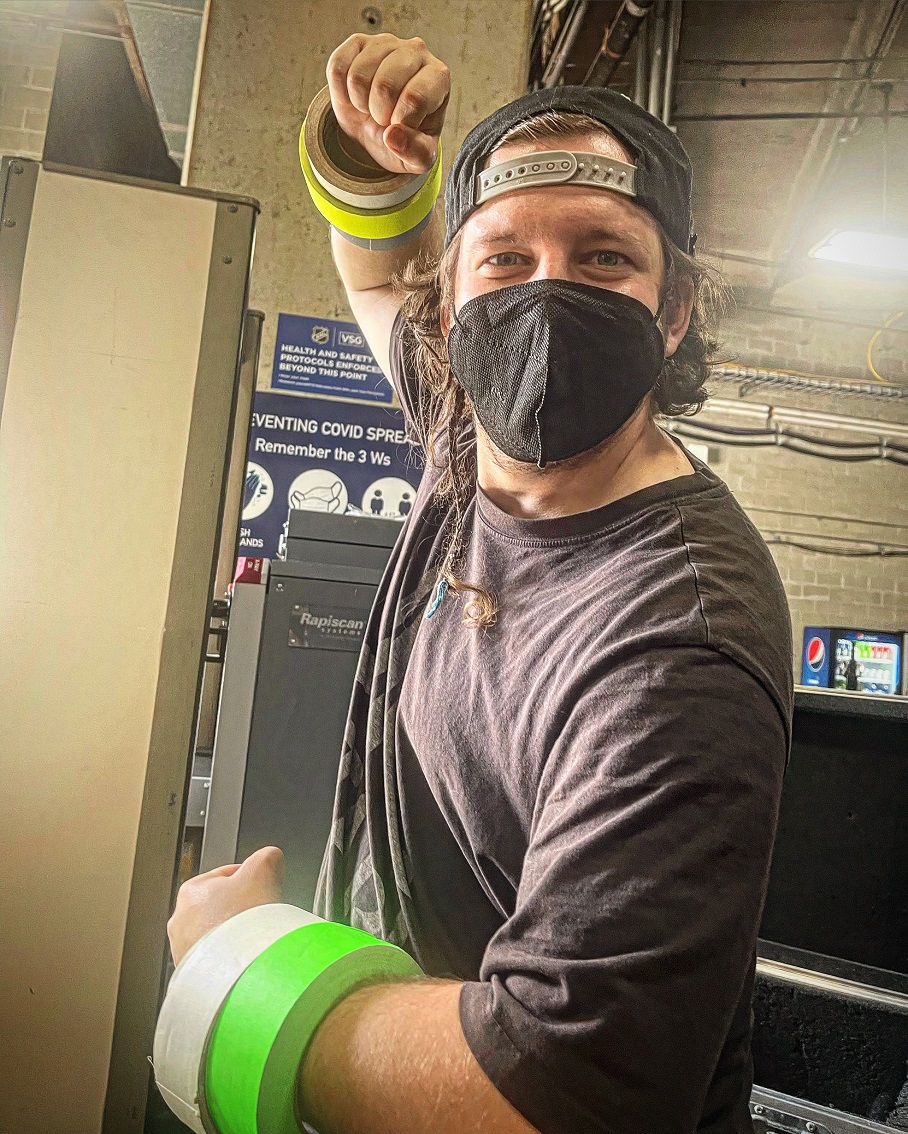 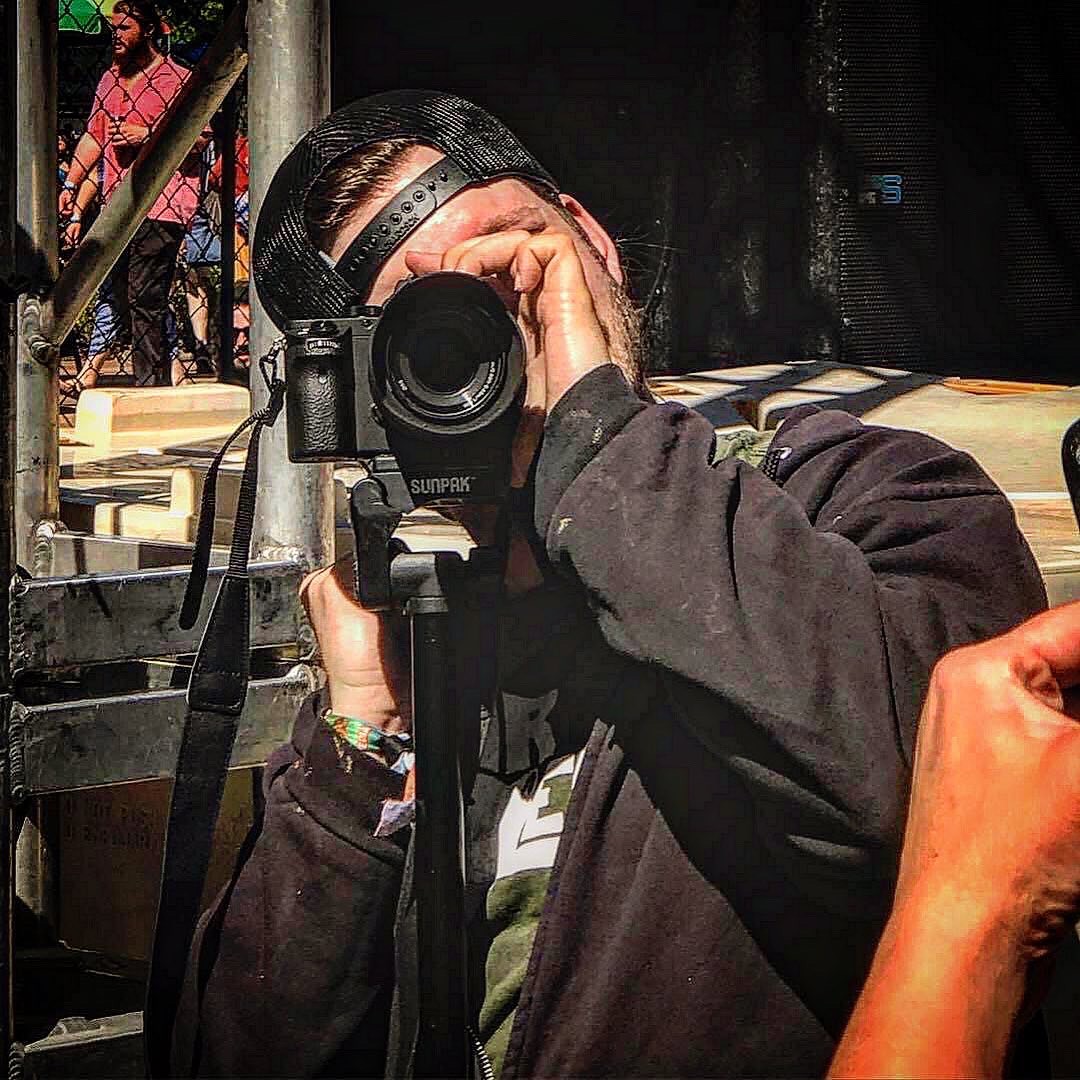 Personally my biggest reward is two-fold. First and foremost is the reason I even decided to seek to work in film and production and that is the opportunity to bring even just a glimpse of an experience back to those that cant witness it in person. There are so many different avenues of entertainment that can be enjoyed at home or after the fact and being a part of the cog in the machine that spreads the experience around is quite rewarding.

I know I mention concerts the most, but many forms of entertainment bring people together and give people a reason to smile, cheer or just get away from the monotony. I have been lucky to get to work in both music and sports and the people at home are always on my mind. They are who we do this for. I think it is great to look at a show or game and think about how every camera and worker are combining efforts to paint a picture of the experience for those that cannot be there. It is awe inspiring and I am grateful we get to bring even a minute sample of that experience to the screens.

The second most rewarding thing about being an artist or creative for me is building my following and creating a piece of content that I know others will find joy and entertainment with. I really enjoy working on the big productions, but I feel as though my own personal content projects bring about the most immediate and intimate rewards. When I work on my personal content, I always try and create something that is of value. Something that will create a response. For me, there is nothing more rewarding than putting out a piece of my art and knowing that it made someone smile an laugh or just distracts them from the blues even if only for a moment. That’s why I create.