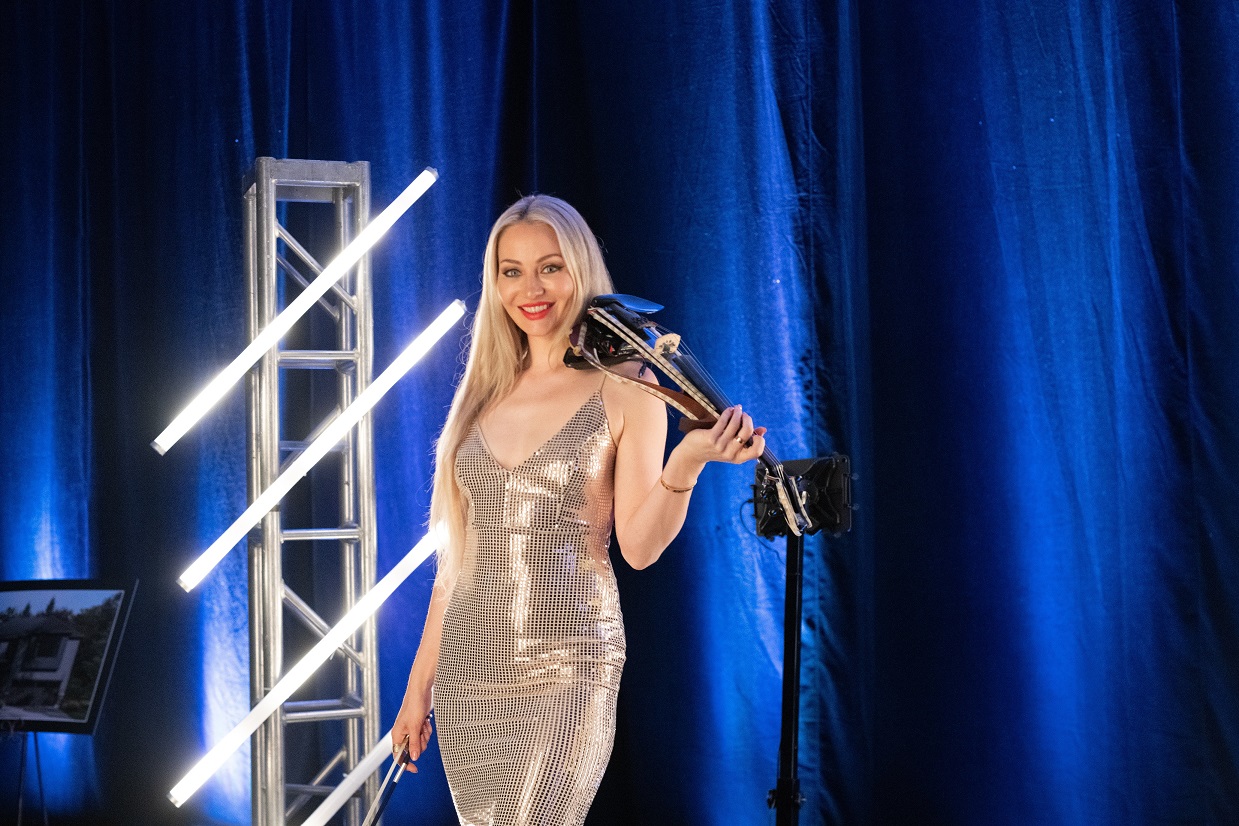 We’re excited to introduce you to the always interesting and insightful Saraphina Violin. We hope you’ll enjoy our conversation with Saraphina below.

Hi Saraphina, thanks for joining us today. Have you been able to earn a full-time living from your creative work? If so, can you walk us through your journey and how you made it happen? Was it like that from day one? If not, what were some of the major steps and milestones and do you think you could have sped up the process somehow knowing what you know now?

After a chance meeting at a nightclub with a drummer, I began performing at clubs and events during my third year studying at the University of Toronto. Because acoustic violin wasn’t loud enough, I started playing electric violin. The events required improvisation over house music, so I slowly learned how to improvise.

By the end of my undergraduate degree I was performing for various events as an electric violinist, but still doing many classical concerts. At my violin teacher’s request, I began preparing to attend another University to begin a Masters Degree under his tutelage. I was performing various events as an electric violinist at this time and needed to write a dissertation paper for my Masters degree, so I began focusing my research on the popularity of instrumentalists performing with dj’s.

It wasn’t until after all of my classical components were finished for my Masters degree that I began focusing on performing more electric shows. Even then, it took around five years for me to establish myself as a prominent electric violinist. I began receiving multiple requests for bookings far from my city of Toronto. In 2019 I began performing halftimes for basketball games, but then covid hit.

Prior to Covid, I was making a full-time living by performing violin globally. I also focused my time to spend more in Phoenix. Now I divide my time between Toronto and Phoenix. Since the pandemic there have been fewer bookings however I’ve done more events in Vegas and California. There have definitely been fewer events in general, but lately things have been starting to get back to normal. I’m still working on building my business here in Phoenix, but I hope that it picks up soon! 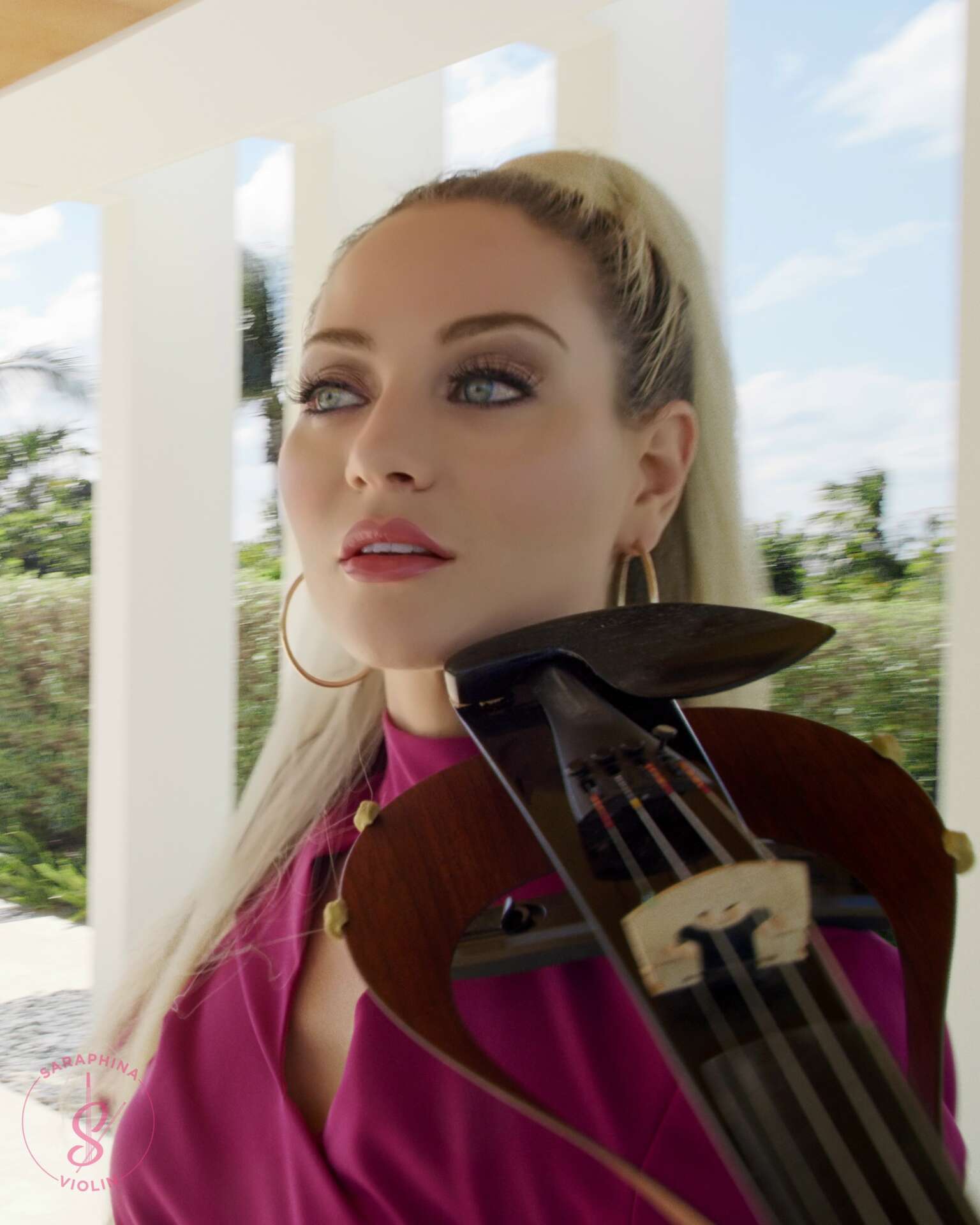 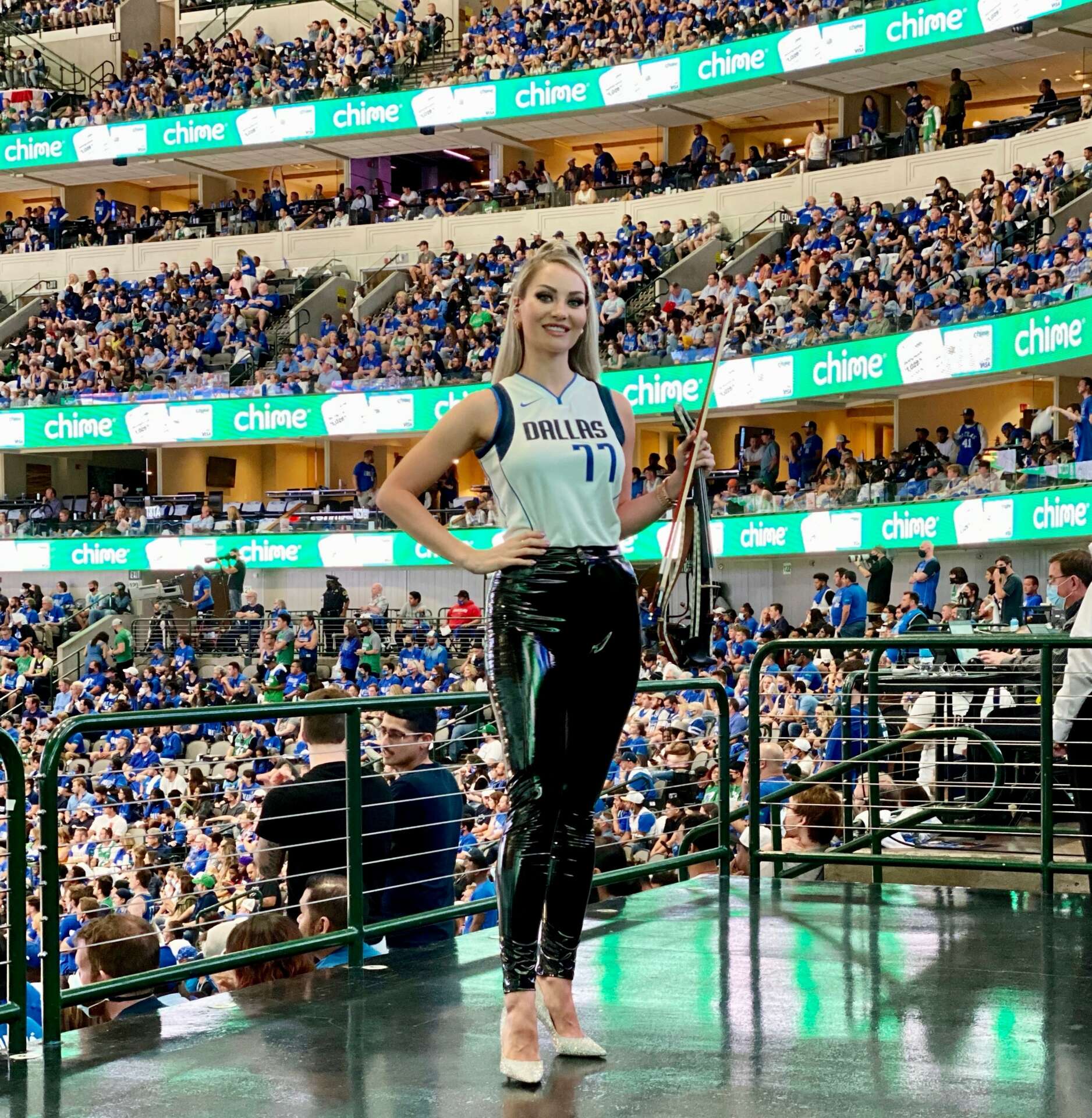 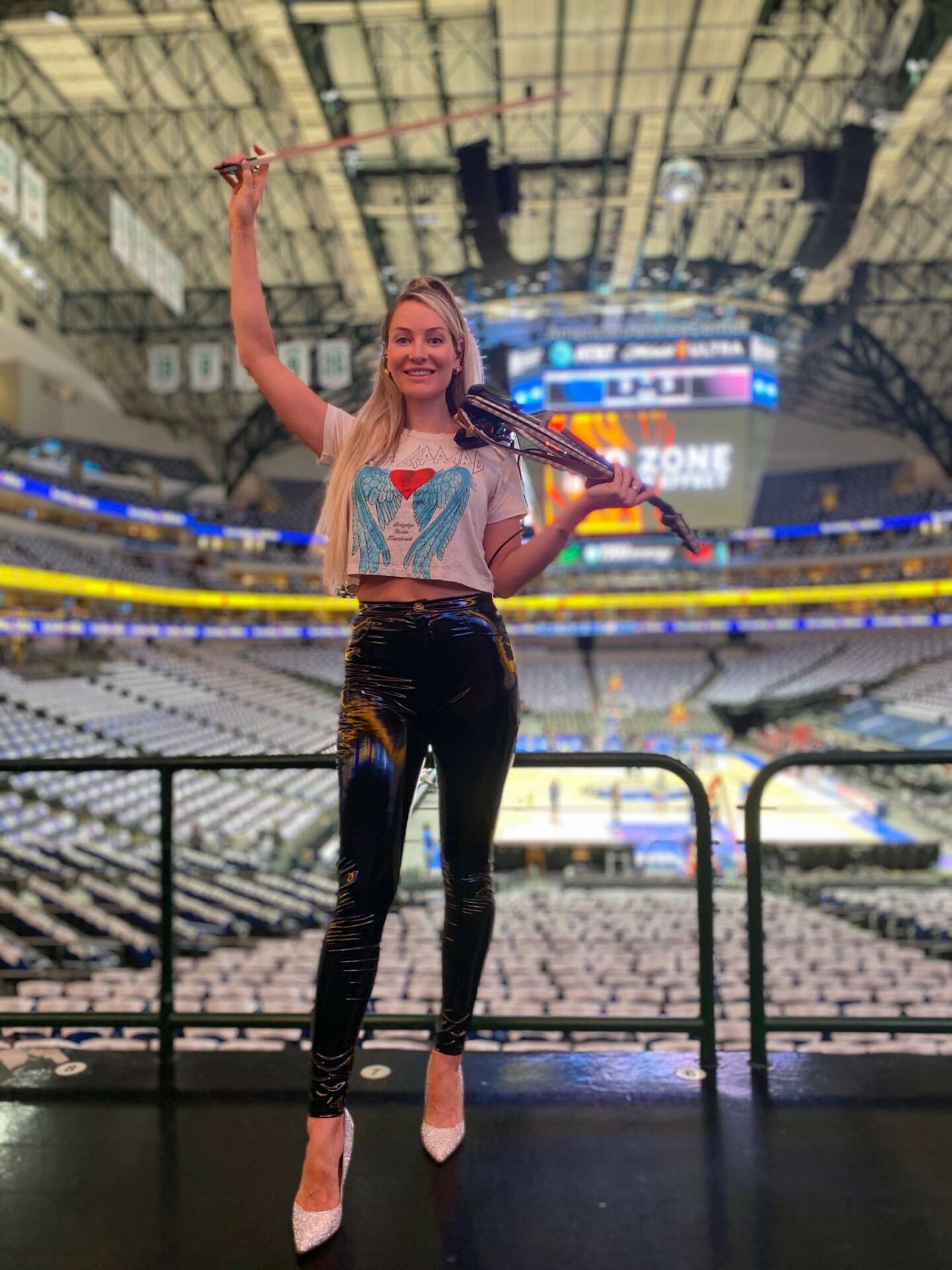 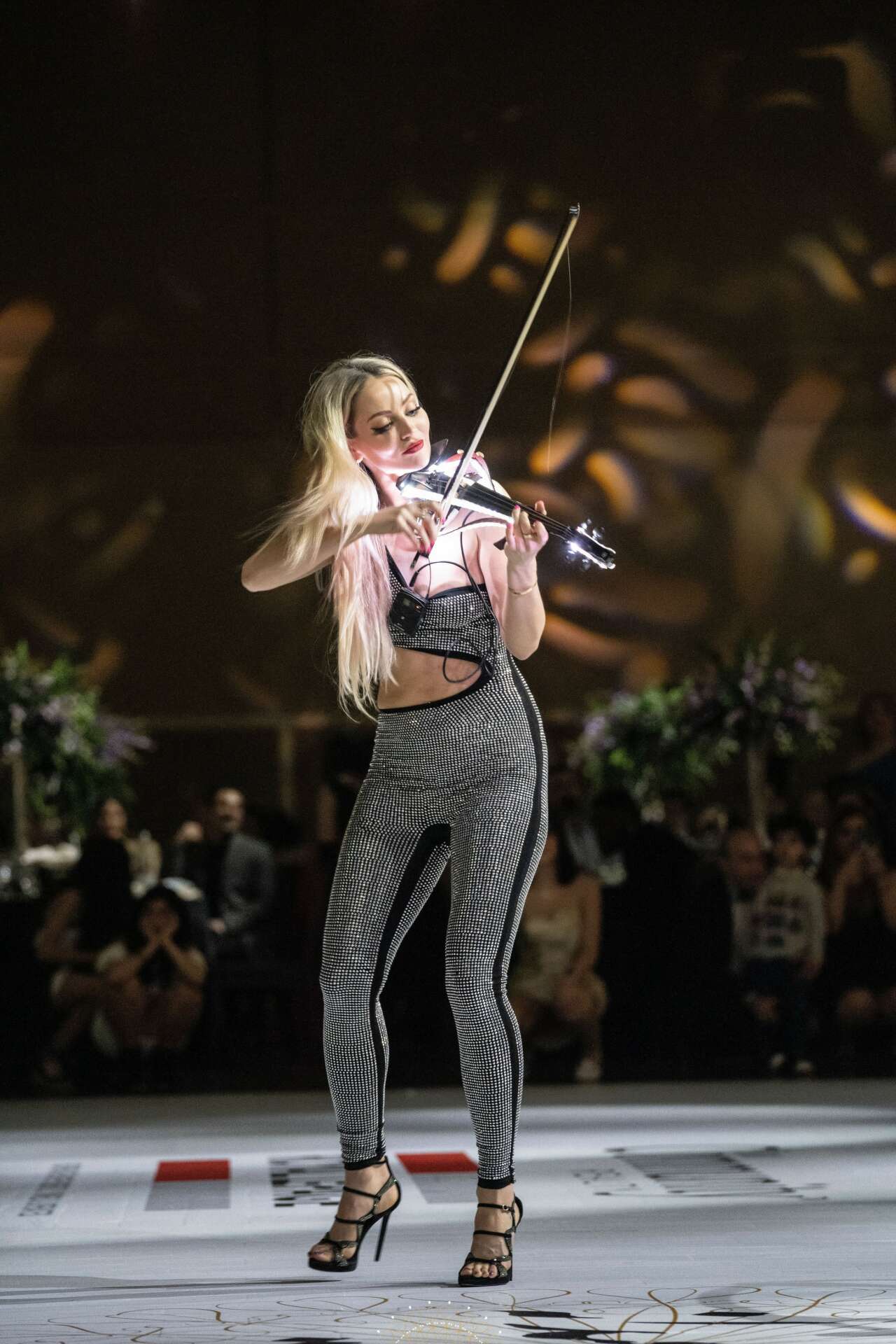 Saraphina, love having you share your insights with us. Before we ask you more questions, maybe you can take a moment to introduce yourself to our readers who might have missed our earlier conversations?

I’m a professional violinist with multiple degrees in Violin Performance. Playing violin since the age of three, and piano since the age of five, I recorded my first album with my all-violin quartet called “Zimrah” at the young age of twelve. I won numerous Kiwanis festival awards growing up, and has since gone on to win the concerto competition at York University, as well as the talent portion of Miss World Canada.

I graduated from the University of Toronto with a BA in Violin Performance and completed my ARCT from the Royal Conservatory of Music. In the third year of my undergraduate studies, I began playing electric violin. Doing so inspired me to then pursue a Master’s Degree, for which her thesis topic was the accompaniment of live instrumentation with DJs and popular music. I then studied at York University where I completed my Master’s Degree under the tutelage of the late Jacques Israelievitch. Beyond my top tier accomplishments, I also attended the prestigious Chautauqua Institute on full scholarship for four consecutive summers.

I’ve become globally renowned for my work as an electric violinist and I perform for high profile events across the globe, such as across various NBA teams, and luxury brand events. I have also opened concerts for A-list artists, including Diana Ross, Kendrick Lamar, Usher and Gwen Stefani. I recently performed the world premiere of the “Saraphina Violin Concerto” which was a concerto written for her accompanied by orchestra.

I have amassed a large social media following through my music and global performances, and have become a worldwide influencer with a global reach across the music industry. I have released three singles and music videos, with three classical pieces to be released in the near future.

The most rewarding aspect of being a performer is definitely meeting the fans. When I perform big events like NBA halftimes or festivals I love meeting fans and taking photos with them. It’s always so touching when I hear compliments about my performances, especially when I meet children who are learning to play the violin. It’s inspiring for the children to see me perform on such a large stage, and I’m equally inspired meeting children who are excited to learn my instrument. Meeting fans makes me want to put on even better shows! 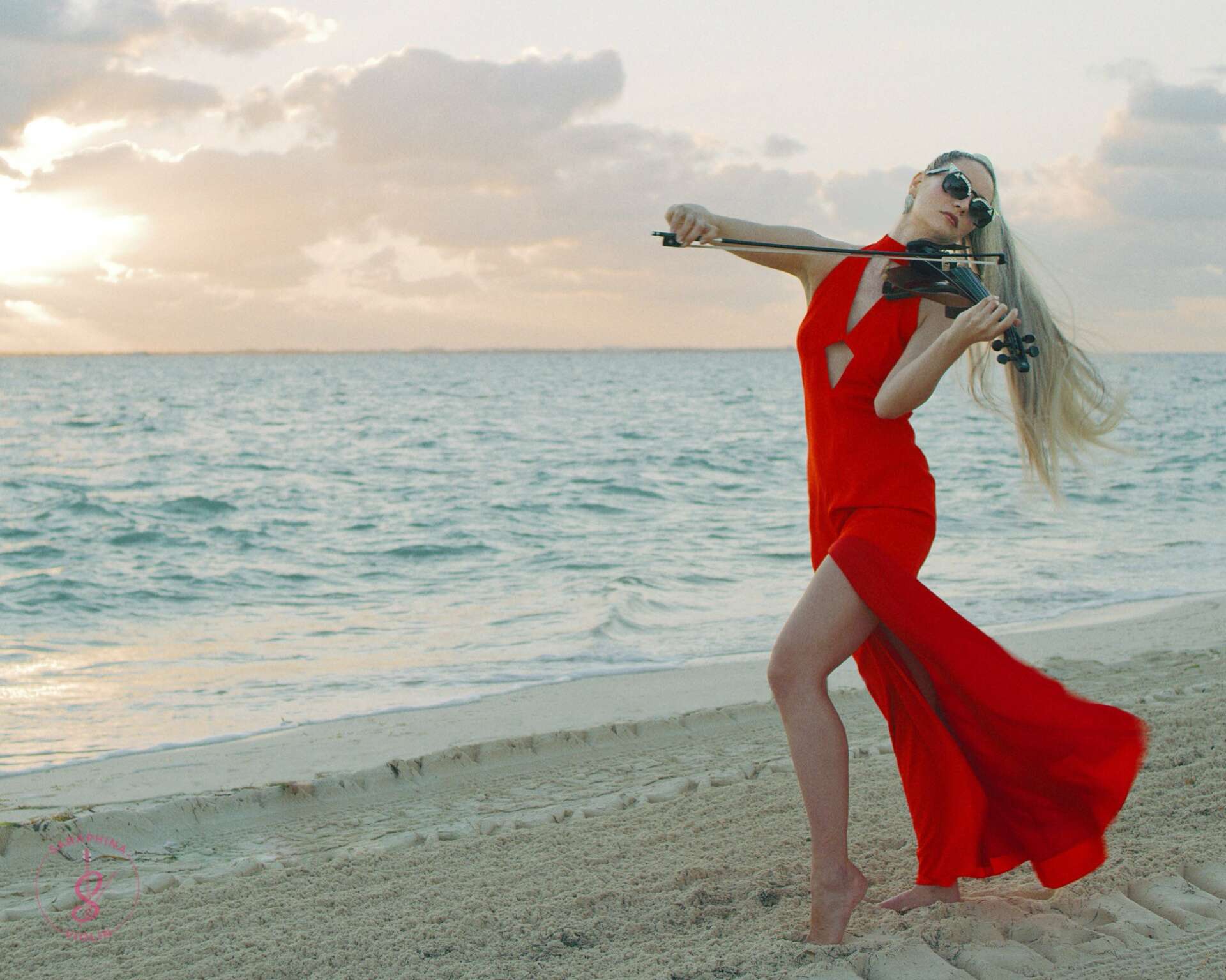 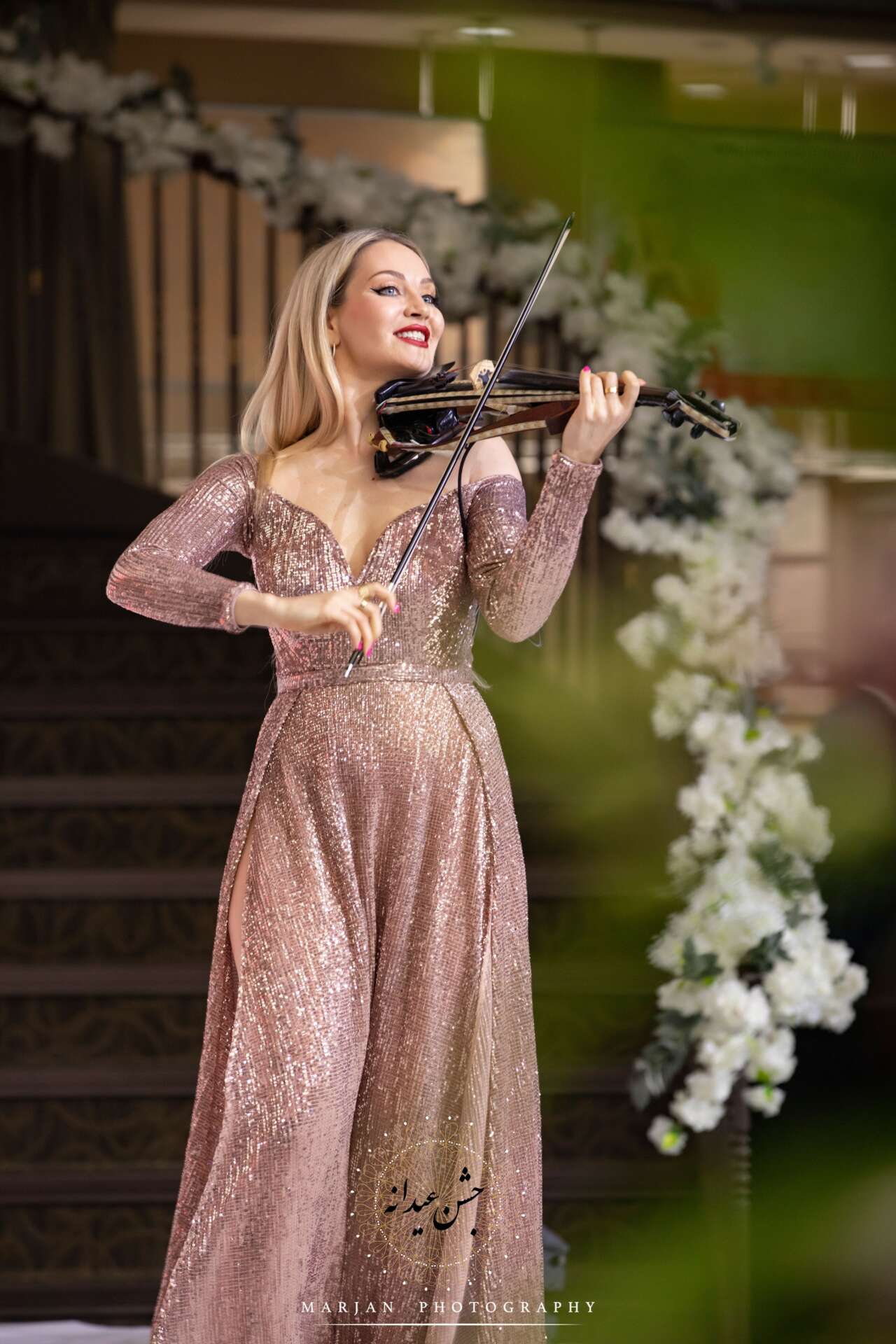 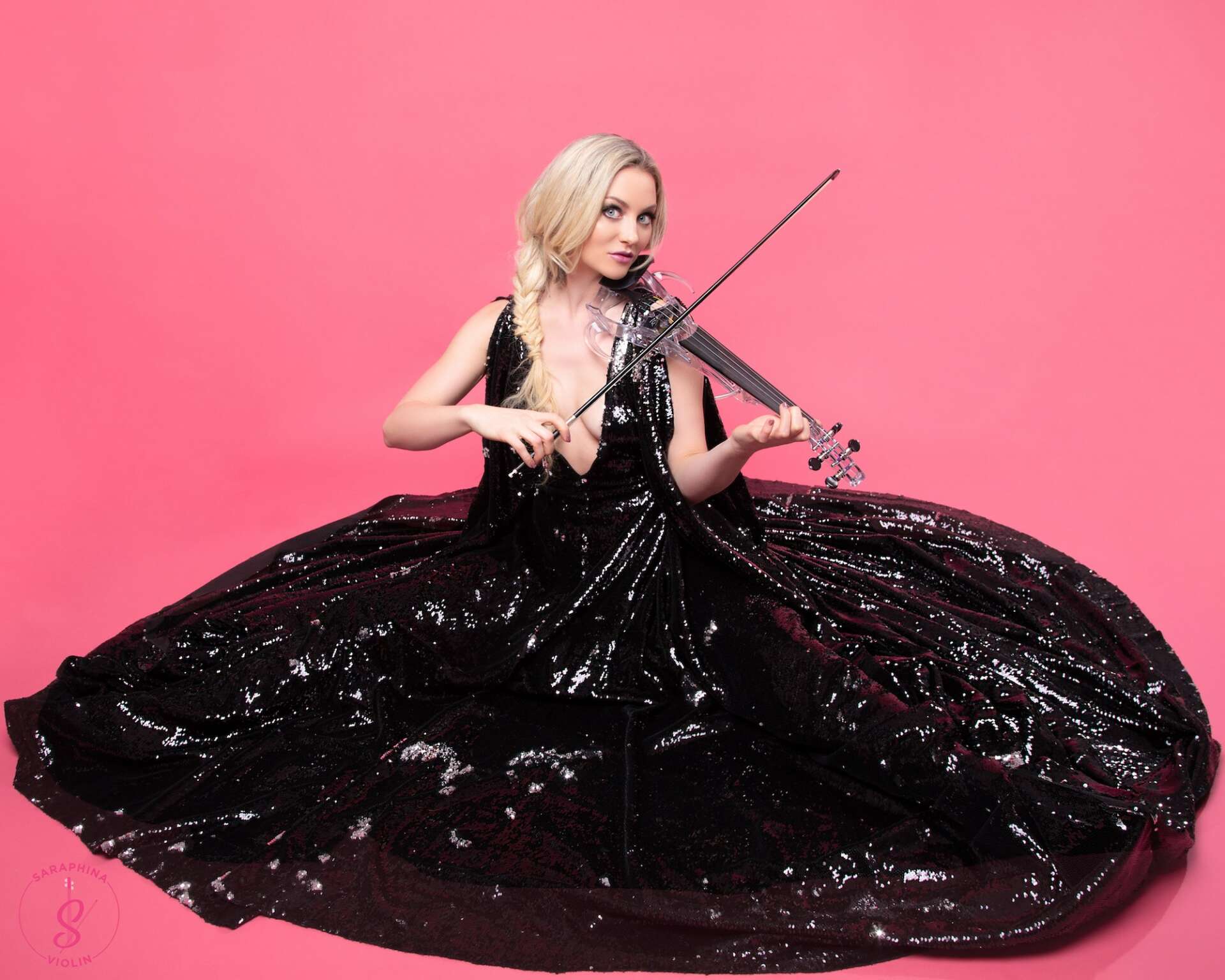 I think the best support for artists and creatives is having people who are interested in their work. I always feel the most supported when my friends or family come to my shows. If we are able to show more interest in local talent – by attending more gallery openings, concerts or simply giving financial support – it’s greatly beneficial.