Alright – so today we’ve got the honor of introducing you to Samia Omari. We think you’ll enjoy our conversation, we’ve shared it below.

Alright, Samia thanks for taking the time to share your stories and insights with us today. Let’s jump back to the first dollar you earned as a creative? What can you share with us about how it happened?

The first time I earned money for a performance as an artist was while singing in Gospel and soul choirs as a soloist. I loved the collective experience of singing ensembles and learned so much from being part of a collective, getting to perform some solo parts with the support of the group, as well as contributing to supporting harmonies for other soloists. Even if it was just a stipend at the time, it felt like hitting a milestone to be paid for a stage job.

Besides this, two other “firsts” performance experiences really stuck with me and are fond memories of my artistic journey:

On the one hand, the first paid commercial I got to do in New York City, for Pearson Education, right after graduating from acting conservatory. It was set both in Corona Park, Queens and Dumbo in Brooklyn. It was with a very professional and friendly production team, crew and cast, and we spanned these outdoors iconic New York locations over the day. It was just incredible to be on set with this scenery as a background and get to learn about that side of acting, shooting and production at the same time.
Secondly, I spent some part of the pandemic training in voiceover in France, both in commercial VO and animation. I discovered with this yet another facet of acting and performing. I had so much fun playing with emotions, emotes, vocal range and quality.

A few months after these workshops, I auditioned and booked my first paid voiceover gig for a virtual reality application commissioned for French castles, playing several characters in the story, including ghosts. The client was very happy with the result and followed up with the files so I could add it to my demo reel. It was fantastic exploring voice acting and performing, as well as getting artistic direction in a new way, in comparison to what I was used to for stage work. 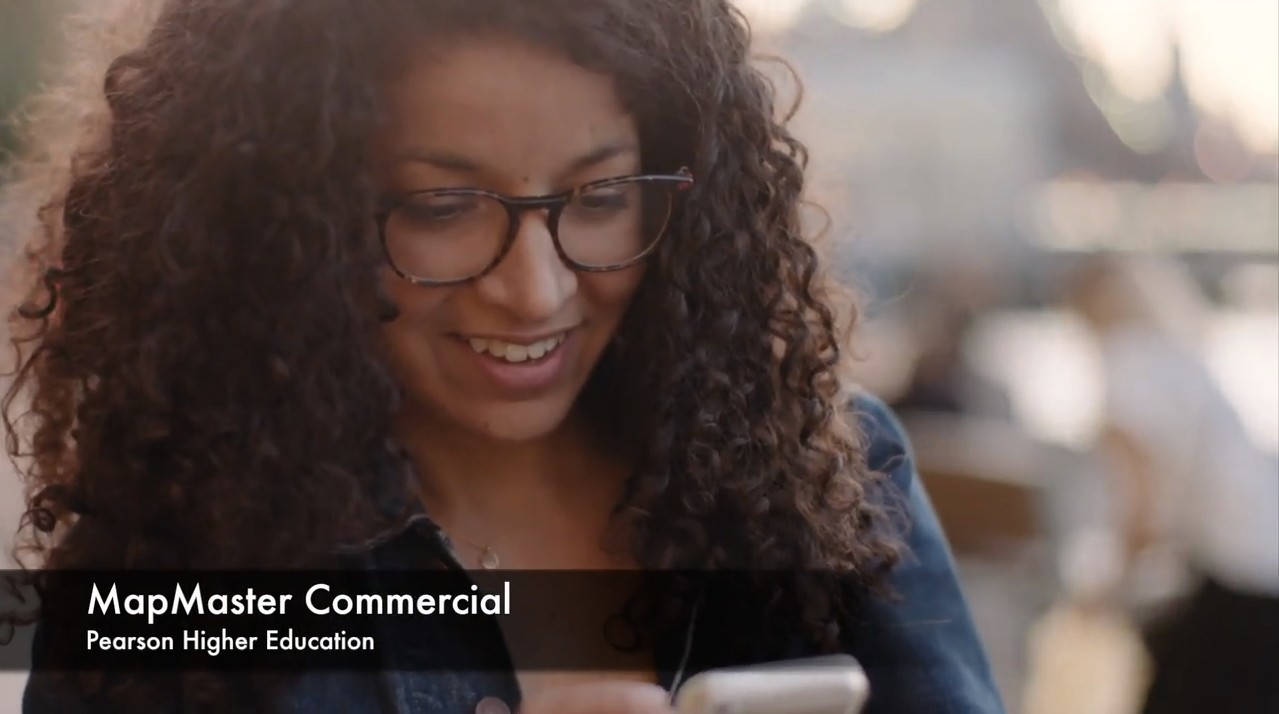 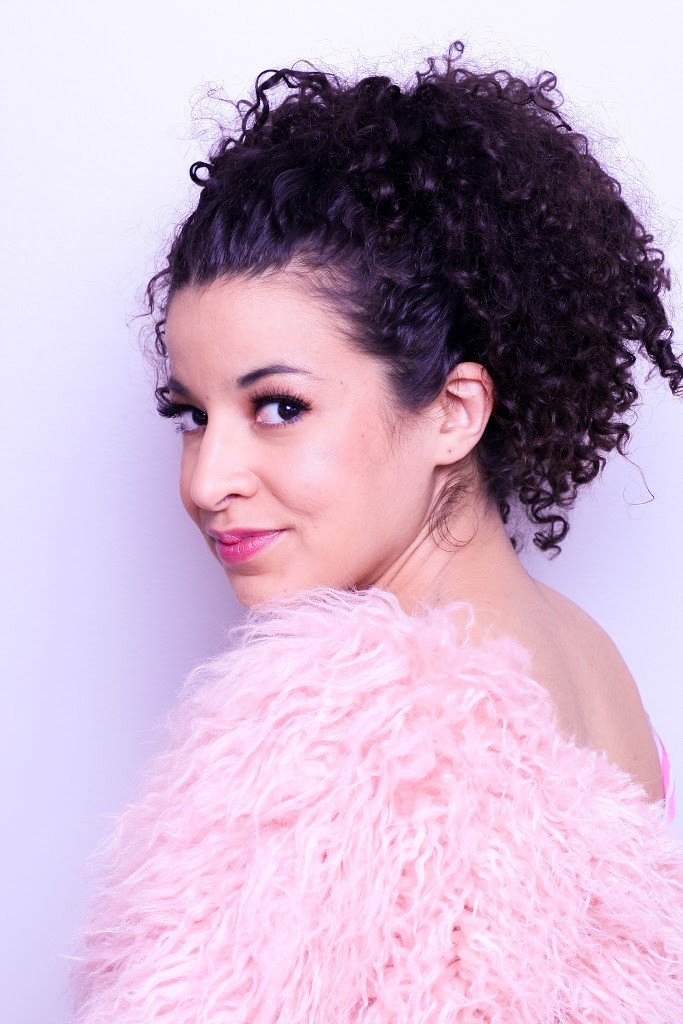 I am a bilingual actor, dancer, singer and performer. I was trained in acting, Shakespeare, Musical theater, physical and devised theater, Suzuki and Viewpoints as well as in voiceover. I have experience performing in dance piece, short films, new musicals, devised performance pieces, commercials, e-learning videos and voiceover, both in French and English. I am thrilled any time I get to perform or devise new work or explore the words and world of Shakespeare through a new lens and layering different art forms. 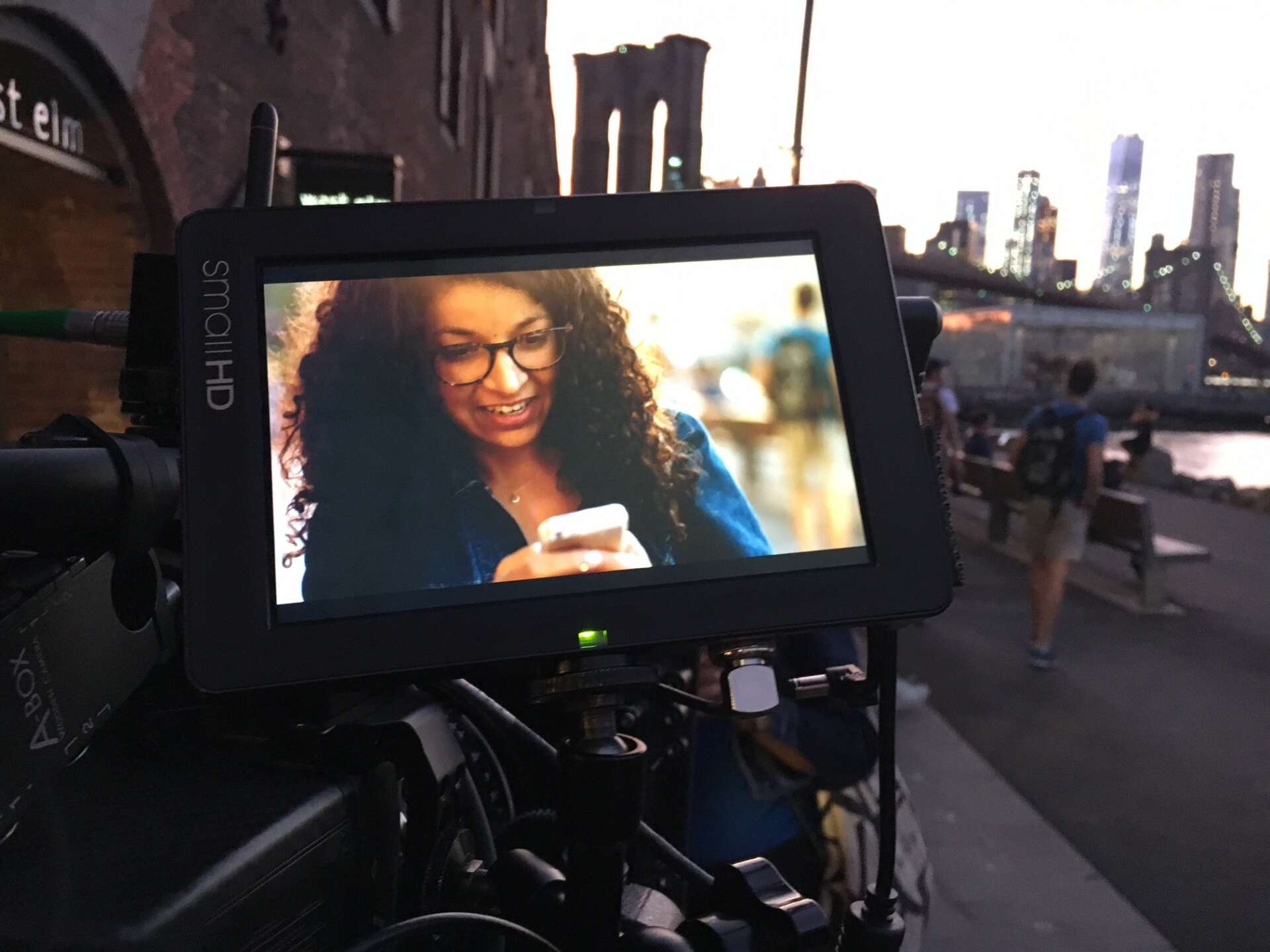 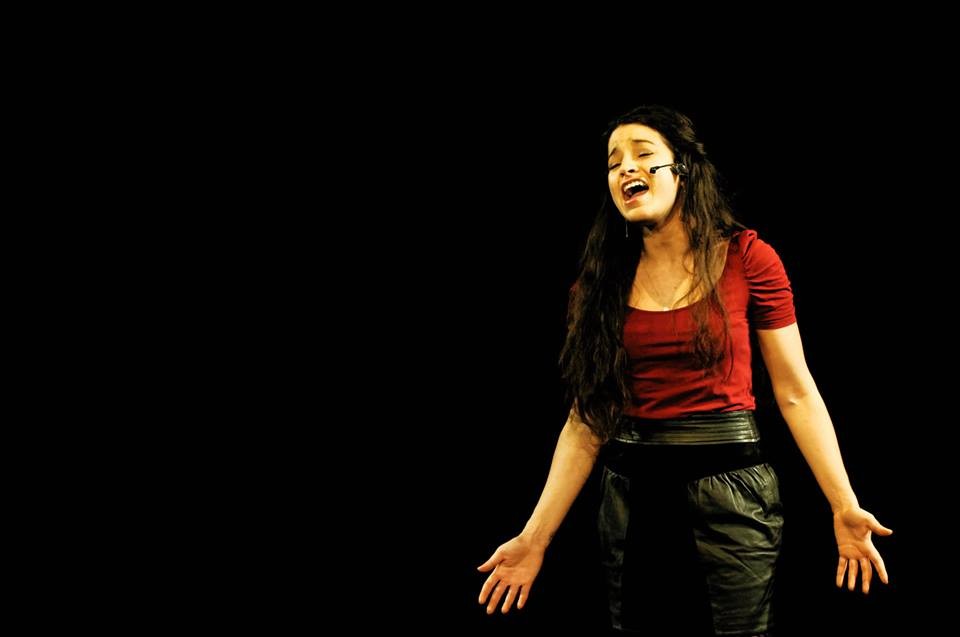 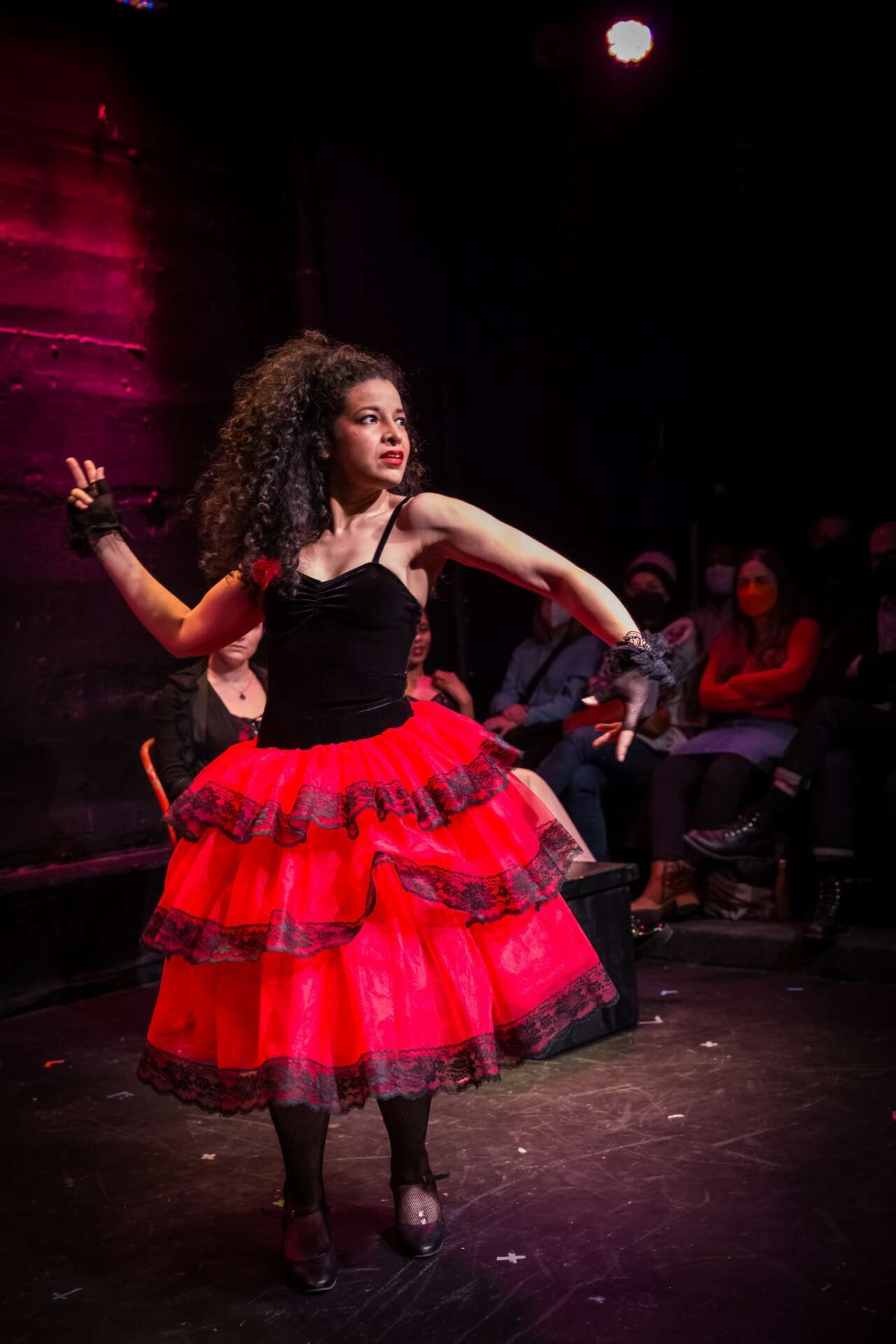 The main direct action that society could implement would be to pay artists a living wage for their labor, may it be a performance, rehearsal, creative consulting or royalties. Music, theater, film and art in all its forms are essential to society, both to help people get through their day, offer them an outlet or an escape. And most of all, Art mirrors life and society, giving a reflection of humanity through its best and worst facets. It questions and highlights problems and injustices, hopefully helping to catalyse a change in society. It is still often to rare that Artists and Art are valued and compensated as other labor forms that are “quantifiable” because it is viewed as non essential. However, Art is “consumed” to a great extent daily – through music, shows, movies, TV shows – and artists should be able to focus on creating and performing, without having to maintain multiple streams of basic income.
At whatever level you are, buy directly from artists, go see their shows, support and share their art, go to the small theaters, venues and galleries. 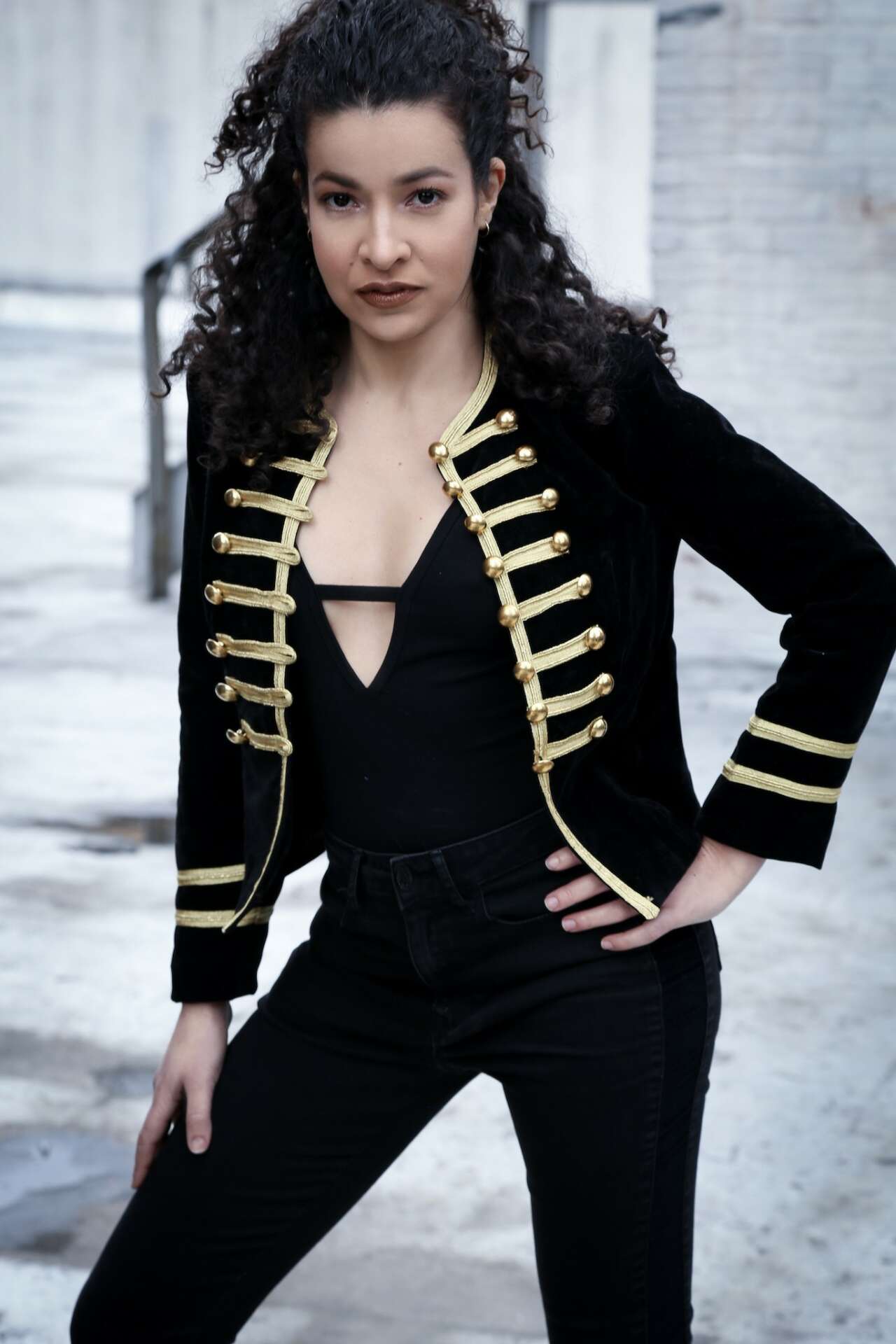 My biggest “unlearning” was that actors needed to fit a certain mold of what casting directors or the industry wanted them to be. I did not have a specific ah-ah moment, more a gradual realization and gaining consciousness of what it truly feels like.

Auditioning or being in school, I was told many times that I should bring myself fully to auditions – which I though I was doing. While implementing it little by little, I noticed that I still had some resistance towards it for fear of not ticking the boxes of what the breakdown or casting called for.  As I let go more and more of whatever I thought I should do and focused on just being and being fully present, I became more grounded and could bring more and more of my true self into the audition rooms/or on the audition tapes.

Before – and even still sometimes now – I so often fought with the impulse of trying to make the role or character fit the idea of what I thought it should be, or of archetypes that would traditionally represent them.

The moment I started let go of this, my audition tapes got more honest and authentic, I started serving the storytelling more than coming from a place of ego, and started getting more callbacks to auditions I submitted to.

Truly being and letting go instead of trying to control what the result looked like felt ten times more comfortable. It was also a way to find more ways to explore the script, its circumstances and to discover so much more depth and nuance to the character I was playing.