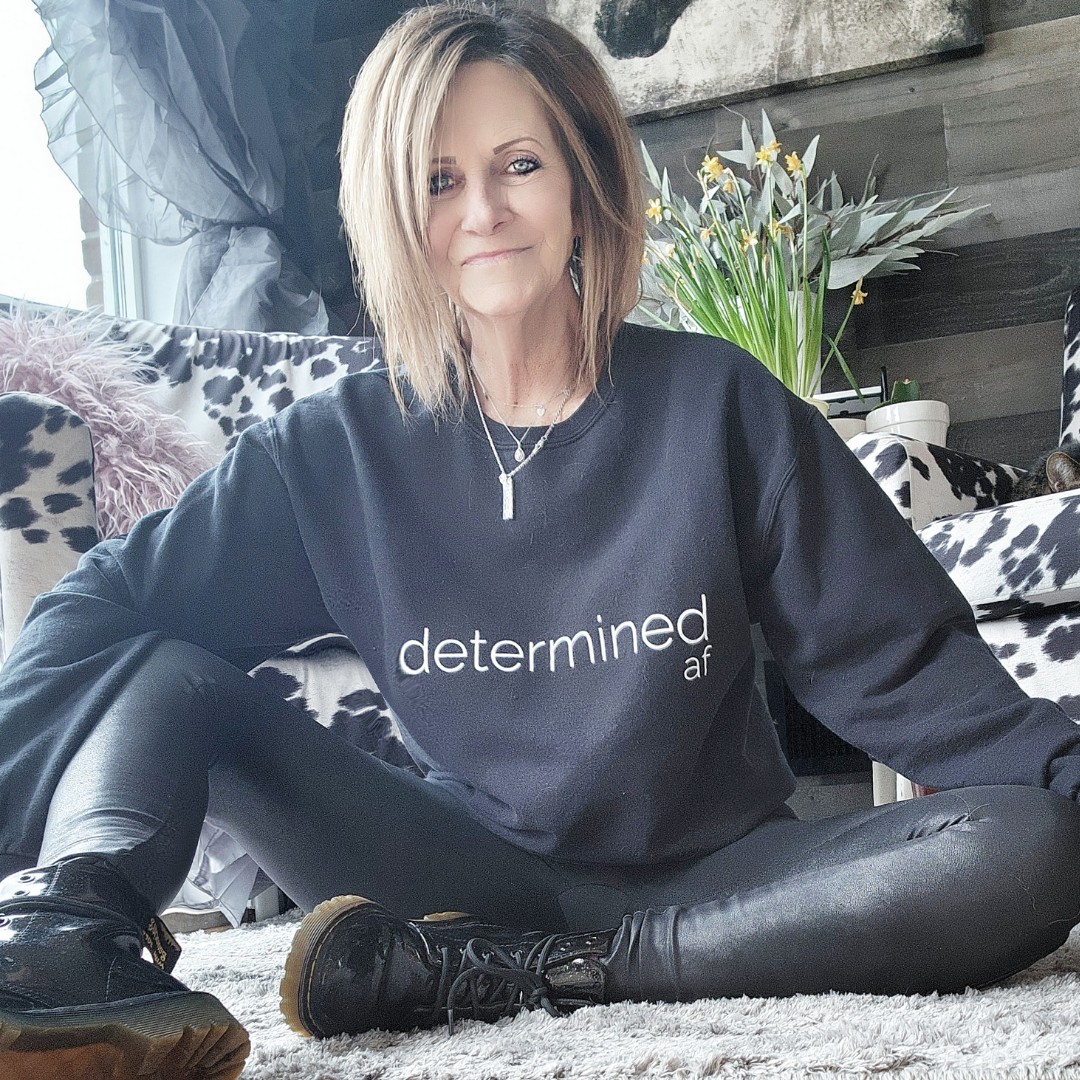 We were lucky to catch up with Robin Brown recently and have shared our conversation below.

Robin, appreciate you joining us today. So let’s jump to your mission – what’s the backstory behind how you developed the mission that drives your brand?

I’ve been there. I understand it. I’ve lived it. The anxiety and depression…and a divinely interrupted suicide attempt in 2015. My story is filled with broken pieces, bad decisions and some ugly truths…….but it’s also filled with a major comeback, peace in my soul and a grace that saved my life.

There’s been so many twists + turns, up’s and downs and dark tunnels that made me so sure I’d never see the light in my journey to learning to be just who I am and loving myself.

There is still such a stigma around mental health and people are still so hesitant to reach out and say “I’m not okay”. I was one of those people. The pieces I create are simple but impactful statements meant to spark those tough conversations!

RYSE by Robin is about love + acceptance of yourself…and for that human right next to you.
It’s about lifting each other up and cheering each other on.
It’s believing in yourself.
It’s about walking together and holding each other up through the anxiety and the dark, ugly moments and finally accepting that it’s okay if you’re not okay…..and to be free from judgement in talking about it.

My vision behind creating all of it was the hope of inspiring other humans just like me to keep going…..even when the path seems impossible…..and to leave a positive imprint on those you meet along the way. 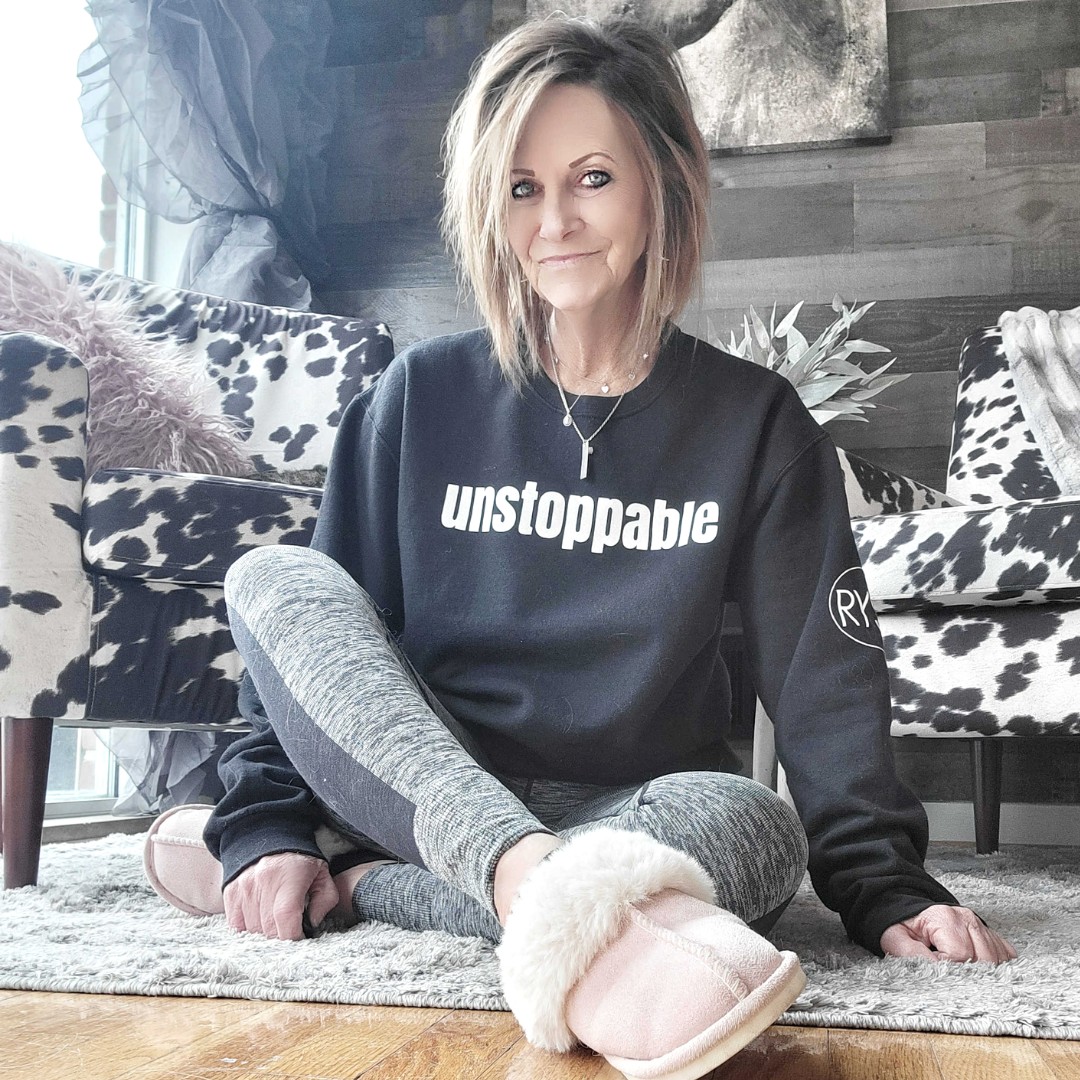 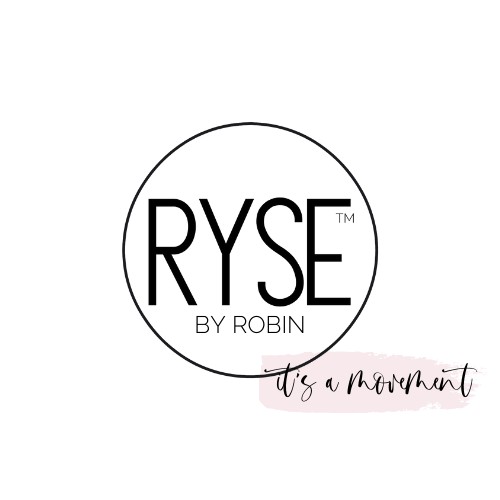 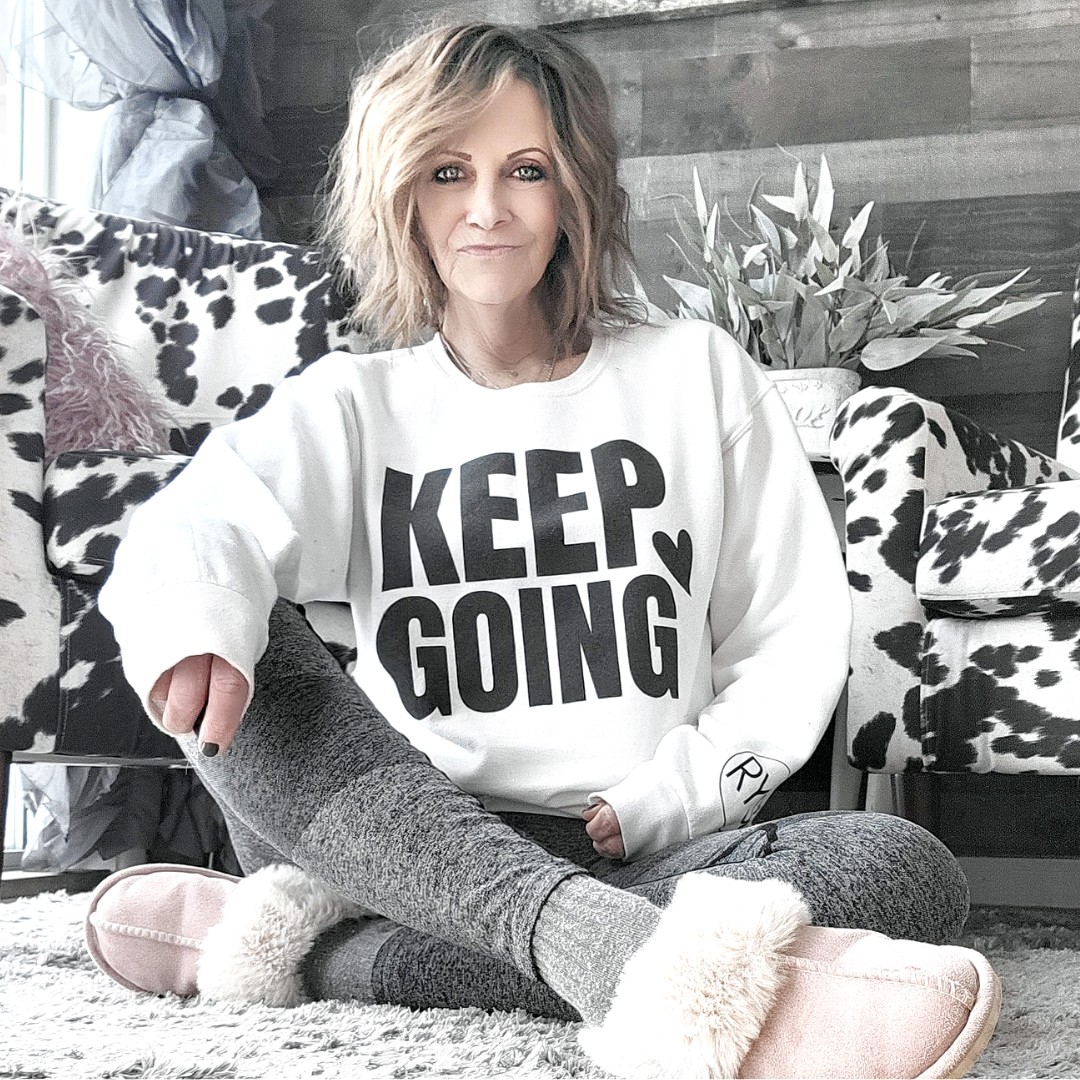 Robin, love having you share your insights with us. Before we ask you more questions, maybe you can take a moment to introduce yourself to our readers who might have missed our earlier conversations?

As I’ve mentioned – I have lived it. Bullying, never quite fitting in, abuse, domestic violence, forever being told I didn’t measure up and why couldn’t I be like “all the other girls my age”, eating disorders…..just so much stuff! I was always the one that was just a little bit different. Okay….maybe a LOT different.

The anxiety began at a young age but I didn’t really understand it. I did a really good job of hiding it and spent so many years thinking it was just another one of those things that made me different…..but not in a good sorta way. More like a “and this is why you’re weird” sorta way. I think way back then I honestly thought I was probably the only one on earth like this! And it wasn’t something anyone around me was talking about so I didn’t think I should. I just continued for so many years trying to hide it.

But as I got older, I’d confide in friends and hear a lot of “oh my gosh, me too”…..and although I wouldn’t wish a life of anxiety on anyone, I’ll admit, it was kind of comforting to find out I wasn’t the only one.

In 2010 I brought a horse into my life. His name was Ryleigh (and RYSE is a blend of the word ‘rise’ and his name) and my world was turned upside down. I was in no way prepared for a horse because I knew nothing – but here he was! I developed so many fears in the first year we were together……I mean, horses are big and strong and quick to change their minds about something and I was so uncomfortable not being able to sort of predict his behaviors.

But in that year, I also learned that an old quote by the very respected horseman Buc Branneman was SO true….and it reads: “The horse is a mirror to your soul. Sometimes you might not like what you see. Sometimes you will.”

For the first time in my entire life, I had to be JUST me. I couldn’t try to be anything or anyone else because Ryleigh saw right through me. And this 1000 lb animal would call me out on it! So before I could actually BE me, I had to begin the journey of figuring out who exactly that was. Who was I REALLY?

If I had an anxious day, I couldn’t try to hide it from him because that only made things worse. And hiding was what I did best. Whether I was on the ground next to him or on his back – I had to just BE.

And for the next 10 years – until the day that he died – he took me on this journey of finally figuring out me. And once I did that, he continued teaching me until I learned that it’s more than okay to be me. – even with the ugly past, the anxiety, the depression….all of it…..and nobody should every ask you (me) to be anything else.

I think what sets RYSE apart is that I’ve actually lived it. I understand it to my core. When someone tells me they’re feeling anxious or having ugly thoughts, they can trust me when I tell them “I’ve been where you are and there IS a light at the end of the dark tunnel”.

A HUGE lesson I had to unlearn was that everything I’ve been through, and every bad decision I ever made, and every single ugly truth about my life DOES NOT define me. There’s an old quote (can you tell I love quotes!?) that reads: At any given moment you have the power to say THIS is NOT how my story ends.”

That quote came into my life at just the right time and I lived by it.

Instead of continuing to believe I was not worth a whole lot, that I’d never amount to much, that my anxiety and bouts with depression made me less of a human, I decided to step into my light, decide this isn’t for me and maybe, by telling my own story, light the way for someone else.

My vision behind creating all of it was the hope of inspiring other humans just like me to keep going…..even when the path seems impossible…..and to leave a positive imprint on those you meet along the way. 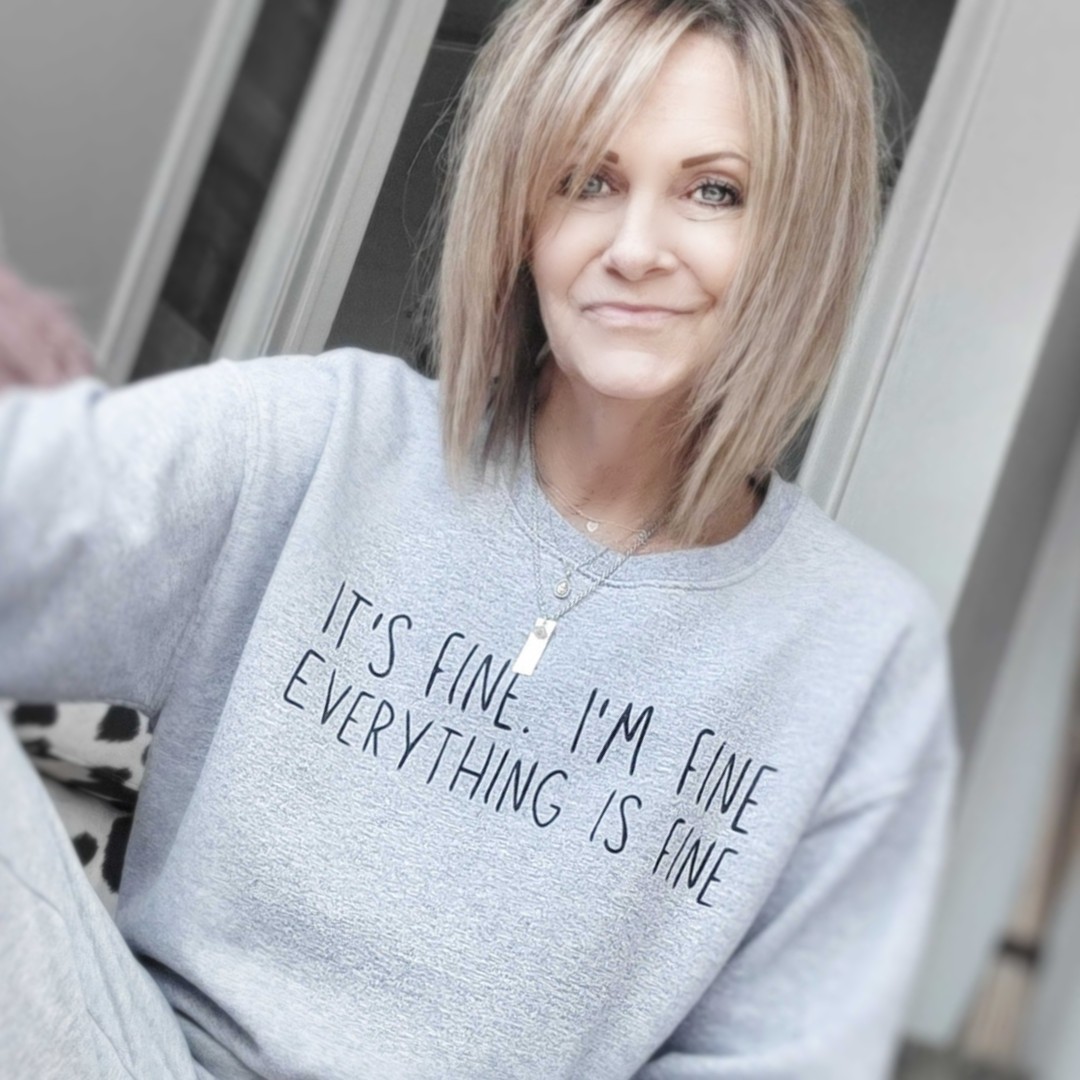 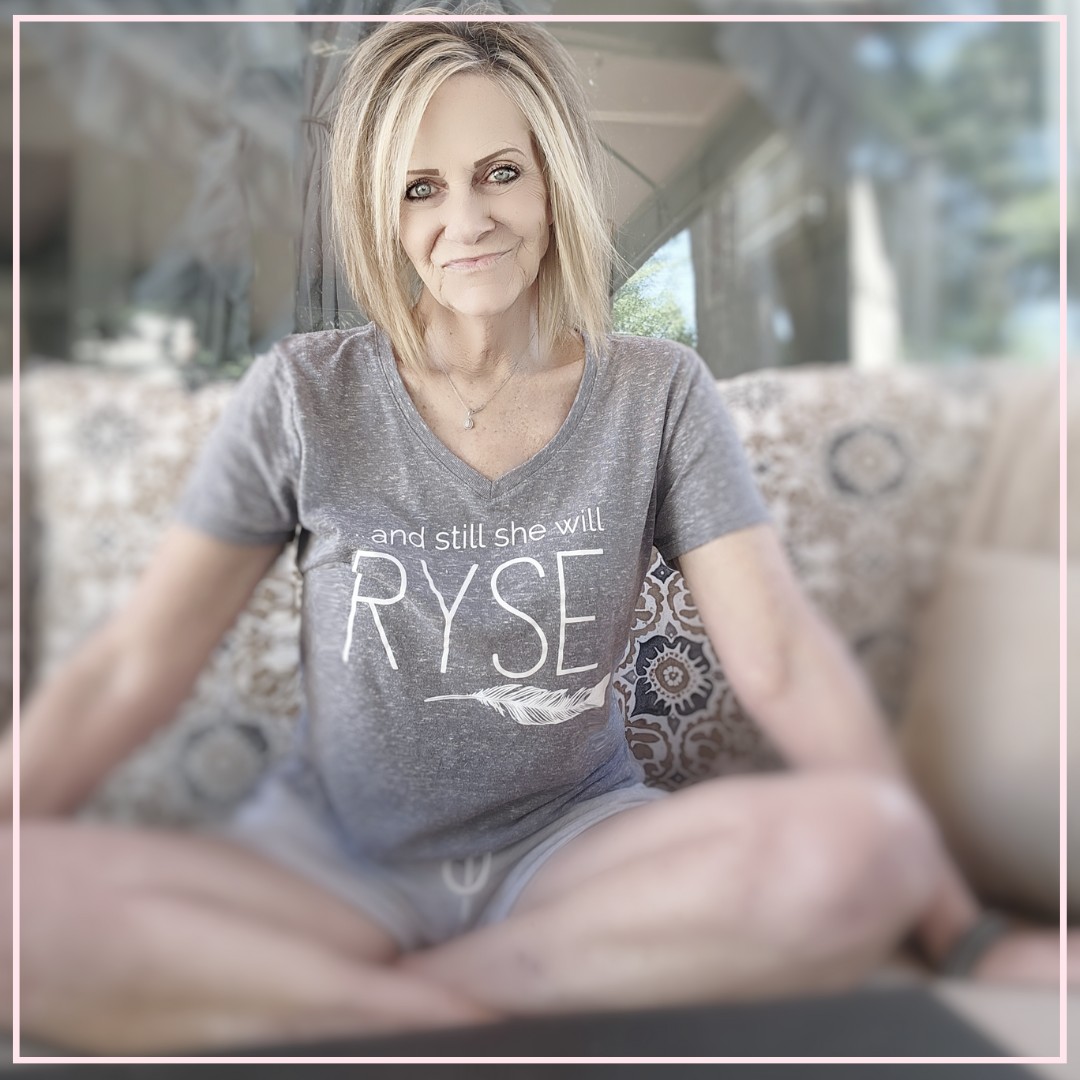 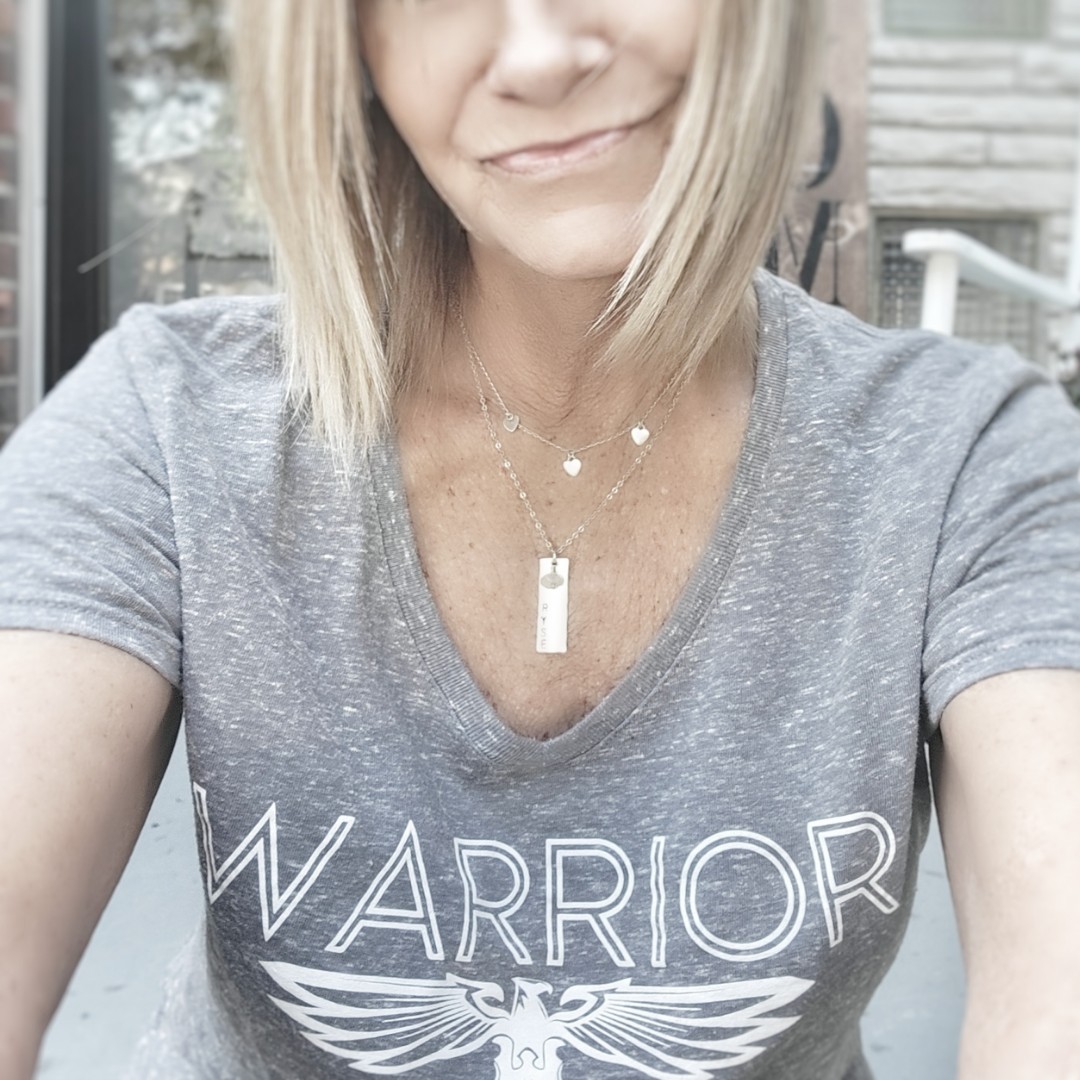 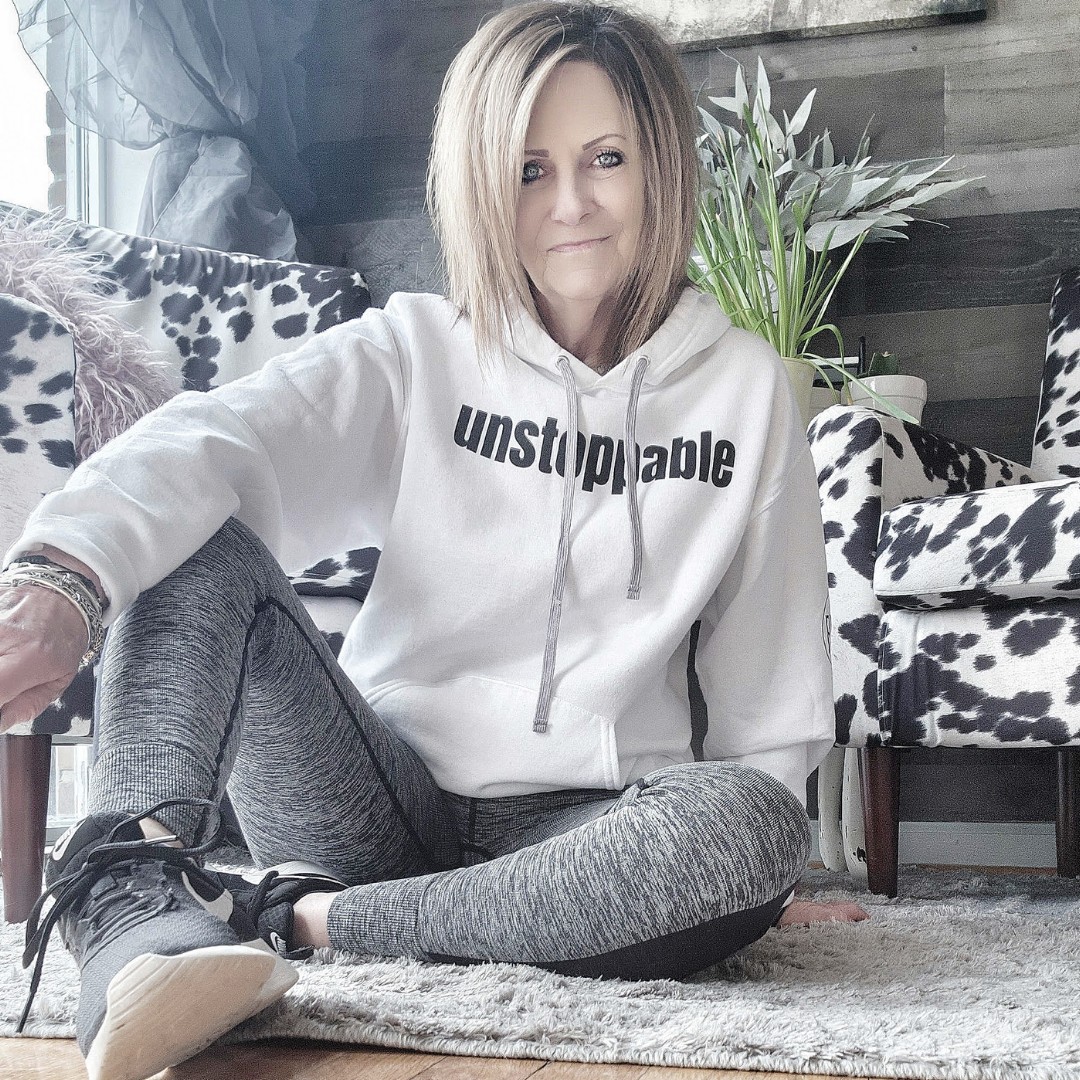 One of our biggest selling sweatshirts (that happens to be one of our main hashtags too!) is KEEP GOING. I designed that sweatshirt during a particularly tough time a couple years ago when every small business was struggling and fearful of what the pandemic would do to us….how it would change us…..and if our businesses would survive. There were so many times I wanted to throw up my hands and quit.

Sales were so slow….but I decided that no matter what, I had to keep going. I had to keep posting. I had to keep answering the DM’s. I had to keep showing up because I know firsthand what feeling alone feels like and if I could help someone else know that they weren’t alone and to feel a little less broken…….THAT would determine my success.