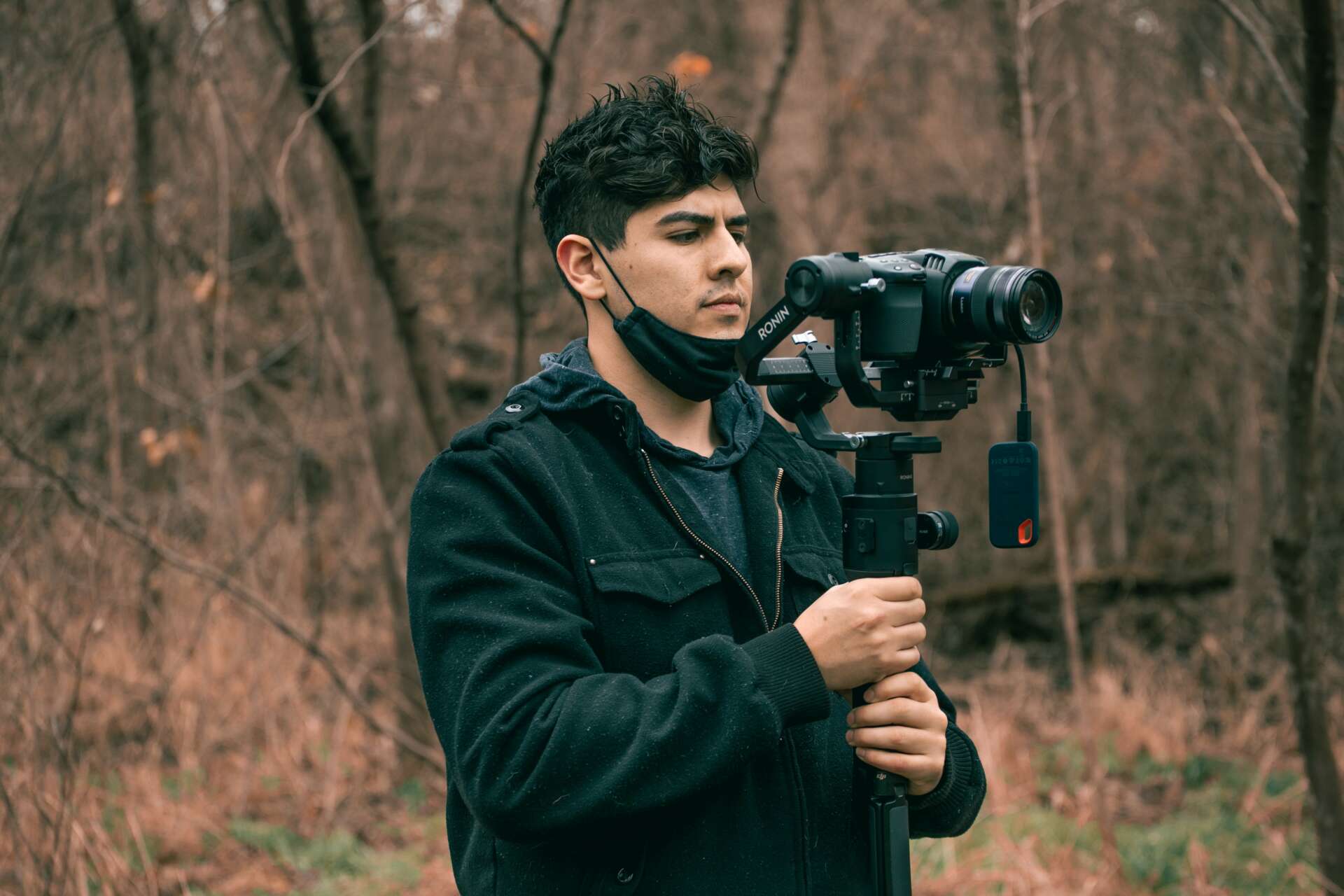 We were lucky to catch up with Rene Garcia recently and have shared our conversation below.

Rene , thanks for joining us, excited to have you contributing your stories and insights. Can you tell us a story about a time you failed?

In the late Spring of 2015, I was starting a new quarter at my film school (for reference, the school year was divided up into “quarters” and not regular, old semesters). It was going to be an important quarter as this was to be the production phase of my Senior Film Thesis project. We had been given a script to produce into a short film and had started all the pre-production work the quarter before hand; we were now weeks away from starting to film at this point.

I was assigned the role of Lighting Director, and unfortunately, I was not the most knowledgeable when it came to lighting at the time. I really wanted to be the cinematographer but that position had been given to another student in my group; I wasn’t the most thrilled about it as cinematography was what I wanted to pursue above everything else. My ego was hurt but I got over it when I was given co-writing and art direction duties. I focused more on my pre-production responsibilities instead of prepping for the production aspect of the thesis project, ignoring some much needed training on lighting.

About half-way during the quarter, (and a month before we started filming), I had a life-changing event occur: I was forced to come out to my mother when she confronted me about it. At this point in my life, it was now or never, and I had been repeatedly told by my friends and the one cousin that knew, that My Mother would still love me no matter what. So, I confirmed to her that I was gay. To my heartbreak, she did not handle it well and broke down. My life after that became somewhat rocky as she would go on to say mean and terrible things to me regarding my lifestyle “choices.” Dark thoughts and defeated moods started to consume my life but I tried my best to fight it. I was not comfortable enough to tell my group what was happening (I didn’t really trust them) and I was so unmotivated to do anything to improve. At the time, I thought I was trying but looking back, I could’ve done better. Not only did I have all that happening, but I was trying to form a relationship with a guy I was seeing, but all my “baggage” was too much for him.

Around the time filming began, tensions and stress were high on my team and my dislike for them began to grow, especially when I was basically conned into going to Austin (from Dallas) to pick-up catered food from one of my teammate’s family’s restaurant. For context, I had agreed to make the drive to Austin for the food if we ALL had gone as a group – but somehow it ended up with me going alone, and at this point I couldn’t say no since filming was scheduled to begin two days later. So, I drove to Austin, picked up the food, and then drove back the same night as a massive storm hit. I was nearly hit by an 18-wheeler and didn’t get home until 6am or so. I sent an angry text to the group about the drive and going alone but they all made it seem like I was the one who agreed to the terms and made me out to be the bad guy, for having gotten upset at the experience. I was never thanked for going or reimbursed for gas, so I knew they had taken advantage.

My mental health started to deteriorate from there. I was not doing a good job on set, I didn’t know what to do to improve, nor did I want to because of how high on their horse these people had gotten, my mother and father were threatening me with sending me back to Mexico to get myself “straighten out,” and I was pleading an emotionally-unavailable man to reciprocate feelings of needing a friend or partner for support. It was a cluster-f*ck of a time! I had always prided myself for staying optimistic in dark times, but the light was fading. For a brief second, a passing moment, I thought to myself, what is the point in going on? Never in my life, had I ever thought about something as drastic as suicide, but from that one second, that one thought, I knew I needed to come back from there. I needed to find the light again.

The rejection of who I was by my own family, the horrible school experience, and the loss of someone I thought could’ve been more, had brought me to my most defeated and failed state.

My school group had demoted me to Production Assistant and eventually kicked me out of the project, forcing me to retake the class next quarter to make up for the failing grade. However, I decided to remove myself from school completely and take a quarter off to heal mentally. My mom eventually came around and apologized for what she had said to me. But she asked me to give her time to deal and accept the truth about me; and the Guy eventually ghosted completely when things settled down somewhat.

It was one of the hardest periods of my life but one that made me stronger and helped shape me into the man I am today. 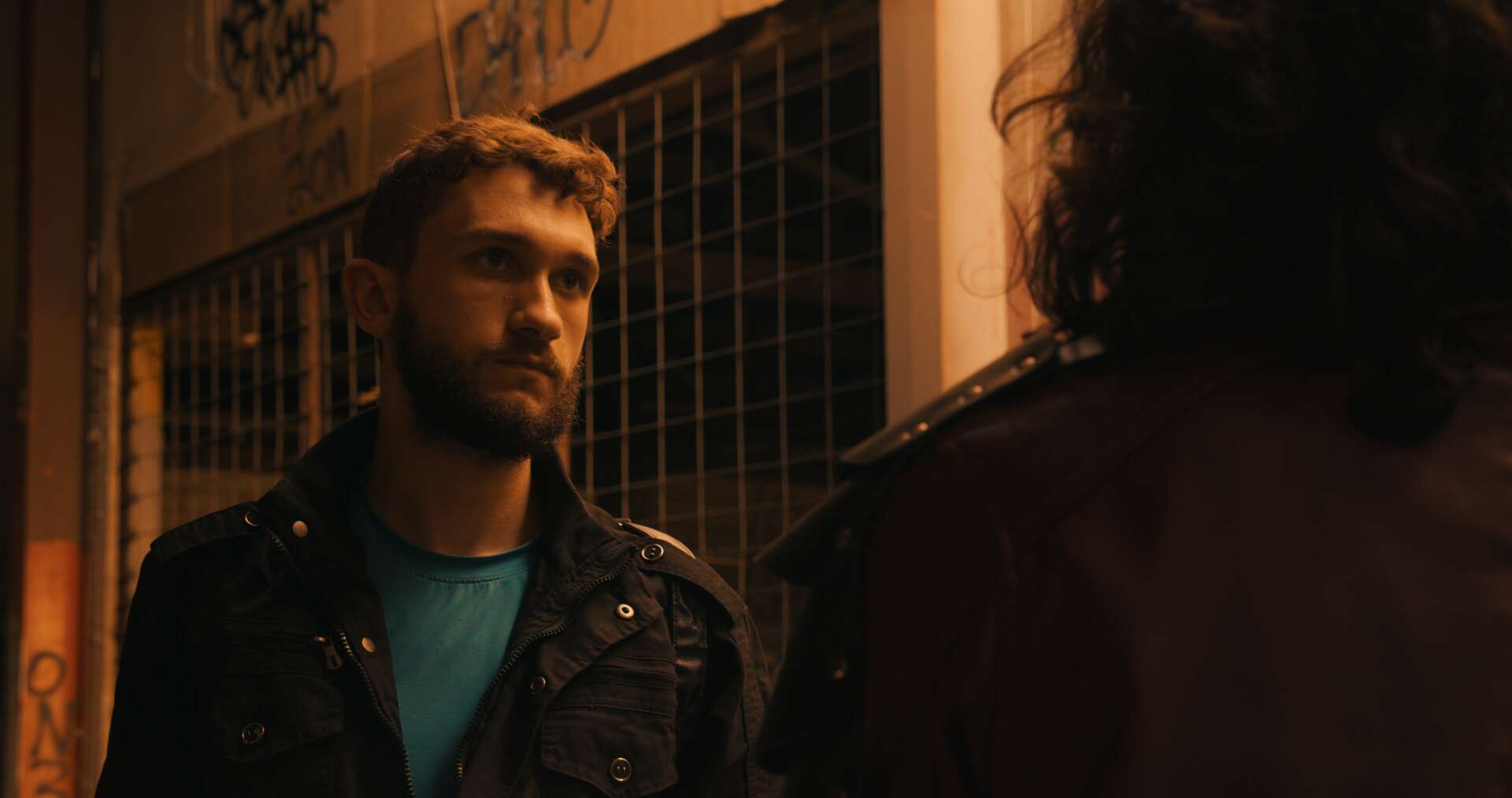 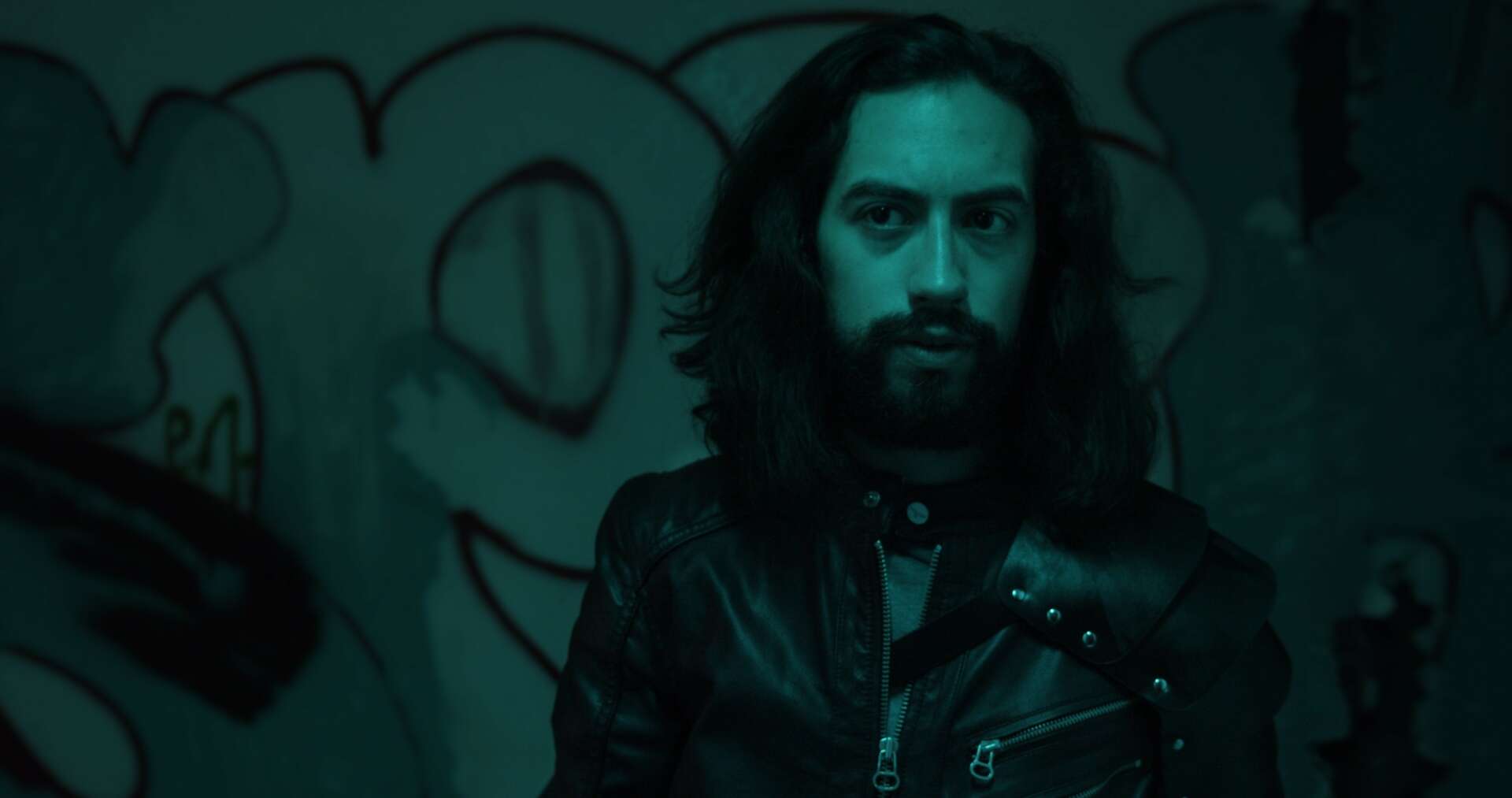 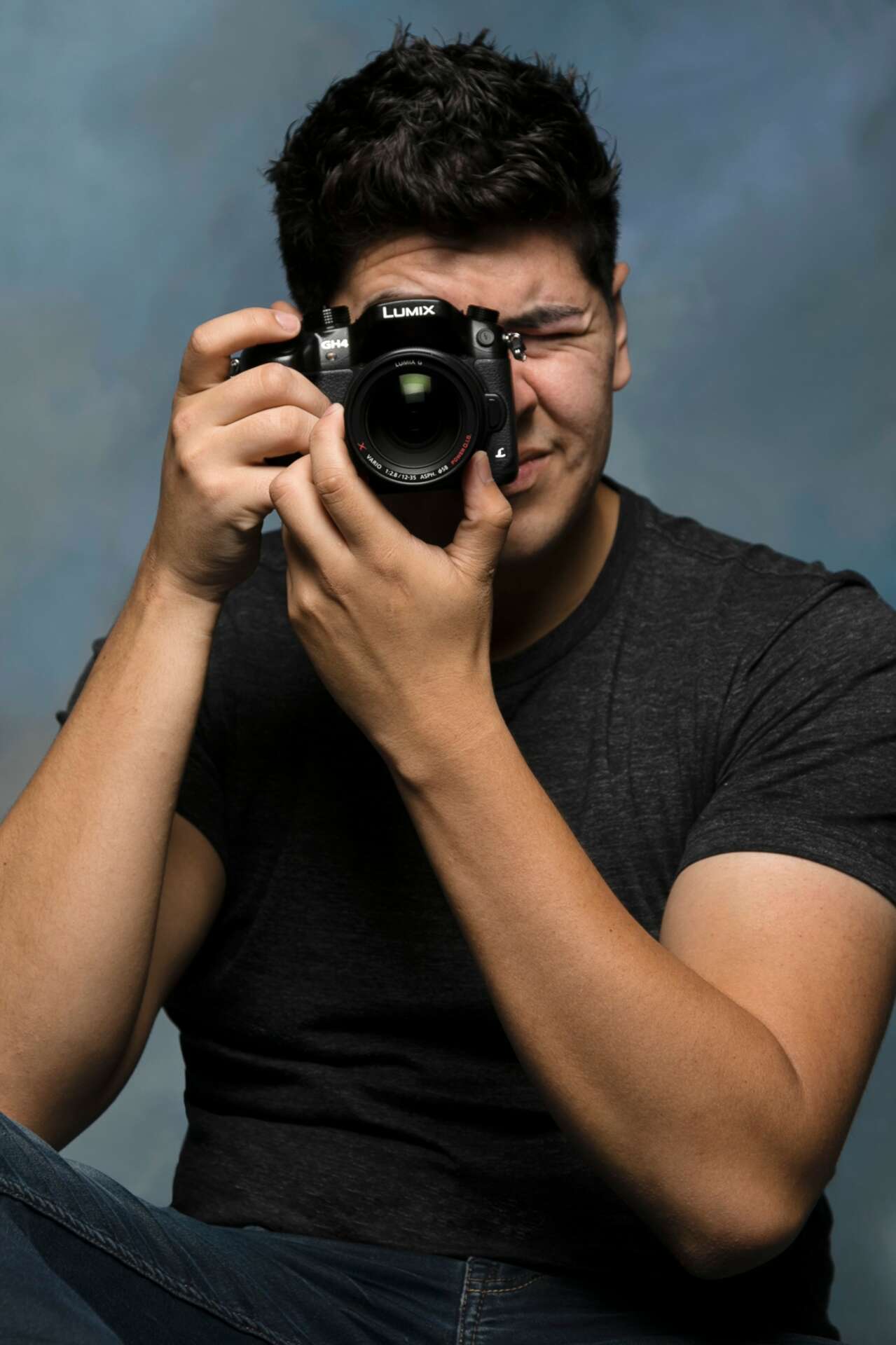 My name is Rene Garcia and I am a filmmaker based in the DFW area. I fell in love with Filmmaking at the young age of 13 and began to teach himself everything I could about the craft. I graduated from The Art Institute of Dallas, with a Bachelor Degree of Science in Digital Filmmaking & Video Production, on December of 2017. My professional experiences in the industry range from commercial work, real estate, content creation, charity, and independent short film projects! Renefilms Productions is the production label I use for my videography, graphic design, and production work. I have been fortunate enough to provide services for video needs such as engaging, Online Advertising, Cinematic Promos & Commercials for Businesses, Entrepreneurs, and Real Estate, as well as those seeking to create original productions in film.

One of my biggest projects to date was a web-series titled “TALIA: INHUMAN,” which I funded, produced, filmed, edited, and premiered in 2019. The series currently resides on my YouTube channel (Renefilms Productions) where it has gained more than 90K views altogether!

Right now, I worked full-time as a Video Specialist for an Insurance Agency, part-time at a movie theater, and part-time producing my next and possibly biggest short film project to date!

I believe what sets me apart from others is my passion for the craft and to get things off the ground, one way or another! I love doing what I do and I don’t do it for the money or potential accolades (but I do appreciate the rewards) I do it because it is what my life is about.
​

A lot of the times, I get asked why I decided to pursue filmmaking and what is it about it that has me so hooked? What do I get out of this? Since day one, I have been fueled by my passion to create and tell stories! I’m given a chance to create worlds and characters that will live on forever, whether they’re published to the world or dormant in one of my hard drives somewhere, I get a chance to bring these visions, whether they’re mine or someone else’s, to life. It is such an amazing process to see it from concept to the realization of the full vision. I also always get asked, what is your end goal, where do you want to take this? I want to be able to build a larger audience, to share the stories we have inside our minds; to let them be told to the world and have someone listen. History has shown us that we are storytellers and always will be – in new and old mediums. I want to be able to leave a dent and have our stories remembered and admired for years to come – and that is what drives me. 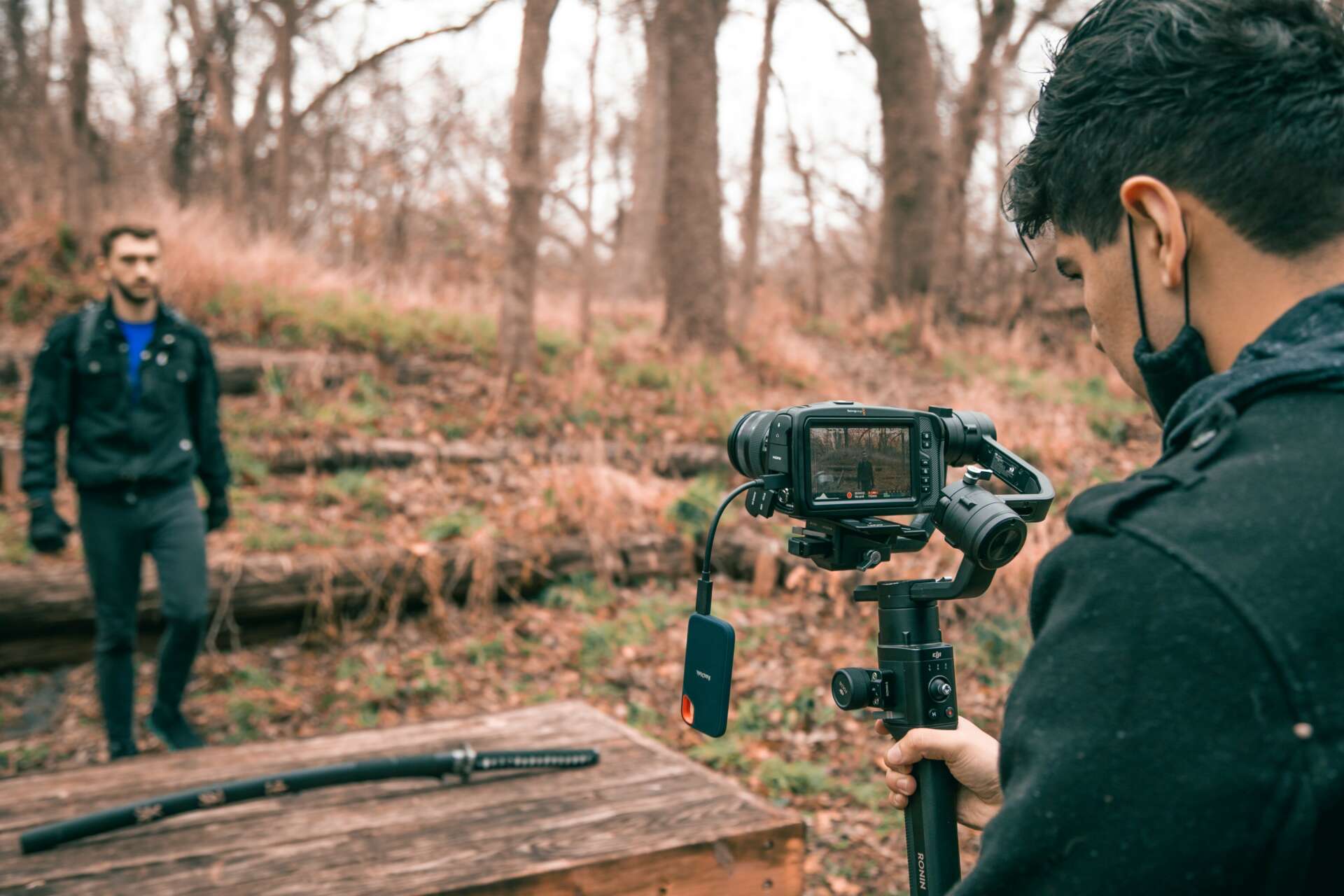 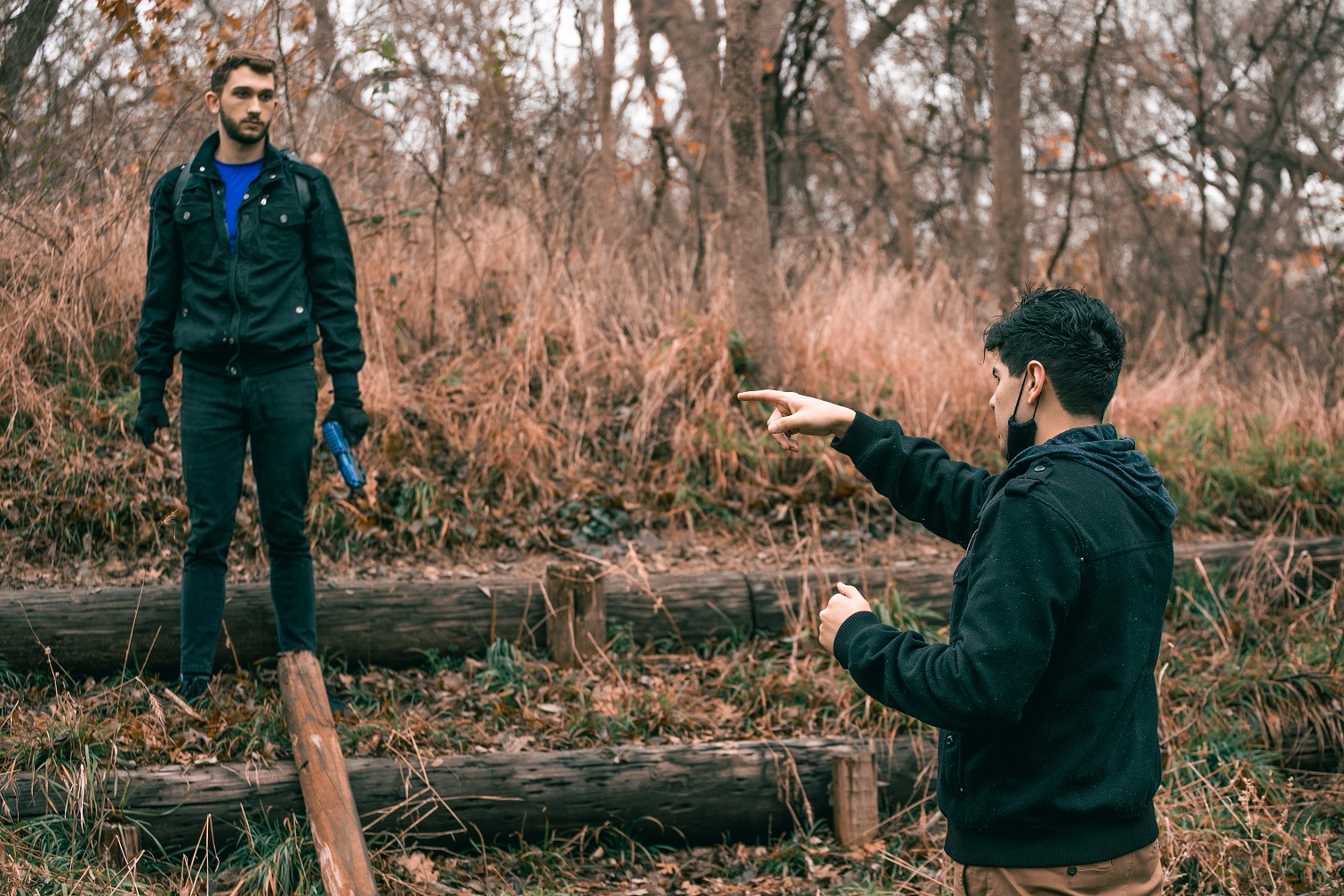 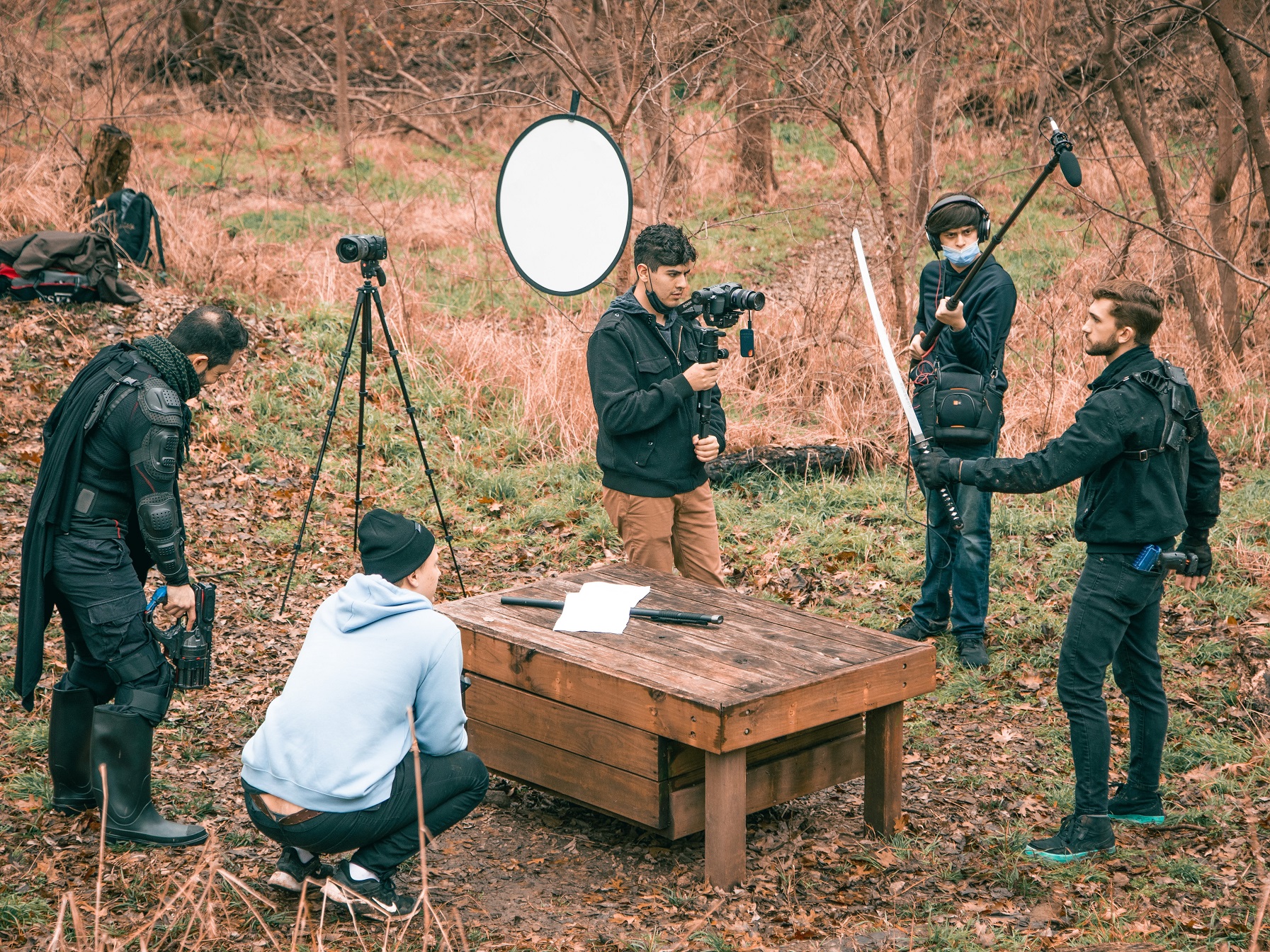 I don’t necessarily see this as a “resource” exactly but more of a thought-process, something that could be a resource as you grow in the field. When I was younger, I watched countless videos on filmmaking and tried to read a few things here and there. While going to school is important and can help you grow in many ways, I think when it comes to filmmaking, experience is just as important if not more relevant. I wish I could back and tell myself, don’t just be satisfied with your own little projects and call that experience, go look for the professionals, get yourself involved in as much as possible – every experience is a doorway to something greater! And in this field, experience is key!! So, I wish I knew that back then, yes I did try to practice the craft – but among myself, I should have gone out there and try to find experience early on. Thankfully, over the last few years, I have had the opportunity to learn and gain more experience that will hopefully lead me to greater and bigger things to come.