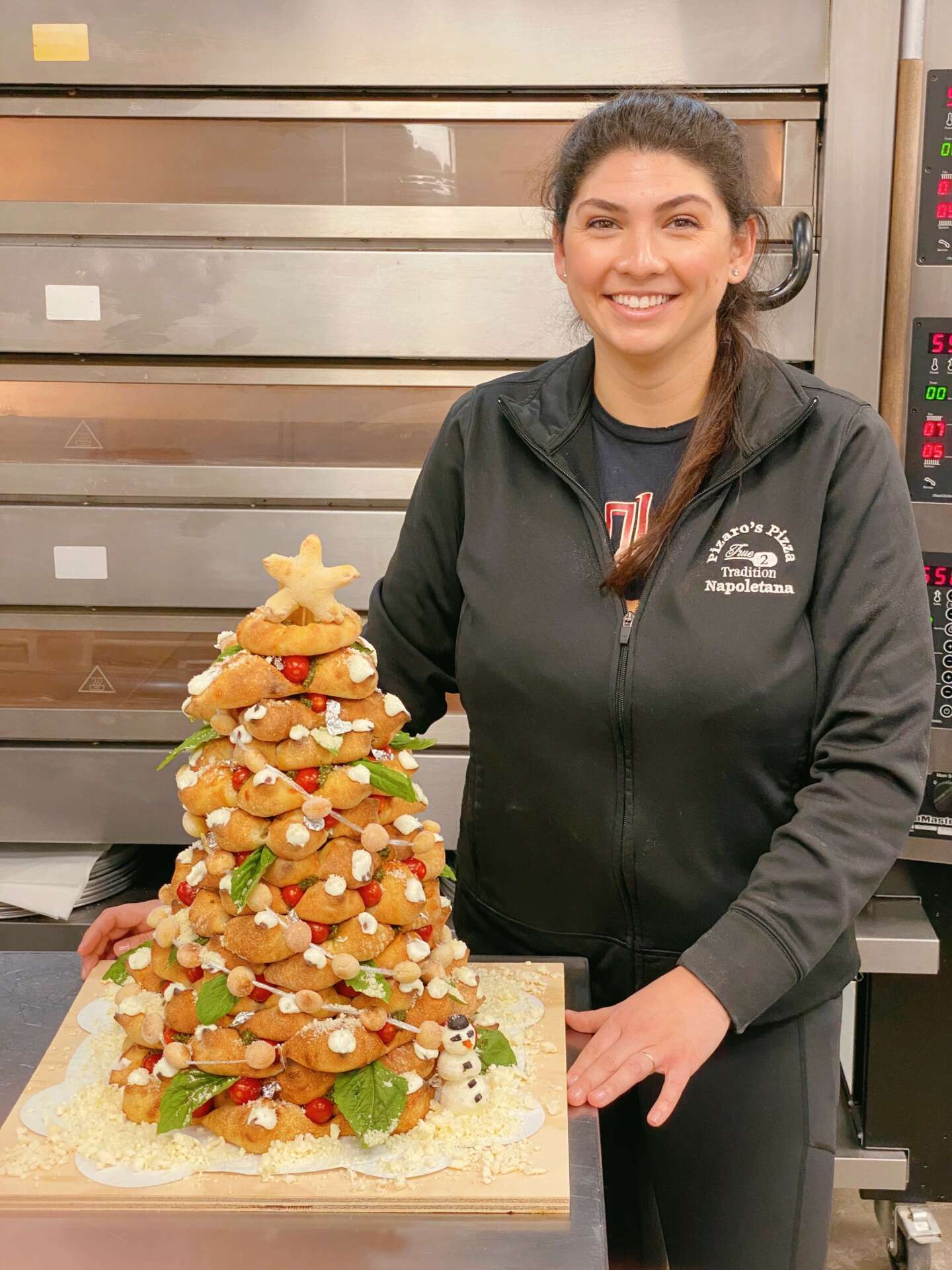 We caught up with the brilliant and insightful Nicole Bean a few weeks ago and have shared our conversation below.

Nicole, looking forward to hearing all of your stories today. Looking back, what’s an important lesson you learned at a prior job
The most important lesson/experience I’ve ever had was how to learn to work with people who are not like you and who don’t work like you. I’d never been told this before, except at my last position. “You’re kind of hard to work with.”
Though it was a very difficult thing to hear, especially coming into a new job and a new environment. My new boss felt challenged with me and here’s why…
Prior to taking on a new assistant manager (retail) role with an outlet location, I was working for the same company in the specialty department at a high end mall. I’d been with the company 7 years prior to the change. Going from specialty retail to outlet was of course a new world with less structure and less “hassle,” however my very structured self found my new boss unorganized. It was a few weeks after working together we’d realized that we weren’t flowing the way our other manager and her were. It was simple, because the other manager (too) was from outlet world.
My boss and I had a lengthy call and sorted out our differences, we soon learned that I needed structure and expressed how I would work best and she learned to work with someone who was unlike her with different experiences. We knew that this would be a work in progress, but found that the more we communicated the better we worked. Eventually we were able to have a seamless working environment that was much more productive and unified 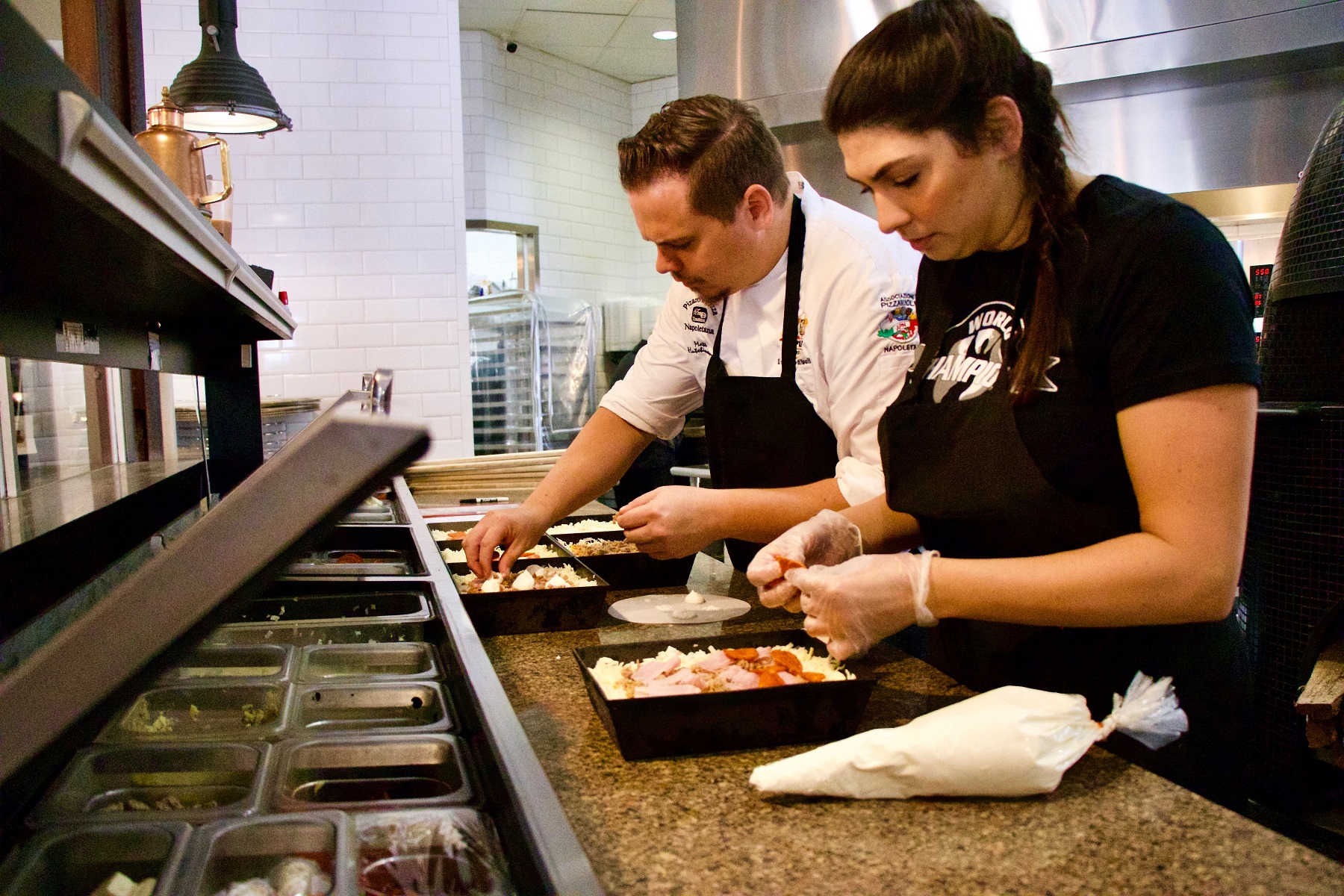 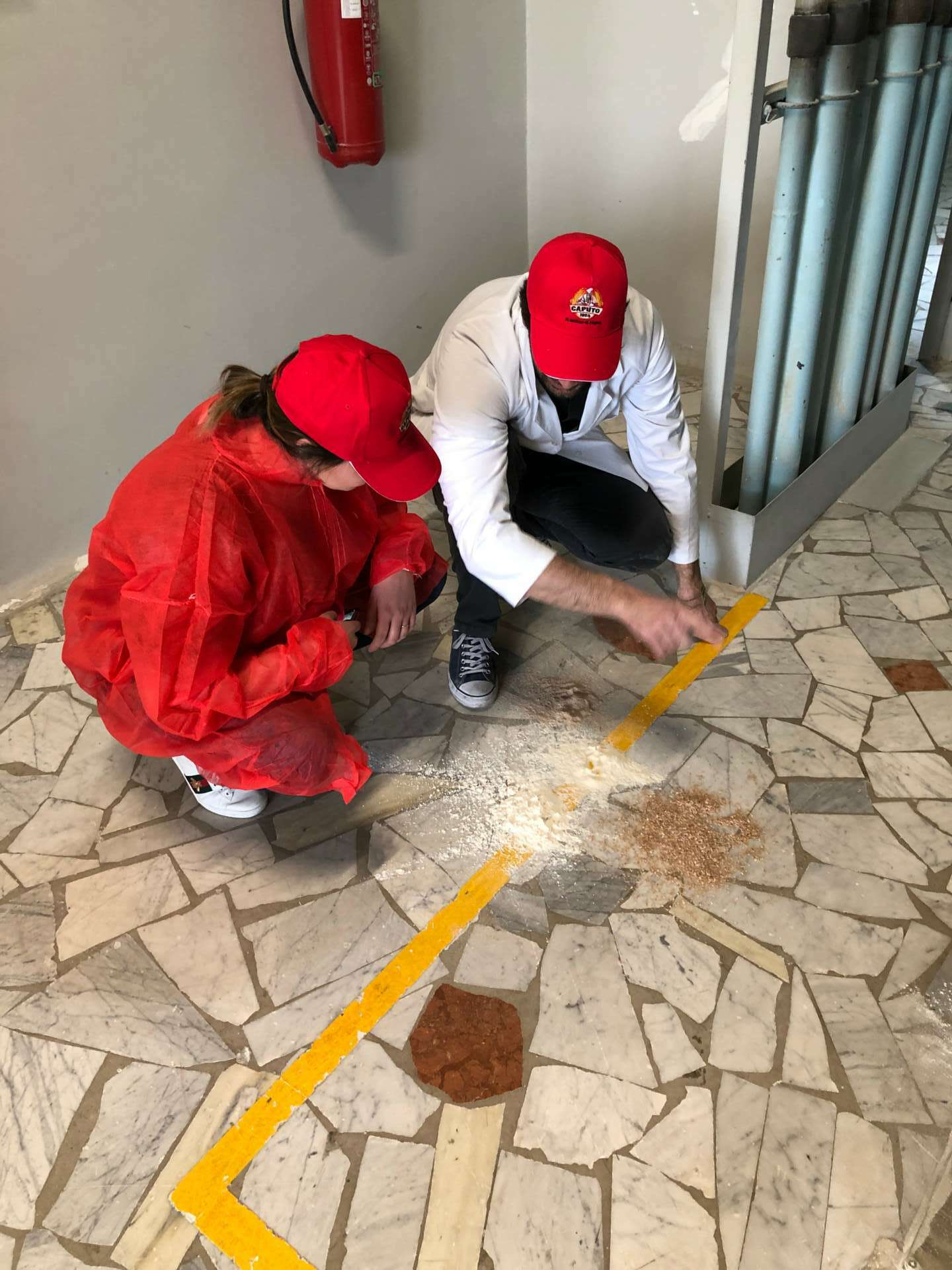 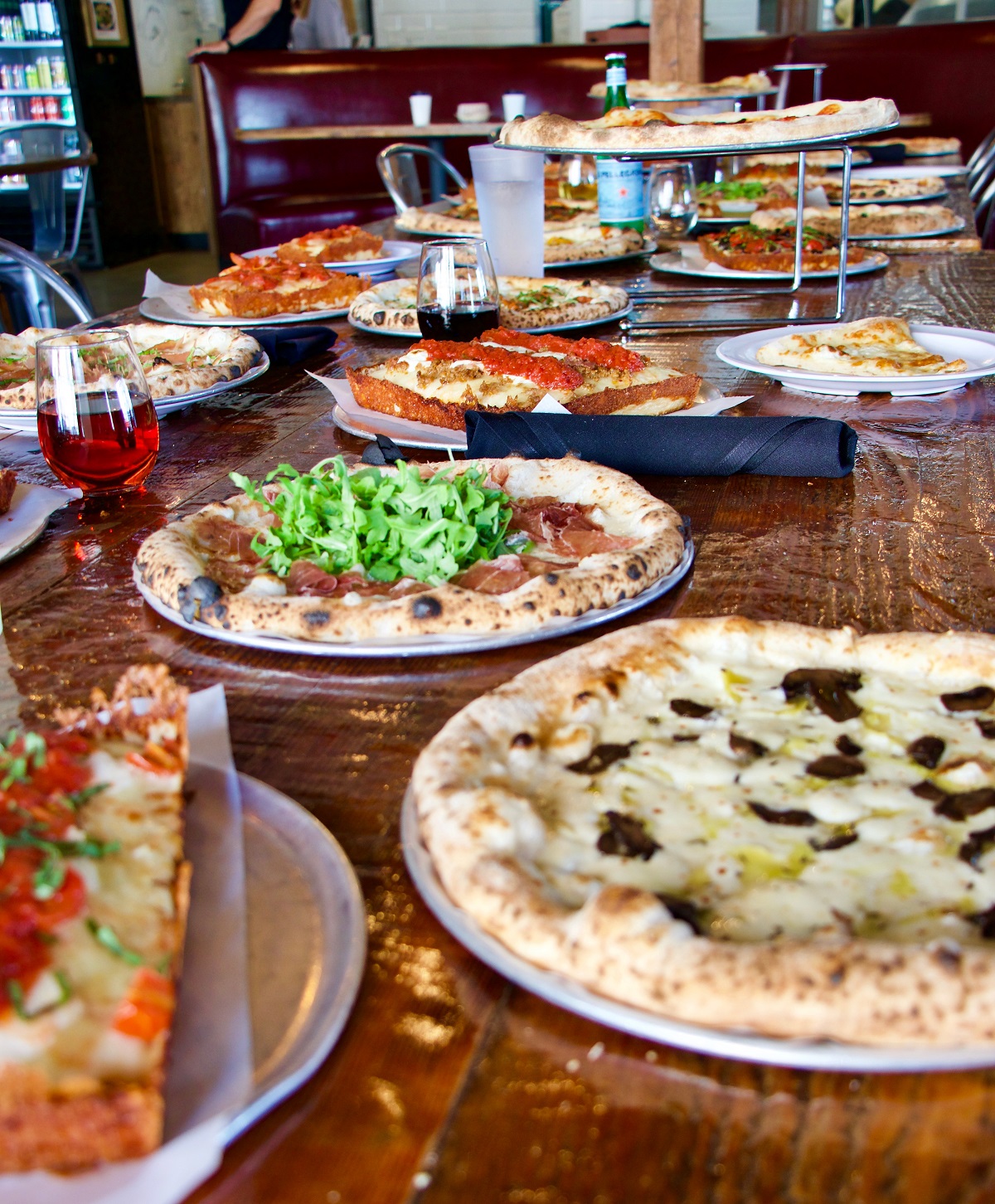 Nicole, love having you share your insights with us. Before we ask you more questions, maybe you can take a moment to introduce yourself to our readers who might have missed our earlier conversations?
My name is Nicole Bean and I own Pizaro’s Pizza Napoletana in Houston. we have two pizzeria locations and offer 3 style of pizza. I started working with my family in 2012, it wasn’t my ideal job at the time when I joined the family business making pizza. I knew they needed help to grow and build more locations and I always wanted my own business, just never thought it would be a restaurant.
After working in the pizzeria for a few months; learning this new job, I knew I would adjust and be able to provide more than just a hand in the kitchen. I started seeing where more discipline and structure could be added and useful for the operations of the business. Additionally my brother and I noticed that there was a need/want for more than what we were offering. I jumped on an opportunity to learn more and took a class in California to educate myself on something new and exciting for our customers.
We had requests for more: more toppings, more substantial crusts, phone orders, etc. The list was getting longer and we needed solutions. We’d set out to resolve one at a time. First was providing a new pizza option, but not any ordinary pizza…
After returning from schooling in California, I started working on developing our dough recipe for Detroit Style pizza. It would be the first one in Houston that was as close to an original option from Detroit Michigan (think Buddy’s Rendevous).
In Detroit, Buddy’s pizzas take roughly 25 minutes to cook. This presented an issue as our current Napoletana style pizzas took only 90 seconds.
We knew we needed to make modifications to speed up the process in order to cut down waiting time that could pair with our current menu, so we opted a par baking process. This cut cooking times down from 25 minutes to 6! This modification made the pizzas better, faster and still aligned with our business model: authenticity and education.
For years we spent time with many of our customers providing them with information and educating them on our Napoletana style pizzas, we knew that the addition of Detroit would be the same. We added New York style a year after and continue to provide the pizza-education to customers daily.
The best and most rewarding thing about what we do as a company is provide an Experience. I love being able to teach people, whether it’s my staff or a customer. The more we learn from one another, the better we are as a whole.
Pizaro’s is more than pizza, it’s a place to come enjoy friends and family over food that is meant to be shared and is made with intention, love and care. We spend a majority of our time paying attention to the details, even the small ones like ensuring your arugula goes home on the side to prevent it from wilting on the pizza.

How’d you build such a strong reputation within your market?
Being overly persistent on consistency. Because our brand was founded on authenticity, it was very important to provide it day in and day out. We bought an oven from Italy and imported it in along with our flour and tomatoes. We make our own mozzarella daily, we don’t cut any corners. Our product had to be precise and we focused on it so much that literally nothing else mattered. For instance when we started out, we had paper plates and plastic ware because it didn’t matter what you were eating the pizza on, it was about the pizza, period.
We are working with wood, an inconsistent heat source. We had to train employees how to use this tool and be able to produce similar results with every pizza. It is/was pursuing consistent results.
When we launched our other styles of pizza, we set out the same standards: produce the same/similar results each and ever bake over and over and over. The goal was that if a customer came in on Monday and ate and then came in again on Friday to eat that they would have the same result as they did on Monday. Keeping your product, service or inventory consistent is key to keeping your reputation. 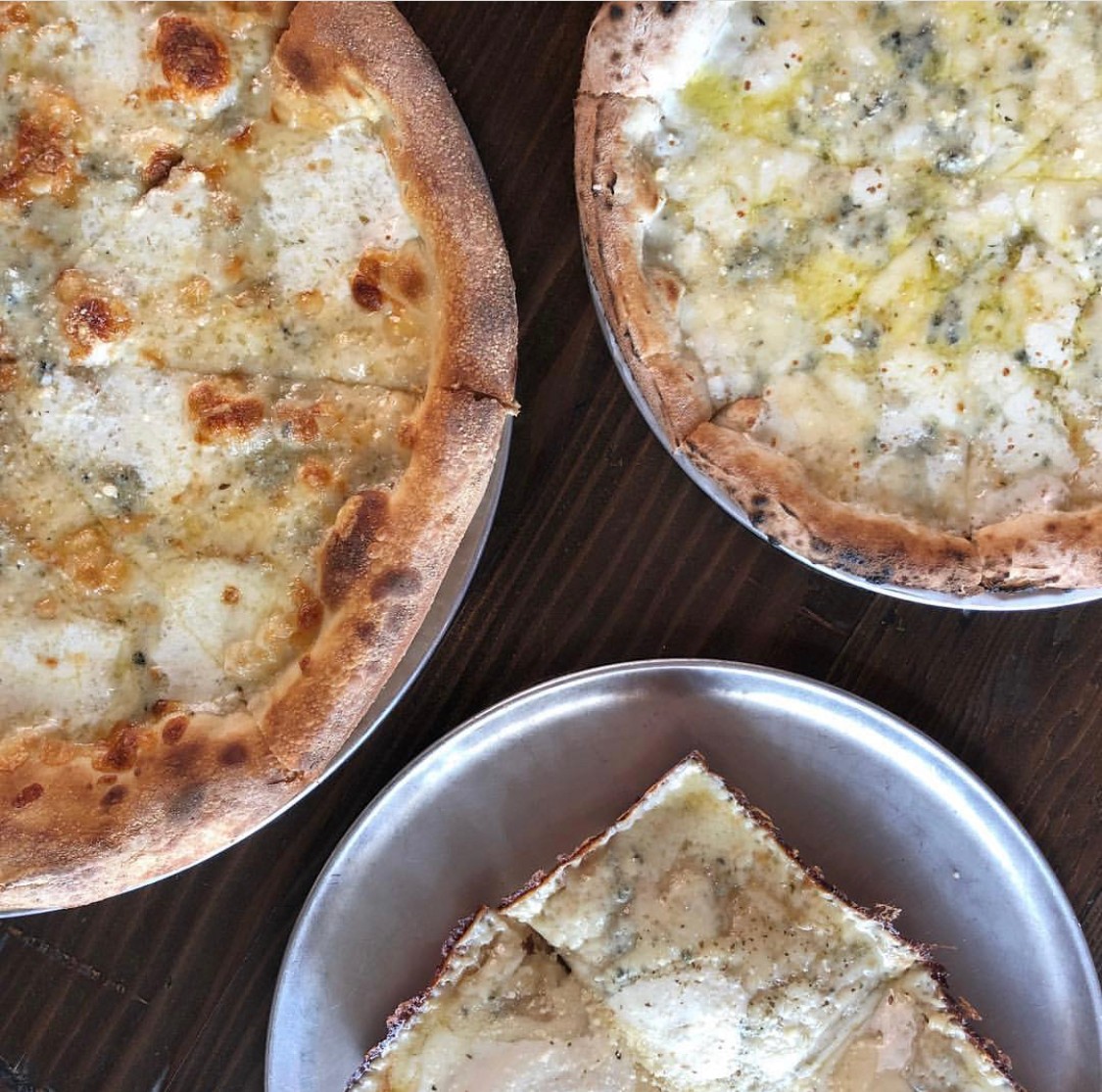 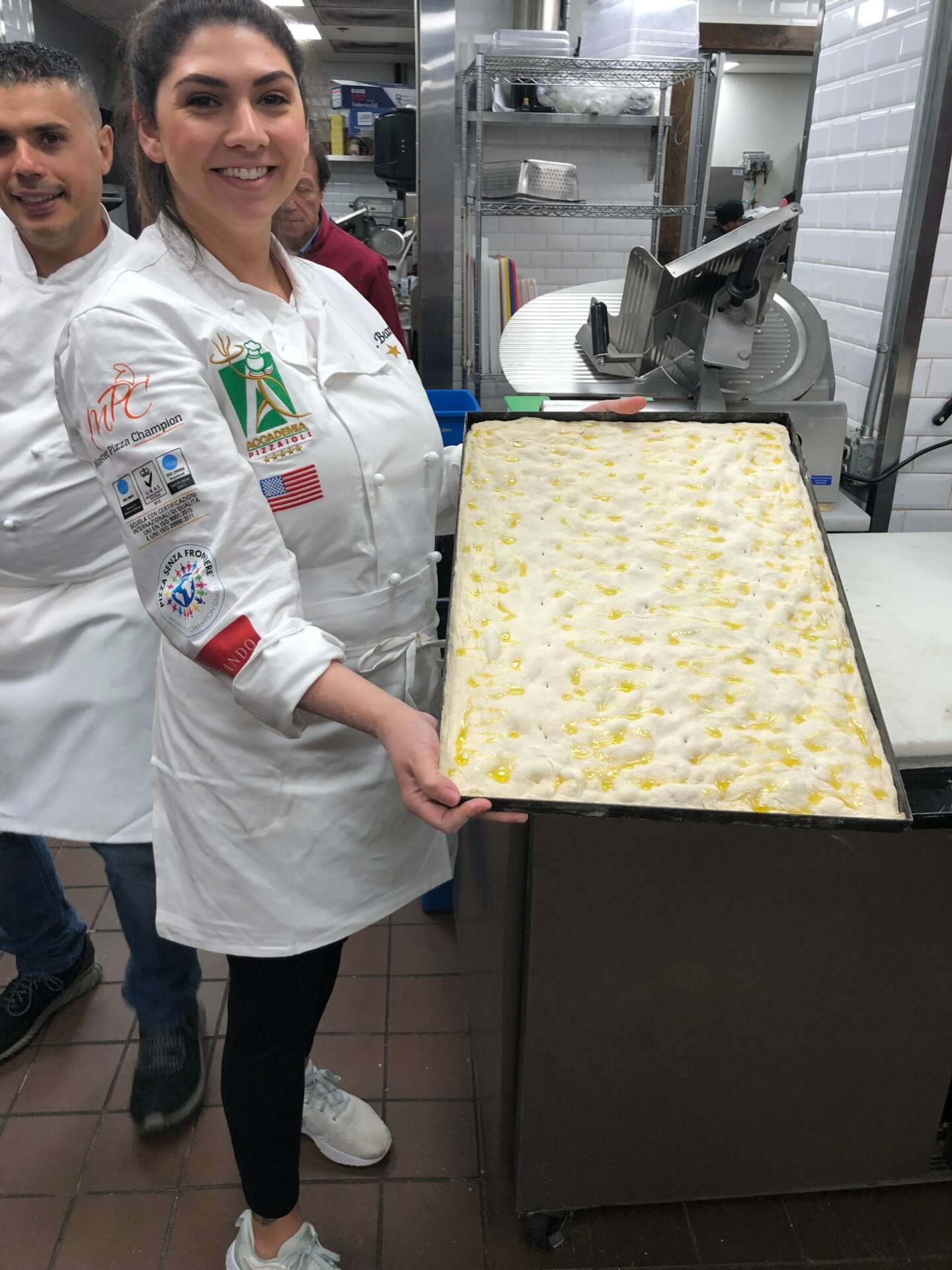 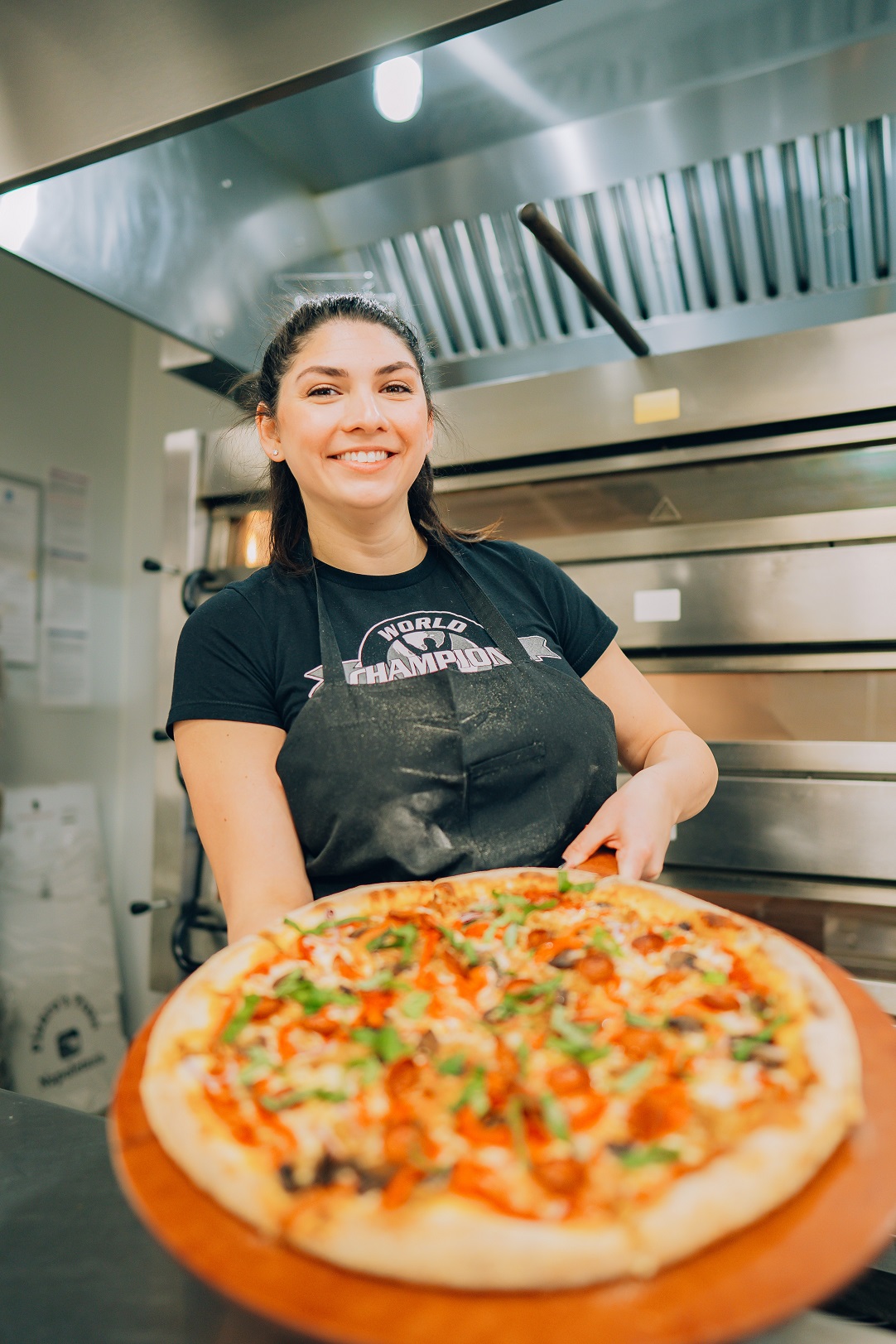 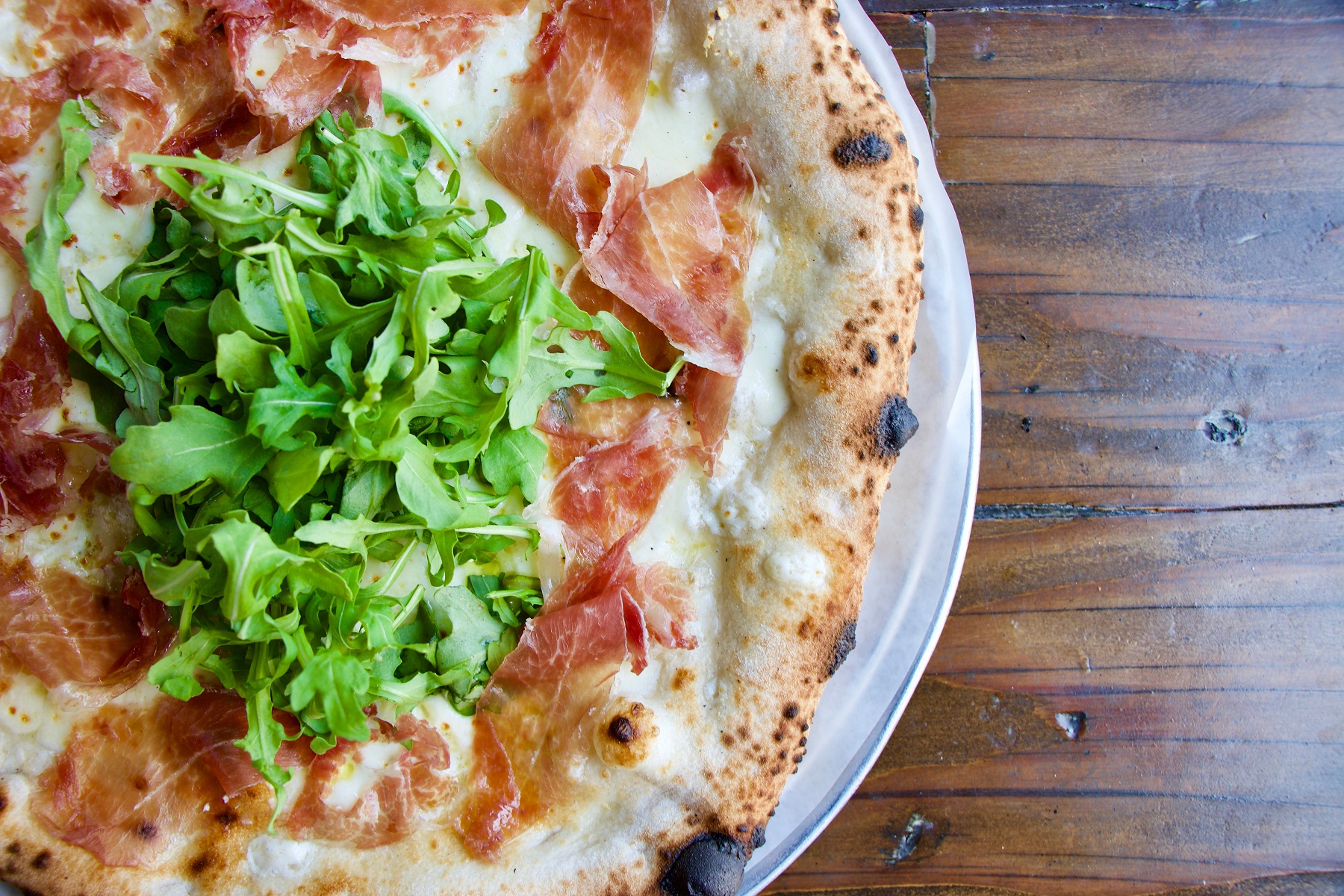 One time I had a customer order a white pizza off the menu. Two of my employees stopped by his table to ensure his meal had come out to his liking and see if he may need utensils, napkins, etc. What would seem like a normal table interaction went by and about the time he was finishing his pizza, he’d approached one of those employees that stopped by his table to let her know that he was very unsatisfied with it. A few moments later I was involved. When I had approached the able, 80% of the pizza was eaten and I asked why he was unsatisfied. “There was no sauce on my pizza.”
I shook my head yes, explained that he had ordered a white pizza from our menu, the first ingredient indicated that pretty clearly. He then began to explain that he’d looked under the cheese–no sauce, looked under the pizza–no sauce.
After asking why he didn’t mention it to my employees who stopped by to check on him he’d said he didn’t need it since he had “already choked down half of it by that point.”
Scratching my he’d in wonder, I curiously asked him if he had stopped by a steakhouse and his steak was cooked incorrectly would he send it back. He said, “it depends.” Of course, I asked on what would it depended.
The length of the story went on, but I had to stop to remind myself what would make this gentleman happy to resolve his dissatisfaction. When asked he responded, “well, nothing. I don’t want anything for free as I have already eaten BUT if you could maybe give me a free beer or something like that I think it would be fine”
Reminding myself that this man had just eaten 80% of his pizza, never saying there was anything wrong when approached and then stating he wanted nothing but asked for an alcoholic beverage as a severance package, I knew then that he must be fired.
Politely I explained that it would not be possible to oblige his request and that this would not be resolved, so I asked him to not come back to our establishment.