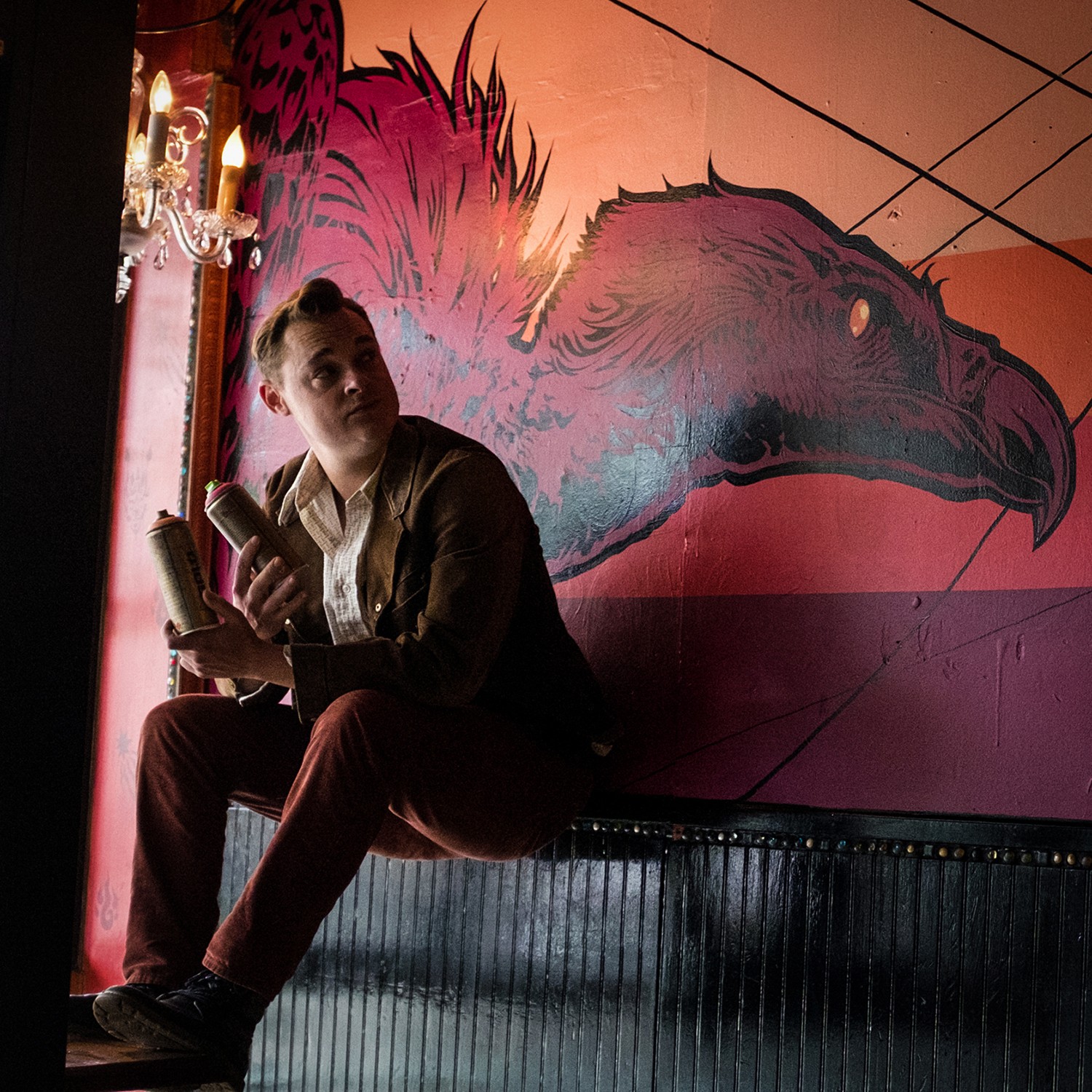 We caught up with the brilliant and insightful Nick Turbo Benson a few weeks ago and have shared our conversation below.

Nick Turbo, looking forward to hearing all of your stories today. Can you talk to us about a project that’s meant a lot to you?

When I started doing artwork for Run the Jewels, the Atlanta/New York based hip hop group, I finally felt like my career had started. Ironically, I had been working as a professional artist for nearly a decade. Attempting to make a living as a creative of any type is difficult and a common pitfall is to make yourself a chameleon that can bend to the will of whoever is offering you money. Versatility is key but it’s easy to lose one’s voice when a client thinks of you as simply a conduit between their idea and the paper. This, however was the first time a client had not only completely trusted my vision but had come to me specifically because of it. Run the Jewels was starting a world tour in 2016 and had just released their third album, RTJ3. Luis Sandoval, the Atlanta PBR rep at the time hired me to do a promotional flyer for the  EAV music festival Project Pabst, which RTJ was headlining. The band saw my work, loved how they were portrayed and brought me on board to create numerous pieces and tour posters for them over the next few years Timing is everything. My work was being noticed like never before and its opened many doors for me. Similar, though, to the music industry, one big hit or big client never guarantees the next. If you don’t keep pushing yourself as a creator you’ll just be another one hit wonder. 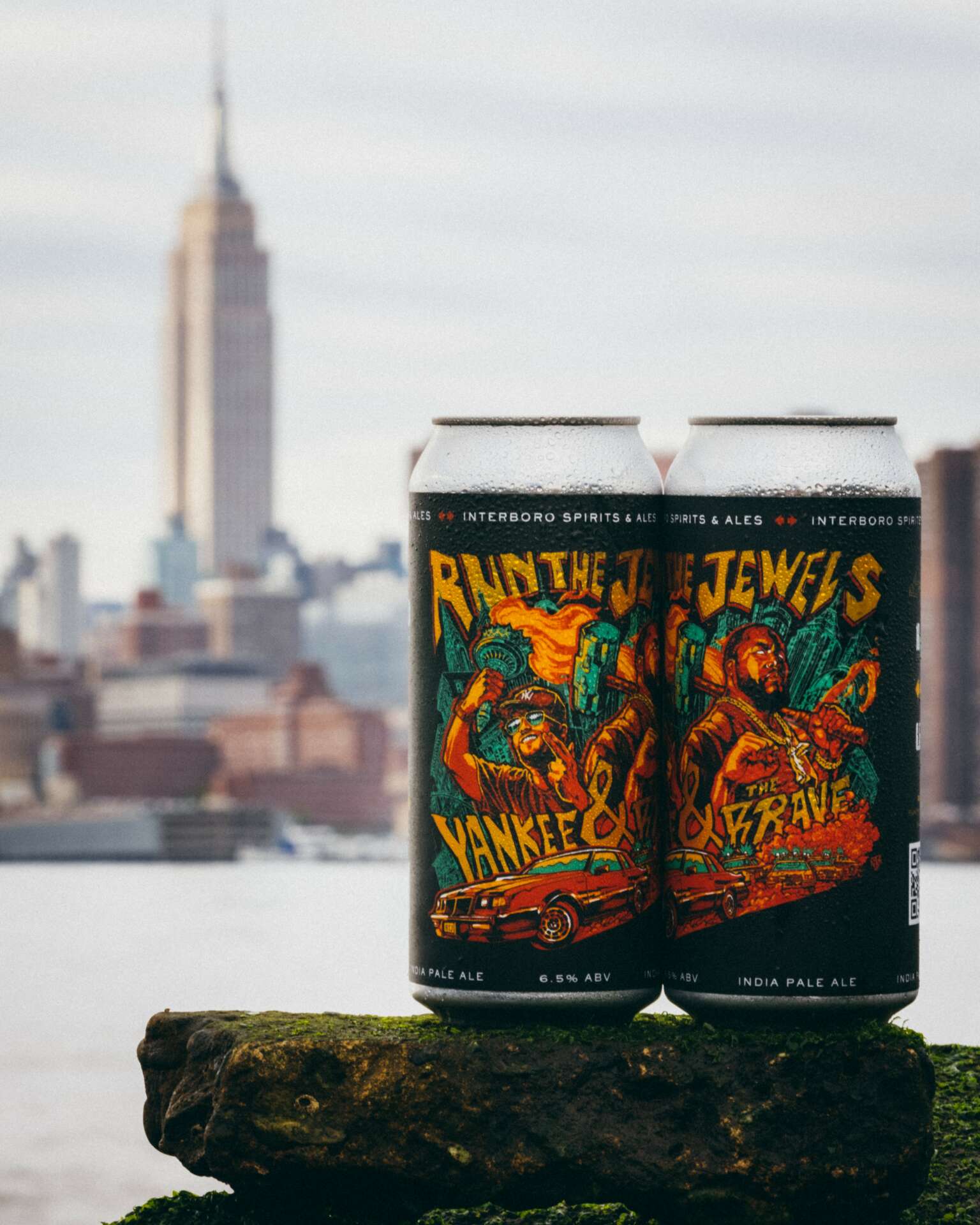 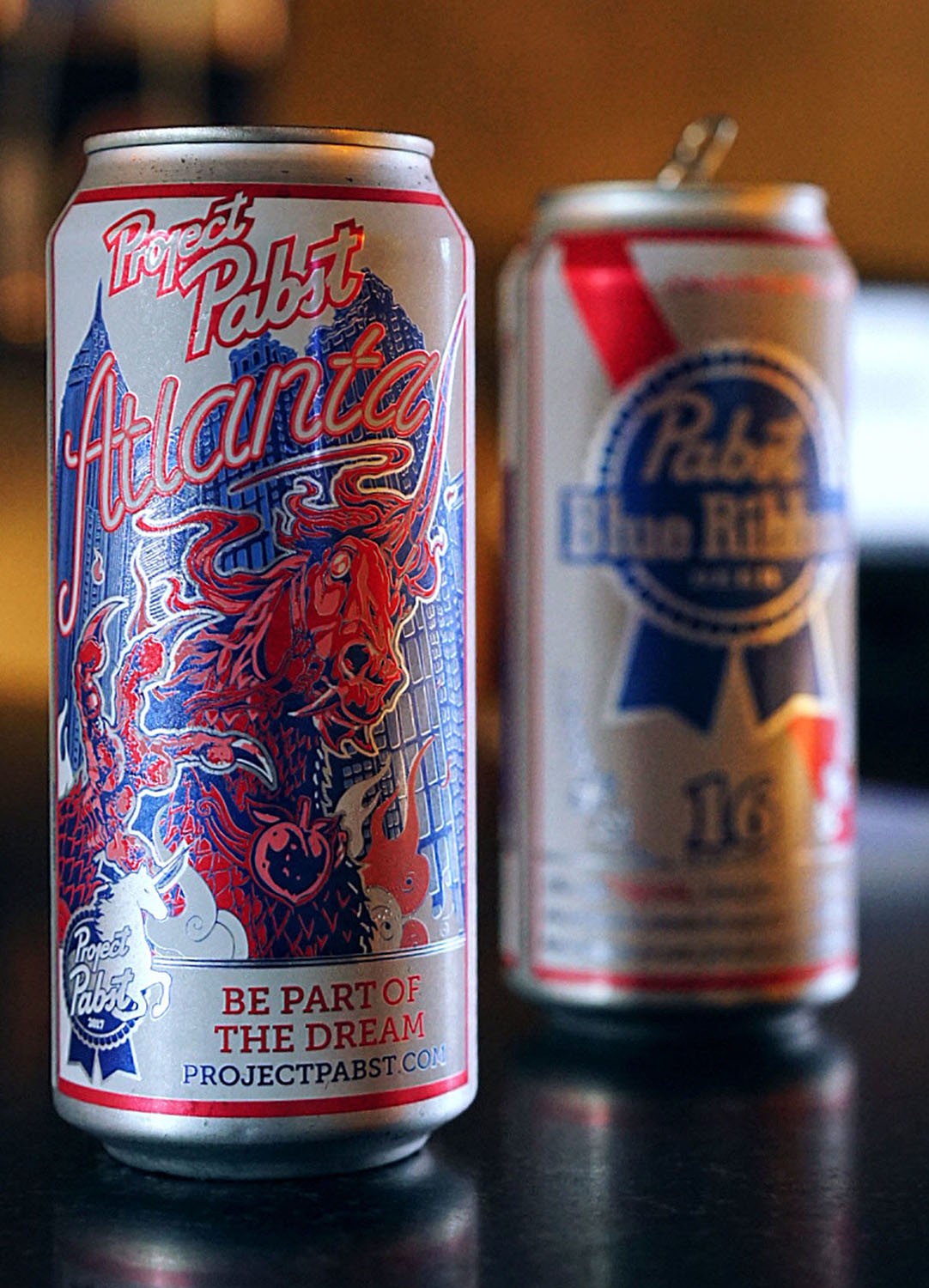 Nick Turbo, before we move on to more of these sorts of questions, can you take some time to bring our readers up to speed on you and what you do?

Mine is a classic tale: a nerdy kid born and raised in Atlanta who loved schlocky monster movies, sci fi and comic books. That kid later discovered blues music, bluegrass, country, jazz, and hip-hop. The themes, beats, lyrics, and spirit of the music I grew to love has informed my work ever since. Early on, I was driven to create images, models … visual representations … of the sounds, movies and stories that inspired me. Flash forward to present day and little has changed. My bank of tools has expanded and my range of influences has broadened since the days of scribbling Godzilla on my homework sheets, but I’m still driven to create images that allow me to share my interests with others.

No career as an artist is ever a straight shot but more of a beautiful and terrifying mountain road full of unexpected stops, scenic views and terrifying drops. You might never reach the peak, but on the climb you never forget where you began. My professional career launched after I graduated from SCAD. The first stop was a job painting murals for Mellow Mushroom, the psychedelic hippie themed pizza chain founded here in Atlanta. Traveling with a small team of artists across the southeast like a band on tour, I had the opportunity to scale my work to take up entire walls and sides of restaurants. After several years of creating crazy dining spaces, I moved on to a four-year stint at a nine to five position with a promotional product producer doing graphic design for a variety of corporate clients. While I don’t look back fondly at this time, it did give me valuable experience working in the fast-paced world of marketing as well as formatting artwork for all manner of print. All the while I’ve been immersed in the ever growing and changing Atlanta arts scene, from continually showing in a number of galleries to
participating with grass roots arts organizations such as the popular mural event in Cabbagetown, Forward Warrior.

I’ve now been working as a freelance illustrator for the past four years and am always looking for new clients to collaborate with. Having such a varied background allows me to approach problems in unique and creative ways. Like Liam Neeson once said “I have a very special set of skills,” and those skills are called upon when that ubiquitous clean corporate style of artwork just doesn’t fit the bill. Being trained in both traditional and digital mediums, I provide a wide range of services with a focus on detailed, bold and colorful images with a retro feel. My work runs the gamut from Illustration and graphic design for music promotion artwork, album art, posters, t-shirts, beer labels and billboards to large scale murals in public spaces, breweries, and apartment buildings. Most recently I have completed the cover art and illustrations for a 300 plus page book based on the popular podcast “Stuff They Don’t Want You to Know” being published under Flat Iron Books.

Like the striking covers of the comic books I grew up reading, every piece I make tells a story. Whether it’s a mural on the side of a building, a poster, a beer label, or literally the cover of a book, It should stand alone as a piece of artwork while also sparking the viewer’s own imagination, hinting at a world beyond the borders of the frame. 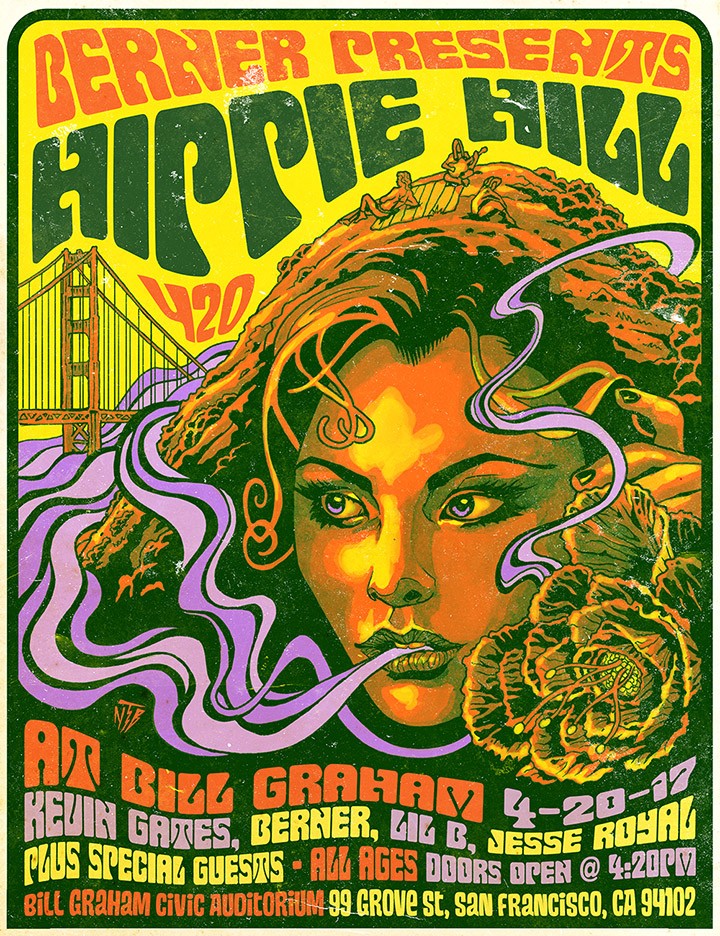 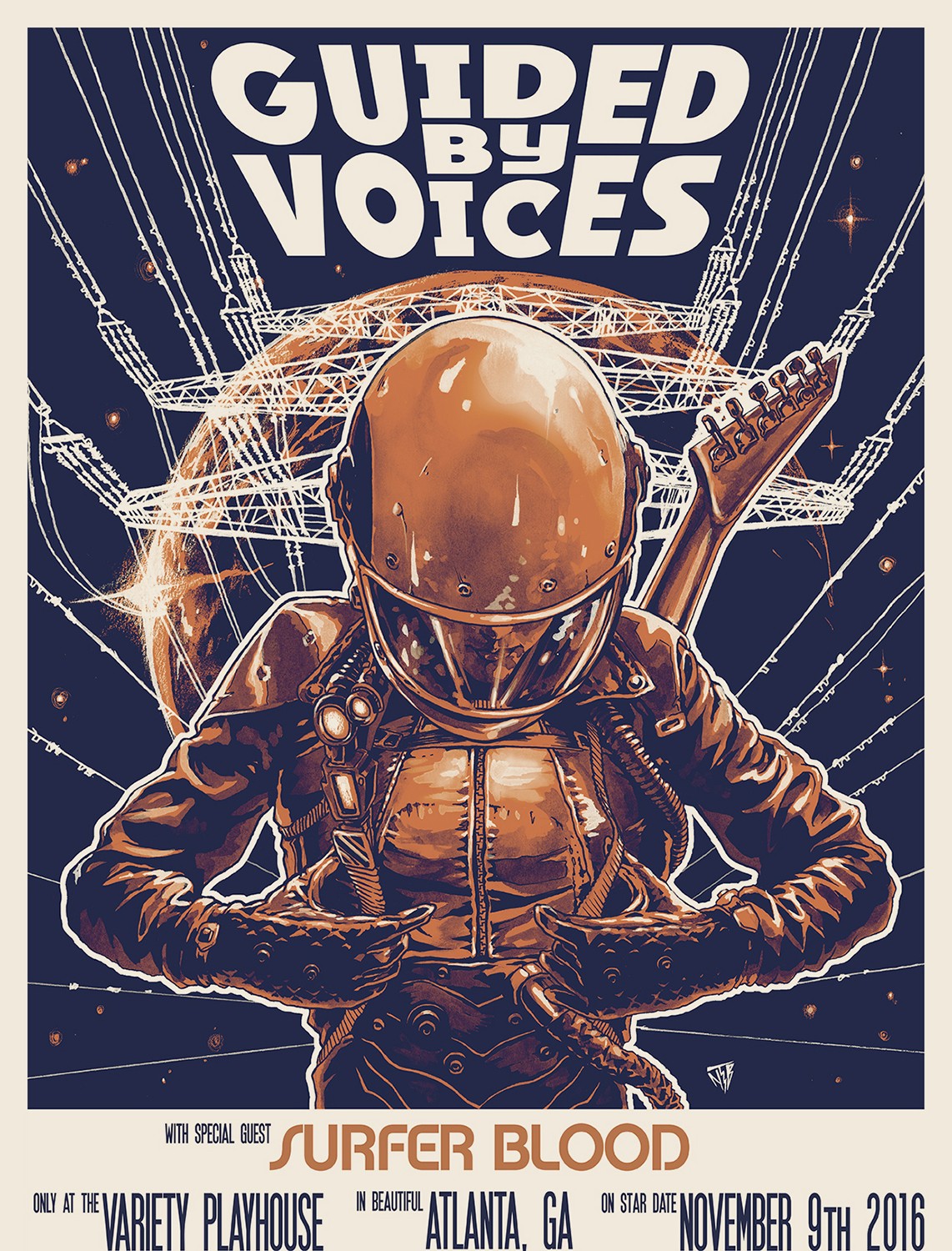 Running your own business comes with its own set of struggles, however as a creative there’s no formula for success. Art is subjective and exists in a world without absolutes. You can’t spellcheck an image or cross reference it with sources. At the end of the day the only question is “does it work?” As an artist there’s a constant struggle for reinvention. No two jobs are ever the same and phoning it in isn’t an option. A creative solution for the previous job won’t apply to the next so you have draw from your well of ideas time and again. Mental energy is finite and you have to develop your own methods of replenishing that well. Everyone finds inspiration in different places whether it’s surrounding yourself with other artwork, consuming media, or simply experiencing life; your voice as a creative is how you interpret the world through your work. When your work arises from an emotional space and is intangible by its very nature, the effort to adapt it to a rigid capitalist system can seem counterintuitive. Yet here we are. Artists have always needed to eat. 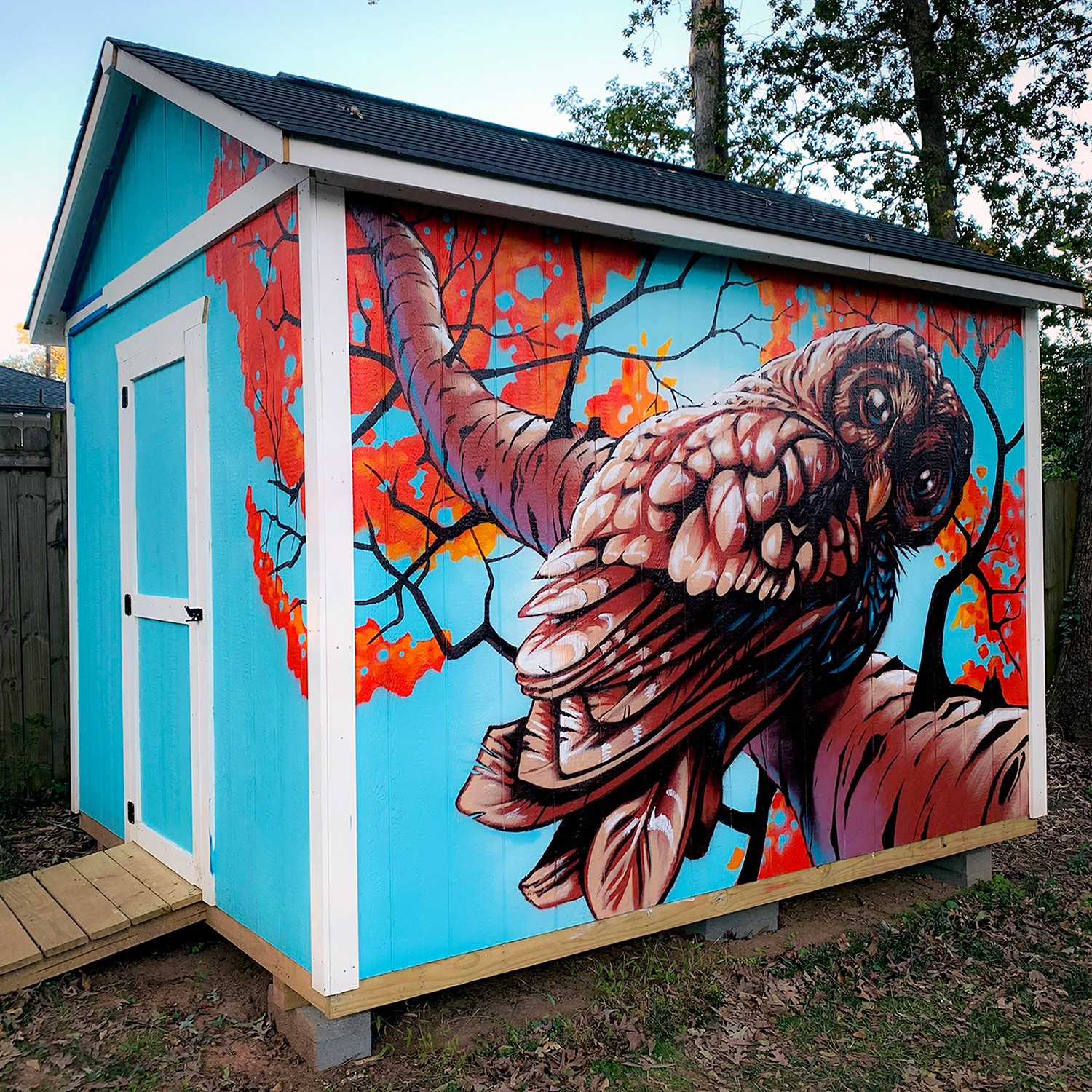 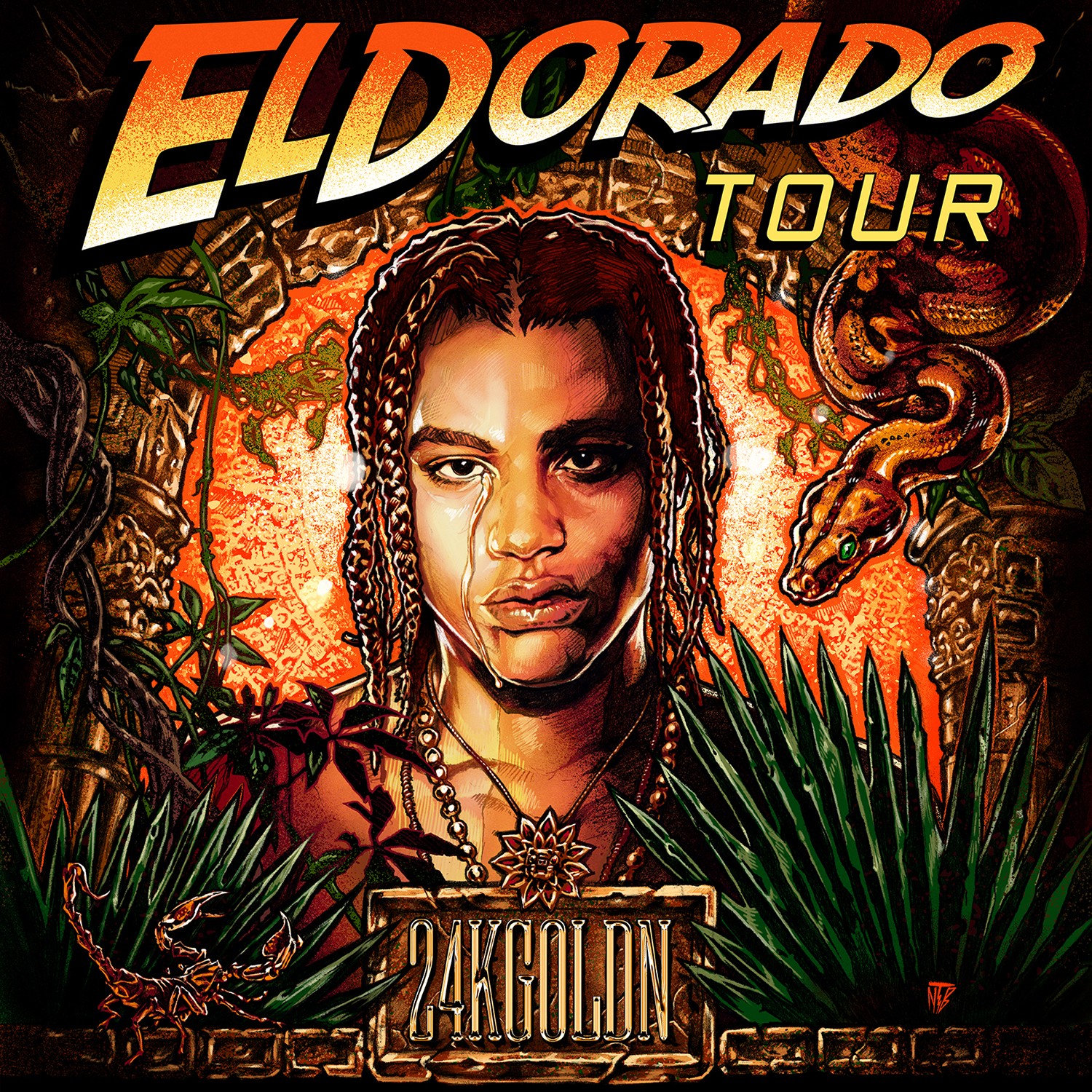 Ironically the hardest part of the job is also the most rewarding. Uncertainty can be motivating as new challenges breed new solutions. One week you might find me at my desk drawing tiny details on my Cintiq tablet, the next I could be climbing a 20 foot scaffold spay painting a brick wall. There’s never a dull moment. For example, a poster design could require conveying civil unrest and the activism inherent in Run the Jewels’ lyrics; meanwhile, I might be working on a mural that overlooks a community garden that is frequented by families and children, demanding a very different aesthetic. I love that with each project I get the opportunity to stretch different muscles, both literally and figuratively. However the most exciting part is whatever comes next. 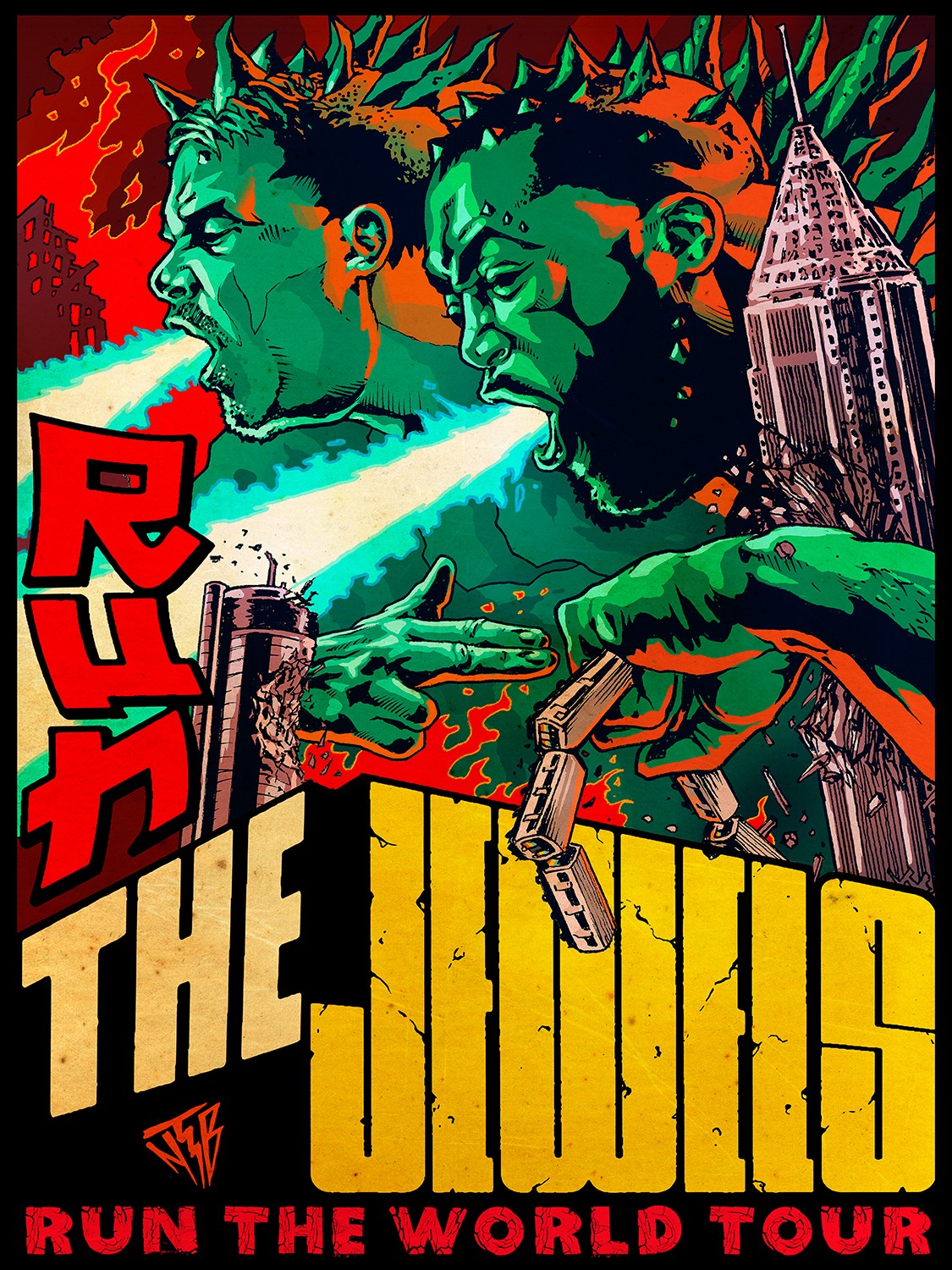 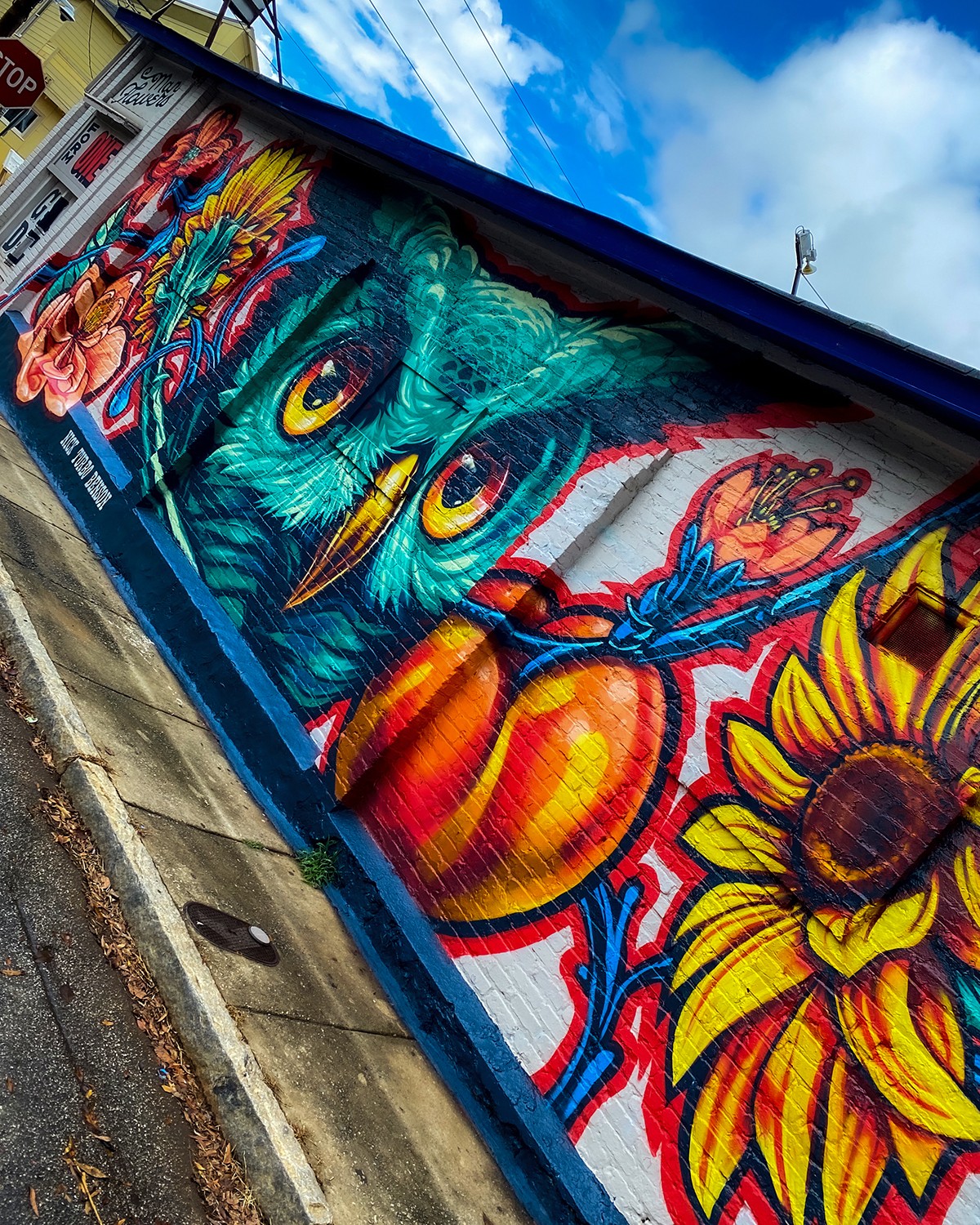