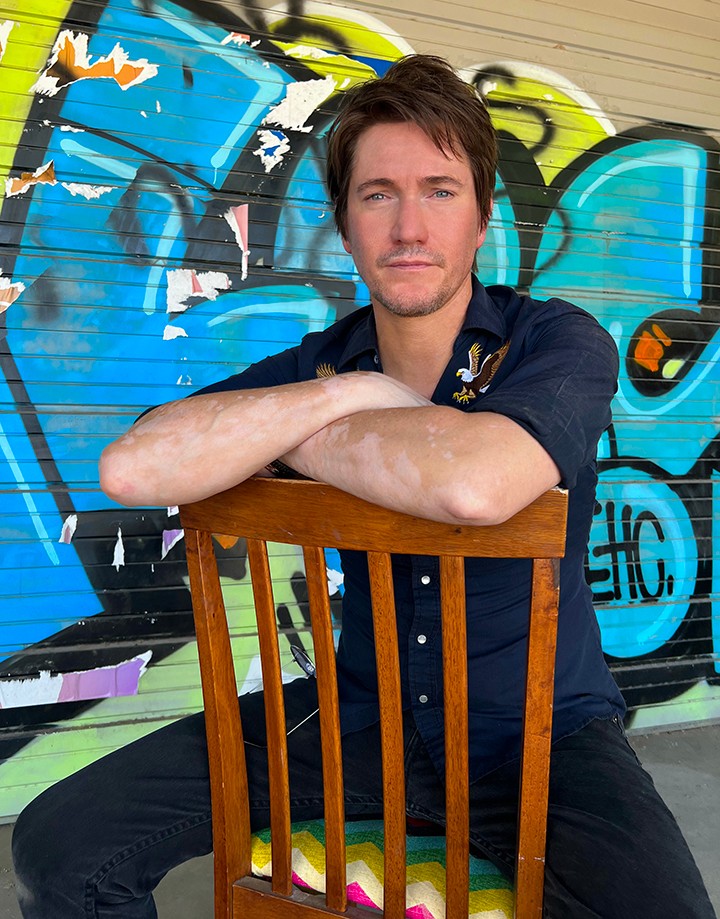 Alright – so today we’ve got the honor of introducing you to Nathan Harlan. We think you’ll enjoy our conversation, we’ve shared it below.

Nathan, thanks for taking the time to share your stories with us today Earning a full time living from one’s creative career can be incredibly difficult. Have you been able to do so and if so, can you share some of the key parts of your journey and any important advice or lessons that might help creatives who haven’t been able to yet?

I am happy to say that I am now a full-time musician, though it hasn’t always been that way. Many years ago, I had a band that was on the cusp of something big – we were touring, opening for bands like The Strokes, Red Hot Chili Peppers, and Joan Jett; playing ACL Fest, Minute Maid Park; getting songs in commercials, and putting out records – I was finally able to quit my job at the sandwich shop and pay my bills playing music. However, addiction and creative differences eventually led the band to implode, and I found myself in a very dark place. I was burning a lot of bridges around me, I was unreliable and untrustworthy, and more importantly I was losing myself. I quit performing music or pursuing anything and hit rock bottom. I struggled with heroin addiction for 4 years, working as a furniture mover, construction worker, pool cleaner, and any other odd jobs. I made a lot of mistakes. After a few overdoses, I had 2 choices: get clean or die.

After kicking heroin, I began to explore my other passion, film. I have a BS in RTF from UT Austin and began reaching out to some old friends who were in the business. I started freelancing, shooting and editing music videos, weddings, and scoring a few films. I got a flexible part time job in a kitchen to help supplement my income between the freelance work, and I started putting another band together.

When, the Pandemic hit, I livestreamed every week to generate some extra income, and when things began opening up again, I made the decision to venture out as a solo artist (the best financial decision I have made as an independent artist) and sign with local label, Mr. Pink Records. Stepping out on my own has opened up so many more opportunities to play. The gigs may not be glamorous (playing restaurants, wineries, supermarkets, and hotels), but they pay well and give me the opportunity to consistently perform and keep my chops up while making a living.

Leading a band isn’t easy and you are limited within your market to playing a club gig about once a month. When four or five people are getting paid out, you’re lucky to walk away with $20 a person, unless you have a huge draw on a great bill. Venturing out solo has allowed me to earn enough that I can pay top notch players to record and perform with me at the club gigs. If I could go back and impart any wisdom, I would tell my younger self to play music at every opportunity, no matter the gig – it beats working in a kitchen. Oh yeah, and don’t do drugs. 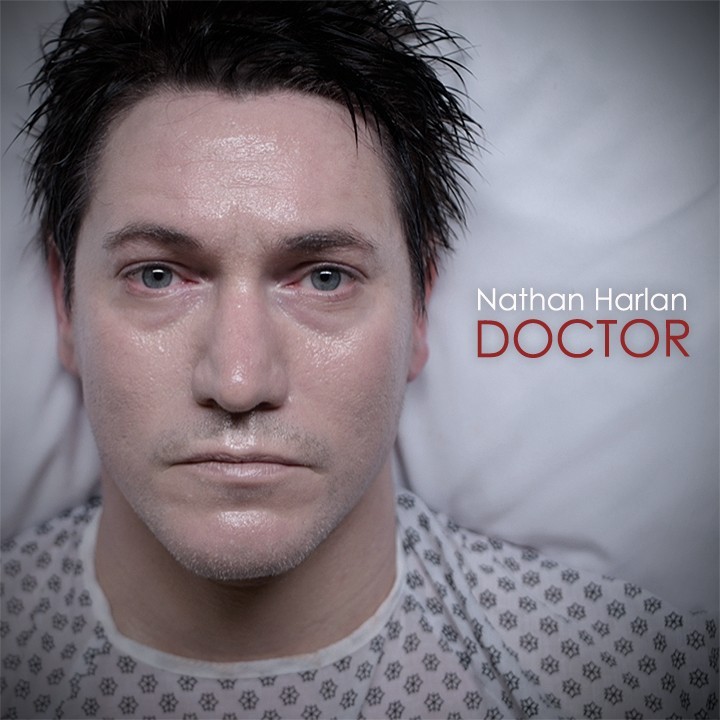 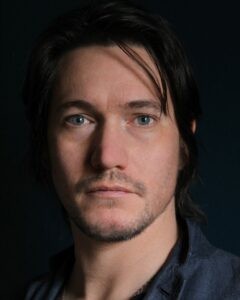 Like most people, I started off listening to the music my parents listened to. Classic Rock. Classical Music. When I reached my angsty teenage years, I was listening to all kinds of loud, guitar-driven music and I was determined to start a band. So, when I was 15, I bought my first guitar, taught myself to play, and jammed out with friends every opportunity I could get.

After High School, I moved to Austin for the live music scene and to study film at UT Austin. While working toward my degree, I would attend open mics, go out to shows and meet other musicians, and eventually put a band together. I spent every waking hour practicing and learning how to write songs. I never really thought of myself as a singer, singing is just a by-product of writing a song, but I get more compliments on my voice than anything else. I love vocal harmonies, which go back to my early years listening to The Beach Boys and The Beatles, and I was always drawn to songs that were a little darker in subject matter and tone. Lyrically, a lot of my songs initially come from a place of despair or sadness because it’s in those moments that I tend to write. However, as I work through those feelings, I usually arrive at a place where I feel I can still persevere in the face of that hopelessness – where there’s still a light at the end of the tunnel.

Living in Texas, the singer/songwriter market is saturated with Americana/blues/folk music. However, I come from a different sensibility with my indie/classic rock background, and I’ve had a quite a few people come up to me after gigs and tell me that I was a breath of fresh air. I’ve been told by some booking agencies I work with that I add a different flavor to their roster of musicians, which help set me apart.

Recently, I have been able to marry my two passions of music and film together by directing and editing my own music videos. I released my first one, Doctor, in the fall of 2021 and my second one, Money’s Tight, will be out in the next month. I am extremely proud of these videos as I have been able to use the skills I’ve learned as a filmmaker to make some visually interesting short films to help bring out the story and mood of the song. These days, it’s not enough to just be a musician – you have to be a producer/videographer/editor/graphic designer/etc.

I could have given up years ago on my musical journey, and though there were times I strayed from the path, I am happy today that I never gave up. I am still writing music, making art and film, and hustling for the next gig. I may not be headlining Madison Square Garden, but I am able to make a living doing what I love, and for me, that’s success. 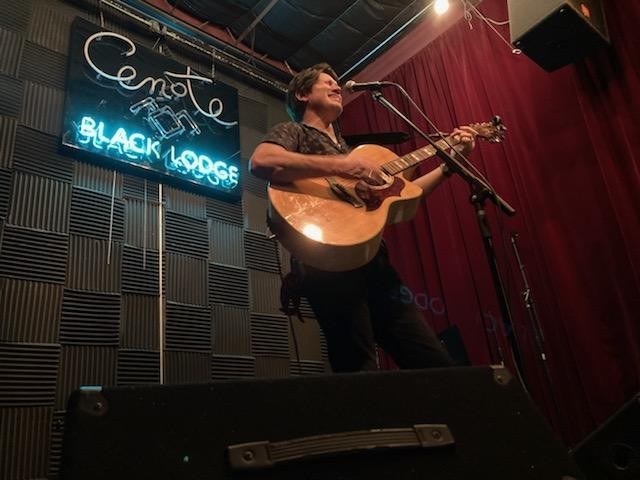 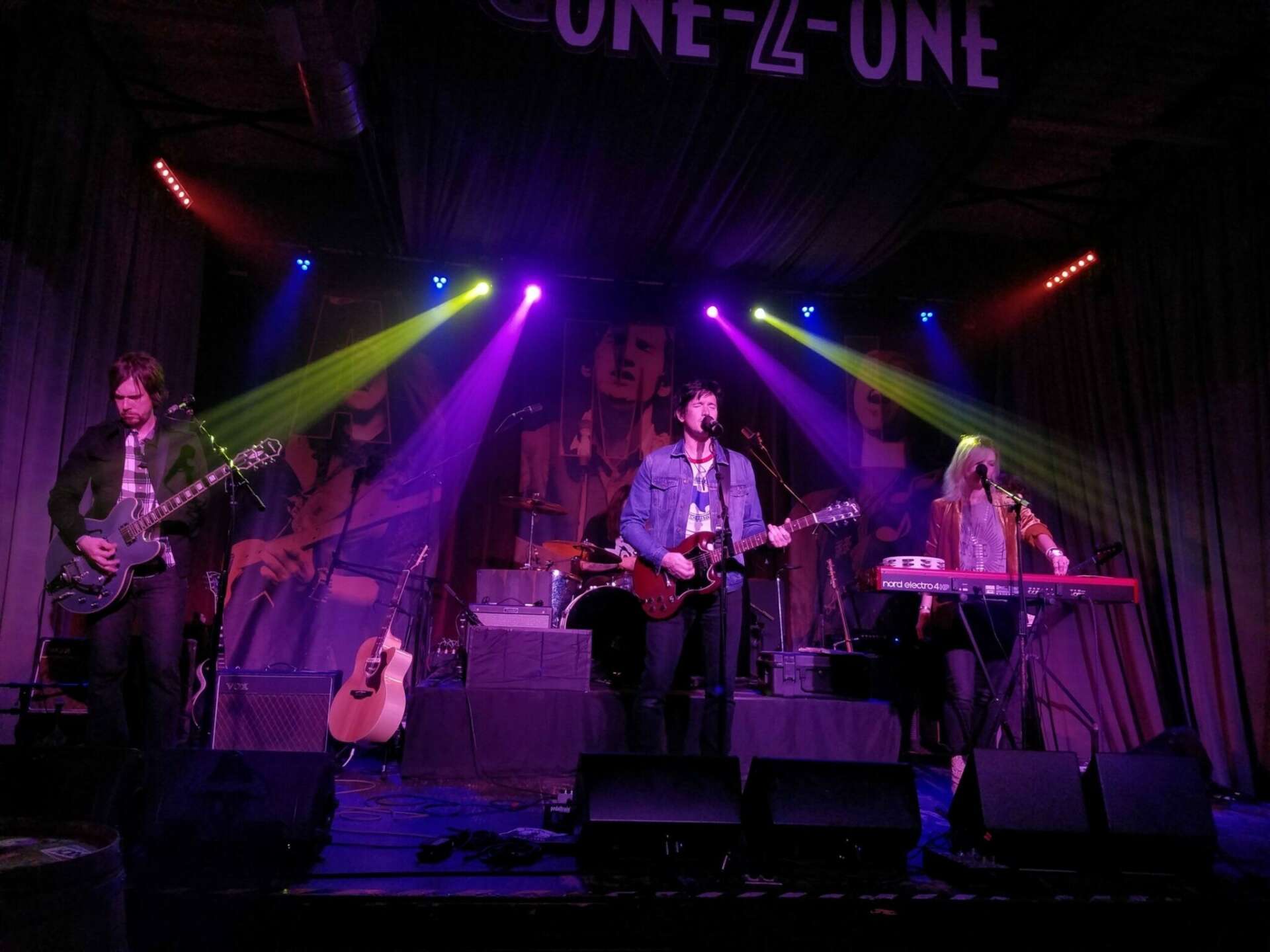 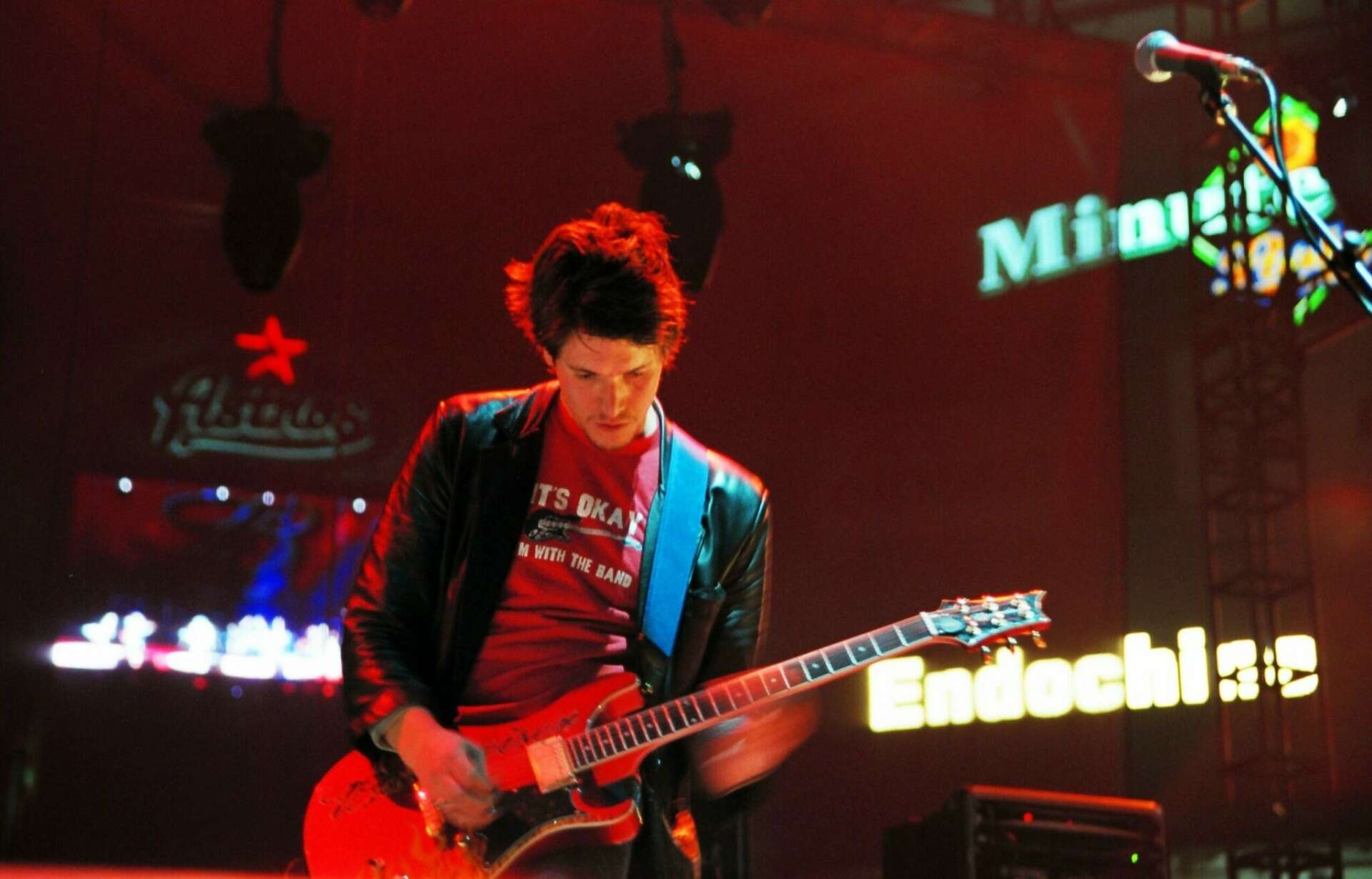 Support the art you love. Not everyone gets to make a living writing songs, or painting pictures, or making films, and there is a lot of competition. So, when you hear that rockin’ song on the radio, buy the ticket, and go see the band when they come to your town. Or better yet, go check out your local music scene and find your new favorite band right in your backyard. Support the community – buy their records, their shirts, their stickers. With music being consumed via streaming platforms that cost the listener next to nothing and pay the artists less than that, musicians rely on ticket sales from live shows and the merch sales to make a living. It’s not cheap being a musician, and the bottom line is: spend your money so they can continue to make the art that you love. It’s a win-win.

Connecting with someone through a song. It’s probably a cliché answer, but it really is the reason I do what I do. It’s about communicating ideas and emotion through a few words and a melody and hope you can create a shared empathy and understanding. That you’re not alone. One of the most rewarding experiences was a note this lady left in my tip jar. I have a song called Normal Life, and when I got home and emptied the jar, there was a folded $5 with a note that read “Just trying to live a normal life”, the refrain I sing at the end. She was actually listening to the music, listening to the words, and wanted me to know that she connected, that she understood. That was worth more than all the money in the tip jar. I don’t remember what I made that night in tips, but I’ll never forget that letter.