We recently connected with Molly Breen and have shared our conversation below.

Molly, appreciate you joining us today. We’d love to hear about a project that you’ve worked on that’s meant a lot to you.

Much of my work as an actor and/or producer involves the development and production of original theatre productions, many of which tell stories that have not been given a voice in the past (or an equitable voice today). Unfortunately, American theatre and film are rooted in misogyny and racism, and the resultant gate-keeping has caused us to miss great talent on stages and screens (as well as behind the scenes). As an actor, I have worked with many Black theatre companies/filmmakers; thus, I feel like no matter whether the genre is a historical play or family drama or a comedy or horror, or a coming-of-age story, getting to be a part of telling these stories is, in itself, inherently meaningful. However, the most personally meaningful project to me was the recent Tennessee Playwrights Studio production of That Woman – The Dance Show – which was comprised of stories of woman involved with President John F. Kennedy – explored through dance. For me, this show was a chance to co-create a new theatrical work and to experience different roles in its creation – producer, director, co-choreographer, writer, and dancer. I was also happy to be able to give other dance artists/choreographers/friends the opportunity to create their own work and/or portray characters within this larger piece. (In addition, I co-produced, co-wrote and acted in the production that ran in tandem with this show – That Woman – The Monologue Show, which told these same women’s stories through original monologues.) The historical figures who were depicted in one or both productions were: Mimi Alford, Priscilla Wear, Tempest Storm, Blaze Starr, Marlene Dietrich, Marilyn Monroe, Jacqueline Kennedy, Inga Arvad, Jill Cowan, Mary Pinchot Meyer, Ellen Rometsch, and Judith Exner, and each of these women had a part of shaping history as we know it. Although only a handful of women in general may actually serve as a First Lady, or become a film icon, all women have felt loss, betrayal, joy, and a range of sexual experiences along spectrums of desire and fulfillment to abuse and assault, and I think audience members could relate to something in each of these stories. The co-creators and dancers did a tremendous job – it was exactly what I had hoped it would be – and the audience reactions as well as critic’s reviews for both productions were extremely enthusiastic (as demonstrated in the quotes below):

“What astonishes (but given the talent level doesn’t surprise) is ‘That Woman: The Dance Show’ was seamlessly woven together in terms of the choreography and performances. There was no ‘dip’ in either quality or energy throughout the 100-minute, two-act piece. It was moving, entertaining, thrilling, stunning and beautiful to watch.” — Evans Donnell, stagecritic.com.

“The performances delivered by the actors who breathe life into the women are stunning. No matter how well you think you know each of the actors personally or from previous onstage performances, you will be staggered by their bold and brash performances, the authenticity and honesty each woman brings to the stage will leave you breathless and hoping for more.”  Jef Ellis, BroadwayWorld Nashville. Review of That Woman – The Monologue Show

I think these shows embodied the type of work that I strive to create as a theatre artist, and working alongside co-creators whom I love personally and whose talent I admire, made this experience all the more meaningful to me. 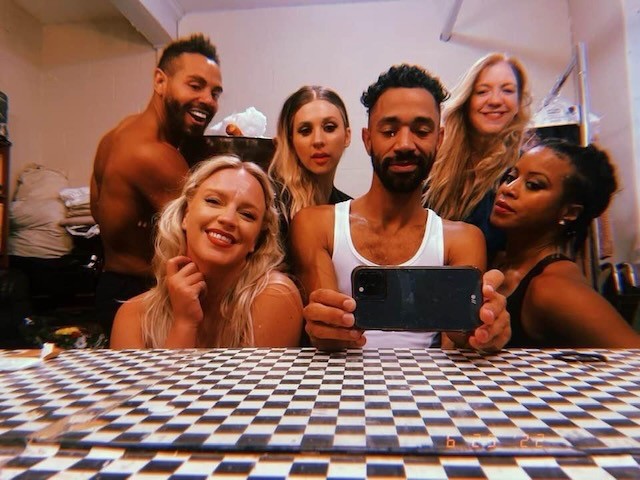 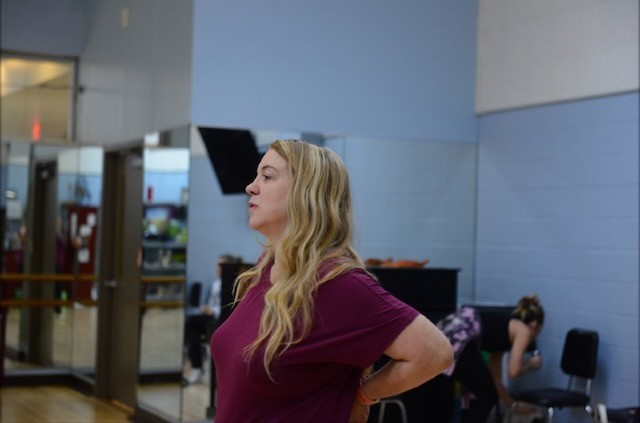 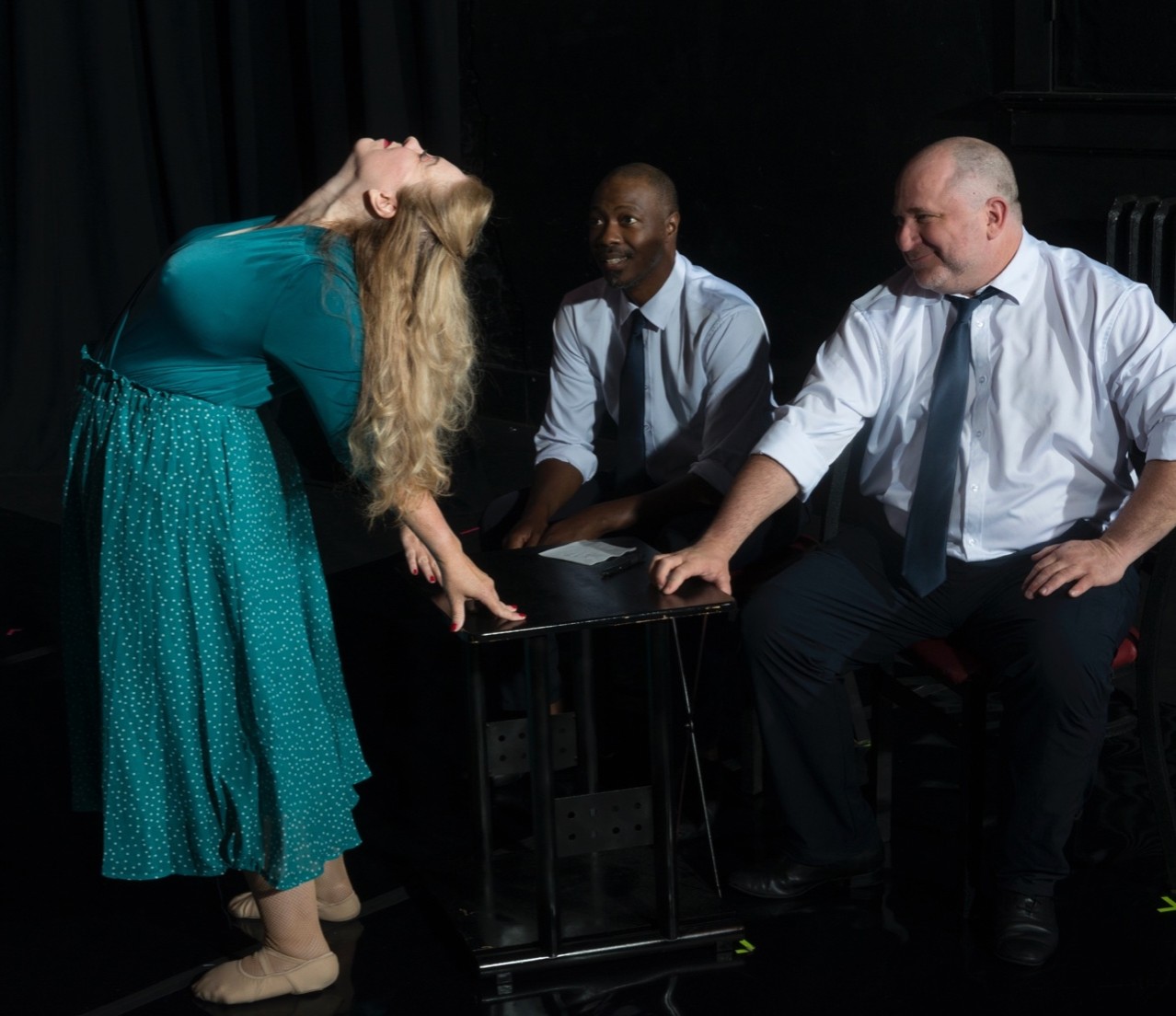 I am primarily an actor, but also have been a producer, writer, director, dancer and choreographer. My partner, Kenley Smith, and I co-founded and co-direct Tennessee Playwrights Studio, a theatre company and playwright development lab. We provide development opportunities for Tennessee playwrights through our fellowship program and produce new theatrical works that are challenging, thought-provoking, and reflect a changing world. Our 2022 season of theatre includes four world premiere productions: the aforementioned That Woman – The Monologue Show (co-produced with Angela Gimlin) and That Woman – The Dance Show; Don’t Look Black – A Moral Story by Preston Crowder; and The Sins of the City by Shawn Whitsell (co-produced with Destiny Theatre Experience), We are a resident company of The Darkhorse Theater in Nashville. As an actor, I have worked with many Nashville theatre companies in over 40 productions here in Nashville, as well as in Nashville-based productions that have toured in New York, DC, Atlanta, Los Angeles, and more. I am represented by the McCray Agency for film, TV, and commercial work. I have also volunteered as a neurotypical actor with Tandem Troupe, an acting troupe for adults with disabilities at Friends Life Community, which is among my favorite acting projects.

My goals are to be involved in interesting and/or meaningful creative projects and to help others with their creative pursuits along the way. 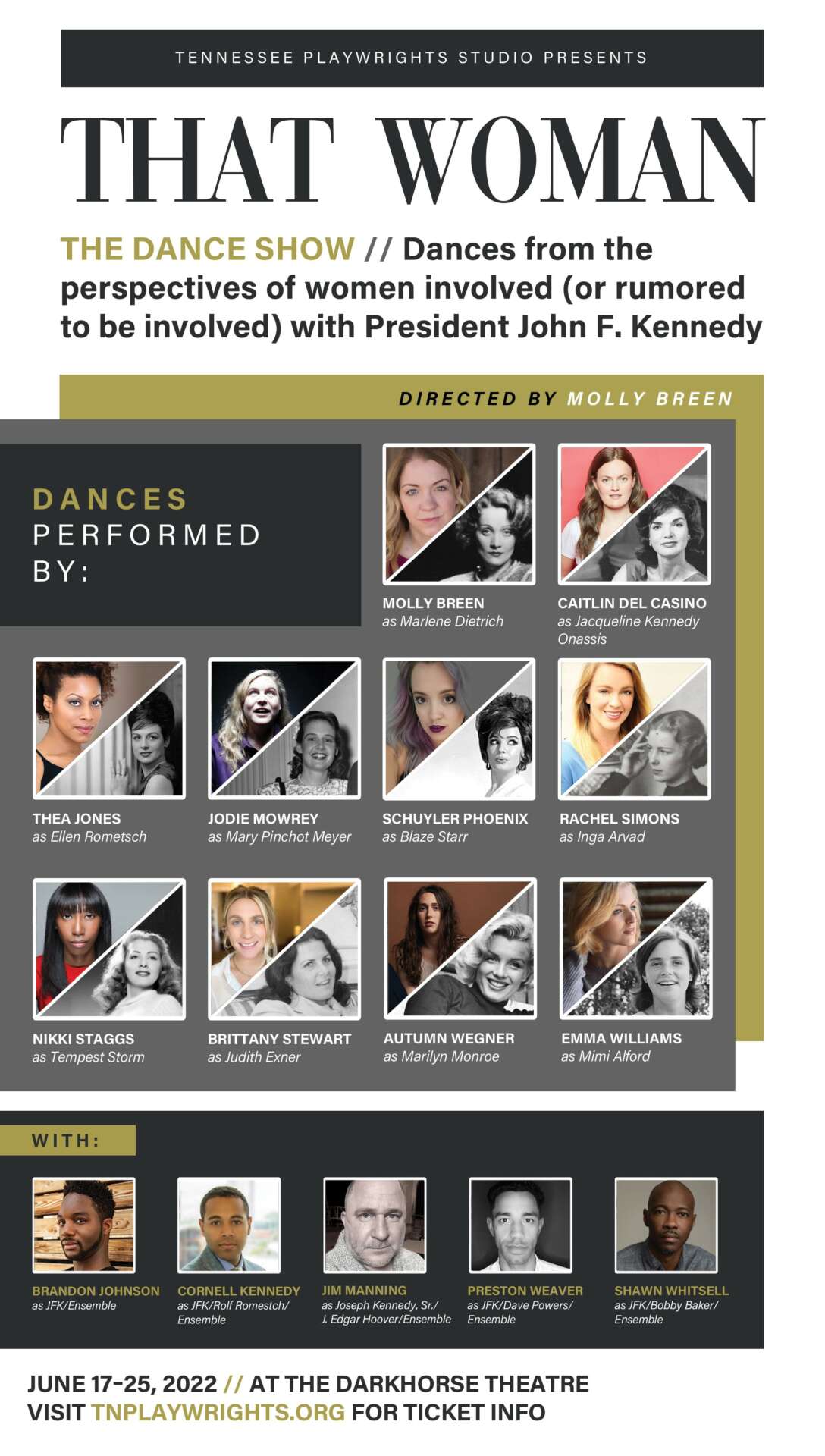 For me, it is being a part of telling stories – be it via acting, dancing, writing, creating, directing, producing, choreographing, reading, evaluating, editing, casting workshops/readings, sitting in an audience – whatever it is I’m doing on a given project. And equally important to me is enjoying the human connections inherent in theatre or film projects – connections with fellow cast/crew members, with other theatre/film artists, with directors, with my co-founder/co-director of Tennessee Playwrights Studio (and in life), Kenley Smith, with my agent, with an audience, or in simply finding the humanity in the characters of a given text. Plus, there’s the fact that a life in theatre/film is NEVER boring. There are always stories – so many memories, so many times when I couldn’t stop laughing, so many wonderful people I’ve worked with – and, of course, some not-so-fun aspects as well — but these, too, prove to be interesting and provide opportunities to grow…