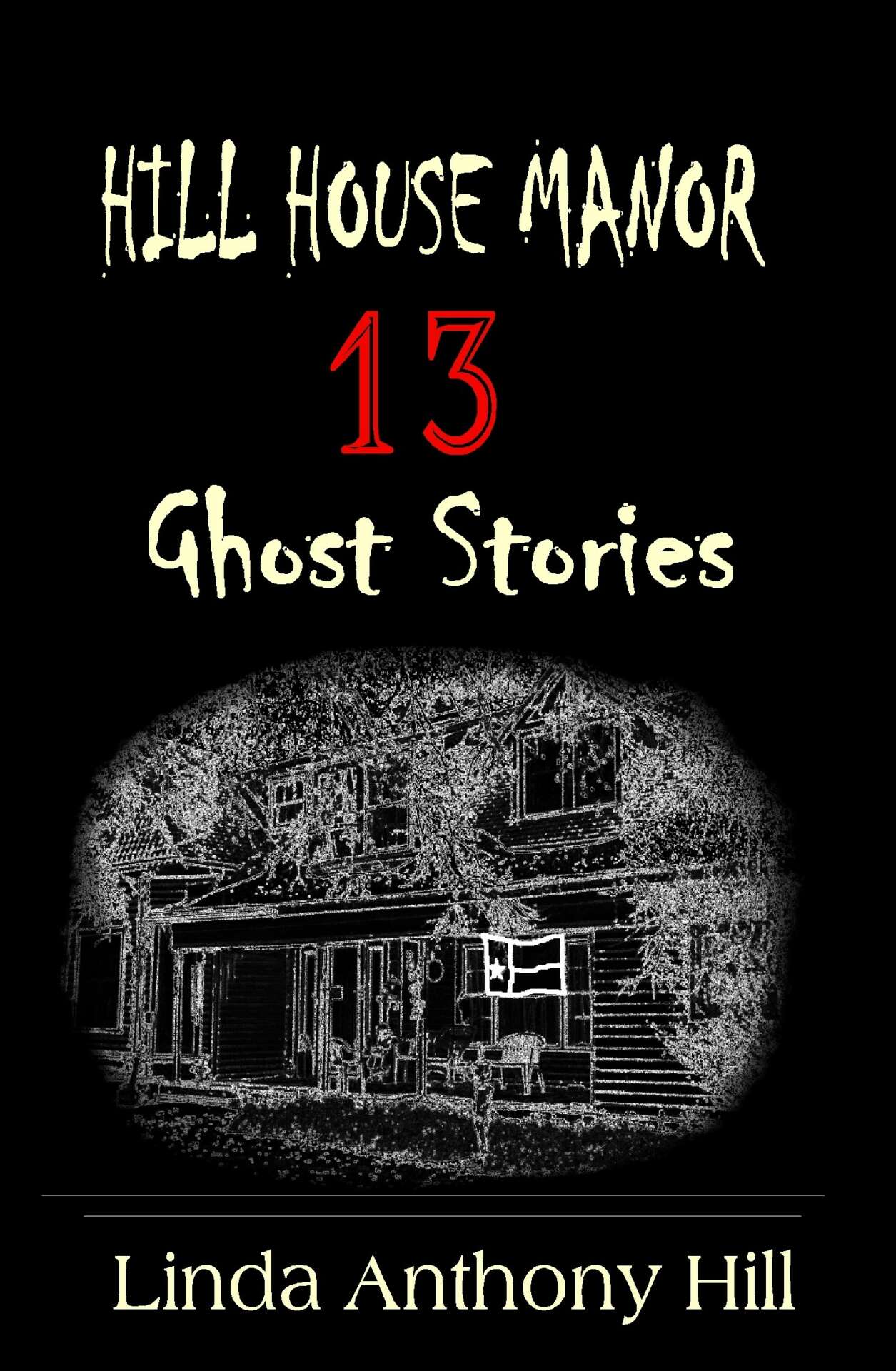 We recently connected with Linda Anthony Hill and have shared our conversation below.

Linda Anthony, thanks for taking the time to share your stories with us today We’d love to go back in time and hear the story of how you came up with the name of your brand?

It all goes back to the haunted house. We wanted to name the house after the original owners. The house is over 150 years old, so finding out who was the original owner was not easy. We dug into the record books at the county courthouse to no avail.

We had a friend who works in Austin and he volunteered to do a little digging there. He found the house on old street maps but the name of the road had changed. He couldn’t follow it back to the original owner/builder. We were on a deadline to pick a name and get a web address, so I looked at my team and said, “You know what? Someone else may have built it, but we own it now and our name is Hill. We’ll call it Hill House Manor.”

That was in 2007. It’s been Hill House Manor ever since. In 2018 we (My husband Del and I) decided to start a publishing company and the obvious choice seemed to be to call it Hill House Publishing. I had already had several books published. My original publisher was BRW, Black Rose Writing, here in Texas. With my second novel in the Madame Celeste series, The Spider House, I realized I wanted to handle the publishing. Del agreed and Hill House Publishing was born.

Hill House Manor, by the way, inspired my first book, which was a collection of comments and stories from overnight guests at the Manor. If you know what to look for, you’ll find Hill House Manor’s touch in most of my books including the Children’s Chapter book series, Branden’s Ghosts, which currently includes four books targetted for 8 to 12-year-old boys and girls who enjoy ghost stories

Anyway… That’s how we came up with the names for both the haunted house and the publishing house. 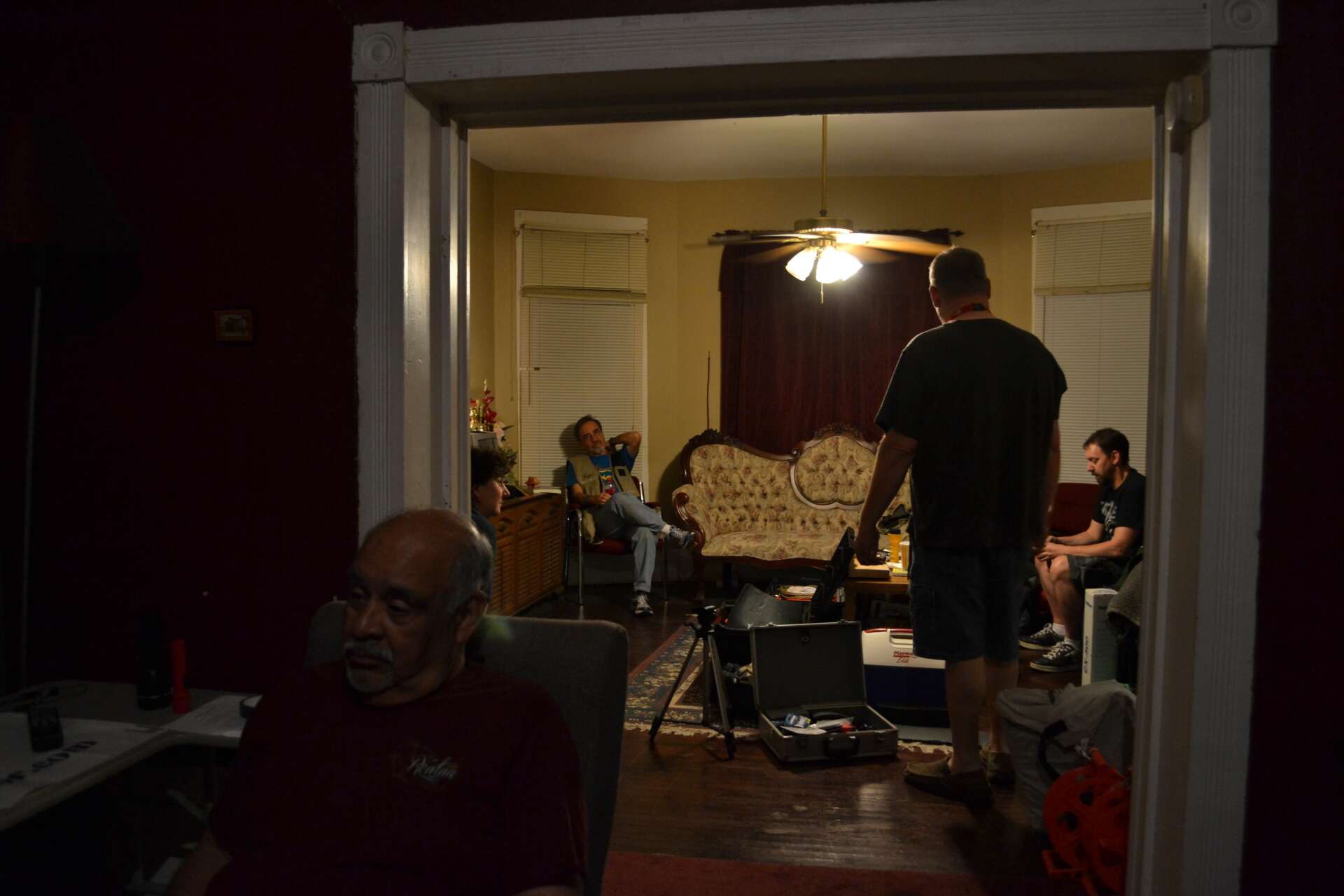 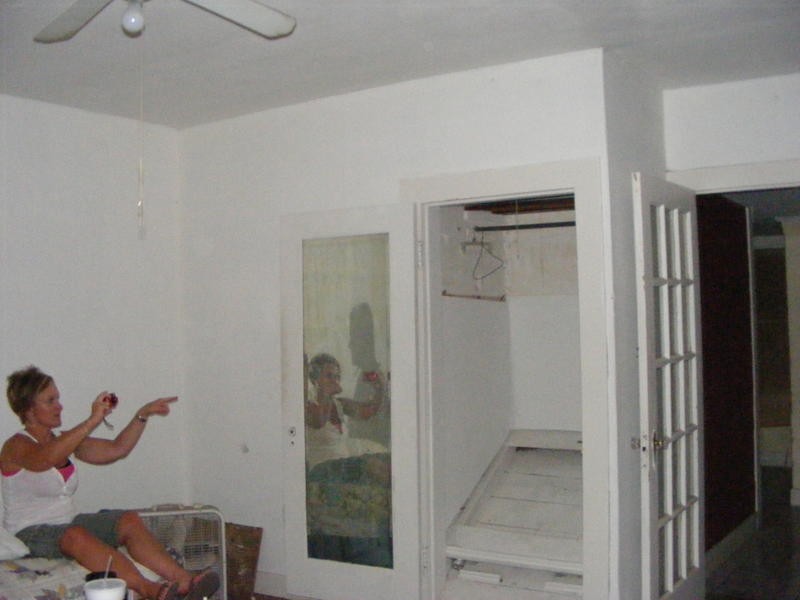 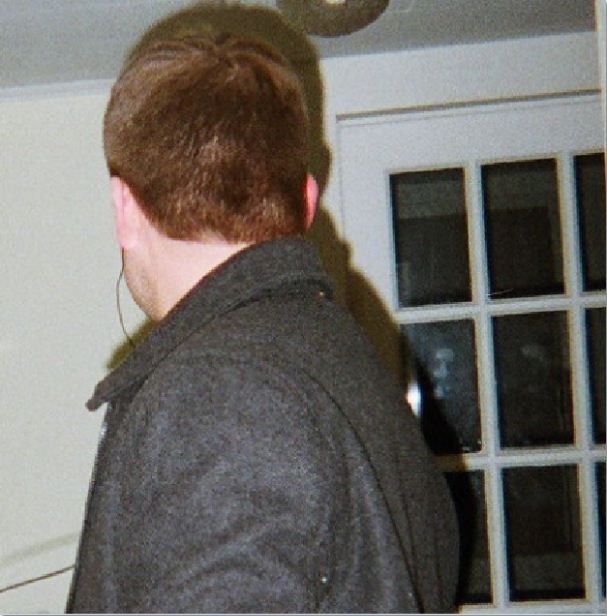 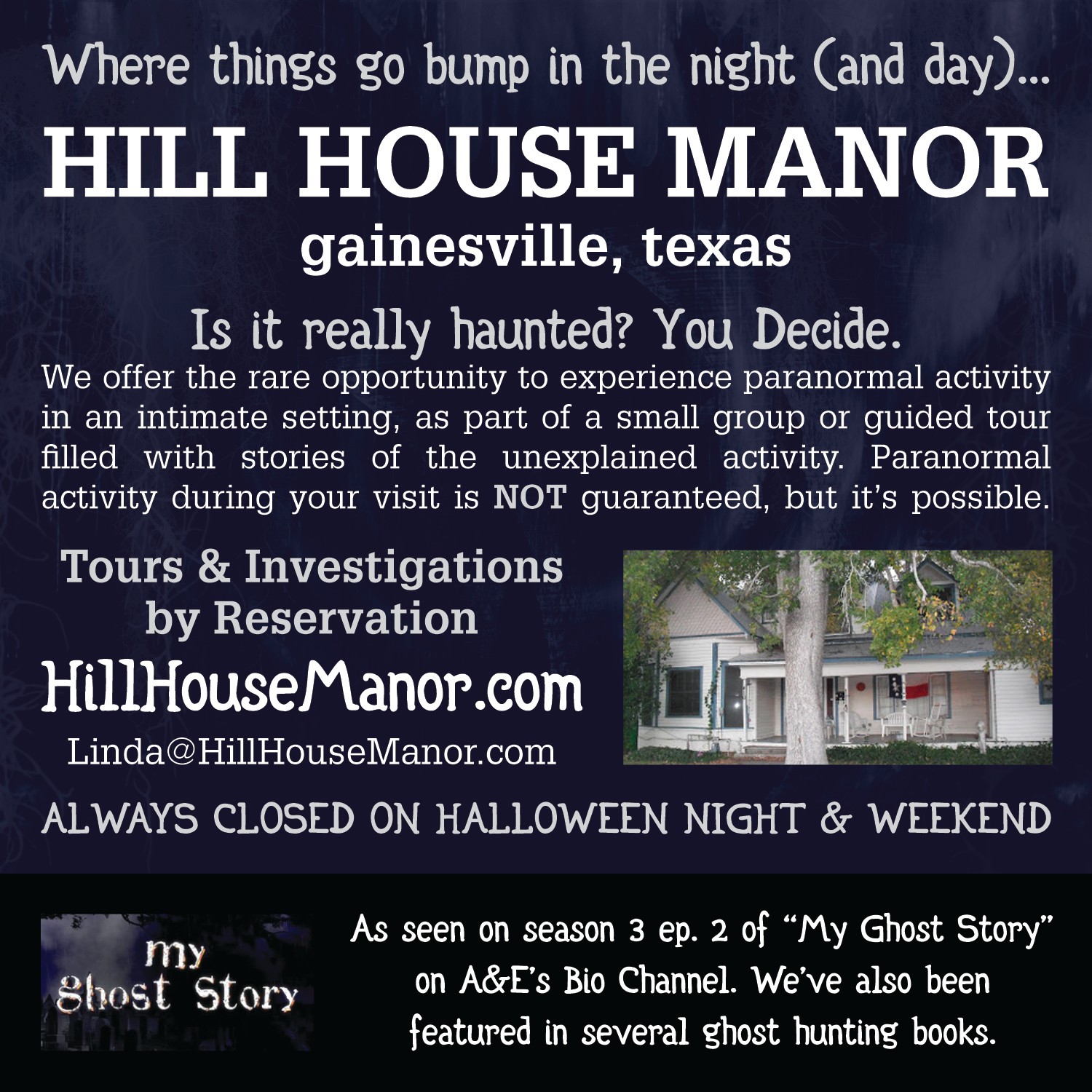 Linda Anthony, love having you share your insights with us. Before we ask you more questions, maybe you can take a moment to introduce yourself to our readers who might have missed our earlier conversations?

Linda Anthony Hill provides overnight investigations in the world renowned haunted house known as Hill House Manor in Gainesville, Texas. People travel from all over the continent to explore the house in the hopes of getting a picture of a spirit or an EVP which stands for Electronic Voice Phenomenon, a voice recording. They come to experience the Paranormal first hand. To hear a disembodied voice or to see a spirit or to be touched by one.

Hill House Manor was built in the mid 1800’s. Probably in the 1850’s. The exact build date is unknown. The house boasts multiple spirits and no one story that makes it haunted. People in the area have always just “known” it was haunted. Linda and her husband, Del, bought the house in 2004 not realizing it had a reputation. At the time it was a triplex and part of a bundle of homes in a small neighborhood in the downtown area or Historic Gainesville, Texas. It was 2 years before they realized there was a problem with this particular house.

They were told it was haunted, not by the many tenants that came and left over those two years, but by a local resident viewing another house in the neighborhood. Linda didn’t believe it was actually haunted at first. But as she and her husband started using the house as a “home base” when in town, they began to have unexplainable incidents occur to them. Their daughter found out about it and told some friends in college in Denton and the house’s new life began. A group asked to investigate and they told their friends and word spread. The house is now available year round for investigations and haunted parties, documentaries, spooky films and more.

The house helped launch a new career for Linda. She started writing ghost stories and mystery novels about some of the stories surrounding Hill House Manor. Most of her books and stories are fiction, but they are, none the less, inspired by this beloved, old, unassuming, 3,000+ sq. ft. house.

Linda has also written a series of Children’s Chapter Books called Branden’s Ghosts. There are currently four books in the series about… a young boy who thinks his house has a ghost and must do an investigation to find out.

Linda retired from the dental industry in 2015. She had been the founder and CEO of Porcelain Dental Studio (PDS) in Lewisville Texas, serving dentists around the metroplex and the country for 35 years.

When we first opened our house to strangers there weren’t many venues doing that. And we knew nothing about running any kind of venue. I had been raised in Daytona Beach, Fla and so had been exposed to tourists and entertainment, but I’d never managed a venue. And the only haunted venues I knew of were in St Augustine or they were Halloween houses. It was NOT the same.

There were B&Bs where you could rent a room for the night, but renting a whole house? There was nothing to model after. How much should we charge? (More than we first thought.) How long should we let them stay? (That one worked itself out over time.) Should there be any ground rules? (Yes!)

I wish there had been resources, a roadmap, a mentor. If there was, I didn’t know about it.

When it comes to writing and publishing, that’s another story. I’d like to have known how to use Word before I started. I can format a book by myself now, but when I started? I couldn’t format a paragraph. It was brutal. I didn’t know enough to hire that part out. I didn’t know I could hire editors and illustrators. I didn’t know all the resources that were available if I’d only known where to look. And I’m still learning. I’d love to find an agent. 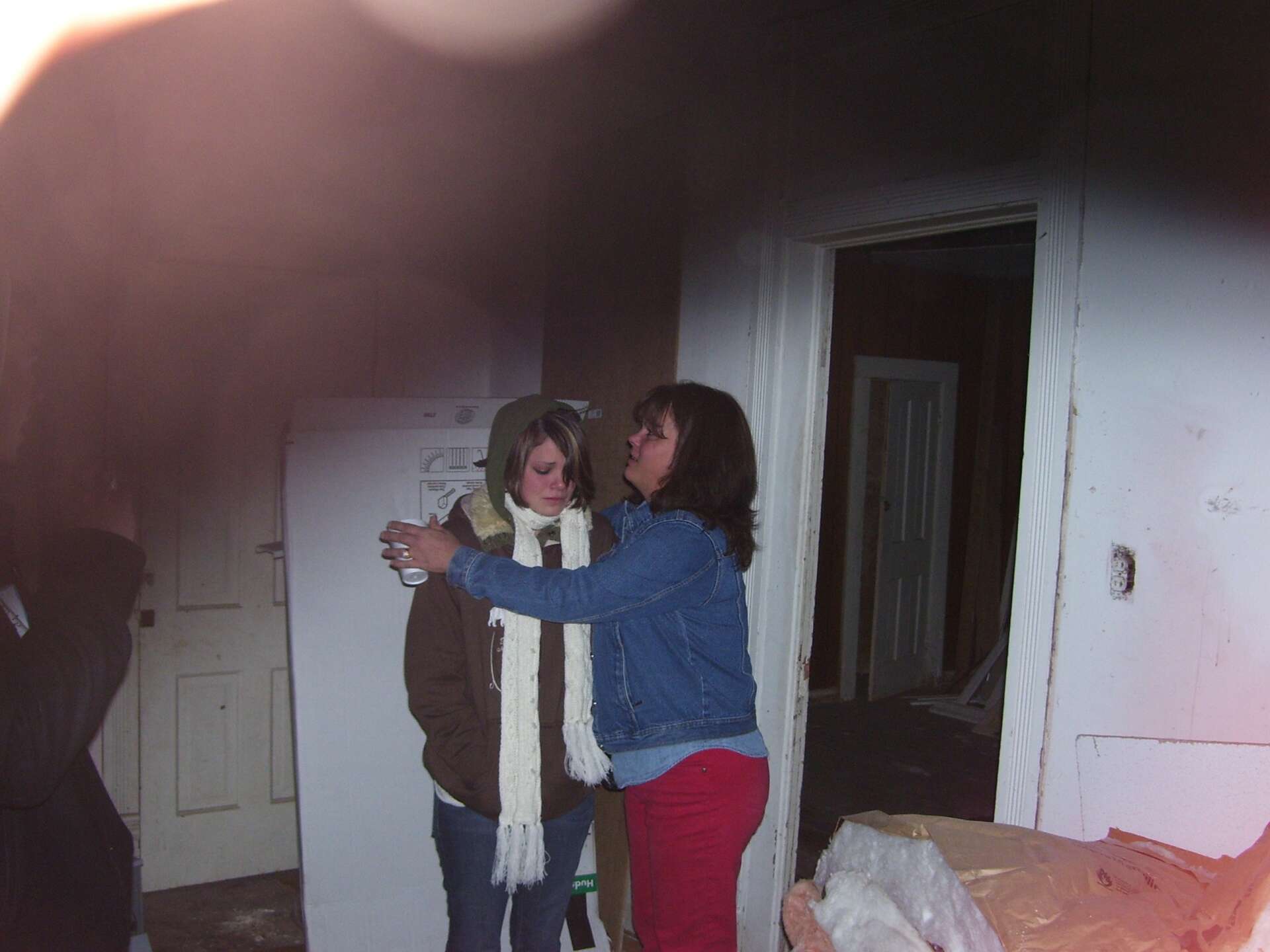 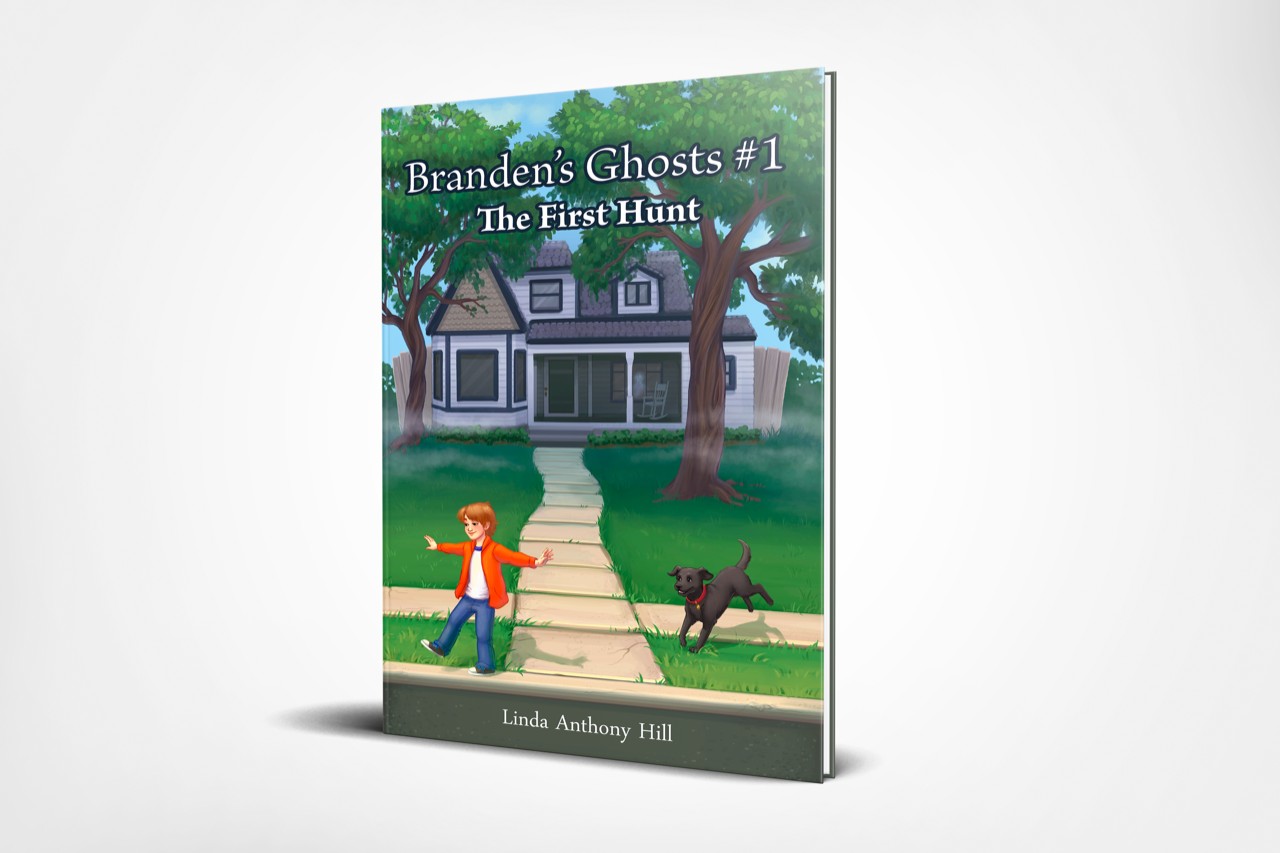 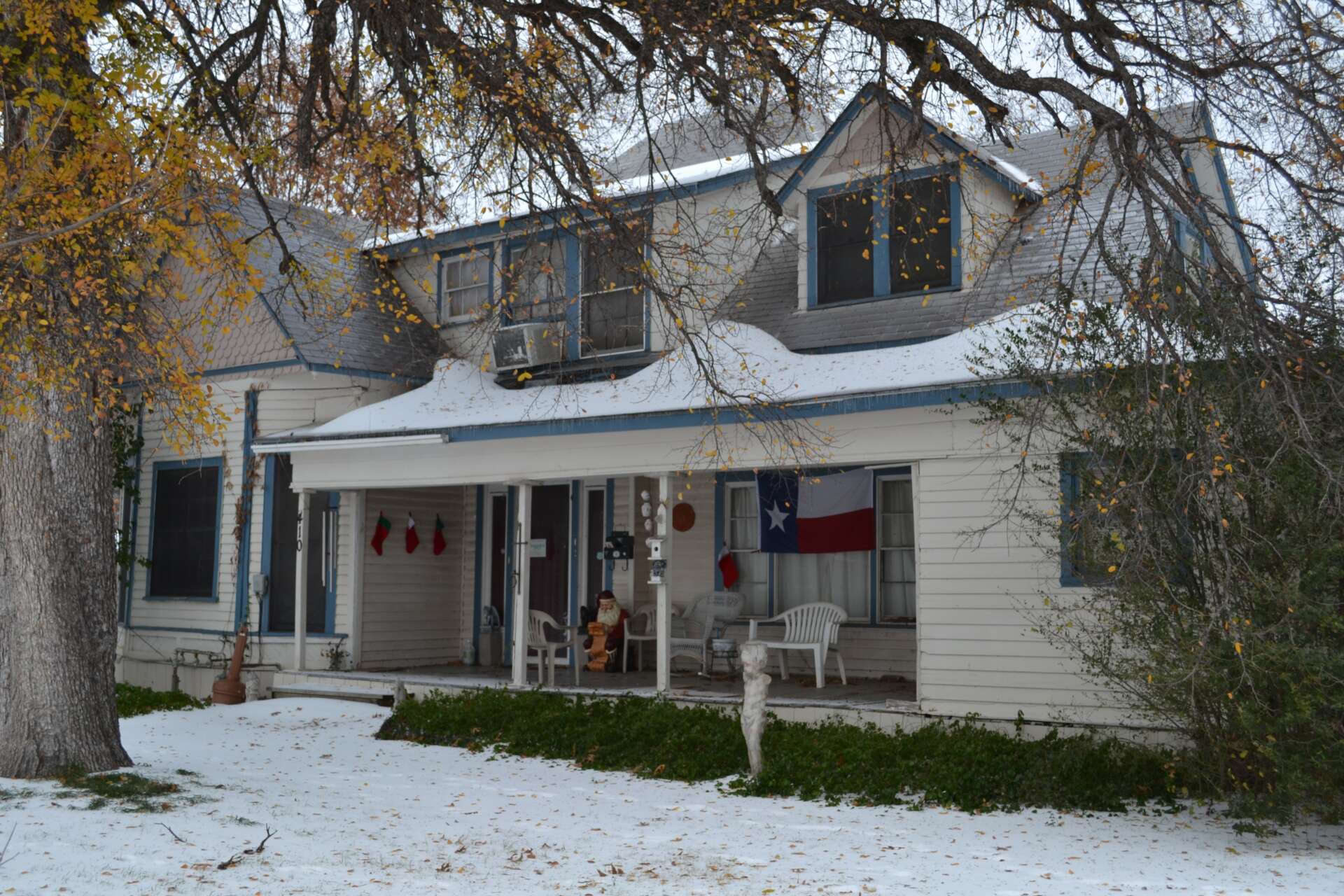 I learned early on that I was dealing with college students, who in my day anyway, had no money, and relatively poor people. I had to unlearn that. It took a year or two to realize they had plenty of money for expensive equipment, so they could afford to at least cover our light bill and other expenses. When we started I charged $10. per person. Then I had a group show up with only 4 people. They had reserved for 10. which was still a great deal. But $40.? to drive all the way up there and let them use the house all night? That was the last time we didn’t have a minimum per night.

I also learned to collect a deposit. The last straw was the night I drove from Hickory Creek (my home) to Gainesville to let a group in to the house to investigate. They neither showed nor called. I waited for over an hour only to drive home which was over an hour. That was the last time I reserved it without a deposit.

Now, we have a lock box and you can reserve through PayPal or Zelle and you can elect to have a tour or not. The hours are completely flexible and we have teams and parties that return again and again. We actually know what we’re doing. It’s still affordable (less than a hotel room for the whole house.)

Now if we’re talking about Linda the author… I had to unlearn 40+ years of double spacing after every sentence. LOL That took less time than I thought it would.