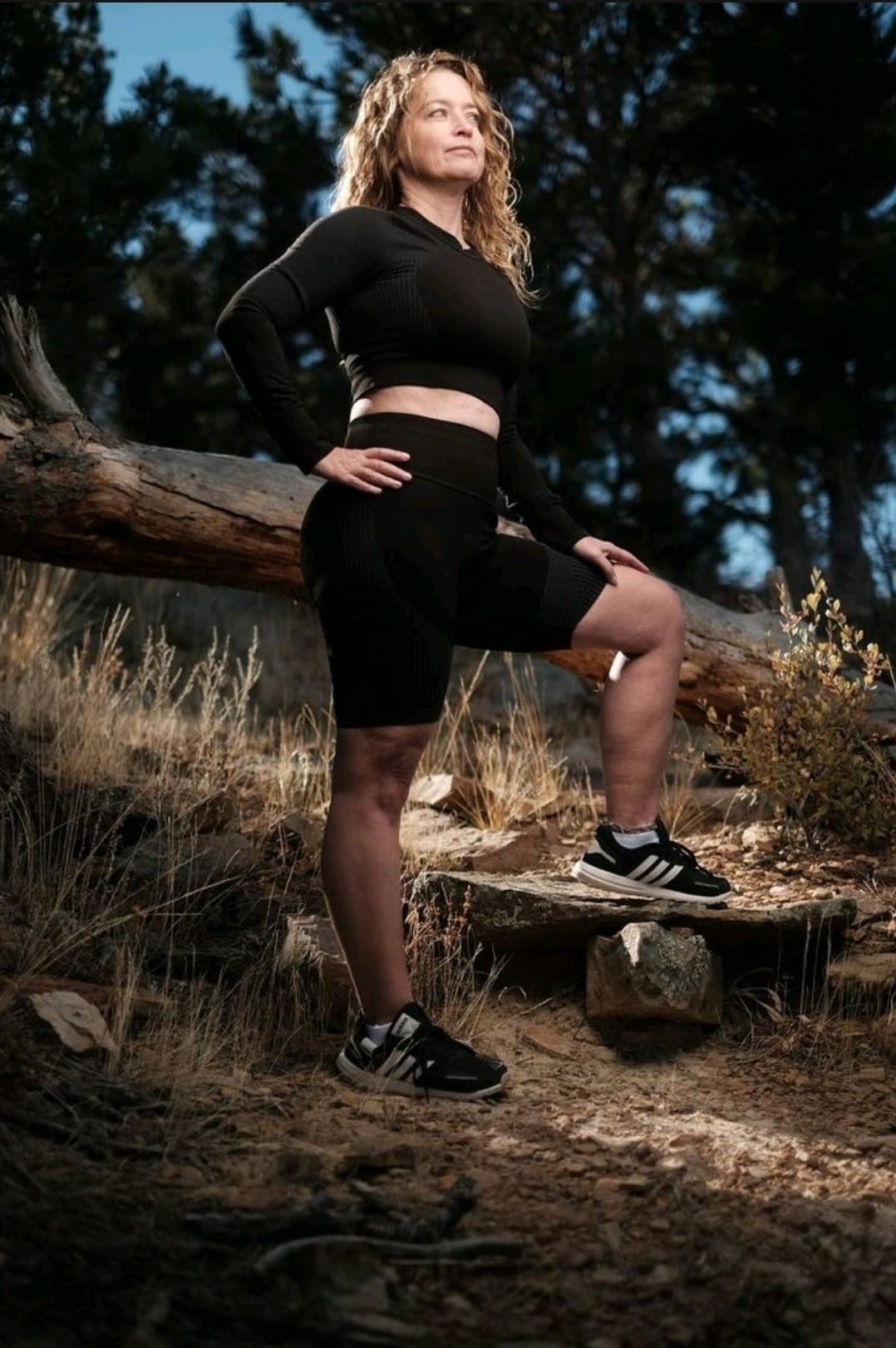 We recently connected with Kristina Corcoran and have shared our conversation below.

Kristina, thanks for joining us, excited to have you contributing your stories and insights. We’d love to have you retell us the story behind how you came up with the idea for your business, I think our audience would really enjoy hearing the backstory.

When I began Denver Free Fun it was actually a personal project. I had recently been trying to refinance my home with a mortgage broker that I knew. After the deal kept falling apart, his business partner came to me and told me that he had been stealing from clients including myself, but that he would personally handle my loan. He also asked me to come work with him handling home buying and fix and flips. I quickly had five homes under contract, a team of contractors ready to go and yet I still was not getting paid despite a contract with a salary. There were always excuses for why I wasn’t getting paid and as a start-up, in the beginning I believed them. In the end though, the real crook was the business partner and I ended up losing everything I had given the two of them for the refinance as well as all income for the time I worked for the main partner.

I had been in sales prior to that, but let my pipeline dry up as I focused on the real estate market. When the deal fell apart, I did not know what I was going to do as it would take time to rebuild that pipeline and my career path previously had not been a passion project, so I did not relish going back to it. I had lost a significant amount of money, I was a single mother with no support from anyone else and I had the very real possibility of losing my home with two children to support.

While my children were old enough to understand the situation, they also wanted to go do things still and they did not want to see me feeling sorry for myself while we were in financial jeopardy. I began Denver Free Fun to keep track of the things that the kids and I could afford to do together without further breaking our budget. With Denver Free Fun, we could go to free movies and concerts, attend soft openings of restaurants, go to festivals and other entertainments all without spending money while I regrouped and figured out what I needed to do.

Within a month, there were over 2000 members following the Denver Free Fun social media and I thought to myself, there must be a huge need for what was offered there. Perhaps there was a way to monetize the idea and grow it. When I started to explore the idea, I drew on my psychology degree and my journalism degree. I focused on community and give back and sold advertising sponsorships for an incredibly low rate allowing local businesses to support the community and advertise to membership while allowing members to find all the free and cheap things to do around town.

While the first year was a lean one financially, we have continued to grow rapidly with over 50,000 members in the Denver metro area now and over 200,000 unique hits a month on social media. In addition, we get over a million hits a year on the website, have added Colorado Springs Free Fun and Northern Colorado Free Fun and have other locations in the works under Find Free Fun after nearly five years. I brought on a business partner, employees including both my children and investors. In addition, we started Tribe Networking and Marketing and added the ability for small businesses to not only advertising, but networking and business development as well. We are also working on a new scalable website and app development for Denver Free Fun and the ability to white label the website calendar making it accessible to realtors, cities, hotels and travel agents.

Denver Free Fun came from a place of incredible hardship in a city that is rapidly becoming one of the most expensive places to live. But it was an idea that was needed and vital to the community and the vision I saw of a company that provided opportunities for everyone, is being fulfilled as we grow and expand. 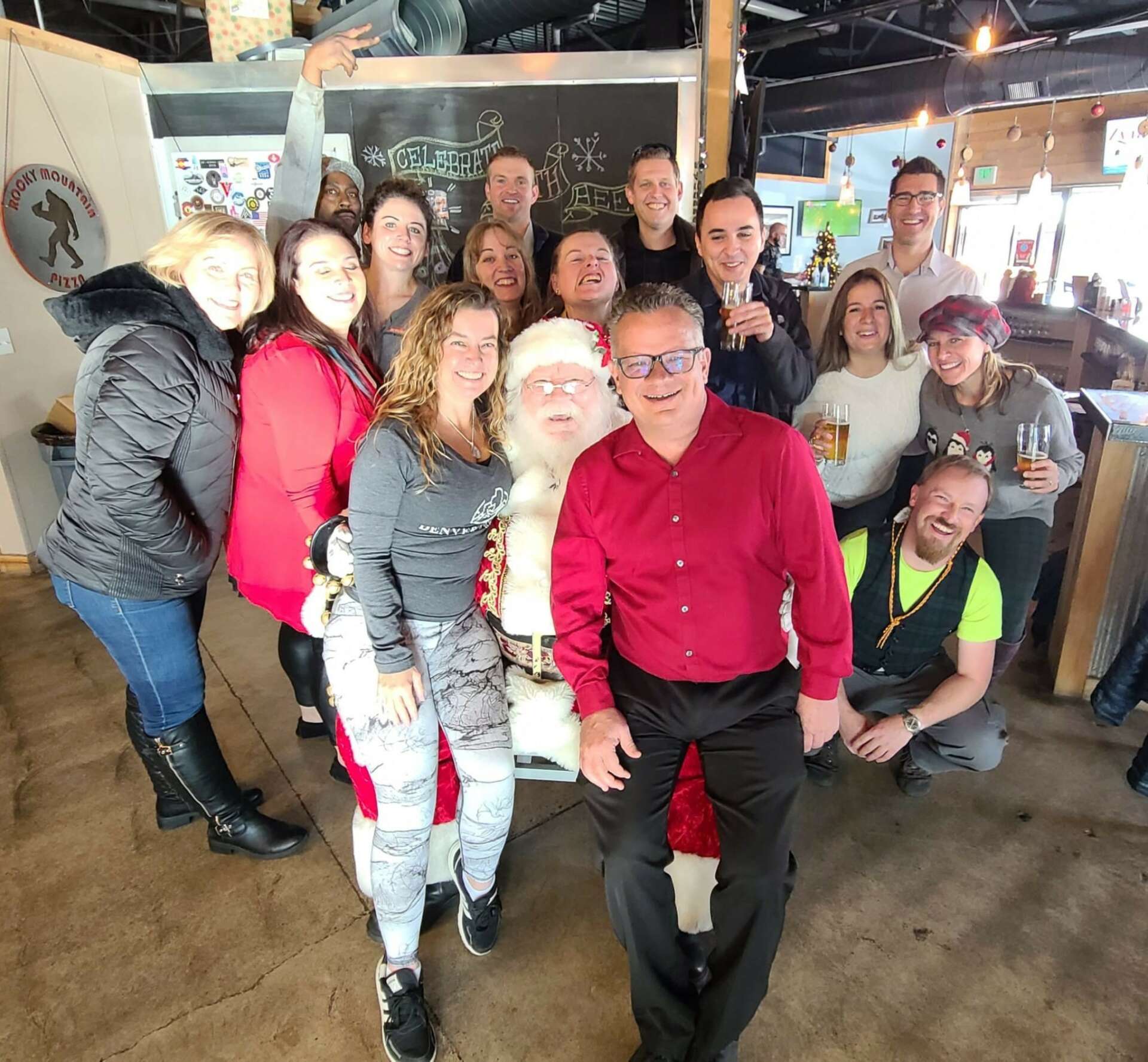 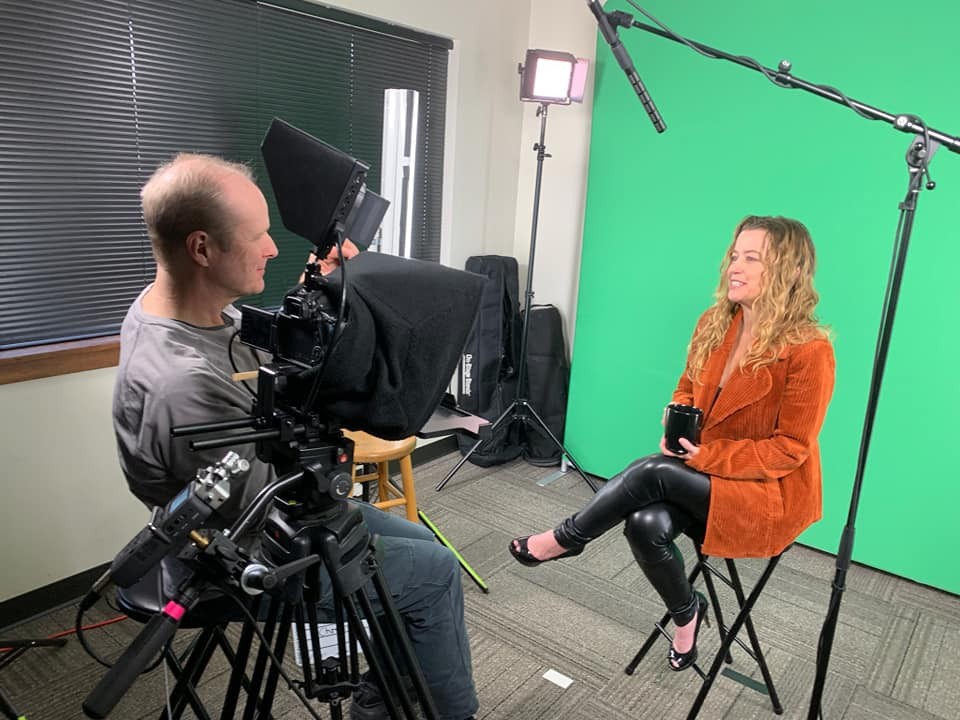 I went to school for psychology and journalism and worked in marketing and sales for several years. When Denver Free Fun began, it was an unplanned opportunity. However, it is the perfect mix of my education and previous business endeavors. It is a way to incorporate writing with a very basic need for many people.

I built Denver Free Fun around communities, something we often miss in the big city and promote charities in addition to all the events available on Denver Free Fun. Membership is free and members get access to all the activities and deals.

Advertising Sponsors support this community and can market to membership through multiple media including our social media, our website, coupons, our award-winning blog, referrals and events we run under the Denver Free Fun brand. I keep pricing affordable to support small business and our pricing is a fraction of any other media company our size with the most bang for the buck.

We also offer networking and business development opportunities through Tribe Networking and Marketing which is rapidly becoming the fastest growing networking company in Colorado. We started Tribe with similar principals as those we have under Find Free Fun. We believe in community, giving back and growing together.

We work hard to make sure that each business gets as much exposure as possible even building events around our client collaborations and work with businesses to develop new ways to market so that they get a return on their investments with us. A big part of what we do with both businesses is helping others. We also feature different charities regularly as it is also a priority to give back.

With our continued growth pattern and the backing of investors, we are on track to be the resource for the Denver area for things to do and we will continue building these communities and supporting business affordably.

Networking is a very important piece of marketing. You cannot grow if people don’t know who you are. I had been involved in several networking groups. Shortly after I received a bad head injury in a fall though, I went to my first paid networking group and signed up that day. I joke that it was the best decision I ever made with no brain. This was shortly before the shutdowns.

As with many other businesses, the shutdowns could have destroyed my business as so many small businesses were not sure if they would survive and marketing dollars dried up. The networking group I had joined never stopped meetings and connections keeping me going. My business partner was originally a business partner in that networking group. We hit it off and became fast friends over a lunch after one of the networking meetings.

During this time, the other business partner came to me and asked to form a strategic partnership pairing advertising with networking. For a time, this arrangement worked and both companies thrived. However, the partnership soured over time due to several factors. My business partner came to me at this time and asked if he could come work for Find Free Fun instead as the issues I was having, he was experiencing as well. I told him with his background in publishing and advertising, I would be a fool not to take him on.

As we talked, I quickly realized that he could not be an employee. I knew his worth and offered a partnership instead. We also discussed if we wanted to start our own networking group and originally both decided no and that he would continue to run the other meetings for the time being while growing our advertising clientele.

After a couple months though, his other business partner came to him and offered to sell him the business. At that time, we had already had a very preliminary talk with one of our future investors about backing Find Free Fun. We went to him and asked if he had interest in helping us purchase the other networking group. As the negotiations went on, there were several problems and despite multiple requests we were never shown the books. Then suddenly within hours, the deal fell apart. With so many pieces in place already, Tribe Networking and Marketing was born hours later.

Our first meeting, we were unsure if anyone would even show up, yet we had a full room. Now, just five months later, we have hundreds of members, over 30 networking meetings a month in the Denver metro area and Northern Colorado, after hour events, business development Lunch and Learns, social events and more. Meanwhile Find Free Fun is now in Denver, Colorado Springs and Northern Colorado and expanding rapidly as well.

It was definitely a no-brainer that bringing on my business partner was the best decision I made all because I stepped outside my comfort zone and networked and advertised my company. 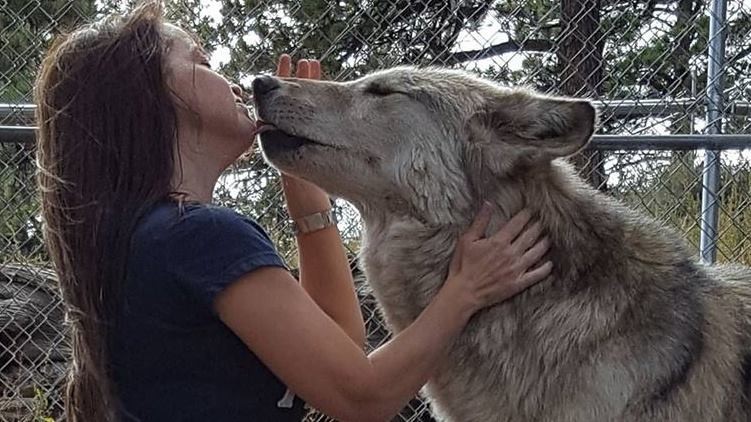 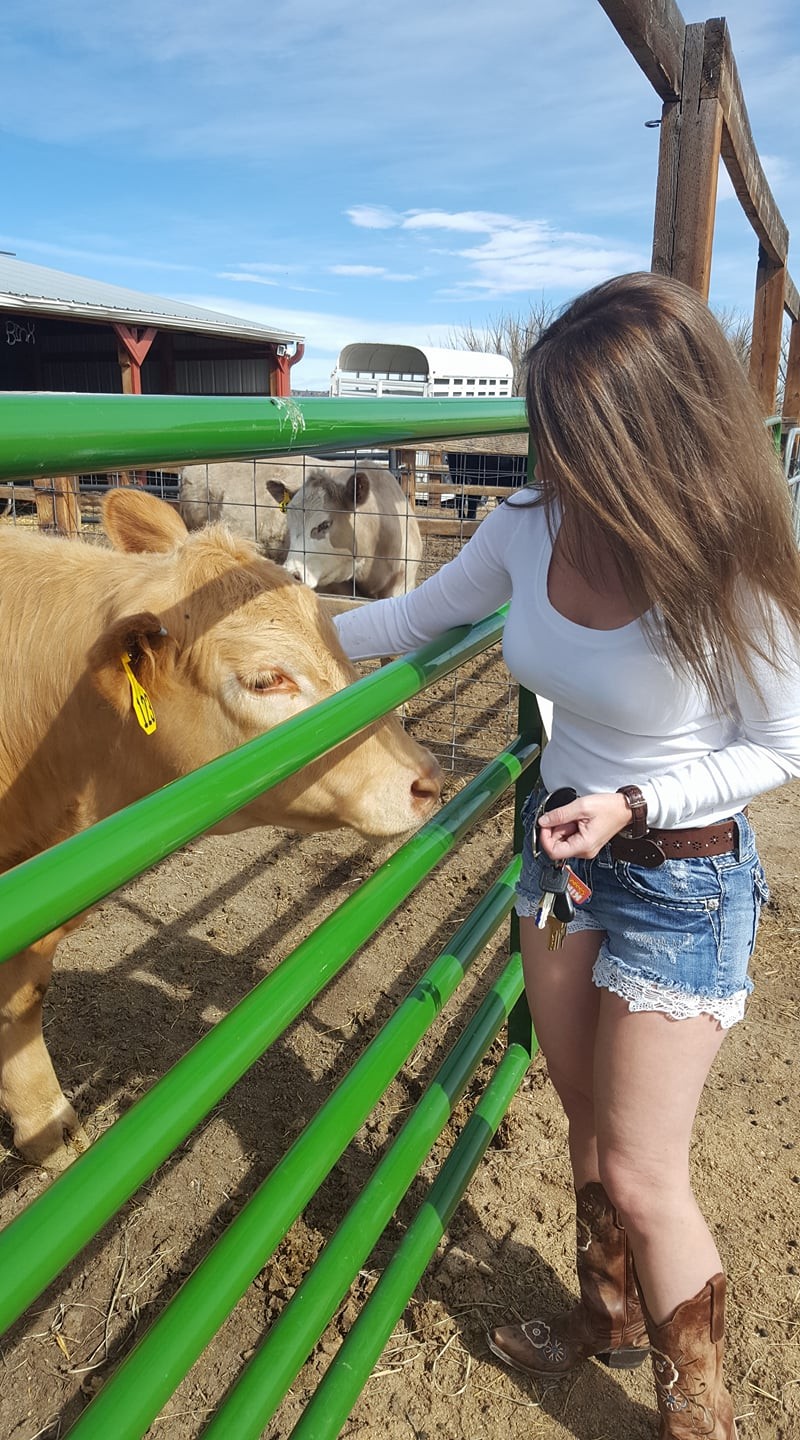 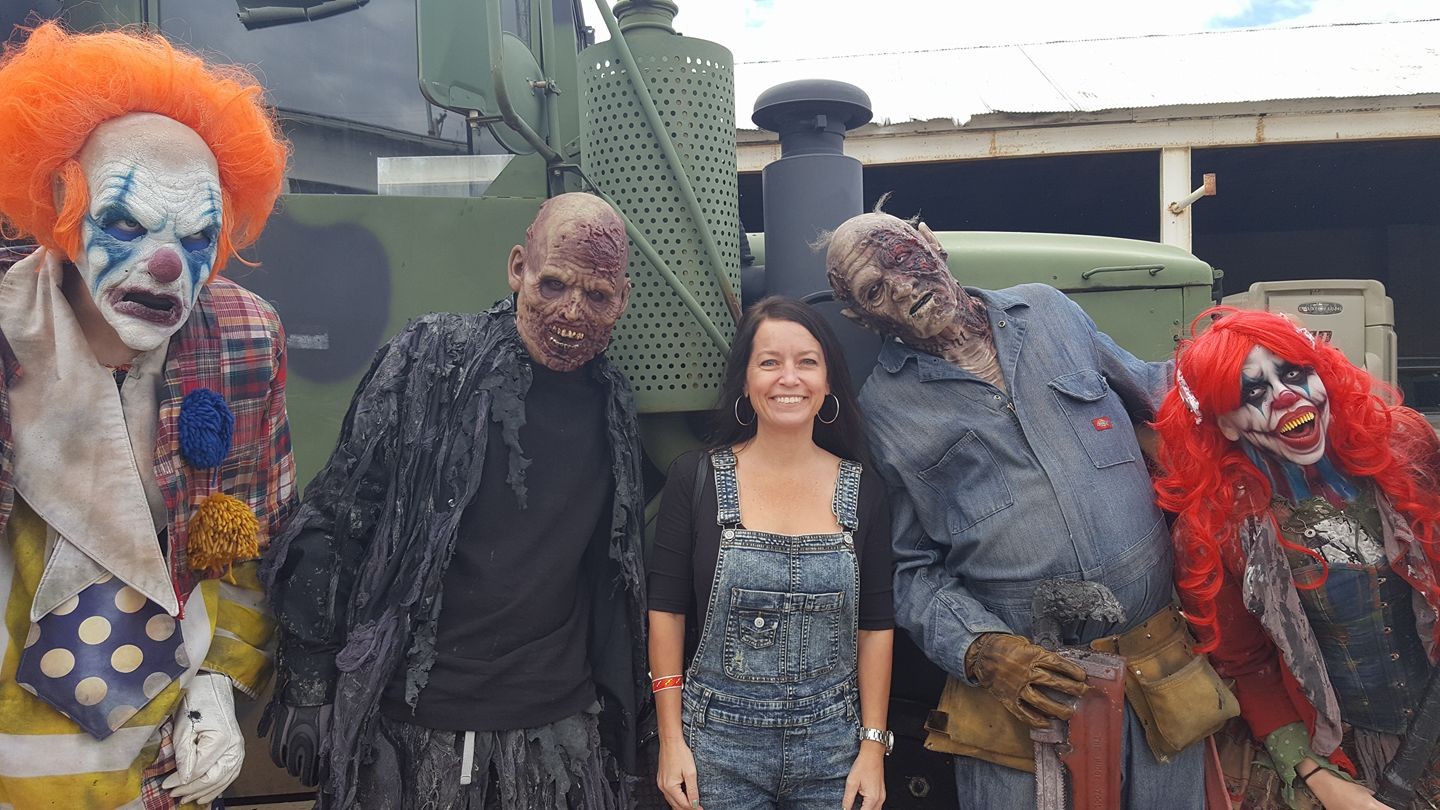 The biggest lesson I have had to unlearn my fear of relying on others. Following a bad divorce, bad business decisions and bad friends, I learned that I couldn’t rely on others. However, when you have a business that is growing rapidly, it is impossible to handle everything yourself or balls start dropping. I had little experience running a company even though I had been self-employed for years, I had no practical skills in advertising, web design or social media, let alone SEO and while I had been in sales, I was dealing with an entirely new market with an untested idea. Even though my pricing was ridiculously low, I still frequently heard “no” and often questioned what I was doing.

Fortunately, I am stubborn and tenacious and I looked at the long-range goals. I made mistakes, I hired people not knowing how to lead them and I failed a few times despite the best intentions. I learned from those things

Right before my business partner came on, I also had the good fortune to see a post from a college student going into her senior year asking for a social media internship. I was lucky enough that she picked my business to work with out of hundreds of responses and eventually she became our first actual employee. That I got to see both her and my business partner in action in the business world and their drive prior to bringing each of them on has been an incredible blessing.

Each person on our team picks up the slack of the others, comes up with ideas to build the business and supports each other. It took time for me to realize I could delegate and did not need to shoulder everything. But surrounding myself with people and other business owners who are rooting for you to succeed makes it so much easier. My background also makes me appreciate even more what they and each other person on our team brings to the table and how vital they all are to our successes.