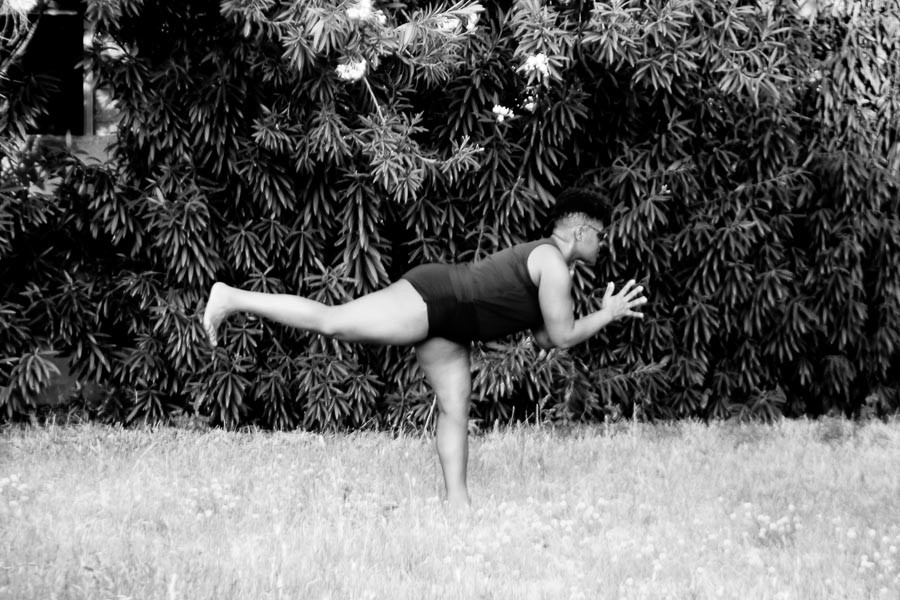 We recently connected with Kimberlee Morrison and have shared our conversation below.

Kimberlee , appreciate you joining us today. Alright, so you had your idea and then what happened? Can you walk us through the story of how you went from just an idea to executing on the idea

I started out as a yoga teacher thinking I wanted to create a virtual yoga offering. And instead of focusing on that goal, I started teaching in physical studios. And that felt empowering for a while, but the reality is that I was cycling from burnout to burnout. Not only was I teaching 8-13 classes a week (depending on how many classes I agreed to sub), most of which were in a hot room.

My body started to break down. Literally. In addition to the burnout, I have an autoimmune condition and also felt sick all the time. So while I loved being able to provide hands-on adjustments in class, I decided to stop touching people in the hot sweaty room. In 2018 I had a back injury that left me unable to teach most of the really intense vinyasa practices that I had been teaching. In the few remaining classes, I moved carefully and demonstrated very little.

It took me the better part of a year to recover from that injury and during that time I began to re-evaluate the kind of teacher I wanted to be. And when COVID shutdowns happened, I felt like a refugee. I was separated from my yoga community and needed a way to connect without folks having to show up in a physical space.

I had a meditation workshop scheduled at a local studio, so I just made it a zoom workshop. I also held a free, all levels vinyasa class. Both were well attended. And that was what made me think, “Maybe I can launch that online studio…”

Love Revolution Yoga was like a revelation. I had played with the theme a bit in my physical studio classes, and it seemed like the perfect theme for my online studio. The mission: To teach people to develop a more loving relationship with themselves by developing a home yoga practice. Since most of the people who practice yoga never do so in a physical studio, and many feel alienated by the physical studio experience, Love Revolution Yoga was to be a space for people to explore the practice of yoga without the “fitness” trappings of the typical studio space.

Once the idea was born, I got to work figuring out the launch. The steps looked something like this:

1. Landing page: I built a pre-launch landing page explaining the mission and inviting people to subscribe for email updates. If I could do something different, I would have created an actual lead magnet to provide folks with something tangible in exchange for their contact information.

2. The Tech: I chose a software that would let me set up a membership site where I could build an on-demand library of pre-recorded classes. I’ve built many websites, but the membership, video hosting and steaming functionality were a bit beyond me. I wanted to be able to focus on the mission, not get stuck on the tech. I also purchased a camcorder, a video capture card, a lighting kit, and a good mic, so I could make quality videos.

3. Pre-launch: I recorded, edited and uploaded my first few videos, and I shared the membership community with a select group of people directly. A few became subscribing members right away, further validation that people were interested in what I had to offer.

The next year was about finding a rhythm, testing class types to see what people liked/watched the most, and building systems to automate the processes that could be automated. (Hint: Recording classes and editing video cannot be automated LOL) 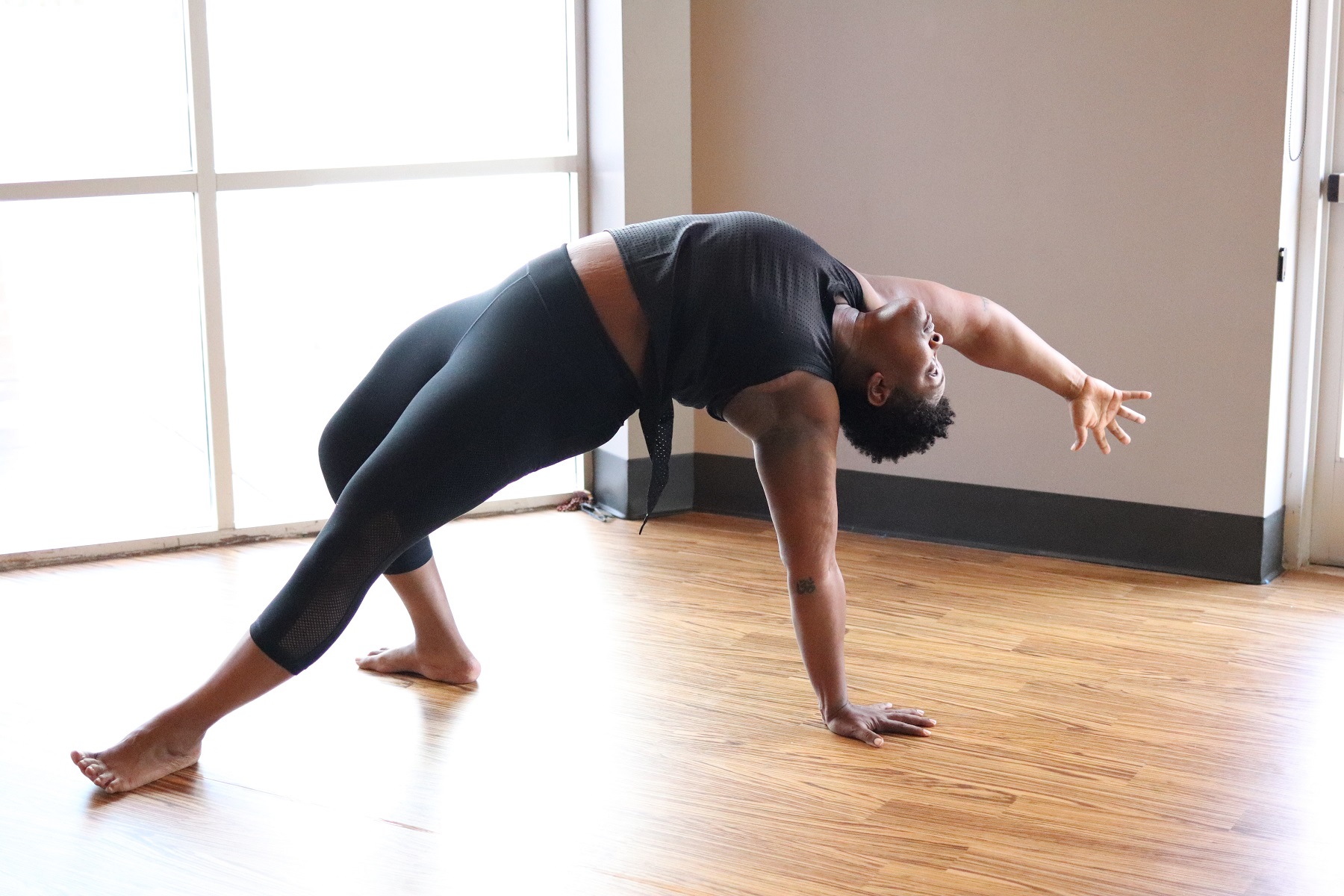 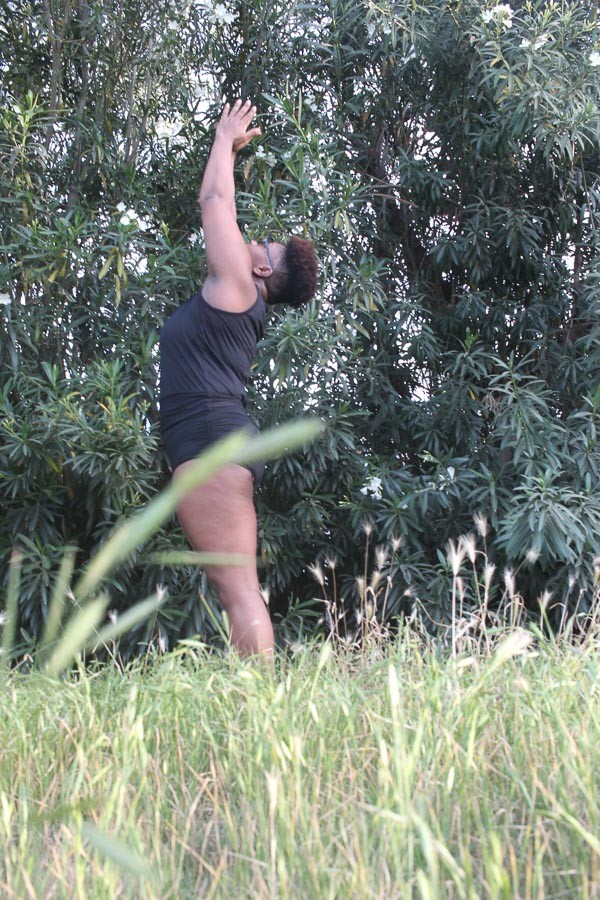 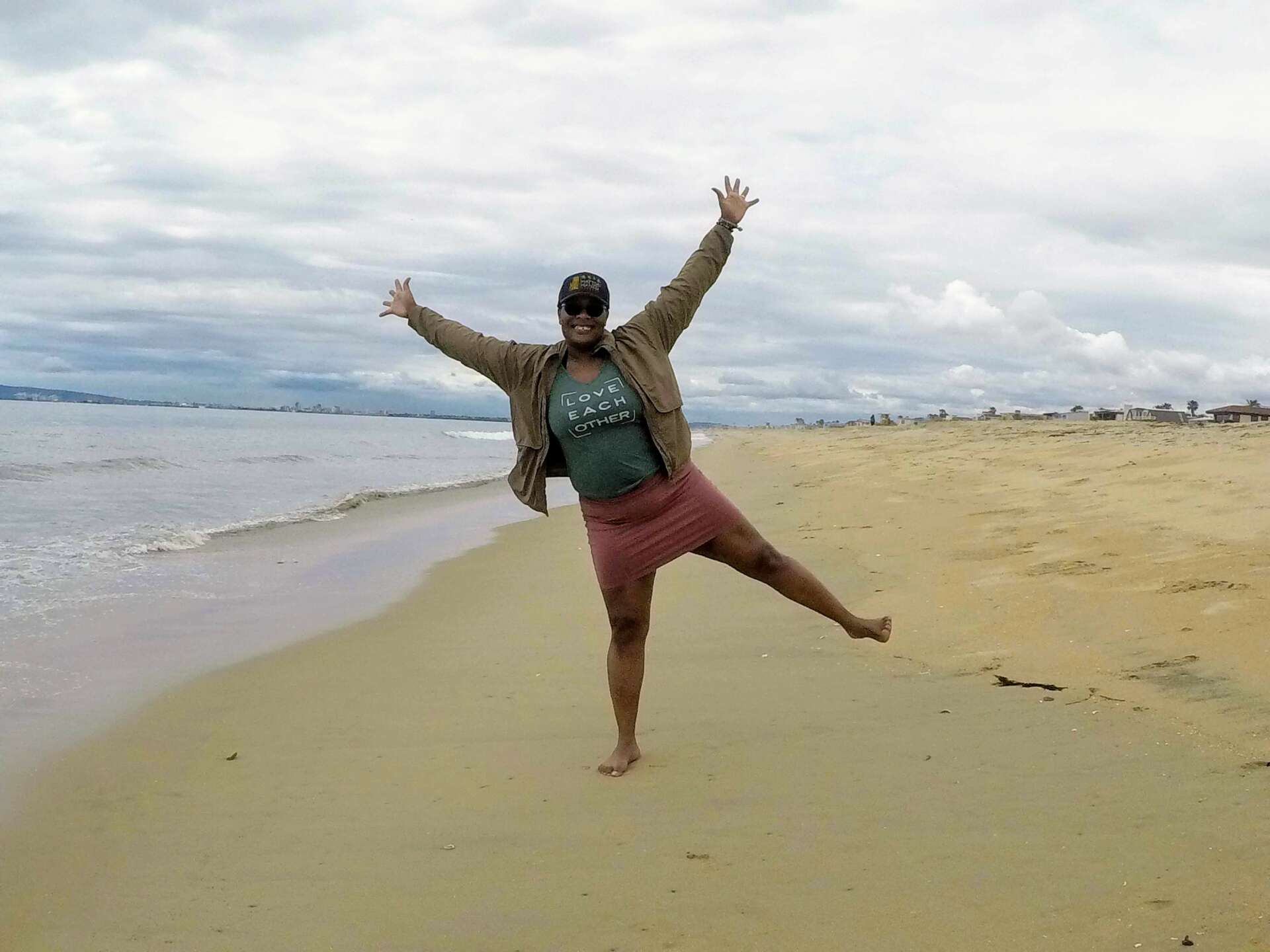 Kimberlee , before we move on to more of these sorts of questions, can you take some time to bring our readers up to speed on you and what you do?

I consider myself a storyteller — words are my primary medium. I’ve been a storyteller since I was a kid, starting with my very first poem, which was about the struggles of an elderly migrant worker. In high school I became part of a group called the Freedom Writers, and together we wrote stories about our lives as inner city teenagers. I’ve spent most of the last 20 years writing for an about businesses.

What does that have to do with being a yoga teacher and running a virtual yoga studio?

My experience as a storyteller and an activist inform my work as a yoga teacher. In fact, activism and social justice are an integral part of how I practice yoga, and I started Love Revolution Yoga for people who have felt unwelcome and unsafe in what we consider “traditional” yoga studios. They’re not actually traditional at all. If the studio is run and staffed mostly by cis-gendered white women, that studio is contributing to the continued colonization and commodification of yoga. And going to a physical studio or gym is not a requirement for learning yoga.

In fact, physical studio classes are the least accessible; they’re often ableist, gymnastic, and targeted toward hyperflexible people in slim bodies. They reproduce the same toxic structures of the fitness industry, which ultimately alienates people of color and those in larger bodies.

What I want people to know is that they don’t need any of that fancy shit — expensive yoga pants, fancy mats, and memberships to luxury yoga studios. It is possible to learn basic yoga at home. My offering is that the process of learning to practice yoga at home removes the performative fitness aspect of yoga and creates space for developing a more loving relationship with yourself through yoga.

Love Revolution Yoga is here to support yoga as a practice of self love. 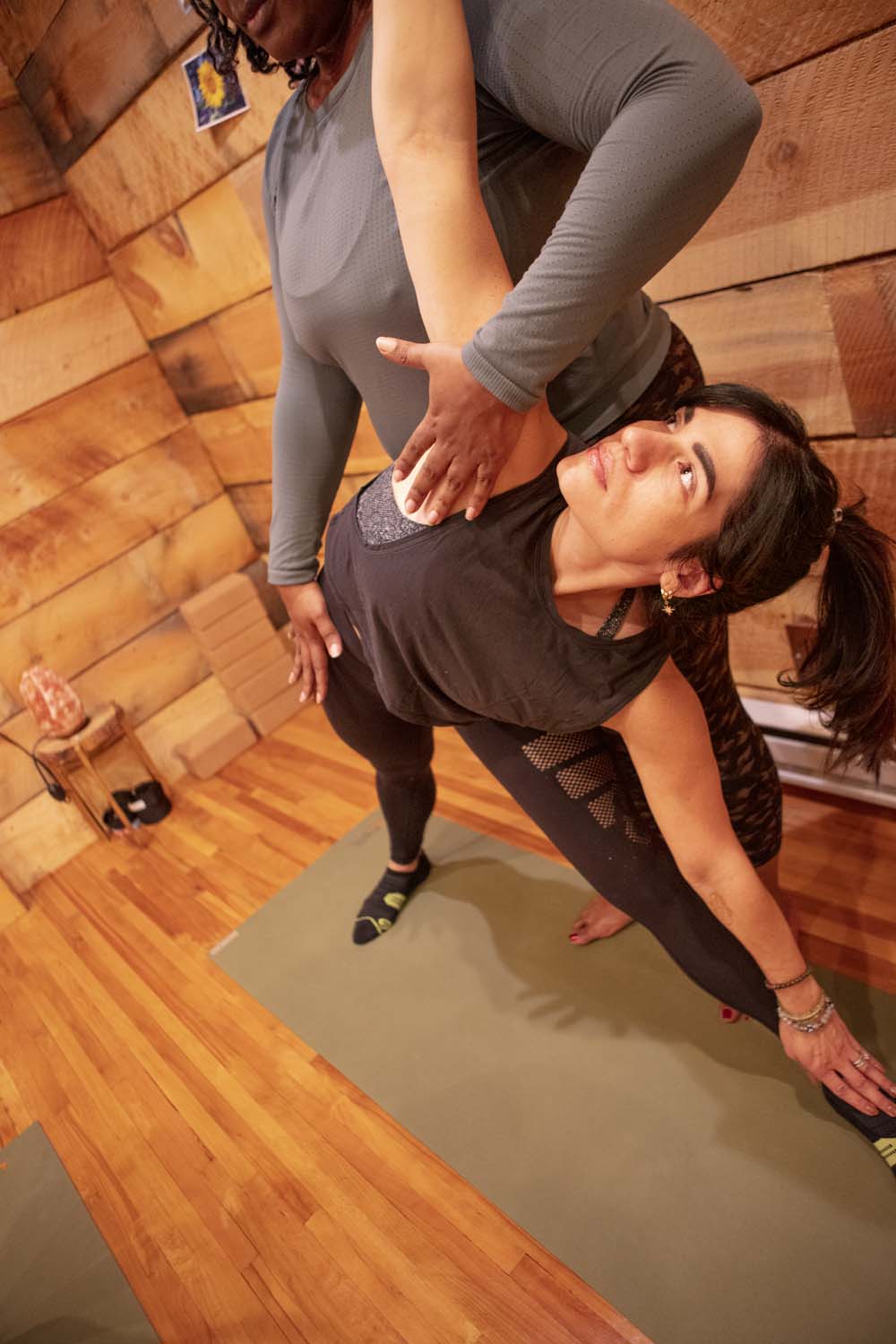 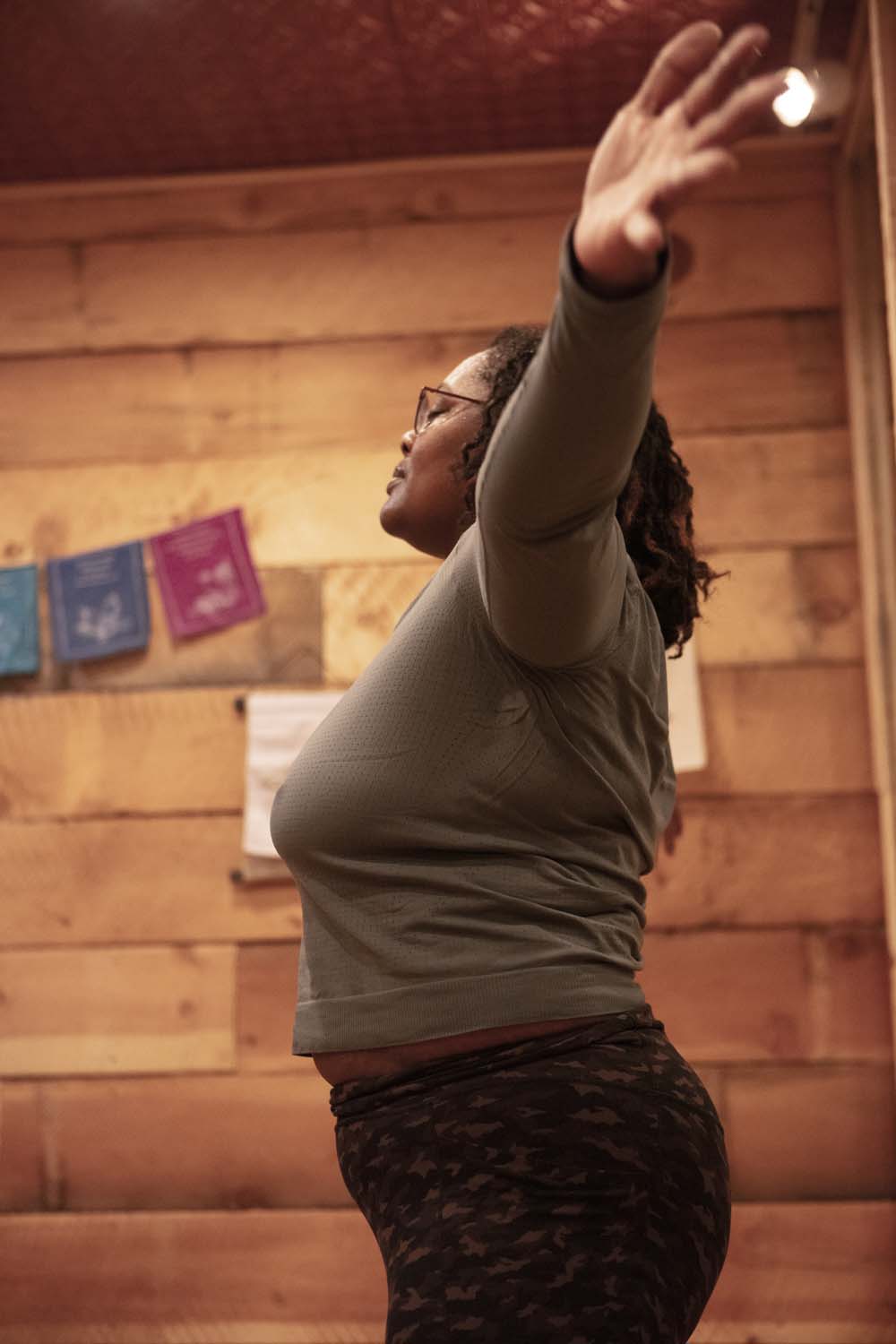 While my goal is to avoid teaching live classes as part of my business model, when people attend a live class with me (whether virtual or in physical space), they seem to want to take more classes with me. Over the last year, this has been my main source of new paying Love Revolution Yoga members. So this year, I’ve decided to host a few live events in partnership with other organizations.

In addition to the live events with partner organizations, I’m also offering live, virtual yoga classes through Love Revolution Yoga (https://loverevolution.yoga/love-revolution-live-classes-courses/), which are included in the LRY membership, but drop-ins are welcome as well. 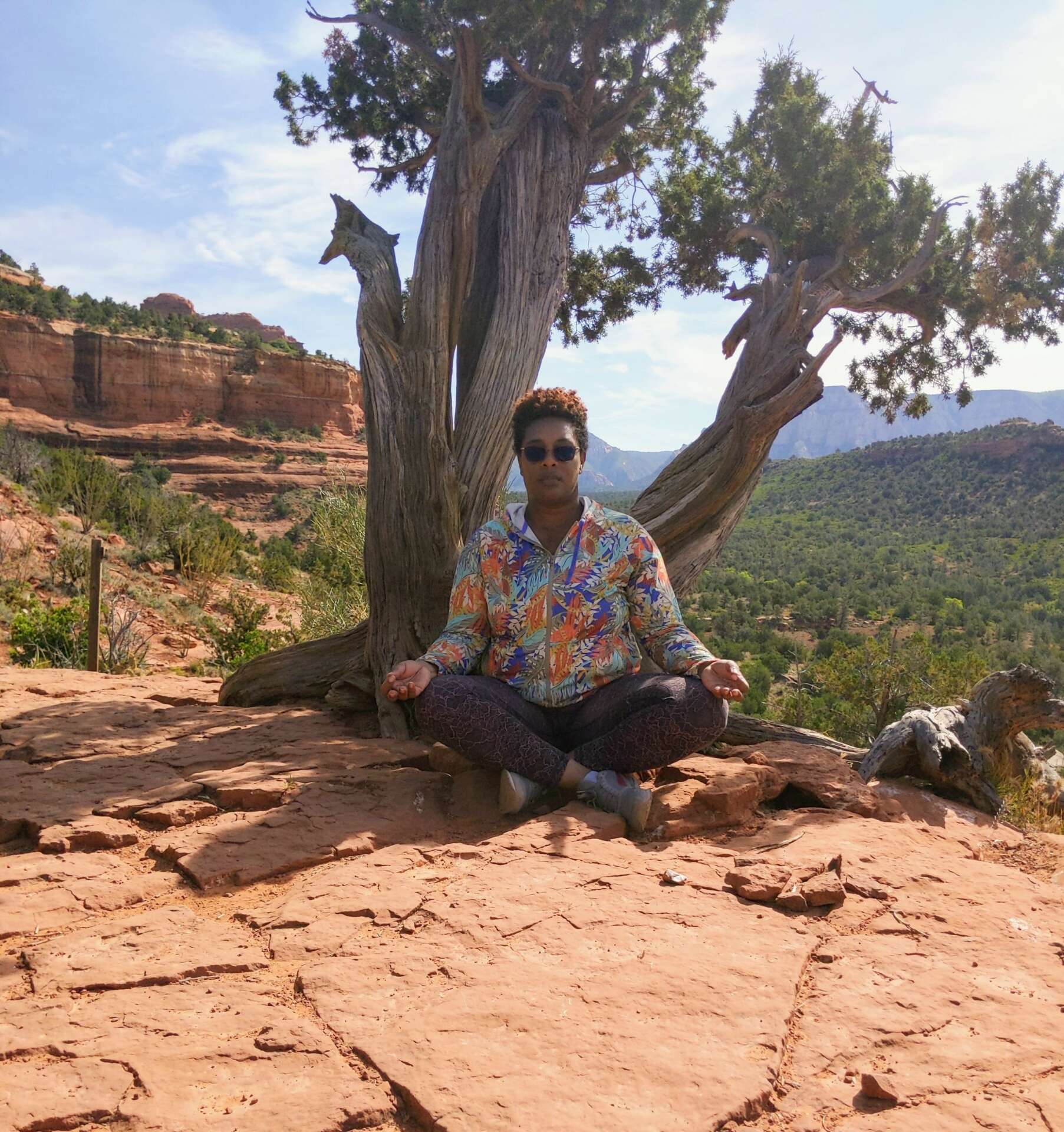 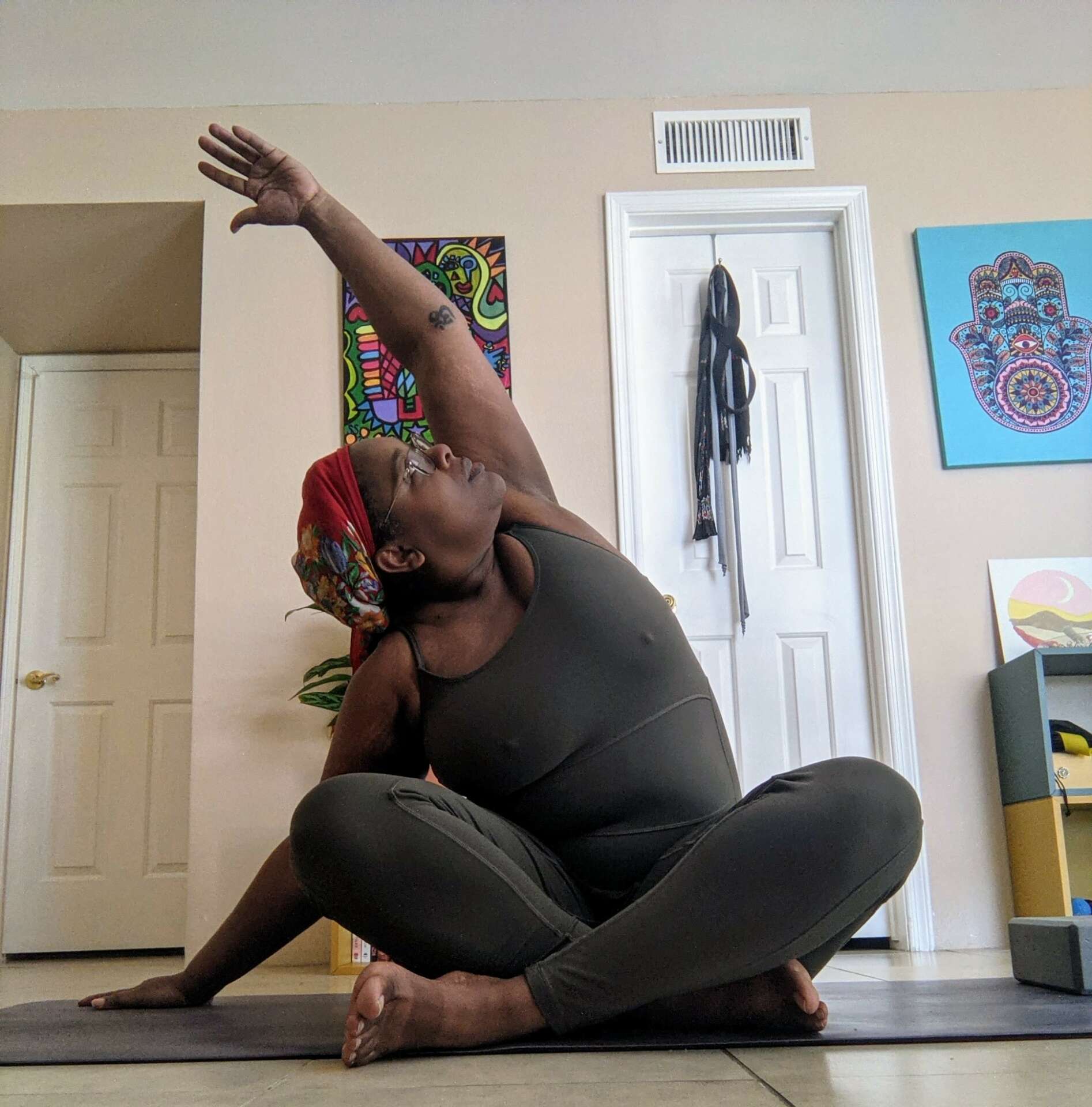 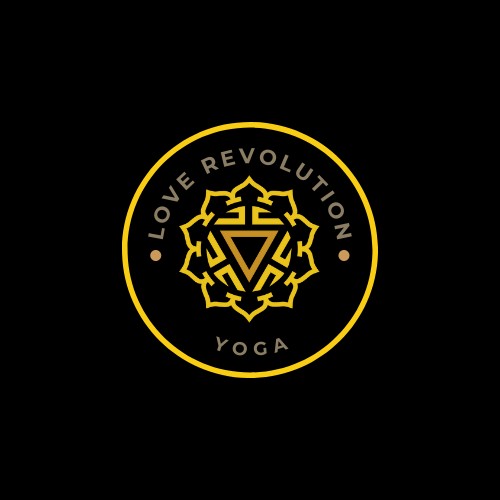 How did you put together the initial capital you needed to start your business?

I’ve always been fortunate that the businesses I’ve started didn’t require much in the way of funding, so I’ve always been a bootstrap entrepreneur. I’m also a millennial and as much as I hate hustle culture, my generation has been indoctrinated with the skills to both work a job and build a business on the side.

For me the biggest difference with Love Revolution Yoga (vs my freelance writing business) was that I needed systems to support the delivery of my virtual yoga studio offering. I needed software and email marketing systems, I needed video equipment to facilitate the creation of quality online classes.

So I’ve basically used my full-time job to fund my side business and the first revenue goal was to have enough paid subscribers to cover the cost of the membership site software. That goal was accomplished in the first year. This year my goal is to grow to the point where one month of membership payments could cover the annual cost of the software — and I’m well on my way.