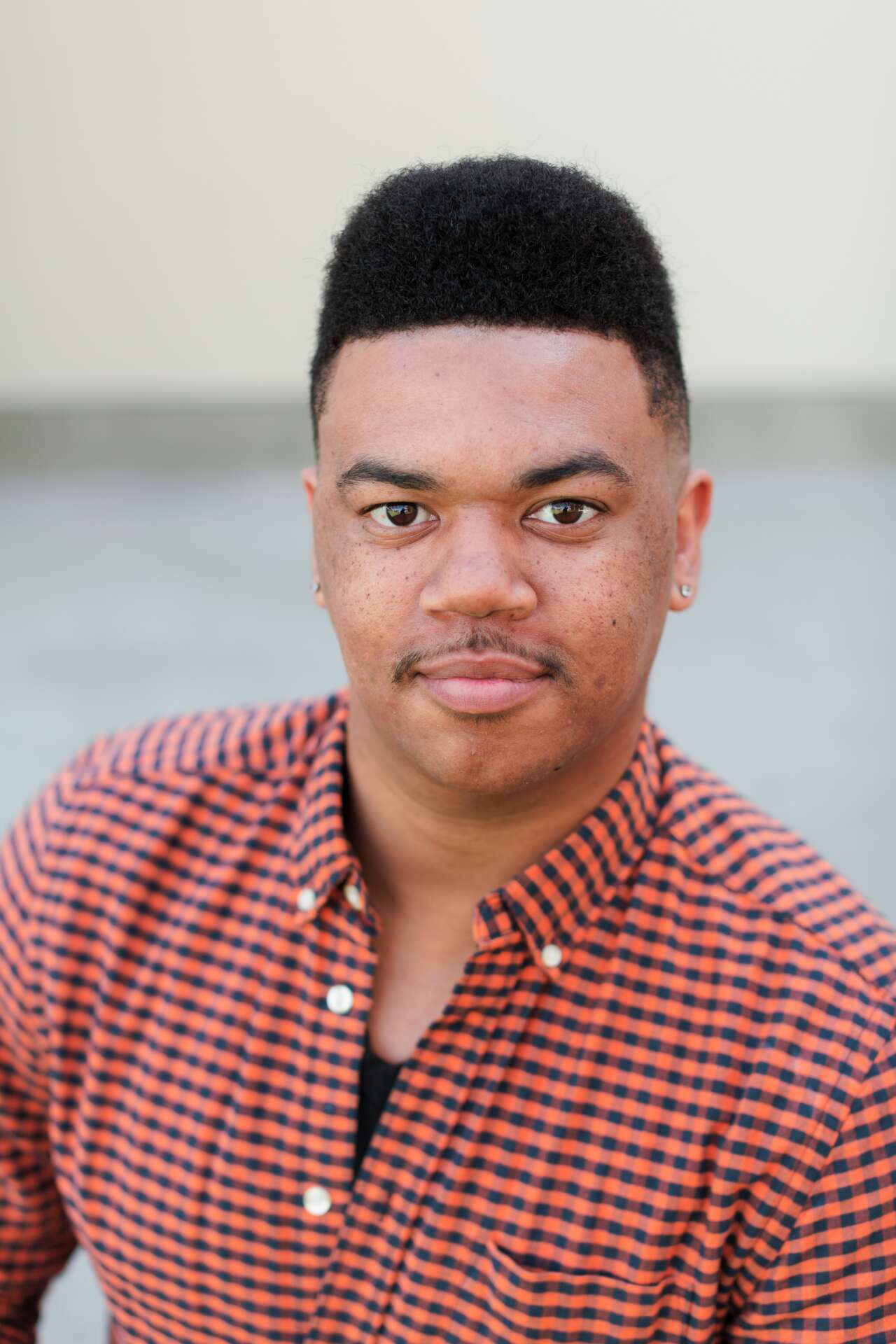 We’re excited to introduce you to the always interesting and insightful Kevin “Blax” Burroughs. We hope you’ll enjoy our conversation with Kevin below.

Alright, Kevin thanks for taking the time to share your stories and insights with us today. Was there an experience or lesson you learned at a previous job that’s benefited your career afterwards?

In the beginning of the pandemic and height of the Black Lives Matter movement, I quit working for a theatre company called STAR Repertory Theatre in Escondido, CA. I learned one of the most important lessons to be learned. I learned to be vocal and not be afraid to stand up for what’s right not only for myself but just life in general.

During this time, the pressure to be vocal as a company on the value of Black lives was put on my shoulders BECAUSE I was a black man. I was really the only one to come through the company so in a way, it made it worse for me. I felt like a puppet. What I didn’t realize throughout all the years was that I was always a puppet. A glorified puppet because I was not compensated enough nor appreciated enough for my work. They used me for my talent & kindness for the 3 1/2 years I was there. I learned to speak up for myself and make choices that were best for ME. As a company, their “support” of the BLM movement consisted of a bland single post but also followed by a significant amount of anti-BLM posts via twitter. It was this moment when I knew that I had to leave because it was what I would’ve told someone else to do. Why not take your own advice? 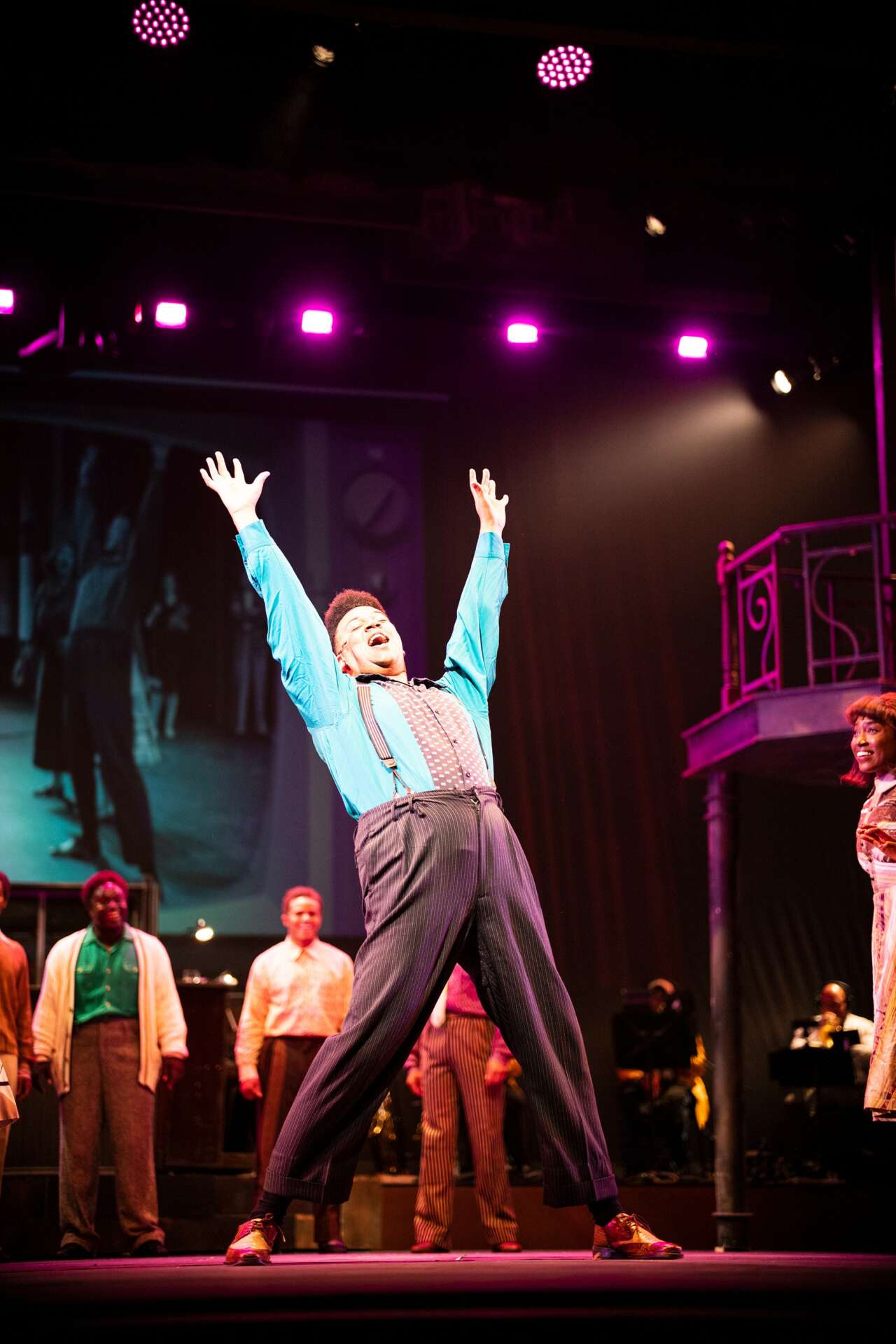 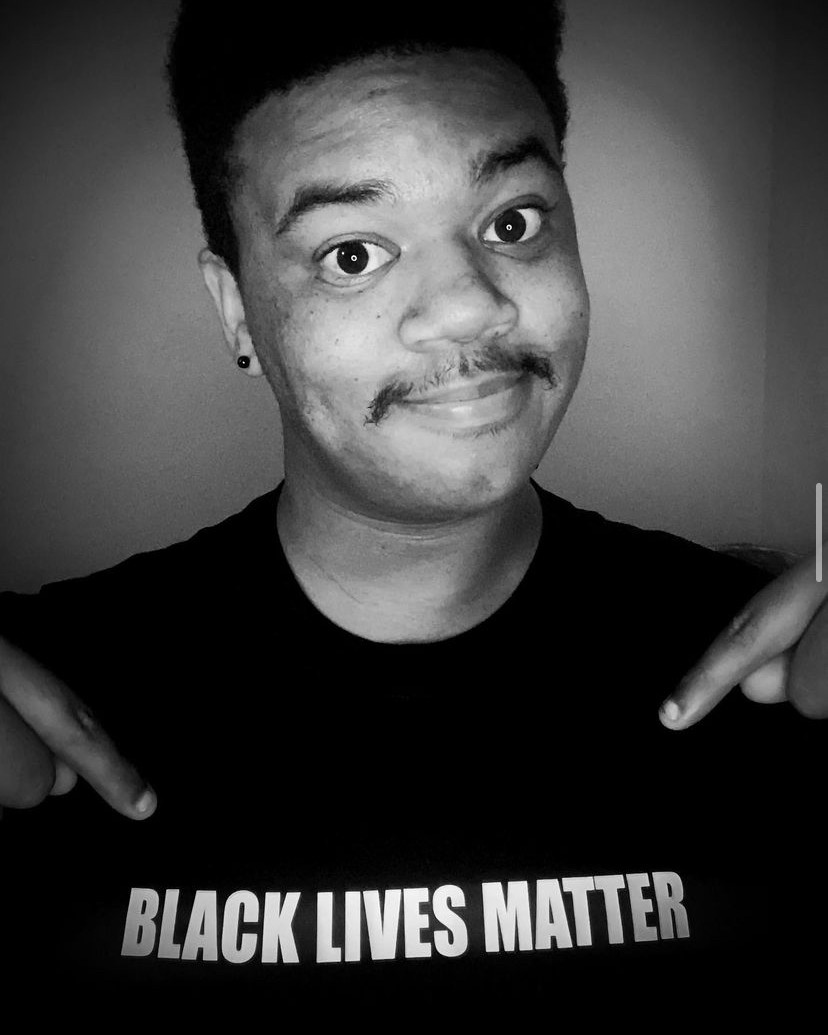 I started doing theatre as a kid with my church group & family friends. It was rooted in my blood and soul from a young age. Coming from a family of musicians & performers, I had no choice but to accept my fate. No matter what I did outside of the theatre (instrumental music, Classical and jazz singing), I found my way back to the theatre.

In 2010, I auditioned for a production of “Hairspray” which was a co-production between my high school, San Diego School of Creative and Performing Arts, and San Diego Repertory Theatre. It was this moment where I truly got the theatre bug. Since then, I’ve done as much as I could professionally and told myself that If I wasn’t performing, I could still find work by doing other jobs in theatre.

Throughout the years, I would stay more on the production side of the stage choreographing, directing and designing lighting for shows for various companies and schools. All this time working with other companies, I had one dream: start my own theatre company. In 2020, I was approached by an old friend, Julio Catano, to see what my thoughts were about starting our own company eventually to be called Teatro San Diego. It was perfect timing given the fact that I was on my way out at STAR Rep. We noticed that the theatre industry wasn’t the best for BIPOC actors so we felt that in order to have change, you sometimes need to be the change. This new company would be my proudest moment as an artist still to this day. 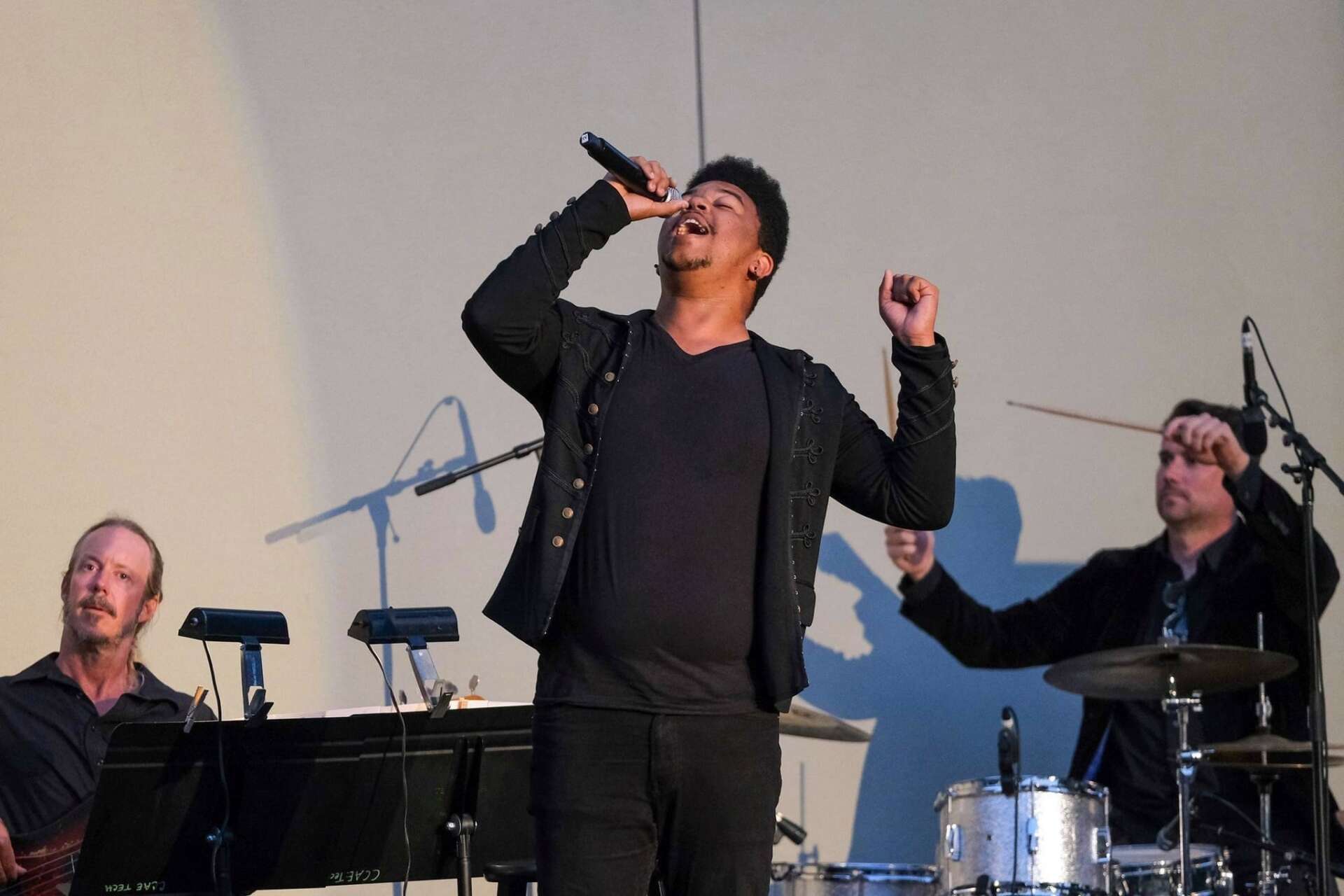 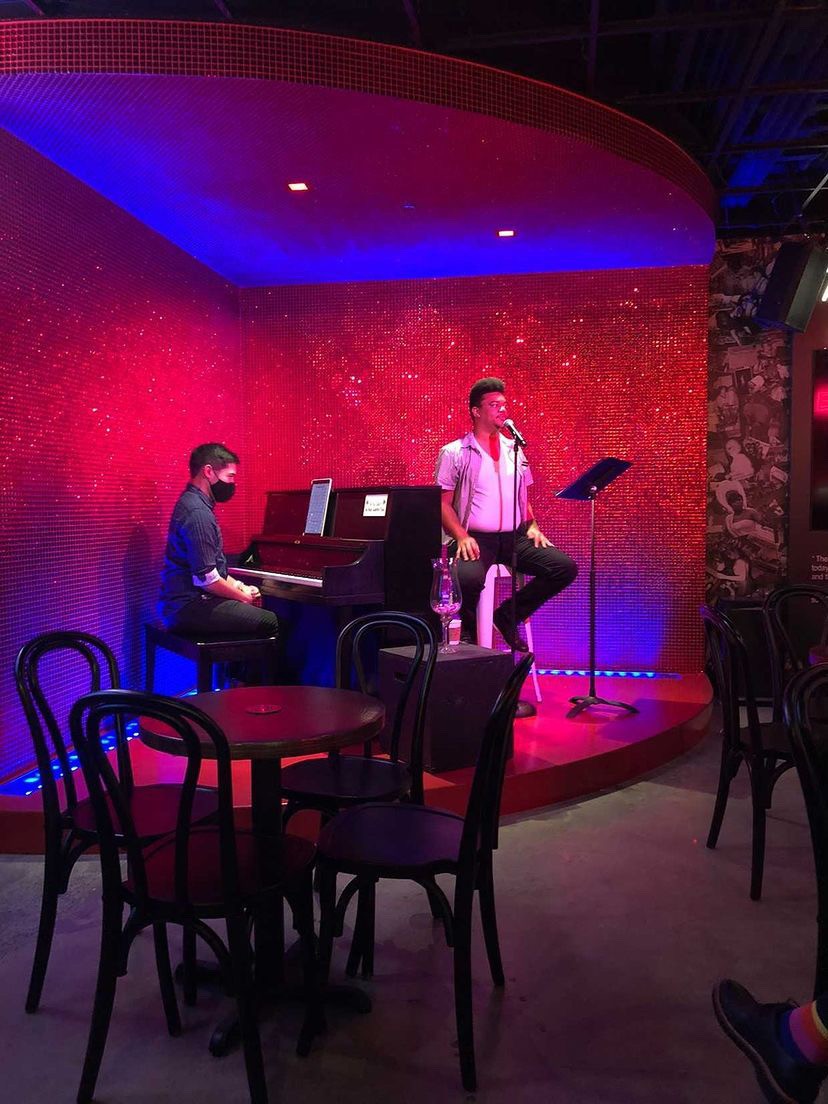 For me personally, the most rewarding aspect is having someone watch a show and leave feeling something different than when they walked in the theatre. Artists of all aspects are full of emotion and want to express their feelings in hopes that they can help someone else feel something. Whether it’s expressing a love song or wanting social change in the world, making someone feel something is the ultimate payoff. Being told that your art, whether onstage or not, changed someone’s outlook on life means you truly did your job.

A perfect example would be the first show that Teatro San Diego produced. We produced a streamed version of “Songs For A New World” by Jason Robert Brown in which I directed that was based on the Black Lives Matter movement along with other social issues such as Feminism, White Privilege and Gender Equality. There was a massive amount of social justice that was in need around the summer of 2020 as that sparked a massive shift in society. The amount of positive feedback that we received was almost overwhelming. I new that I had did something right. The emotions were there, voices were heard, change was being made. 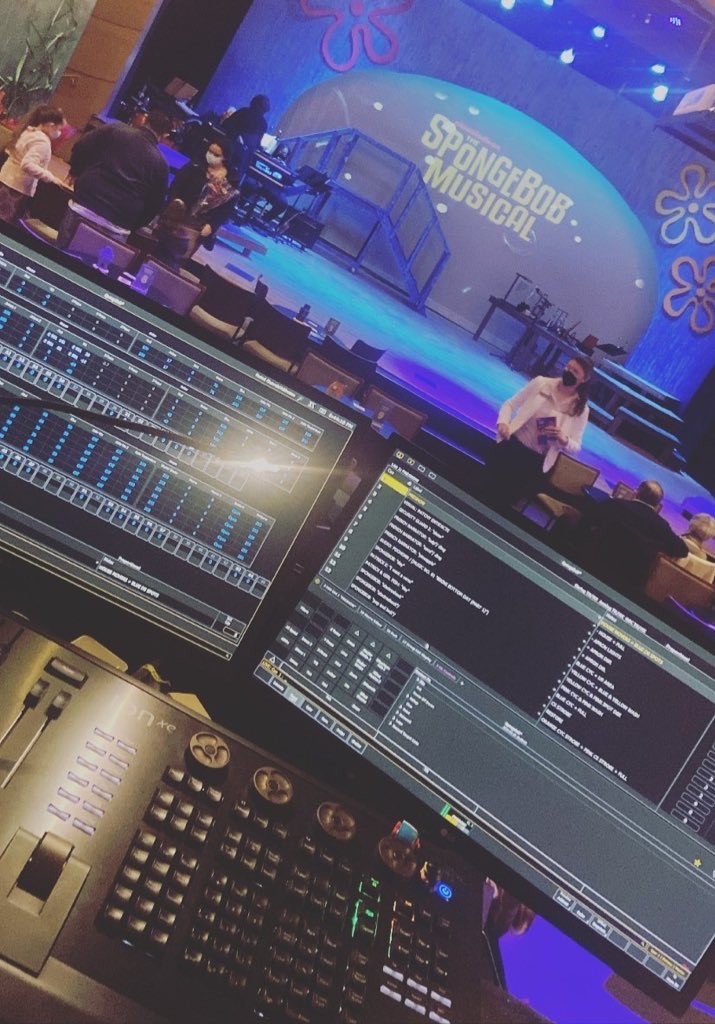 In 2018, I was working what would be my last year as a full time seasonal job (I would get asked back every year). On top of working this job, I was always in the theatre show after show. There were some days where I woke up at 4:30am, work a 10-12 hour day, went to rehearsal for 4-5 hours and then drive 45min home just to do it all over again the next day. It was a matter of staying financially stable while also striving to work on my craft. After months of this lifestyle, I knew I had to make a change.

On a rare night off, I drove to La Mirada to see Todrick Hall’s tour “Forbidden”. I was extremely inspired afterwards as an artist to just create art and continue to pass on the inspiration. I then took the risk of quitting my job and focusing on gig work full time. I haven’t turned back since.

I am now a full time Doordash driver who makes his own hours to accommodate working on theatre related gigs such as performing, directing, choreographing, designing lighting, or anything else that I may get my hands on. Definitely a massive pivot in my career.

I also am an amateur gaming streamer on Twitch…..but that’s just a hobby. (Drop a follow at twitch.tv/blaxparadise)