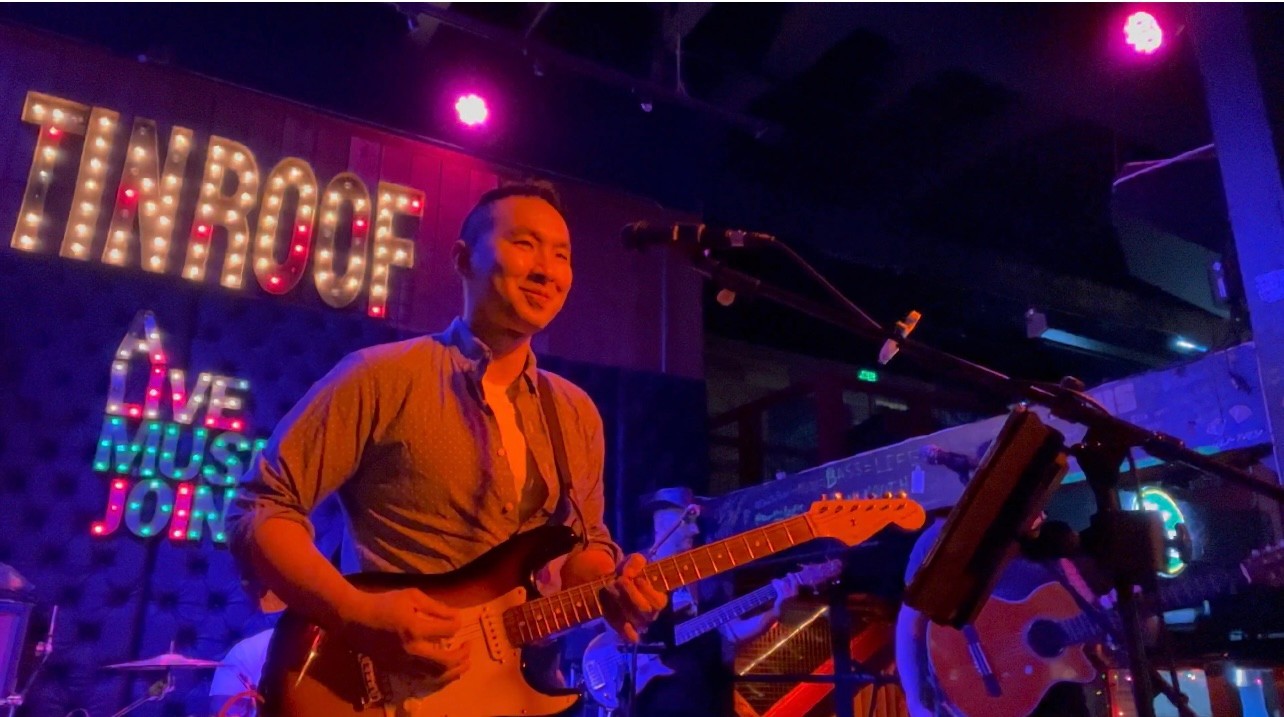 We’re excited to introduce you to the always interesting and insightful Kenny Eng. We hope you’ll enjoy our conversation with Kenny below.

Kenny, thanks for joining us, excited to have you contributing your stories and insights. How did you learn to do what you do? Knowing what you know now, what could you have done to speed up your learning process? What skills do you think were most essential? What obstacles stood in the way of learning more?

As a musician, I consider myself to be self-taught on the guitar and singing though I have to give credit to my parents (my mom, in particular) for “forcing” me to learn how to play the piano at a very early age. I had four piano teachers over the course of about 10 years and then I went to college and studied Political Science and Music Theory and Composition, which all served as a foundation of what I do now. The piano and ear-training I did when I was young is essential to me being able to learn songs very quickly and the music theory and technical study allowed me to be able to anticipate where songs might go, which is really useful when learning songs on the fly or when I am improvising. I don’t know if I could have done anything faster, per se. Maybe if I was a better student or more committed to practicing, I would have learned more quickly. I’m in the process of learning to be a passable jazz player and it would have been great to have that skill 10 years ago, but part of the joy of learning and appreciating music is knowing that you will never know everything about music.

I started playing piano at a young age- probably 5 or 6 years old and it was initially a chore. It got to the point where I would go out of my way to figure out ways to pretend like I was practicing or practice just enough that my teacher (and mom) wouldn’t know that I wasn’t taking it as seriously as they may have preferred.

Curiously though, I still had a strong passion for music, despite my feeling towards some of the piano lessons I was enrolled in, at the time. I loved listening to music and some of my most enduring memories of my early childhood are listening to music in car rides on the way to school or to visit relatives. It was a visceral experience to hear different sounds woven together to illustrate stories and feelings that, in most cases, I was too young to understand. This also happened to be around the time of the late-90’s boy bands. My friends and I would sing along to those songs, and that’s when I first felt the magic of singing in harmony with other people. It was a feeling I would never forget.

I had always been fascinated with the guitar but beyond passing attempts to learn it, I didn’t really have a strong foothold for developing a overwhelming passion for it. One day, a friend gave me John Mayer’s album “Room for Squares” around the 11th grade. It was the first time I was introduced to guitar-driven singer/songwriter music or really any guitar-centric music. I became obsessed with the instrument and began to do deep dives on music genres I had never really known before except in passing. This included everyone from Bob Dylan to Jimi Hendrix to Prince to Jeff Buckley and so on. It was like a whole new world had opened up to me and I jumped in headfirst.

I tried my hand at the singer/songwriter life and put out two albums but a major accident sidelined me for almost six months. I had done as much as I could to be the next big San Diego-based singer/songwriter, but that just didn’t seem to connect with me as much as just sitting around entertaining people with songs they already knew.

I always had a knack for being able to pick songs up quickly by ear, which probably came from my years of piano lessons (and later getting a degree in music theory) and in 2013, I was given an opportunity to play at a bar in Little Italy for three hours. I initially thought there was no way I could entertain a room full of rowdy people for three hours with my singer/songwriter material, so I began developing a catalog of top-40 hits. I’ve been doing that very thing at venues all over San Diego for the better part of 10 years as a solo act, a duo, and now, a full band, The Local Nobody’s.

I try to approach art from a few different perspectives on an aspirational level. On one hand, it is a way for an individual to express their authentic selves through means that are meant to connect with others on a primitive level. On another hand, artists are meant to inspire people through expression of what is possible in the human experience, even though that is sometimes challenging to digest. Though there are many other perspectives to view art, if we, as a society, believe these things to be generally true, it is in our best interest to appreciate the art and artists that create in whatever way we can. While money and financial security seems to be at the forefront of most people’s minds when it comes to supporting art (and it is important), what I have been seeing recently is a decline in the general appreciation of art on a basic level. It feels like art in many of its forms has become ephemeral to the point where it is almost expected from creatives without any regard for the time or effort that went into the art itself. I think, in a way, this disregard for the existence of art has given people license to dismiss it out of hand when it is not what individual consumers of it immediately “want”. 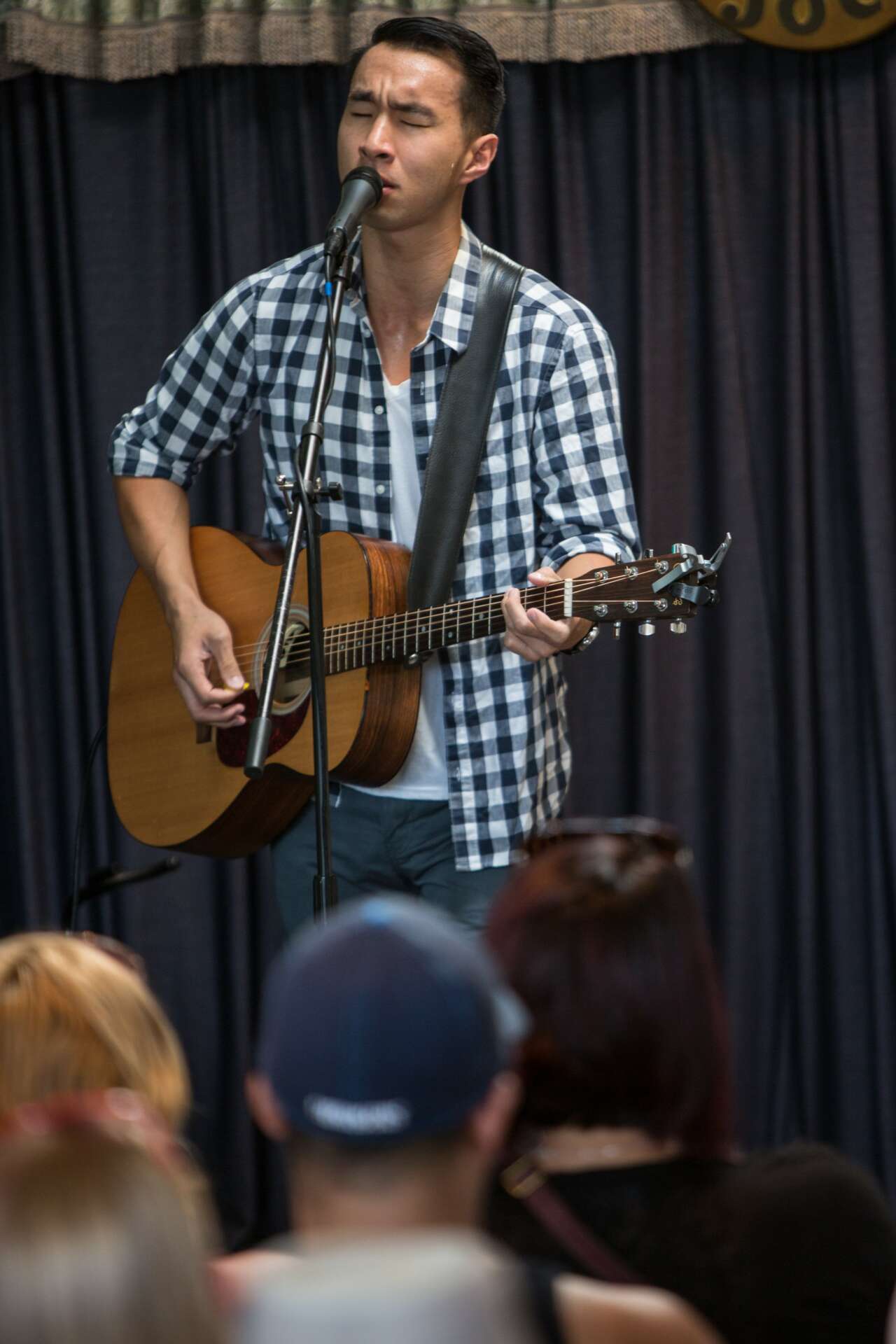 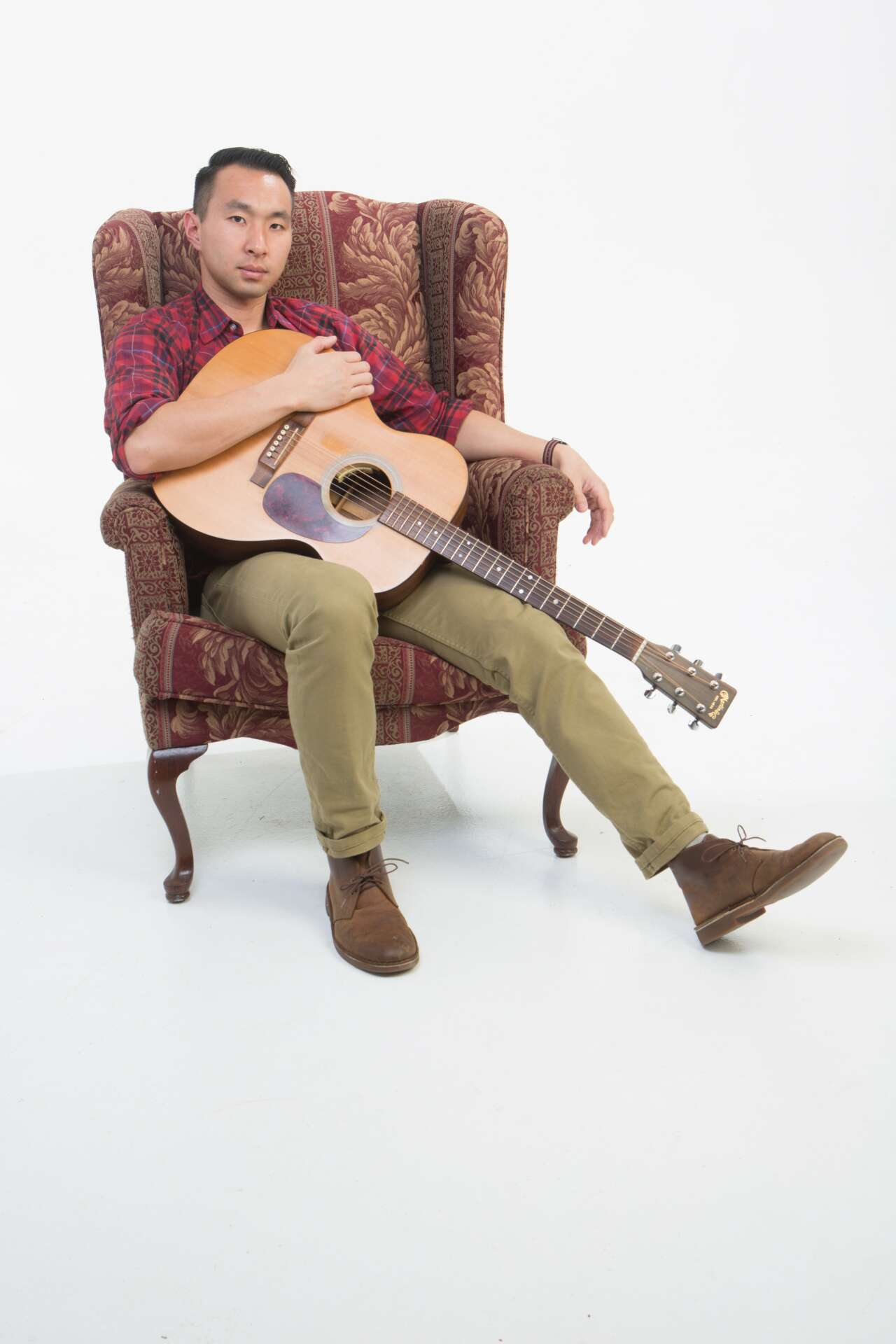 The mission for me in being a musician has been the same since I started playing music- I just want to continue to learn new things. Over the years, I’ve slowly collected new goals and they range anywhere from overcoming stage fright to learning to be a competent jazz player to being a good band leader. For me, the joy in music is becoming the best version of me as possible. I’ve been extremely lucky to see so many talented people who regularly inspire me and those people drive me to be better every time I pick up a guitar or stand behind a microphone.