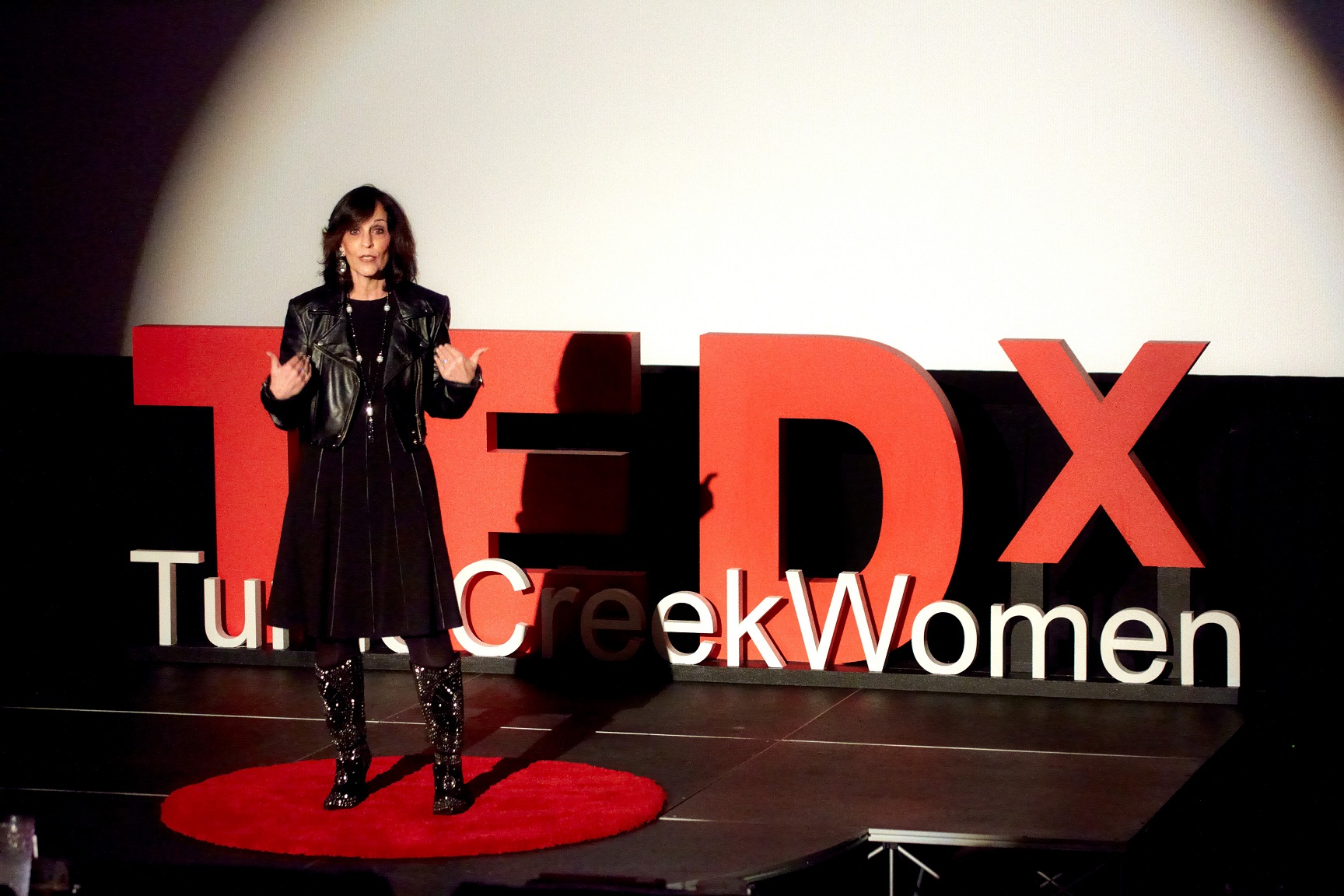 Alright – so today we’ve got the honor of introducing you to Judy Hoberman. We think you’ll enjoy our conversation, we’ve shared it below.

Judy, thanks for taking the time to share your stories with us today Has Covid resulted in any major changes to your business model?

My business is based on my strategic triangle-speaking, coaching and training. I use this model so I stay focused. As entrepreneurs, we tend to be shiny object people. Knowing that I have 3 important services that I provide makes me stay laser-focused on what I do. When 2020 rolled in I was really excited. My calendar was already full and I had more speaking and training on the books for the year and it was just starting. I always have a word for the year and for 2020, it was “SHIFTING”. It originally meant I was shifting into high gear…and then March 13th hit and I realized how relevant that word was going to be.
That Friday, my calendar went from packed to empty in a mere moment. It was nothing that I had done and nothing that anyone could or would ever expect. I was devastated.
My business was collapsing in front of my eyes. I have always done Executive Coaching virtually but being a Keynote Speaker or doing LIVE Leadership and Sales Training…when I realized that I could lose my company, I gave myself permission to grieve…
After 20 minutes, I gave myself permission to get up and figure out what was next and that’s when I went into creative mode to create programs that would be valuable for women and could be done virtually. That’s when my business model took some revamping and I developed programs that were not on my radar but have now become staples-Panels of Exceptional Women, Women’s RoundTables and The Executive Women’s ThinkTank. 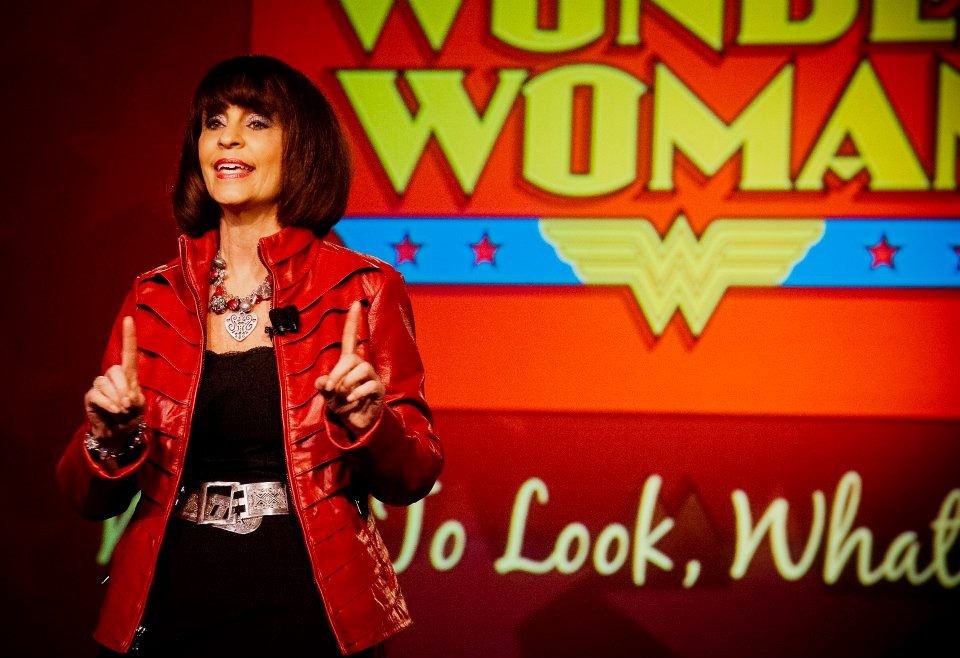 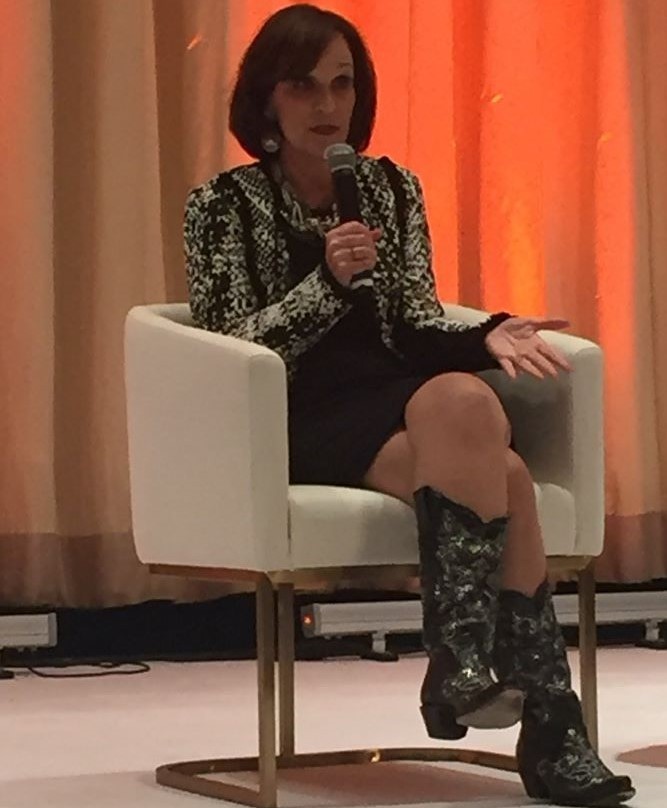 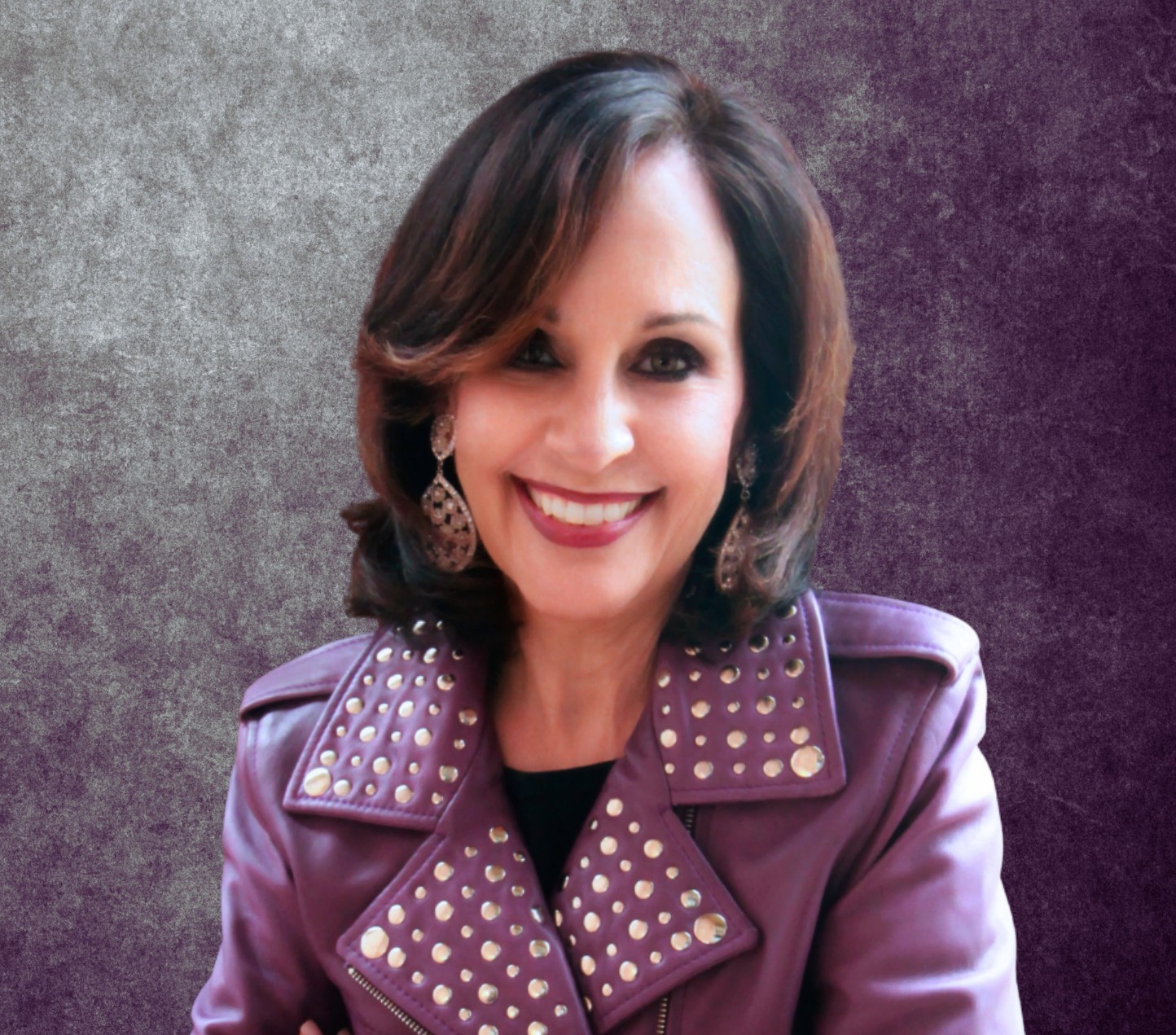 Judy, love having you share your insights with us. Before we ask you more questions, maybe you can take a moment to introduce yourself to our readers who might have missed our earlier conversations?

A wise woman told me that if you go back to when you were 5 or 6, something that happened then, brought you to where you are today. When I was that age, I wanted to be around my brothers, doing the things they would do. I was naturally curious. My father reminded me that “girls don’t do that”…and would take me by my pony tail and move me out of whatever they were doing. Let’s just say, I didn’t give up after one try and that message was loud and clear. As I grew up and went into many different fields of work (commercial roofing and sales for instance), it was always in male-dominated industries…and that message was always in the back of my mind…”girls don’t do that” and I was reminded by many men who could have been my father.
When I finally found a home in the world of Insurance, it was once again a place where I was the only female for quite awhile. I was not wanted or welcomed except that I checked a box. In sales, you don’t show up on the popularity chart until you start producing. Once I did, everyone wanted to talk to me to figure out what secret I had to write so much business and that it stayed on the books. My secret was to stop selling and start building relationships!
I was promoted to a Sales Leader and then Agency Manager, where I also had to recruit, train and retain agents. I loved it and grew my Agencies, which now included women…and lots of them. I trained both male and female agents about the “soft” skills, way before that was even a term.
At one point I went into the Corporate side and knew I was missing something…so I resigned and sat myself down and asked myself…if I was starting all over, what would I have wanted. The answer was clear…I would have wanted someone that looked like me…not physically, but a woman that would have extended her hand and shown me the hiccups and speed bumps. She wouldn’t have prevented them, but maybe she would have showed me how to navigate them. The problem was, there were no women there.
So, I became that woman and my mission has always been to help one woman a day by following an important philosophy-“Women Want To Be Treated Equally…Not Identically”®

Back to my father…remember his message was “girls don’t do that”…When I was getting ready to graduate high school, I was sitting at the breakfast table and in front of me was a white envelope with ribbons and bows on it. I opened it very carefully so I would not ruin the wrapping. (I WAS a perfectionist at that time) It said: Congratulations you have been entered into Miss Queens Beauty Contest. It was from my father. Really? I had just finished having a conversation about going to medical school. And, I never considered myself beautiful so there was that. Of course I un-entered myself and he re-entered me. This ping pong game went back and forth a few times until…

He sat me down and said “You need to enter and you need to win, because all you are is pretty, and that’s all you will ever be…you won’t amount to anything more anyway.”

I’m not sure if you felt that jab, but that message was a lesson that I lived with and carries with me as a woman in business. Can you imagine what would go through my mind every single time I stood up in front of a group to speak or do a training? Can you even think about what was going on inside of me and how I had to talk to myself and rewind those tapes? I knew I had an important message to share with women and to encourage men to champion and advocate for them.

At some point I learned how to remind myself that I’m awesome and I was the hardest one to convince. I have never told that story out loud to anyone and I decided to share it so that other women and young girls would be reminded how awesome they are.

In 2016 I was approved to deliver a TedxTalk and THAT is where I told my story for the first time. Crazy yes! Scared for sure! But..it was the best way to unlearn that lesson and release those limiting beliefs. I will say that when I practiced the story, I was transported back to when it happened…over 4 decades ago. I also know that when I delivered it, I unlearned that lesson that happened over 4 decades ago. 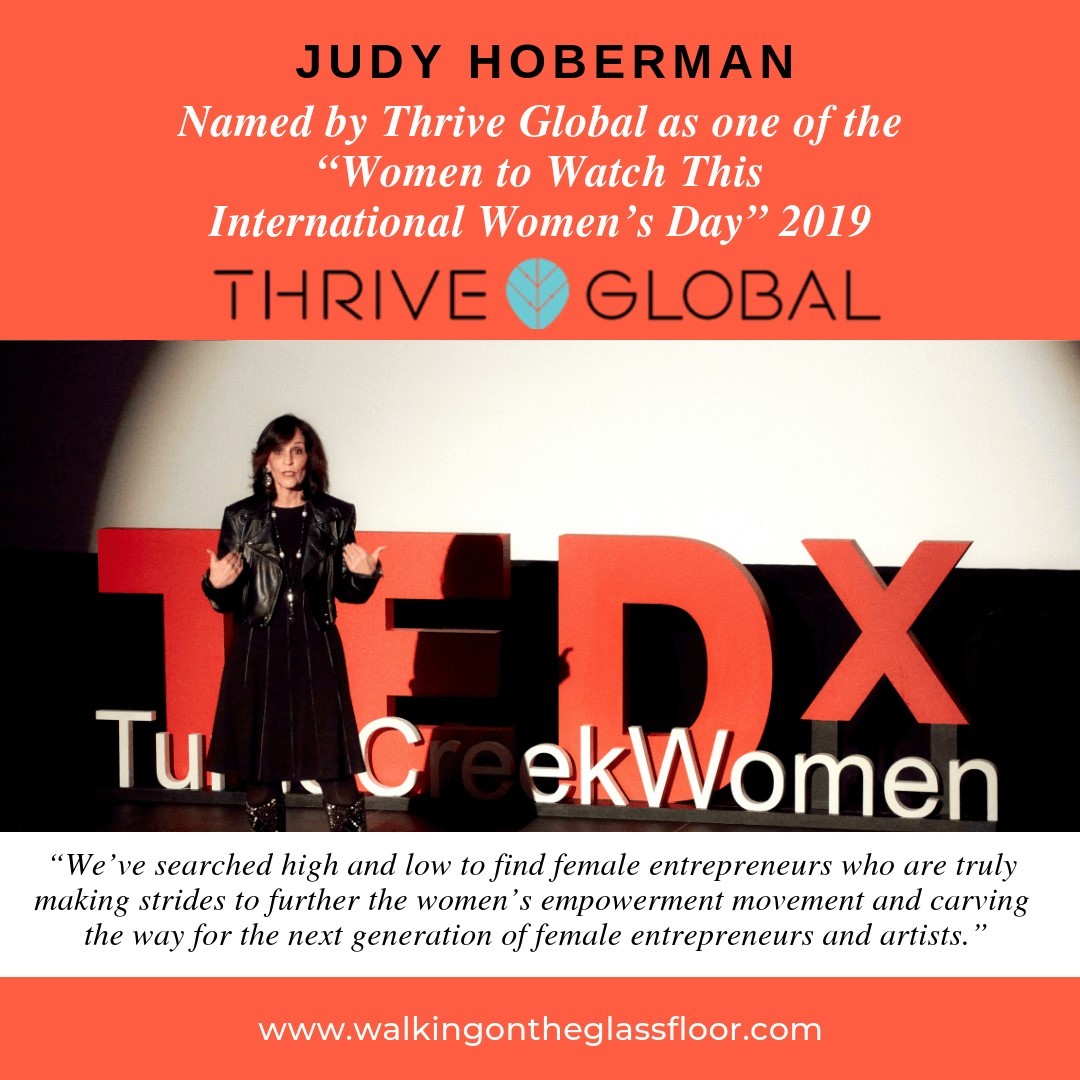 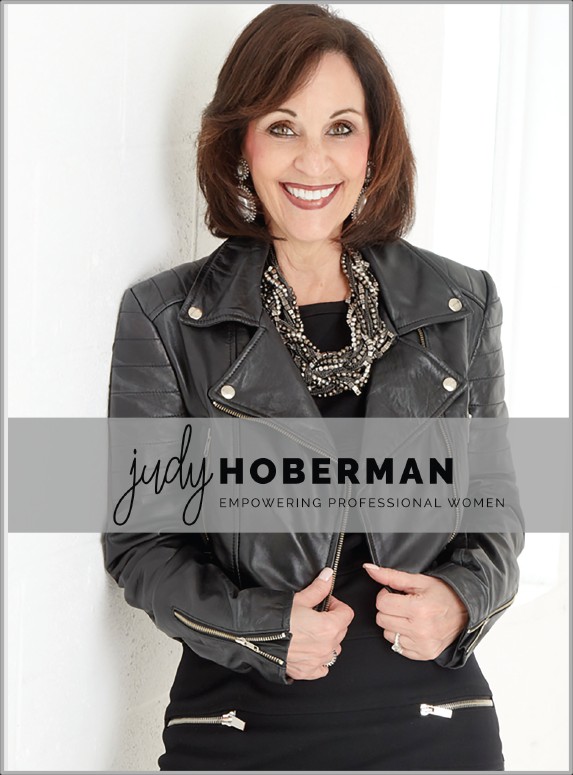 Any fun sales or marketing stories?

In the height of my insurance sales career, I would have a minimum of 20 appointments a week. I was told by my manager that was what was needed to be successful and I was a great student. I was a single mom and being 100% commission based, I listened to those that knew the business.

One day I had an appointment with a woman who had a videography business. When I walked into her office she glanced at me and looked down. She told me to start with the information, so I did. I asked her questions and she responded, still head down. I asked her more questions and even though I received answers, I thought it was both odd and rude that she never looked up. She was ready to fill out the application and again…no eye contact.

When we were done, she looked up and said, “I bet you thought I was being rude with my head down the entire time you were presenting me with your information.” For a split second I wondered if I had said that under my breath. She continued and said, “The moment you walked in, I knew there was something different about you so I have been putting together a list of people for you to call. These are my personal friends and colleagues and I will contact them first and let them know you will be calling.” Ok now I looked for the cameras to see if I was on a show or something.

No, she was real and sincere and extremely generous with her referrals. You just never know how your business will happen…or from where.