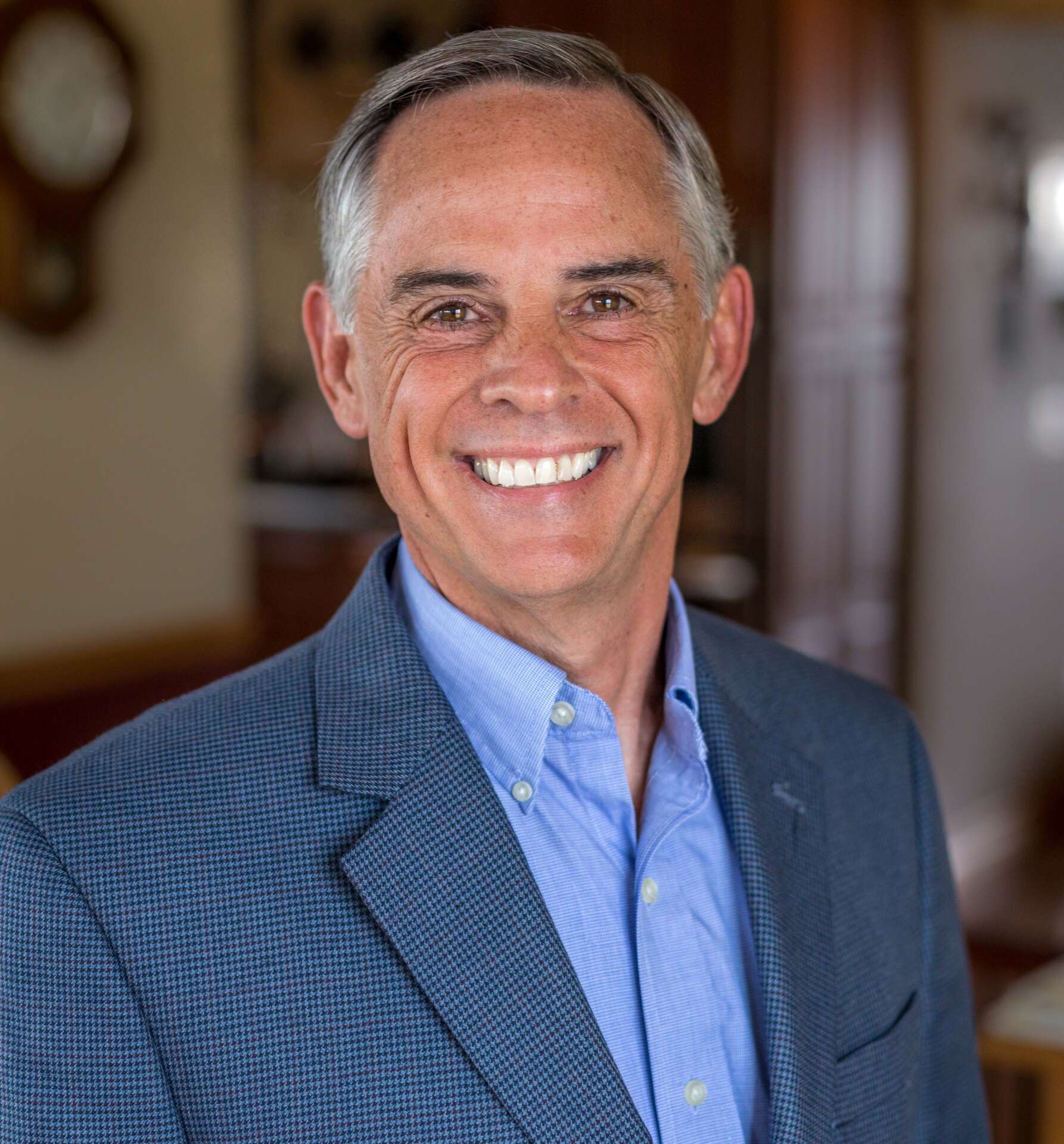 We were lucky to catch up with John Miller recently and have shared our conversation below.

Alright, John thanks for taking the time to share your stories and insights with us today. Let’s start with the story of your mission. What should we know?

Born in 1958 in Ithaca, N.Y., my dad, Jimmy Miller, was the Cornell University wrestling coach and a small-town pastor. This is probably why I find it so natural to coach and teach!

At 18, I asked 16-year-old, Karen, on a date and we married in June 1980. After being hired by Cargill off the Cornell U. campus to be a “grain trader,” we lived in three states in five years, finally settling in Minneapolis, MN. In early 1986, I began a new career providing leadership and sales management training to Twin Cities’ corporations from all industries.

I was the salesperson AND the facilitator of the training.

This is how and when I created QBQ! The Question Behind the Question. Throughout a decade of selling and facilitating training for executives and managers, I discovered the incredible need for personal accountability. In 1995, I chose to become a keynote speaker, titling my sessions “Personal Accountability and the QBQ!”—even though some people told me that “personal accountability isn’t a topic.”

But, my speaking career took off and I began writing books, gaining the new title of “author.”

In late 1997, the Miller family left Minnesota for Denver, Colorado. We have seven children—six girls and one son. We achieved four “the homemade way” and in 2000 gained three through adoption. Karen and I now have 13 grandchildren!

Together we wrote the book “Raising Accountable Kids.” 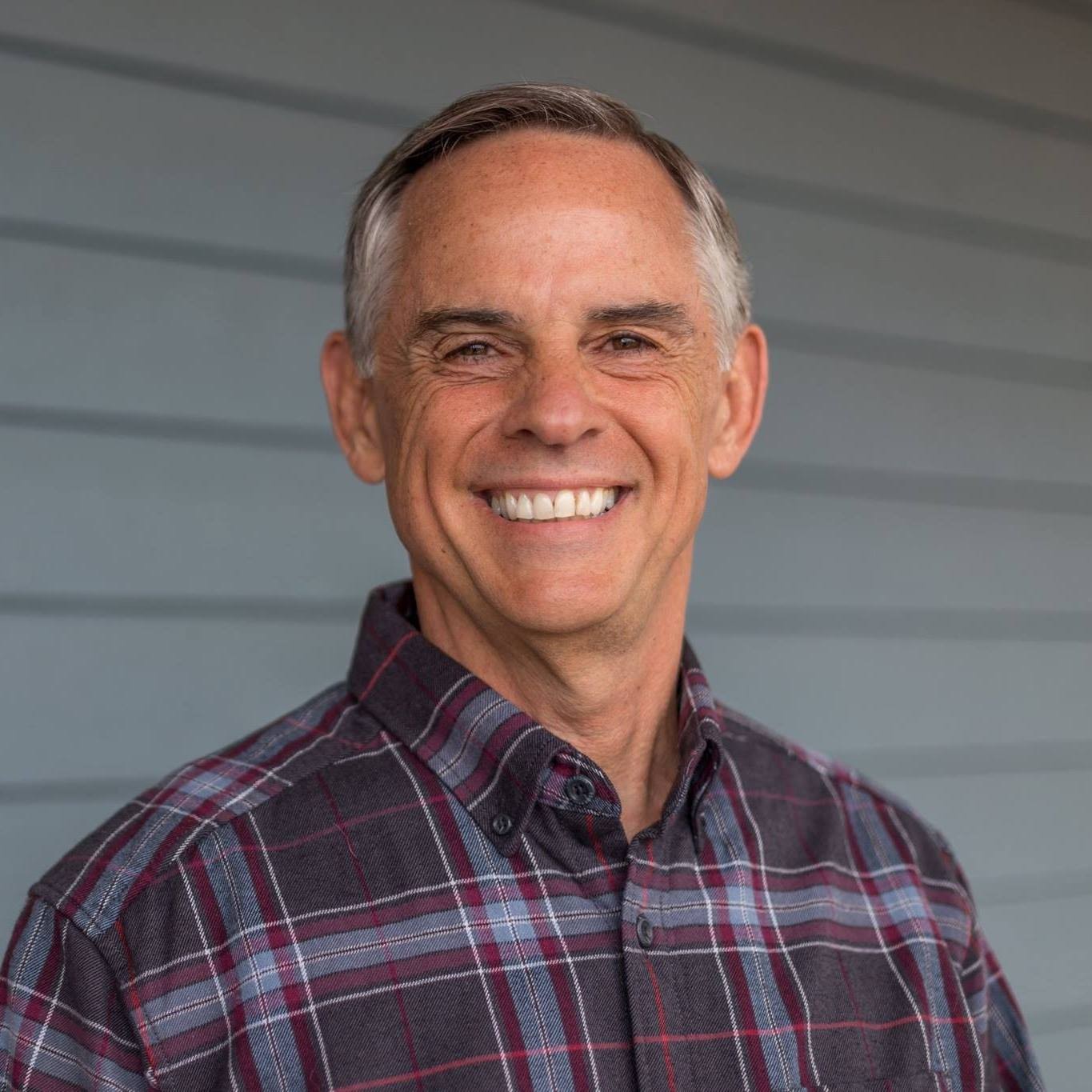 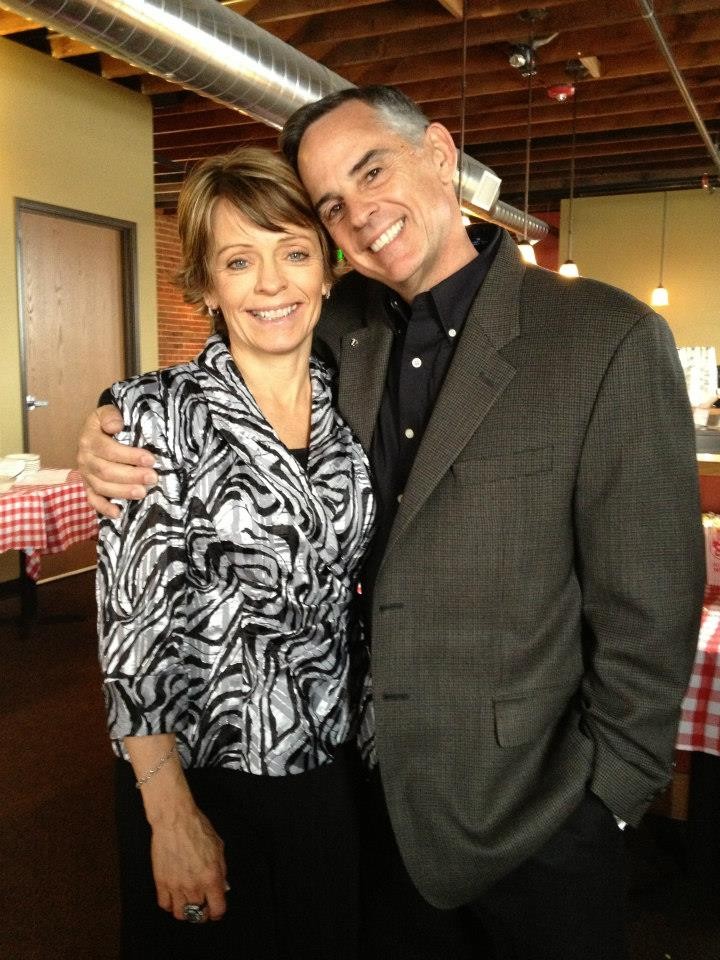 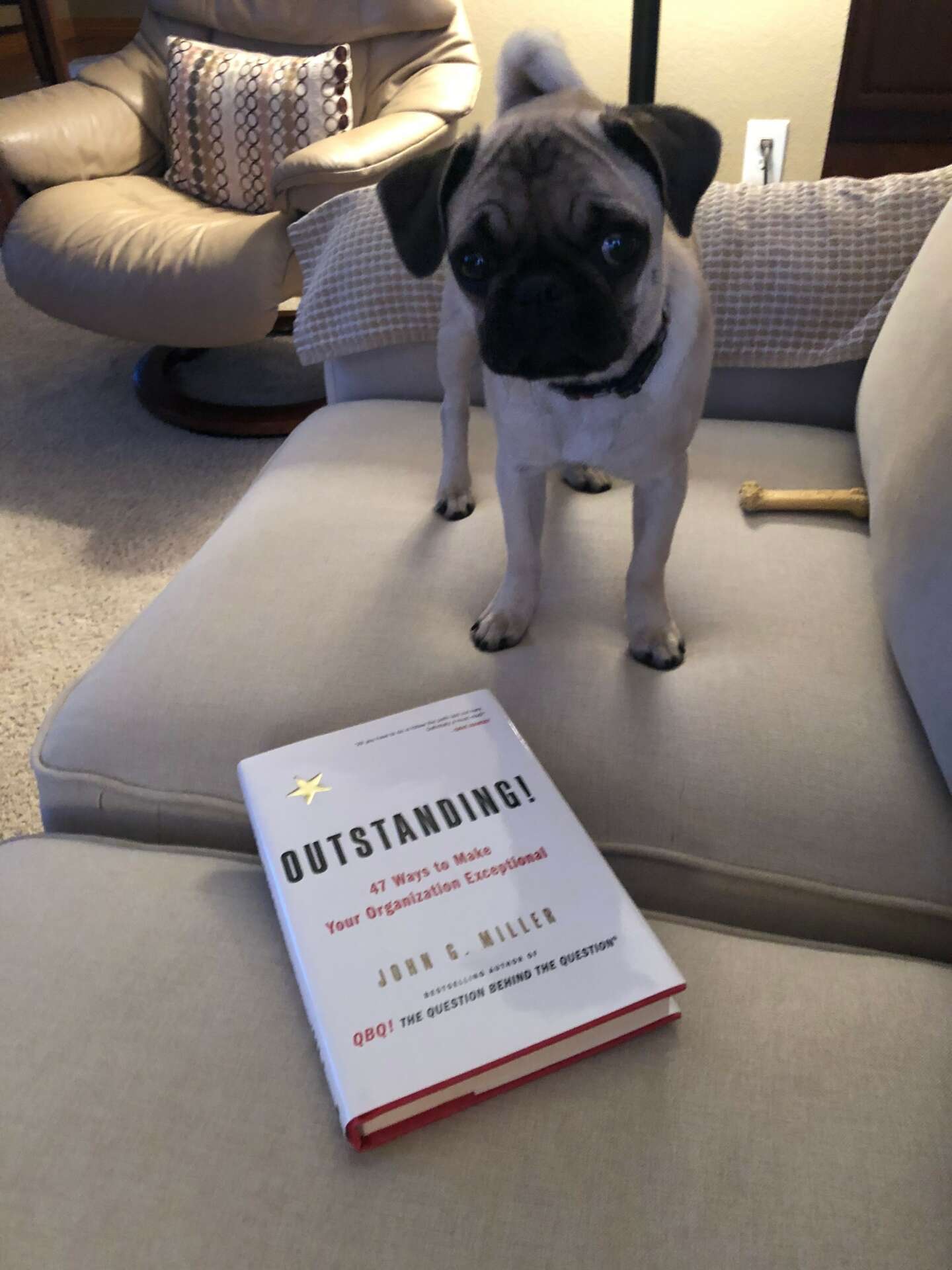 John, before we move on to more of these sorts of questions, can you take some time to bring our readers up to speed on you and what you do?

When I first began to see the need for more personal accountability in organizations, never did I dream it would become what it has become: a book called “QBQ!” that is employed in corporate settings, nonprofits, churches, counseling/therapy, and even in prisons.

Now, as QBQ, Inc. we provide the marketplace live sessions through our speaking, a training program clients can implement in-house, and lots of books. All found at QBQ.com.

When I was first interviewed in 1986 for a sales position of leadership/management training, my future sales manager asked, “So, John, how do you feel about cold-calling?” Later, after hiring me, he said my response made the difference. I’d answered, “I don’t think I’ll like it – but I’ll do it.”

I became a cold-calling machine by phone. At my desk by 6:30 am to reach executives, getting past their admins who weren’t in yet. Still phoning people after close of business that eve. I made 30, 40, 50 phone calls a day, hoping to set at least TWO appointments for in-office sales calls to offer my firm’s training programs.

I recall one day, returning from a rare out-of-town training session at midnight Sunday and getting to my home office desk the next morning by 6:30 – and being hung up on. Hey, it happens. I was tired, frustrated, drained – I remember literally putting my head down on my desk all alone, muttering, “Wow, this is hard.”

And it was. But, I wanted to win so I kept making the calls, made the sales, discovered my QBQ! content … and here we are decades later. :-) 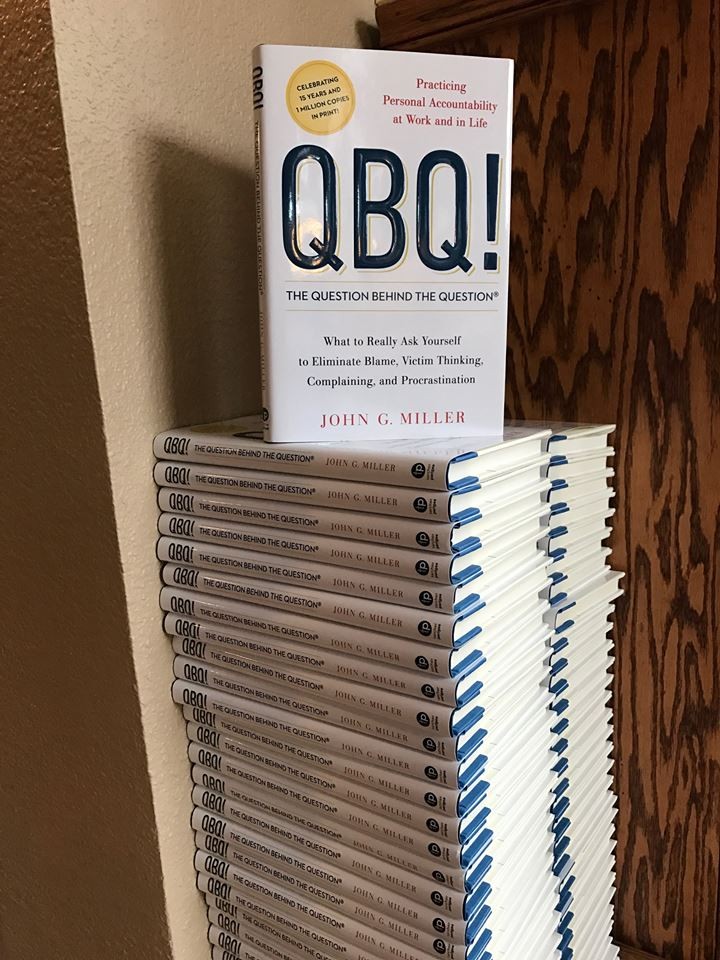 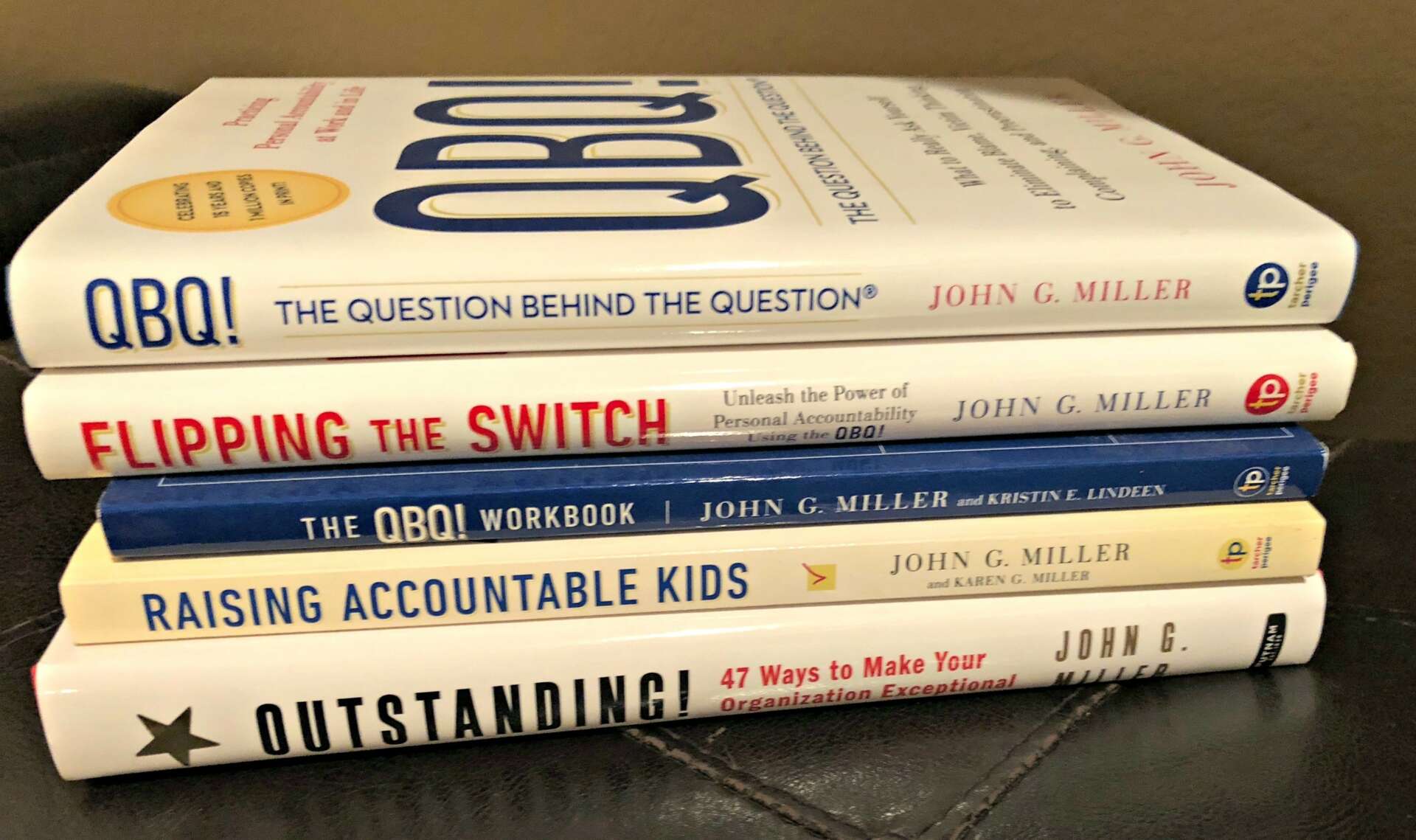 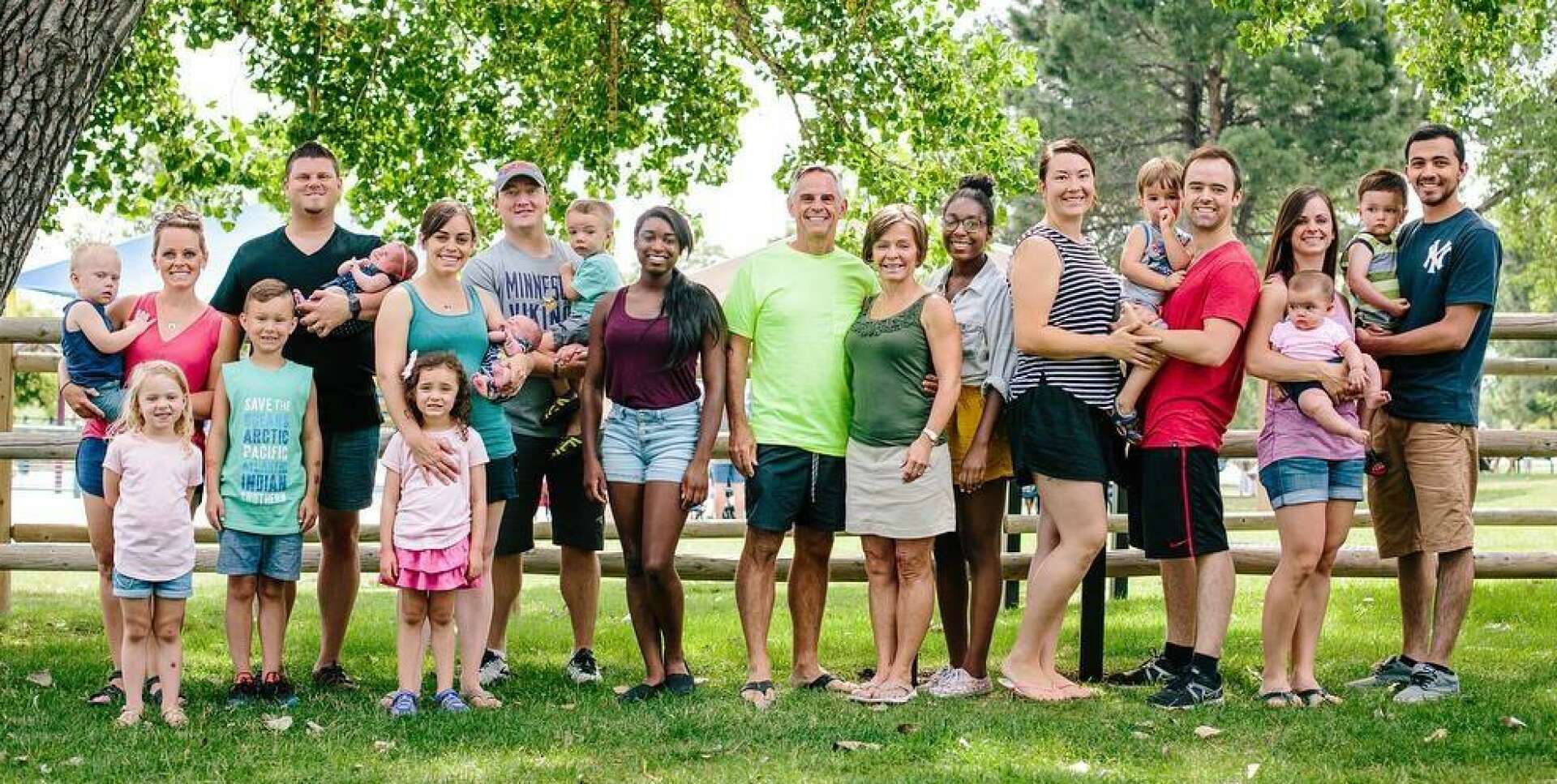 I am tenacious. It’s my nature. But, our strengths become our weaknesses when overused. I recall one prospect wanted to hire me. He said, “John, you hold on like a bulldog and that’s the person I want on my sales team.” But another potential client taught me I was bugging him so much he’d decided not to buy from me.

So, the lesson is pushing and selling and prospecting are all good … till they’re not. Sometimes, one has to let go.