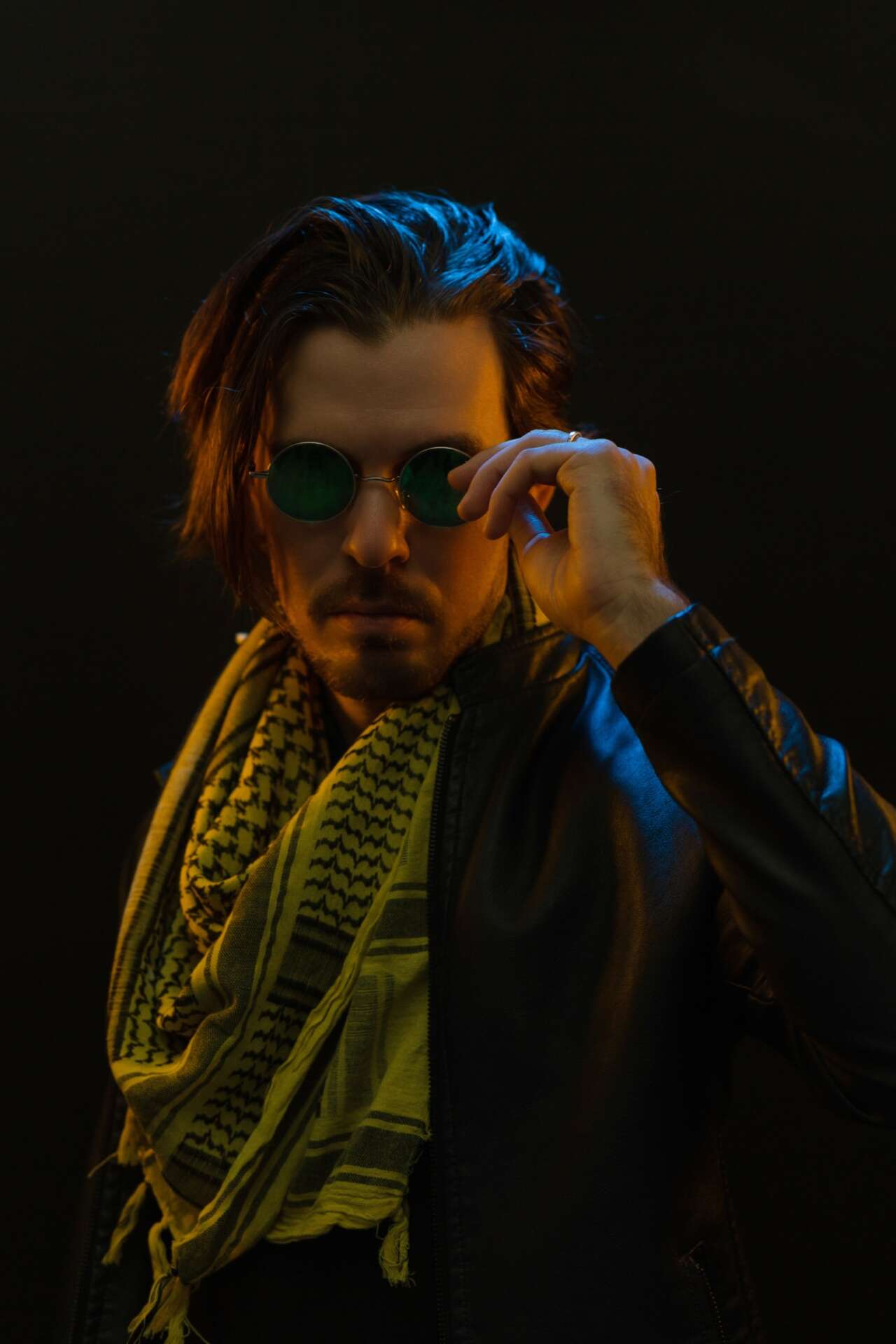 We caught up with the brilliant and insightful John Francis McCullagh a few weeks ago and have shared our conversation below.

John Francis, thanks for joining us, excited to have you contributing your stories and insights. What’s been the most meaningful project you’ve worked on?

As of this date, my most meaningful project has been, and still is, my first feature film DEAD HAND. My business partner, Timothy Stevens, and I created our company Spectrograph Films (www.spectrographfilms.com) in December of 2019. The company’s goal is to create our feature films, but we needed funding. We both created business plans and pitch decks for our own respective films, but we faced two major roadblocks to getting those films funded. The first, as many can relate to, was the start of the COVID pandemic. Practicality of shooting in that time aside, investors and companies were holding tight to their finances as the future was uncertain. The second roadblock was that neither of us had directed a feature length narrative before. Years of industry experience and award winning short films may win some favor with investors, but rarely leads to a proper investment check. When it comes to getting funding for a feature film you face a sort of Catch-22: You need to have made a financially profitable feature film to prove to investors that you’re a risk worth taking, but to make that film you need money. As a first time director, how do you go about that?
Timothy and I eventually came to the conclusion that we would just have to figure it out ourselves. We each came up with new scripts that we could potentially make with our own limited finances and with the help of dedicated colleagues. We shot his feature, The Ghost Lights, in about 12 days for only about $7,000! We then managed to raise a bit more money on Indiegogo to help pay for post-production costs. Now, we’re about to sign a distribution deal for the film!
We began shooting my feature DEAD HAND about two weeks after we wrapped on The Ghost Lights. However, I knew DEAD HAND was going to take much longer to shoot as it’s an action-comedy full of long fight scenes. We shot the film in 35 days, but due to scheduling challenges it took us 6 months to do so!
I spent about $6,000 total on production, and then managed to raise $10,000 through Indiegogo for post-production. I’m now editing the film and hope to have the film completely finished and entering festivals by summer! To check out a trailer, visit: https://www.spectrographfilms.com/dead-hand 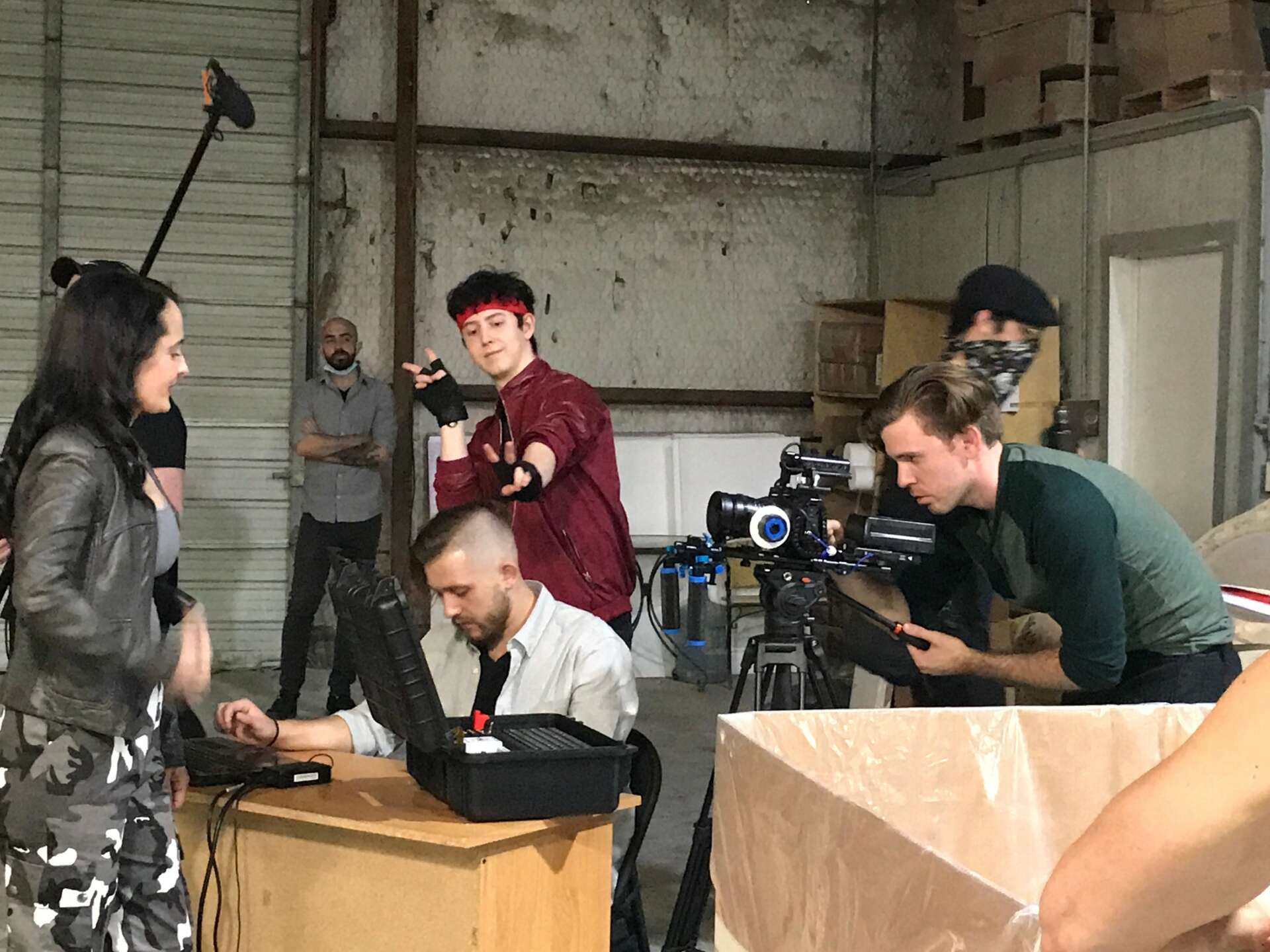 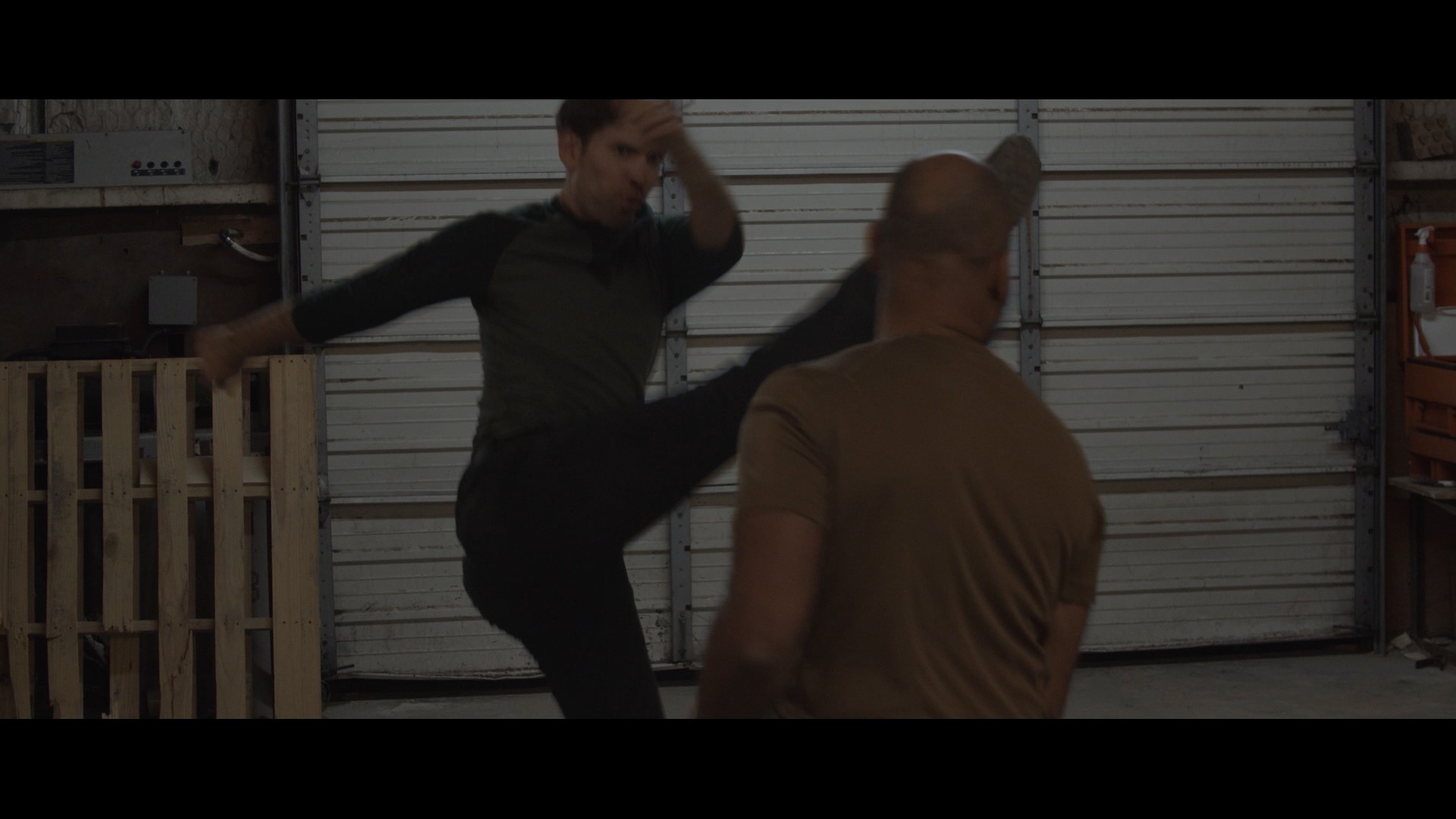 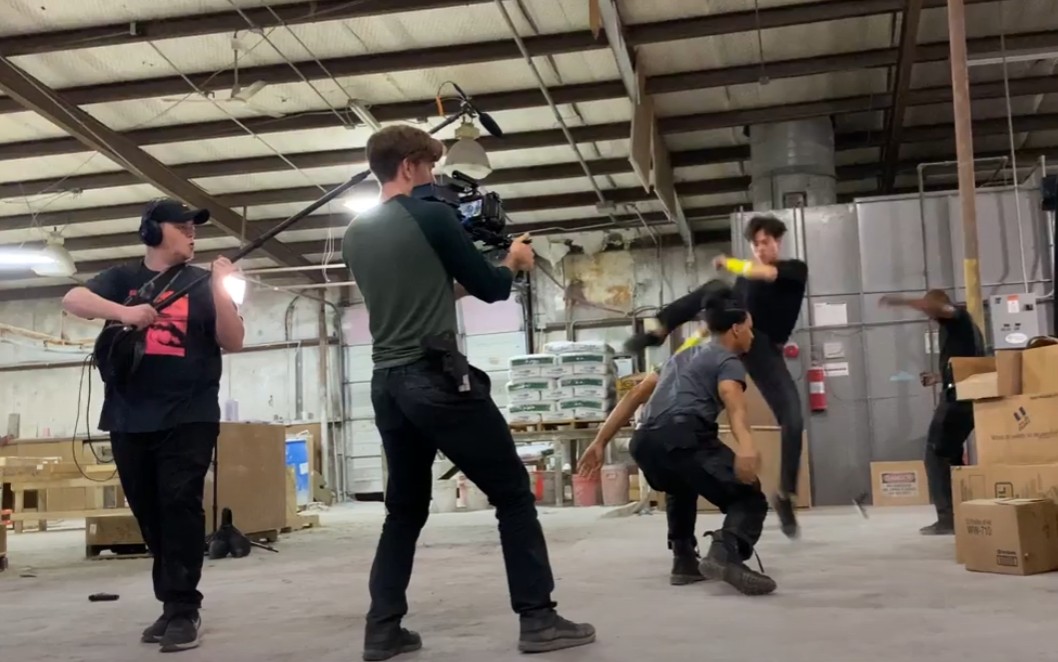 My name is John Francis McCullagh and I am an independent action film director! I write, direct, produce, act, and do my own stunts for my martial arts action films. I am the co-founder of the Dallas, TX based film company Spectrograph Films with my business partner Timothy Stevens. I was raised in a family of artists and grew up watching movies. I knew when I was four years old that I wanted to be a film director. Over the years I also fell in love with acting and martial arts, especially Hong Kong style kung fu action.
I trained Iaido with my late father for several years and have been training kung fu at Lee’s White Leopard Kung Fu on and off for about ten years now. I met my co-choreographer Brandon Yates at my kung fu school.
Along with co-producing feature film projects with my business partner Timothy, I am now the Texas chapter lead for the Rising Star Stunt Team. I’m working with Brandon Yates to build out a stunt team here in Dallas and to help expand Rising Star in Texas.
One of my skills that I’m most proud of is how quickly I learn and progress. I feel that each of my projects is markedly better than the last. I focus a lot on fine details, which helps me learn things quickly, and helps me learn from what worked or didn’t work when analyzing previous projects. I’m proud of my first feature DEAD HAND (currently in post production) and what we were able to accomplish in it with limited resources and self-funding and excited for the world to see it! However, I know that I’ve learned so much from it and that my next film will be leagues better. I love to learn and grow as a director and actor/stuntman.

I feel as though most non-creatives view pursuing art as frivolous and financially irresponsible. They don’t see it as a real career choice. However, these same people often spend a lot of their free time enjoying music, binging the latest Netflix hit, seeking out finely made fashion, and so on. Every single person benefits from art. Art makes life more enjoyable. Art allows us a safe emotional release when we’re sad or frustrated. Art can provide comfort and safety, or help us better express who we are as individuals. Stories and music and fashion have unified societies from the beginning of mankind. Where we once sat around a fire listening to stories we now sit in a theatre watching films together. Pop culture is an integral part of our unified culture. Art connects us. However, with many non-creatives, there’s a mental disconnect between art and the artist. To them, art just seems to exist, and they neglect the fact that art comes from these artist they brush off as frivolous and silly. It’s disrespectful to shame an artist for pursuing their passion then turn around and show your favorite movies to your kids. 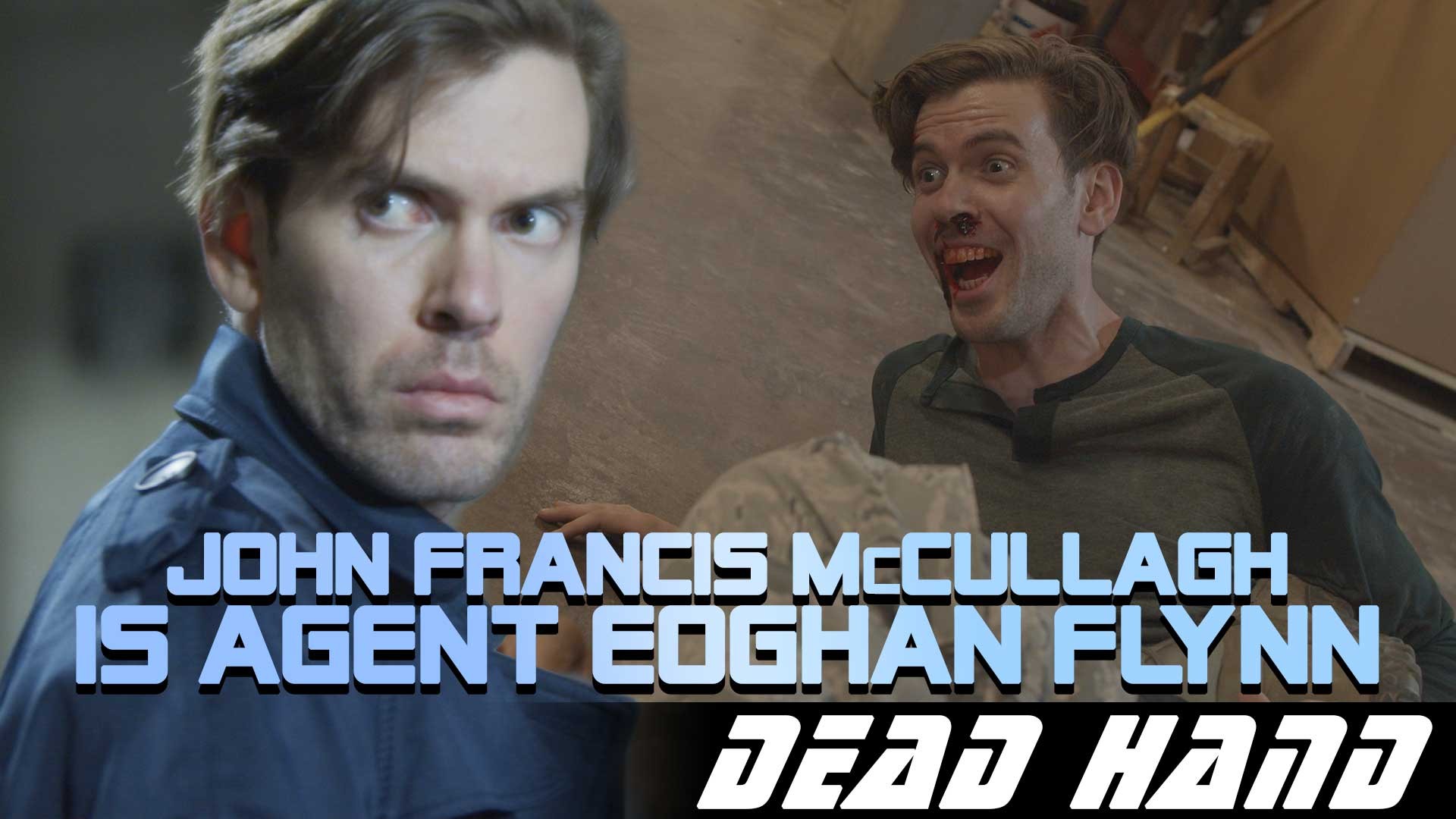 We’re always taught that you need Passion to achieve your goals, art or otherwise. And that is integral! But it’s not enough. A successful filmmaker and a film buff can have the same amount of passion for filmmaking, but the key difference is that the successful filmmaker actually made things happen. We can get in this mental trap, especially if you’re introverted like me, of making all these plans and working on ideas. We can get in this trap of practicing and practicing our skills and waiting for the day that we think we’re good enough to actually use them. But there comes a point when you just have to get out and put those skills to use, no matter how unrefined they are.
I’ve spent a little too much time waiting for myself to be good enough, whatever that means. But I realized that I just have to do it. And that was a big inspiration behind me shooting my first feature film. So yes, keep refining your skills and workshopping your creative ideas, but be sure you’re actively making projects and getting them out there. Show the world you’re not just another dreamer, but a creator!

Image Credits
Photos from the film and behind the scenes of DEAD HAND (a Spectrograph Films feature film).