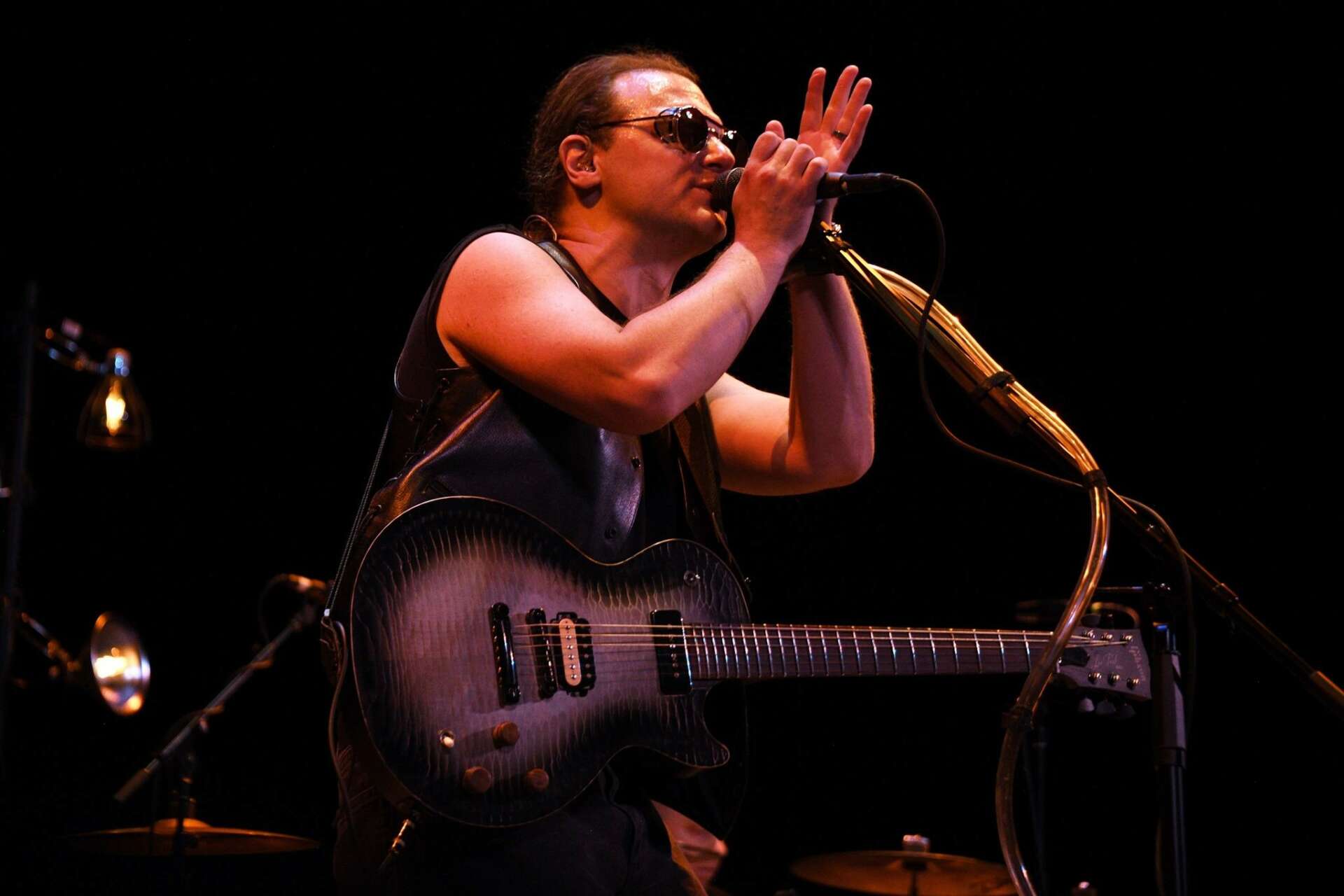 Alright – so today we’ve got the honor of introducing you to Joe Vitale Jr. We think you’ll enjoy our conversation, we’ve shared it below.

Joe, appreciate you joining us today. How did you learn to do what you do? Knowing what you know now, what could you have done to speed up your learning process? What skills do you think were most essential? What obstacles stood in the way of learning more?

When I was around 12 years old, I had decided that I wanted to learn to play the drums like my father, veteran rock drummer Joe Vitale from Joe Walsh, the Eagles, Crosby Stills & Nash, Peter Frampton, Buffalo Springfield & many more. My father knew that if he taught me to play drums that we would have the classic scenario where father & son would bump heads when trying to learn something. He didn’t want that to happen. What he did was send me to one his former students named Phillip Zampino. My dad trusted his teaching ability and knew I would be in good hands. I studied with Phillip for many, many years.

Shortly after I started to learn to play the drums, I wanted to learn how to record my own songs. My parents were always very supportive in what I wanted to learn and for Christmas in 1992, they got me one of those mini porta studios that use tape cassettes to record to. This led into years of learning both from my dad and from my own experimenting on how to record, mix & master music… And I loved every minute of it.

I had a deep thirst for learning all things that were music & film related from performing to recording, mixing, mastering, etc. I would come home from high school and go right down stairs and either practice my drumming and or guitar as I also took this up around the same time, or I would go down and write & record music. It was a wonderful way to express how I was feeling in those days.

Because of everything I had to learn or experiment with, it brought everything I do now into sharp focus. I still love learning new things every day and try to pick up new skills anywhere I can.

Knowing what I know now, and I would say the process is different for everyone, but for me, I would have taken a far deeper dive into all the areas I work in now. You can learn a lot from books and in the classroom, but there is nothing that teaches you more than on the job. Now class work is wonderful and gives you a great starting point to understand what you are doing, but you will learn far more & much faster when you are actually doing it for real.

The skills I felt were most essential in what I do might not be what you would expect. I have an extreme drive to do the best at everything I do, I’m a perfectionist, I have a strong work ethic and in this industry having pure perseverance and tenacity is everything. Those skills are key as well as discipline to work hard.

My amazingly talented wife Kathryn, has also been a huge source of encouragement & inspiration in my life. I am truly blessed to have her as my wife.

There are plenty of obstacles you will face along the way. This line of work is truly a calling & it is not for the faint of heart. Music & entertainment is subjective & you will face hard rejection, bad reviews, low or no turnout to shows, friends not understanding what you are doing, having to sacrifice time to get practice or writing in, working long late hours not knowing if everything you are doing will make any difference at all. This being said, there is a lot of reward, joy & fun in doing this as well, but you have to understand that going into this is a commitment & can be a huge struggle at times. You have to keep pressing through whatever comes your way. For me my faith in Christ is one of the few things that kept me going through all the storms of chaos I faced. Being a recording artist is a hard but it is a very rewarding job, especially when you see the fruits of your labors starting to pay off. 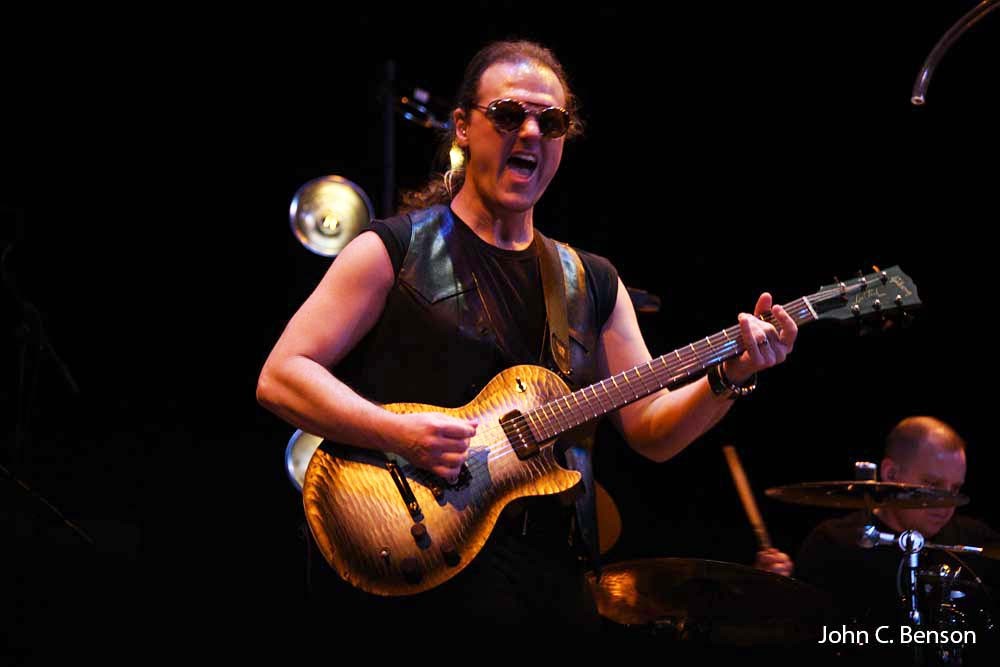 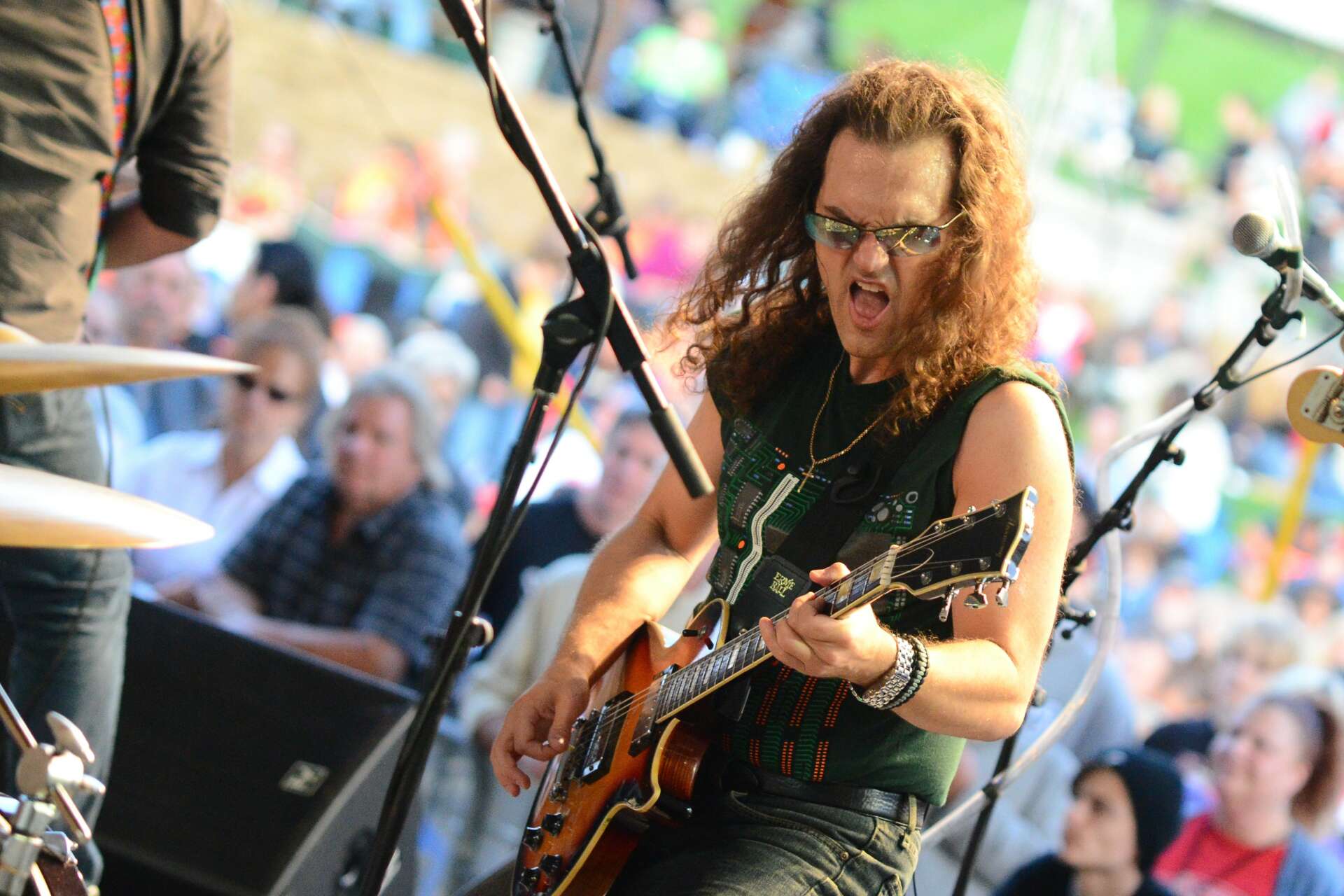 Joe, love having you share your insights with us. Before we ask you more questions, maybe you can take a moment to introduce yourself to our readers who might have missed our earlier conversations?

My name is Joe Vitale Jr and I am the son of veteran rock drummer Joe Vitale from Joe Walsh, the Eagles, Crosby Stills & Nash, Peter Frampton & Buffalo Springfield just to name a few. I originally wanted to be an astronaut when I was growing up but at age 10 I was on tour with my dad with Crosby Stills & Nash. They asked me if I would want to come out on stage and play Tambourine on their hit song “Teach Your Children” which I dove at the opportunity. I was so nervous that I thought if I messed up, I would throw off the band, though I don’t think I was even miced up at the time. And when I walked out on stage before 19,000 cheering people at Blossom Music Center in Cuyahoga Falls, Ohio I knew right then and there what I wanted to do with my life. It would be a couple years before I started to take up the drums & learn to play music, but I already was sold on this life.

From there I spent many years learning to play various instruments and how to record music. Through those years I was asked to fill in for a drummer on two Joe Walsh shows at age 16, I actually was hired by CSN 1998 to perform percussion on tour with them & the Stephen Stills Blues Band. I worked on editing music for Stephen Stills on 3 albums including “Man Alive”, “Just Roll Tape” & “Live at Shepherd’s Bush”. One of Stephen’s songs I worked on called “Feed the People” won a UNICEF Award. Around 2001, I decided I wanted to release an album of my own and spent many years recording it releasing it in 2008. The album was titled, “Dancing With Shadows”. I started to perform out live first solo and then putting a band together.

Currently I perform & lead my personal band Ravenwood, an alternative rock band out of Akron, Ohio. I also am a member of the group called the Vinyl Machine, made of musicians from around the country who perform the music they actually recorded on and artists they toured with. I am also the backup drummer for Donnie Iris and the Cruisers.

Along with this, I am a recording artist of my own now & release music under my name Joe Vitale Jr and under my band Ravenwood. I produce other bands in the studio, I am a photographer, book author, professional laserist, film director, director of photography, film soundtrack composer & film editor.

I would say creativity, constant drive, work ethic, striving for perfection & trying to make everything I do the best it can be is what sets me apart from others. I have been known to start whole projects completely over from scratch many times until it is perfect.

I am most proud of all the work I have done on my music, my band & music/film I work on for others. I love recording music & I love performing. It’s truly in my blood. I’m also proud of the work I have done on other musicians projects and albums in the studio and on tour. It’s great to be part of others work. One project I loved to be part of was on the 2007 Stephen Stills album “Just Roll Tape”. A studio was cleaning out its vault and found this old tape marked Stephen Stills 1968. The Studio got in touch with Graham Nash and I was asked to edit & get the final mix ready for mastering. When we listened to it, it was a lost recording from 1968 which Stephen had some ideas he wanted to get down which turned out to be the demos to what would become the first CSN debut album. This was before CSN was even a band. It was beautifully raw in that it was Stephen on one track and a mic in, not on, his guitar. We left in all the tuning between songs, distortions and kept it true to what it was. It was a brilliant piece of music and this was only a demo. I loved being part of this & to this day it’s one of my favorite projects in the studio. 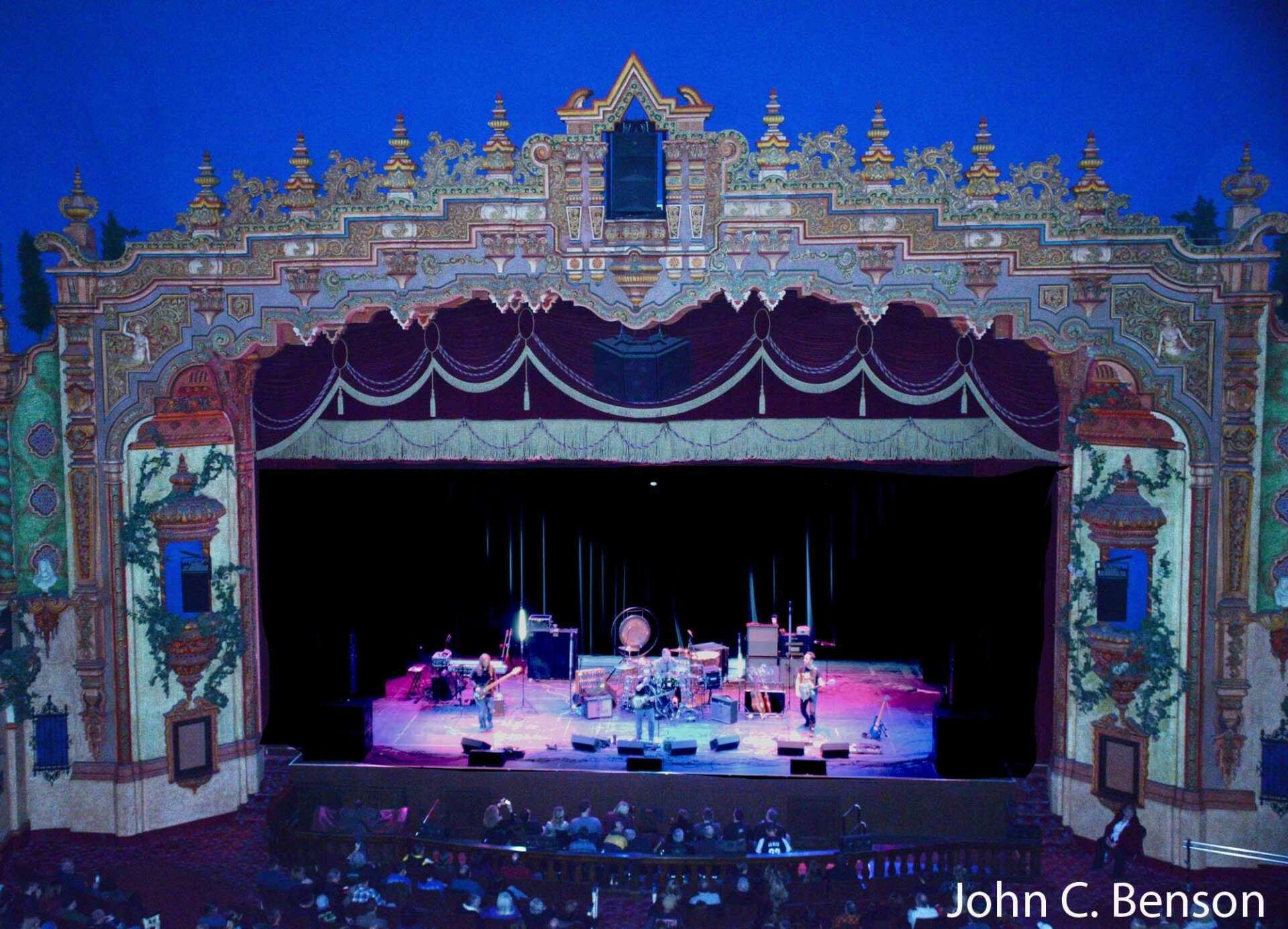 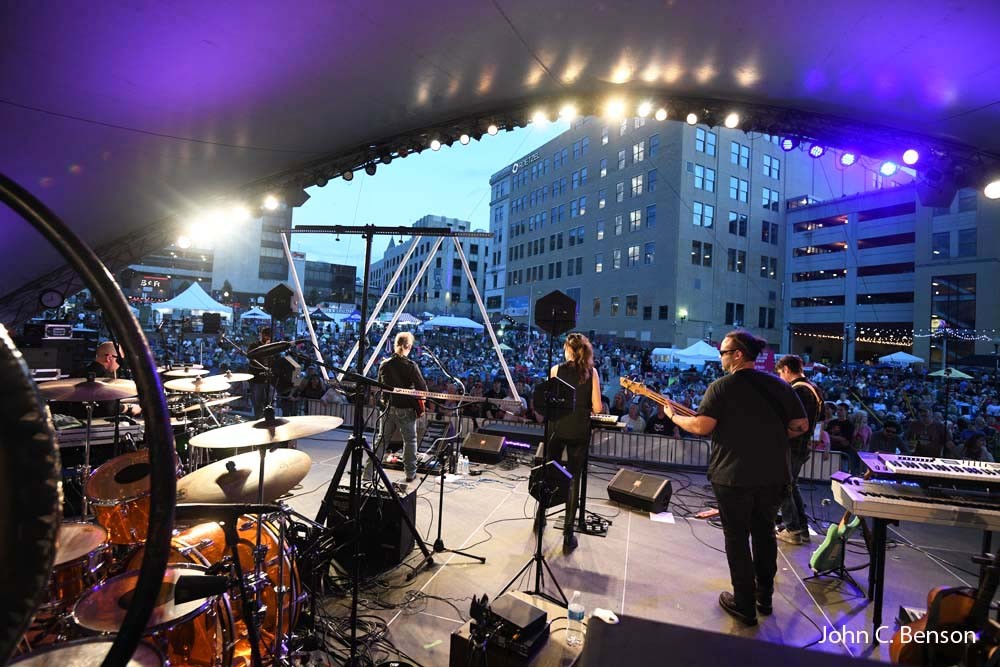 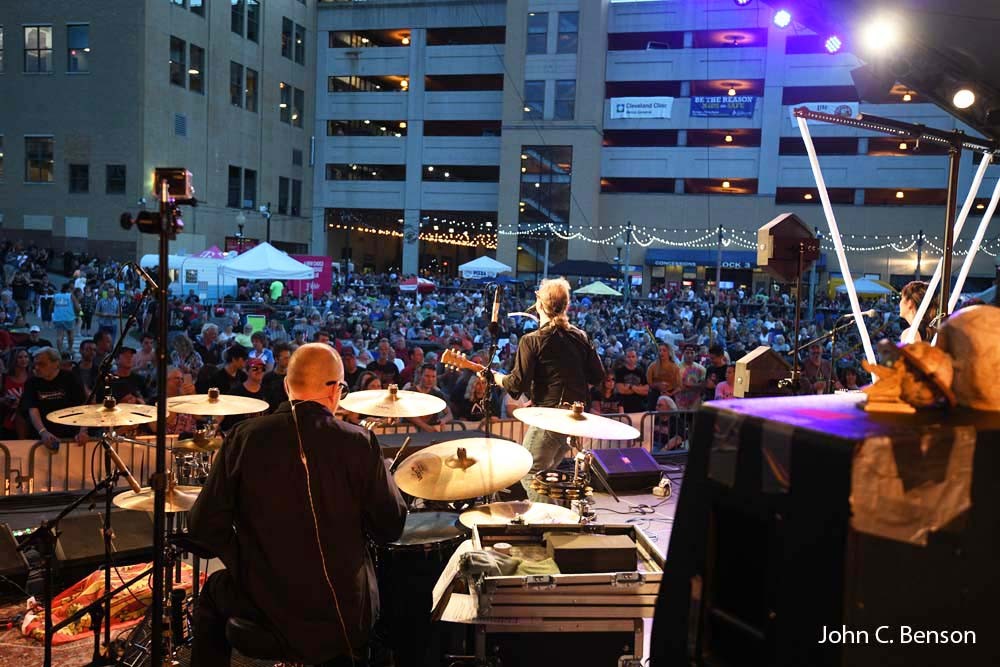 As an artist who loves to be creative in all aspects of their life, I love being able to express myself in multiple mediums from music to film to art & beyond. When I am happy, sad or angry, etc. there is an artistic conduit for that energy to flow into. Letting out emotion, whatever it may be, through art is a way to convey aspects of what you are personally going through in any regard. It is freeing to the soul to be heard & understood. 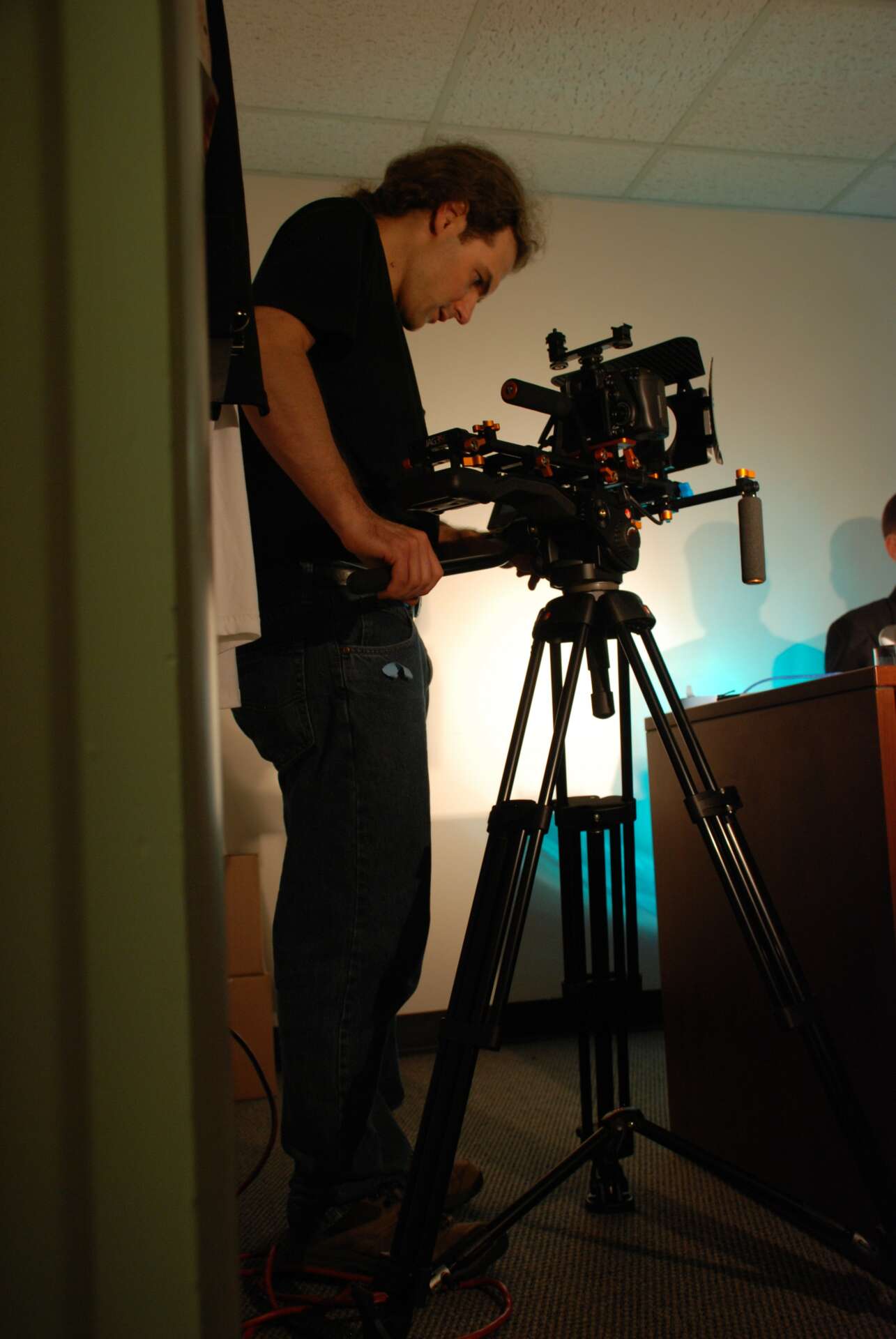 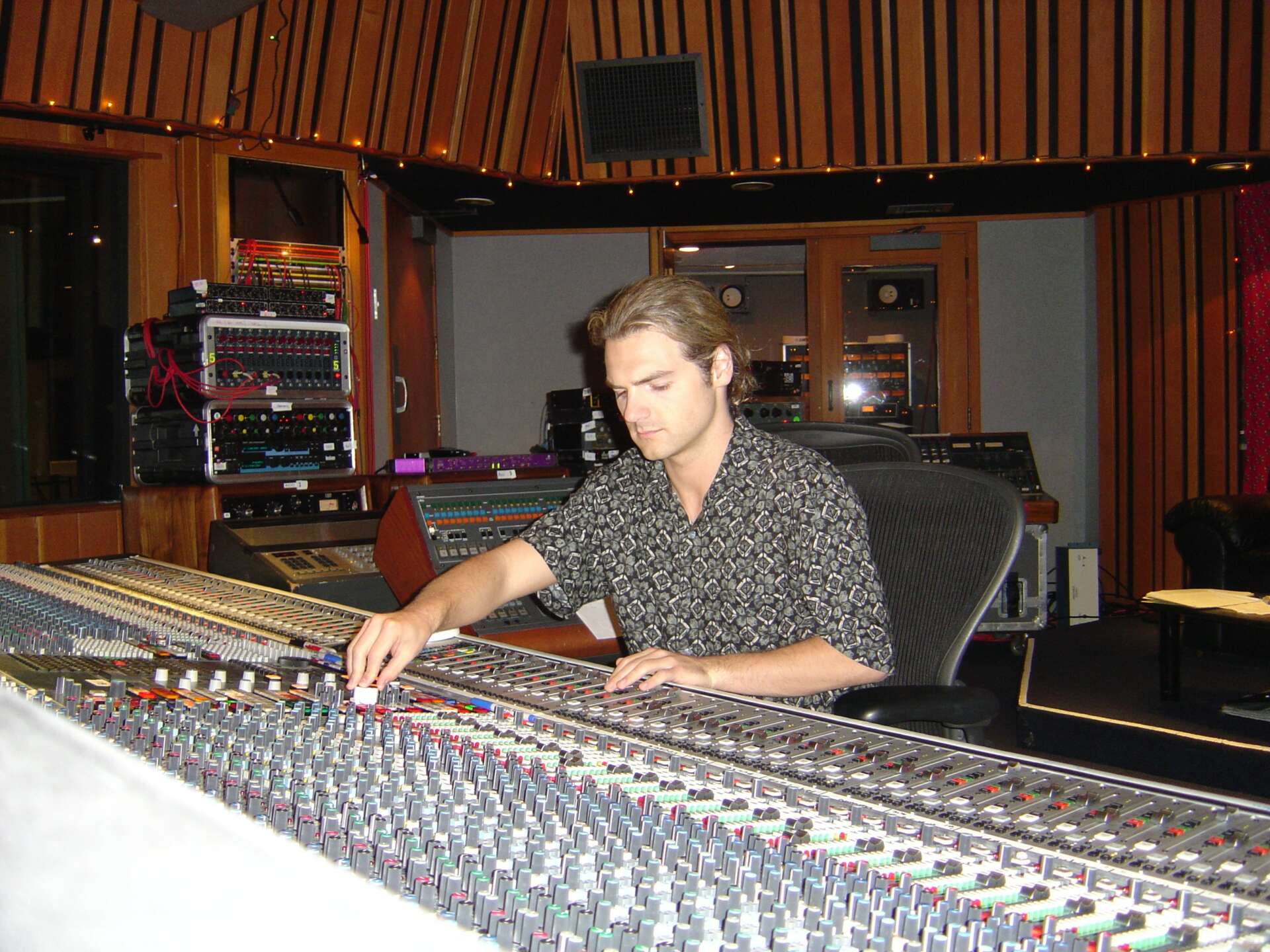 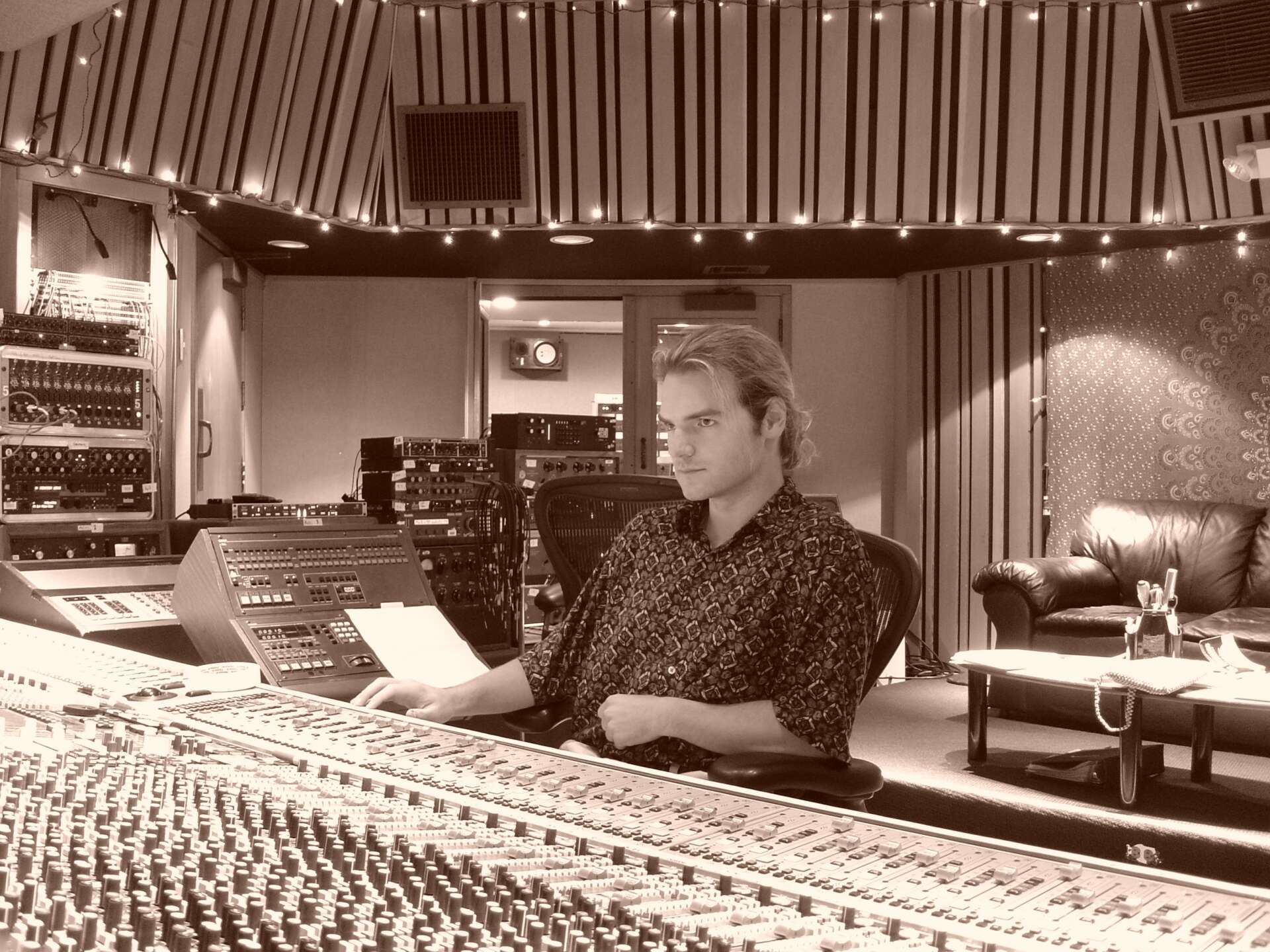 As with any artist, we all have a message and my message has always been triumph over adversity. I convey that through music, film, books, photography & any art medium I discover along the way. First and foremost I am a Christian and while my music is considered to be secular, it is based on Biblical principals. My Lord & Savior, Jesus Christ, is central to my life. I make God part of every show I perform. At the time of this writing I have released two books, with a third on the way, of prayers from every day of the pandemic and chaos we are seeing around the world. My mission, as with any Christian, is to help spread the Gospel, the good news of Jesus Christ in any capacity I can. As a musician & artist, I have a lot of opportunities to do just that.