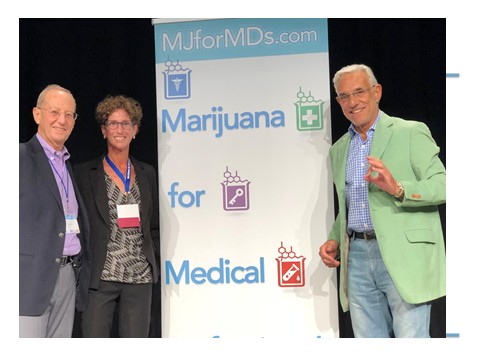 We were lucky to catch up with Joanna Zeiger recently and have shared our conversation below.

Joanna, looking forward to hearing all of your stories today. Can you open up about a risk you’ve taken – what it was like taking that risk, why you took the risk and how it turned out?

I grew up in San Diego, CA. I loved San Diego — the weather, the people, at that time San Diego was a sleepy town without a lot of traffic. I truly didn’t think I would leave Southern California. Swimming was my sport. I competed since the age of 7 and qualified for the Olympic trials (the first of 7 in three sports, swimming, triathlon, and marathon, spanning 1988-2016). When I applied to college, I looked at schools both on the west coast and east coast; however, my heart was calling me to UCLA. During this time, I was recruited to Brown University for swimming. I went to Brown on a recruiting trip during a cold, bitter March weekend. It was grey and almost uninviting. It was across the country. I didn’t know anybody. Yet, I loved it there and felt connected almost immediately. All other recruiting trips paled in comparison. But. It was so far from home. And oh so cold. The decision was agonizing. And then, I decided to take a leap of faith and attend Brown. I didn’t know what to expect, which caused some fear of the unknown. Even at the tender age of 18, I knew that fear of the unknown and pushing through those boundaries can lead to unimaginable opportunities, a good lesson from over a decade of competitive swimming. That one decision changed my entire life path. That one leap of faith into the unknown allowed me to make difficult decisions in the future, such as applying for and pursuing a PhD, deciding to become a professional triathlete while completing the aforementioned PhD, moving from Baltimore to Boulder, starting new companies, racing so hard I passed out (sometimes before I made it to the finish line). That one risk taught me to stave off fear of failure. I deeply understand that in the pursuit of success, the road to get there is bumpy. As long as I try my best, though, even if I do not succeed, I am not a failure because I had the courage to try. 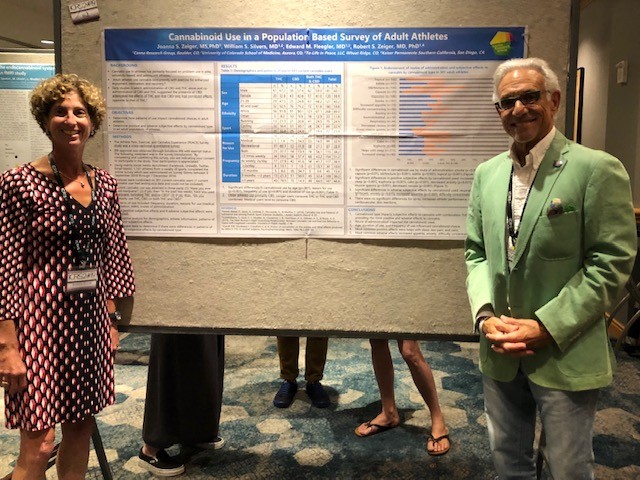 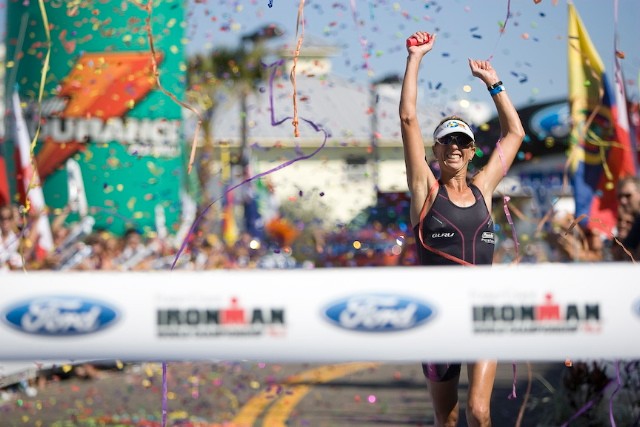 I am a former professional athlete (1998-2010) who placed 4th in the 2000 Sydney Olympics and 5th in the Hawaii Ironman World Championship that same year. I am currently the only athlete who has competed in the Olympics and Hawaii Ironman in the same calendar year. In 2008, I won the Ironman 70.3 World Championships in what was then a world record time. In 2009 I had a terrible bike accident while defending my World title. This accident left me with severe structural and nerve damage to my rib cage. Additionally, I have a very rare genetic autoinflammatory disease called Familial Mediterranean Fever which ravages my body without my permission (I have been hospitalized many times for this condition).

Despite my initial hesitation to use cannabis due to the stigma of being a professional athlete at a time when cannabis was illegal in all forms and because of the research I was doing at the time on drug use/abuse in adolescents, I never considered cannabis as medicine.,But thing got worse for me, and traditional pharma wasn’t helping as much as I would have liked. Due to the immense amount of pain, nausea, lack of appetite, and insomnia, in 2014 I became a medical cannabis patient. I still use cannabis to help manage some of the symptoms caused by my health issues.

I have a PhD in genetic epidemiology but my research focus has become cannabis, thus, I am a cannabis epidemiologist. After I started using cannabis, I started looking at the literature to determine whether studies had been done on the efficacy, dosing, and adverse effects of cannabis. I found plenty on the adverse effects, but very little to help medical patients. It was then that I decided to form Canna Research Group and then a non-profit entity Canna Research Foundation to complete much needed unbiased epidemiologic research regarding cannabis use, knowledge, and attitudes in patients and physicians. We have published many papers showing efficacy of cannabis for myriad ailments in different populations; however, cannabis is not without risk, and we did also find adverse effects to cannabis (although these effects were fewerthan the benefits). It is my goal to continue to research cannabis to further hone in dosing, ratios of cannabinoids, and to help lift the stigma of cannabis use.

In addition to my cannabis work, I am a coach. I work with athletes of all ages and abilities to help them achieve their athletic goals. I wrote a book called The Champion Mindset: An Athlete’s Guide to Mental Toughness (shameful plug: you can find it on Amazon). I use the skills laid out in the book to help my athletes overcome their own fears and to ensure their mental game is not impeding their physical limits.

As much as my accident sucked, and it truly sucked, it has also been a blessing. It led me down a path of research I likely never would have embarked upon and it has made me a better coach to my athletes. I hope that the work I do as a researcher and coach will help alleviate the suffering of others.

I mentioned that in 2009 I had a terrible bike accident. It ended my career as a professional triathlete. I turned to masters running for many years, winning some masters titles and qualifying twice for marathon Olympic trials in my 40’s. Then my body said no more, and I am hardly able to exercise at all due the combination of the rib cage damage, Familial Mediterranean Fever [I get pericardidits (inflammation of the heart lining with or without fluid build up) and pleuisy (inflammation of the lung lining)] with my disease, both of which are not amendable to exercise, and I have long haul Covid). After being an athlete for almost my entire life, the adjustment has been brutal. I now spend more of my time doing research and coaching and putting in the effort to those endeavors in the same dedicated way in which I approached my training. The work is fulfilling and gives me purpose.But I won’t lie. I miss those endorphins! 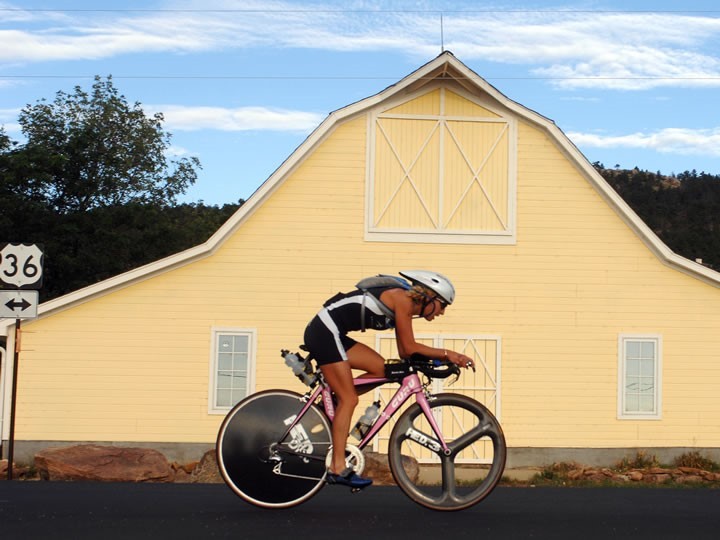 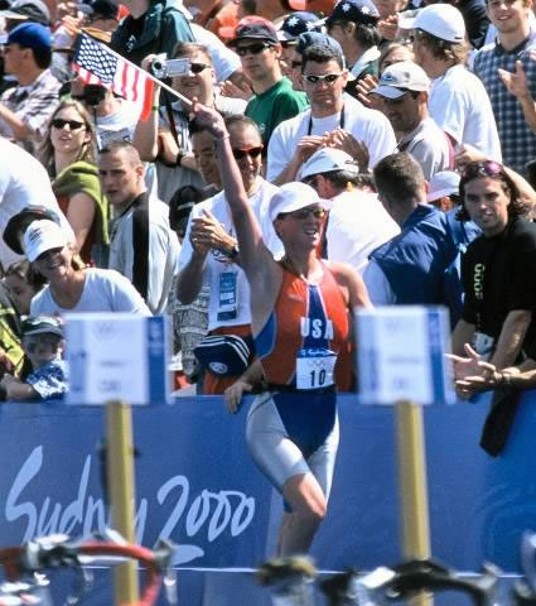 My resilience is relentless. I have several rare diseases that vex doctors and keep me plenty sick. I have had to research my own diseases and bring the information to doctors to ensure that I get the correct treatment. Even though I am impaired by my health, I still work full time (or more) and I do not let my disease become an excuse to not get done the work I have set out for myself or by others. I have had over 10 surgeries related to my various conditions since 2012, I have been hospitalized more times than I can count, I have had days that I cannot get out of bed. I do my best not to let these setbacks derail my ultimate purpose which is to help others. I forge forward and do the absolute most I can even with the impediments that want to stand in my way.