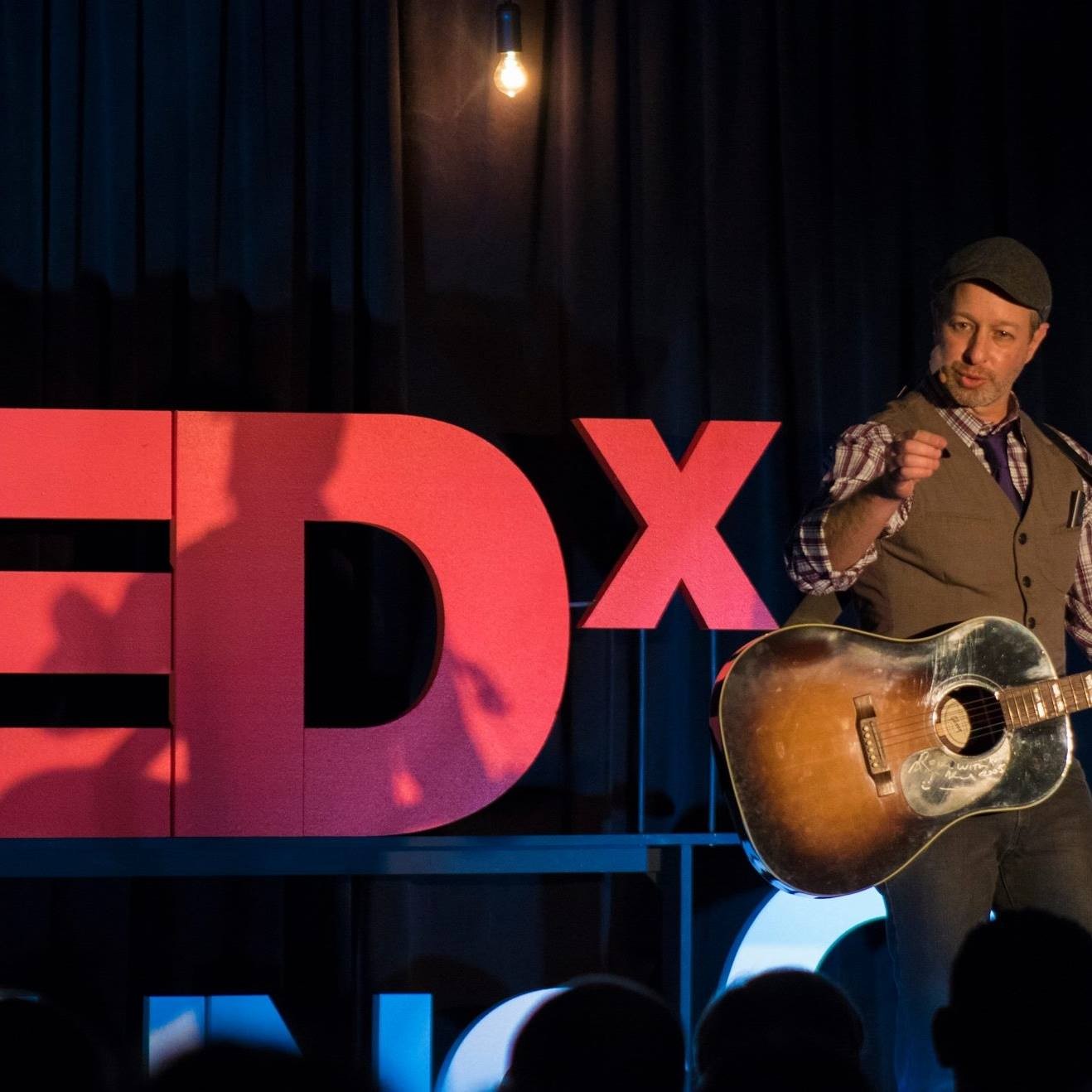 We recently connected with Jeff Jacob and have shared our conversation below.

Jeff, thanks for joining us, excited to have you contributing your stories and insights. We’d love to hear about a project that you’ve worked on that’s meant a lot to you.

As a songwriter, by the time I reached my mid-thirties I had realized (at least sub-consciously) that more and more of my writing moving forward, needed to be purpose-driven. This wasn’t a decision, rather it was a pulling…a tugging of the spiritual and creative energies. Looking in the rearview now, I can see the shift and actually follow the path! From 2005 through 2008, having lived in Nashville for several years already trying to “make it” as a commercial songwriter I began working part-time as a “Staff Songwriter” for The Songs of Love Foundation based in NYC. Our task in this role was to write fully personalized, customized for seriously ill children and their families. TSOLF teamed up with healthcare providers around the country to provide song profile sheets to families in crisis. These sheets included space for favorite hobbies, pets, friends, dreams, etc of the children facing illness. As songwriters we’d turn these profiles into songs produced “radio ready” within 25 days of assignment. To this day, I still have a few of the letters parents wrote me in thanks for their personalized song. When a parent expresses that they play this song on the way to little _____’s chemo each time, to get ready….it does far more than choke one up as the writer. A few years later I was working as a songwriter and volunteer marketing director for a local non-profit when we produced and implemented a program called “Songwriters for Soldiers.” Collaborating with war vets (and their families) battling PTSD along with their families and therapists, each veteran was assigned a hit, Nashville Songwriter to work on telling their own stories through song. This was done over the course of a weekend in the woods west of Nashville. One of the most impactful weekends of my life, are words I’d use to describe that experience and the follow up benefit concert and album that resulted from this project. Down the line I’d lead “Face the Music Foundation” as we grew our therapeutic songwriting and music programs beyond Florida into Nashville and Austin, and I can trace the path back through earlier projects. Today, the songwriting and recording I still do when not leading a non-profit through transitional phases is nearly all intentional and tied to a cause. This includes 2 songs and music videos we are currently producing as advocacy and awareness tools for organizations that work in the fields of Mental Health, SUDS, and homelessness. 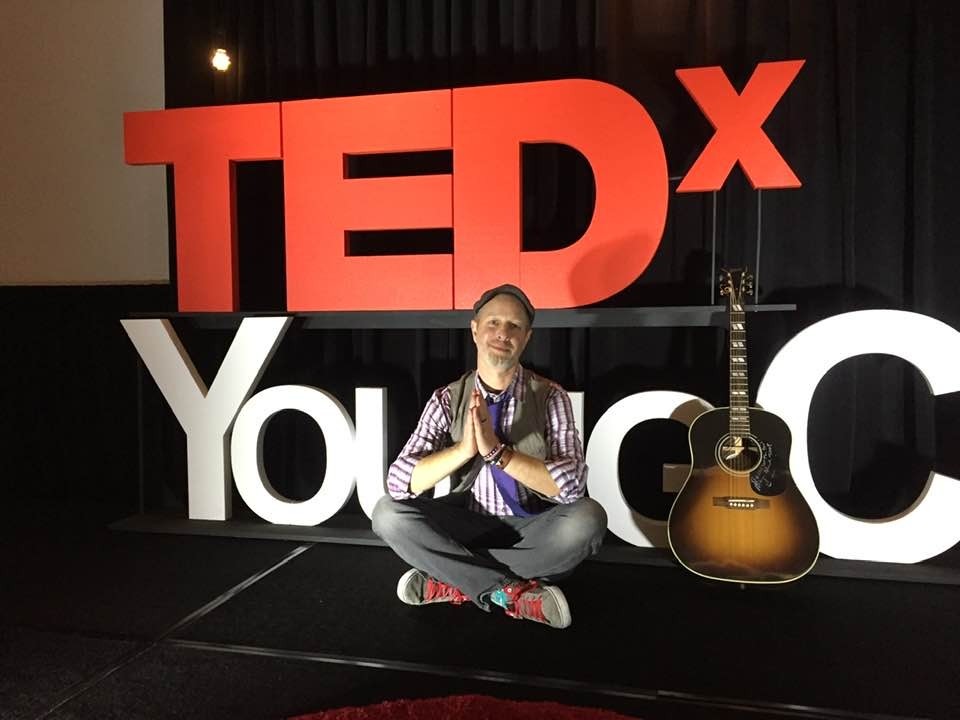 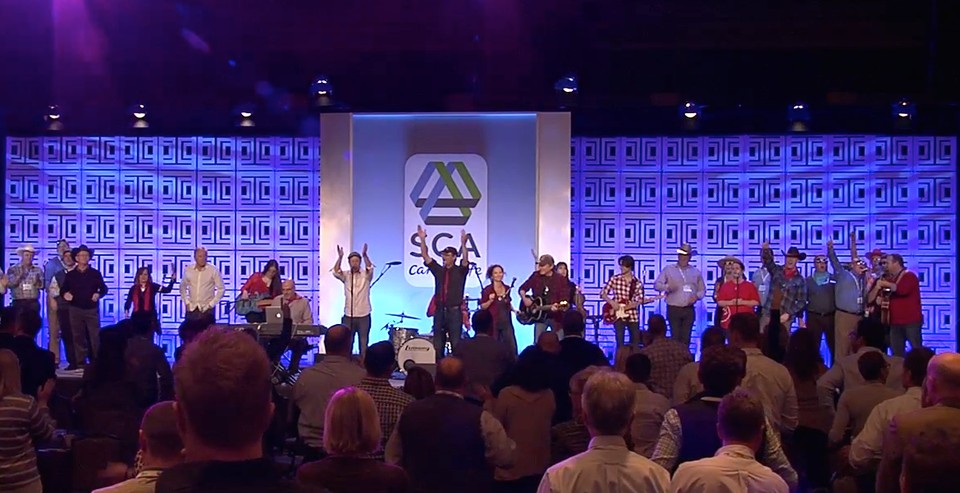 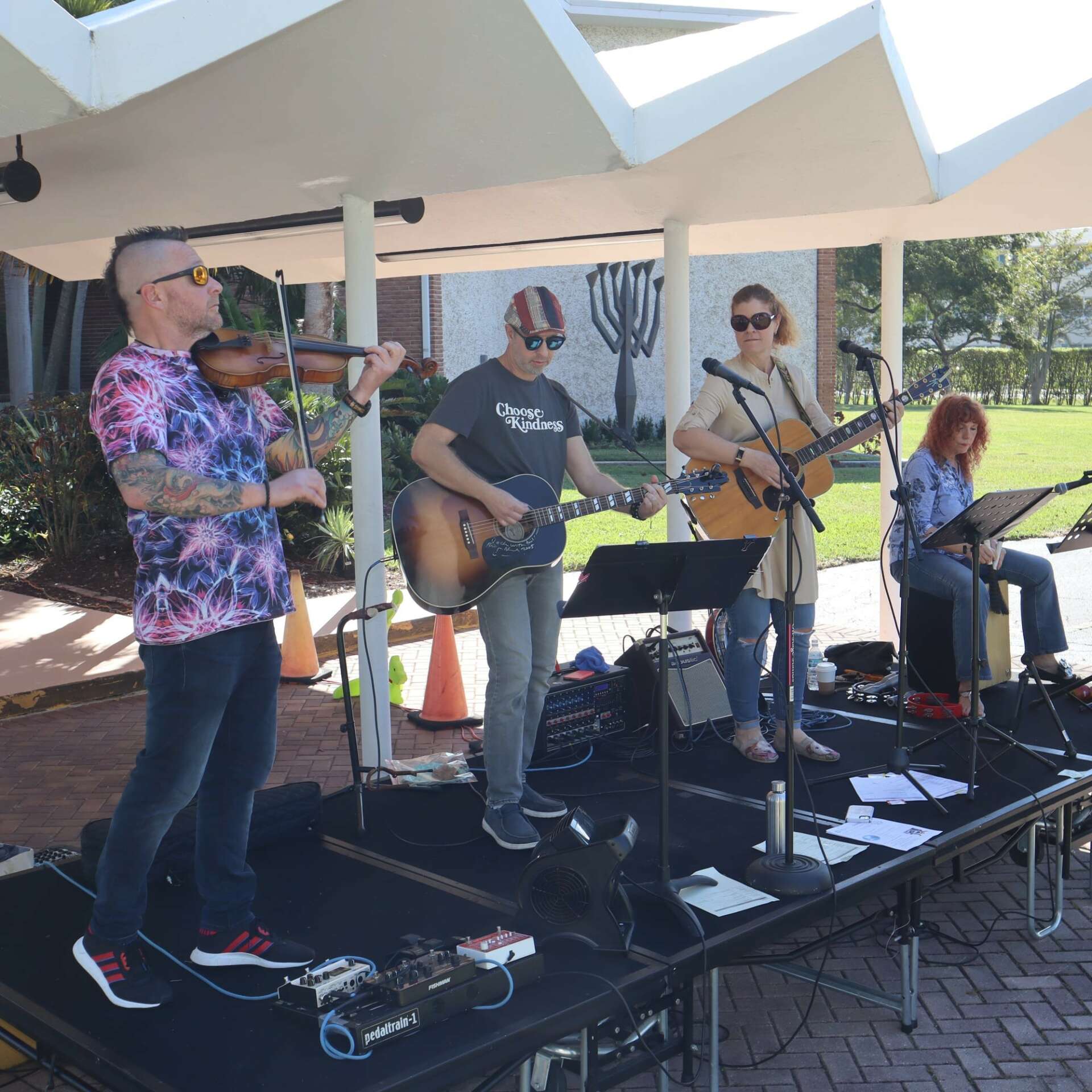 Somewhere along the way the phrase “connecting the dots” became a moniker of mine. I didn’t invent it for certain, but it truly resonated with how I’ve lived my life for the most part. Earlier on, I can’t pretend I was intentionally seeking the connective tissue that existed between different aspects of how I was occupying myself. But certainly by my mid-30’s, that habit of drawing the lines between the chapters became more purposeful. Almost strategic at times. (at least from the outside looking in.)

I first got into public/corporate speaking as a “hobby” or avocation back around 2011. I had been managing the offices of a successful Motivational Speaker as well as helping run and grow his notorious, beautiful recording studio in the hills just south of Nashville. Franklin, TN to be specific. Combining my passions of songwriting, collaboration and speaking or facilitating programs had been germinating for a bit, when I was preparing to book my boss as the primary Keynote Speaker for a conference at The University of Indiana. The meeting planner and I had become friendly during the months leading up to this point, and once we’d agreed on a deal she shared with me that she was now looking to book/fill her “under-sessions”, or “breakouts.” I told her that my program “Write-A-Song-Build-A-Team” was new and still evolving but that I’d love to offer it at the conference. With no website, and no promo video either, our relationship and the description of this newly formed program got the gig!

With her help we brought in a two-camera shoot from the University AV department and our first promo video was shot and then edited. That became the centerpiece to launching a website, and turning a hobby into something more substantial. The program has certainly evolved over the years (and continues to do so whenever a client asks us if we can tweak this, or add a wrinkle to that.)

It was also around 2012 or 13 when I started volunteering in the non-profit space, in particular animal rescue and faith-based sectors far more avidly. Those two pieces of my “life-pie” combined to move me out of Nashville around 2014 to take the reins as Director of Operations for “Big Dog Ranch Rescue” in Wellington, Florida. This is the largest, cage-free no kill dog rescue east of the Mississippi. They hired me due to the combination of my team-building experience and my animal rescue volunteer experience primarily. In other words, my ability to connect the dots really assisted in landing this first professional role in non-profit management. I suppose that’s one of the things of which I’m most proud.

These days, no matter which non-profit I’m assisting as Executive Director, I’m always still leading my programs with team-mates who are hit songwriters at The Song Team. Whether it’s leading these programs in a recording studio for a think tank of 20 cross-industry CEO’s, or facilitating a customized, Songwriting, Keynote Experience for 1000 people at a company or industry conference…these programs are always a blast for the attendees and for us as facilitators. The fact that I was asked to turn this program into a TEDX talk, also really tickled my funny bone. That was an exceptionally rewarding experience.

Still writing songs, still recording ocassionally when the fancy strikes and when there is an opportunity to use the music to advance a cause for which I’m passionate. That’s me…a dot-connecting, non-profit leading, songwriting, collaboration and community type guy. Plus, gotta have a dog nearby. Part of the deal :) 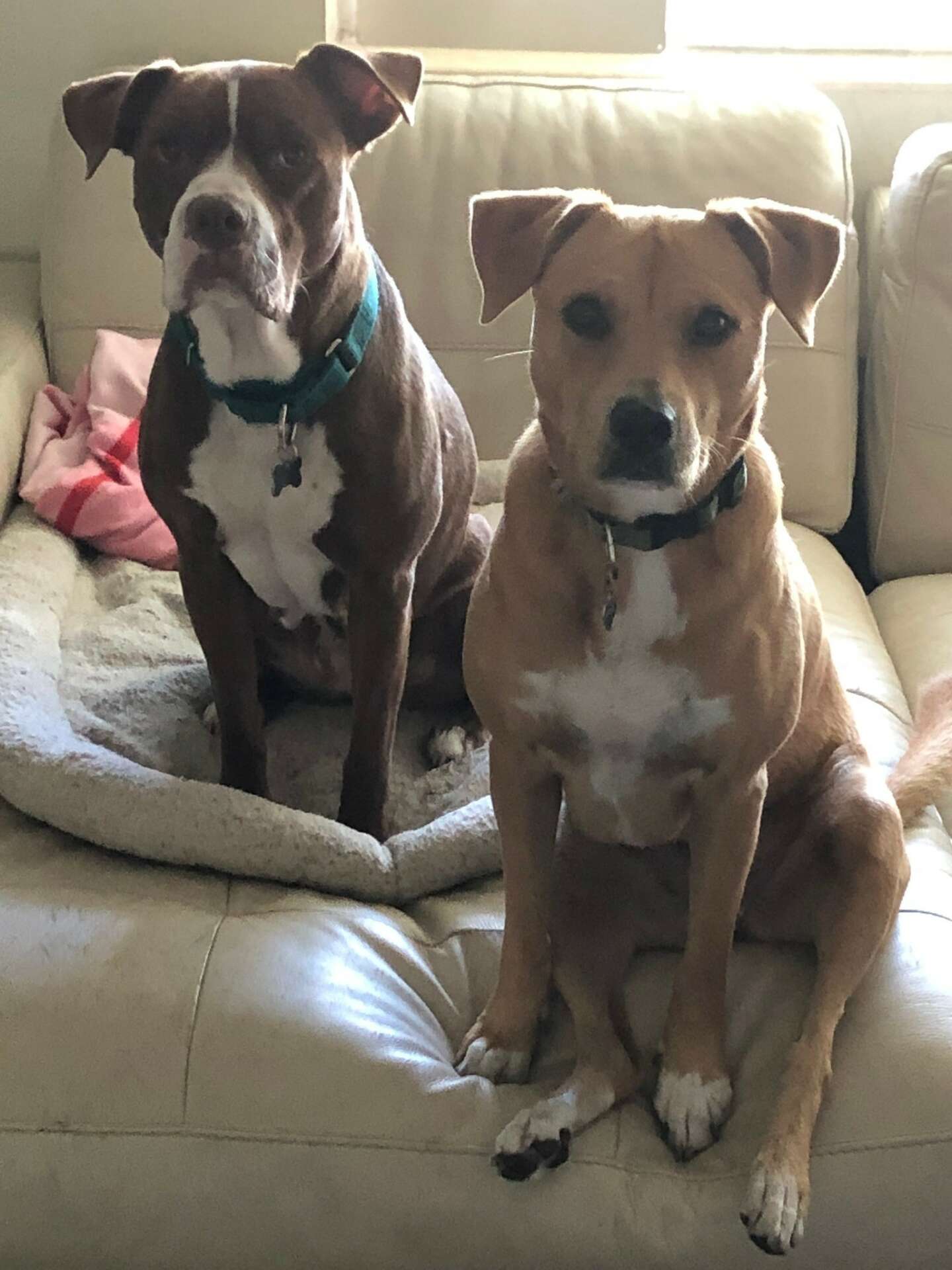 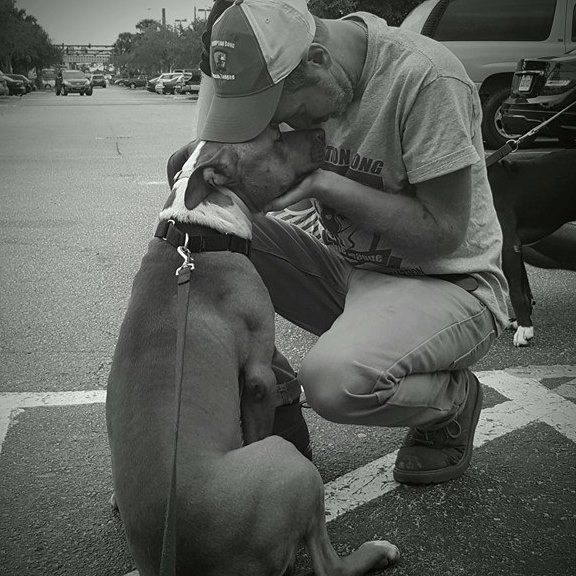 These days my creative efforts are nearly always driven by a mission or purpose. For example, with some musical friends I’m currently in the studio working on 2 songs and corresponding videos. Each song is aligned with a non-profit charged with tackling crucial social issues. The first one is a newly formed non-profit that primarily works to combat the epidemic of suicide. It’s such a needed service (s) they are providing, and the issue is still so misunderstood by many. The video we’re creating is half-music video, and half infomercial to be used to advocate for the non-profit, while spreading general awareness of the cause and resources available to help those in need. That song is called “Holdin’ Onto Hope”, and the non-profit is “Deerfield Beach Community Cares.” The 2nd song is called “The Love Wins Revival” and deals primarily with homelessness as a societal ill. We have not yet aligned with a non-profit for this part of the project, but it’s in the works, and we’ll have been in the studio already working on the song by the time this piece goes to press. :) Very excited about this project. We received funding from a supporter for the first two numbers here, and we hope to turn it into a bigger, longer term intersection of music and non-profits that we’ll call “Songs on Purpose.”

“Begging for Change” by Robert Egger, the Steve Jobs Biography by Walter Isaacson, and “Do the Kind Thing” by Daniel Lubetzky have all been very informative books on my journey. Also, “Evolve or Die” by Robin Crow.