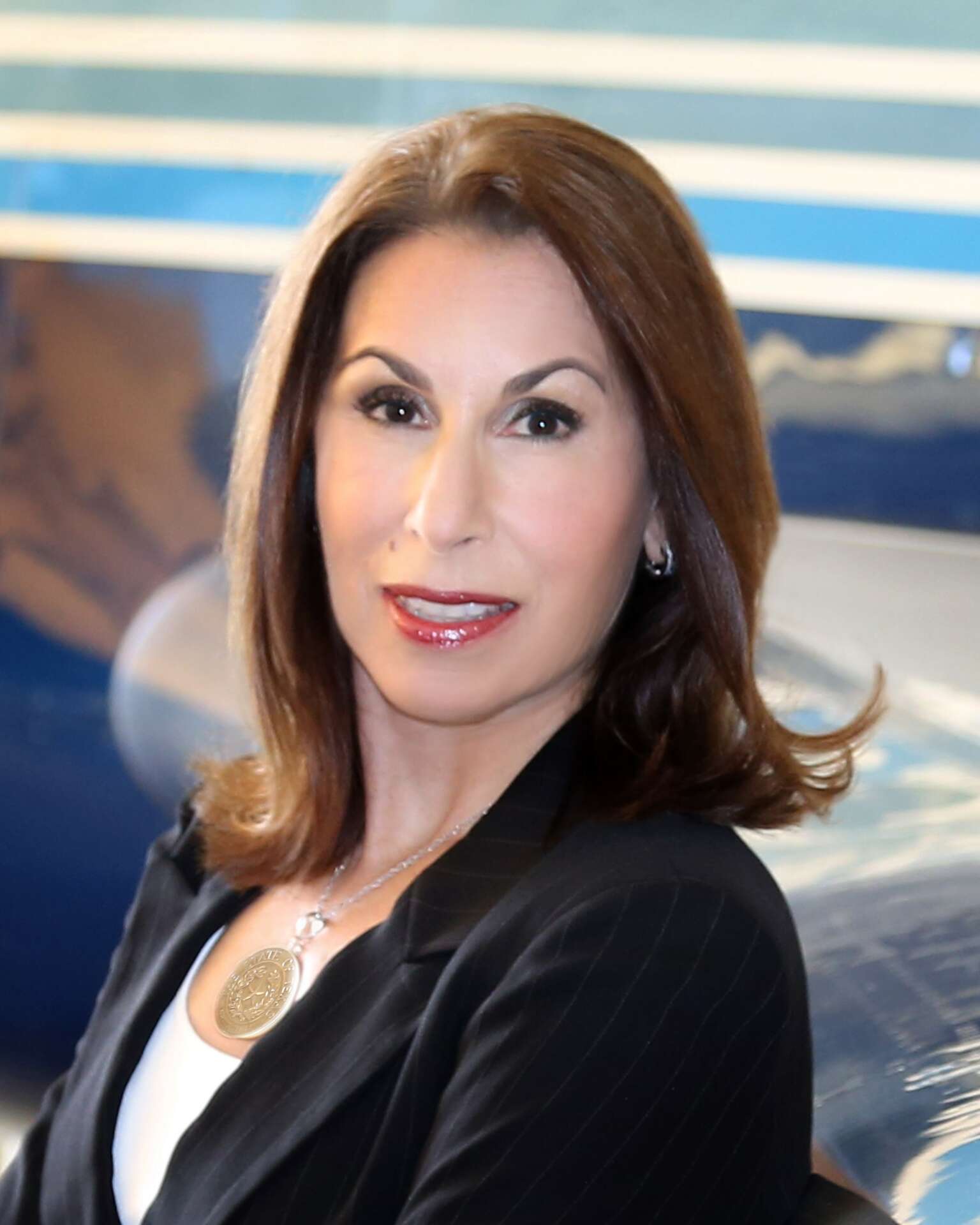 Alright – so today we’ve got the honor of introducing you to Janine Iannarelli. We think you’ll enjoy our conversation, we’ve shared it below.

Janine, thanks for taking the time to share your stories with us today Let’s start with the decision of whether to donate a percentage of sales to an organization or cause – we’d love to hear the backstory of how you thought through this.

Giving back to the community is a hallmark of how I live my life. It is a personal choice to commit those resources I can, in terms of financial and time, to specific causes, as well as lend my voice as a leader in the community and my industry. While there are several areas of interest, chief among them are those charities that benefit children and animals along with those that inspire girls and women to successfully face whatever challenges they are presented with. On an ongoing basis through my company and personal donations I support such entities as The Houston SPCA, Houston PetSet, Texas Children’s Hospital through their Ambassador’s Program as well as the Pin Oak Charity Horse Show and GirlStart. 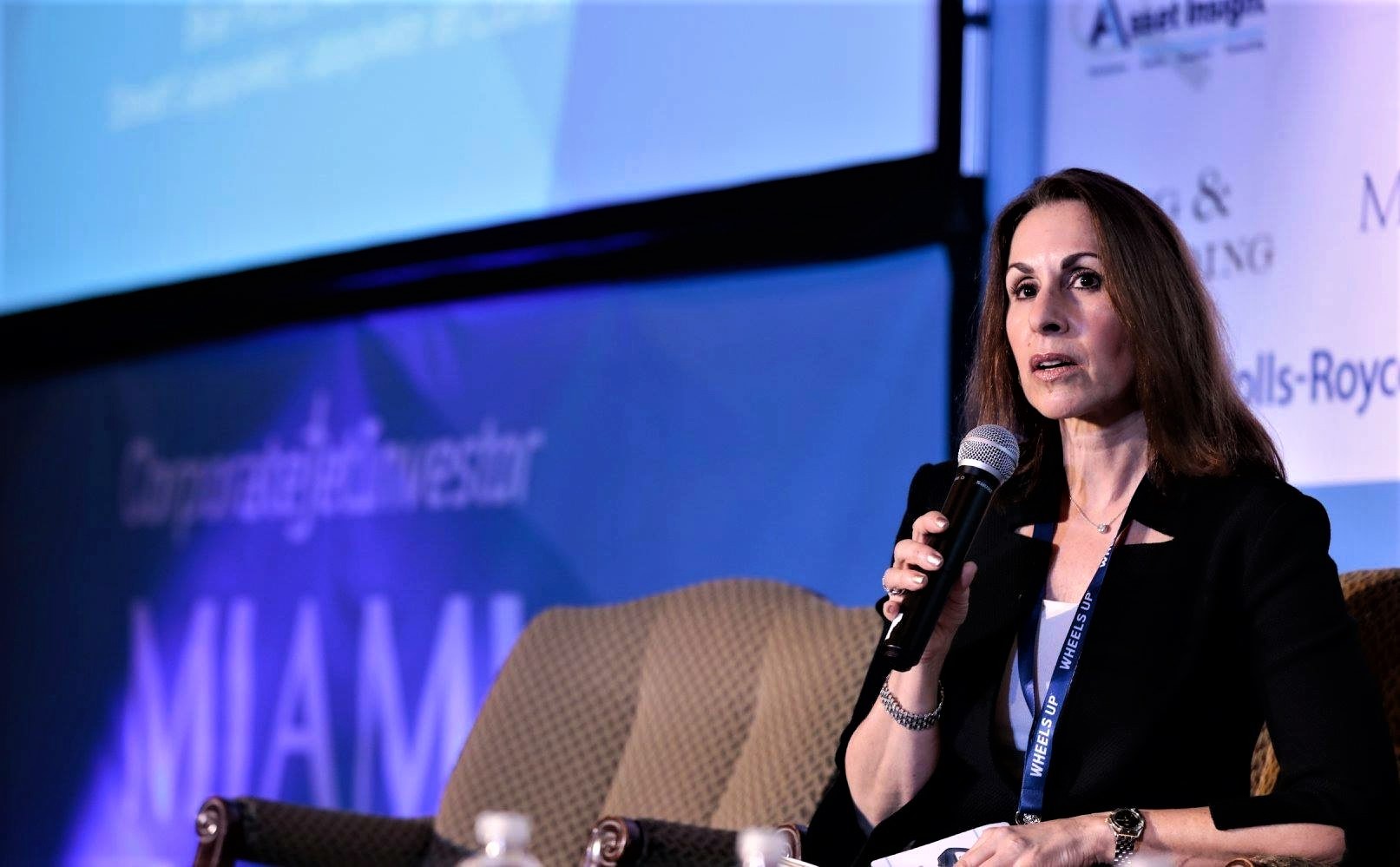 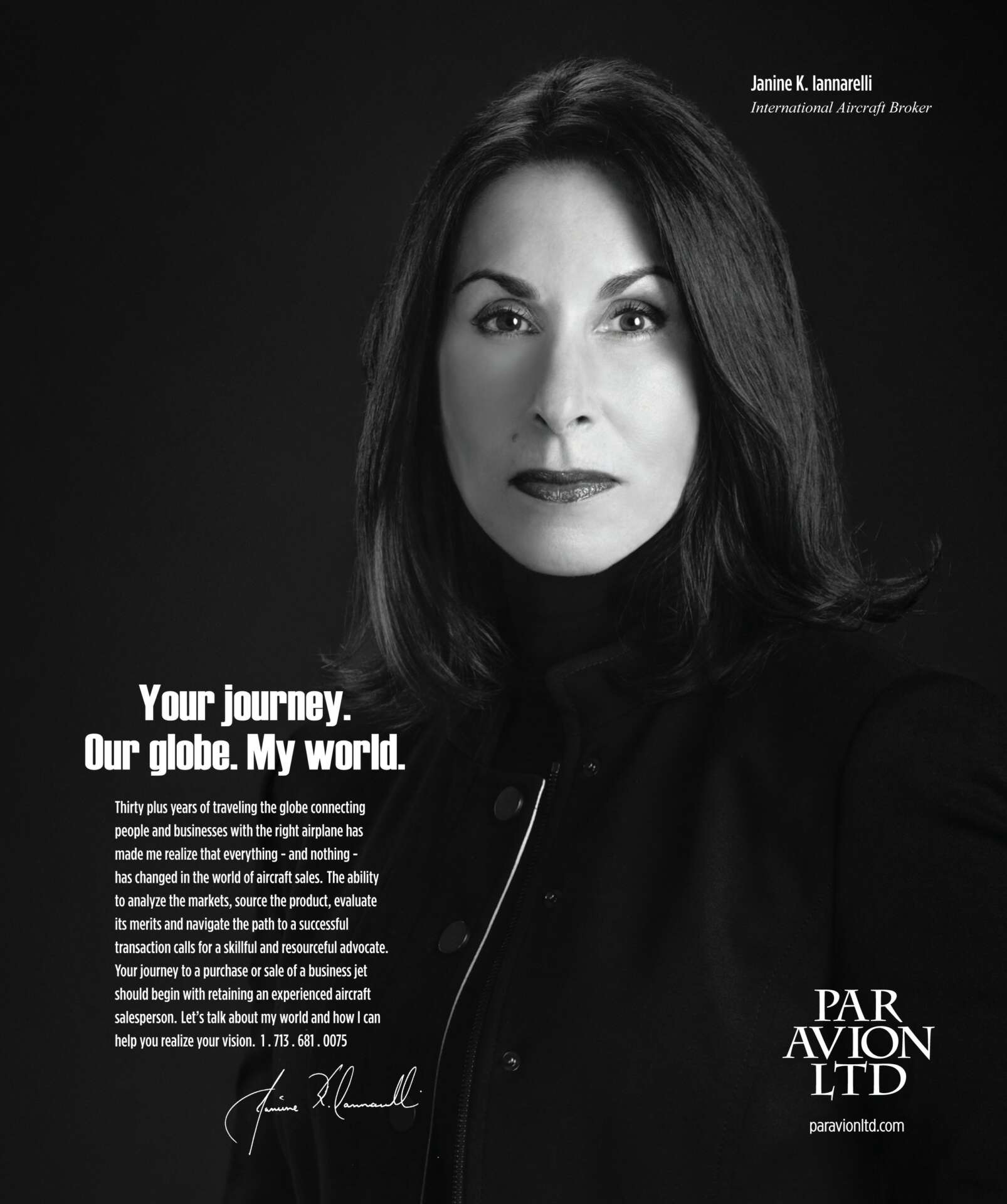 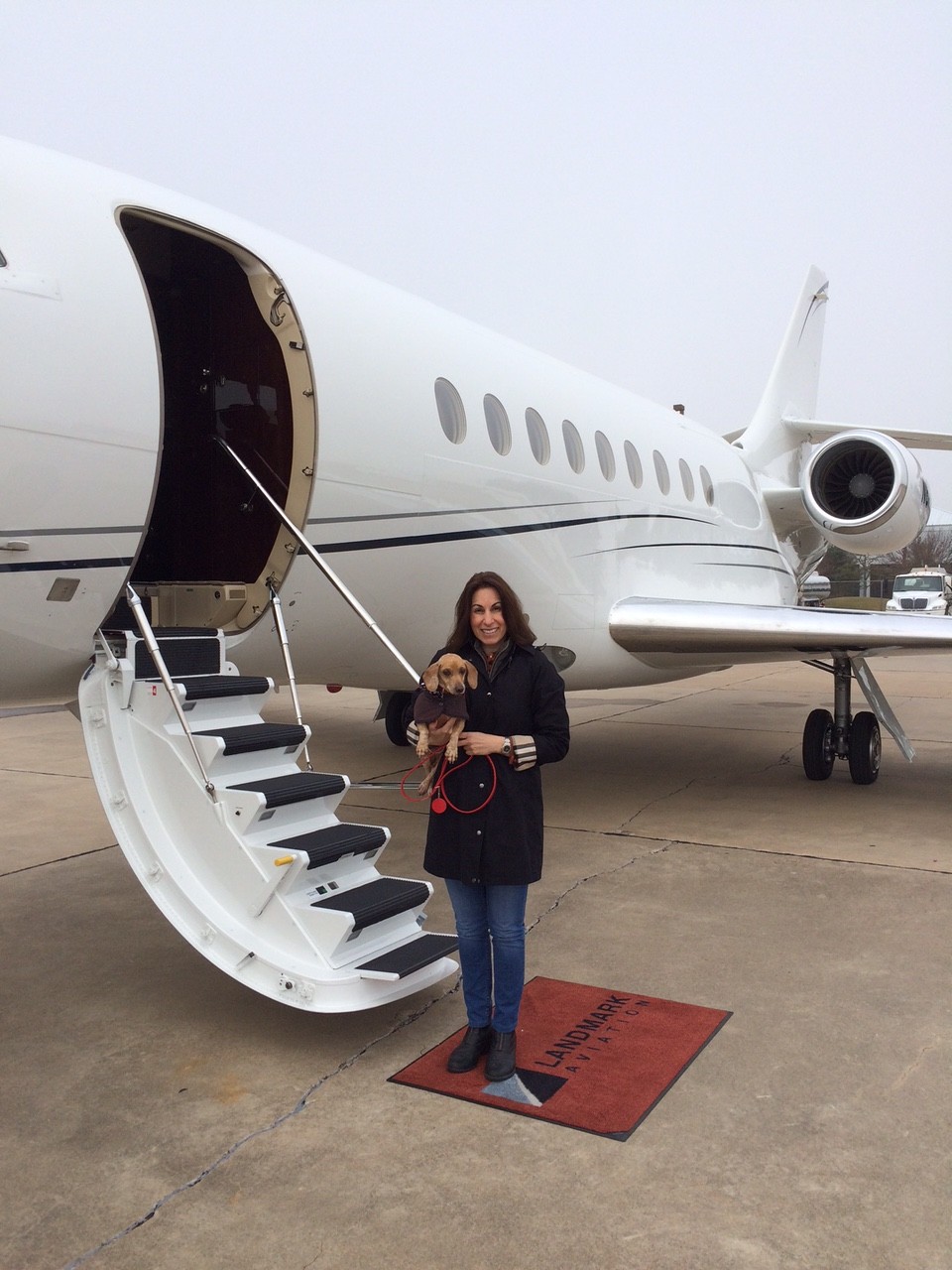 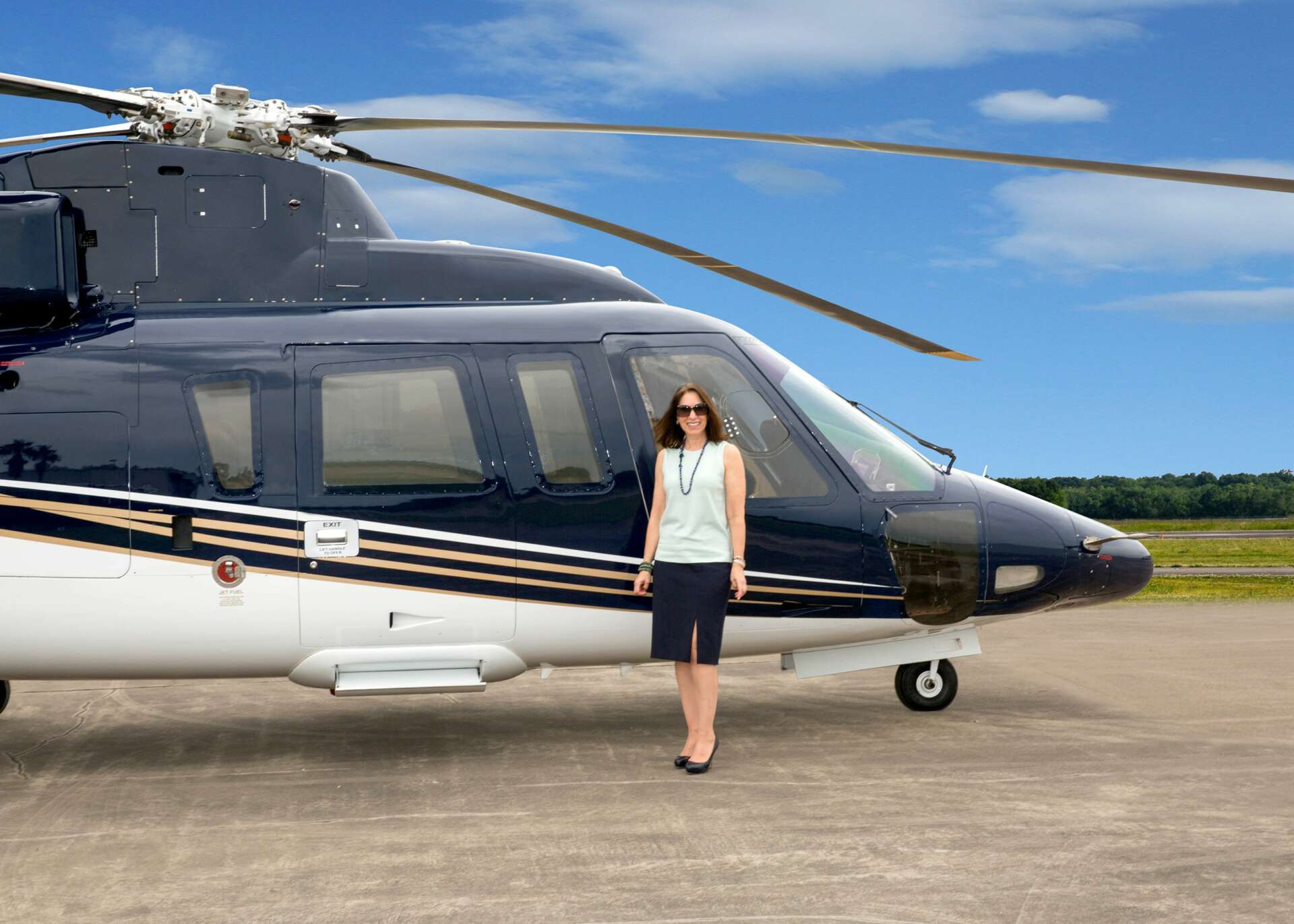 My career in aviation started as a researcher at a company formed by a woman entrepreneur that specialized in the gathering of data on available aircraft that was then sold to the trade. I was the first employee of a market research company by the name of AMSTAT which is one of two companies today that provide this service to the aviation industry. Eventually I moved into the sale of the service, which required quite a bit of travel so as to facilitate face to face meetings with our customer base. This presented an opportunity to have a front row seat in the aircraft sales industry which greatly intrigued me. Job offers were suddenly coming my way, but after careful analysis of the prospects, I decided to join an aircraft dealer who specialized at the time in the sale of Learjets and that is what brought me to Houston.

Initially, the job was to help them establish an in-house research department, but quickly I moved into the sales side of the business. The job required even more travel, which as a young person new to the industry I thrived on it! I interfaced with a variety of vendors, manufacturers, aviation authorities and of course the existing and prospective client base. It was here that I learned the business of aircraft sales from the ground up. The emphasis was heavy on the technical side as one partner was a pilot and what is known as a licensed A & P (airframe and powerplant) mechanic. Development of this skill set has been of particularly great importance in the building of my career as deals are often made or broken at this stage of the purchase process.

The experience gained by having worked for an aircraft dealer was the ideal platform from which I was able to build my own company. Par Avion Ltd. is a true entrepreneurial creation that enabled me to control my own destiny and manage my own time or ability to generate income. The job has enabled me to travel the globe in search of opportunities. Cross-border transactions are a specialty of Par Avion and I am well known for bridging the cultural divide. Through my company not only have I been able to continue to build business and relationships around the world, but as well become an influencer and serve as a disruptor in the industry in pursuit of positive change.

Facing adversity and stiff competition with determination is a must in the world of aircraft sales. One must always work to protect one’s interests and show those who would seek to undermine your efforts that it will not be so easy for them to do so. As a young aircraft salesperson, I had accomplished quite a feat by securing the exclusive mandate to sell a small jet for a major corporation based in Paris, France. Managing the sale long distance was not the challenge, for once the initial due diligence is done on site, you turned to the job of marketing and promoting the aircraft which essentially could be done from anywhere.

In the course of attempting to sell the airplane we sourced a prospective buyer who also had a business relationship with a Swiss based banker. The banker for whatever reason attempted to cut my then employer out of the transaction. He reached out directly to the Director of Aviation claiming he controlled the prospect and set up a meeting for them both to see the airplane at the regional airport that served Paris. The prospect, while not wanting to create any conflict, did not like the fact that I was being excluded and just wanted to buy an airplane. Since his banker financed his other business, he allowed him to make these arrangements to the exclusion of the company I worked for. The Director of Aviation, while keeping me informed, did nothing to advise the banker that my company was the duly appointed agent and there was no eliminating us from the transaction.

I expressed to my boss that I felt strongly that I needed to jump on a plane that evening and fly to Paris to be present for this meeting. If not just to try and manage this deal, but to send a message to everyone on the field (aviation is a small world) that we mean business and I am not about to be pushed around. So, a quick trip home to pack ensued and a dash to the airport to catch a nonstop flight to Paris that allowed me to show up for coffee at the hangar! I arrived with little advance notice for the flight department and to the complete surprise of the banker who was not at all pleased. In a further effort to exclude me he spoke in French thinking I would not be able to follow the conversation, but those years spent at Alliance Francaise paid off! When I answered a question he posed to the Director of Aviation in French he realized that I was not just going to be outdone. The Swiss banker lost his temper, which made me realize that while I may lose this deal I was winning the point.

The banker and Director of Aviation went on to negotiate a sale of the aircraft, but I did not stop there. Upon my return to Houston, I drafted a letter to the CEO of the company protesting the way this was handled and demanding that we be compensated. In the end they offered a settlement, but more importantly I sent a message that I would not let distance nor arrogance stand in my way. 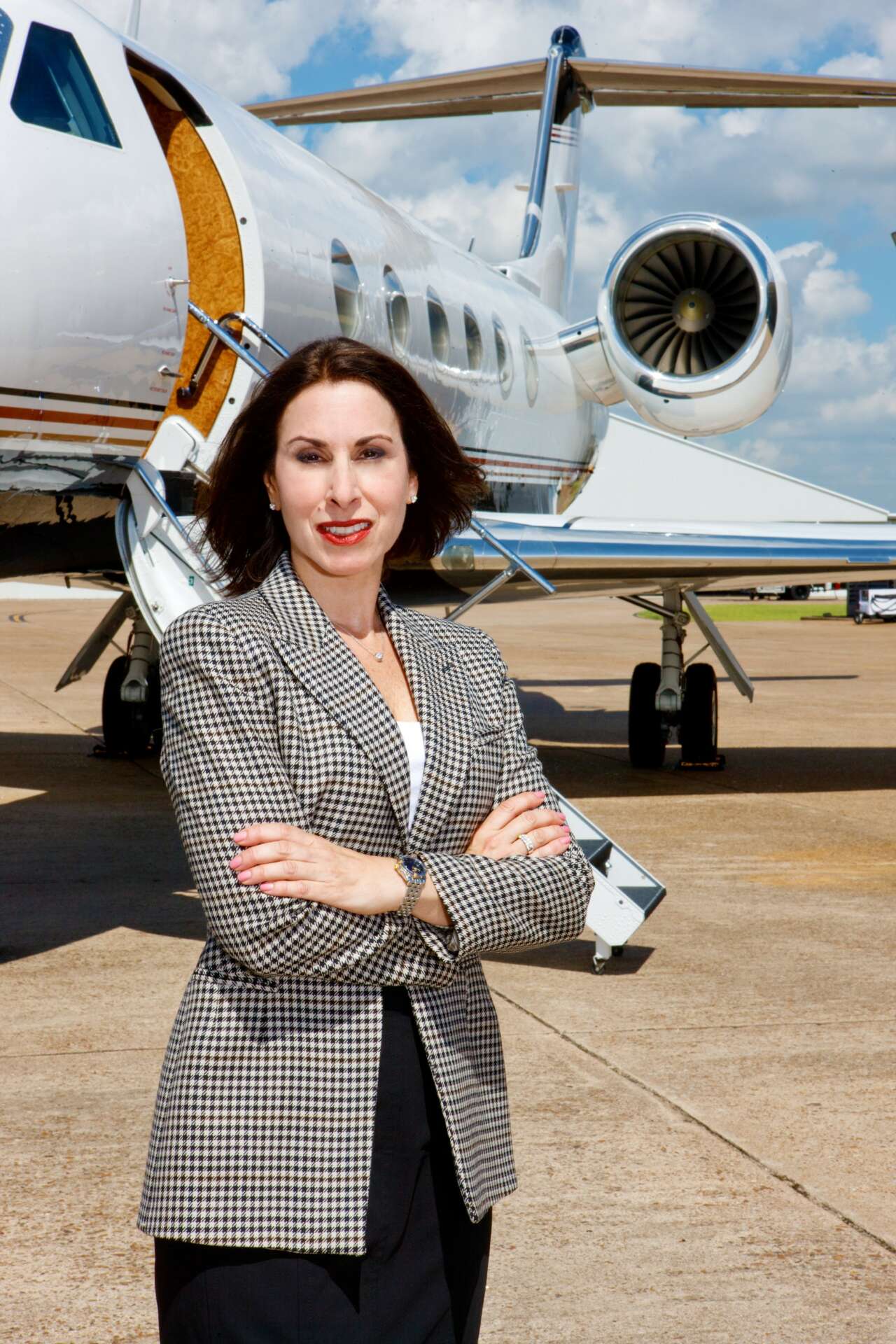 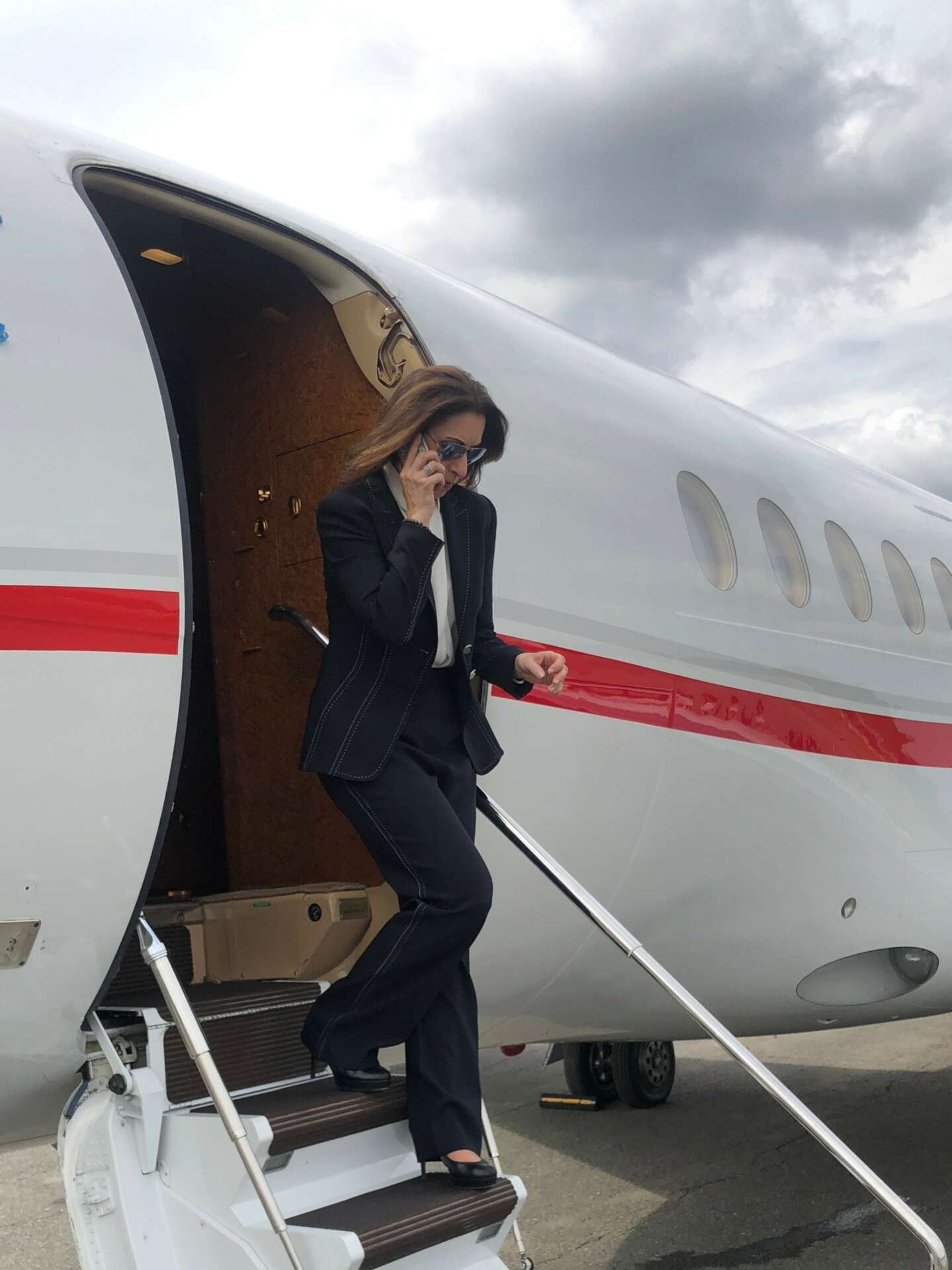 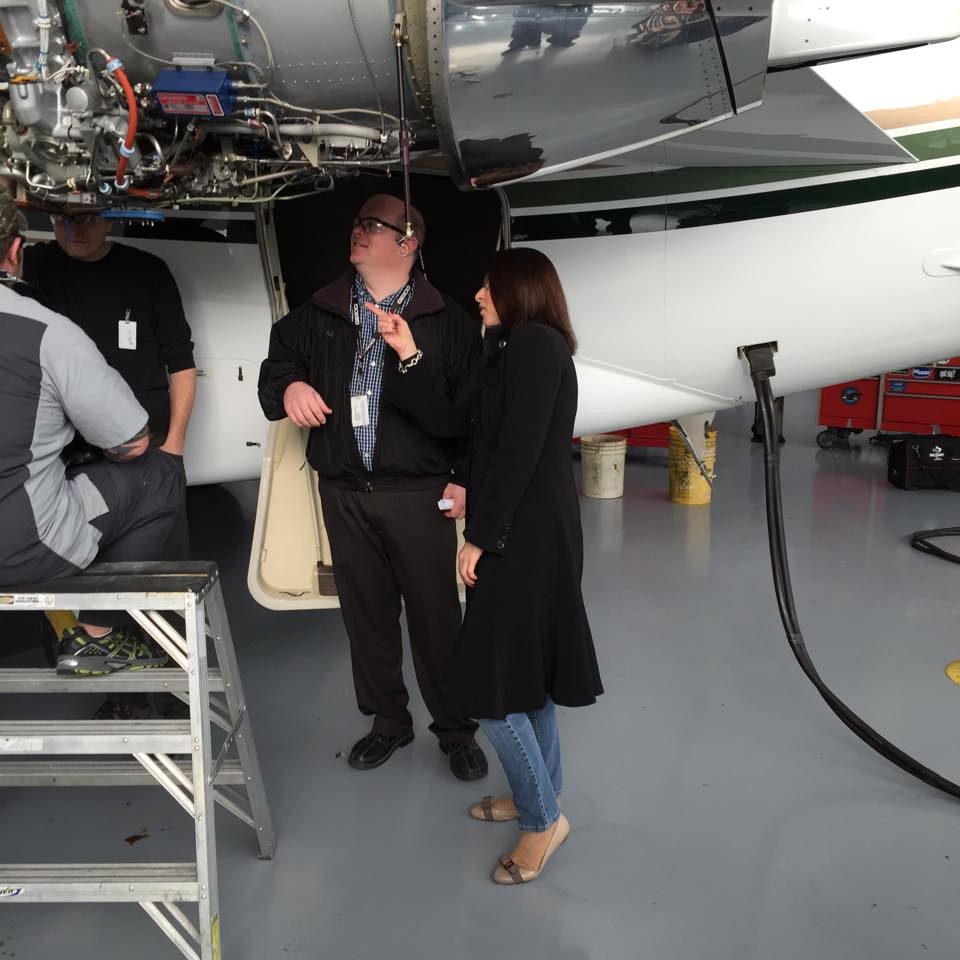 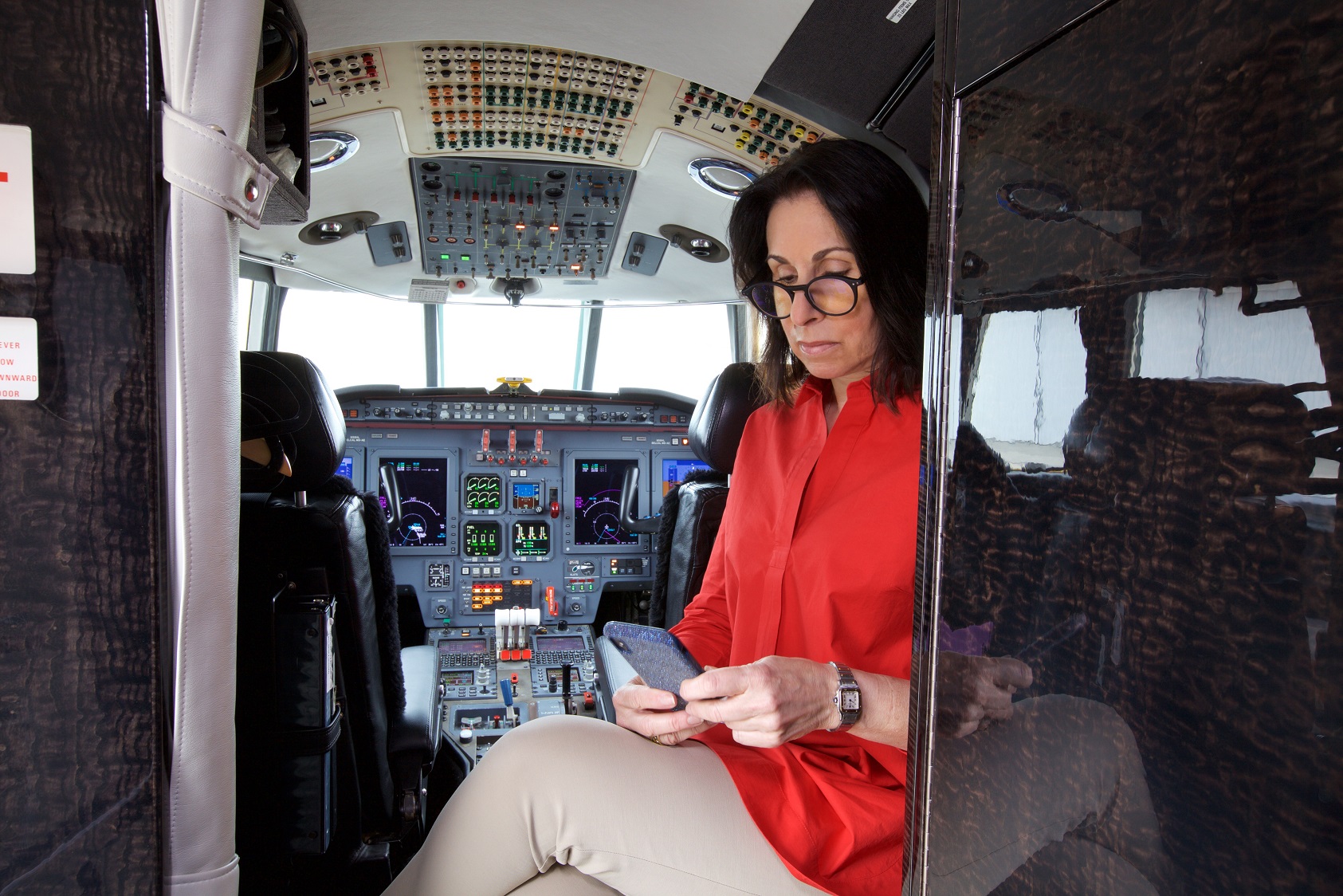 I have an unwavering commitment to honesty and always conducting my business in an ethical fashion. I am proud to say that not only those who know me, but those who don’t understand I enjoy that reputation. It is in my DNA and no one has ever had to advise me to take the high road. There were many times I was put to the test and sometimes that test is not so obvious. Your actions are though. In an industry that has very few checks and balances on the commercial side, the participants recognize and appreciate a reliable business partner.

Coupled with that, I am viewed as a competent and successful aircraft salesperson. This in part stems from my data driven approach to sales. I strive to have a comprehensive knowledge of the marketplace and the make/model of aircraft we are selling so as to be in the best position to advise and serve the Client. A proven track record of successful sales has sealed my place in the aircraft sales world.