We caught up with the brilliant and insightful James McLester a few weeks ago and have shared our conversation below.

James, thanks for taking the time to share your stories with us today. We’re complete cheeseballs and so we love asking folks to share the most heartwarming moment from their career – do you have a touching moment you can share with us?

What are some lessons you learned along the way?

1) Yes meaning “Yes”
2) Vision
3) Risk taking in creative endeavors
4) Preventative Wellness for Life
5) An active mind needs rest too!
6) Induction into The Buddy Magazine Texas Tornado Hall of Fame
7) Syndicate-360 Music Entertainment Production Company Capture your “Sizzle” with our team of seasoned professionals. We have a collective 120 years of experience in Creating, Hosting, Performing, Touring, Recording, Composing, Developing, & staying ahead of the hair pin turns of the Entertainment industry. Our benchmarks are Integrity forged by Creativity. 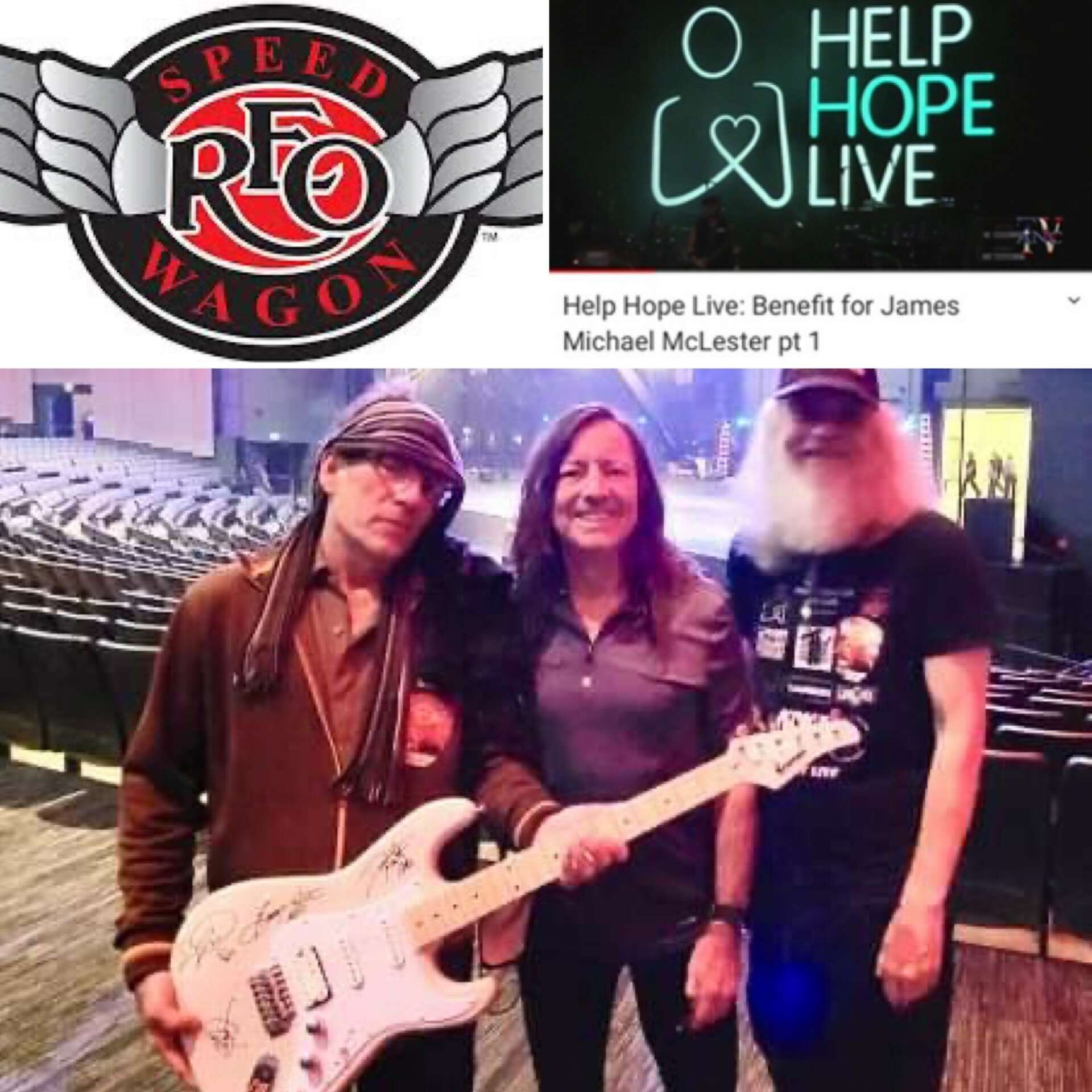 1) I was diagnosed with Reiter’s syndrome ( a form of Juvenile Arthritis) at age eleven that crippled me and sent me for the sidelines in all my athletic activities such as soccer, track, and football. I found the silver lining as the Team’s equipment manager and was mentored by my elders.

2) In 1991, I lost my father suddenly. He passed in the night from a heart episode at age 45. I was 23 and did not have a chance to say good bye. I spiraled into grief, guilt, and a rebellious bent towards the nightlife and music to escape. My clarifying moment was the revelation that my Heavenly Father created my Father and called him home. I was to Trust and Obey these cycles in Life and carry on in Hope towards a future in medicine and music.

3) In 2003, I spent 8 days in an ER dialysis clinic at Presbyterian Hospital Dallas, TX. I was admitted after my physician Dr. Cowden M.D found the root cause to my waning kidney function as Mercury toxicity. I experienced end stage renal disease, pulmonary edema, congestive heart issues, neurological distress, severe anemia, and endured surgeries to create a life saving fistula, permacatheter, & femoral catheter, for my dialysis treatments to work. I was released on 02.15.2003 and discharged to move in with my family and begin outpatient dialysis treatments three times weekly until I became eligible for a living kidney donor.

The chronicles of my Life appear in my autobiography “Wannabee Rockstar who Finally Found The Rock.”
(Amazon/Kindle)

This updated edition of Wannabee Rock Star Who Finally Found the Rock tells the story of how a spiritually bankrupt musician, frustrated by near success, numbed by the effects of drugs and alcohol, and alienated from his family, finds love and redemption after many years of running in the shadows of the Dallas-Fort Worth hard rock music scene, beginning in the early 80s and continuing into the new millennium.

Readers will get a behind-the-scenes peek into the life of an aspiring rock star, as McLester performs in such bands as Dirty Blonde, The Crossing and Solinger (sharing the stage with current Skid Row lead vocalist Johnny Solinger), SuperNova Remnant, Texez Mudd, DSN Music’s Roaring Truth. McLester is currently with “Alabaster Box” & “21st Century Allied Forces” in 2022.

But a hard-rock lifestyle takes McLester on a wild journey that leaves him disillusioned and nearly dead. Wannabee Rock Star Who Finally Found the Rock penetrates the heart, as readers follow this talented young drummer with a calling on his life—a life catapulted into a quest for restoration of health, music, family and faith by what can only be understood as God’s just-in-time, supernatural intervention, saving McLester from a tragic end.

Believers and non believers alike will be inspired by the manifestation of hope that sustains McLester during his near-death experience and beyond, as he fights back against his disease, buoyed by God’s promise.

The book relates how this same hope continues to propel McLester forward toward a cure and a newfound success with SuperNova Remnant, including 2012 tour dates with mega-platinum Christian rock band Stryper at House of Blues and the forthcoming release of the band’s new album, Rockets Red Glare.

Most importantly, readers will discover the grace, available for all, which transforms this rising rock star from a talented but troubled musician into a wise man of solid faith and an appreciation for life, sanity and health.

This updated edition provides more than 80 inspirational pages of new written content and 130 colorful photographs, continuing the tale of McLester’s long but miraculous journey of faith toward healing and restoration.

In May of 2014, McLester partnered with the nonprofit organization Help Hope Live to raise resources and awareness needed to receive a live donor transplant as he was self-employed prior to his Medicare enrollment on dialysis February 7, 2003.

As of October 2021, McLester Is living dialysis free thanks to his kidney transplant. James received a non-related donor kidney December 9, 2015 at The Texas Transplant Institute from his longtime friend Laura Workman. James cites Laura as his Angel rescue. The next miracle came when James met his wife Kristen Jo McLester at The House of Blues Dallas, TX during a performance. James and Kristen began courting exclusively in September of 2016 and were married at Crossroads tabernacle by Pastor Bill Bishop on April 22, 2017. James is endeared to his beloved wife as “Angel Eyes”.

McLester founded “21st Century Allied Forces” a salute to The Music of Triumph in addition to his stable of other original, tribute, & cover artists at Syndicate-360 Music Entertainment Production Company.

McLester Founded Syndicate-360 on April 20, 2020 between the bookends of Cv-19 and the detrimental cascade it delivered to our society and the arts & entertainment industry. McLester departed from his role as writer, drummer/vocalist at Roaring Truth in winter of 2021.

In 2022 McLester was promoted as The Nutraceutical Specialist at Allen Family Drug. He passionately lives out his new lease on Life while serving others in preventative wellness. Allen Family Drug has received the “Readers Choice” Award at Star Local Media in several North Texas polls.

He also plans to attend Southwestern College of Naturopathic Medicine’s distance learning program to obtain a Masters in Clinical Nutrition.

Mclester’s Living Kidney Donor Laura Workman and her husband Chris live nearby in Princeton, TX and are thriving in their business and family endeavors.

McLester will celebrate his 5th wedding Anniversary with his wife Kristen McLester
(a.k.a.”Angel Eyes”) on 04.22.2022

Indeed, every story in LIFE unfolds destiny in the arms of legacy and destiny.

This is a story of Trail, Faith, & Triumph in the making as “LIFE yields LIFE.”

He is survived by his wife children and grandchildren.

Thanks to Gary’s Compassion and skill James’ story was able to see daylight even in the darkest trails of his life.

James met Gary through a mutual friend Dr. Robert BARD who also passed away a number of years ago but left a lasting impact via his lectures, numerous published books, his warm demeanor, and his passion to leave an optimism Inside every individual he met.