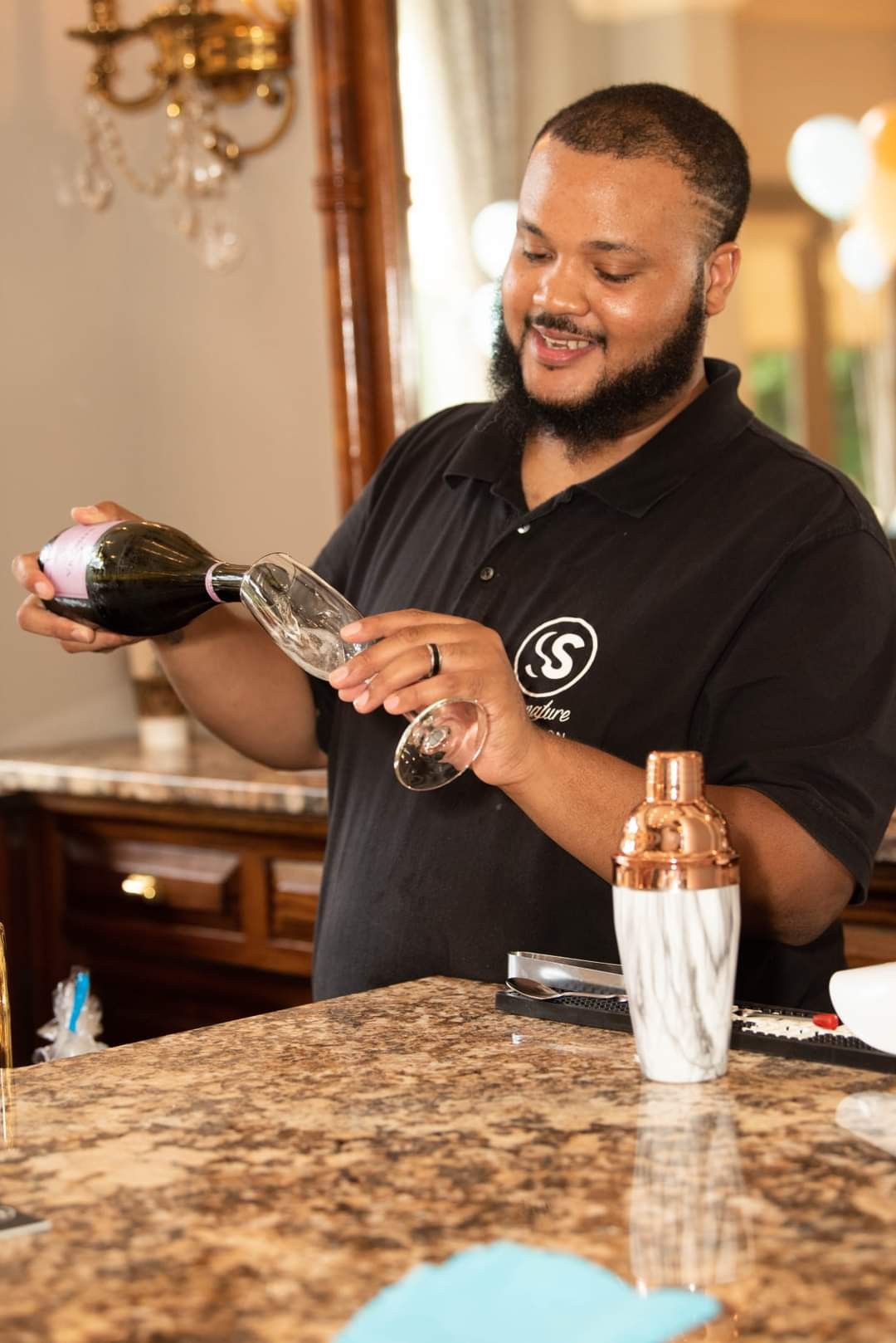 We’re excited to introduce you to the always interesting and insightful Jamal Harbison. We hope you’ll enjoy our conversation with Jamal below. 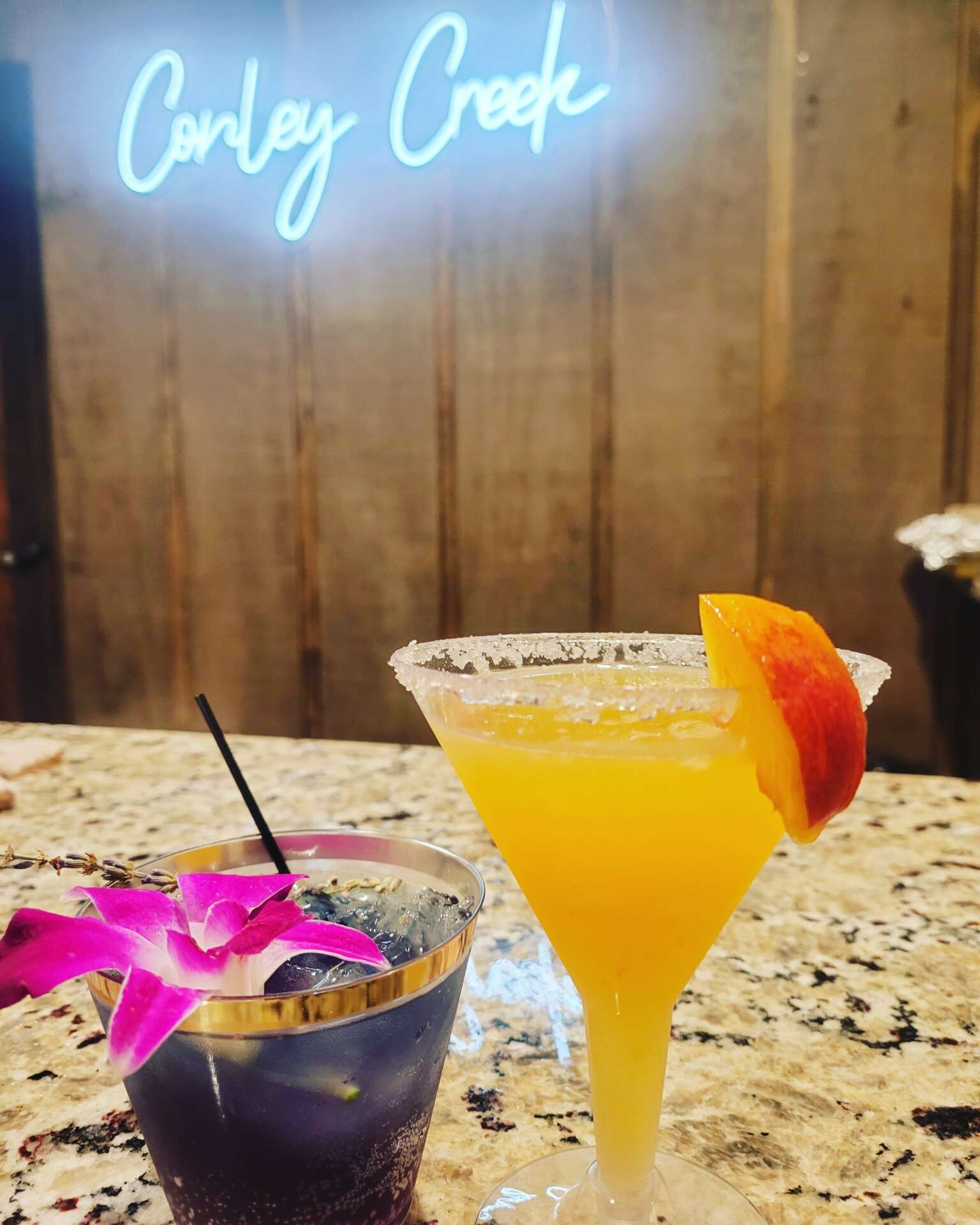 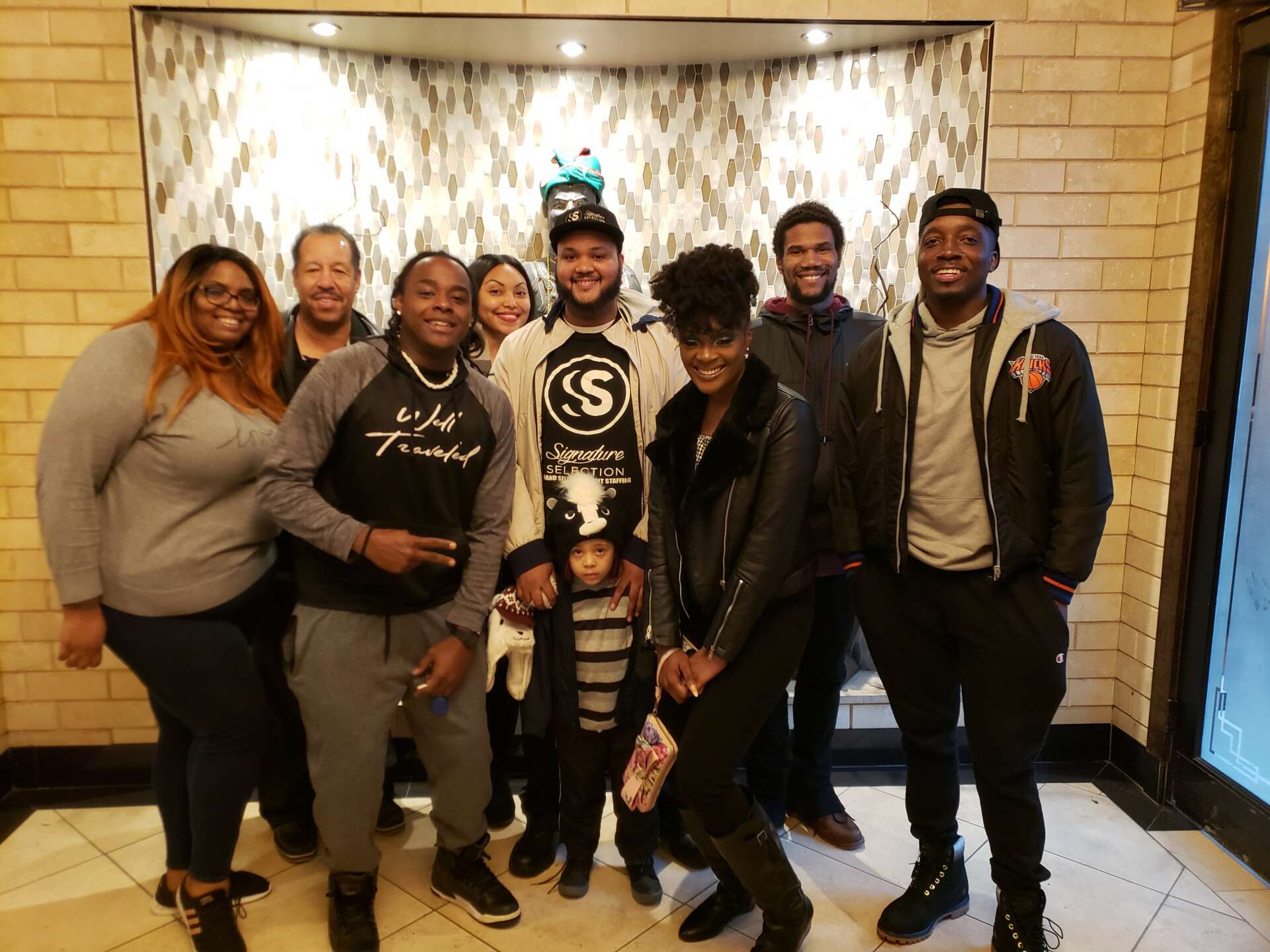 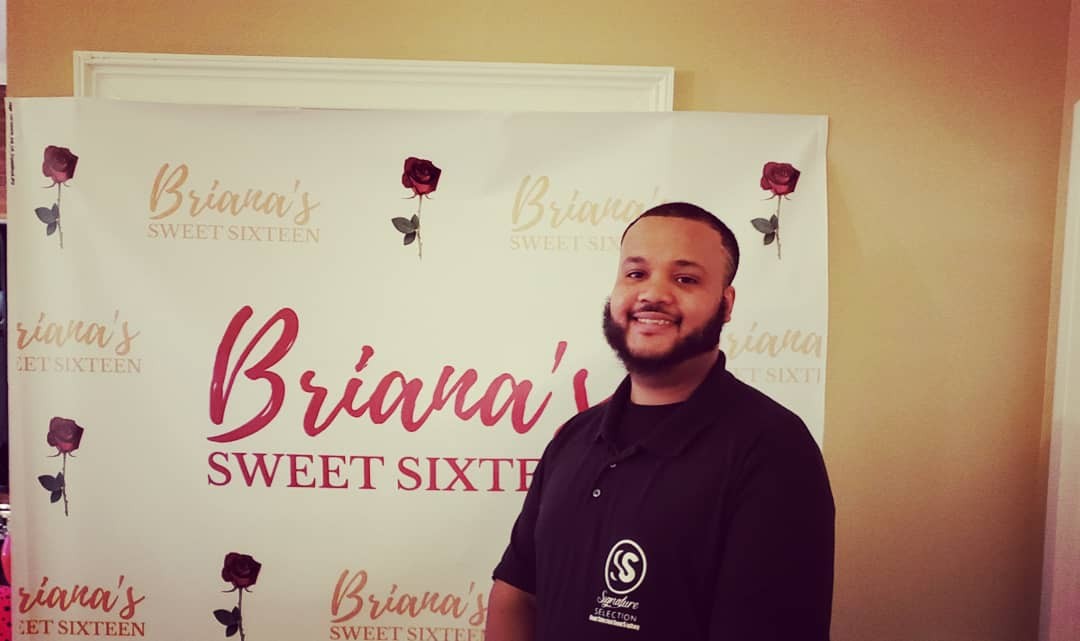 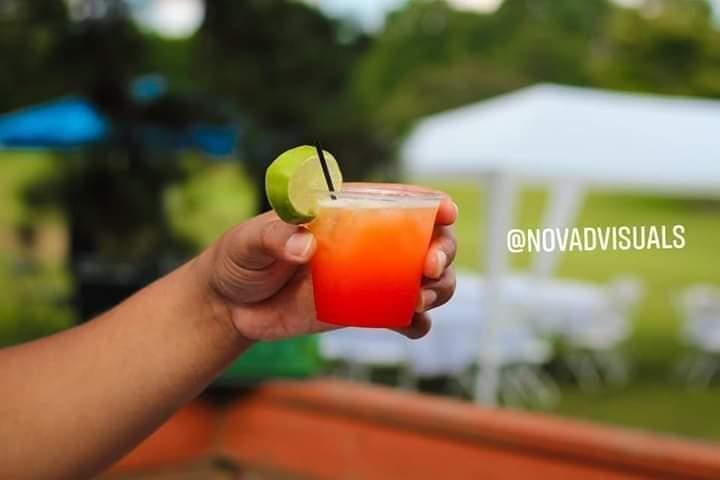 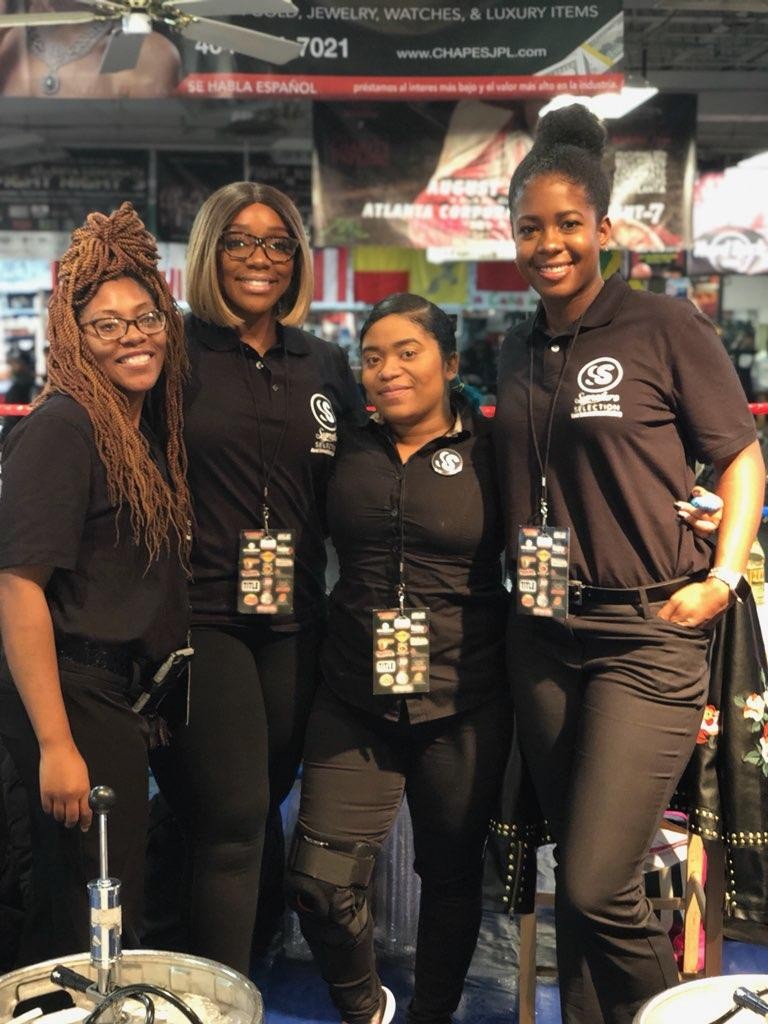 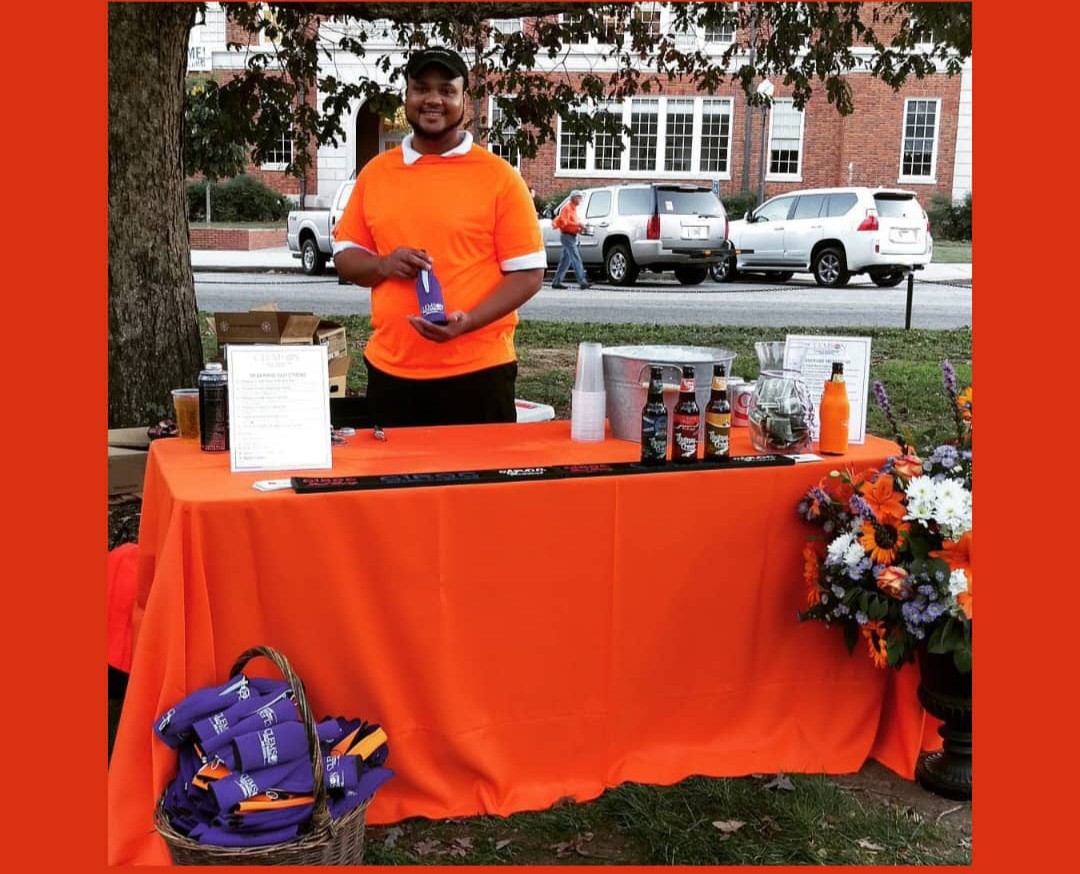 Jamal, love having you share your insights with us. Before we ask you more questions, maybe you can take a moment to introduce yourself to our readers who might have missed our earlier conversations?
My name is Jamal Harbison. I own a hospitality-based staffing company, which specializes in events. We staff services such as bartenders, servers, etc. Before I knew what it was, hospitality was in my character as long as I can remember. Jobs that involved assisting as well as working with people were always the ones that I gravitated towards. However, I ended up going to art school, majoring in Filmmaking. After a short while in my studies, I realized that filmmaking wasn’t the absolute path for me. To this day, the deep appreciation for all arts resides in me with a passion, but now only as a spectator. When college was no longer part of my journey, my path actually wasn’t clear for an uncomfortably long time. One day, an ad for bartending school caught my attention. This bartending school provided services similar to what my team provides now. After one event with them, I decided to branch out on my own. Over the years, my team has built a reputation for being the people you call when a lot is on the line. In the big picture, we fill in the blanks. Sometimes, we’re the frame. When a client is upset that their previous vendor had to back out last minute, we’re there. When a client has to change their wedding or other special event to a different location last minute, we’re there. To a different day, we’re there. We’re in the trenches the day of with the event planner, the chef, the decorator, the bride, the DJ, because their event or client’s event is just as important to us as it is to them. Despite the challenges and unforeseen obstacles that have certainly come our way I am mostly proud of the longevity that we have maintained. This year, 2022 marks our 10th year anniversary since our very first event staffed. That is an accomplishment that I hold near and dear to my heart. Though I must say, it has been a humbling experience. I couldn’t have done it without the blood, sweat, and tears of my team throughout the years. In addition, we survived due to the loyalty and trust of my clients. I want my clients and teammates, past and present, to know that I appreciate them. Every single one of them. This brand Signature Selection does not exist, nor does it continue to exist, without being the representation of the collective.

Any advice for managing a team?
My approach to managing my team fosters from being treated unfairly in the past. Throughout my life, more than not, the job environments that I worked in were very demoralizing due to poor leadership. I was used to being overworked, underpaid, just underappreciated in general. As a result, I didn’t perform in my utmost potential in these situations. Naturally, from experience, I realized that if I were to run a business, I would treat my team in the fashion that would influence them to perform to their utmost potential. A business owner looking to become more successful should know the key to operating at your business’ best potential is to keep your team in high morale. Listen, when they have an issue or need to vent. Teach, when they make a mistake or to prevent a mistake instead of being condescending. Lead gracefully, when they need direction. Follow humbly in a situation where they can take charge. Use discretion, when handling a delicate situation. Noone likes to be embarrassed. Acknowledge, when they excel. Encourage, when they need an extra push. Use empathy. I promise, if you treat each individual in your team with respect you will find yourself in situations where your team is compelled to do the right thing. Even if you’re not there. We sell smiles and authentic ones are more valuable. Keep a happy team without selling yourself short of course.

We’d love to hear the story of how you turned a side-hustle into a something much bigger.
In my generation it is common for an individual to have or seek to have multiple streams of income. The spirit that it takes to maintain these streams is called hustle. Hustle was instilled in me at an early age. Watching my grandparents, parents, and other family utilize their hustle to make ends meet was an inspiration that I didn’t know I needed until it came a time to implement it. At one time I had 4 jobs, 3 of which were on the same street. One of those jobs was an early phase of my company, Signature Selection. Signature Selection was started out of a necessity to be my own boss. There was no automatic jump start into doing it full time since it wasn’t close to being able to pay the bills in the early stages. Since my first event, it was realized that this was something that I wanted to do full time. Getting my first taste, the fulfillment of being self-employed was unmatched. However, in order to make ends meet, for years I had to juggle perpetuating a dream to a reality with actual reality. Of course, my first event was a key milestone. Next was becoming an Uber driver. Before that, for 4 years I did not have a vehicle. Thanks to Uber, I was now mobile. That’s an important attribute for a mobile bartender to have. After 4 years of Uber, Lyft, and a rigorous courier job, I was able to pursue my dream full time. The next milestone was being able to run Signature Selection while putting the other hustles on the backburner. Finally, the juggling act was now in the favor of being my own boss. My latest milestone in turning my side hustle to a full-time business was stepping down as lead bartender. In order to correctly run a growing business, I needed to take on the admin role full time.