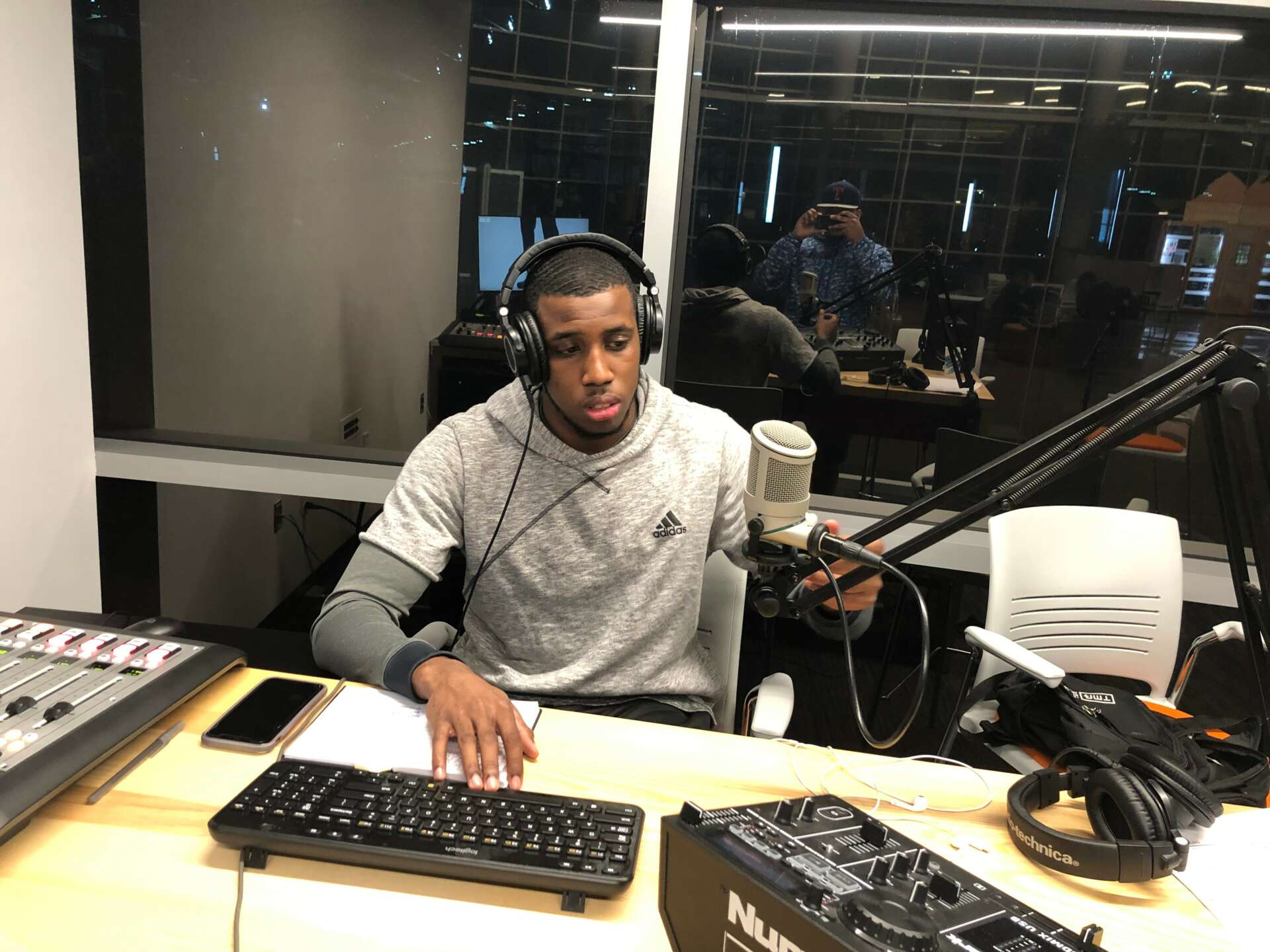 We caught up with the brilliant and insightful Jamal Brown a few weeks ago and have shared our conversation below.

Alright, Jamal thanks for taking the time to share your stories and insights with us today. Do you wish you had started sooner?

I wish I could say my story started out as something grand and amazing that they’d want to make a movie out of one day, but I’d be lying. Myself and the guys who’d later be known as the ignant crew were just hanging out one day and Coop said ” Bro we need to say this on a podcast.” For someone bold and stupid like me, that’s all I need to hear. At that time I was working the graveyard shift at a radio station slaving away for next to nothing. I was still recording audio and doing my creative thing, but it’s hard to love it at 3 in the morning. All that aside Ignance finds a way. Back in GP (Grand Prairie) a rec center, The Epic, had been open for almost a year. They had all the equipment just begging to be used, but lacked a guy who knew how to use it. I became that guy. From then on we became the first podcasting tenants and the D1 Ignant University was born. Looking back I wish I could have started this journey in college, so I could work out the kinks and use their microphones. All the signs were there I already talk to much and I’m not afraid to speak my mind. But hey better late than never you could say. Had me and the guys started a little earlier I think we would have had a more solid fan base and gotten more out of our time at the Epic. I’m talking sponsorships, merch, and maybe a few city appearances, anything is possible. I’m sure everything worked out for the best though all of us are pretty happy with the way things have turned out, but the work is never done. As the Mamba once said, ” Are you a different animal and the same beast?” 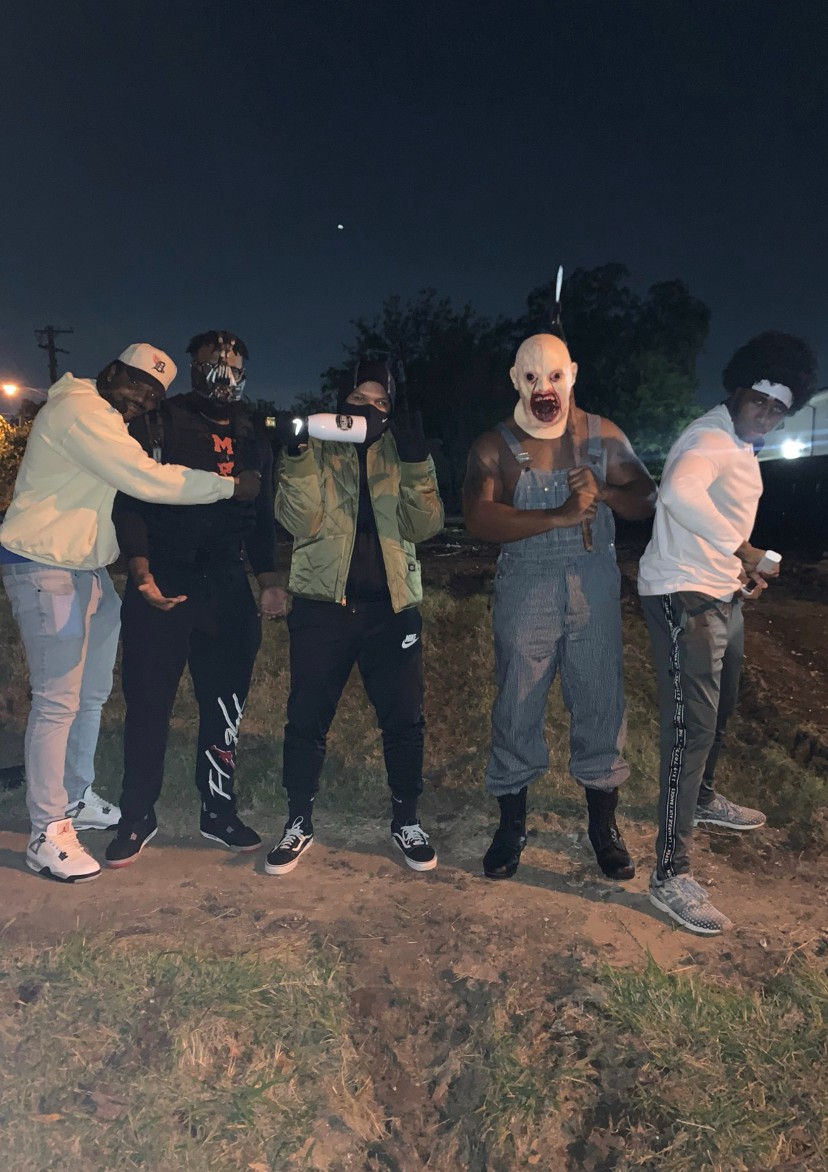 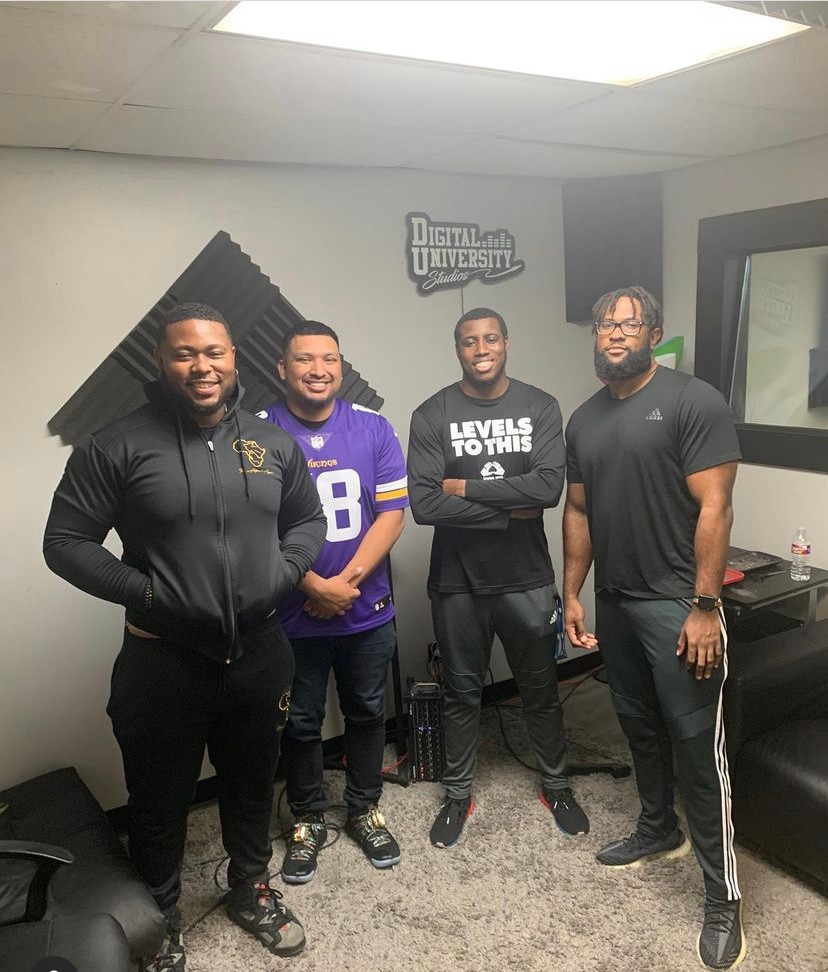 Jamal , love having you share your insights with us. Before we ask you more questions, maybe you can take a moment to introduce yourself to our readers who might have missed our earlier conversations?

Me I’m simple, just a kid from the Dalworth ( my hood on the north side of town) making his way through life with a few mics and a laptop. You know the insult ” You have a face for radio” well I took that personally and made it into a thing can put my heart into. Everyone has a story to tell or simply wants to be heard and I’m no different. I’d just rather be behind a mic than in front of a camera. “All I need is One Mic” – Nassir Jones

I stumbled into the audio game completely by accident if we’re being real about it. I had a group rdio project in college and my group threw a file at me and said I looked like I knew how to edit. I did not! But hey it all worked out since here I am.

A mic is a powerful tool and you should use its powers for good. It was always important to me to work on more things than just my show, so I started teaching podcasting classes at the very same Epic Studio that we originally recorded out of. It’s there I got to show people the ropes of what it takes to get started, their creative process, and just knowing how to express themselves without fearing the results. From there I’ve edited other people’s podcasts enough that I made a small side hustle to get extra practice for my show.

Some people go their whole lives trying to find something that they love and have passion for. Luckily I found mine early in life and nothing makes me happier than knowing that. For anyone who takes the time to read or skim through this as a listener, client, follower, or whatever you should know, I DO THIS. The same passion I put into my work I’ll put into yours
and that is an Ignant Absolute.

The pandemic hit everyone hard no matter what industry you worked in, hobbies you had, or anything else. For me and the guys the very studio we put so much time in had been shut down like many other places in that time. So, we had to find a place to do the show. Now audio is tricky you can’t just record anywhere since it’ll sound bad and that’s not something I’m putting out on the airwaves. With lots of “nonessential” places closing our options were getting slimmer and slimmer by the day. Until I had another idea( one that was just stupid enough to work). to do the show from my car. It didn’t have all the fancy studio equipment of the epic, but I didn’t have wind, not much of an echo, and we could all pretty much fit inside. I’m not sure of the exact number, but I know we did at least 15 shows from my car, not too many can say that. When there’s a will there’s a way you just have to be willing to find that way. 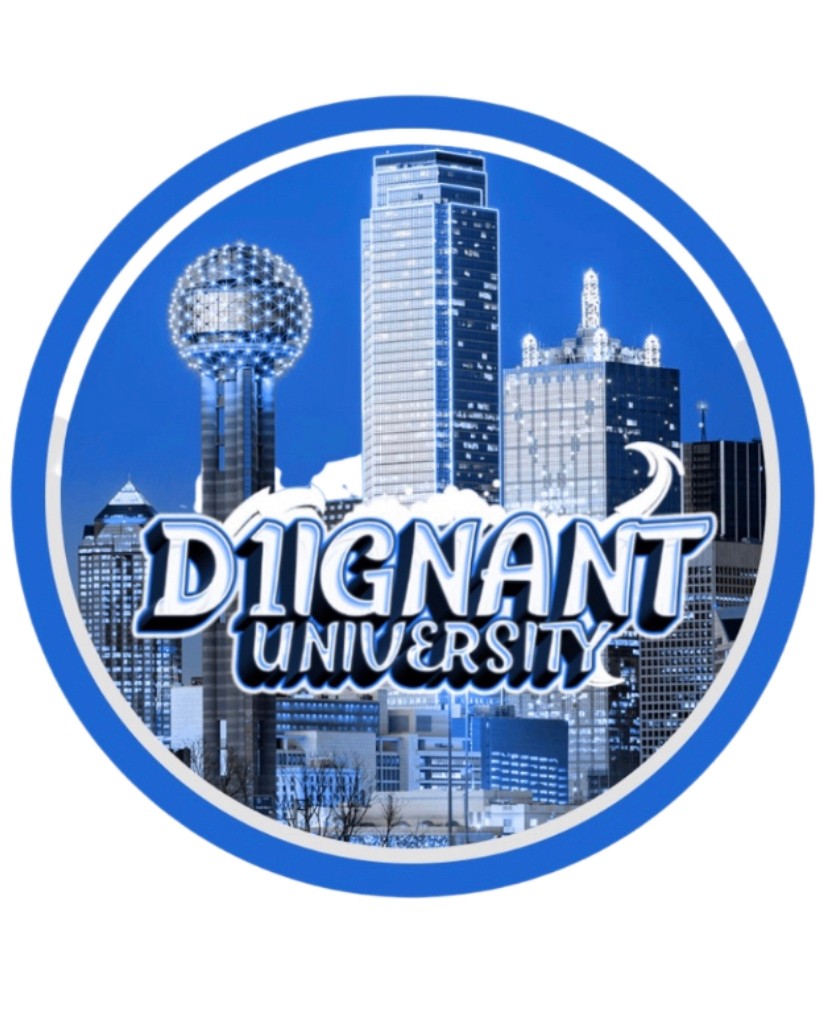 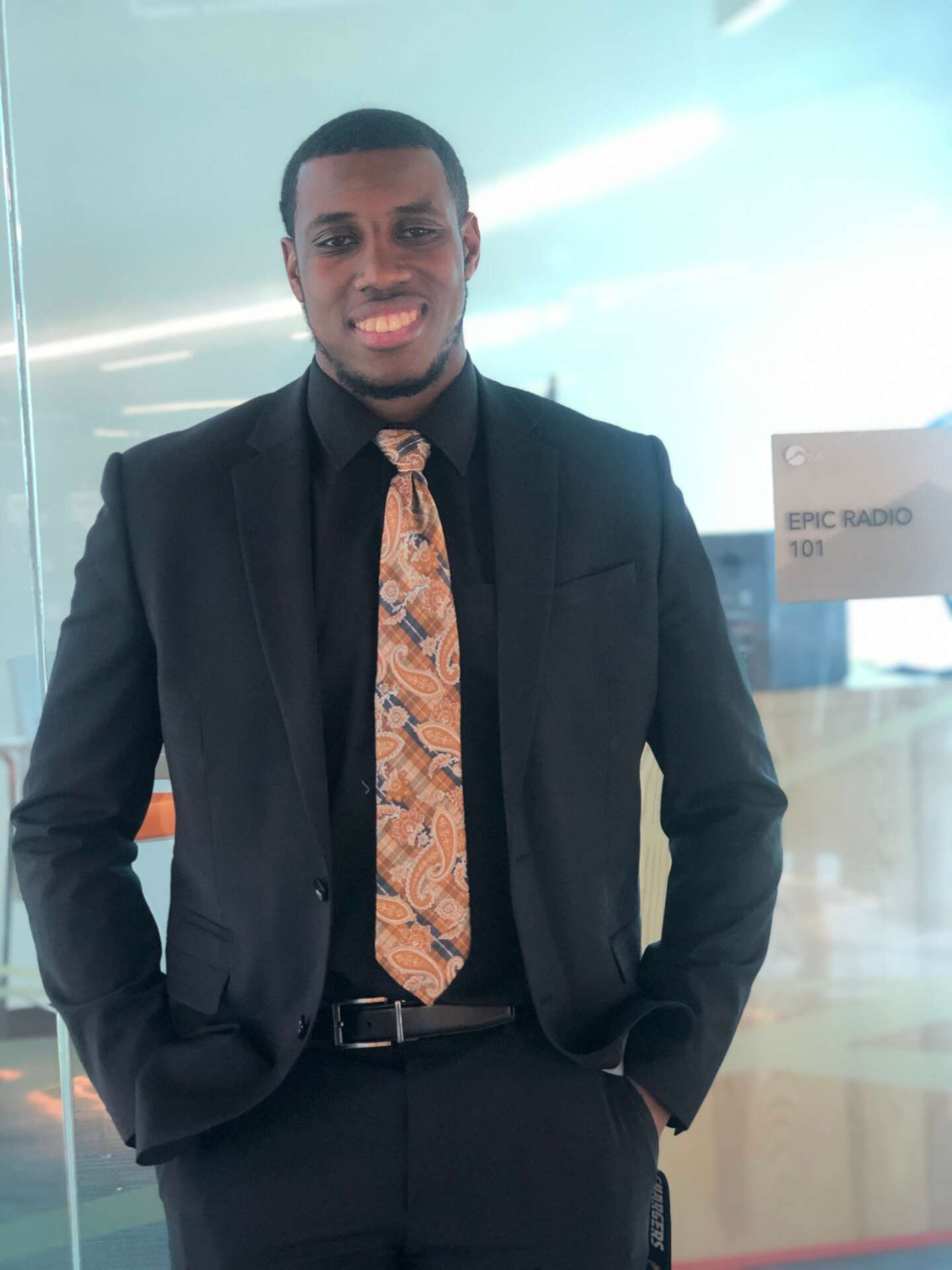 A lot of people are impatient and think success will just fall in their laps overnight. If you ask me I’m still not successful. The journey to the top is a hard one, going in more directions than I can count. The sad truth is you’re going to lose some people along the way in some form. People will stop believing in you, trusting the process, or simply will show they weren’t in it for the right reasons. All of that is cool and we wish them well, but the journey isn’t for them.

Creatives have a drive to make something they can be proud of and it doesn’t matter how the world sees it as long as they see it. If you’re on the outside looking in all I ask is to support them. Sometimes it’s as easy as a retweet, share, or just telling them their work is really good.