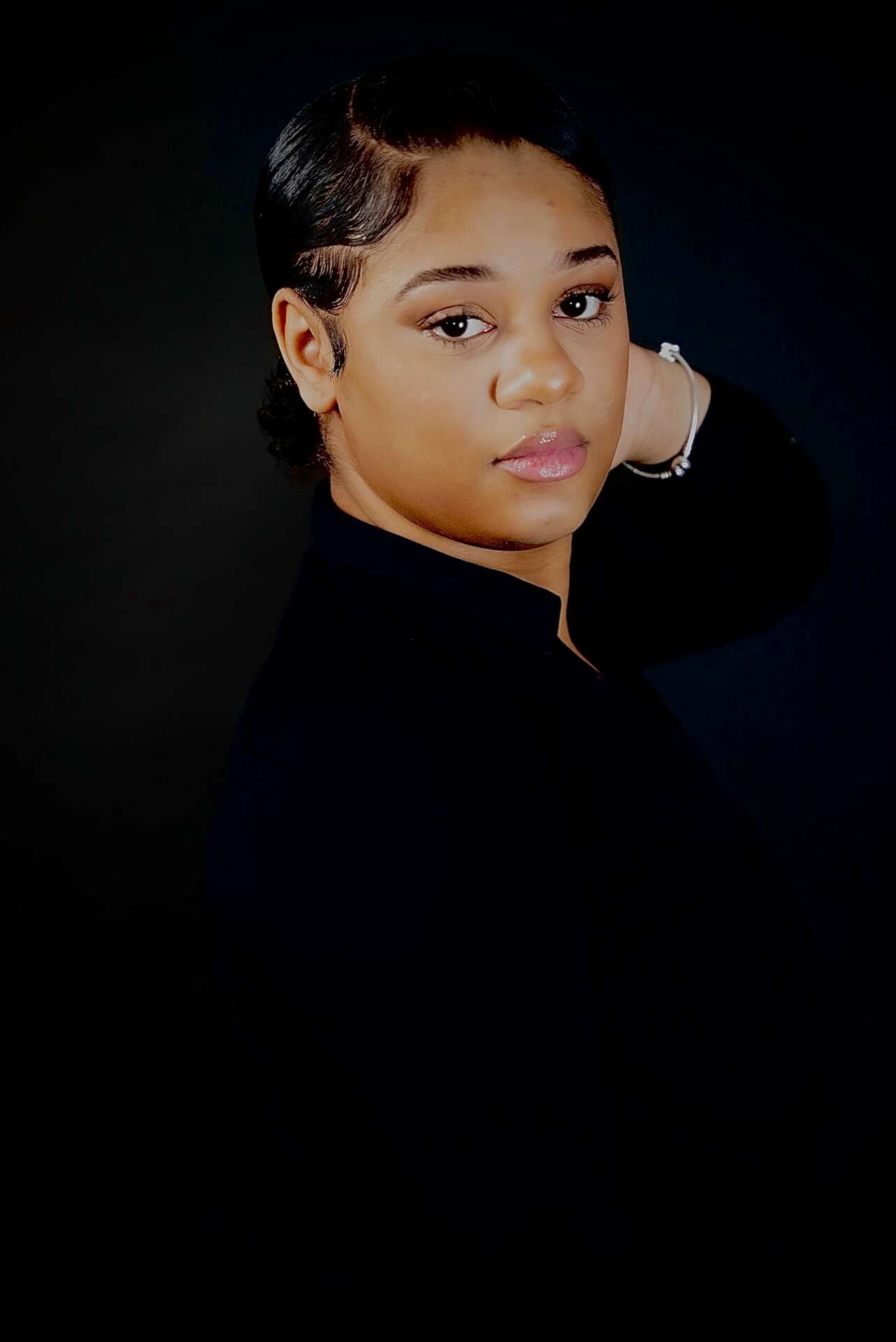 We caught up with the brilliant and insightful Jamaica Johnson a few weeks ago and have shared our conversation below.

Jamaica , appreciate you joining us today. Can you talk to us about a project that’s meant a lot to you?

Throughout my high school years, which I would say is the time I was indulged in my art and using my art as a tool to serve advocacy for black youth, and the oppression of black people. It was always a concern in my mind and a weight that pulled the stings of my heart. The most pivotal moment in my life was my freshman year. Attending Pittsburgh CAPA, a performing arts school in my city, notorious not only for its strength of arts but its education of academics as well. Coming from my ‘homeschool’ (school assigned to you by where you live), that was about a mile and a half up the road of my home in the Hill District, I almost immediately noticed that its not that CAPA is better, but it is that all schools aren’t given an equal opportunity. Everyday it made me sick to see the privilege that was presented at my school and always thought “this is normal?” There weren’t many black students attending the school so I could almost recall every senior that attended CAPA while I was a freshman. They were the most talented, outspoken people I’ve ever met and I looked up to them. In 2017 when Betsy DeVos was appointed Education Secretary, Pittsburgh CAPA students led a city wide student walkout/protest. As I walked to streets my blood boiled of passion and purpose and for the next days to come I continues to protest which led me to sit at tables to speak on the behalf of my underrepresented people.
There was so much backlash from parents, school, board of education and especially social media.
Following this incident was the murder of Antwon Rose, a 17 year old male killed by police in Pittsburgh’s Swissville. And after some of us being suspended others put on probation, we knew that we still had to push the voice of the youth. At the lead of Ameris Carter Nia Arrington and Anyah Jackson we filled the streets all over the city for days. With tears in our eyes, through the rain, and with little support of adults behind us we pushed for over a dozen protests.
This is what drove me to write my play, “Untitled”, that represents many of the problems youth and especially black oppression in todays society.
Seeing how there is not enough people advocating for my people and not enough people realizing that what we feed and show our youth is what shapes our future.
“Untitled,” uses performing art to express reality from a non-biased standpoint. So that those who may have witnessed racism, sexism, classism, or oppression, or may have lived it or may have even caused it. But it leaves enough room for the audience to shape their own opinion once seeing the truth and reality of black youths lives.
This project is still a working in progress. It was almost completed in 2020 until just two days before the show opened, Pittsburgh was complete shut down and put into quarantine. Since then, a cast member (Isaiah Freeman,17) of the show who was also a child hood friend of mine was killed while I was away at Basic Training.
The pain of losing him and not being able to attend his funeral is heavy on my heart to this day. Although, it is going to drive me to make sure the message of Untitled is heard by todays youth and his name will never be forgotten along with the many others from my community that has been laid to rest. 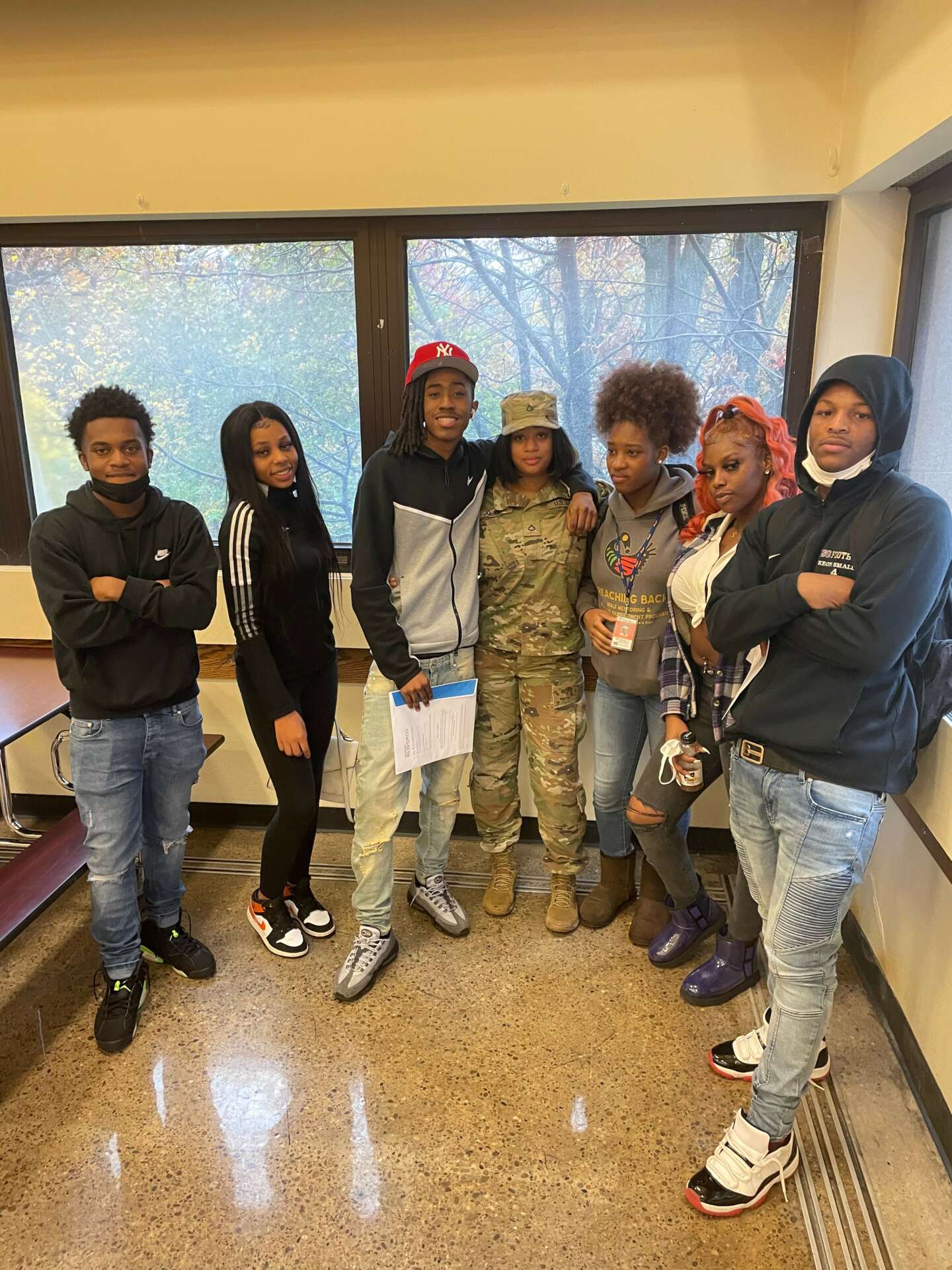 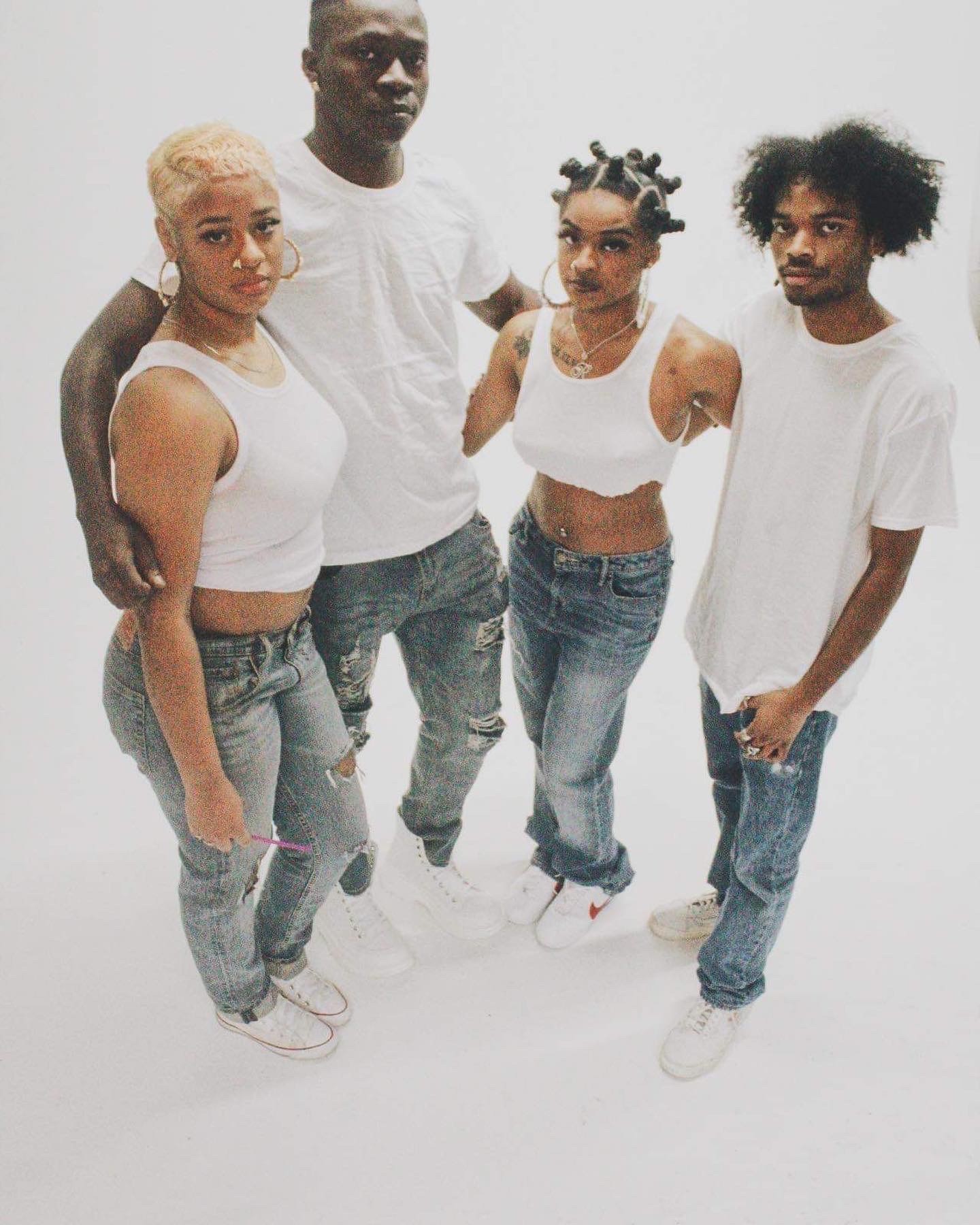 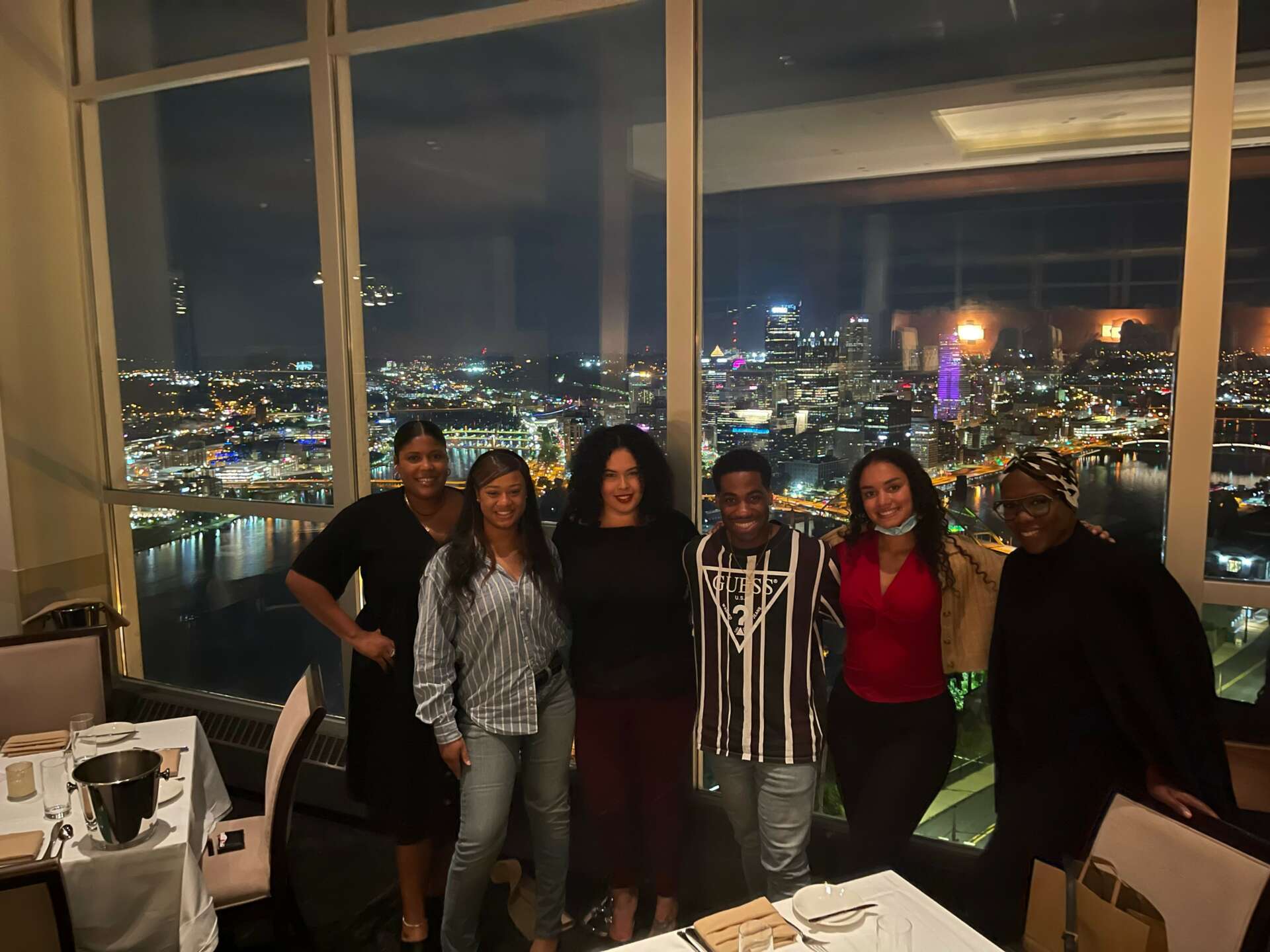 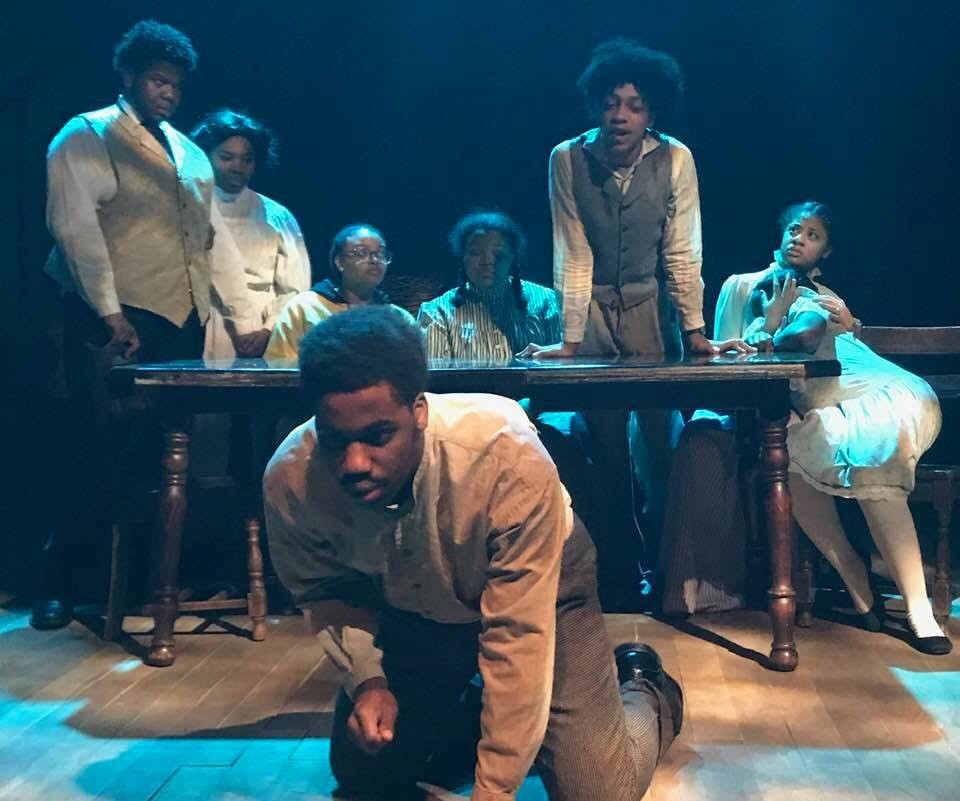 I am a performing, teaching and writing artist as well as an American Soldier. I have made appearances and spoken/performed at over 28 events that serve the purpose of advocating for black youth and the Hill District community in Pittsburgh, Pennsylvania. I think what separates me from others is that I am normal. I am the the image that youth can look up to. Why? Because it shows the youth that even someone who came from the same community as them, lived through the same poverty as them, walked the same streets to the same underrepresented school as them, and is still figuring it all out just like them, voice can be heard and they can sit at tables and advocate for themselves and for their peers who may not be brave enough to do so. I am a strong believer in not just speaking of but the action selfless service and owing everything I have to give to the youth. I am a vehicle, driving to the destination of equality and opportunity for the underrepresented. I think that the authentication of actually being able to relate to the youth, and their losses and being able to talk to them everyday gives me something to work hard for everyday and always keep the goal of change in view. I started performing in the 3rd grade. It was an opportunity that was presented to me that I never knew would change my life the way it has. I started with Shakespeare until I finally was accepted into CAPA where I discovered the beauty of the work of August Wilson. I became the youngest person to place in the annual August Wilson Monologue Competition and the only contestant to place twice in Pittsburgh. I was obsessed with August Wilson’s work and I was fascinated enough and driven enough to be noticed by people who wanted to see me succeed in his work. at just 15 I performed at the August Wilson House GroundBlessing Ceremony at the home that August Wilson was raised at as well as at the August Wilson Proclamation Day at the Pittsburgh’s Mayor’s office, along side his nephew, Paul Elis. Also, at the age of 15 I was awarded an Honorable Citizenship Award from Rich Fitzgerald.
After covid hit, I put a pause on college and going the Army National Guard. And since returning home, I have returned to spread the word of August Wilson by coaching for the monologue competitions. And full time working at the community center that I attended in high school. The Center that Cares founded by Reverend Glenn Grayson. I am a roll model to youth and encourage them to learn new skills and use their voice to make a change.

My goal as of right now is to introduce art to black youth and teach the how to articulate their political views through art. Eventually I want to open a Social Justice Academy that specializes using performing arts as an avenue to express the endeavors of change. I know that there are many steps that goes into the process to do something of that sort but everyday I remember my peers who have lost their lives or have struggled to graduate or wish they had an opportunity to explore art and I know that this is something the youth needs and I know I am driven and experienced enough to be the one to create this legacy. 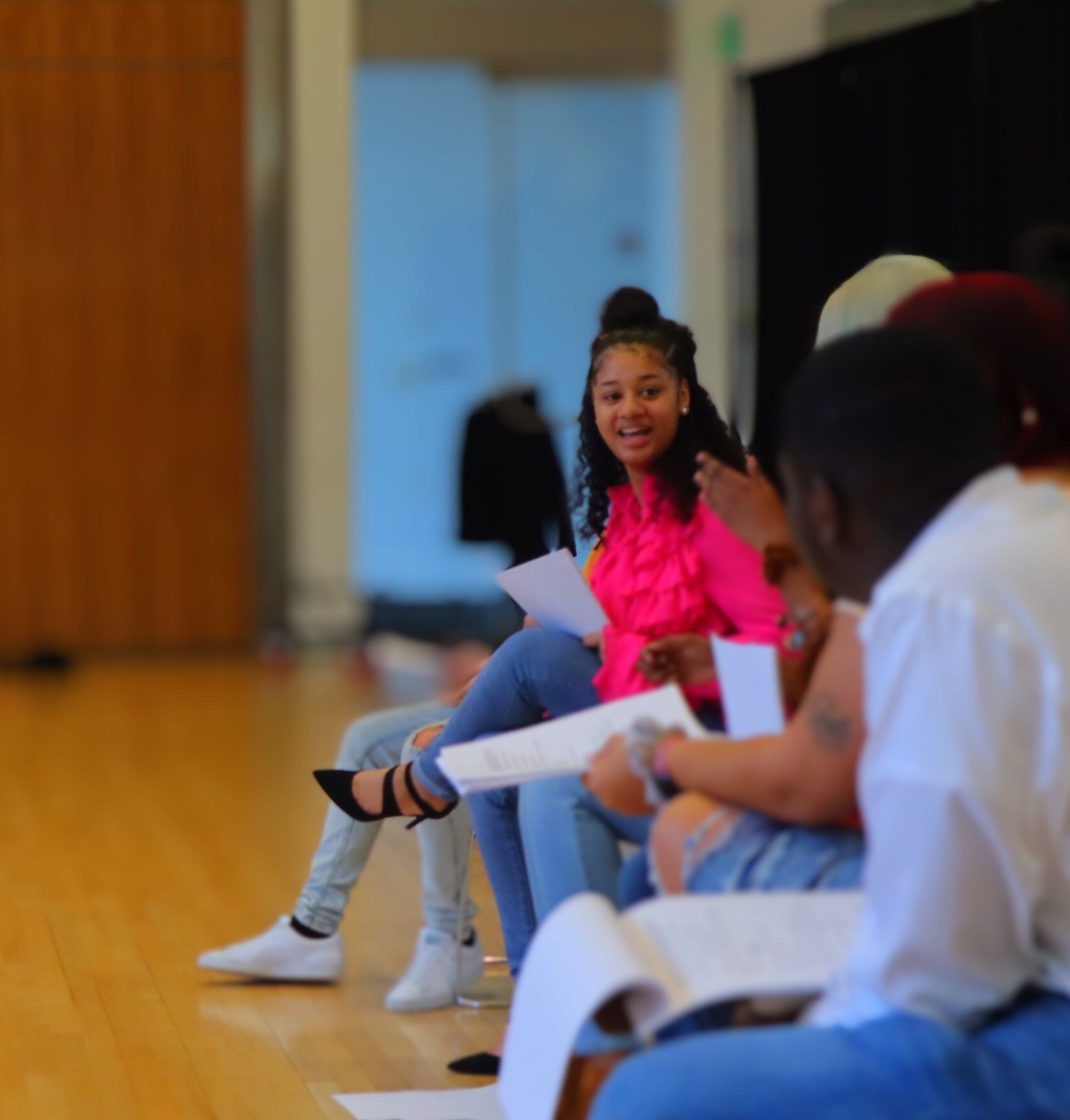 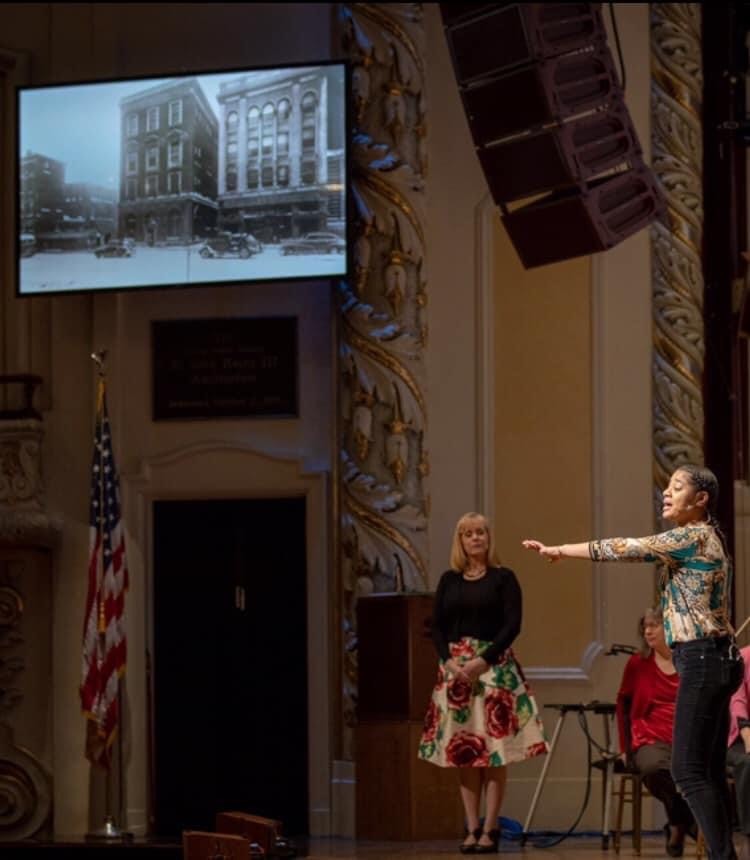 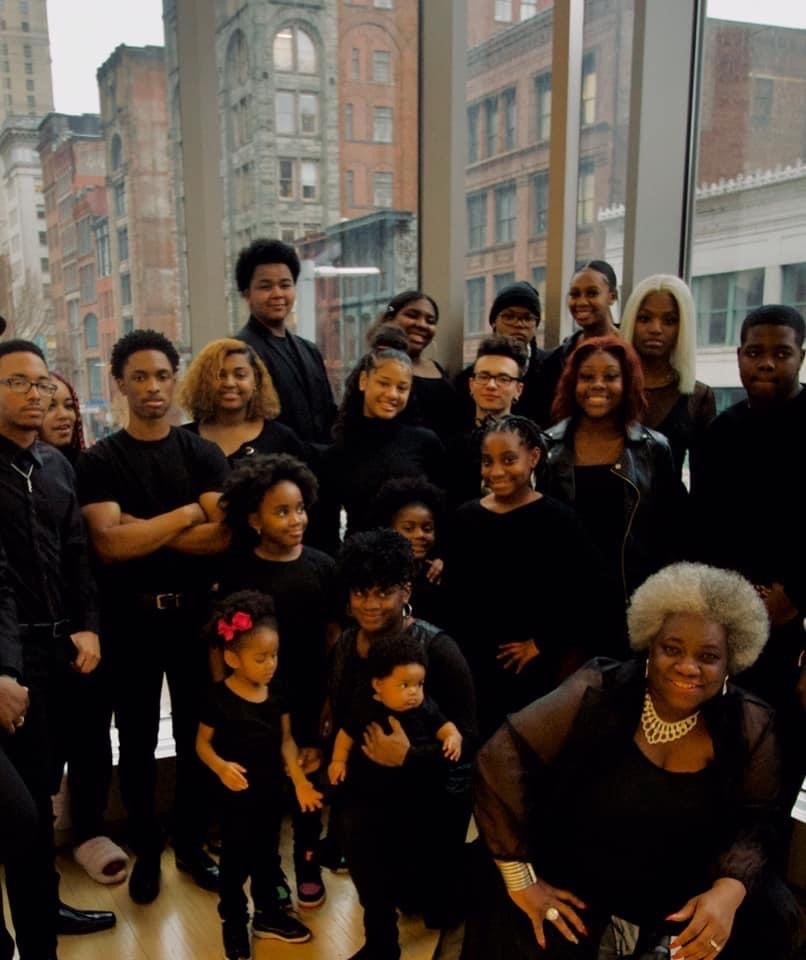 The most rewarding part of being an artist is being acknowledged and appreciated. I think too all too people who aren’t a creative themselves tend to underestimate the amount of work and sacrifice that goes into devoting your time into your creating art, developing art skills, especially presenting your art and the amount of vulnerability that goes into it. A lot of times its like creatives live in their own world. And with that there is competition, gossip, judgement because for years it is the same people all trying for the same limited opportunities of getting their work out or performing. I think where society plays in that is that art shouldn’t be presented just to the ‘art world’ but should be available for the perception on all. Because art can speak to just a piece of you but can express a feeling that the next person has been looking for something to relate to all along. With that being sad, that recognition, especially from faces that aren’t so familiar makes it all worth the while.
More importantly, when presenting to youth, and their eyes light up with fire and their mouth fumble with wonder and interest. It shows that I am still on that avenue of being an inspiration the the most important people of society, as in my mind youth is everything of our future.