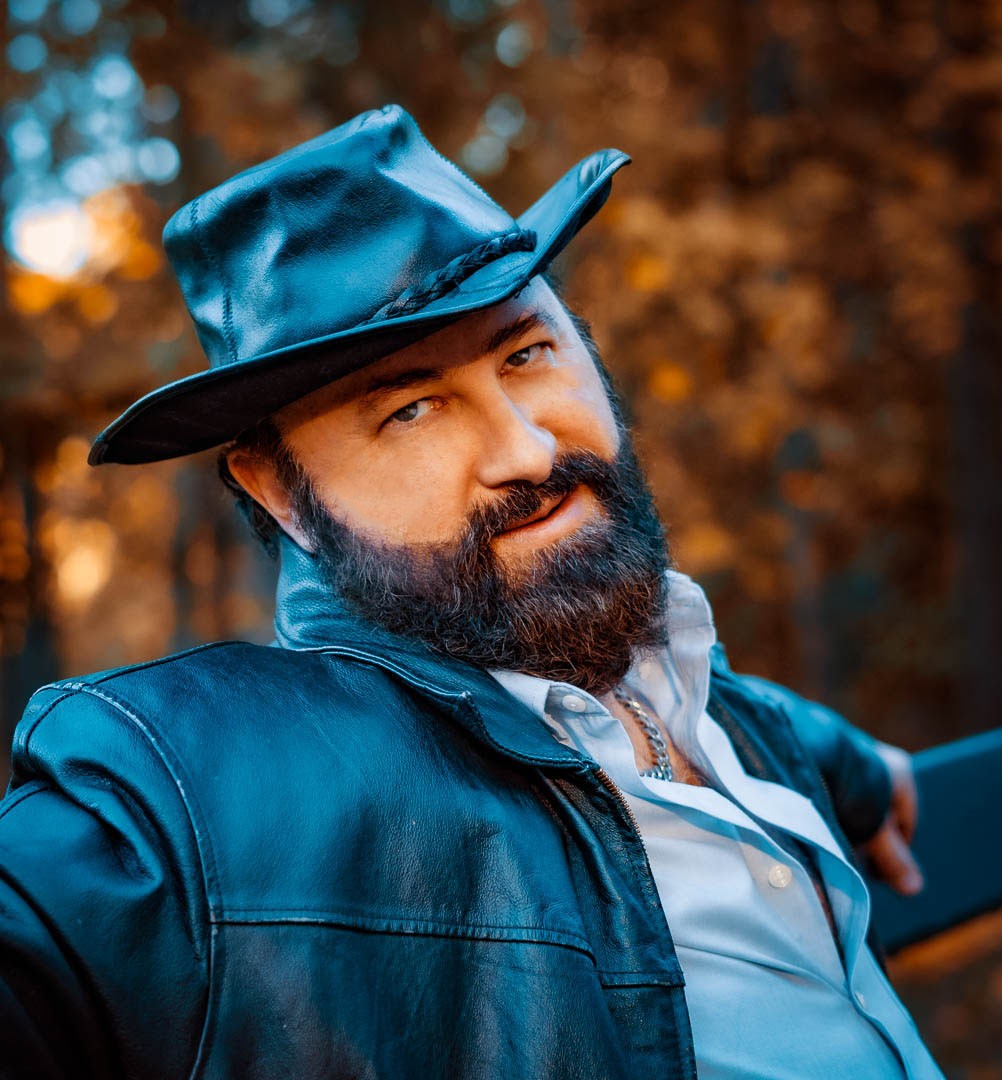 We were lucky to catch up with Garrett Forge recently and have shared our conversation below.

Hi Garrett, thanks for joining us today. Did you always know you wanted to pursue a creative or artistic career? When did you first know?

I think I first thought about pursuing an artistically path professionally when I was in my early teens. I started writing songs when I was around 14. Songs would just start coming to me through God and I would try to find ways to write down what I heard through the melodies what would be a title of a song or a hook. I still get songs sent to me to this very day. I also had have other artists who have discovered my talent and they sent me beats so that I would write songs to them. I started what I would call my early days of a filmmaker when we got our first video camera with sound when I was in my early twenties, I would start making home movies mostly around the holidays, They were very bad and I could never get the actors (my family) to listen or do anything I wanted them to do. They would mostly laugh at me and tell me to go film the dog who would mostly just lie there or scratch or clean itself. I didn’t necessarily pursue being an actor until my late 30’s in local community theater which really opened up opportunities for me to act. 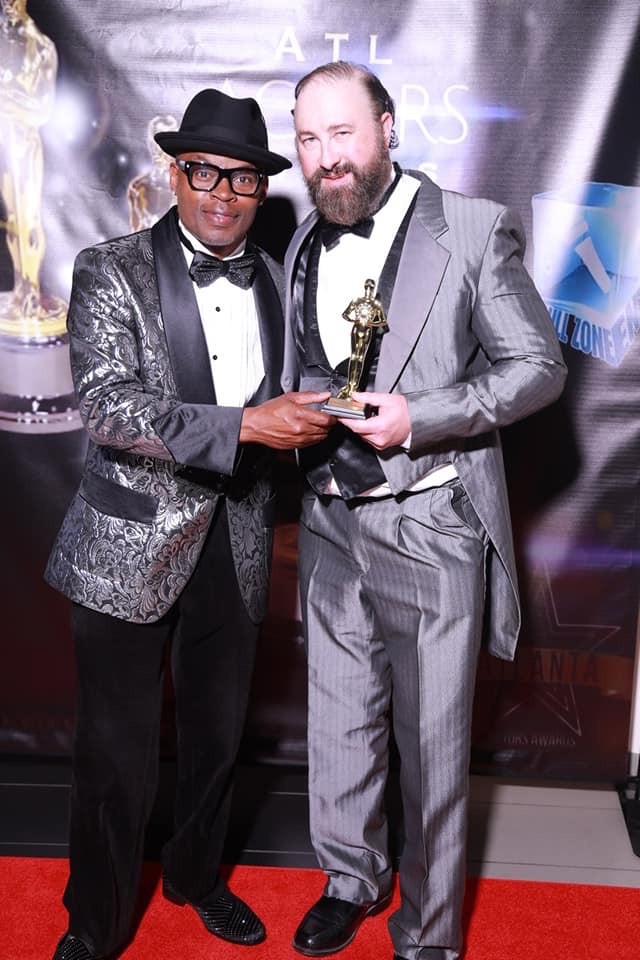 I was born in Atlanta, GA and lived here in Georgia all of my life. I am an actor, music artist, songwriter, music producer, former model, Brand Ambassador for 3 different products, and I also own and operate my own Audio./Video Production business called Forge Ahead A/V Studios out of my home. As I mentioned earlier, I started acting in local community theater shows, including plays and musicals which I have been in over 20 over a 8 year span. From there, one of the actors that I met in the shows produced a film he wrote and I got cast in his movie and another movie that the student casting directors submitted. During a time I was unemployed, I went out for an unpaid background role on an independent movie and the director saw something in me and bumped me to a speaking line and actually was given 3 scenes and 3-4 lines. On that set, another actor just started talking to me and asked if I hade an agent, which at the time I said No. Well I submitted my headshot and resume and after acting out a monologue at a local professional taping studio, I got signed with East Coast Talent and who has been representing me now over 5 years. Since that time, I have had speaking lines in almost 30 film projects. I have also been honored with an Acting award, multiple nominations in various types of entertainment awards and have won my first one last year as Best Supporting Actor in a Short Film for the HAPA Awards. The awards were presented at a ballroom in Beverly Hills, CA, Unfortunately, I was not able to attend. In 2019, I got the courage up to start getting my music produced and learned how to produced songs myself. I write all my own original songs and now have released 20 singles and my next single is dropping on Friday October 7th, 2022. I am finishing up my 2nd album and have at least 5 more albums to come. I am also a Voiceover Actor. I have voiced characters in Docudramas, audiodramas and narrated on a YouTube channel and cast to narrate and voice 5 characters in an animated feature film out of Ukraine. I took my knowledge of Voiceover and created a voiceover training class and then developed the skills to train others in Voiceover. From that, I expanded my business and learned how to edit actor reels, and voiceover reels and then added music productions, songwriting and ADR and decided to launch my own business back on March 1, 2020. I have approximately 50 people that I either trained in voiceover, or edited their actor reel, or helped with music production and even some ADR was recorded for some feature films out of California and even India. I have also did some sound editing for an award winning film for an actress friend.
My business slogan is “Helping you to Forge Ahead in the Entertainment Industry”, That’s also my own life mantra because its about going for your dreams and I feel like I can help many people in entertainment and even outside the industry when it comes to any pf my services. I even have a recording studio for singers, and voiceovers to record.
I am most proud of myself of how much I have accomplished in the last 15 years but my achievements in acting and the number of incredibly talented people that I have met and worked with has been awe inspiring.

I think as a creative, the main goal is to have the freedom to create and express myself through my music, or a character in a film, or even through writing which is another endeavor that I haven’t pursued fully yet but will do so in the coming years. I think my mission and I think for most creatives is to inspire or help others. In every one of my songs, there is usually a message or hope or something to make you think or maybe just to make you laugh. I am a Country Music artists but I have listened so many different genres on music over the years that I tend to like many kinds. If anyone saw my personal playlists, they would see it is very eclectic. Because of that, my music seems to not really fit in one genre category. I usually describe my music as cross-genre country music. That comes from my love of Rock, Pop, Jazz, R&B, Soul, Classical and even dance and Hip-Hop. My first album was sort of eclectic also and more of a fun album with more upbeat tunes along with some deep thought-provoking songs about life. My 2nd album hits a much deeper subject matter of difficult situations that affect the family unit from depression, alcoholism, drug abuse, domestic abuse, suicide and more. The songs range all over the music spectrum too with my country twang coming through all of them. I hope this recent album which should be released in Nov 2022 will impact people about issues we all face and want those dealing with them to seek help and to never give up no matter how hard life gets.

I think the way society can best support creatives is by attending more local artistic events, be it a artist showing a gallery, a play at a local theater or even at a large event in a large city such as a Broadway musical or a concert. Also attending movies and try to help in your local community and schools by supporting the young people who want to be actors, singers, or artists of various kinds. A creative person needs to know they are supportive and that they matter. To them, this is what they have and need to express. Its hard to explain to a non-creative other than its like a need that you have that you have to satisfy or like when you are craving a specific meal and you will not stop thinking about it until you get that food. Its the same for the artist. They have to do something creative or it will eat at them until they do it.

Thank you so much for allowing me to share about my journey in the arts and in my business. I hope you who read this will look up and stream my music on Spotify or wherever you listen to music and Google me to see where you can see my movies. I have 8-10 that will be released soon.

Image Credits
I have the rights to use the photograph.