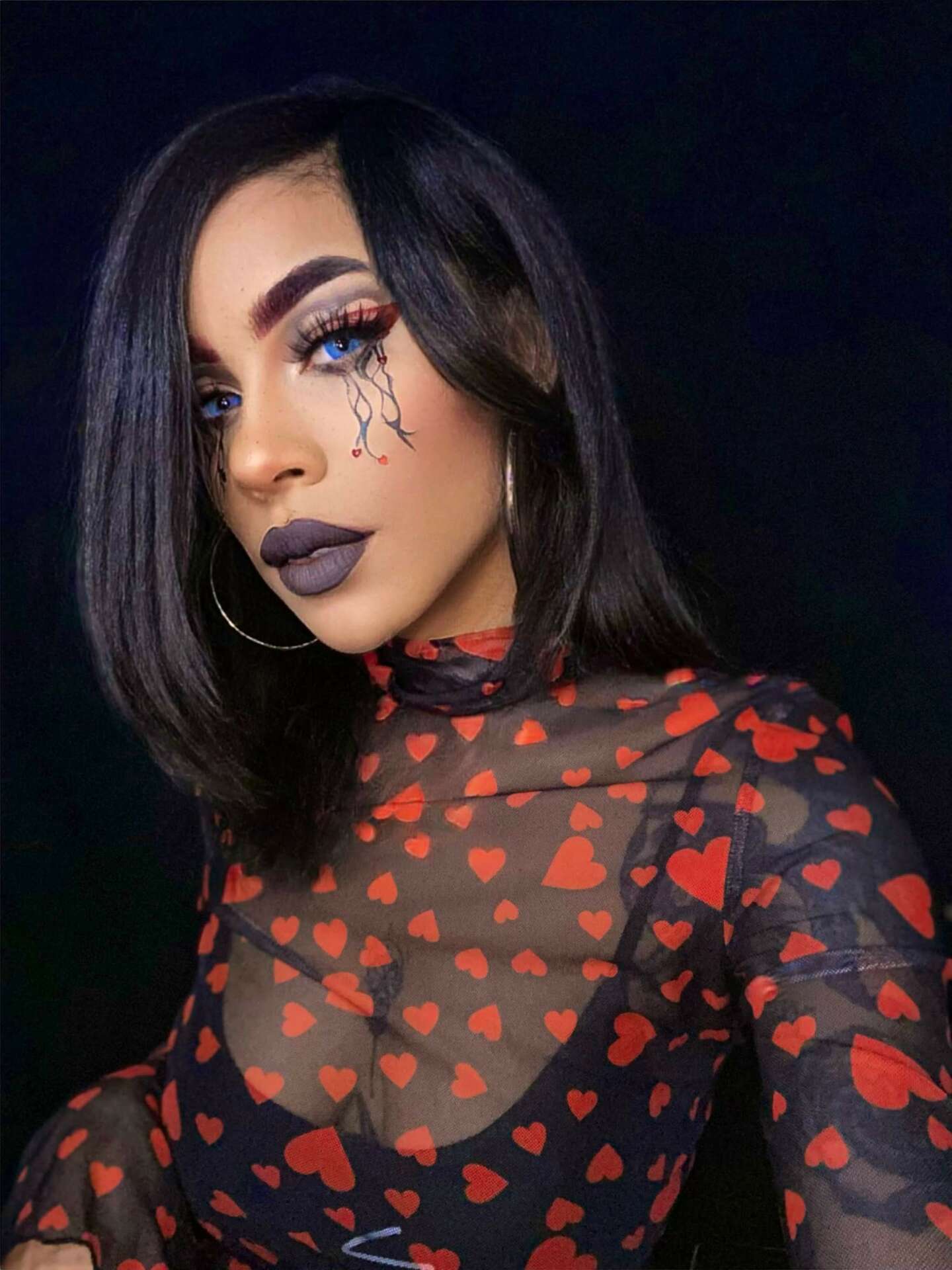 We recently connected with Froe Girl and have shared our conversation below.

Froe, thanks for taking the time to share your stories with us today Can you talk to us about a project that’s meant a lot to you?

The most meaningful project that I’ve worked on thus far, was the Black Lives Matter Mural that I completed in 2020 at a Caribbean restaurant in Brooklyn, New York. The restaurant is called Wray’s Caribbean and Seafood Cuisine and it is located on Myrtle Avenue. During the pandemic, I really tapped into my artistic side by finalizing a character named Froe Girl that I previously started, incorporating different versions of her into paintings and digital art. I was shocked to find that my paintings sold out and that I began to receive commissions. As it became popular to have an outdoor area to eat at restaurants, the owners of Wray’s reached out to me regarding the mural and I quickly accepted. Though I’ve never done a mural before this, as with everything else I can do- all it takes is a little research and experience.

I began to reach out to a few artists that did do murals, but I did not receive much help. After all the preparation, I was ready to get started. The day I decided to start, the sun was high in the sky but I spent some hours working on both sides of the mural. I was accompanied by whom I’d call my two “art goons” during the whole process. Krystal and Saidah helped me tremendously. The mural took about a week to complete due to some rainy days in between but we knocked it out on a couple of overnights. We decided overnight was best due to the hot weather in the daytime and the fact that we were working in the street, on a busy two-way street. We also met lots of people from the neighborhood who were amazing like other artist, hairstylist and more. All in all, this was the biggest project I had ever worked on, and in the midst of the times, it was my way of protest. The message was clear and precise, and I was able to bring the owner’s vision to life. I will forever be grateful to have been included in that project. 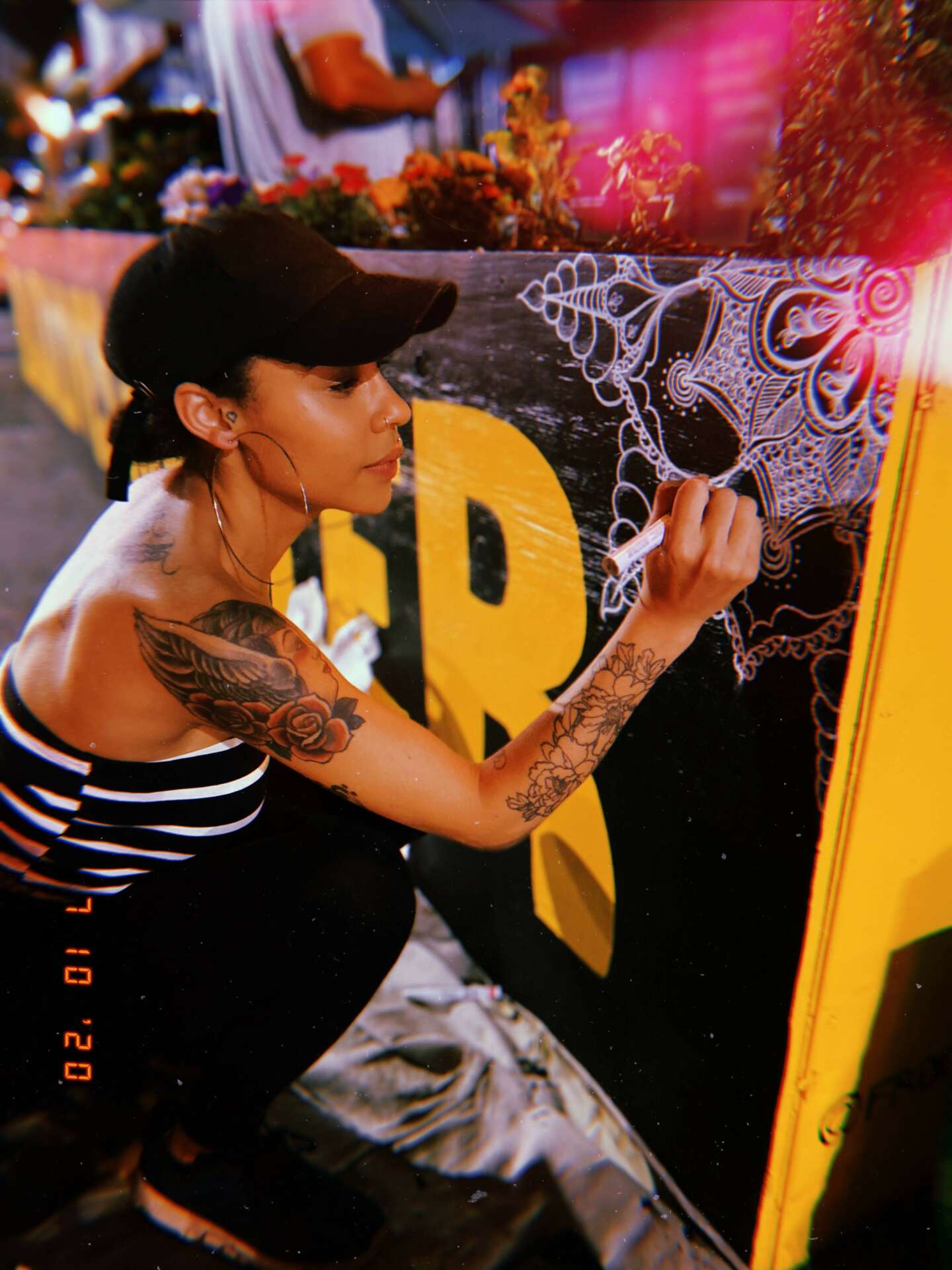 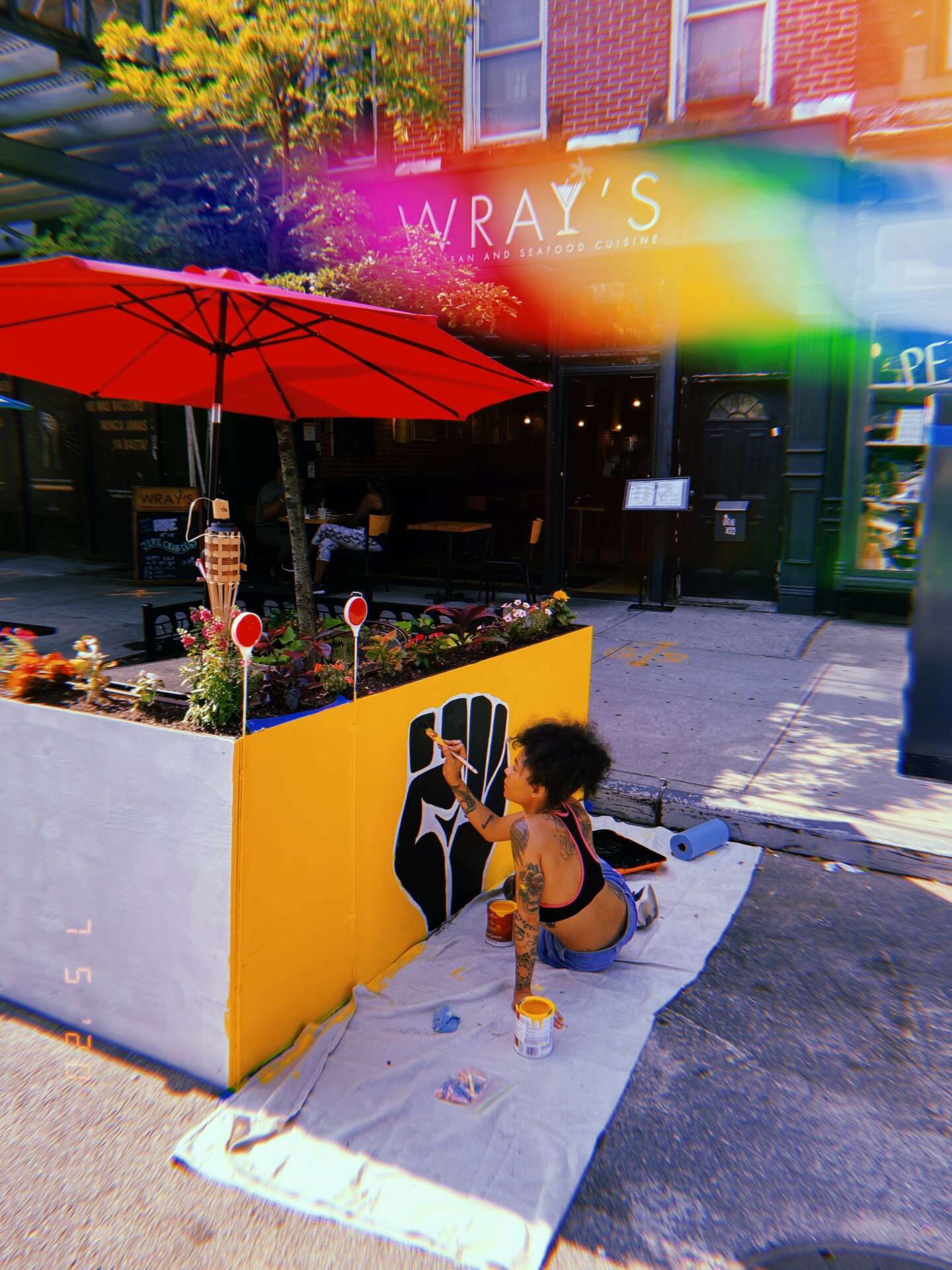 Hi there! It’s Froe Girl, a creative Jane of multiple trades from Brooklyn, NY. My background includes kid’s face painting, paintings on canvas, creative makeup, gaming, streaming on Twitch, and more! I’ve always been creative in different aspects of my life growing up. I went from being Chorus/Dance in my younger years, to a Highschool that specialized in acting, singing, and dancing. After that, I worked in a Tattoo Parlor where I was able to learn some great skills that I was able to take with me on my art journey. I did end up with 30+ tattoos by the way. Some years later, I started drawing as a stress relief method. I was literally drawing my emotions out on a paper, eventually creating a character whom with help, I named Froe Girl. Right before the pandemic hit, I started doing face painting for different kinds of events. Of course, that stopped once everything was shut down, but I was still in the mood to create. I started creating different versions of my Froe Girl character and painting them on canvas. Every painting that I completed was sold and I was overjoyed because I had created them in such a comfortable space mentally, with full random creative control. I actually had no idea they would turn out so beautifully. I had no real techniques or anything. I just had a lot of supplies and I was ready to paint my life away! In the midst of this, I was able to complete my first mural.

I started painting my own face too and mixing it with makeup. After doing my first Tiktok video I was eager to learn different transitions and do more makeup looks. The process took hours and sometimes days. I focused on that for some time. Although it was fun, I decided to focus on streaming on Twitch. My cousin actually suggested it! At first, I was streaming art but after a break, I decided to stream and play video games and do makeup looks. Not only was it exciting because I was in the beginning stages, I knew I could be better at both gaming and makeup with time. I was willing to share my progress from the beginning.
I think what sets me apart from others is my personality, and also my creativity ability. I am able to learn anything I put my mind to with enough patience and practice. A lot of my art came from trying things out with no specific technique. With that, I’ve been able to accomplish quite a few things I can say that I am most proud of every accomplishment I’ve made thus far. These accomplishments include- the mural, the major improvements in my gameplay/creative makeup looks and I enjoy streaming more and more, the more I do it. I am building a community that is playful and welcoming. I play games with my viewers because I love to really connect and speak to my community.

There are still so many things I have in store for my Froe Girl art and I definitely plan to execute them once everything is in order. For now, though, my main focus is building a dope and loving community on my live stream at Twitch.tv/froegirl. I will be doing more makeup looks in October and gaming in my makeup looks. Let’s think horror! I stream most on Monday and Thursday, mostly evenings (EST). Feel free to stop by and play games with me. I’d really love that! 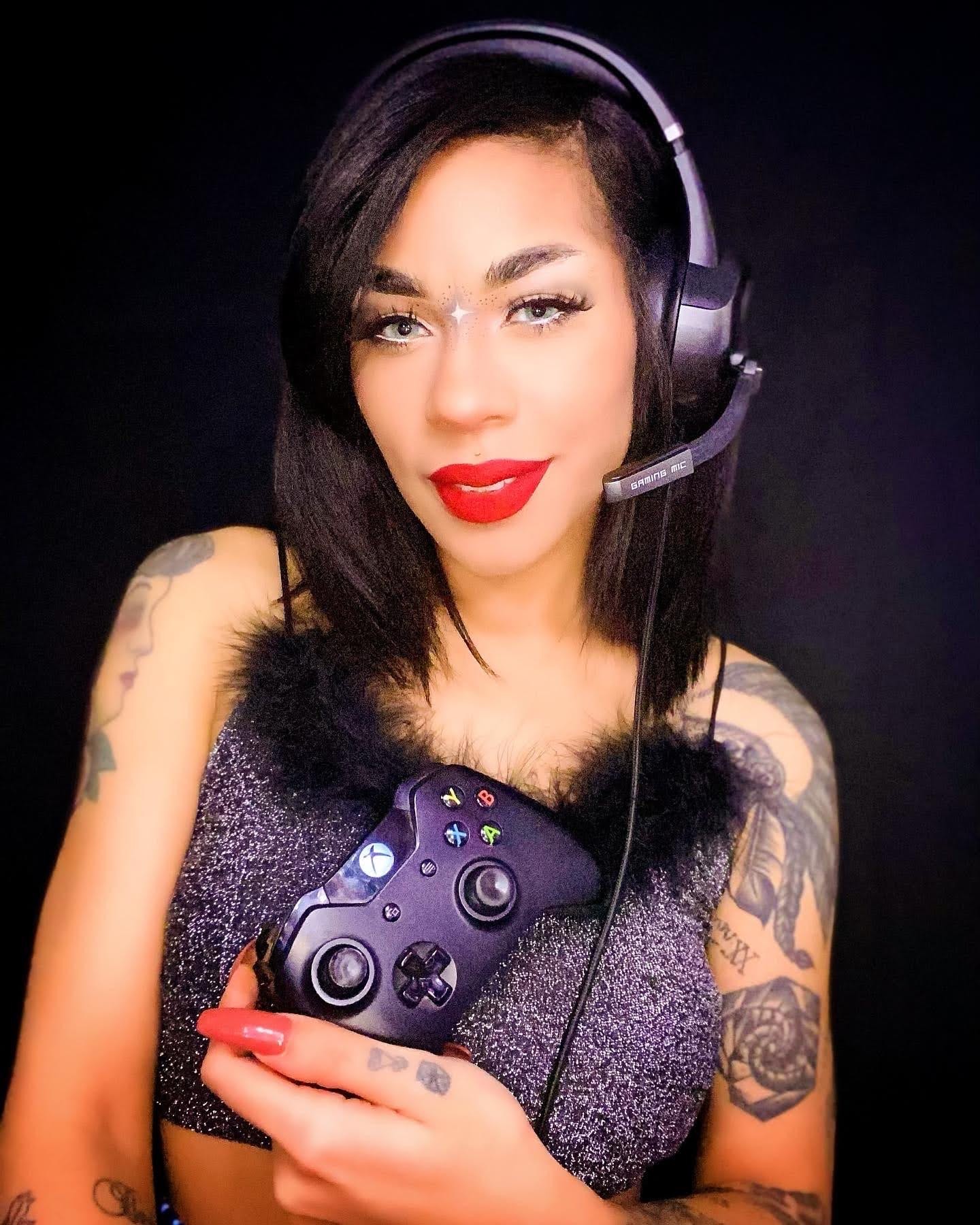 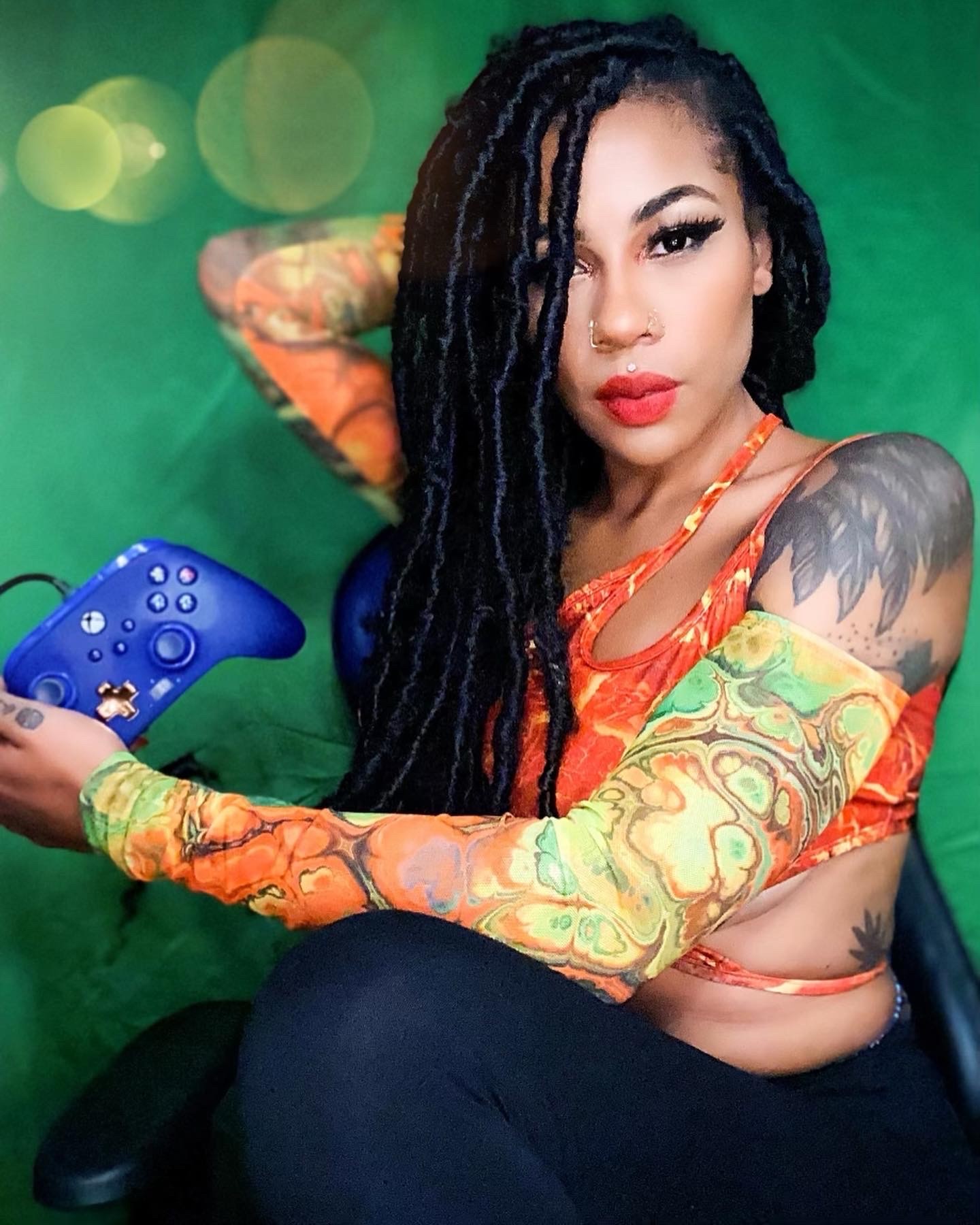 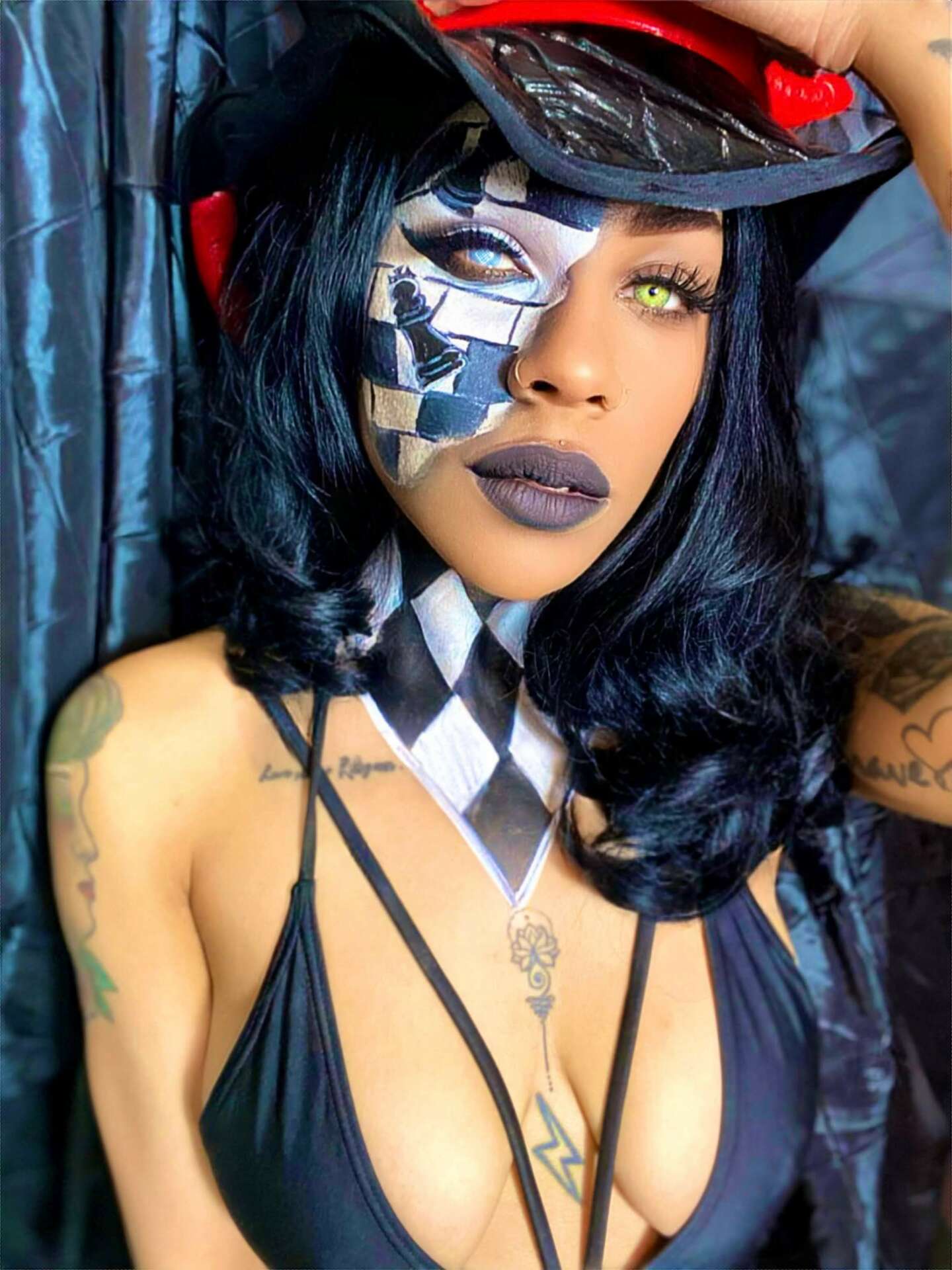 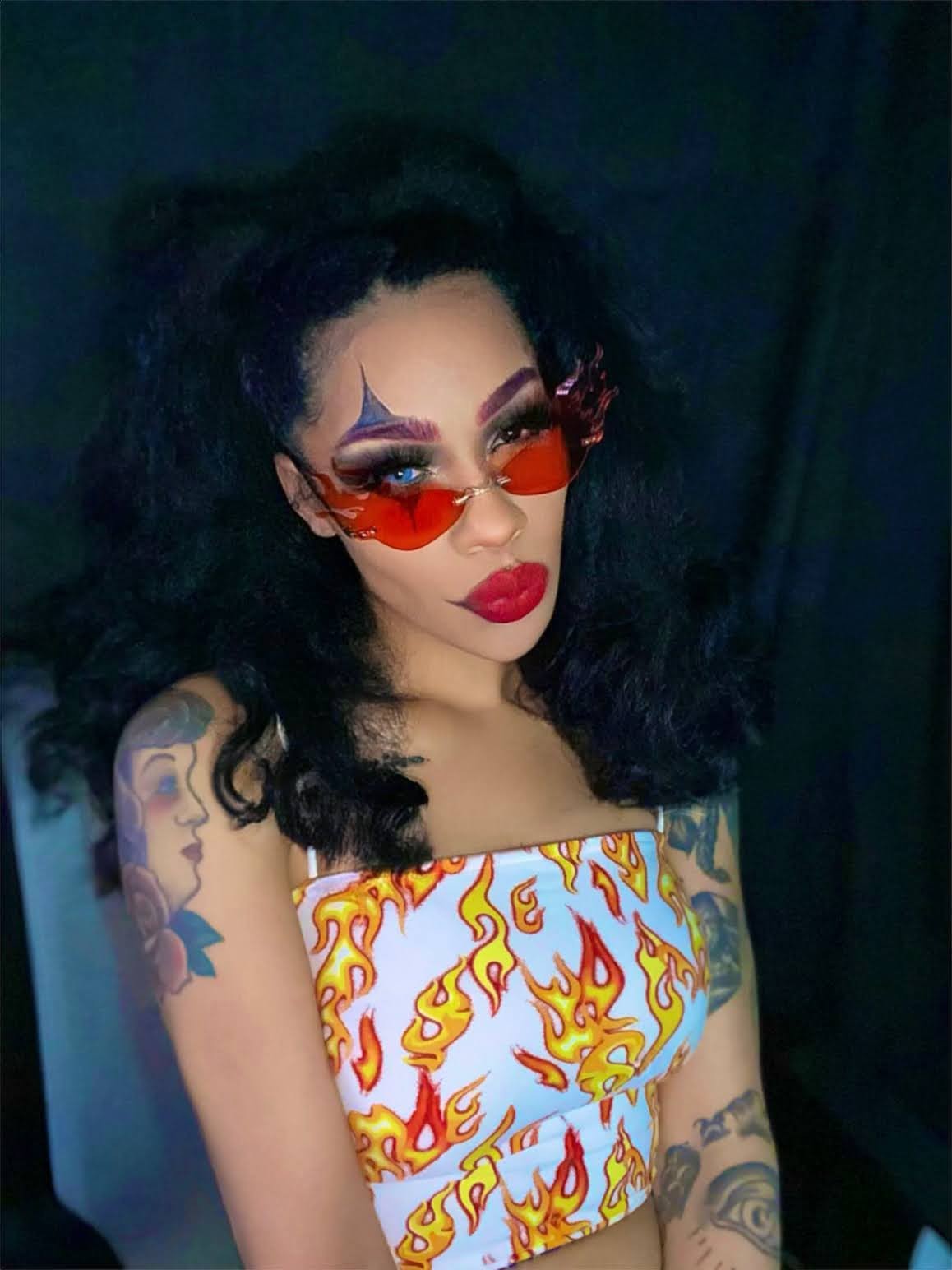 For me, the most rewarding aspect of being creative is the fact that creating is an outlet. We all need one and I am honored to be able to do the things I love and find fun, and it also is an outlet. There have been times in the journey where I have felt discouraged or frustrated, and in those times it did feel less of an outlet, but it was only because I had unrealistic goals. Pacing myself, and paying attention was important. I feel amazing and energetic after playing really great games and/or executing a makeup look. My advice is that if certain things make you feel great, no matter what it is, make more time for them! 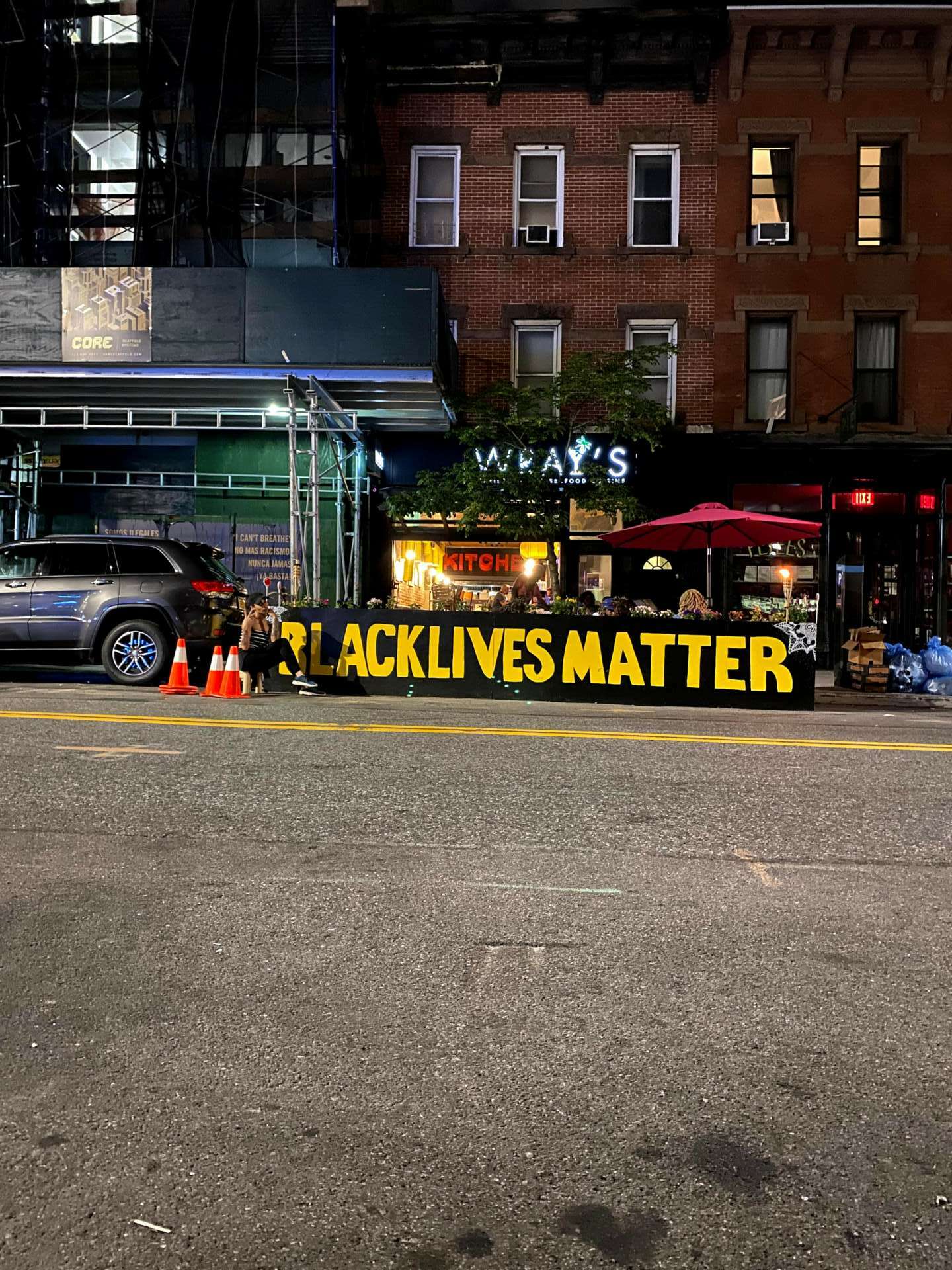 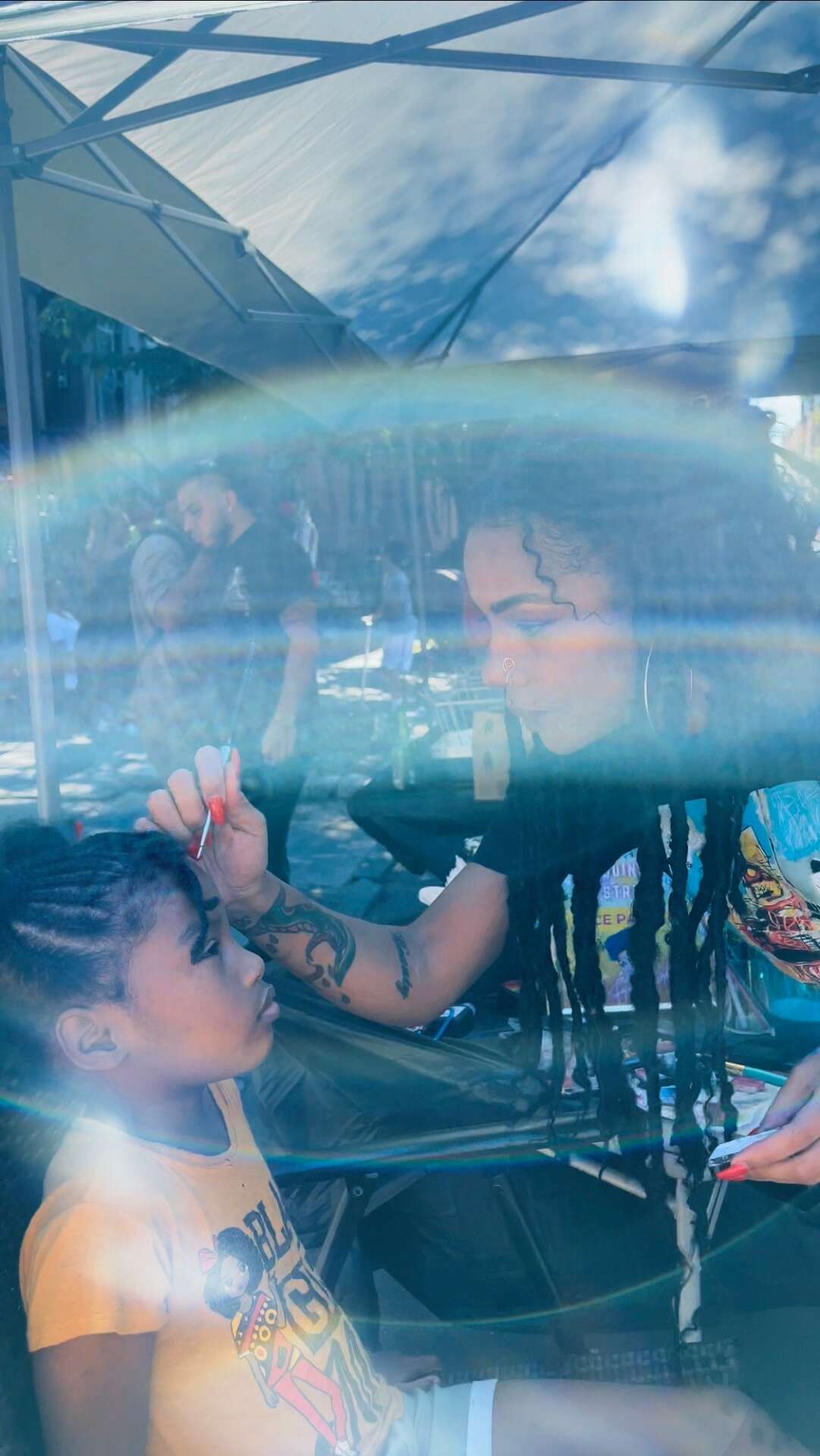 I had to unlearn the thought of motivation being enough. I asked many creators what keeps them motivated, and the one that stood out was from another streamer named Mel. She basically described that, discipline is more important than motivation. So, get disciplined in the things you love. Focus on you and your crafts and thrive!