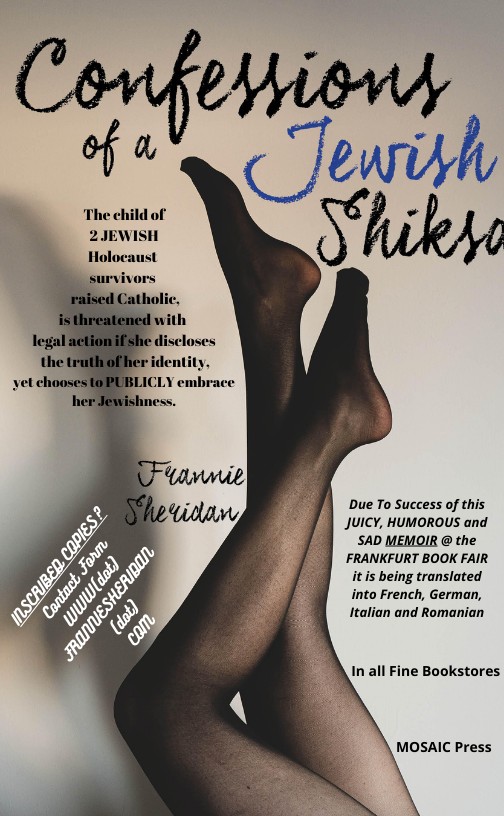 We recently connected with Frannie Sheridan and have shared our conversation below.

Hi Frannie, thanks for joining us today. We’d love to hear your thoughts about making remote work effective.

During LOCKDOWNS as anxiety spread, I asked myself “What of value can I contribute to uplift using what I enjoy doing?” What emerged was a Playful, Music-infused, Dance-focused, Stream-of-consciousness LIVESTREAM which I led on Facebook 3x/week called The “LOVE” stream during which I often celebrated a Guest and promoted their work. My international community of viewers grew to over 60 thousand, It was the most fun I had compared to decades working as an international live solo show performer. Leading my LOVESTREAM was interactive, love-focused and adrenalin-raising. And what touched me the MOST was receiving a continuous flow of messages informing me that my sharing helped viewers climb out of dark feelings, often suicidal and gave them the doorway back into remembering their own powerful inner light. Others shared that my kooky unedited persona gave them permission to celebrate their inner child which had been dormant for ages, resulting in sparking their creativity and heightening their health, anchoring their confidence which sometimes led EVEN to rekindling romances. But mostly I was excited that my sharing inspired people to fall back in love with themselves, to know that “we are the love we’ve been looking for”. And since we are magnetic, that led to endless beautiful experiences in their lives. I also received countless physical gifts mailed from all over the world from my beloved “LOVE FAMILY’. And when my full-length Memoir ‘CONFESSIONS OF A JEWISH SHIKSA’ was traditionally published (MOSAIC Press) my Viewers were the first to purchase a copy and make sure that it was made available in their local bookstore – even in Tasmania, Australia thanks to the effort of my powerful and beautiful viewer Tammy Riley who lives there! My publisher had already made MY BOOK available at AMAZON/BARNES&NOBLE/CHAPTERS etc. Alternatively, viewers who live in Canada/U.S. were able to order signed copies directly from me., which continue to be purchasable. After my book was released, I began giving international Zoom Talks coupled with book sales, to groups who booked me . And just last month (March 2022) I was sponsored by the Palm Beach Authors to give my first in-person Book Talk/Signing @ The Colony Hotel on Palm Beach Island. I continue to speak/do book signings for groups all over the U.S. and Canada and am happy to travel anywhere in-state (I live in Palm Beach, Florida) to do so. I continue to Speak via Zoom in other countries as well.
Additionally, playful affirmation music co created with longtime friend musician Paul Clifford, https://www.thejawshop.com/ as well as a Relationship Course pertaining to romantic AND non-romantic relationships taught together with my beloved Mediterranean husband (we survived an intercultural marriage), as well as 2 Evergreen Courses: One that focuses on the dance between CONFIDENCE and INNER CHILD” co-led with longtime friend Author, Speaker Lila Rose http://www.lilazrose.com/ and the other, a Relationship Course pertaining to romantic AND non-romantic relationships taught together with my beloved Mediterranean husband (we survived an intercultural marriage) will be available soon. 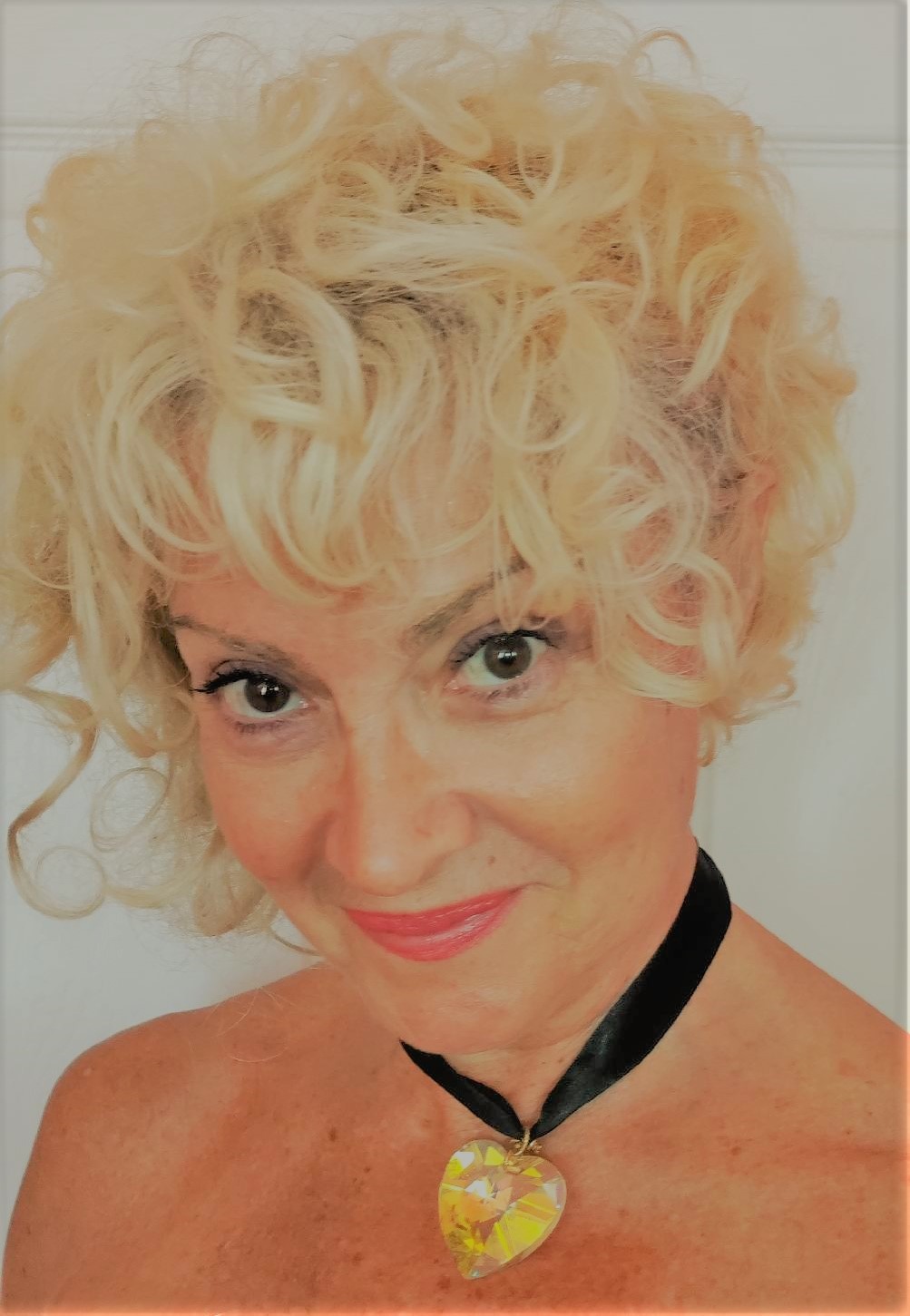 My journey out of emotionally paralyzing inherited PTSD (post-traumatic stress disorder) into what I coined PTJO (post traumatic joy overload) has allowed me to live a richly fulfilling life. Much of my work has to do with revealing uncomfortable truths about my self. I was raised with a secret I was repeatedly warned that if made public, would get me and my family killed. When I first began sharing my story I was threatened with legal action by some family members, but luckily a few ultimately thanked me for giving them permission to celebrate who they authentically are. I have shared what my journey has taught me through solo shows which I performed internationally for decades (‘The Waltonsteins’ cowritten with Lynna Goldhar Smith published by International Readers Theater ’97) and captured in the NPR/CBC Radio documentary by the same name which was awarded the Gabriel. My work attracted legendary Hollywood film director Arthur Hiller (LOVE STORY), who attached himself to direct a multicast feature film script which I co-wrote. We worked together for many years until he developed macular degeneration. I then write a 2nd solo show which I also performed internationally called ‘Confessions Of A Jewish Shiksa’ which was awarded mayoral proclamations from West Palm Beach and Miami Beach. For the past three years since the beginning of Lockdowns, I’ve led Playful Music and Dance-infused/Humor-laced/Spiritually-focused Livestreams called LOVESTREAMS, on Facebook to a viewership of over 60G. My traditionally published full-length memoir (MOSAIC Press) was released in October. It is called CONFESSIONS OF A JEWISH SHIKSA. A Shiksa is a non-Jewish woman, which is how I was raised by 2 Jewish parents. My book is a melange of sad, humorous, irreverent and juicy sharings. My publisher informed me that it was so successfully received at The Frankfurt Book Fair that it is now being translated into French, German, Romanian and Italian. Signed copies of my book are available to the U.S. /Canada directly from me. I can be contacted through the CONTACT FORM on my website www.franniesheridan.com UN-signed copies of my memoir are available through Barnes&Noble/Amazon/Chapters. I am available for in-person Book Signings/Talks anywhere in Florida, and of course remotely internationally.

My mission and my joy is to allow my Viewers/Readers to remember how POWERFUL, WORTHY and LOVED they truly are.

Having been repeatedly indoctrinated to believe that the truth of my identity could get me killed convinced me that something was deeply wrong with me. Why else would people want to destroy me? Unlearning this lie which I was programmed with in the name of protection, through various forms of public performance and writing has been therapy-on-wheels.