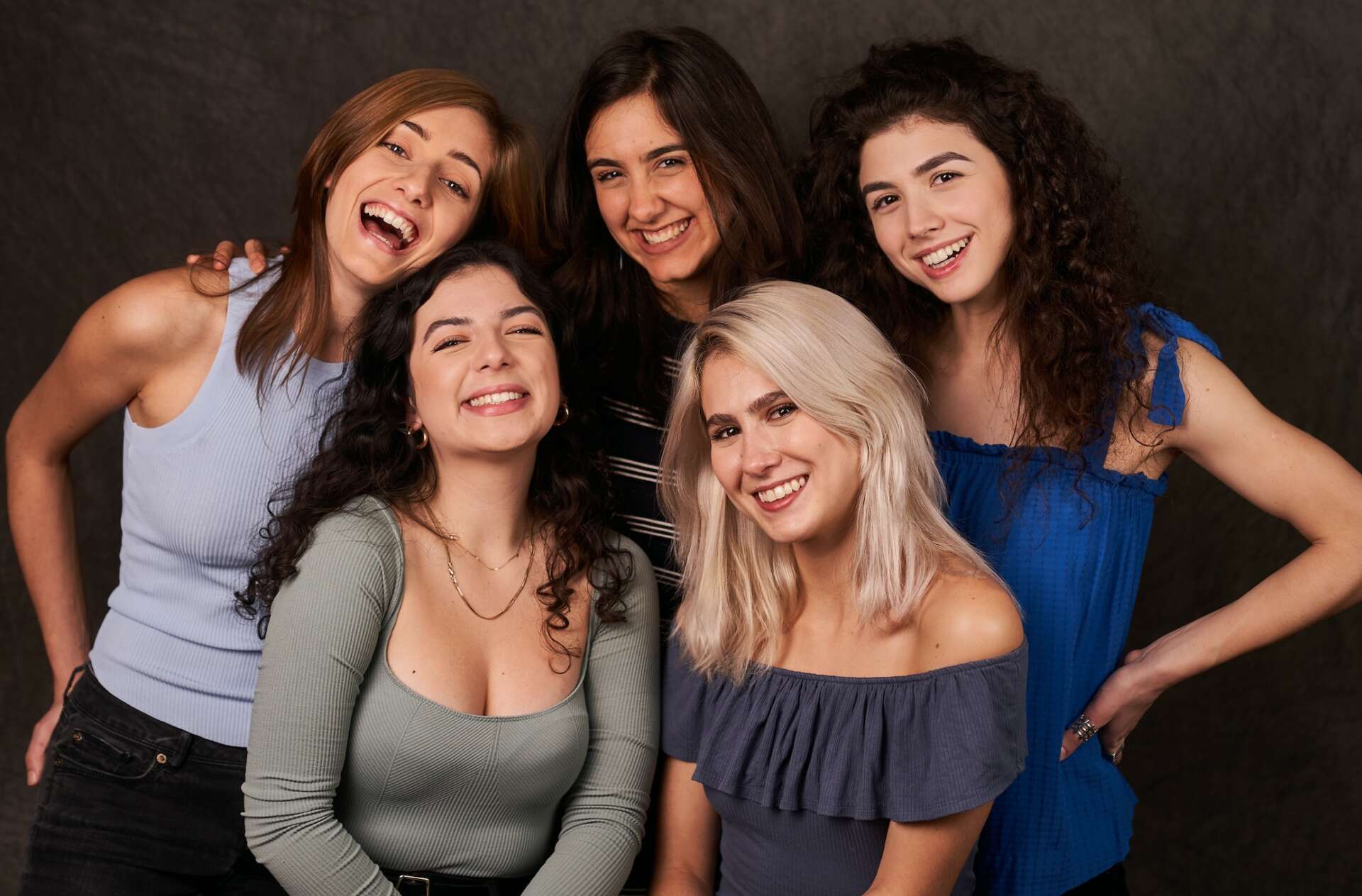 We’re excited to introduce you to the always interesting and insightful Et Alia Theater. We hope you’ll enjoy our conversation with Et Alia Theater below.

Alright, Et Alia Theater thanks for taking the time to share your stories and insights with us today. Can you talk to us about a project that’s meant a lot to you?

This is Me Eating___ is probably the most meaningful project we’ve worked on as a company so far. It started as an online project series sprung from an idea by Giorgia Valenti (one of our Co-Artistic Directors) and was developed by the entire company. Giorgia had a lot to say about the struggles with her Eating Disorder, and she felt safe and inspired when talking to her colleagues. The goal of the online project was to invite and make space for anyone to express their relationship to eating and to their body.

The creatives who submitted their own piece had to fill in the blank of the title with what they wished to explore and create their own version of the project, which could have been done in any shape or form, any style and any medium (film, dance, documentary, monologue, poetry etc.)

We were excited to see our international community come together to share their mutual experience with this global theme. Submissions came from artists and non-artists from Brazil, USA, Italy and Austria. That inspiration and safety that Giorgia felt was affecting women around the world, and this was probably the biggest achievement of our company.

Because the company felt like This is Me Eating___ should not have ended and it kept getting interest from press and other collaborators, we decided to make a documentary about the process of the online project, in collaboration with Pranav Kothary. This allowed us to speak further about where the idea came from and spread the important message. The documentary did really well and entered three theater/film festivals, thus expanding our audience and pool of collaborators.

After the documentary, Et Alia turned This is Me Eating___ into an immersive theater exhibition. Picture a space with human, flawed bodies expressing what they are
“eating” (both metaphorically and literally) through the use of their movements and voices. Each of the company members turned their video piece into a shorter movement and vocal performance, while our incredible guest director Debora Balardini worked on putting all the episodes together and added bits of group choreography and chorus to create an immersive theater gallery showcasing raw bodies “eating”.
We explored the dialogue between projection, sound and the physical body, aiming to transport the audience into a stimulative and meditative space. 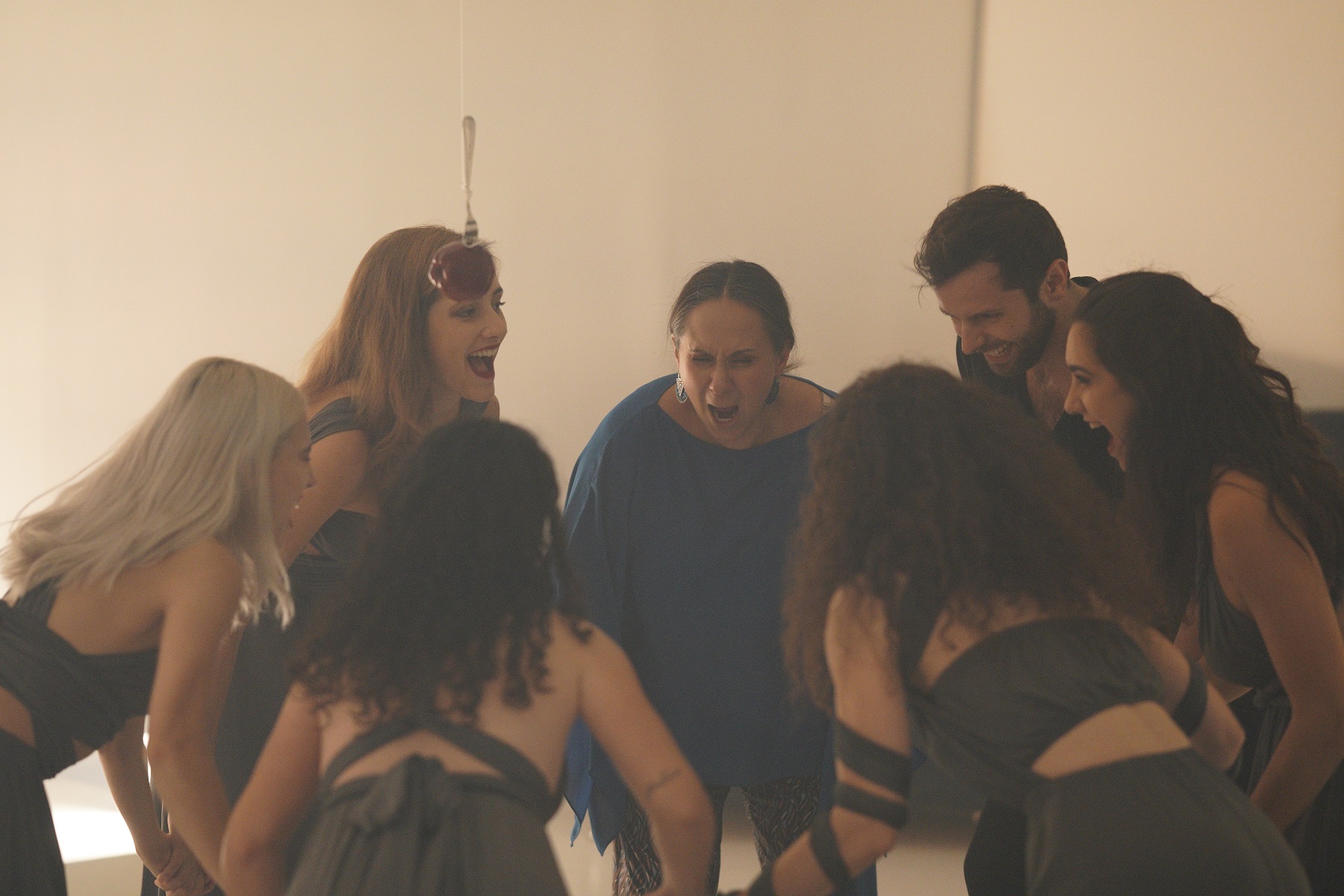 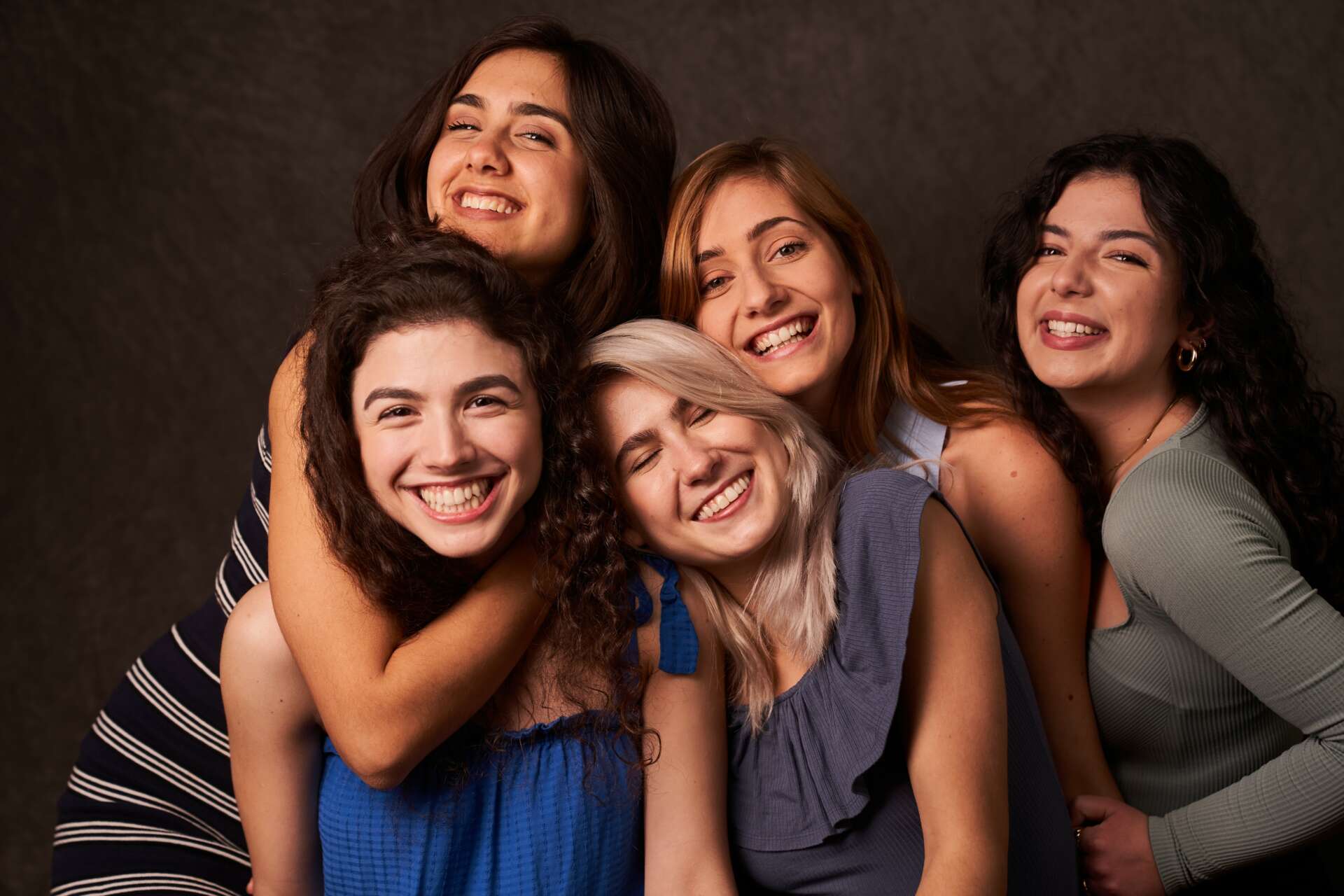 Et Alia Theater is a NYC based theater company founded and led by international women. We bring together an unfamiliar combination of foreign and immigrant voices and offer them a space to explore and interchange their multicultural perspectives. We use our art to expose the obstacles experienced by immigrant women and empower our community. As a company who is committed to blurring borders, Et Alia is not limited to a single form of work and is open to creating conversations through different styles of theater. We strive to make the out of place a place. Et Alia is Latin for ‘And Other’: we create art for the other, by the other, and about the other.

Most of our members met during acting training in NYC. Struggling with similar problems, we came together in order to find space for ourselves and our fellow immigrant women in theater. We quickly found out how powerful it is to gather voices with international and multicultural backgrounds and create art that speaks to those who feel left out from the norms and are open to crossing cultural bridges.

Our shows vary from straight plays to movement based theater and immersive/interactive experiences, gathering writers, directors, performers and teams from all over the globe. We’ve put up in-person shows like White Rabbit Red Rabbit, by Nassim Soleimanpour and This is Me Eating___, directed by Debora Balardini, as well as online projects such as the experimental short film made for Rattlestick Playwrights’ Global Forms Festival: None of the Above.

Come check out our next show Stella, Come Home! It’s a movement driven piece based on Tennessee William’s A Streetcar Named Desire. We feel urged to explore what it means to perform this pinnacle of white US theater as women immigrants in New York City, one of the most heterogeneous cities in the world. Just as a reality-stricken Blanche longs for a return to her imagined Belle Reve, we are outsiders going through the painful struggle of letting go of our past, while the promised land of NYC forces us to face our truth: culturally diverse women still have to fight to be heard.
The dates are July 22nd and 23rd at Vino Theater (Brooklyn) and August 6th and 7th at HERE Arts Center (Manhattan).

What’s often the most difficult about maintaining a theater company is being able to keep your faith in projects even when funding doesn’t come or falls through, even when collaborators have to leave the country due to unforeseen circumstances (and since we are a company led by international women, these issues arise more often than we’d like to admit), even when their development is delayed. Our newest show, Stella, Come Home is definitely a story of resilience. We came up with the concept right at the beginning of quarantine, around that moment when everyone thought theaters were only going to be closed for a few weeks. We found a few opportunities and applied for them when the concept wasn’t so clear yet. We got a lot of rejections (either because those particular theaters shut down or because we weren’t right for those programs) and it also started being clear that we weren’t going to be back to in person shows for a while. We started to wonder if this project was ever going to happen and if it was, where we were going to find funding for it. We were a new company right before the pandemic started and we didn’t have a lot of credits to our name, so we weren’t able to get a lot of opportunities. However, we took this time to develop the project and really understand what we wanted to do with it and what form we wanted it to take. We started exploring by ourselves, without the guidance of a director/choreographer and posted a video series on Instagram. When things started going back to in person, we applied for the Brooklyn Arts Council (by which we had been rejected the year before) and we got it! Because a blessing never comes by itself, we also got two more grants from A.R.T./New York and an opportunity to perform at the HERE Arts Center as part of their Co-op series. Two years after coming up with the concept, this show is finally happening! It is like a dream come true for all of us and we cannot wait to share it with our audience. 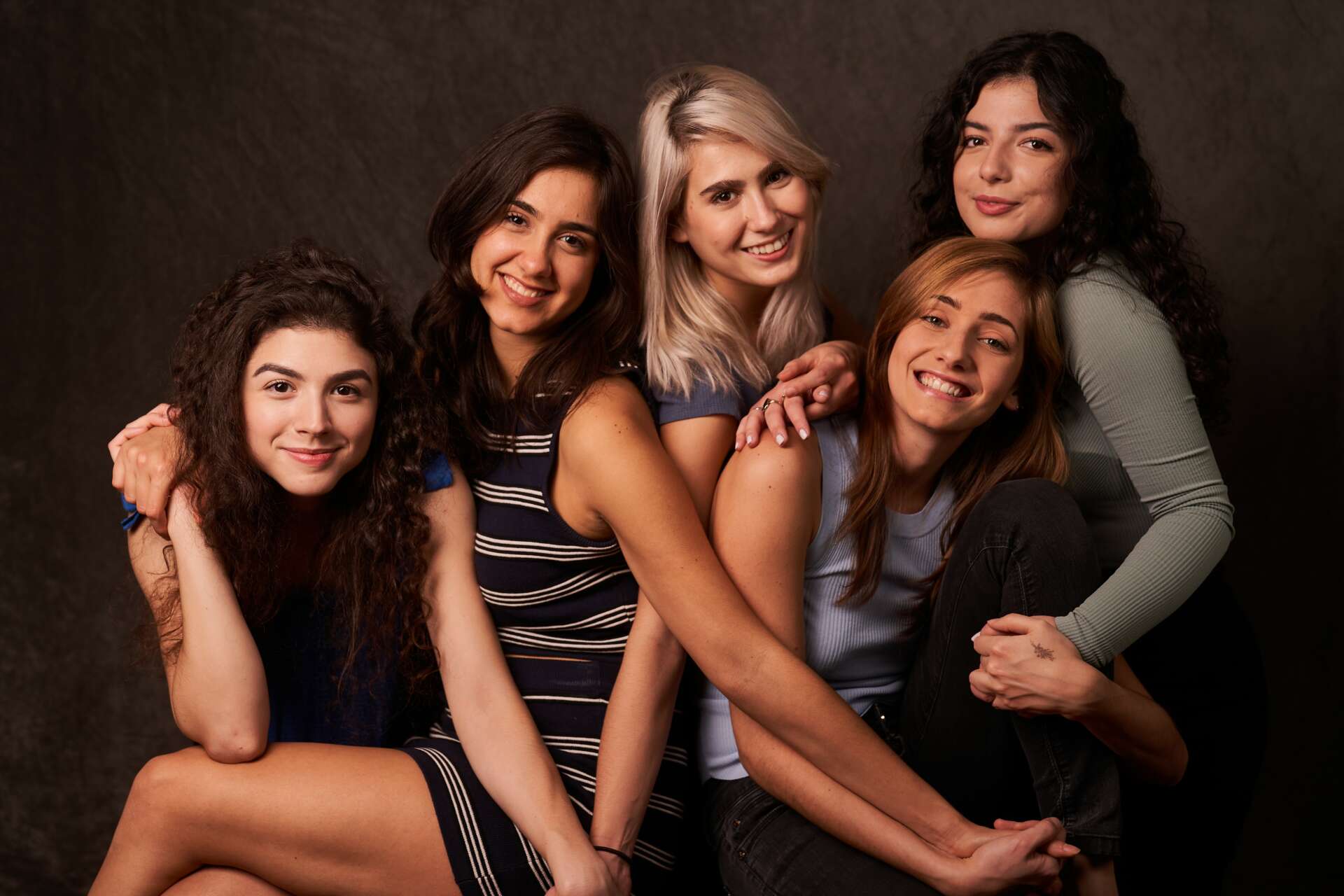 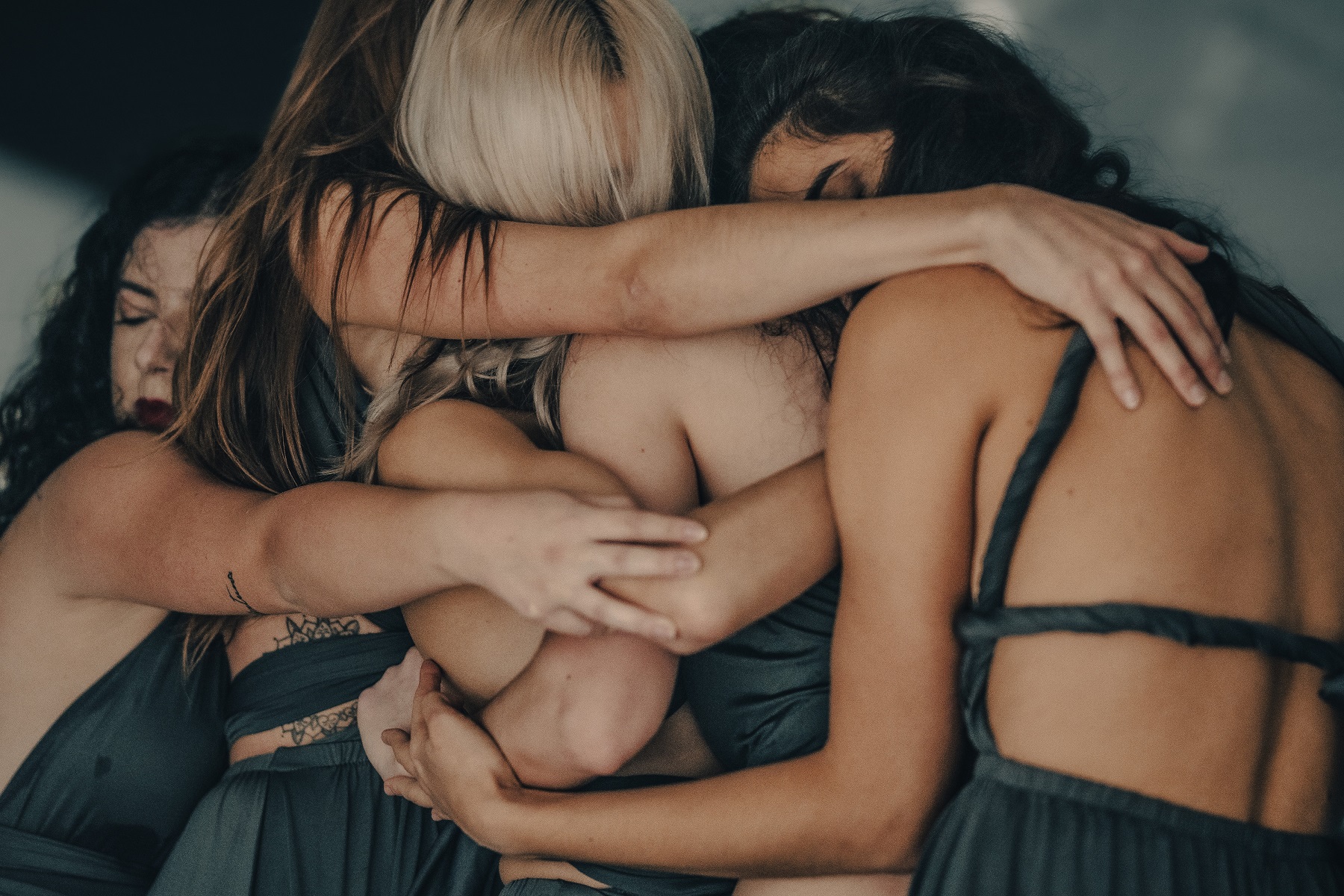 A big struggle for us as creatives is balancing the business side and the creative side of the process. People tend to forget that being an artist is our job! Just like a lawyer, a banker, or a teacher we hope to make our living through our profession. Every artist’s end goal is to reach the level of success where they don’t have to make sacrifices between their art and their day job.