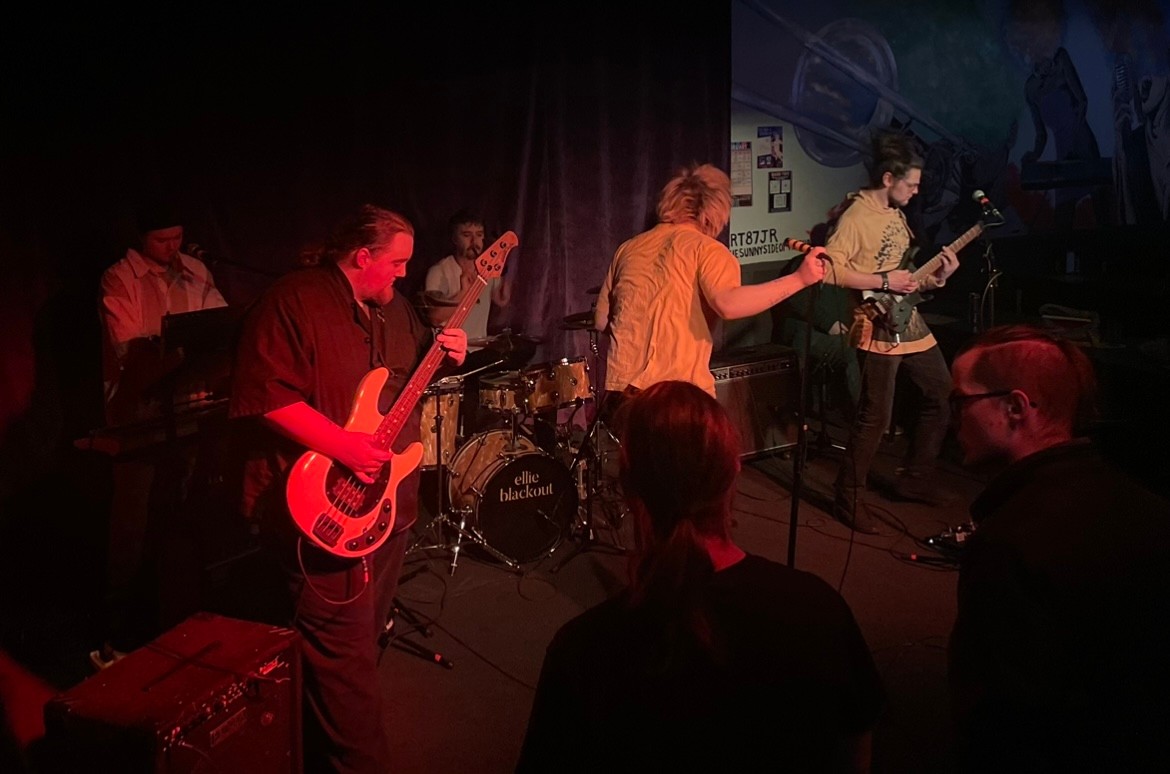 We recently connected with Ellie Blackout and have shared our conversation below.

Ellie, thanks for joining us, excited to have you contributing your stories and insights. We’d love to hear about a project that you’ve worked on that’s meant a lot to you.

The most meaningful project we’ve done so far is easily our most recent album, “Shoplifter Americana”. It’s more or less about coming of age at the end of the world as we know it, and the trials and tribulations of that.

We’ve been trying to make an album for years, as musicians do, and it never materialized for one reason or another. Making an album like this is sort of like a timestamp within your life. You can listen to it years later and remember exactly what you were thinking and feeling at the time. We believe the reason nothing ever came of these past efforts is because we hadn’t yet become something worth time-stamping, until now. We truly feel like we have finally found our way into a sound and energy worth capturing.

On top of that, we believe this album to be a very important one in the modern musical landscape. Shoplifter Americana, musically, is the death of genre as we know it. It very much tests the boundaries of what can be considered “pop music”, without leaning into specific gimmicks you may have already heard from other genre bending artists. It’s something we feel is very uniquely its’ own, and we are honored to be part of the growing shift in the musical kaleidoscope of the modern world.\ 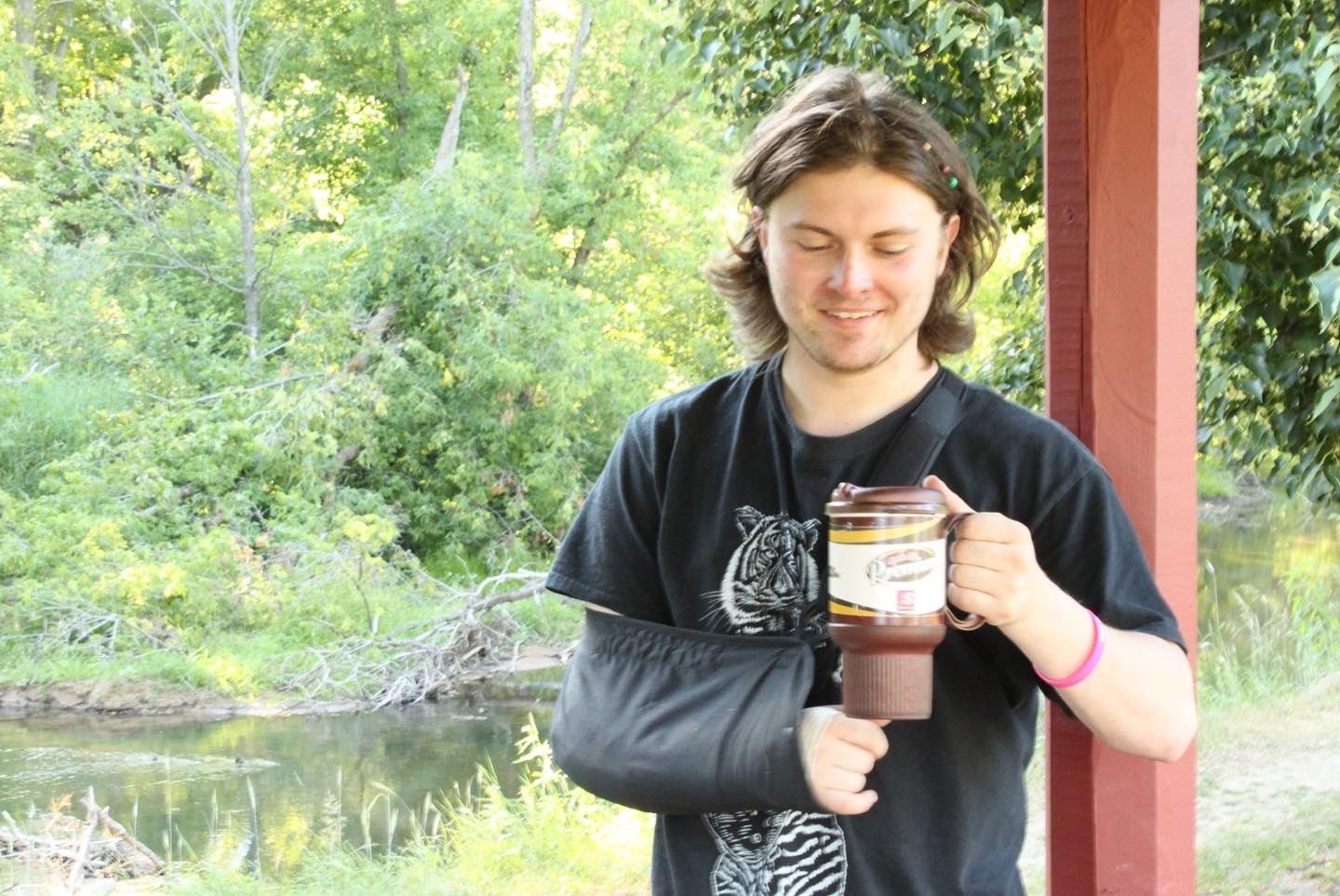 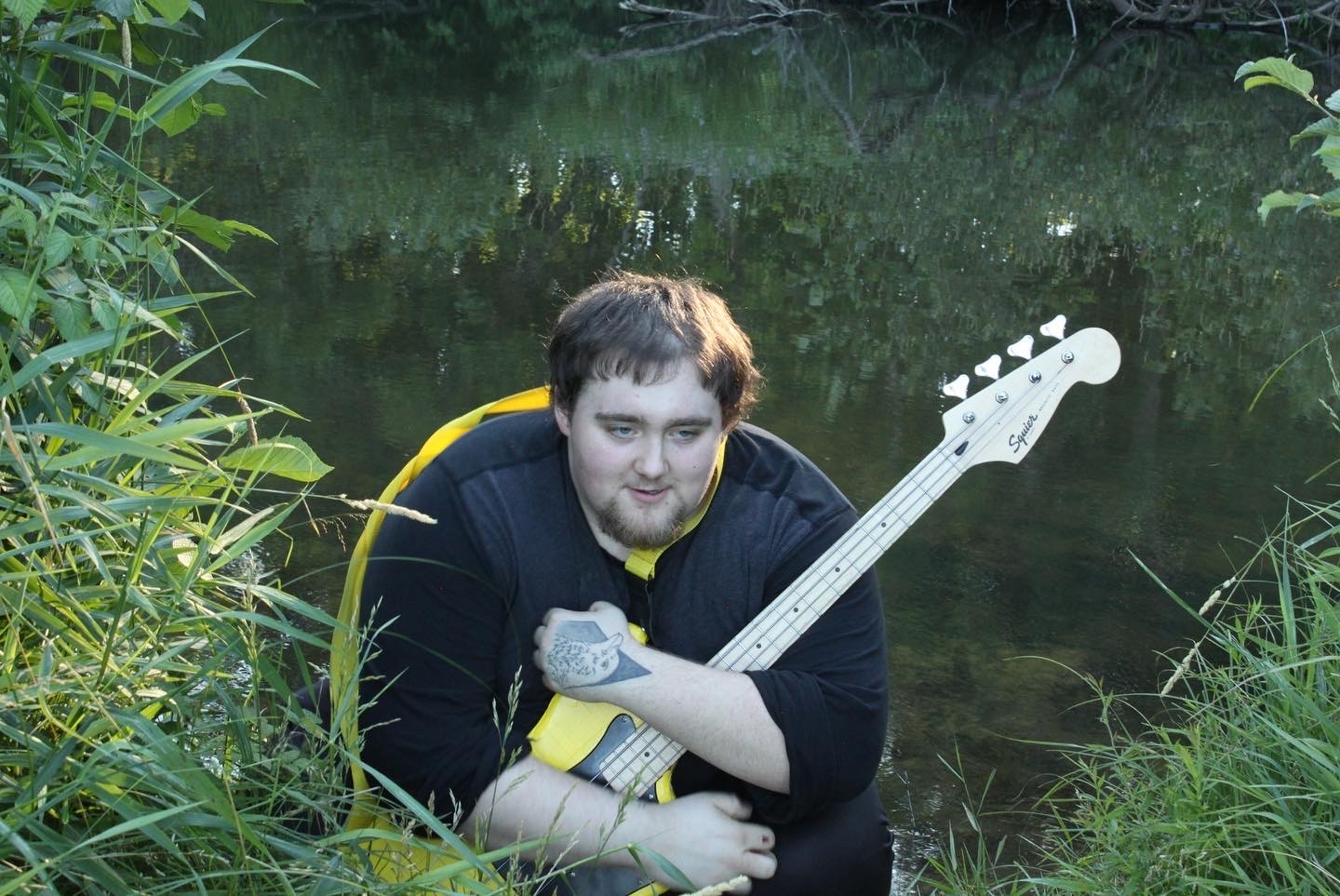 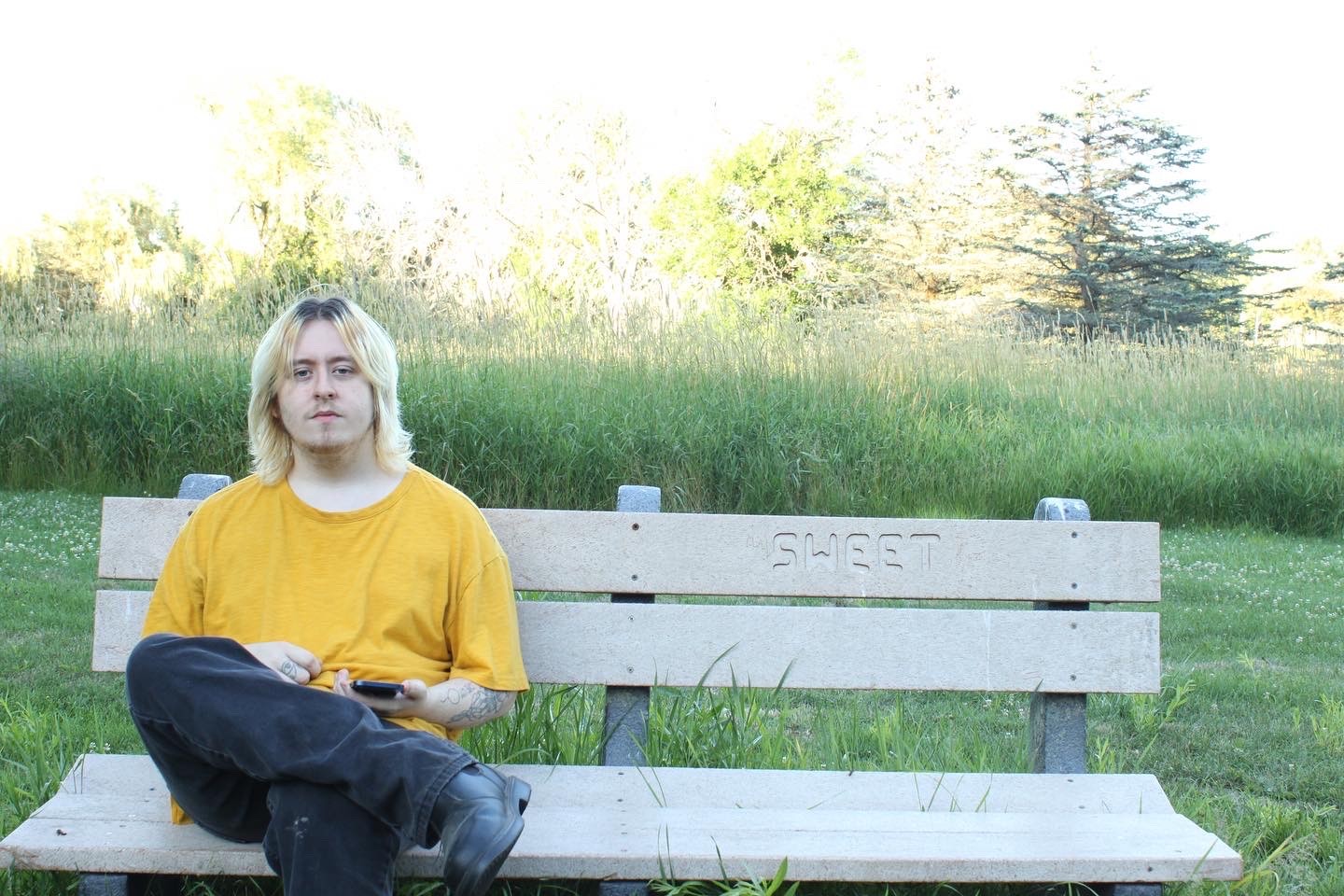 ellie blackout is the only death pop band you have ever heard of, in fact, I dare you to name another. We’re all from neighboring Michigan cities, and came together in the grungy underground scene of Grand Rapids, Michigan.

Everything we’ve done thus far was brought on by a series of fortunate mistakes; trial, and error. We simply exist, and music comes with it. Nothing we do is preplanned, but it works for us. Through this lovely process, death pop was born. We make pop music that metalheads enjoy, and metal that edm enjoyers tolerate. It’s not exactly a sound we can describe in detail, but when you hear it, you know it. We’re the only band dressed in yellow in a room full of black band tees.

We don’t set out to be genre defying by any means. We simply don’t care about genre the way other people do. We’ve seen other people try way too hard to do a thing and stick to it. Many either try to be very pseudo-deep, and it sounds mortifyingly corny; or you get people who are like “yeah, I’m gonna make pop punk, and put some trap hi-hats in it to make it also hip hop because that’s how you escape the boundaries of genre. I’m so innovative”. Which comes off equally corny.

We listen to music in a very unique way, to where we can enjoy a Lady Gaga song in the same exact way as we enjoy a Slipknot tune. All music tends to utilize, more or less, the same elements; guitars, drums, vocals, synthesizers, etc. This doesn’t mean The Rolling Stones sound like Nickelback or Doja Cat. We have elements of a lot of the music we listen to, but that doesn’t mean we’re attempting to do a specific thing or be wickedly innovative.

When we write songs, we hear it however it is, and run with it. This has led to some out of pocket decisions on multiple occasions, like ending a song with, essentially, “Stairway To Heaven” by Led Zeppelin; or sampling Onision screaming in a song; among others. It’s more about the overall picture of the song rather than its’ parts. Recording is an art form no different than painting. You can take things that shouldn’t work together, and with the right artist, it can be a painting no one’s ever seen before without any recognizable elements from Van Gogh or Banksy. We could easily record normal rock music with normal rock guitars and normal rock drums and make everything sound as regular and up to the industry standard as possible; but we aren’t interested. It’s not that we set out to be unique, we just wind up there. 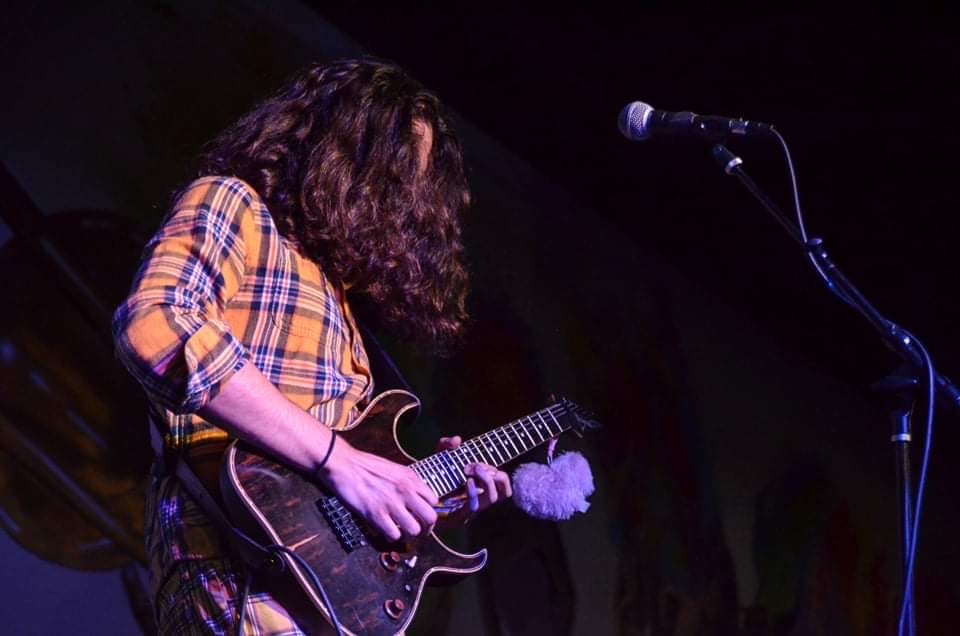 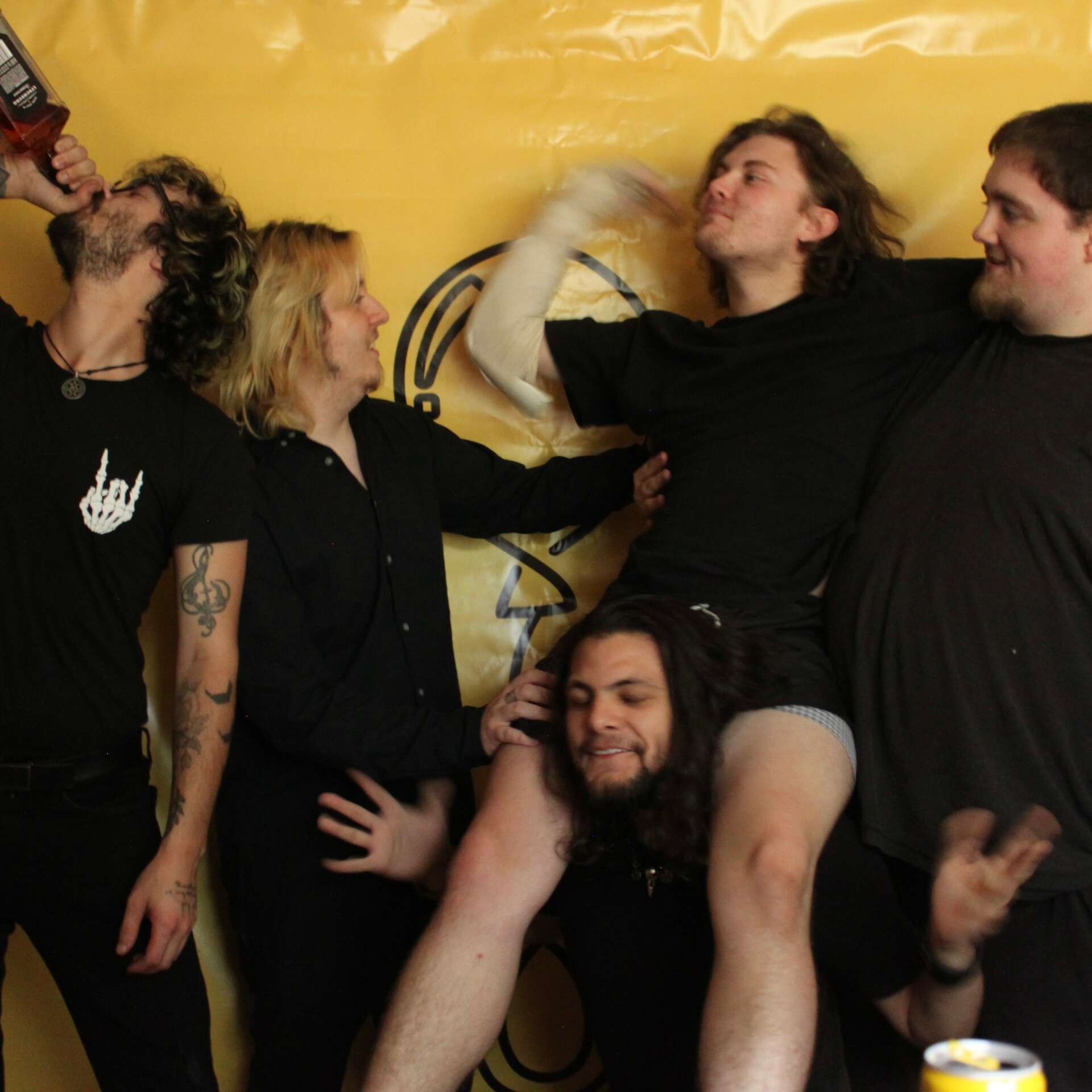 The biggest thing we had to realize is not take yourself too seriously, just have fun and enjoy the process.

Just make stuff that you like. Make your friends laugh. 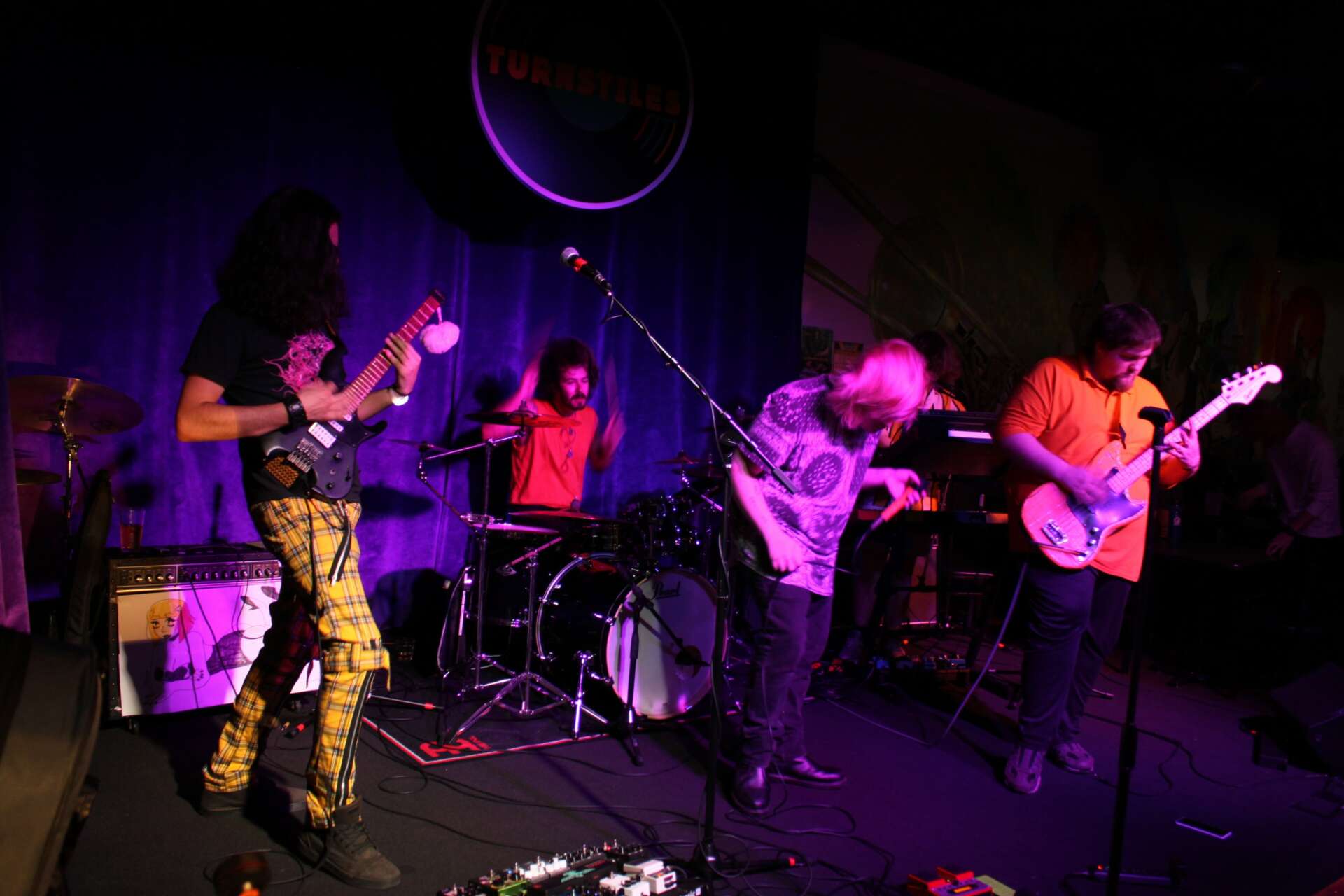 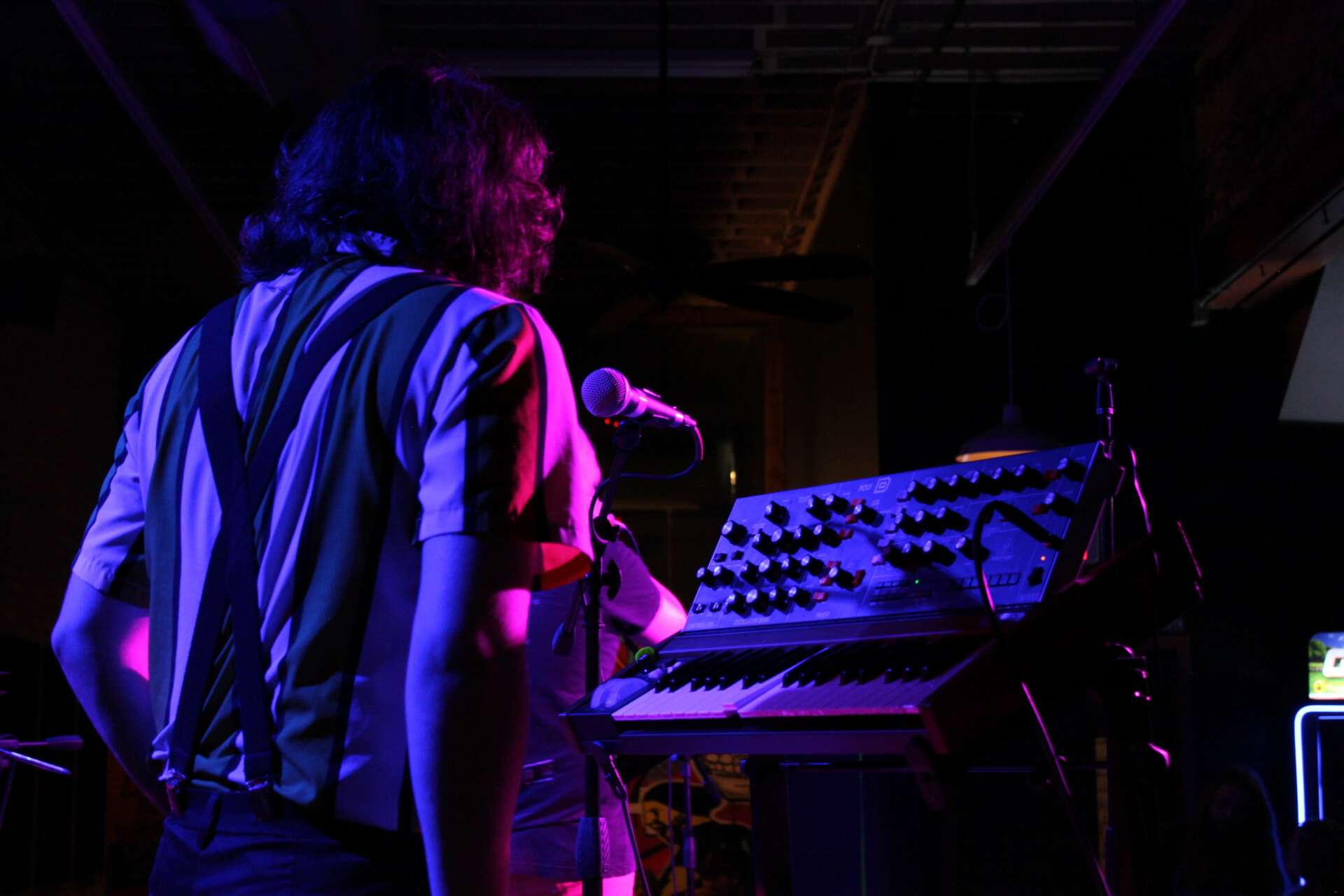 If I (Robby, lead vocals) ever make enough money to break into that world, I plan to start buying intensely valuable NFTs and then livestream myself deleting them. In these streams, I will also be emptying my recycle bin. Death to the Metaverse.

The rest of the band is unavailable for comment at this time, but I (Robby, lead NFT hater) know Kayne (bassist) is on my side, and if I had to guess, I feel like Shane (drummer) don’t like em either. Mac (keyboardist) is a pure enigma whose motives are beyond our comprehension.