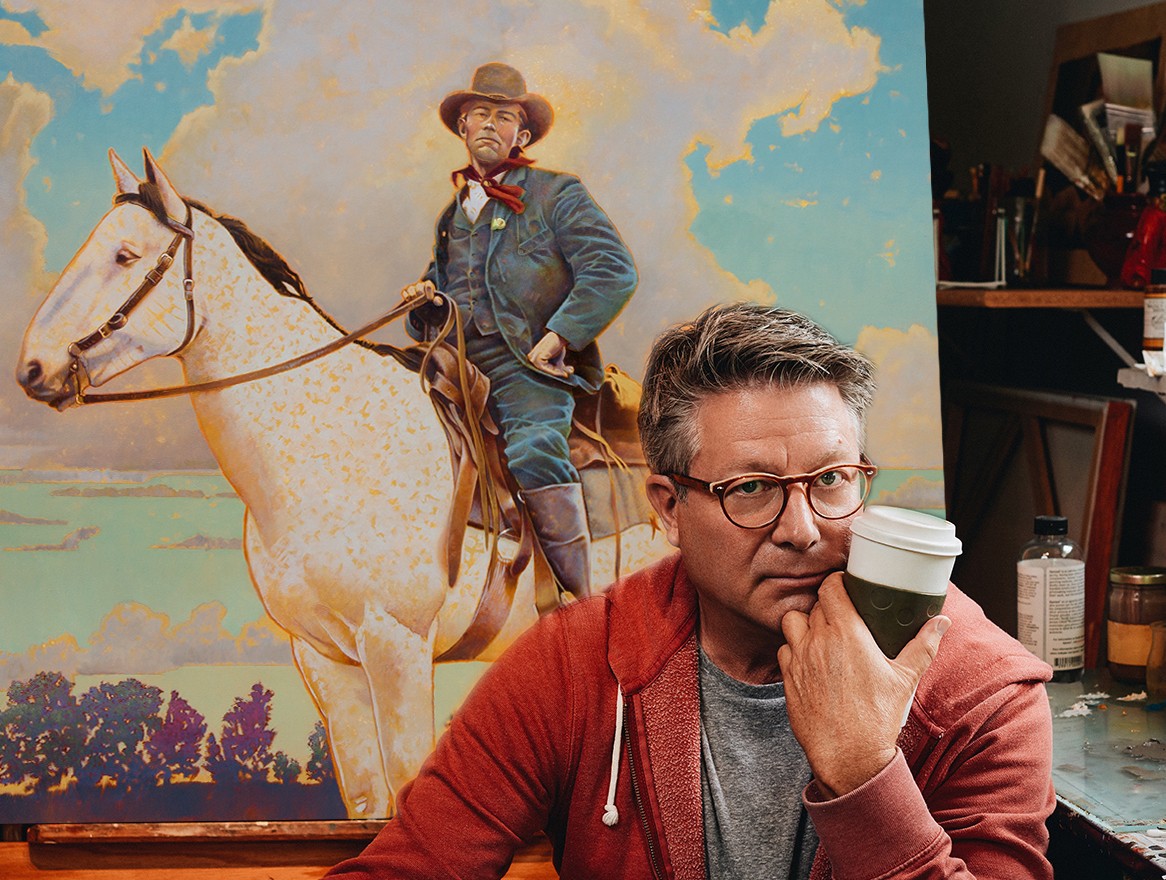 We were lucky to catch up with David Kammerzell recently and have shared our conversation below.

David , appreciate you joining us today. Can you take us back in time to the first dollar you earned as a creative – how did it happen? What’s the story?

I was 18 years old and looking forward to going to art school. How I was going to make a living as an artist wasn’t something that I had really thought through. All of those starving artists stories definitely made a scary impact on me. But making a living doing art was a years-down-the-road-kind=of problem. And I really didn’t have any other vocational interests. So art school here I come.

In the summer between high school and college I had a part time job working in a pool hall. I was playing a lot of pool in those days and I loved being there. The owner of the pool hall was this very stylish dude who would sometimes wear these really cool clogs. When I asked him where he bought them he would always dodge the question and never tell me.

He knew that I was going off to college in a few months and knew that I was interested in art. So he asked me if I would make him a new sign for his pool hall. He just wanted something that displayed the hourly rates to play pool. When I asked him how much he was willing to pay me he offered me some free playing time in the pool hall. What?! No no no. I wasn’t having any of that. So I said I’ll do it for the clogs. He said ok! My first professional art job was creating a sign for a pool hall and I was paid a pair of used shoes! I remember that sign vividly too -it was inspired by the art deco font that was used in the A Clockwork Orange movie poster.

Since then I’ve worked at a variety of design and illustration jobs- t-shirt designer, menu designer, logo designer, illustrator, tv graphics designer, story board artist, art director on shoots, and even set designer to name some of those jobs. But I never really starved and truthfully there’s a lot of work out there for artists and creatives. It doesn’t always look like making paintings and selling them in galleries though. But that’s what I do now. 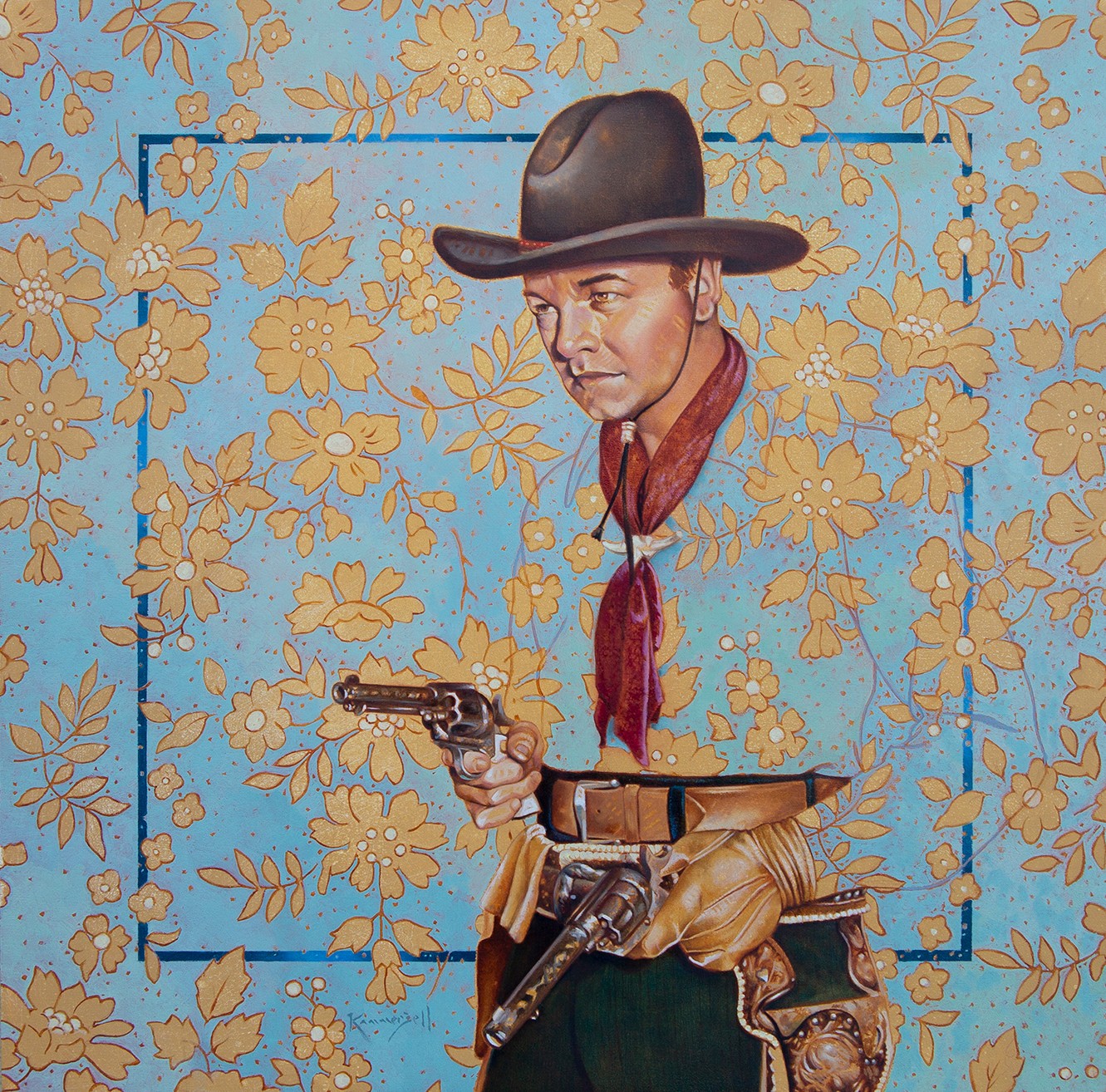 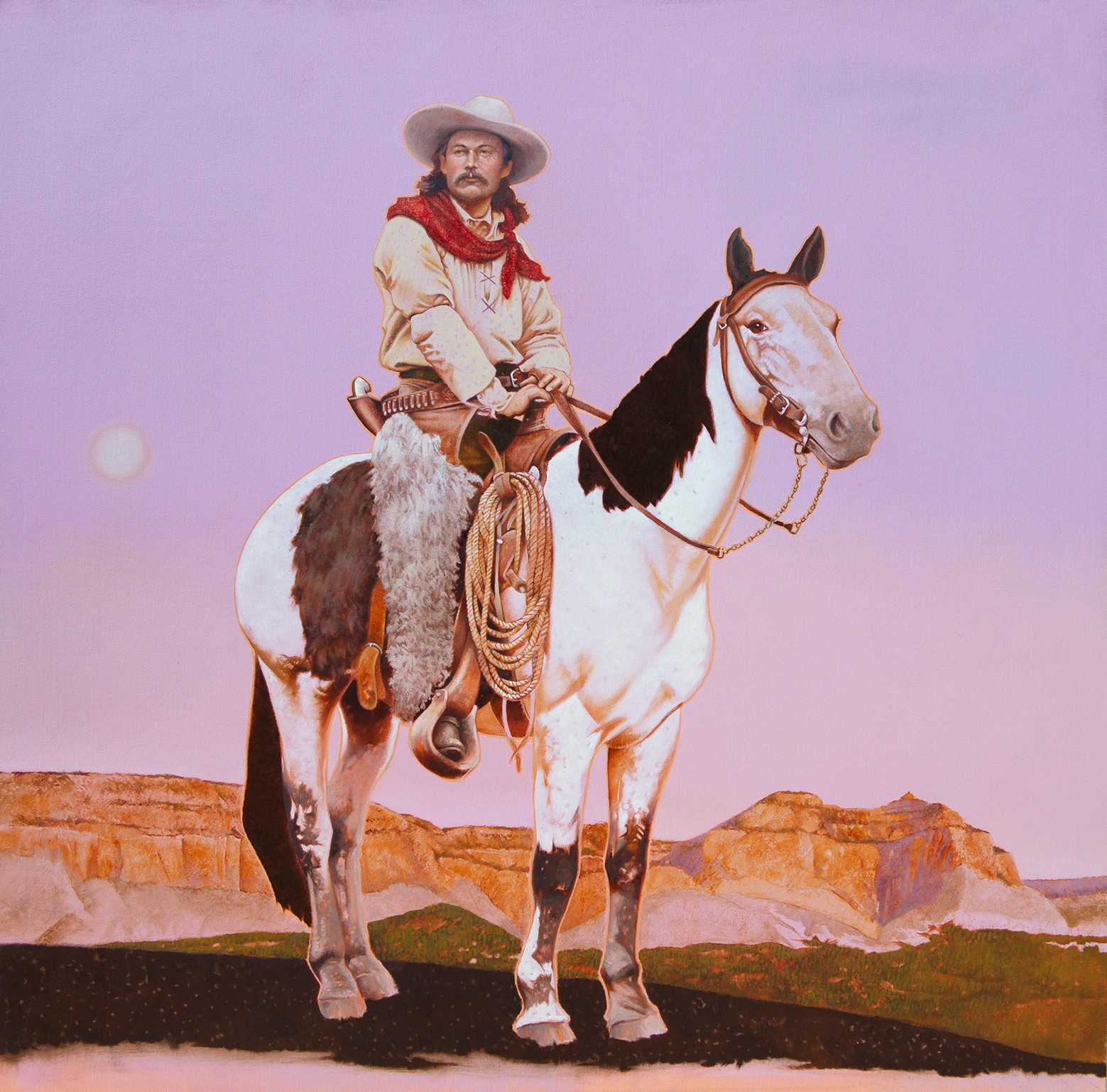 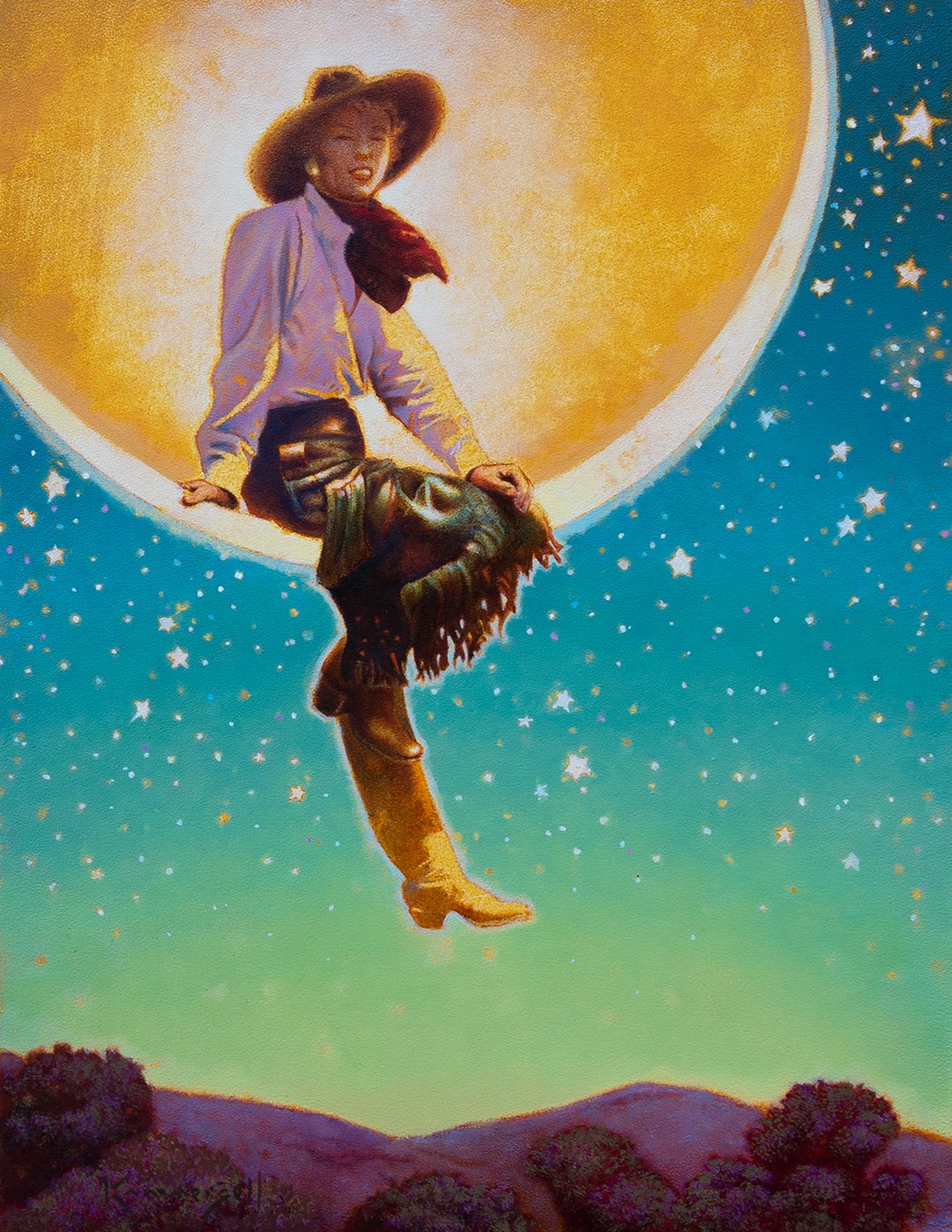 After working in television for over 20 years creating motion graphics, I began a second career as a fine art painter. I now create idealized visions of the west, mostly of cowboys and cowgirls that are a combination of both vintage and contemporary sentiments. These pieces are painted in oil paints on either canvas or wood panels. My work has been shown nationally, in both one man and group shows, and graced the cover of Southwest Art magazine in August of 2020.

Making the leap from full time employment with a large company to being self employed can be scary and daunting. The first few years were especially difficult as I blindly navigated my way through uncharted markets and processes. I was trying to get my work into galleries and also the fair market. The galleries were non-committal, usually not even responding to my emails and letters with my attached .samples. One gallery owner told me to stick to painting objects and forget about doing figures. Ugh! The fairs were easier to get into, usually some samples and a hefty check for the booth space did the trick. But doing fairs also required investing into a lot of expensive setup costs- tents, lighting, display panels and so on. I decided to try a couple of fairs just to see how it goes. So I bought all of the stuff to display my work, (at a cost of around $15k!) rented a U-haul and packed up everything, rented a hotel for a weekend and headed to the Aspen art fair. It was a very long weekend of setting up, manning, and then tearing down my booth, then packing up everything again to drive back home. AND…I sold nothing! Two weeks later I tried another fair. That time I sold one piece! I was so depressed and deflated. What was I doing? Where was I going? The next few weeks I took stock in my work and decided to narrow the scope of the kinds of pieces I was making. I was doing still lifes, landscapes, city-scenes, and these retro cowboy pieces. My work subject-wise was all over the place. I decided then to concentrate on just cowboys. After all they were fun to work on, and from a marketing point of view, it was easier for people to get the overall sense of direction in my work. After sending out samples of only cowboys, I started getting positive responses from galleries and shows that I was not getting before. I had found a niche and people were responding to it. Now all of my pieces are of figures, my shows sell out, and galleries approach me now. 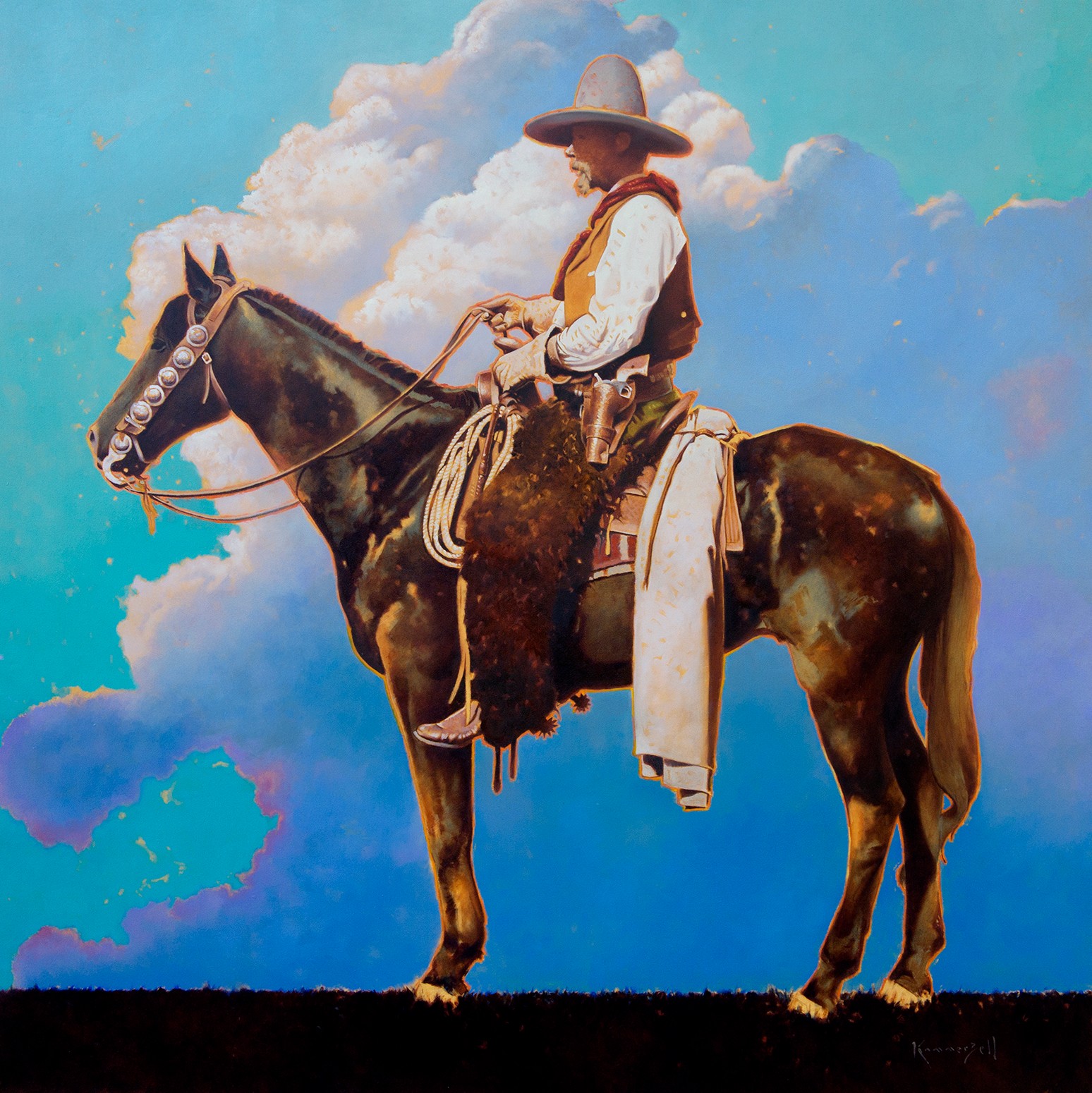 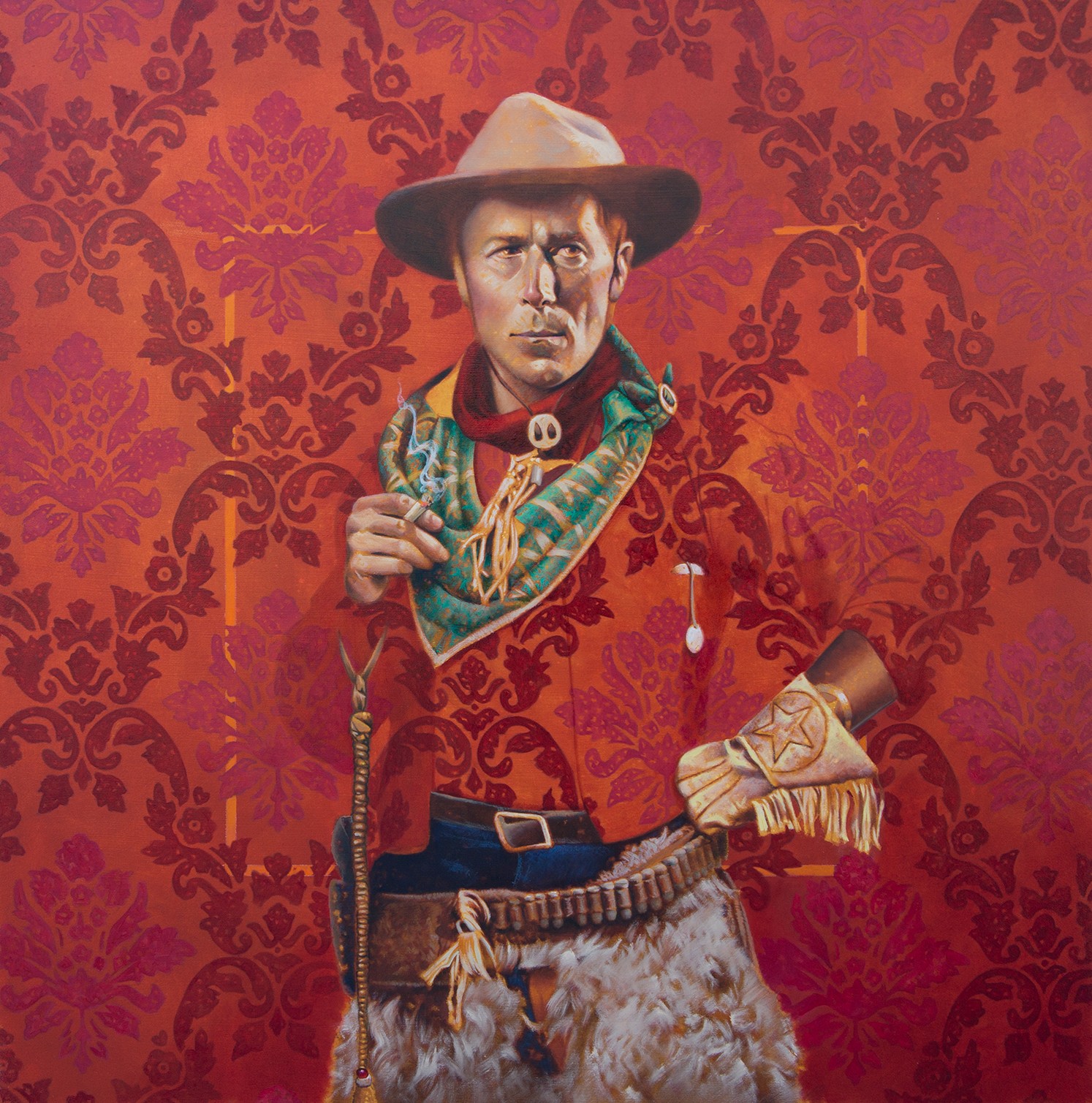 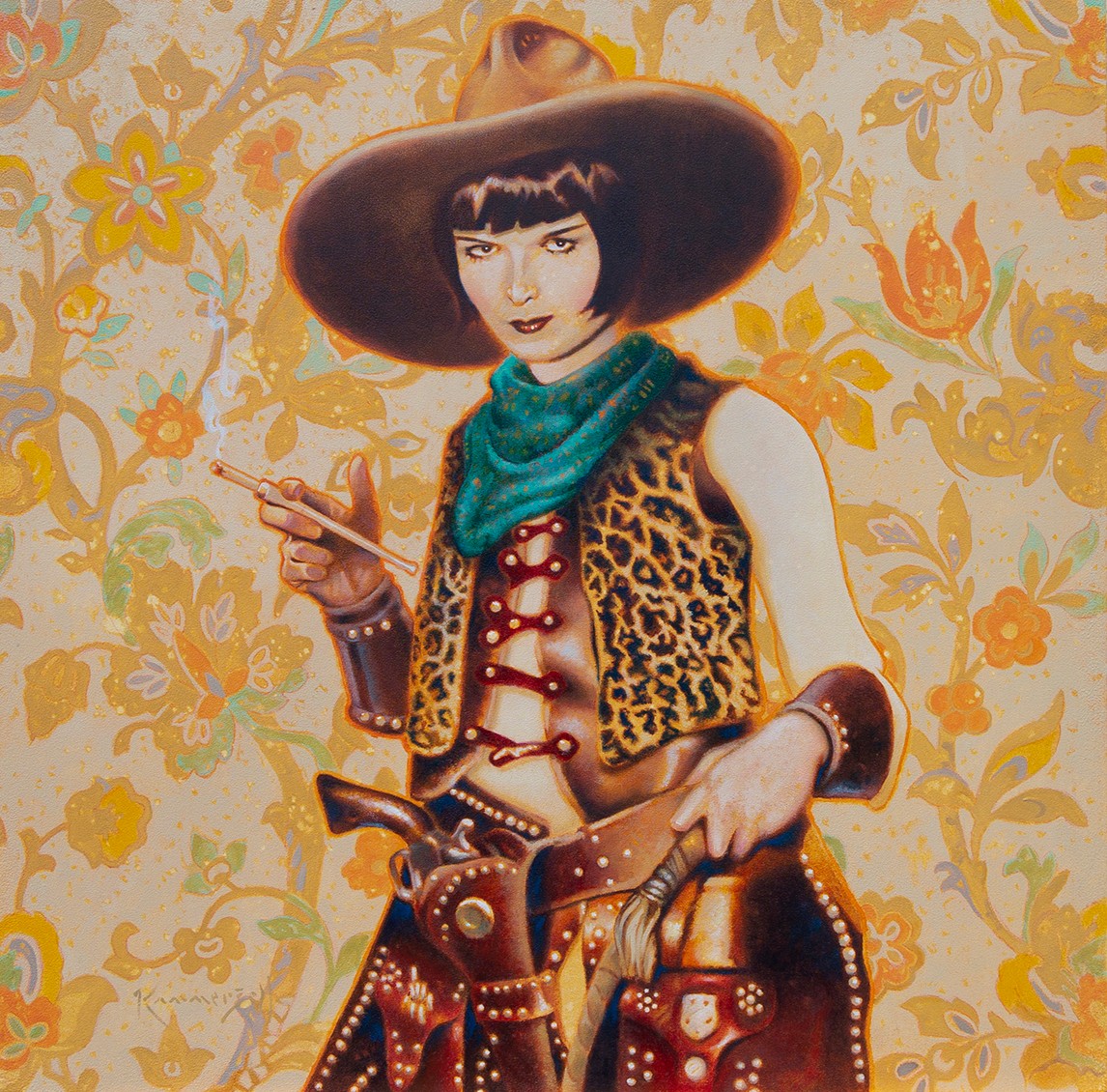 I’m very curious about NFTs and I would love to know more about them. But since I know so little about the whole bit-coin, crypto world I don’t really have an opinion about them yet. But if someone out there wants to enlighten me I’m all ears! Generally speaking I’m interested in growing my brand and product. Traditionally, there are only so many ways for an artist to make money off of his work. That usually involves selling the original piece, selling prints of a piece, holding a workshop, or maybe doing a book of pieces. But mostly there just aren’t that many venues open for artists. NFTs sound like it may be a new opportunity so as I said I want to know more.