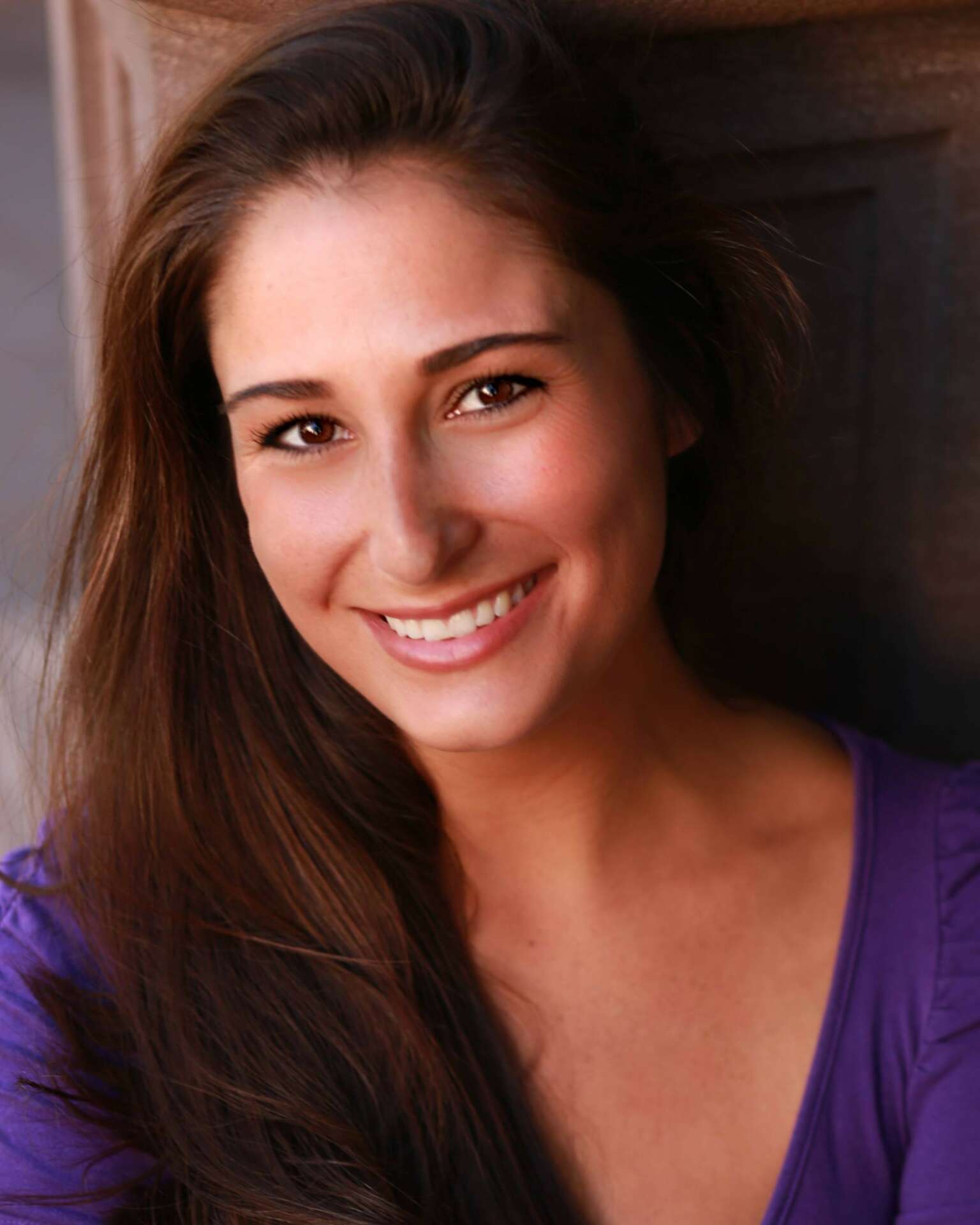 We’re excited to introduce you to the always interesting and insightful Danielle LaVia. We hope you’ll enjoy our conversation with Danielle below.

Danielle, appreciate you joining us today. Are you happy as a creative professional? Do you sometimes wonder what it would be like to work for someone else?

The first time I had this terrifying feeling was my freshman year of college AFTER I put everything I had into getting into this BFA Musical Theatre program. I was one of two girls out of 700 who auditioned that year who got in, so it was a really big deal and the most exciting thing that had happened in my life thus far. Fast forward…I remember sitting in my dorm room freshman year thinking…”WHAT AM I DOING!!!! How will I ever sustain this lifestyle? What if it doesn’t work out? What if it does?” As someone who grew up with very little money, it terrified me to enter this world where the consistency and security just wasn’t there. But…I stuck with it, because I knew this was where I belonged…

Entering the “real world” of the theatre industry was a shock to say the least. Fortunately, I knew at a very young age that being on Broadway wasn’t going to define my success, and I think this is a lot of the reason why I was able to stick with it without getting burnt out. I took many different routes in this industry, and also took a few that were not…

I tried to be a real estate agent for a minute in New York City. Went through the whole course, passed, and started wearing heels and blazers. You want to know why I did this? Because my fiancé’s sister at the time told me that if I was going to marry her brother that I needed to get a “real job” with a salary and benefits. Welp…that didn’t last long, and neither did the engagement. Because I wasn’t being my authentic self no matter how hard I tried to “fit the mold.”

I’ve attempted a few other things over the years that were outside of the theatre industry but they never stuck, and rightfully so. I think about once a year I have a day where I say, “I just want a job where I can wake up, do the work, get the same paycheck every week, and not really care much about it.” Then my husband gives me that moment and acts super supportive while secretly rolling his eyes because he knows the moment will pass and I’ll be back to doing what I was born to do.

Am I happy as an Artist and Creative? Yes and no. I am lucky that I have something I am so passionate about and care so deeply for while many people don’t enjoy their jobs, but I also crave the stability and the steady paychecks that go along with the other lifestyle. Would I change it? Absolutely not…clearly!

Awesome – so before we get into the rest of our questions, can you briefly introduce yourself to our readers? And What sets you apart from others?

A little bit about me: I made my way from NYC to Charleston in 2017 and was so thankful to be out of the snow! Holding a Bachelor of Fine Arts in Musical Theatre from the University of Florida, I have performed in leading roles at many professional Equity Theatres around the country, as well as spending a year at sea as the Lead Female Vocalist on Holland America Cruise Line. I previously lived in New York City where I continued my career directing, teaching and performing at venues and major events, while also performing part time at Ellen’s Stardust Diner in Times Square. One of my most proud accomplishments was writing, directing, producing, and starring in my own one woman show featured at Feinstein’s 54 Below in the Broadway district of NYC. I have also recorded and released two albums featuring Tony Award Winner Gregory Jbara. After moving to Charleston, I continued teaching Private Voice and directing Musical Theatre Troupes through my established company, Danielle LaVia’s Voice Studio.

What sets me apart from others?: My drive. I do not give up when things are hard. Being a professional in this industry and living in New York gives you a certain kind of strength and thick skin that only comes from those lived experiences. You learn to handle rejection and keep pushing forward. You learn how to take criticism and not let it shake you. You learn that many things in life are out of your hands and that is okay. You learn that all you can do is make decisions that you are proud of, give it your all, be a good human, and the rest is out of your control. You learn not to let others dictate your fate. I am grateful for the education I received and the experiences I have had in this industry that have helped me find peace in who I am and confident in what I have to offer.

How/Why I started this venture: When I moved to Charleston from NYC, I was looking for a better quality of life after a decade of working professionally in the theatre industry. I was ready to leave the rat race, but was not ready to leave my love of theatre behind. Upon moving to Charleston in 2017, I, like so many other professional artists that have moved to the area, found that none of the theatre companies were “Equity,” and didn’t offer performers an opportunity to make a living in their field. I’m sure most of you are wondering, “What is an Equity Theatre?” The easiest way to explain it is if you’ve ever heard of SAG (Screen Actors Guild), Equity is basically the same idea but for theatre instead of film. Equity Theatre means we are affiliated with Actors’ Equity Association. Aside from offering protections for artists that include regular breaks, set work hours, eligibility for health insurance, benefits, retirement, healthy and safe working environments, and taking care of our Artists like they deserve, Equity Theatre means we are finally offering our local professionals an opportunity to WORK in their field and earn a competitive weekly salary. Auditioning in NYC and Charleston each year, we will be bringing in Broadway performers to work alongside our local professionals, giving them an invaluable opportunity for growth.

When I moved here, there were challenges in finding any theatre that offered a competitive weekly salary for their non-Equity local professional actors. After spending many years performing and WORKING at Equity Theatres around the country, I now felt as though this move had forced me to put my performing career to the side. This is what lit the fire in me to start this Theatre Company. One of my former colleagues called me a few years ago wanting to leave NY and move to Charleston because she wanted a better quality of life close to the beach and surrounded by the culture and arts Charleston is known for. She asked me about Charleston’s Equity theatre where she could continue her career as a professional actor and I told her we didn’t have one. She was shocked, as I knew she would be, because I felt the same way when I got here. When we hung up the phone that day, I was ready to put this into action. I knew that this was a clear need, and was ready to make this happen, no matter how long it took. I felt as though Charleston, named #1 city in America year after year and having a reputation for its arts, culture, and theatre, must have a professional Equity Theatre to support its Artists and give its audiences access to Broadway caliber entertainment. It’s an expectation that a city of this caliber would have what other top cities offer, and most of them house one or more professional Equity Theatres for a reason. We’re here to fill out an already thriving arts community and become a valuable addition to our education system, tourism and hospitality industry, culture, and Charleston community as a whole. There is so much talent in Charleston that deserves to be compensated for their work. We are ready and excited to incorporate the professionalism that Actors’ Equity Association provides into every aspect of our company, along with seeking out new directors, designers, choreographers, etc. from all walks of life, cultural backgrounds, and abilities.

Where we are at today: After partnering with Charleston Southern University professor, Thomas Keating (member of Actors’ Equity Association) in 2019, we worked behind the scenes doing the groundwork to finally launch Charleston Playhouse in March of 2021. Following the launch, Charleston Playhouse developed a team of professionals and a strong Board of Directors to run the organization, put together an Advisory Committee consisting of Tony Award Winners and well-respected individuals in our community (including Carol Burnett, Kristin Chenoweth, Mayor Tecklenburg, and many others), secured a residency at the College of Charleston Sottile Theatre, developed a partnership with the College of Charleston Department of Theatre and Dance, brought on many nonprofit Sponsors and Donors in support of its mission, started a Broadway Cabaret Series taking place at it’s Second Stage at the Chapel Theatre…the list goes on and on! In 2023, we will continue our fundraising efforts to prepare for our inaugural Mainstage season while also continuing to build awareness in the community to find the true supporters of the arts and the ARTISTS. History is HAPPENING in Charleston!!! 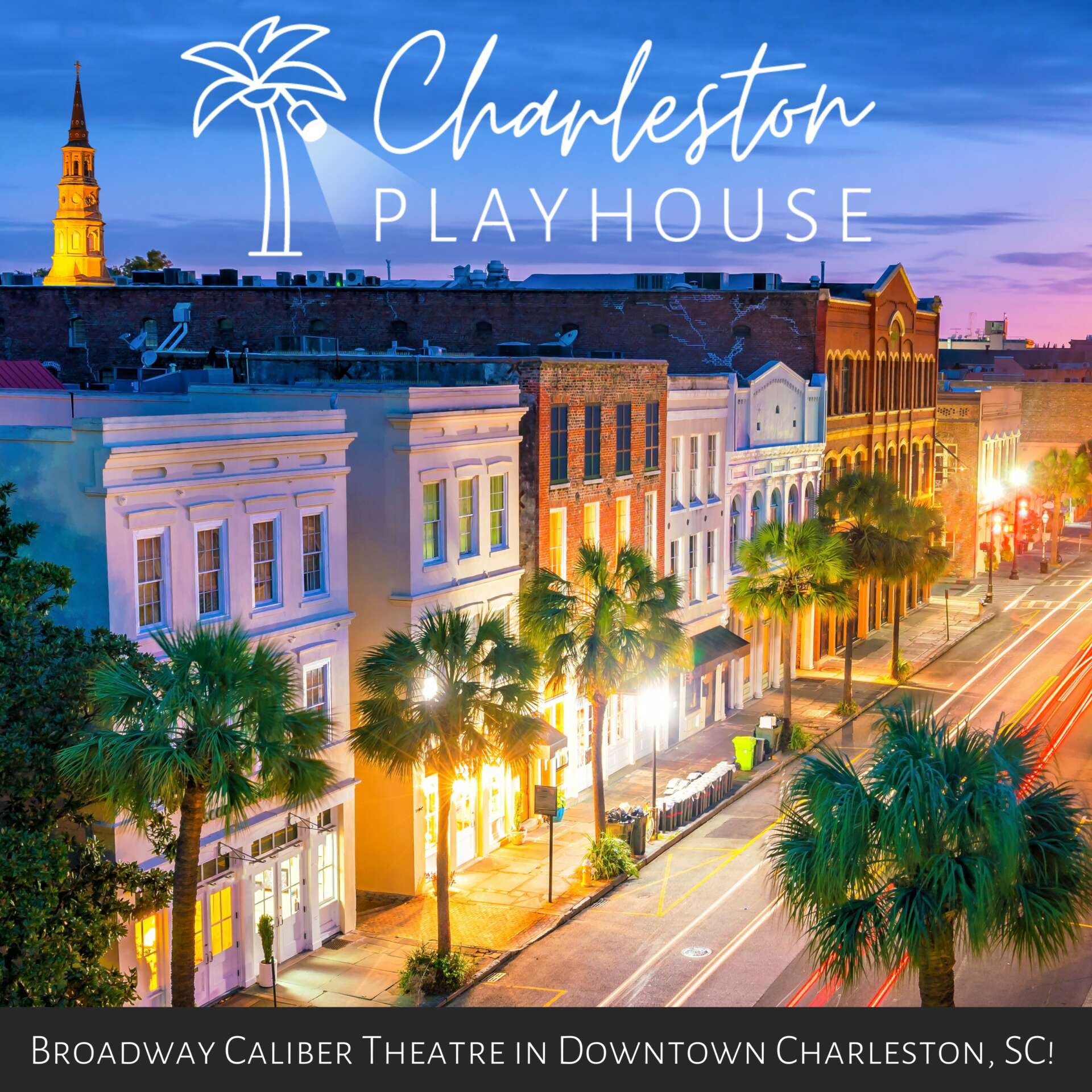 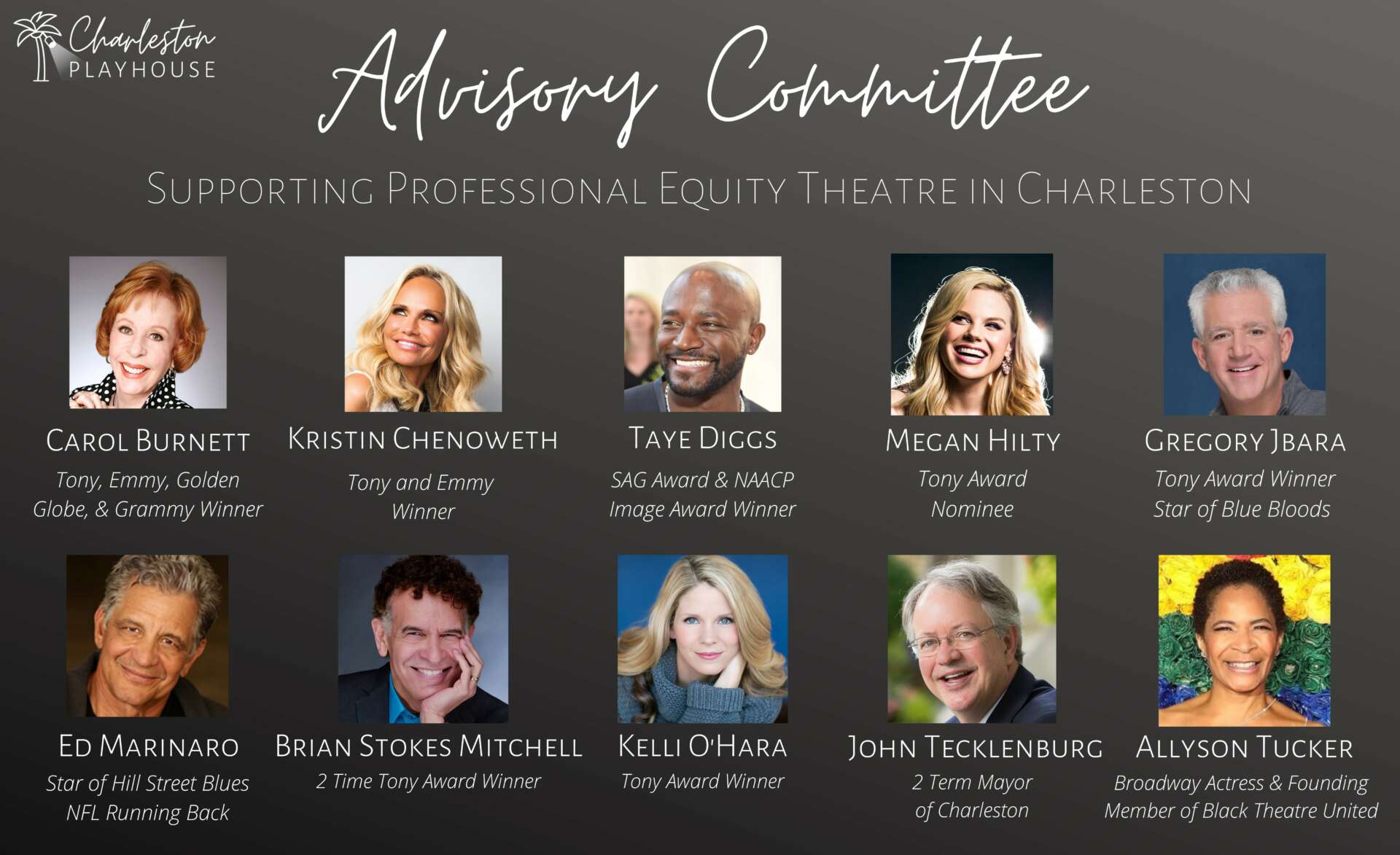 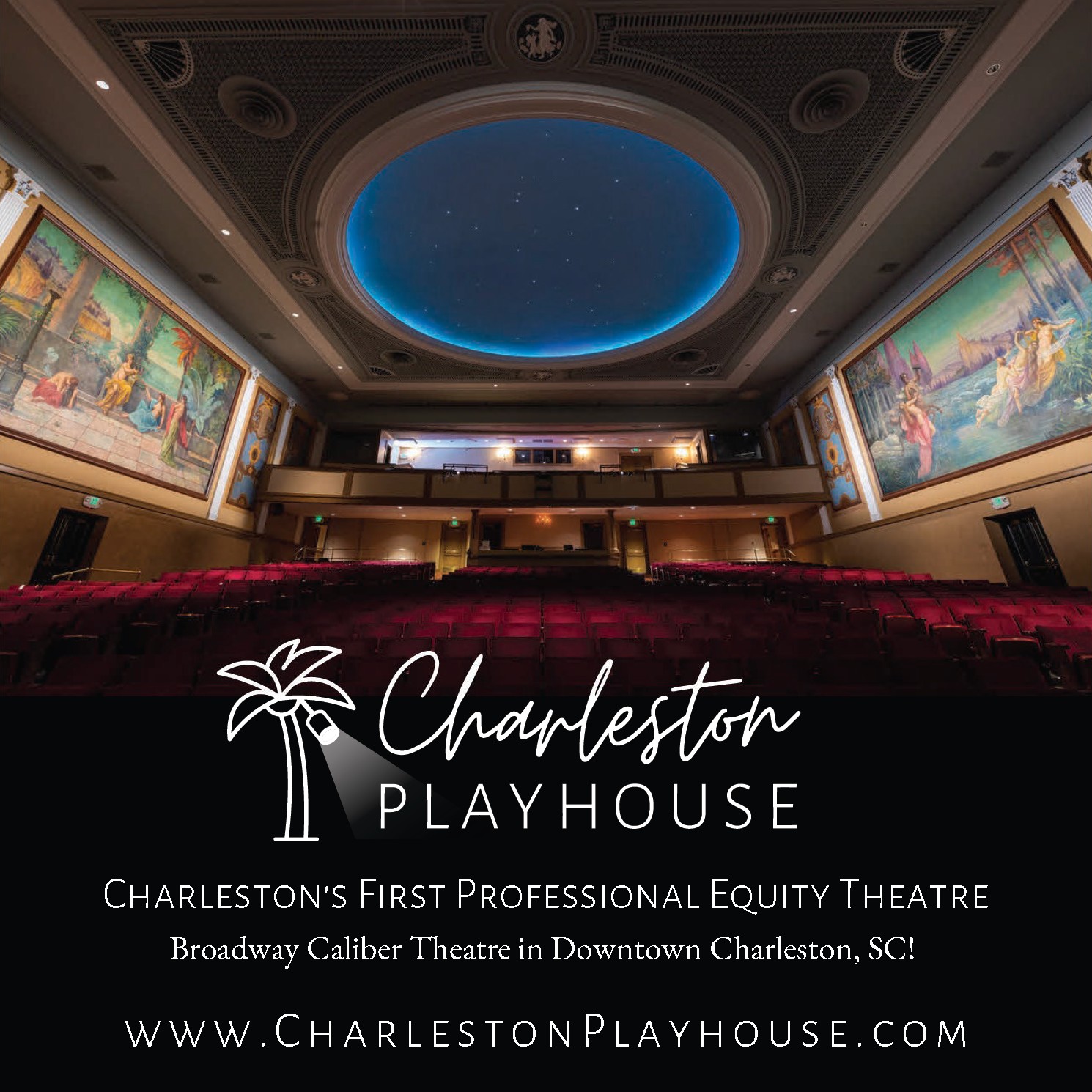 Absolutely. I think there is this preconceived notion that theatre is just a hobby and not a profession, and people forget that the professional entertainment they are getting is done by people who also need to make a living. I have seen too many actors be taken advantage of. As someone who has devoted their whole life to the theatre, I must advocate for the Artists and make sure they are not only being paid fairly, but also being taken care of and treated as any other company would treat their employees.

Resilience is probably the most important quality to have if you are someone who wants to start a nonprofit Theatre. There have been so many twists and turns along the way that were unexpected and you have to be able to pivot gracefully as a leader.

The pandemic definitely took a huge toll on the timeline of our fundraising efforts. Even once we thought things were getting back to normal, it is still taking time for donors and patrons to feel comfortable getting involved in the theatre again, both physically and financially. We have had to adjust our timeline, go through board members who ended up not being on the same page with our vision, cancel performances last minute because the actor got Covid, ask employees to work voluntarily while funds were low…the list goes on and on. Nonprofit work is definitely not for the faint of heart. Accepting that a lot of times things don’t go according to plan and being able to pivot without it breaking you down is the most important thing to be able to do if you want to succeed.