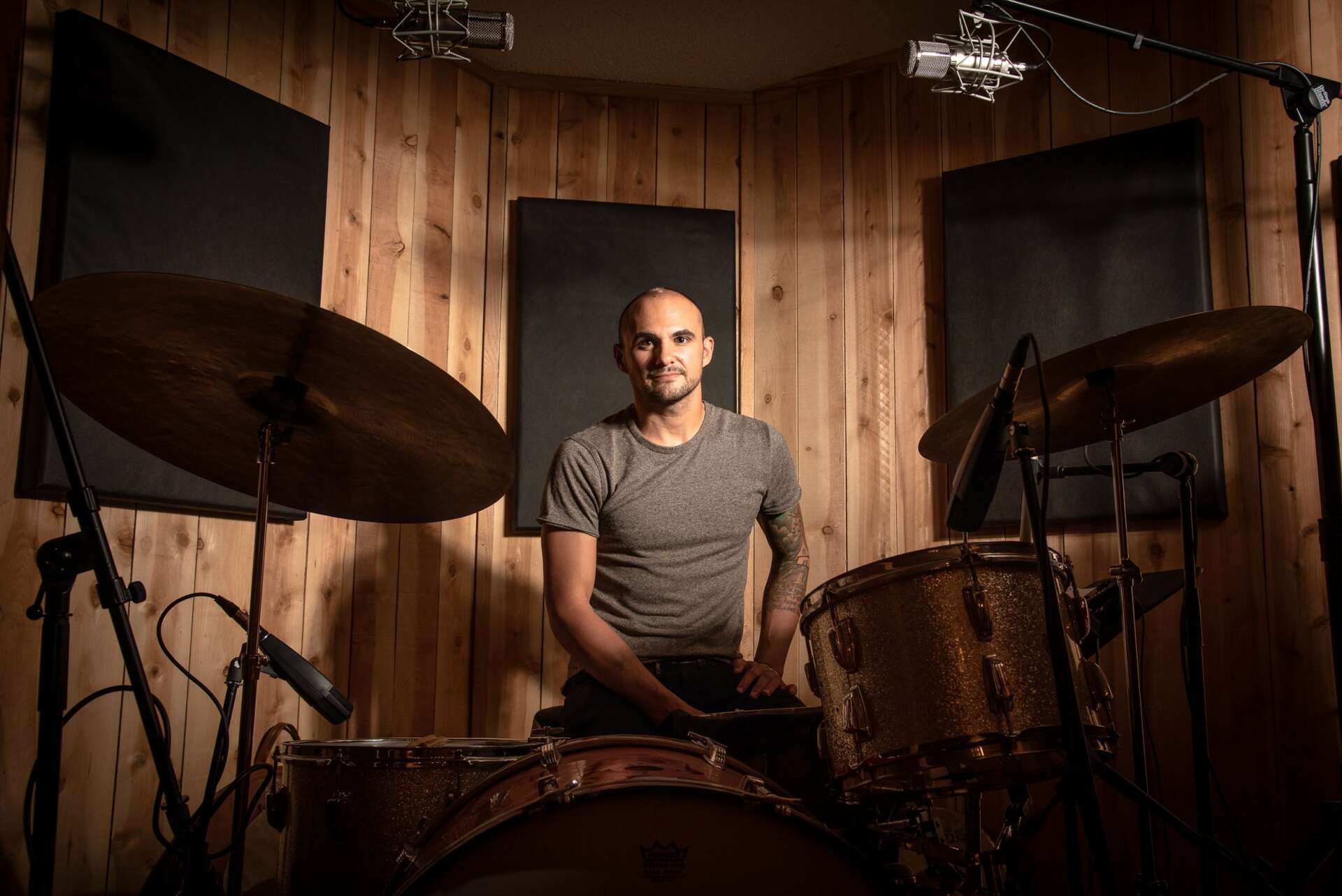 We were lucky to catch up with Clint Kirby recently and have shared our conversation below.

Clint, thanks for joining us, excited to have you contributing your stories and insights. We’d love to hear the backstory behind a risk you’ve taken – whether big or small, walk us through what it was like and how it ultimately turned out.
I’ve had the privilege over the years of playing music to be a part of several beautiful records, special “one-night-only” shows, and incredible tours, each of which come with their own set of challenges and potential for failure. Every time you step on stage or put your thumbprint on a record, you’re placing the bets on yourself. At the risk of sounding dramatic – each note can a risk. Last year I decided to take on a new venture for me – performing my own music live as well as releasing a new record. In the summer of 2021 I received a call from the booking agent at Magnolia Motor Lounge asking if I’d like to host my own residency night starting in September. Without thinking or second guessing, I immediately said yes. I’ve played music for a living for over 12 years and even released a few small original projects but this felt like a new experience for me. I had recorded a “passion” project a couple years prior with a few friends and local hip-hop artist, Justin Christopher. It was comprised of 3 songs I had written and produced, and featured Justin on vocals. Since I had already committed to the residency I decided I would double down and call it an EP release show and perform the full record as well as feature Justin’s original music. I booked the band, laid out a setlist, arranged the songs for a live band, made the show poster – again, I placed the bets on myself. I decided if I’m going to fail, it’s at least going to be loud. It was like being a kid again, except this time I felt the pressure. I’d like to say that by the time I got on stage I felt totally comfortable and in my element, but in reality I never settled in that night. When I came off that stage though I felt the most accomplishment I’ve ever felt. I had brought together a community of artists and creatives and curated a night of meaningful music, conversation, and thought. Since then we’ve doubled attendance at each show, garnered attention from KXT, Hear Forth Worth, several local and regional venues, as well as many other artists wanting to be a part of it. Most importantly a community started to form around those nights, bringing in artists from all different genres. Starting in February, we will be kicking the residency off again on the fourth Wednesdays of the month at Magnolia Motor Lounge and it will run through the end of October. Taking risk is a fundamental step of living a life well discovered. Be willing to fail, believe you could succeed, and be prepared and strong enough for everything in between. 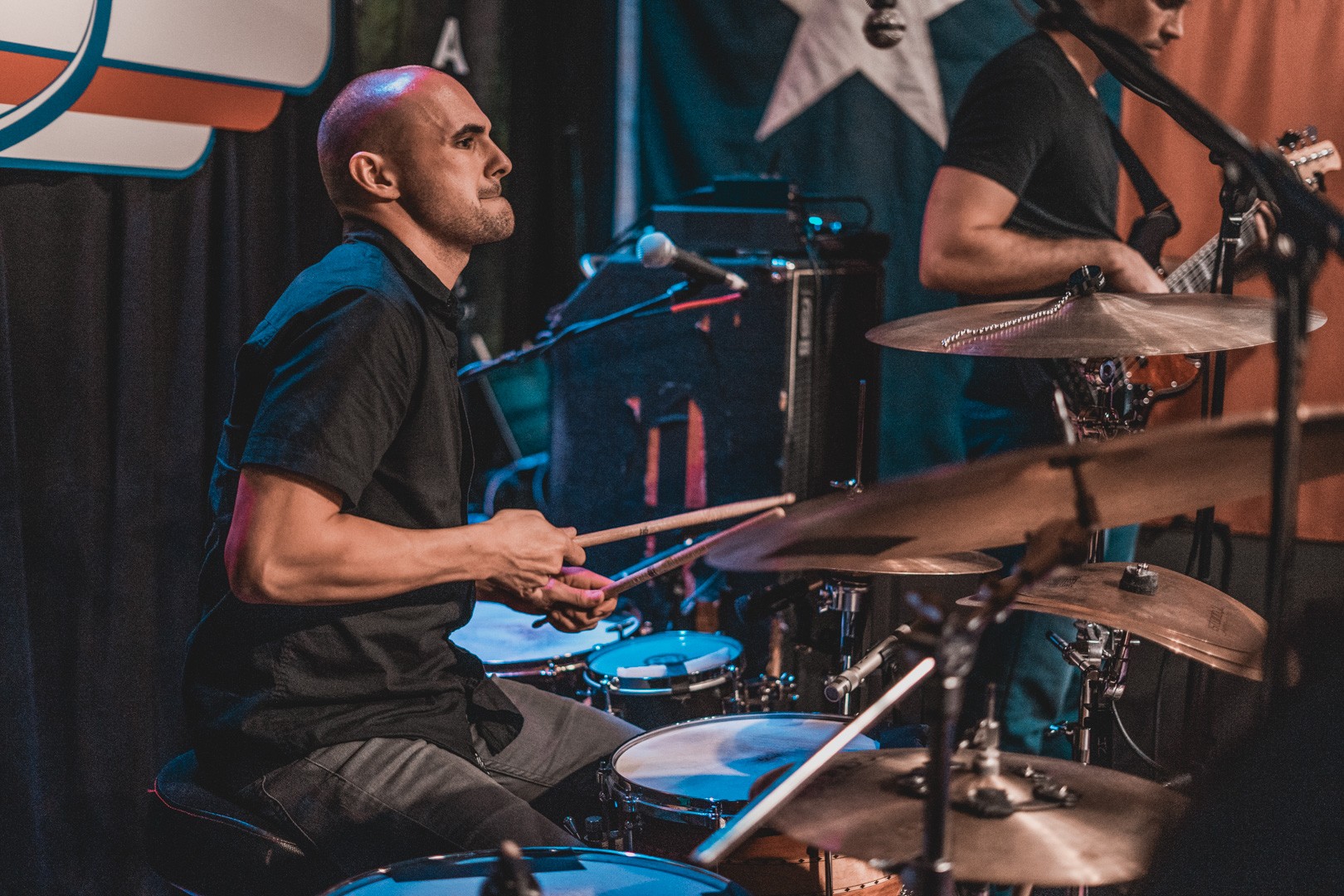 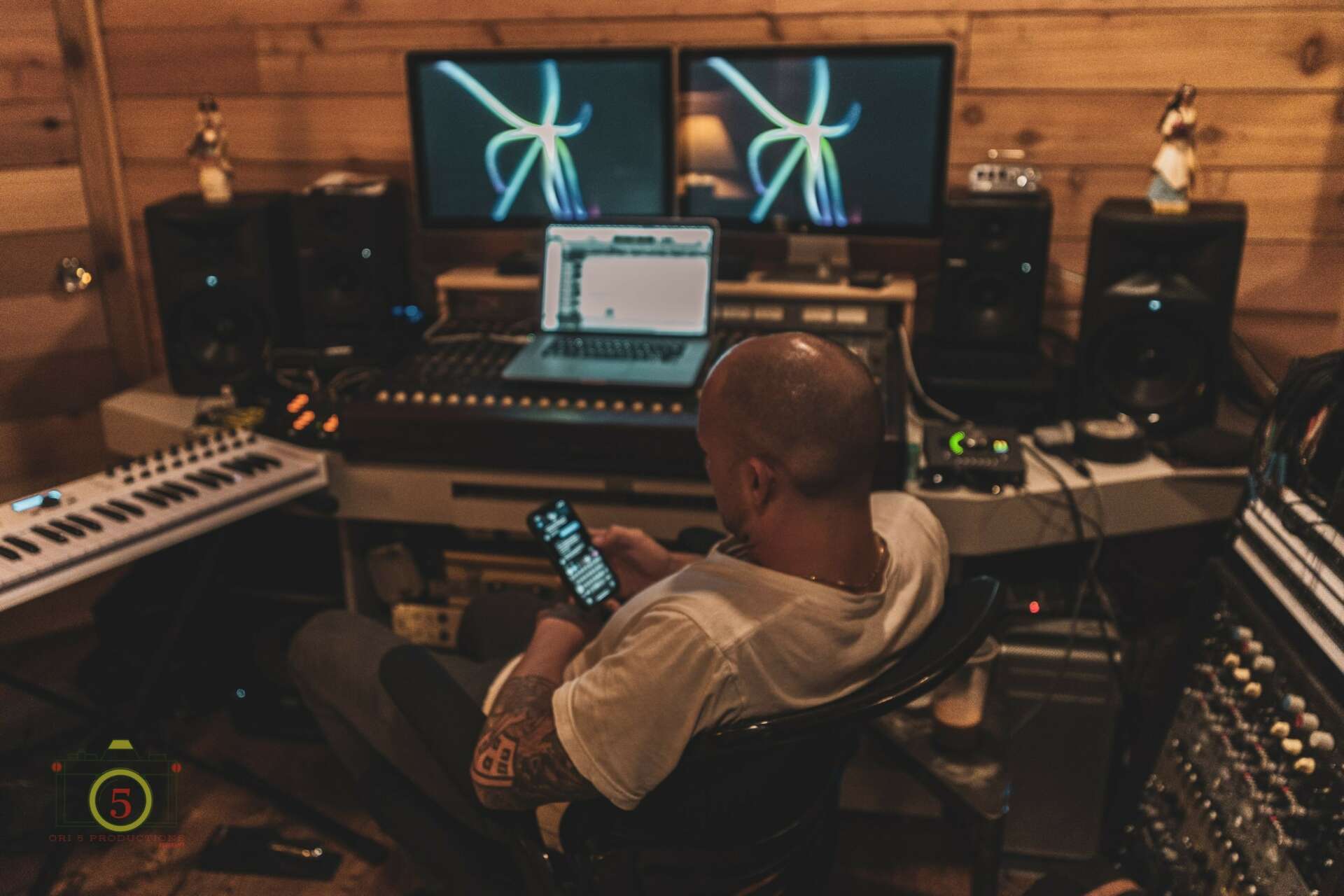 Clint, before we move on to more of these sorts of questions, can you take some time to bring our readers up to speed on you and what you do?
My name is Clint Kirby. I’ve been a full time drummer for 13 years, and I’ve been producing records for about half of that time as well. Most recently I’ve been performing my own music live and releasing original music in collaboration with some of DFW’s finest musicians and artists. I’ve been fascinated by music ever since I was a kid. It wasn’t necessarily one of those stories you read about where my family always had music playing around the house. In fact, from what I remember our house was pretty quiet. I think because of that, music wasn’t just a casual activity. When I bought a new record it was special, when my dad wanted to show me a new song it meant something, and at the best and worst times in my life I turned to music. I think the unique aspect that I bring to any stage or studio is that it isn’t ever just work. I know how much certain records and concerts have meant to me, so the opportunity to ever be that for someone else is a privilege. To me, that is the hardest part of working in the arts – to maintain inspiration and avoid mediocrity. My goal is to inspire anyone, from the musician to the accountant to the person working the line at a fast food drive thru, to be an “Artist of Living”. Live with purpose and do what makes you better to the people around you.

How can we best help foster a strong, supportive environment for artists and creatives?
In my opinion, every community has to recognize what role the arts play in their ecosystem. I can only speak for live music in particular, but venues and artists bring a thriving scene for night life and benefit the surrounding companies financially. Songwriters playing solo gigs at restaurants bring entertainment and enhance the dining experience. And above all, live music(I believe any performance for that matter: an art gallery, a play, etc.) is an escape for most people. Whether it be a moment that the listener can reflect on themselves and their life with complete honesty, or it be as simple as the end to a long week, spent with friends and plenty of drinks – live music is essential to an inspired community. If you can acknowledge all of this then what wouldn’t you do to protect it. Support local artists financially, show up to events, spread the word on new music. Everybody doing something, as small as it may be, moves the scene forward. 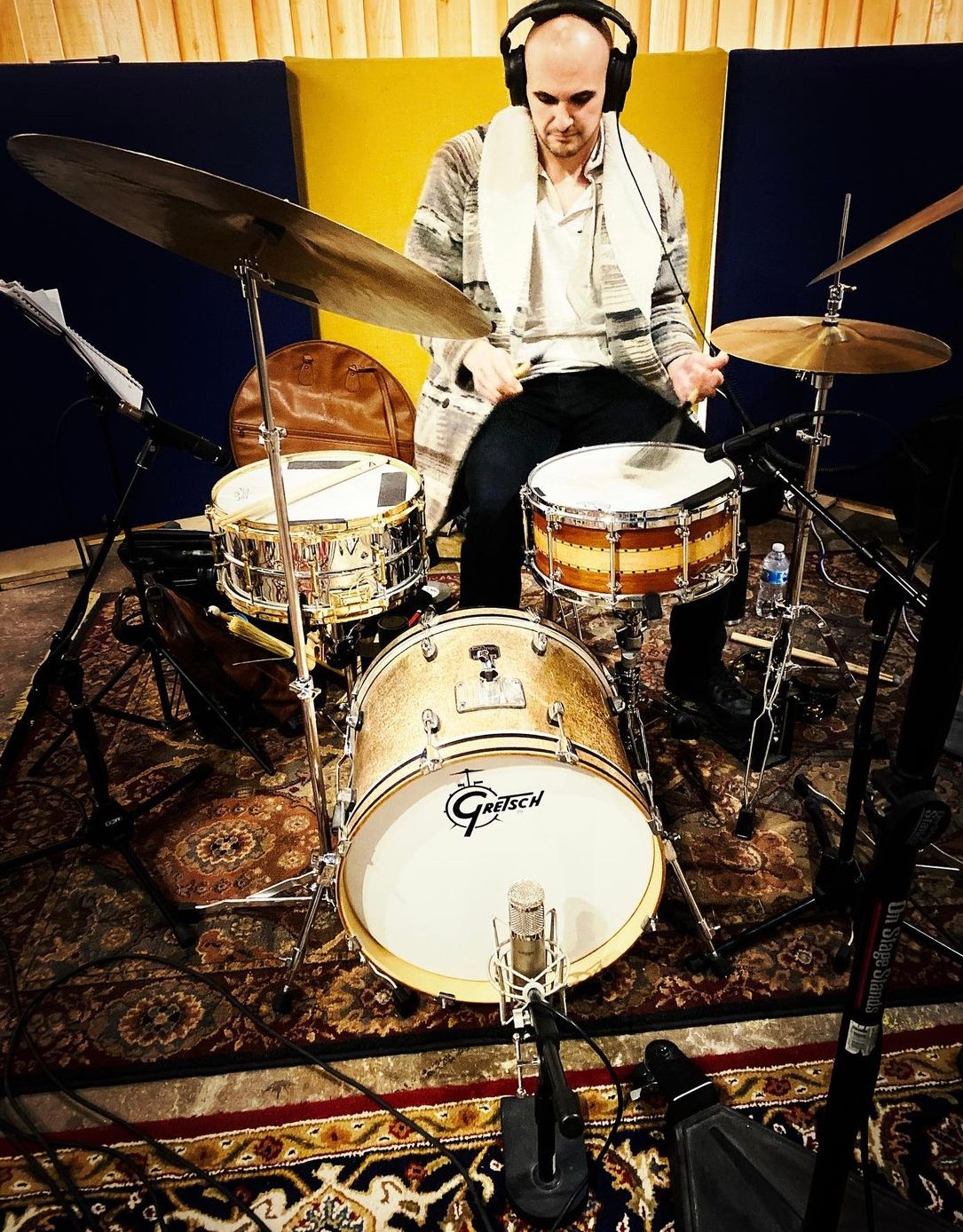 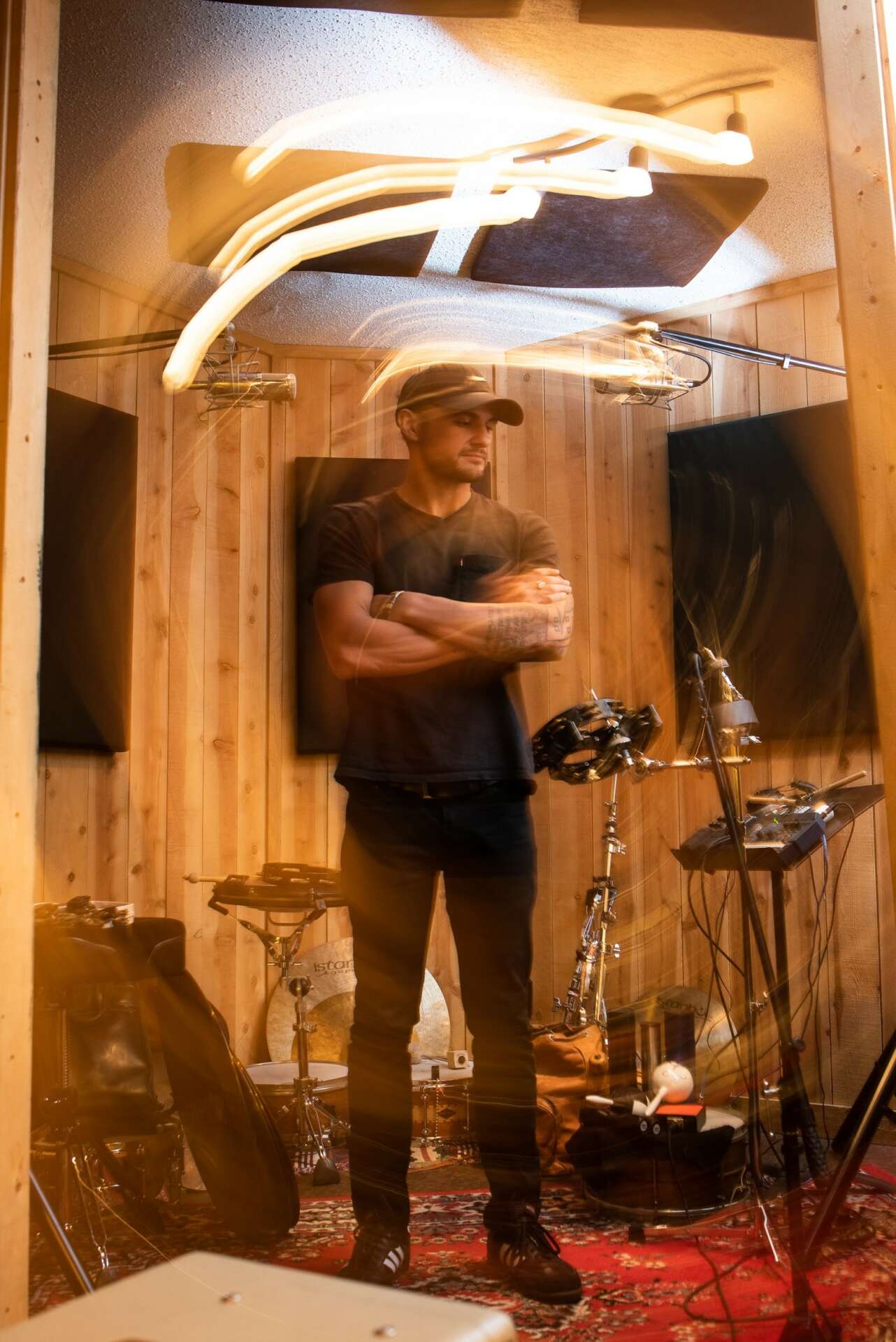 How about pivoting – can you share the story of a time you’ve had to pivot?
2020 was a very pivotal year for me, as it was for the entire country to say the least. I had just moved back to Fort Worth from Dallas, I was working more than ever, and I was scheduled for one of the biggest tours I had ever done. Then within a couple of days I lost every gig on my calendar. After a couple of months of waiting to see what was going to happen, I decided to pack up and move back home to Oklahoma. I began working for a commercial construction company very quickly and went months without playing gigs. Eventually work in music came back and I moved back to Texas, but that year was a defining moment for me. Each day I worked hard at something I didn’t necessarily love doing and yet I felt so much accomplishment at the end of each day. That year taught me what I was made of. I decided that if I’m going to spend the time doing something I’m going to put my all into it. Also it put music into perspective for me, and gave me an appreciation for every gig. I know so many people that have this same story and came out on the other side more grateful and more inspired.