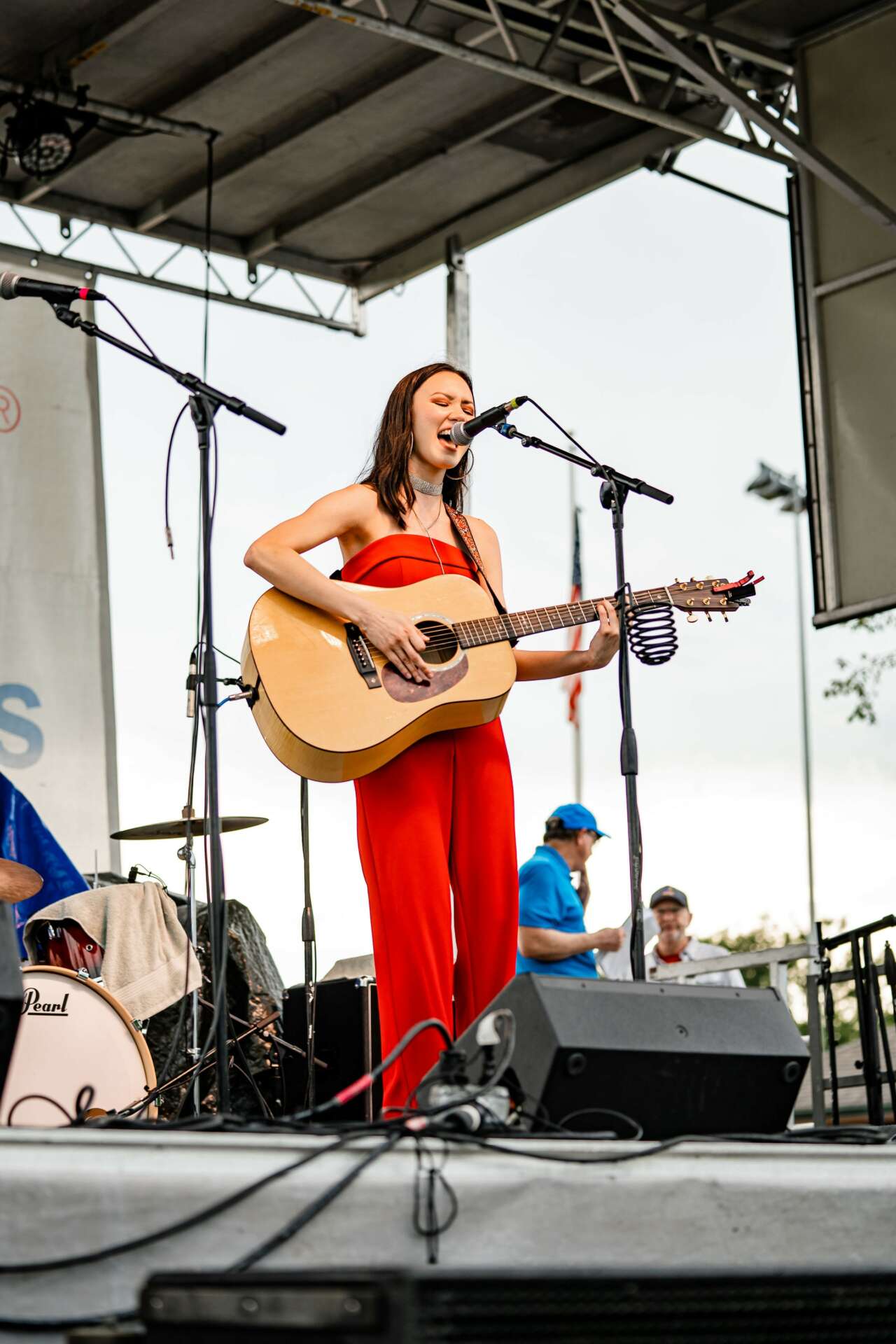 We recently connected with Chloe Duvall and have shared our conversation below.

Chloe, appreciate you joining us today. When did you first know you wanted to pursue a creative/artistic path professionally?

I have very supportive parents, which I’m very grateful for, since I know many artists who can’t relate. I remember when I was a little kid singing alone in my room and my mom came upstairs. She said, “Chloe, I thought that was a recording. Your voice is beautiful!”. She immediately started encouraging me to pursue music. I remember the first time I played in front of anyone was at a family reunion. I was so nervous at first, but then as soon as I got onstage I felt so alive. I sang a Taylor Swift song, because she was my favorite artist growing up (and honestly still is). After that, my songwriter cousin invited me to play a song at the Listening Room Cafe in Nashville during her round. I said yes, and that was where I played my first original song. It was called Incredible, and it definitely was not incredible. I don’t remember it being very well-written, but my mom swears it was amazing. Anyways, I got onstage and I played that song. Again, I thought I would be nervous standing on that big stage, but I just felt really happy and free. In that very moment, I knew music was for me. 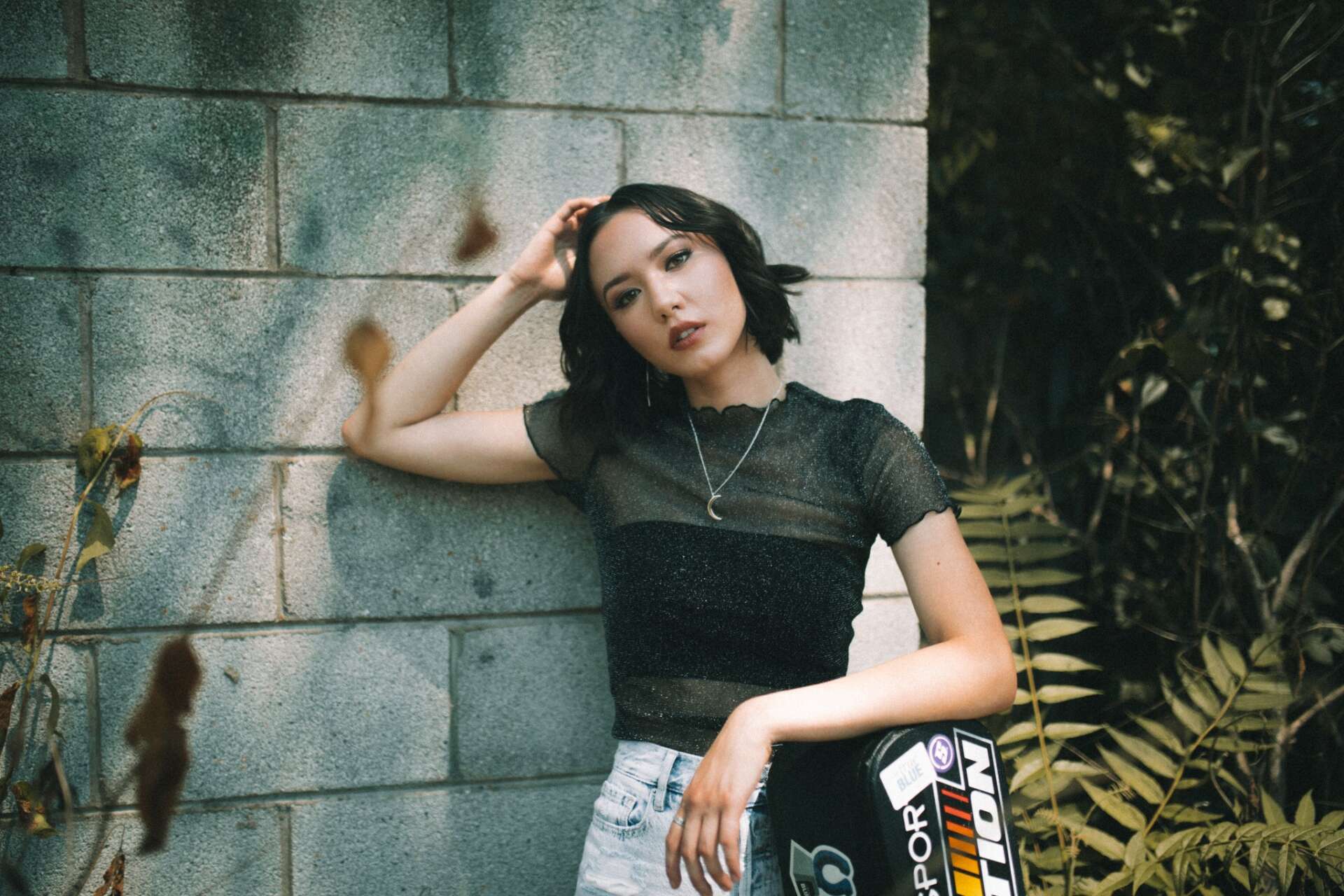 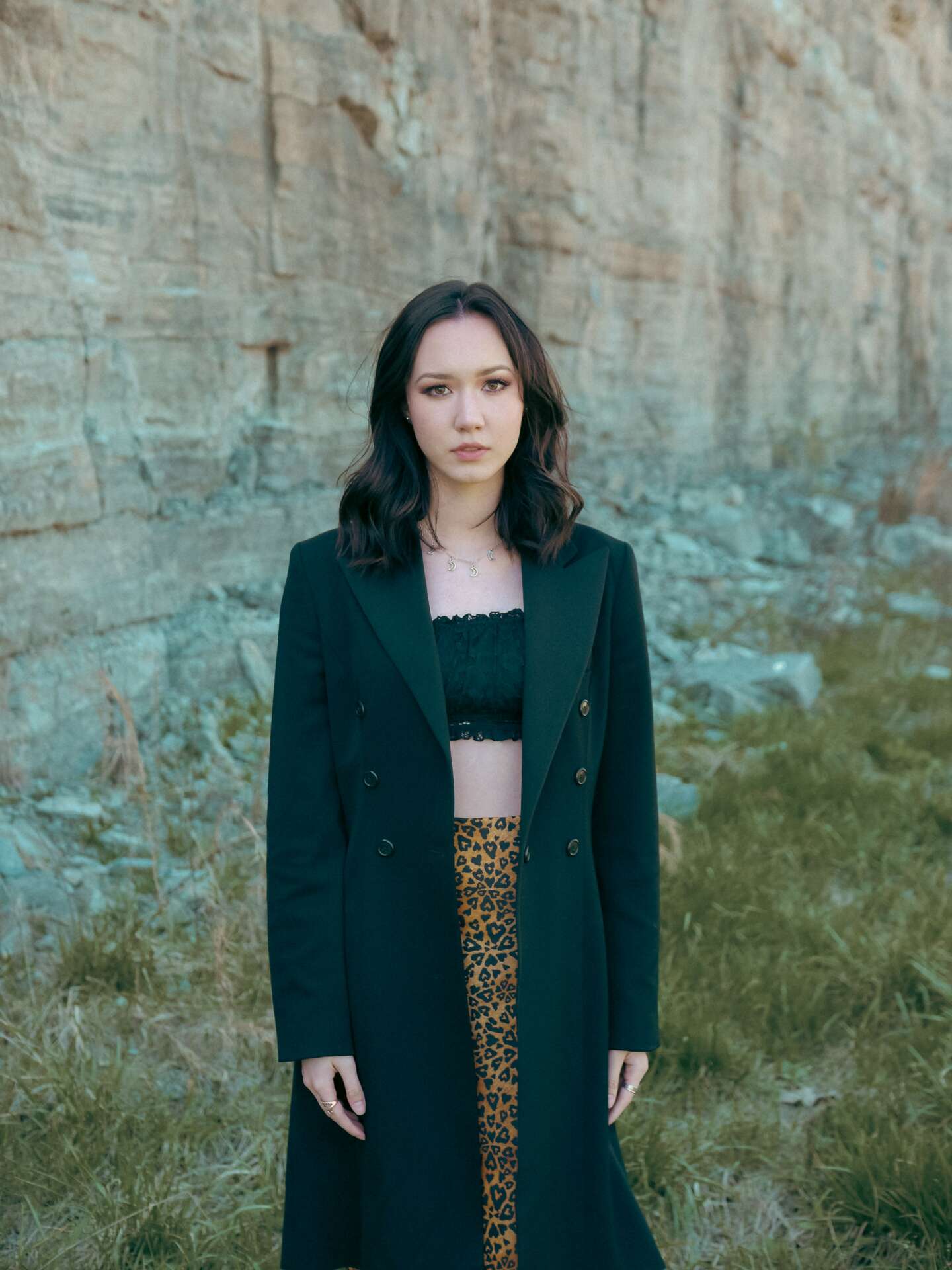 My name is Chloe Duvall, and I am an independent singer/songwriter from Nashville, Tennessee. I just released my debut single, Ego, earlier this year and I plan to release more music very soon. Aside from releasing my own original music, I also co-write with other artists. While I love being an artist, songwriting is my number one. I care about good lyrics more than a good melody, but I think that an amazing song has both. I love writing dark pop, indie pop, and singer/songwriter style music. The music I release typically has an edgy dark-pop vibe, and I love stuff like that. Some of my favorite artists right now are Taylor Swift, Conan Gray, and Lizzy McAlpine.

I’m about to graduate with my Entertainment Media Production: Music Business degree this December. It has been difficult to balance school and music, but it’s definitely not impossible. Some of my other passions include skincare, coffee, and hanging out with friends. I currently work in social media, which I think has really helped me determine my brand in music and grow a following. I mad a Tiktok one time about how Taylor Swift writes her music versus how other people write their music that got 1 million views. I think people appreciated it because my audience really loves Taylor Swift.

I have had a lot of people say I’m crazy for pursuing music because I will never make any money from it. I had a weird moment last year where I completely changed my college major. I was waiting tables at a local restaurant as a summer job, feeling like I was going nowhere in music, so I decided that I was going to go into web design. I changed my major and everything, and for an entire month, that’s what I was going to do. I felt like I couldn’t major in anything music-related or I would be some loser who would never make any money or go anywhere in life. Then a week before classes started I had this crazy epiphany of, “Wait, I don’t even like web design”. I changed my major to Music Business a week before classes started, and I haven’t looked back. I also ended up quitting my waitressing job that was making me miserable, and I’m so much happier now knowing that I am living my truth.

I think everyone is creative, but many people suppress it for the need to be accepted, to make money, and even to not be called crazy. But for the people out there who struggle to understand people who are living in their creative truth, I will always be the most happy when I am being creative. Music truly has saved my life, and I would never give up writing songs, even if I’m the only person who hears them. I think that it’s my purpose to be creative, and I encourage anyone to go out and do something creative today that you’ve been putting off. We all have creativity inside of us, and I urge others to not suppress it. 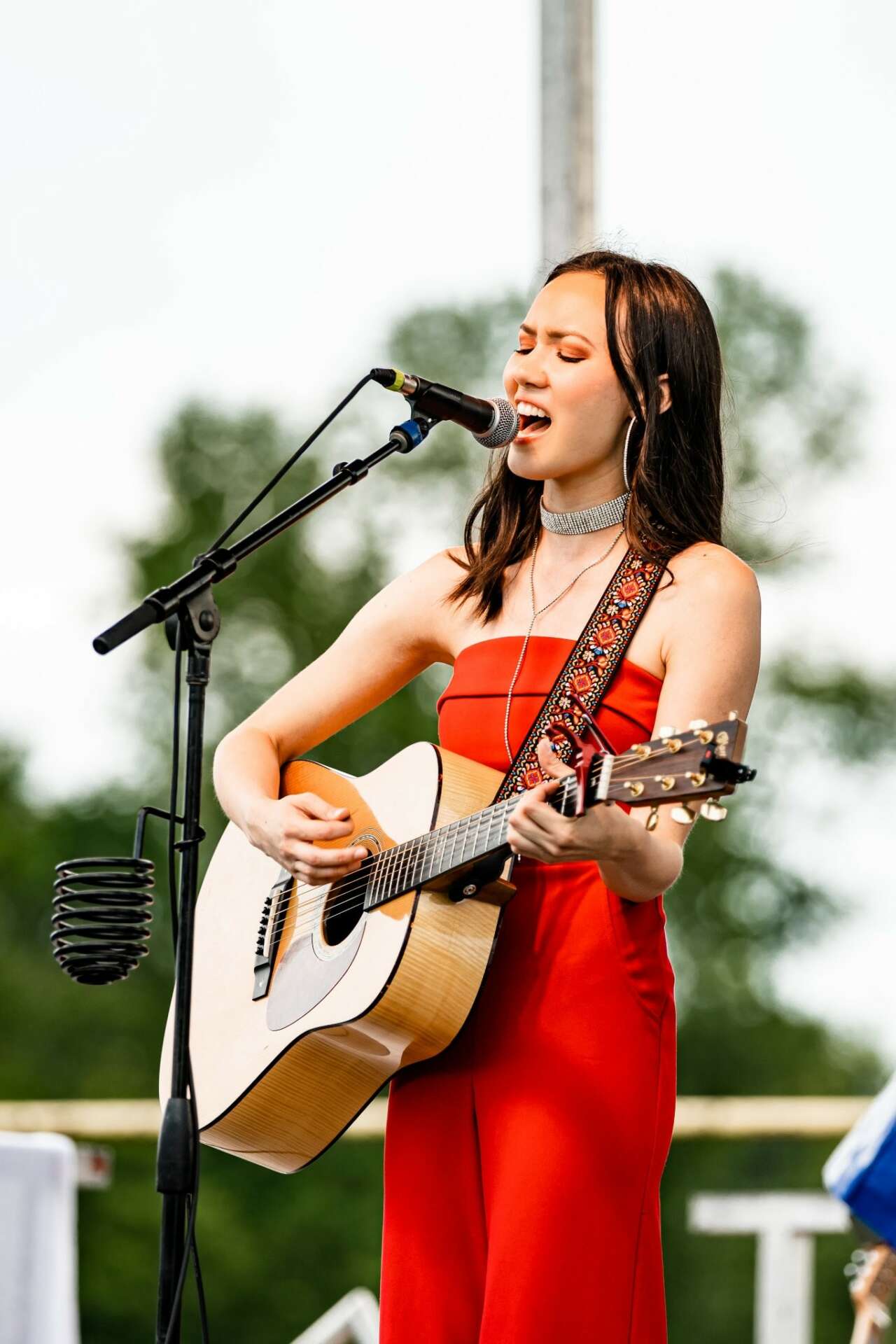 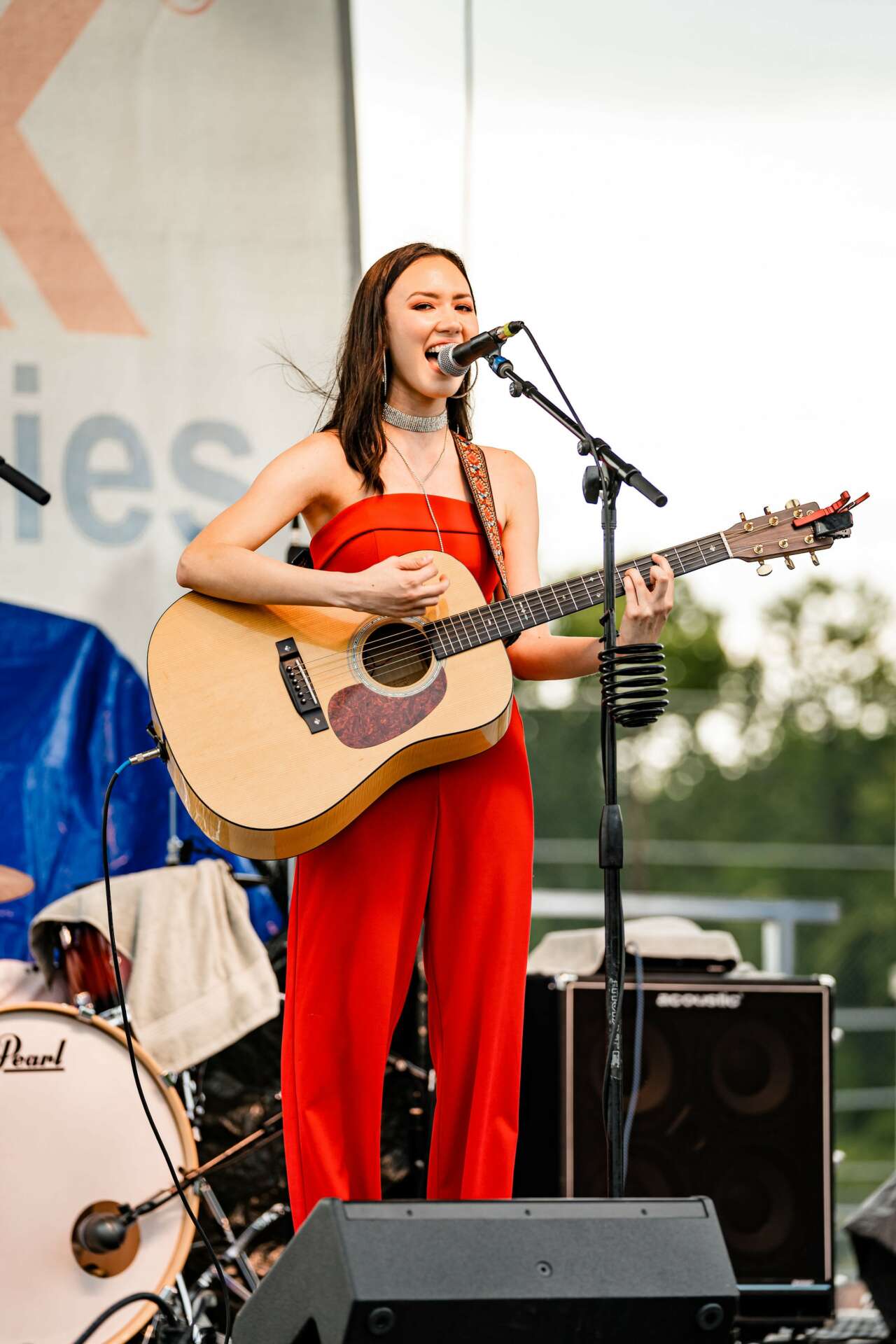 At the beginning of this year, I was talking with an upcoming label that wanted to sign me. I was so excited, because it’s not every day that you get courted by a label. But long story short, the deal didn’t work out. I realized that they didn’t believe in me, they just believed in the money that I could make them, so I walked away and never looked back. I felt like I had been stomped on and taken advantage of. That was a difficult step to choose to say no. Because you always wonder, “What if?”. What if I had taken the deal? But honestly, now I’m happier than I’ve ever been. I remember one of the people who offered me the deal said, “This is your best shot at making it.” I think my best shot at making it is working with people who truly believe in me and understand my vision. I think that situation has pushed me to go farther than anyone ever said that I could. It’s pushed me to work harder than ever before. The universe must have been on my side because sure enough, as soon as I said no I started getting opportunity after opportunity. I started co-writing with tons of artists every week, I released my first single, I started getting emails from music blogs wanting to interview me, I had my song played on the radio for the first time, and I joined a new booking agency. I even won my local talent show, which gave me so many incredible opportunities in itself. I’m still open to the idea of working with a label that really cares about its artists in the future, but it’s been an incredible year for me as an indie artist.