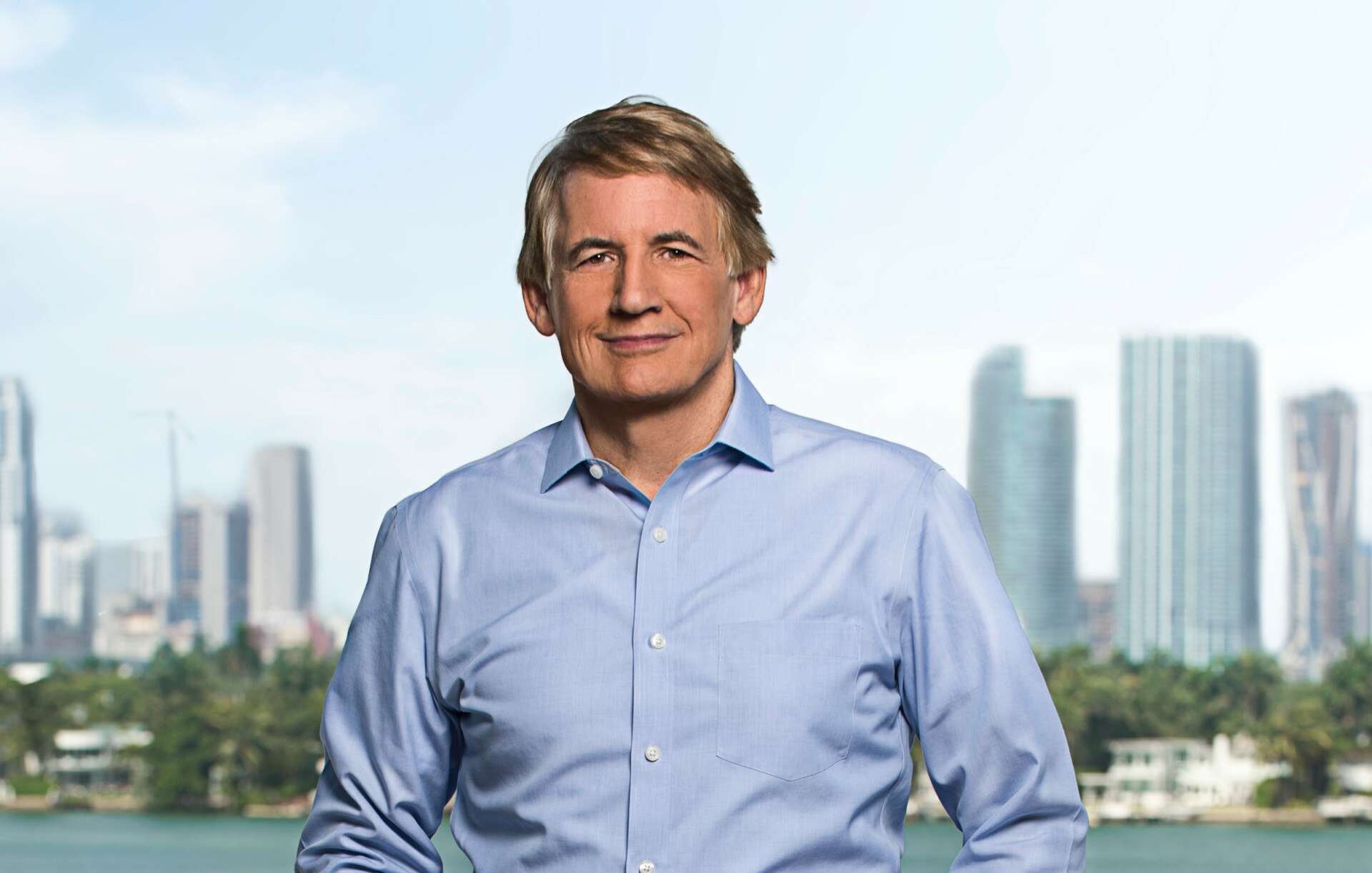 Alright – so today we’ve got the honor of introducing you to Bryan Norcross. We think you’ll enjoy our conversation, we’ve shared it below.

Bryan, thanks for taking the time to share your stories with us today Can you open up about a risk you’ve taken – what it was like taking that risk, why you took the risk and how it turned out?

In 1978, I was managing the news department at the ABC affiliate in Louisville, KY. It was a tumultuous time in the city. Teachers and firefighters went on strike, and Mother Nature was out of control. Relentless cold arrived in mid-January with most days only reaching the teens or 20s. Snow from a brutal late-January blizzard didn’t melt until mid-March.

Managing the news and weather coverage was massively challenging, but my team was up to the task. We elevated the station to a major player in the Louisville market. That success set me on a career path that seemed likely to lead to lucrative television-station or network management jobs in the future.

As a kid, my passions were science and broadcasting, especially radio. Night after night, I tuned into distant stations on my J.C. Penney AM radio and studied the various programming strategies and creative techniques that made one station different from the other. I waited each night for the iconic announcers with unique styles and personalities to boom into my Florida bedroom over the great radio stations from Chicago, New York, Little Rock, and Fort Wayne.

Being a broadcaster seemed like the best possible job.

Meanwhile I was also a science kid. Math and physics were always my best subjects in school. I designed and built my first computer for the regional science fair in 1964.

A year or so into my tenure as news director in Louisville, my main weathercaster, a talented lady named Angie Humphrey, decided to leave TV. Nobody could replace Angie as a personality, so I set out to find a trained meteorologist to lead the weather team.

And then it hit me. TV weather is the confluence of science and broadcasting. Maybe being a weathercaster was what I was meant to do. But should I give up a promising career in television management?

In April of 1979, I traveled to Florida State University in Tallahassee where I had graduated with a degree in Math and Physics some six-and-a-half years before. Coincidentally, key professors at the FSU Meteorology School had been thinking of ways to diversify their research-oriented student base to include wannabe broadcast meteorologists. Other meteorology schools around the country had already set up broadcasting-oriented curricula, and the new programs were increasing enrollment.

After a lot of discussion, the FSU folks could not commit. A vocal faction in the FSU Meteorology School was against the idea of expanding the program’s offerings beyond hard science. The meteorology faculty was justifiably proud that more prominent meteorologists in key positions around the world had come through their program than any other. Some of the important old-timers were worried about dulling the school’s uber-science image. Others thought diversification was not only necessary to fill the meteorological needs of the modern world, it would also enhance the reputation of the school.

On the way back to Louisville from Tallahassee, I decided to pull the string and take a chance. Without a lot of thought – far too little in retrospect – I blew up my career and committed to a new path without knowing whether FSU was going to let me in or not. I told the TV-station management in Louisville that I would be leaving my news director job at the end of May 1979.

I was betting that FSU would come through with something, even if it was a non-degree program. At that time, the degree was less important than it is now. My main goal was to understand the science of meteorology. I didn’t want to be the weather guy on TV who didn’t know what he was talking about.

My house in Louisville sold quickly, so I was feeling the pressure to get moving. On a follow-up trip to Tallahassee, I stumbled upon a fantastic house with three bedrooms and a pool! The price was good, and it was close to the university. It was risky to buy it, not knowing what FSU was going to decide, but I figured I had to live somewhere. Rationalizations can be powerful things.

A few weeks later, my key supporter at the Meteorology School and the Dean of the College of Communications made a deal. They would create the first Broadcast Meteorology mash up at FSU. I would take all the core meteorology courses required for a master’s degree but do a research program analyzing weather-forecast communications as an elective. In addition, I would teach two communications classes, which took the load off the Communications Dean and got me in-state tuition. It was a win-win-win!

The third part of the puzzle fell into place soon after school started in the fall. The small ABC station in Tallahassee needed a weeknight weatherman. Right place, right time; timing is everything; etc. etc.

My days were jammed full between the master’s program, teaching, and TV work every night. Still, it was one of the best years of my life.

Shortly after graduation in the spring of 1980, Ted Turner launched CNN. I heard there might be a job there, so I whipped up a demo tape and showed up at the brand-new CNN headquarters in the basement of Turner Broadcasting in Atlanta. They hired me on the spot. The position needed to be filled immediately. Again, the timing gods were working in my favor.

Looking back on it, the whole episode seems illogically reckless. I was never sure my new career was going to work out, even when I got the weekend weather job at CNN. But I always had confidence I would find a way. If one door closed, another was sure to open. And they did.

My Louisville co-workers and mentors were shocked that I would throw away my promising career to pursue something as frivolous as doing the weather on TV. But after I became identified with Hurricane Andrew in 1992, they changed their minds. It turned out that every skill I had ever learned as a manager, a communicator, and a meteorologist all converged in that one event.

Who knew? Certainly not me when I flippantly decided to give weather a try.

After Hurricane Andrew, which hit South Florida in 1992, my focus narrowed from weather forecasting in general to hurricanes. I realized how ill-prepared we are for a significant hurricane hit. It doesn’t take a lot of imagination to realize that a repeat of any of the great storms of the past would be devastating today given the tremendous development along the Atlantic and Gulf coasts. My goal is to empower people to make good decisions for themselves and their families when a hurricane threatens.

Please see the previous essay. That’s what it’s about. 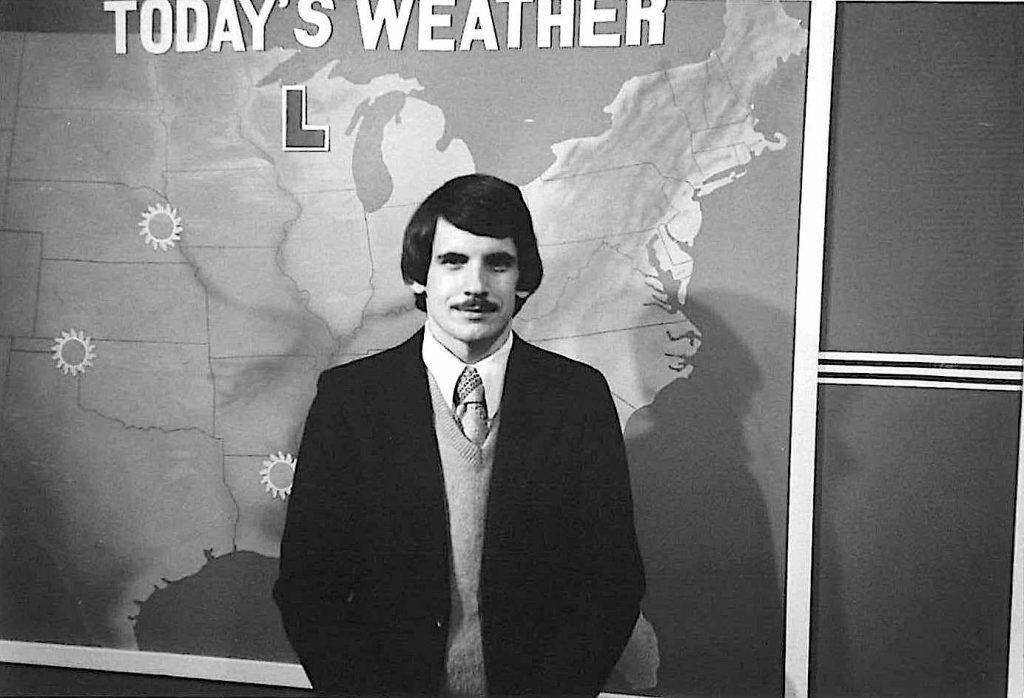 I was 17 years old when I got my first job in radio, working on the weekends at a small AM station near Melbourne, Florida. I had always wanted to be a radio announcer. Since I was 10, I had been absorbing the style and patter of the charismatic radio personalities of the day,

When I finally got a chance to be on the radio, I tried to sound like those dynamic professionals I had so enjoyed listening to. But I sounded fake. It wasn’t me, and it wasn’t good.

Years later when I started doing weather on TV, the pattern repeated itself, though to a lesser degree. I performed in front of the map like I thought a weathercaster should. It took me some years to find my groove.

The lesson is, emulating someone else or some idealized version of an announcer or a news personality will never be natural. The key is to find the version of yourself that communicates comfort and confidence. For an on-air personality, it’s not an easy lesson to learn.

Image Credits
The headshot image was taken by Las Olas Lifestyle magazine. I bought the rights to use it as my own discretion. You also have photos taken for VoyageMIA. The other 2 pics are personal picture. The B&W one was taken in 1980 in front of the weather map at my first weather job at WECA-TV, the ABC station in Tallahassee while I was getting my master’s. The other one is me being interviewed after Hurricane Andrew in 1992.