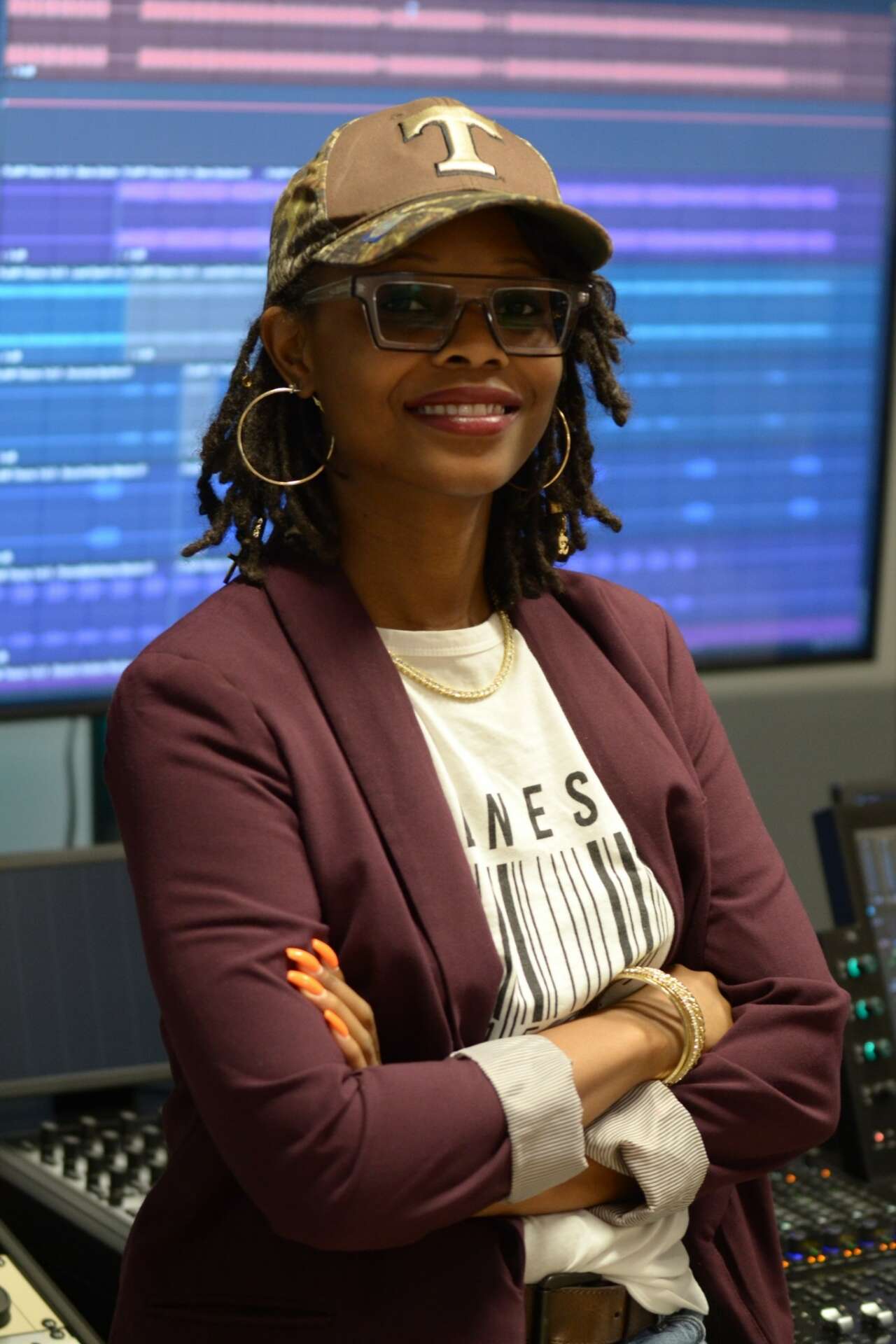 We’re excited to introduce you to the always interesting and insightful Ashley Smith. We hope you’ll enjoy our conversation with Ashley below.

Alright, Ashley thanks for taking the time to share your stories and insights with us today. How did you come up with the idea for your business?

I didn’t really plan on starting a label. I was actually working on podcasting and the music thing was something that fell back into my lap. Only thing was things started taking off really fast so podcasting eventually took a back seat! I initially started promoting shows to promote an artist I was working with at the time and that left me scrambling to come up with a company name, but I still wasn’t sure what direction I was going in. I was wearing multiple hats and financing projects to the point I was operating as a label I just didn’t see that way. I was just doing what needed to be done.

Ultimately the situation with that artist came to a halt, but I learned lot’s lessons and I had made so many contacts, so I decided to keep promoting shows in order to build a relationship the artists in the area, as well as build my own brand name. That gave me time to figure out what that I wanted to my company to look like. A record label that focuses on artist development!

Once the light bulb clicked for me I knew it would work. I’m not reinventing the wheel or anything. Motown is best known for it’s artist development and that label gave us some of the greatest artists and music of all time. I just studied that model and implemented what I learned and what I’m still learning.

Ppl complain about the state of music, but the problem I noticed that labels stopped developing artists and started signing whomever is popular on social media. There isn’t anything wrong with that in theory, however, the artists that we know and love went through hours and hours of training daily to become great. It’s almost like being an athlete. Michael Jordan put in hours of work outside of practice and game day to reach that level of greatness. It’s the same work ethic we see from ppl like Michael Jackson and Whitney Houston who trained day in and day out before they ever had a record deal. It’s said that it takes 10,000 hours to become an expert at something. I like think we train artists to achieve those hours. There is longevity in being a developed artist. Whereas being a viral sensation doesn’t always lead to long-term success if you can’t capitalize off of it. 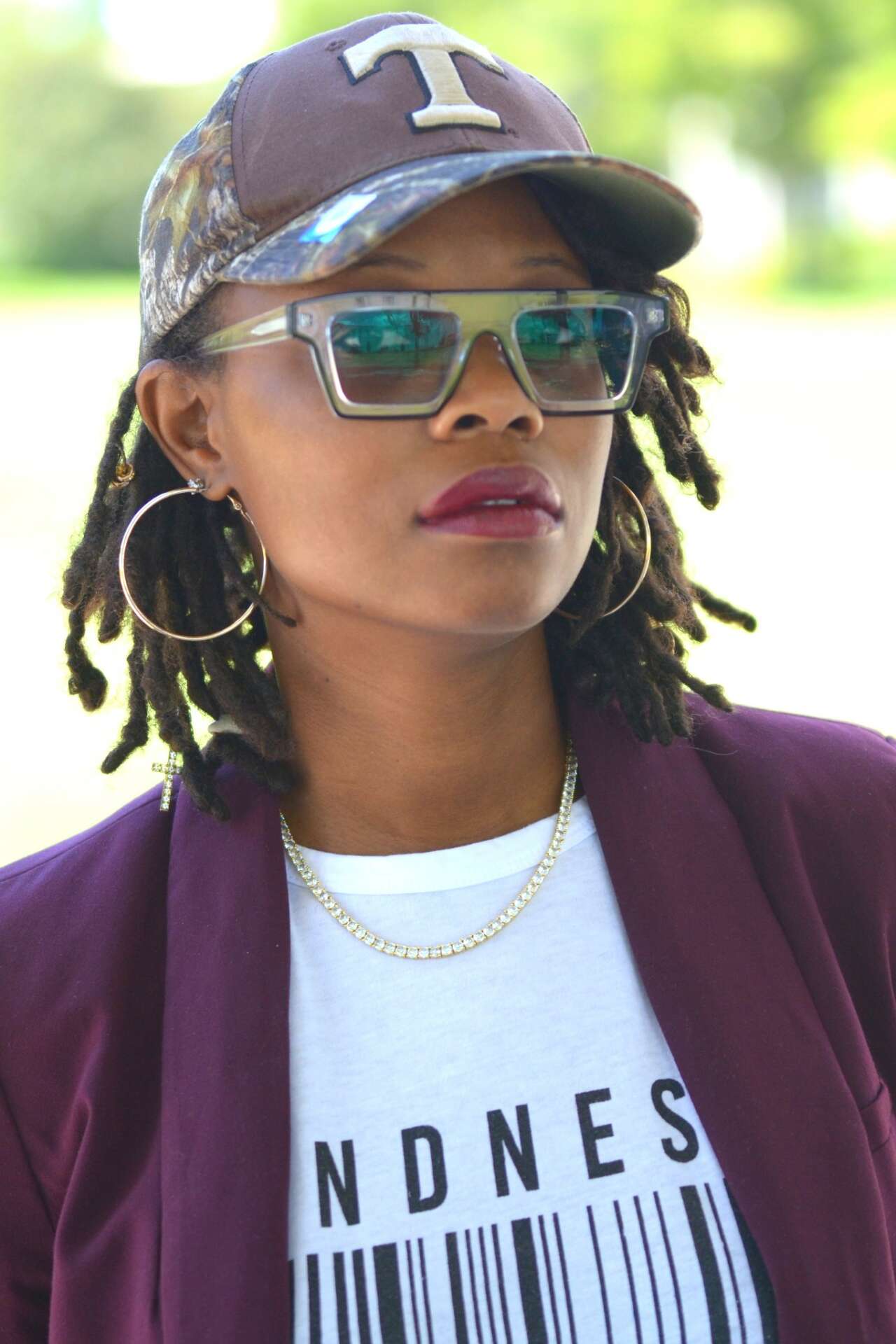 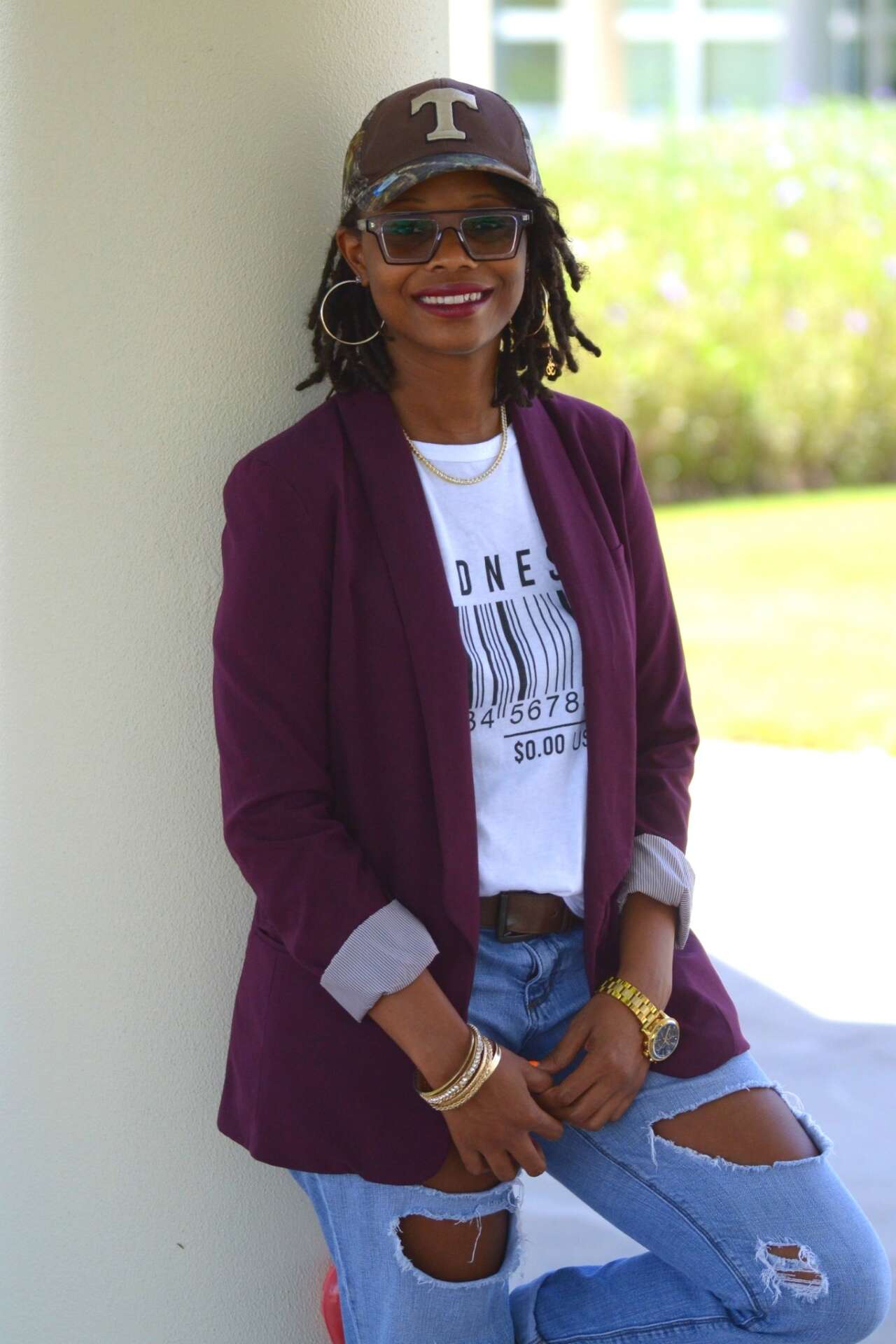 Ashley, love having you share your insights with us. Before we ask you more questions, maybe you can take a moment to introduce yourself to our readers who might have missed our earlier conversations?

When I was Growing up record labels were a lot cooler. In NYC You had Russell Simmons who was the CEO of Def Jam at the time who provided a larger platform for guys like Sean “Jay-Z” Carter, Damon “Dame” Dash, and Kareem “Biggs” Burke to promote their label Rocafella Records. We saw Sean “Puff Daddy aka P. Diddy aka Diddy aka Love” Combs rise to fame with his popular Bad Boy Records, while down south we had powerhouse labels like LaFace founded by, Kenneth “Babyface” Edmonds and L.A. Reid and So So Def founded by Jermaine Dupri. Notice the all male trend here? Although there were some female executives like Sylvia Rhone she wasn’t as visible as the guys.

There was nothing I wanted more as a kid than to work at one of these labels as an A&R. I would see pictures of Clive Davis and I thought he had to be the coolest guy in the room, because was friends with my favorite artists and I wanted to know “How do I do that?!” He even had his own label and is responsible for introducing Whitney Houston to the world! Owning a label never really seemed practical considering there wasn’t really any female representation. It seemed really cool, but it was definitely male dominated. However, the influence of those labels I named above and others like it, were so dominant in the 90s and early 00’s that they influenced just about everyone who wanted to be apart of the industry to start some type of a indie label.

In the early 00s a couple of my guy friends formed a label named 100Ent and I eventually I came aboard and received the title FIRST LADY. Mostly because I was the only woman in the room. I don’t really know what my official role was, I did some artist management, I built websites, and even started on the early wave of social media management on MySpace. Ironically I’m not a fan of any of those roles today, but I have always had the, “do whatever needs to be done attitude.” My parents instilled that kind of drive into my siblings and I as kids playing sports. In our house everyone wasnt a winner. Winners put in the work to earn their wins, and even then you may take some L’s. You just dust yourself off and keep putting in the work. I’m always striving to be the best.

My friends and I were in our early 20s back then in the small town of Chattanooga, Tn, so although we had a lot fun and made some pretty good music, things didn’t go as planned. We started getting “real jobs” and moving to different cities and eventually we just stopped. I still love all of those guys and I’m proud of their own personal journeys.

For me life took me to Orlando, FL where I graduated with a degree in Psychology with a focus on Behavioral Analysis and and even more detailed focus on criminal behavior from the University of Central Florida. That landed me a job doing social work where I was pretty miserable. My passion for music never really left so I still dabbled on the management side, but finding artists who have the same tenacity as myself was difficult so I quit and became a 9-5er. My best friend Renaldo Stewart whom is a crazy talented musician & producer and is now the head of production of the label told me that I would be back to the music and after about two years he was right.

I met a young lady who was super gifted singer-songwriter. I sent her demos to Renaldo and he immediately said he wanted to work with her. At the same time another friend of mine Joseph Ebanks who is a talented Director said he would like to shoot her music video. The only problem is they didn’t know each other, so that left me as the common denominator to run point this project, so I put on my A&R hat and got to work. I was back!!! Eventually things started clicking and Talented10th Entertainment was eventually born after some trial and error.

I chose that name for many reasons, but to giveva little context and history, W.E. De bois made the term The Talented10th popular in his published essay of the same name in 1903. The Talented Tenth is a term that designated a leadership class of African Americans in the early 20th century. I personally feel like artist and entertainers are leaders rather they like it or not, so we aren’t just developing artists, we are developing leaders. There were a few other nerd factors that went into choosing the name, but I’ll spare you those details for now.

We are a full service record label that focuses on helping artists and producers reach their full potential. I modeled the company after Motown who is known for their intense artist development program which enabled them to put out some of the greatest music and artists of all time. Because we follow Motown’s Ford factory model, we like to say we build Bentleys instead of Fords. Why Bentleys? Well Bentley’s take much longer to produce, but they hold their value for a very long time. Not only that they arent produced in mass quantity, every Bentley car and SUV is hand-built by trained artisans. From the engine to the upholstery. We put that kind of care into our music. 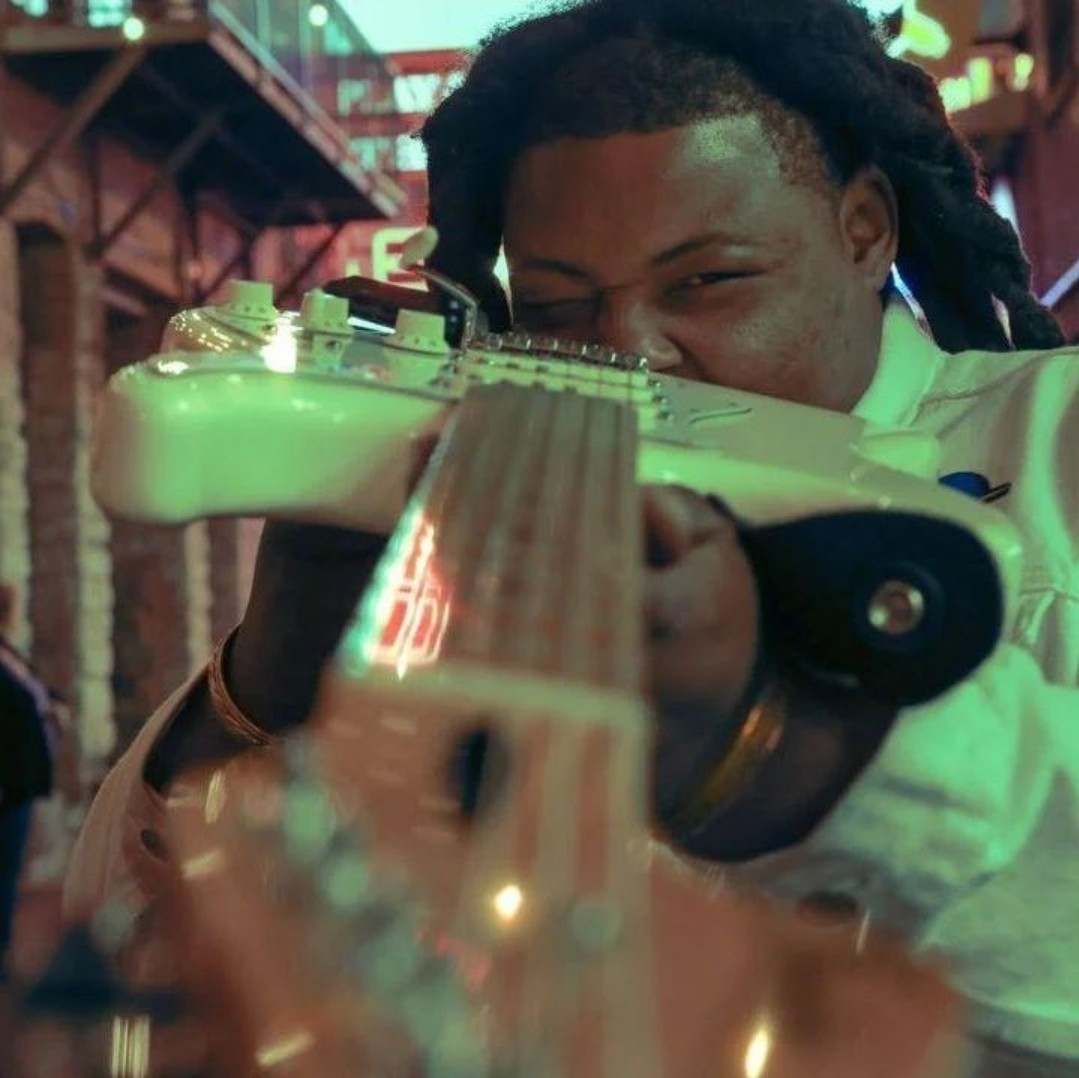 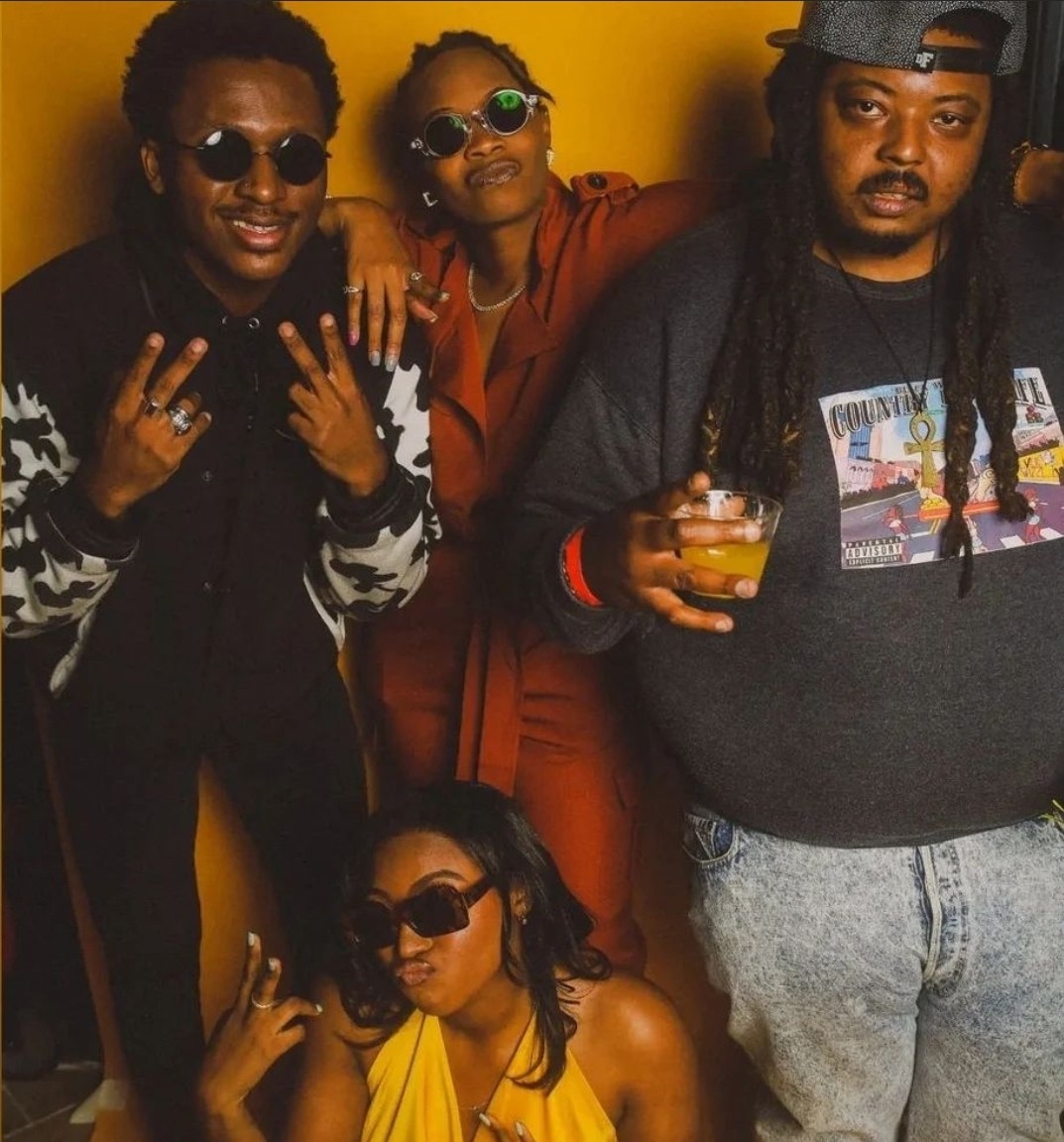 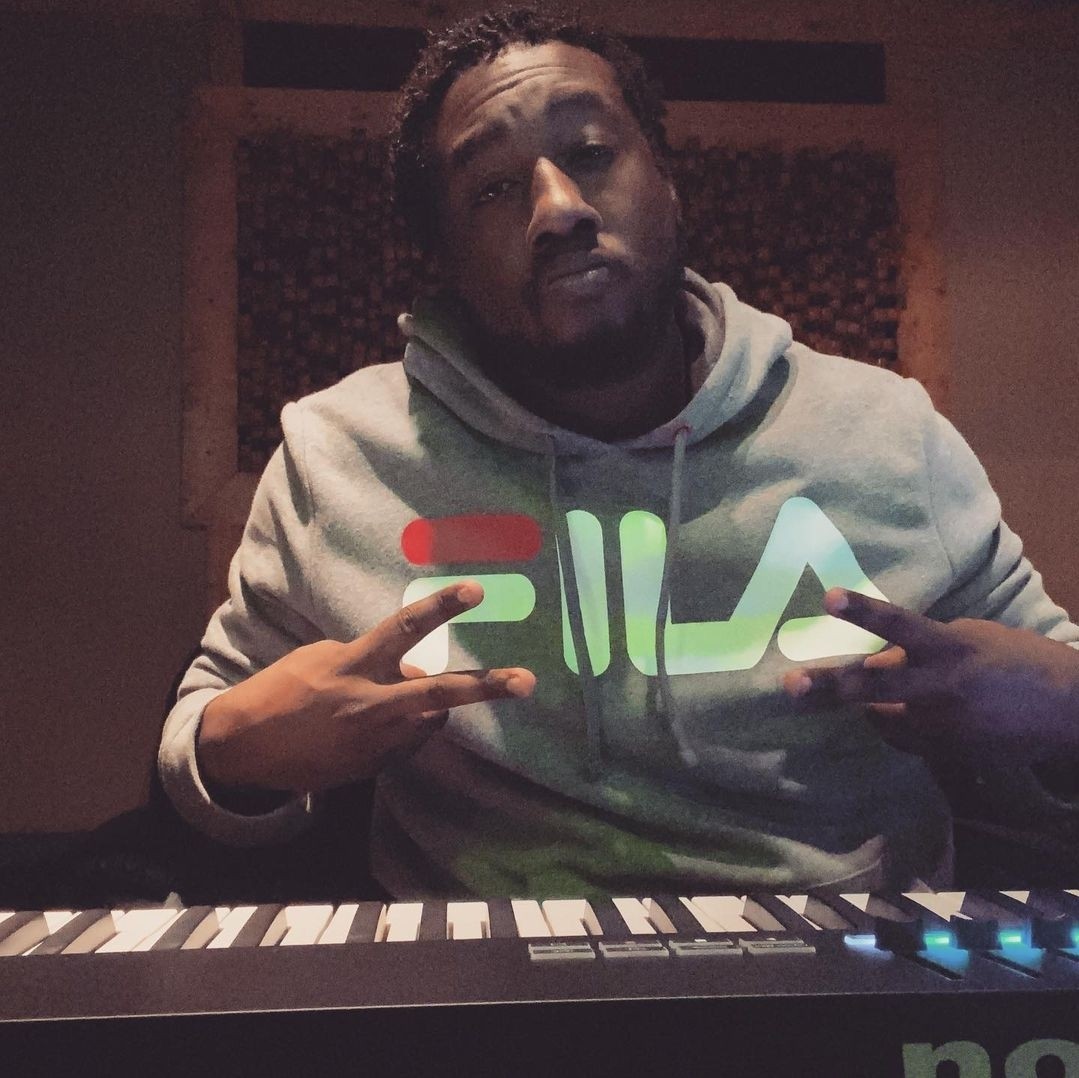 My business partner Renaldo Stewart is an absolute genius!!! We actually met debating religion on a Facebook post and it felt it was like us two against the world lol. We became friends and discovered a mutual love of music. We initally started working on music together virtually on video chat and eventually we met up and started working in person. He can take ideas and sounds I hear in my head and bring them to life musically. Which is very helpful when working with different artists. I can throw some ideas out there and he not only knows exactly what direction to take it, he takes it to the next level!! That’s my bestie!! 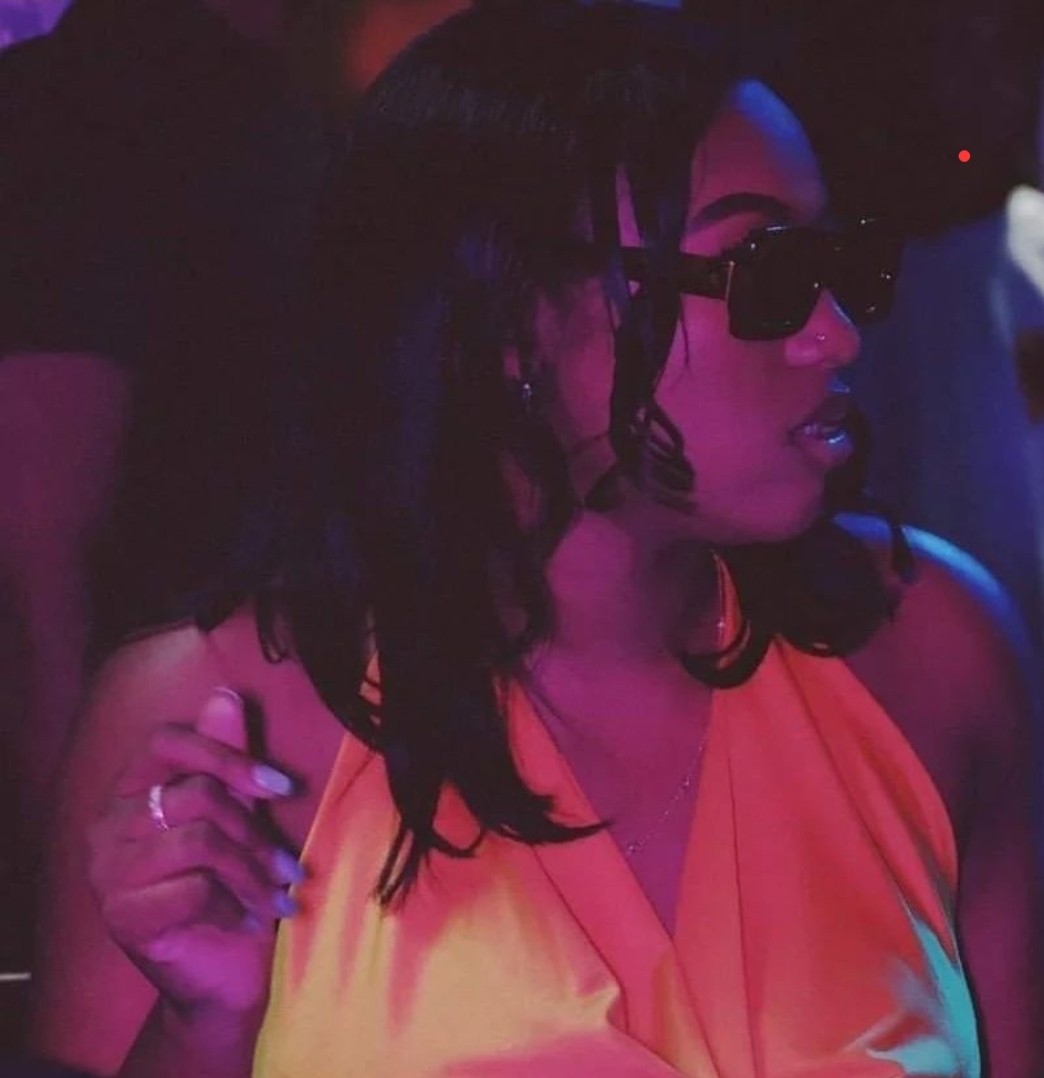 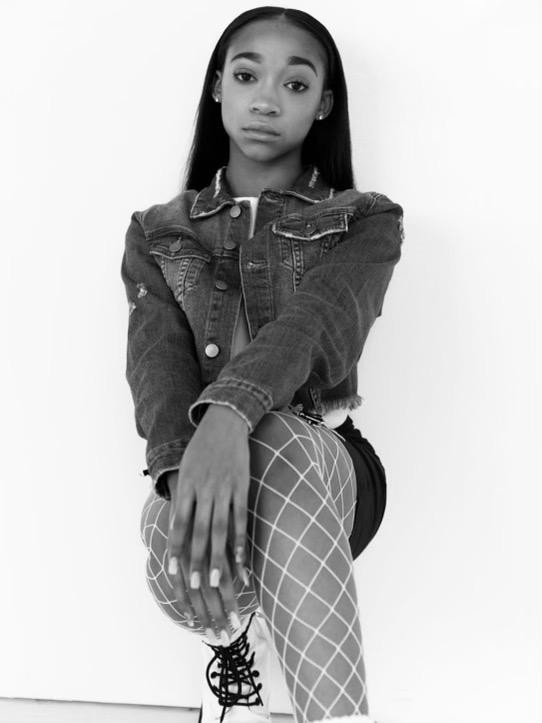 I believe that everyone in the entertainment industry should always be studying the ppl who came before them. I constantly read biographies, autobiographies and articles. I watch documentaries, biopics, listen to podcasts any type of source material about the entertainment industry. Those ppl have been through it already. I learn from their failures and attempt to perfect their successes.

One particular documentary that has made a major impact on me is “The Black Godfather” on Netflix. It’s the story of Clarence Avant the first black man to work in music publishing. He has a reputation for being a person of integrity. He is the person the big wigs call to settle major disputes, because they know he is going to br fair. Mr. Avant has pretty much had some impact on everyone in entertainment, and was even very instrumental in helping President Barack Obama win his first term. I strive to have that type of reputation in a industry that is known for being cut throat and shady.