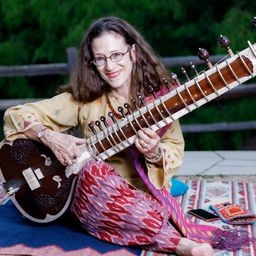 We recently connected with Amie Maciszewski and have shared our conversation below.

Hi Amie, thanks for joining us today. So, naming is such a challenge. How did you come up with the name of your brand?

Sangeet is the Sanskrit word whose original meaning is “the performing arts”–inclusive of music, dance, theater, dramaturgy, stagecraft, costumes, everything. In present parlance, it usually refers to music specifically. But I have chosen to embrace the original. Sangeet Millennium grew out of The India Music Society, a non-profit organization that I co-founded in Albuquerque, NM, in the late 1980s and brought to Austin when I moved there in 1993. That dissolved by 1996 when core members went separate ways. By the turn of the millennium, I began to call the new initiative Sangeet, then Sangeet 2000, and so on. In 2002 I came up with the new name, Sangeet Millennium, which, for me, encapsulated my vision and mission: non-commercial South Asian performing arts, traditional and new. 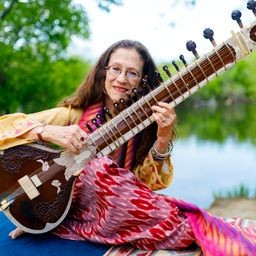 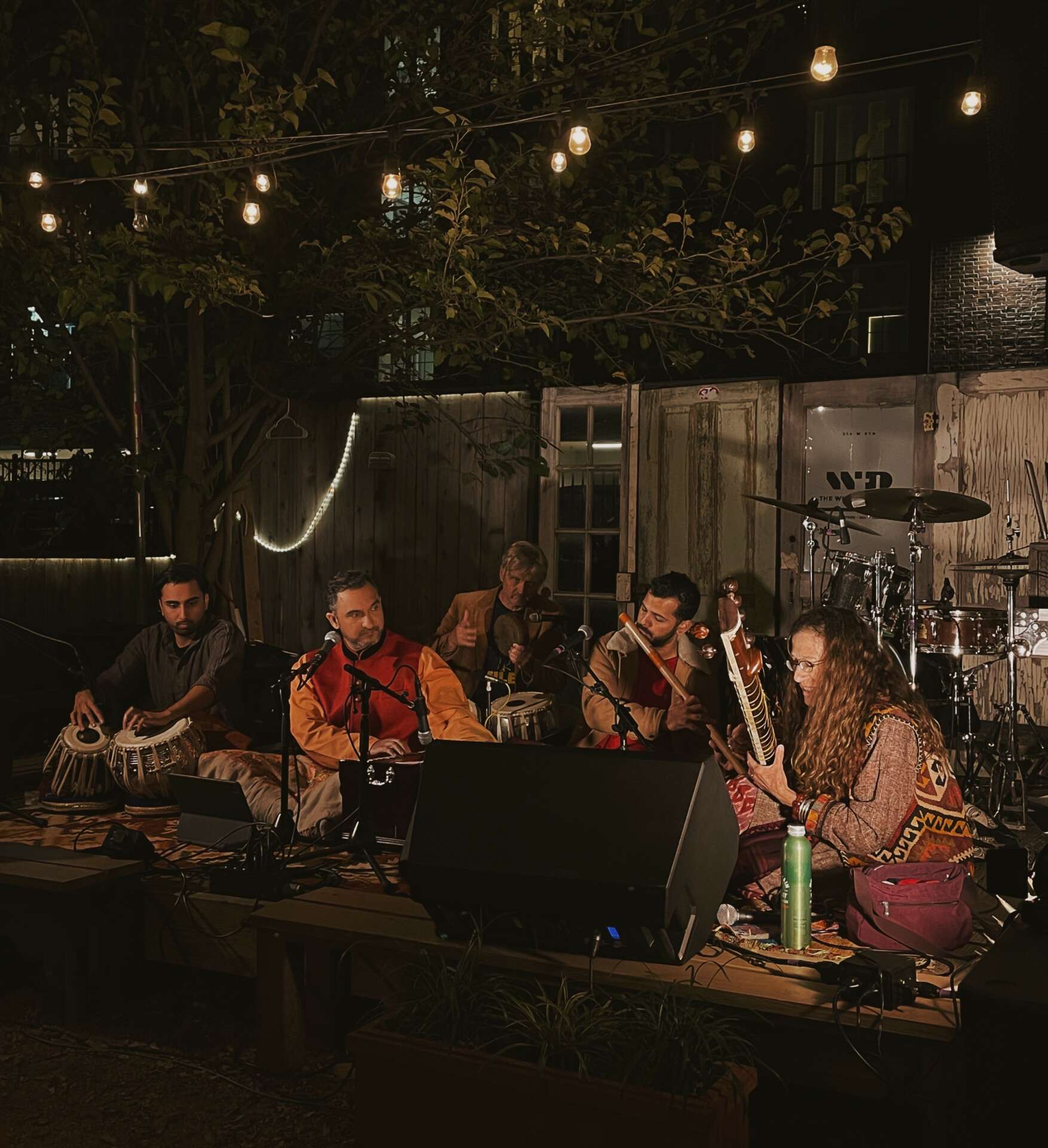 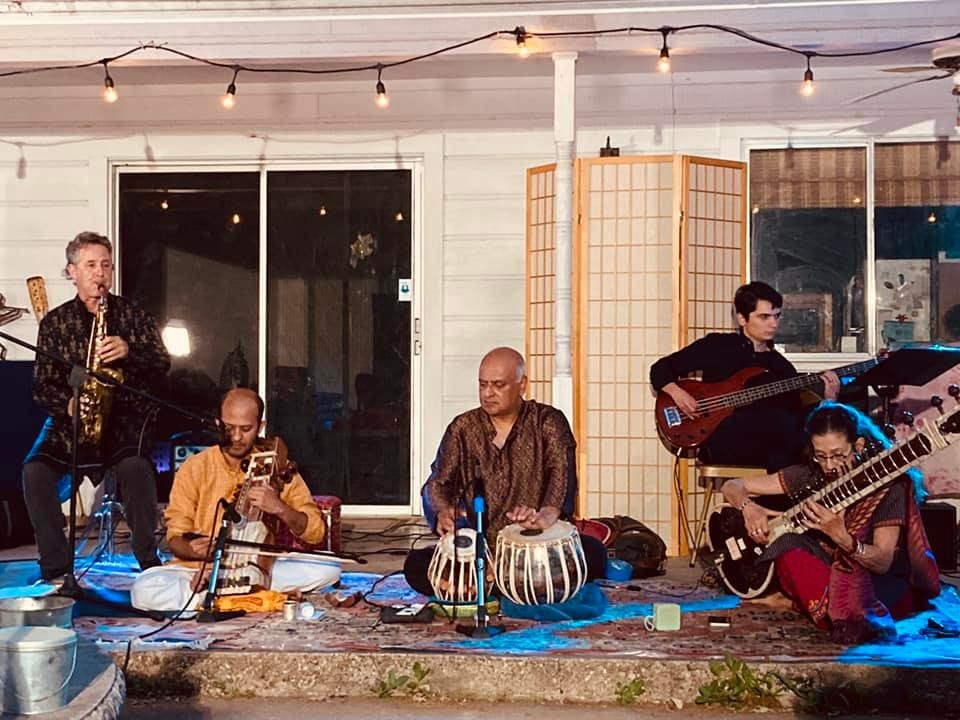 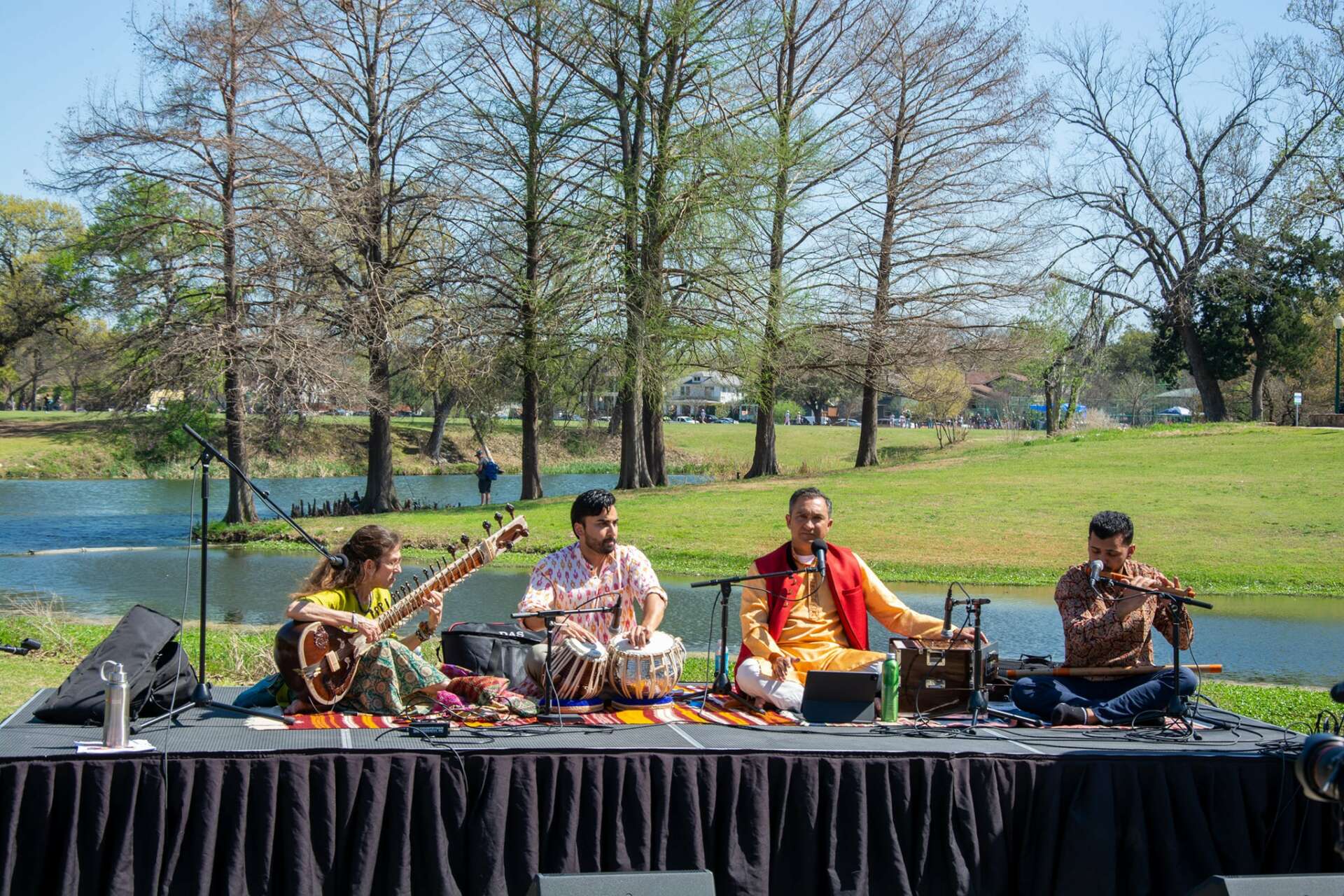 Amie, love having you share your insights with us. Before we ask you more questions, maybe you can take a moment to introduce yourself to our readers who might have missed our earlier conversations?

She is a multiple grant awardee from the City of Dallas Office of Arts and Culture (2017-present), receiving support for seasons of projects showcasing South Asian Music for the World and was selected for Dallas’s AT&T Performing Arts Center’s Elevator Project 2021-22 season to mount the multidisciplinary performance installation “Clear Light of the Void” in collaboration with Art Nomadic. She has been a juried artist on the Texas Commission on the Arts Touring Roster and Mid-America Arts Alliance. She served as Austin City Cultural Contractor (2000-13); Visiting Musician-Researcher at Sangeet Research Academy/Kolkata, India (2011-2015); and New Mexico Arts Division Artist-in-Residence (1986-91). She toured as music composer/performer with Oscar-winning script writer Jean-Claude Carriere for his Mahabharata production by Enacte Arts (2013-14). She received the Gandharva Award from Hindustan Art Music Society (2014- Burdwan, India) for her contribution to Indian music outside of India. Invited by the US Consulate/Lahore, Pakistan (2016), she completed a cultural diplomacy tour as sitar performer/teaching artist, felicitated by the Lahore/Mozang Rotarians for “using music as a tool for peace across borders.” Supported by an American Institute of Pakistan Studies grant (2018), she trained liberal arts faculty in Punjab and Khyber Pakhtunkwa, and conducted a teaching artist residency at National Academy for Performing Arts, Karachi. Fatima Jinnah University, Rawalpindi, hosted her ethnomusicology workshop (2019).

Passionate about the intersection of social and environmental justice, Amie has done extensive field research, published numerous scholarly articles and book chapters, and produced-directed three noted ethnographic films on socially marginalized musicians, two of them award-winning. Her 2010 film “Disrupted Divas, Conflicting Pathways” was recently featured in Brooklyn Raga Massive 2021 Social Justice Series. Using her music performance as a tool for social advocacy, she produced, curated, directed, and performed in four annual “Declare World Peace” festivals of global music and dance in Dallas (2016-20), supported in part by, among others Texas Commission on the Arts and City of Dallas Office of Cultural Affairs. She performed in the musicians’ section of Austin Dance India’s “Sacred Earth Stories” premiered in Austin in 2019 (supported by the City of Austin Cultural Arts Division and Rainforest Partnership) and produced the version remounted in Dallas in 2021 (supported by the City of Dallas Office of Arts and Culture). In 2010, she co-curated and performed in “Freedom Now,” a fundraising concert produced by the international NGO Guria-UK at Bharatiya Vidya Bhavan in London, UK, to benefit their home branch in Benares, supporting socially marginalized women performers. In addition, she facilitated and performed in numerous concerts with film screenings and discussions around the US and Canada to benefit Guria between 2002 and 2010.

She founded in 2006 and continues to direct the Sangeet Millennium Ensemble, an acclaimed collective of local, national, and international musicians who blend South Asian classical, folk, and devotional music with jazz and other world musics. Following Sangeet Millennium’s mission, the ensemble frequently performs in outreach contexts in underserved areas and emerging venues, including in schools (many of them rural and/or in low-income neighborhoods), senior citizens’ centers, and non-traditional venues such as community centers. The ensemble has three CDs to their credit. Currently based in Dallas, TX, she also offers lessons in sitar, Hindustani voice, and Raag Sangeet through her Sangeet Millennium Music Academy. 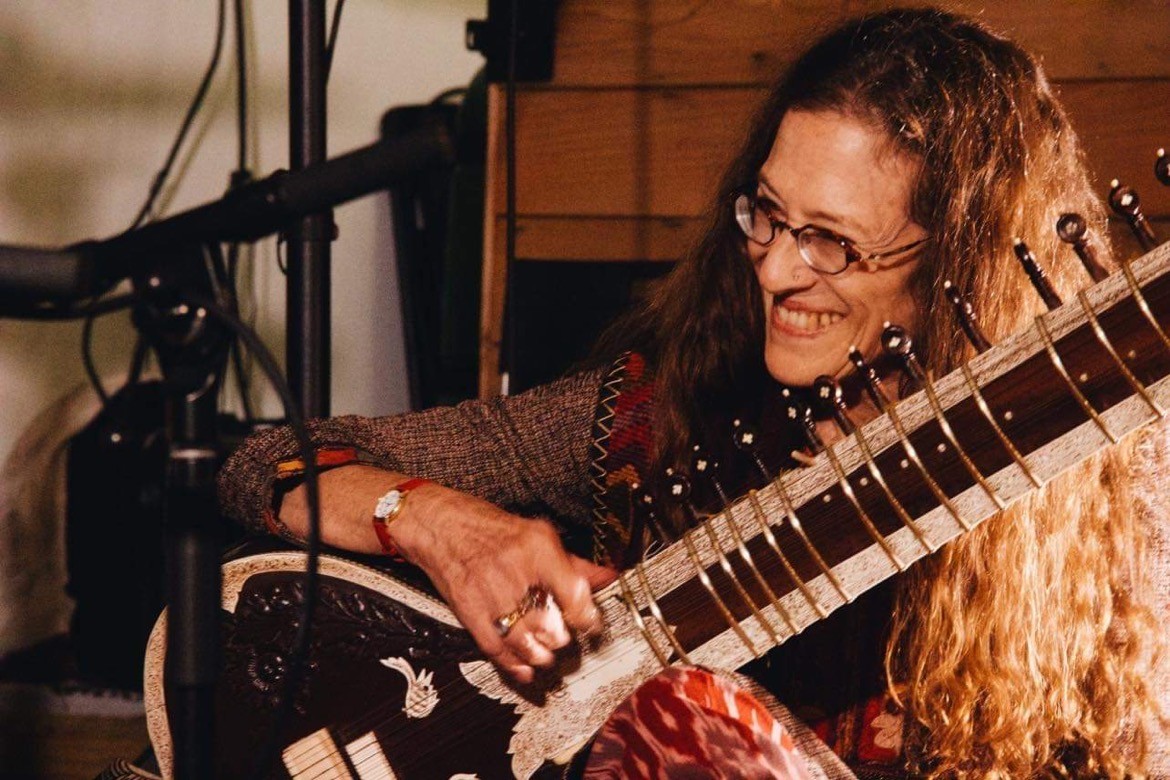 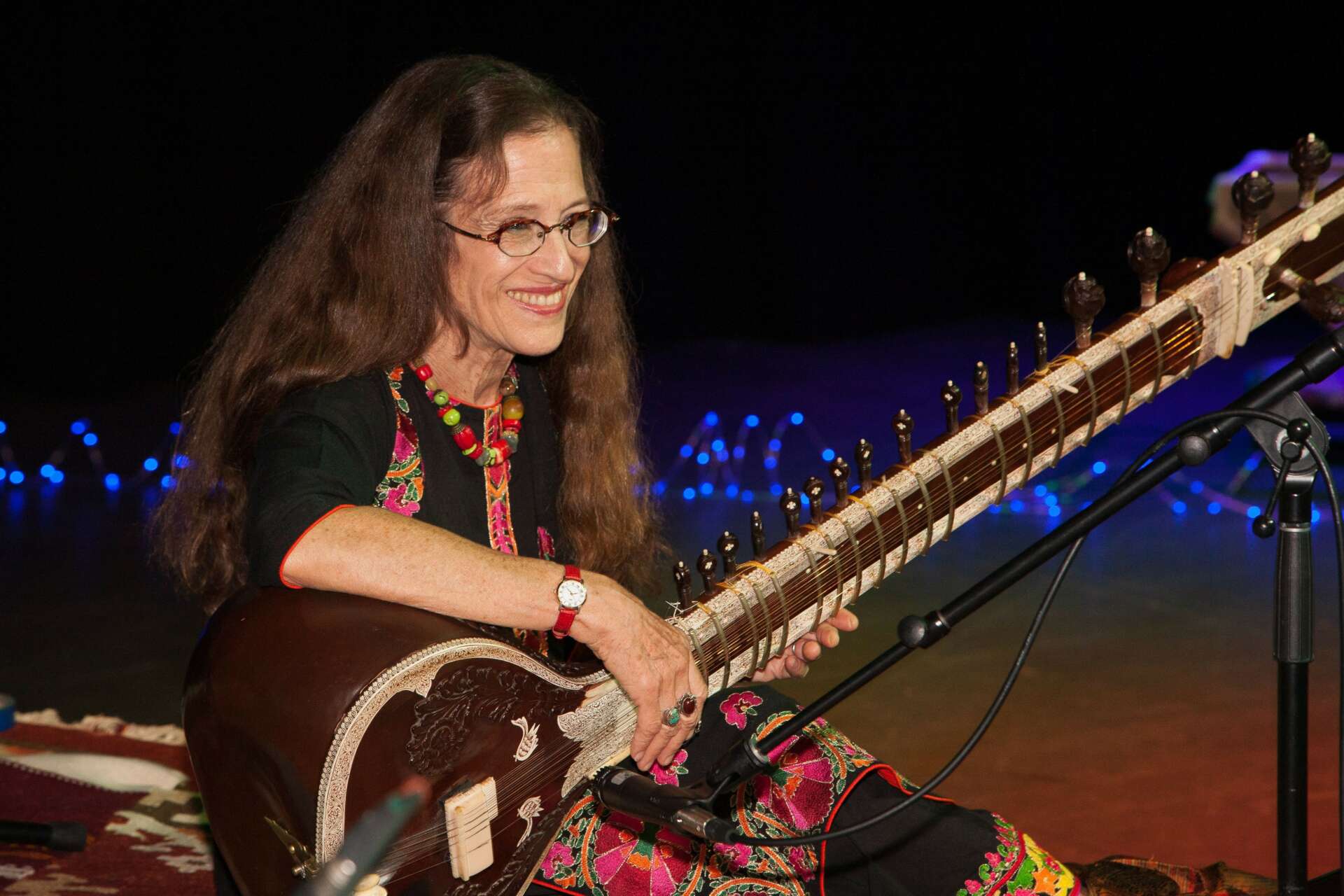 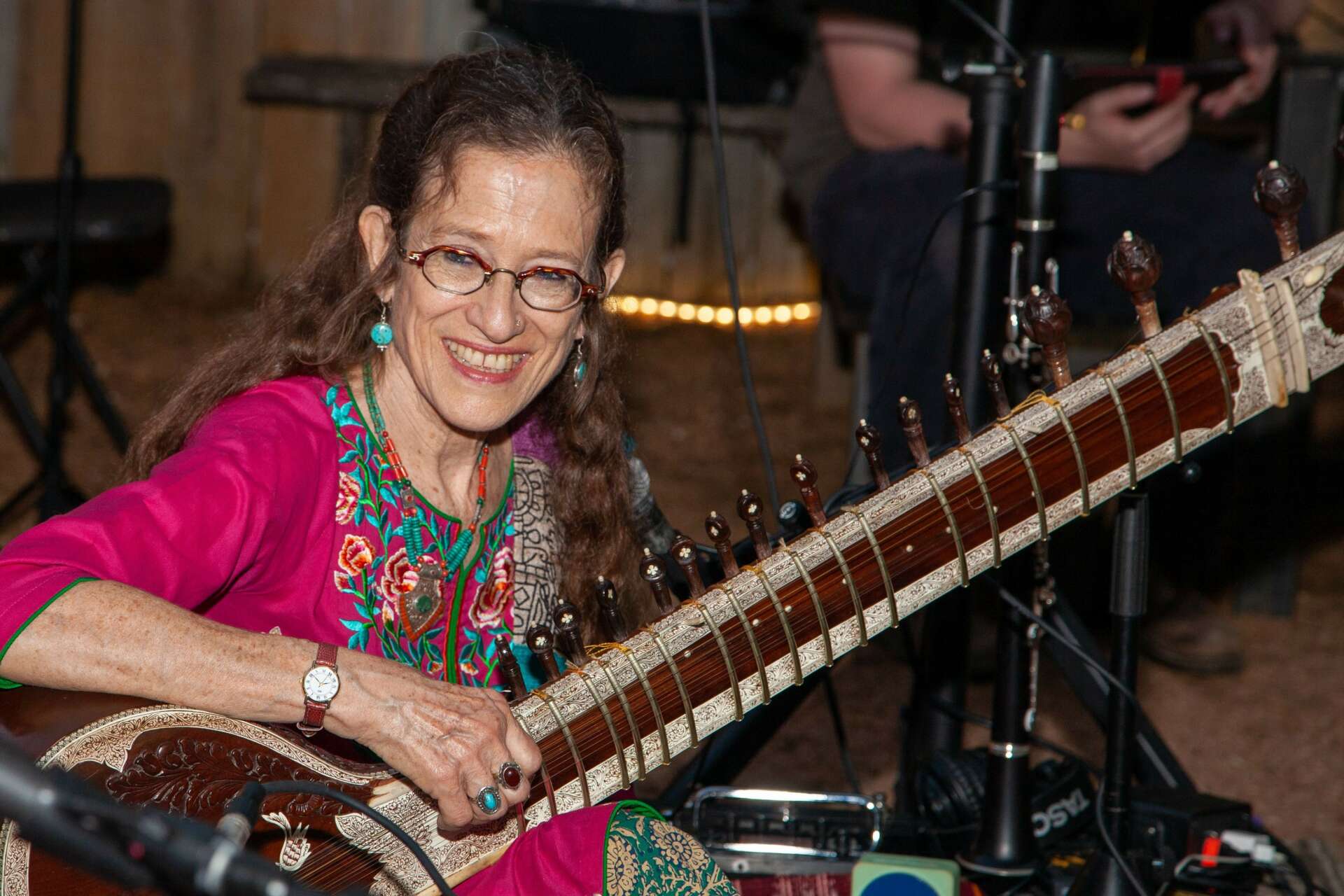 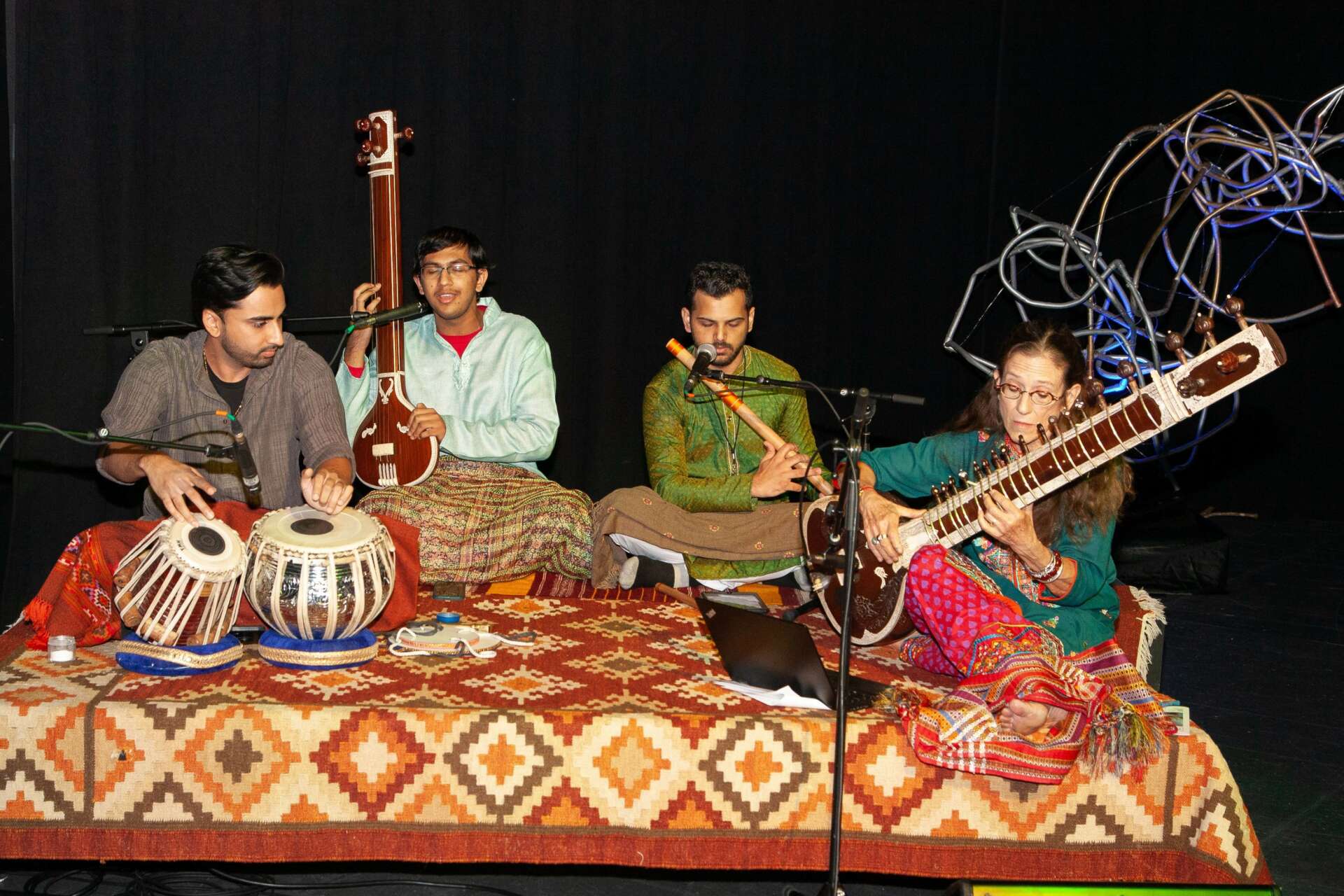 I work with the intention of establishing the music that I practice (traditional music of South Asia) as essential to the quality of life in my place of residence (currently Dallas, TX) and beyond. With this in mind, I assume the role of cultural mediator/facilitator between performers and other artists, students, lovers of the arts, and arts scholars from diverse backgrounds, generations, and abilities. I work to place culture at the core of a strategy that uses art to express varied, sometimes under- or misrepresented cultures, as well as social and environmental justice issues that we encounter.

Because I strongly believe that collaboration enhances artistic innovation, the mission driving my creative journey is to create work that brings together people from diverse backgrounds to both co-create and experience (as consumers) high-quality performing art that opens windows to both shared and varied perspectives, concerns, and aesthetic sensibilities. Through the exploration of the creative process and related social engagement by means of my art, I seek to promote intercultural connection with and sensitivity for those whose lives and worldviews differ vastly, The objective is to nurture tolerance, understanding, respect, and artistic engagement among both audience members and artists in the community.

An additional impact I hope to effect is a re-affirmation of identity for individuals in the audience who are members of the cultures represented through the music and dance I present, along with my co-artists. 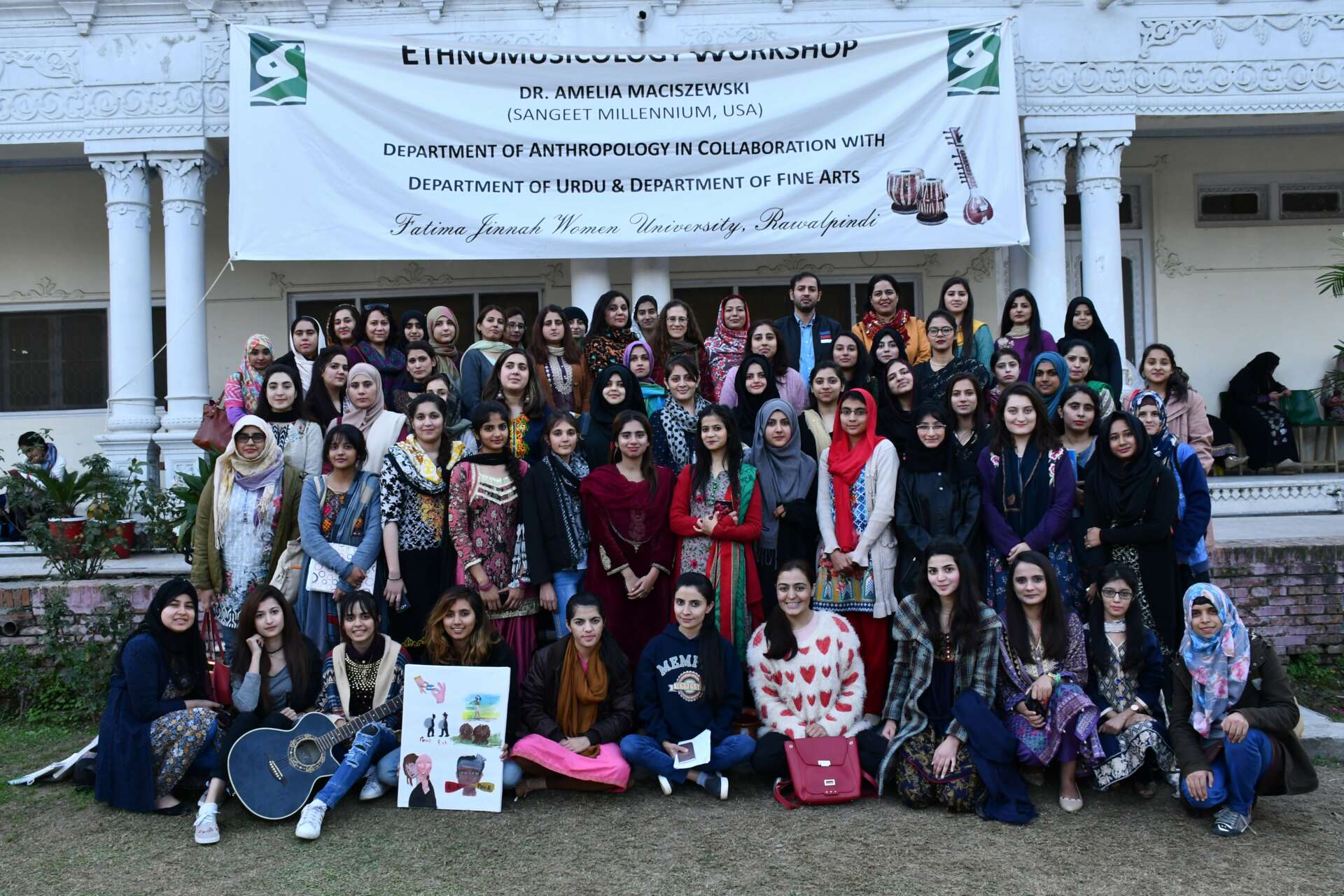 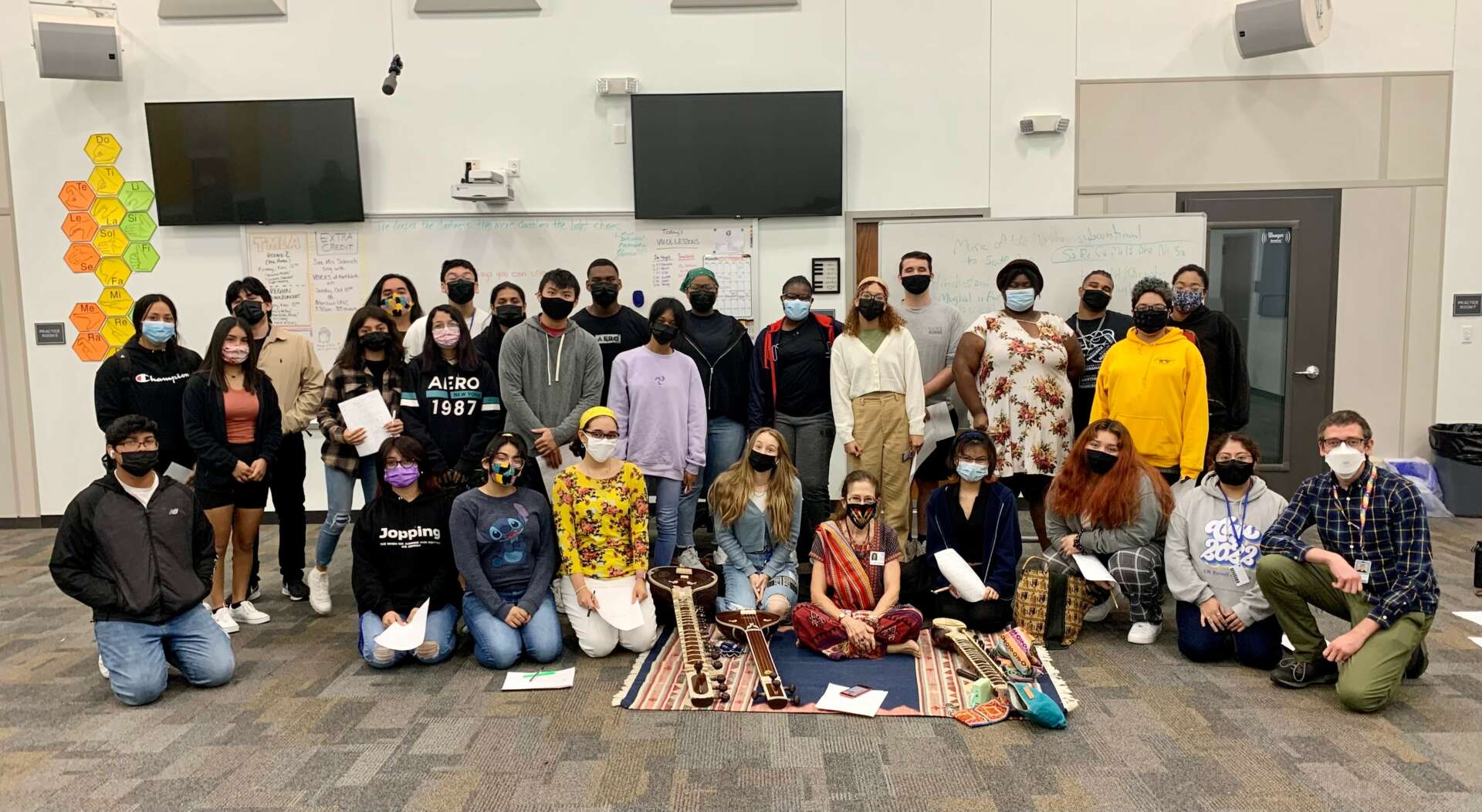 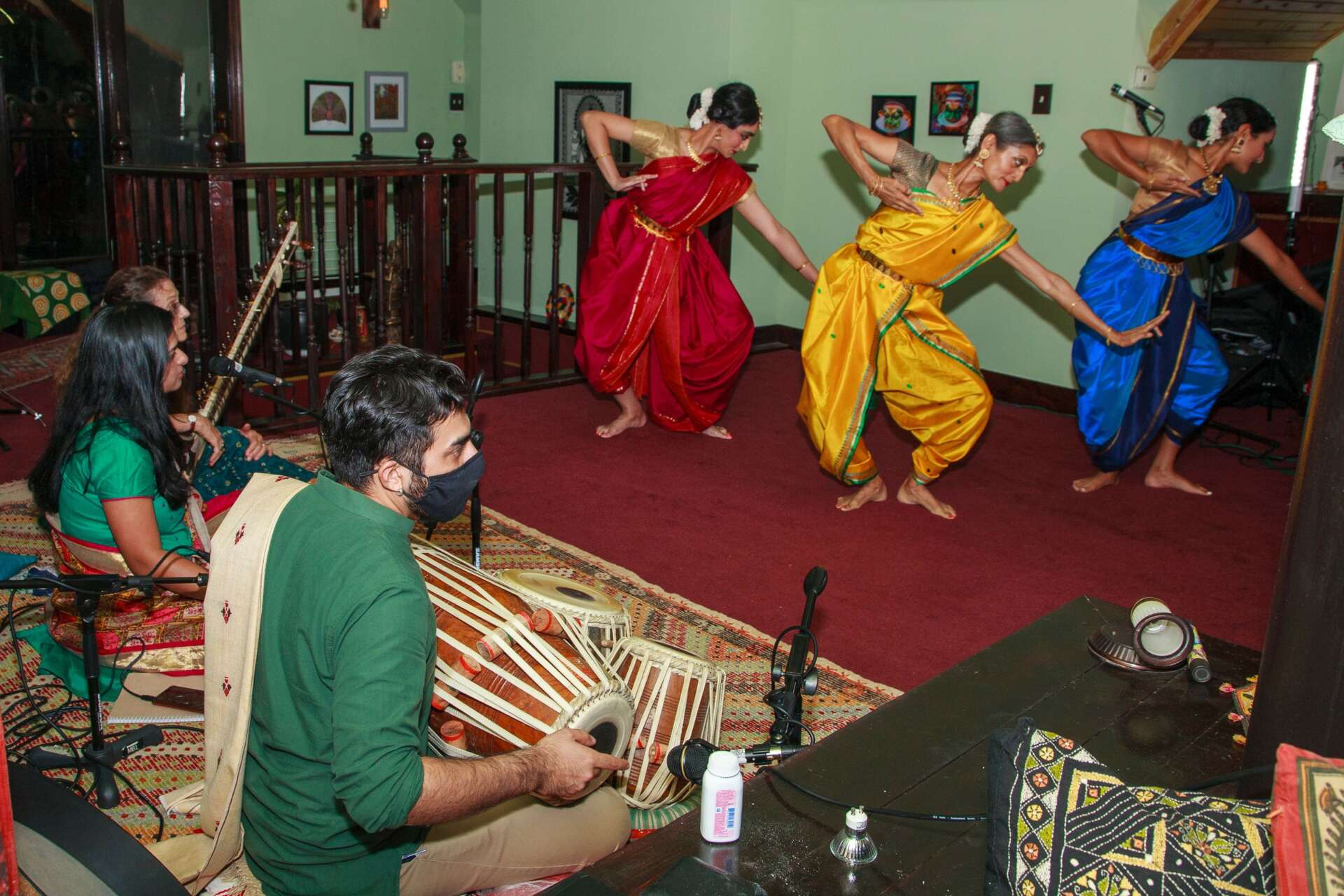 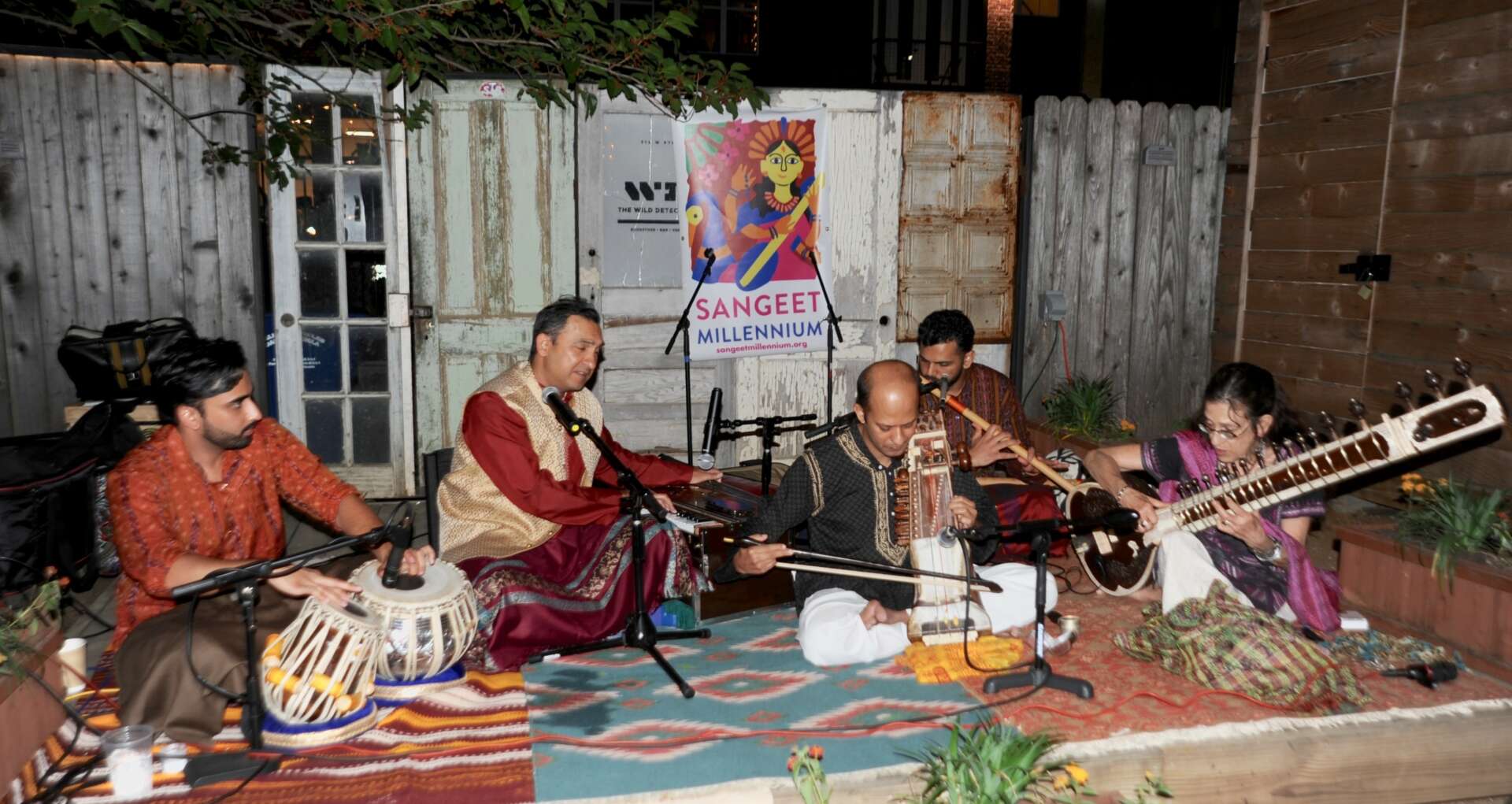 Anecdotes from my introductory decade of studying Indian music, most of it in India:

When I first began to study music in India in the late 1970s, there were several stereotypes about foreigners embarking on this long and arduous journey. One was that we couldn’t commit to the time it would take to attain even a reasonable level of mastery. Indeed, many bohemian travelers were attracted to the sound of sitar and tabla and set out to study either one or both, only to give it up after a few months for lack of time, money, patience, or all three. Then there was the question of grasping the aesthetic nuances, which are very different from those of western music. I was told by the chair of the Sangit Bhavan (Music Department) at Viswa-Bharati University aka Santiniketan, “In order to learn our music you must first learn to sing. But how can you, a foreigner, sing our music?” Next, when I was discussing enrolling in a degree program in Hindustani music specializing in sitar, I became aware that students had to take a second subject/instrument in addition to their main one. My main subject was sitar. The enrollment officer told me, “You can choose tabla, vocal, esraj (a bowed instrument), Manipuri or Kathakali dance. Well, you’re a foreigner, so you can’t sing. And you’re a girl, so you can’t study tabla.”

So, because I didn’t wish to study dance, my default subject became esraj. I had never played any kind of bowed instrument, so those first years trying to learn to play sounded really painful, which was hardly conducive to the process of learning! But I had a very kind and patient teacher, Pandit Ranadhir Roy, who taught me musical material that I could easily transfer to sitar.

I won’t get into details about the gender bias I faced in those early years of studying sitar. I was frequently having to not only prove my seriousness but also fend off what ranged from thinly veiled sexist remarks and actions to actual advances and harassment. That said, there were also enough supportive teachers (particularly my sitar guru of that period, the last Pandit Suresh Misra, and his family), and fellow students around to help keep me going. And my fascination with this music as well as my passion to continue learning it were unextinguishable.

A couple of years in, a small group of Japanese students (the largest population of foreign students in the town of Santiniketan, where I was studying) and I took beginning vocal lessons with one of the local instructors, then a junior faculty at the university. He had a beautiful, richly resonant voice. I made the mistake of trying to copy his voice production, ignorant of the fact that I should not try to sing in a man’s scale. (He didn’t tell me.) A couple of years of that resulted in my losing my singing voice for several years and later facing more than occasional disapproval from others about my attempts to sing.
But my desire to learn vocal music to complement my sitar playing continued.

Fast forward to the mid-1990s. I’m living in Austin, TX, working on a Ph.D. in ethnomusicology, and about to begin my fieldwork in India on gender and Hindustani music. I decided I would approach the renowned vocal diva Padmabhushan Girija Devi about taking vocal lessons. It was a bit of a leap of faith for me because of her renown and my fraught history with singing. The day I met her, in her home in Kolkata, I decided to level with her, saying, “Appaji [‘respected elder sister,’ as most people addressed her], many people say I can’t sing, but I deeply feel the need to. Would you consider teaching me?” She looked at me with her steady gaze and said, “You talk just fine. Who said you won’t be able to sing? Now go and practice scales for two months and come back!” So I did. The rest is history. She formally accepted me as her student in 1996, and I continued to learn intensively from her whenever I was in India, which was every year or two, until the year she died, 2017. Several of my guru “sisters and brothers” and I remain in touch, and I work with them on occasion to clear up confusion and doubts that I have about the material I learned. The same goes with my instrumental music guru “brothers” and “sisters.”

The music I practice, teach, and advocate, is about the journey, not the destination. It continues . . .