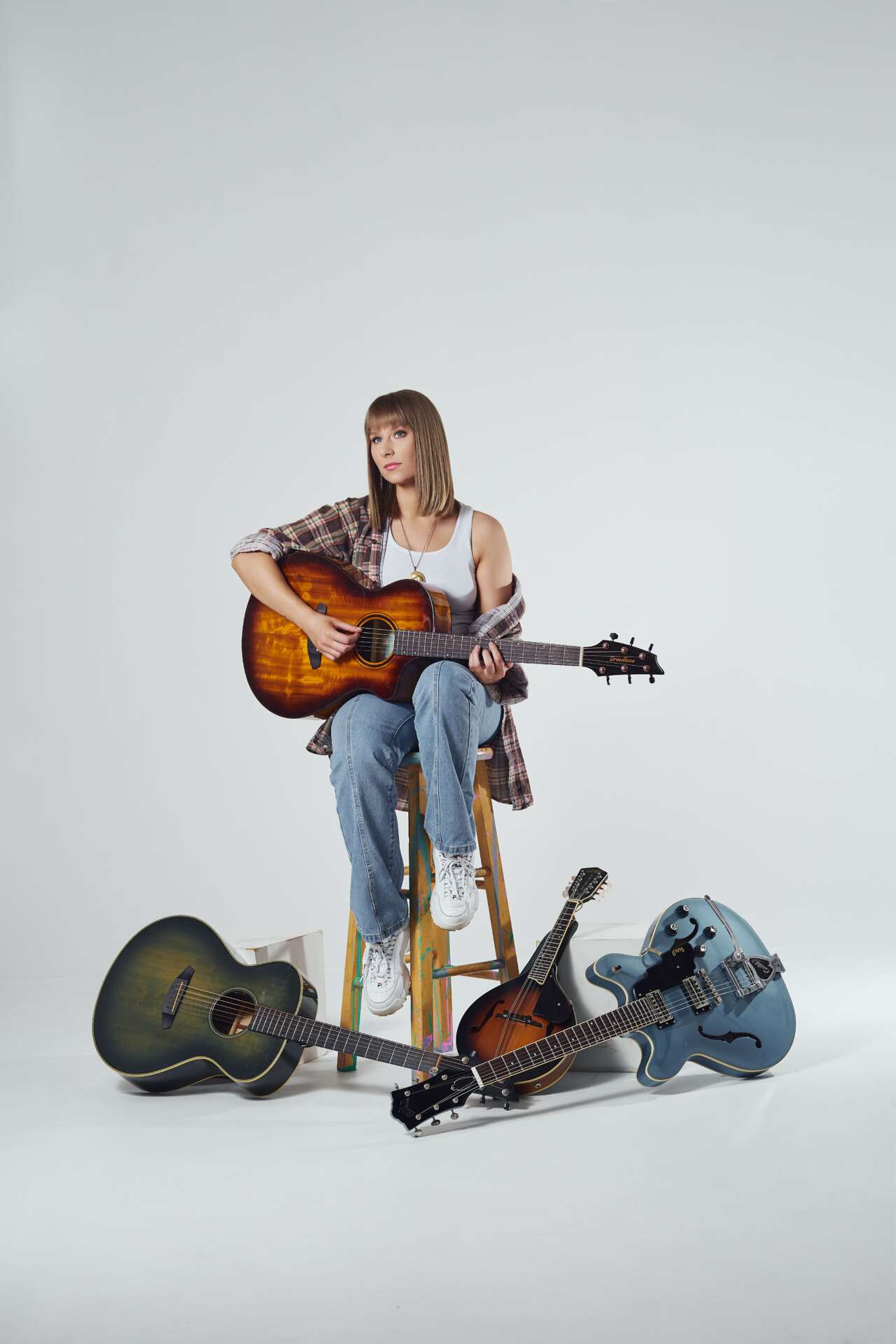 We were lucky to catch up with Alyssa Trahan recently and have shared our conversation below.

Alyssa, thanks for taking the time to share your stories with us today Have you been able to earn a full-time living from your creative work? If so, can you walk us through your journey and how you made it happen? Was it like that from day one? If not, what were some of the major steps and milestones and do you think you could have sped up the process somehow knowing what you know now?

Yes! It wasn’t always that way, though. When I first moved to Nashville, TN, I had just graduated college and needed to figure out how to make money to pay my bills. I started out making most of my income playing shows, mostly in Nashville and on trips back to my hometown in western NY, and studio work as a demo singer. That made a big dent but didn’t fully cover the bills. So I had to take on some side jobs here and there to make ends meet. I spent some time selling coffee machines, editing audiobooks, walking dogs, and other things but none of them fulfilled me as music does and I knew I had to find a way to make music my full-time occupation. My shows got bigger as I moved forward in my career, I started getting brand sponsorships and such, but what finally put me over the edge of making music my full-time job was starting a demo business. I had always done my own demos and production work, I actually went to school for it, but never really thought of making a business out of it until some friends suggested it. I took their advice and because of that, I’m able to make a full-time living off of my music.

If I could go back, I would probably tell myself to start taking the production side more seriously sooner. I thought it was just a way to produce my own music and save some money by doing it myself. I never thought it would pay my bills. It’s also been a huge part of some of my biggest successes in my career. 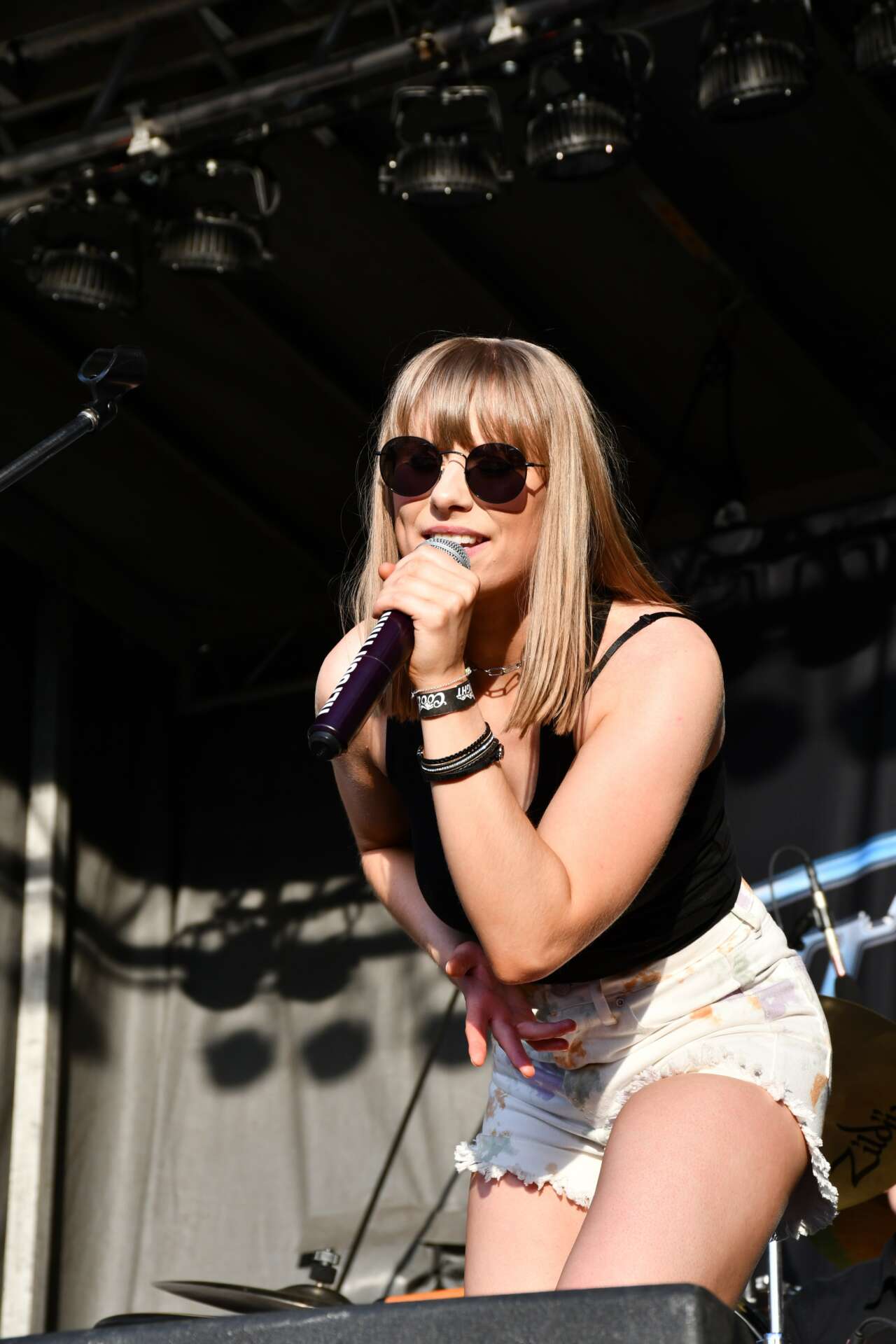 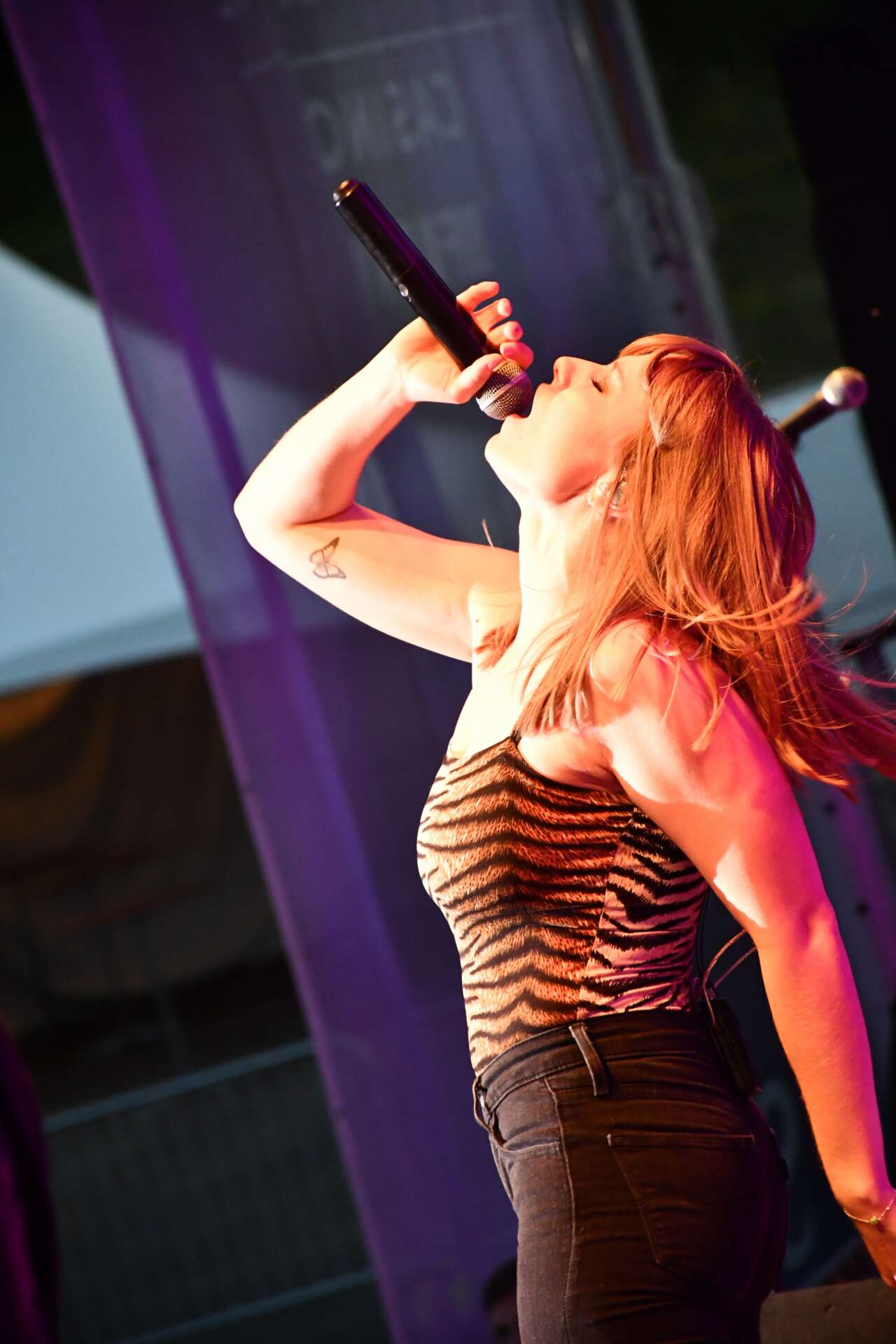 My name is Alyssa Trahan and I am a country artist, songwriter, multi-instrumentalist, and producer based in Nashville, TN! I wrote songs in my head for as long as I can remember, I thought all kids did that! But then I found out they didn’t and I was doing this thing people called “songwriting”. I would make up little songs and melodies and write them down or record them on little tape recorders, but I had no way of putting music to them. I saw my favorite artists playing guitar, so I knew I had to play guitar, too. My dad played around the house every night, so I asked him to teach me when I was 11 years old. He taught me a few chords and it snowballed from there! I started playing and writing constantly, I would write a new song every day in the summer. That led me to play local gigs and record my original music in studios around my hometown when I was a teenager. I didn’t know I was writing country music until I heard the likes of Taylor Swift, Carrie Underwood, The Chicks, Faith Hill, and Shania Twain on the radio. Then it all clicked.

Eventually, I heard about this magical place called Nashville when I was watching TV programs about country artists. They all said it was the place to be, that you had to be there if you wanted to make it in country music. I knew I had to get there. So, I asked my parents to take me to Nashville on a family vacation one summer. They said yes, and the second I stepped foot in Music City, I felt this overwhelming feeling that I belonged there. I played my first open mic there when I was 15. We went back home and I continued writing, playing local gigs, and recording original music. After a bad experience at a recording studio, I taught myself how to produce in Pro Tools. I was obsessed with it, watching tutorial after tutorial, reading tips and tricks online until I couldn’t keep my eyes open anymore. I locally put out my first record at 16 years old, with 6 totally self-produced songs on it. I also taught myself how to play things like mandolin, harmonica, ukulele, and some other instruments when I wanted them on my songs. I didn’t know anyone who played those things, and I had no money as a teenager, so I convinced my parents to get me cheap starter instruments and teach myself!

When I got a little older, I was itching to get back to Nashville. I convinced my dad to take me back on “business trips” so I could start networking. We took a week-long trip every few months for a couple of years. Every single person I met in town told me “if you want to make it, you gotta move here”. Then in 2016 I finally made the move. Since then, I’ve been writing, recording, producing, and performing every single day. It’s been crazy, it’s been incredibly challenging, but it’s been amazing. I’ve gotten to open for some of my favorite artists including Jake Owen, Maddie & Tae, Charlie Daniels, Sara Evans, Josh Turner, Chase Rice, Tanya Tucker, and many others. I’ve gotten to write with songwriters who wrote some of my favorite songs. I’ve had a top ten selling album, which was self-produced. I’ve had music on CMT, American Songwriter, Jimmy Kimmel, The Young and the Restless, and more. I played at my top dream venue back in my hometown. I’ve crossed off so many bucket list items and if 11-year-old me saw me now, she’d scream.

Nashville is a hard town, there are so many incredible artists, songwriters, and producers. It was a wake-up call when I got to town. I had to learn how to stand out. I think the biggest thing for me has been carving out my own path and not following what others have done. Being my own producer, being unapologetic about who I am and what my sound is, staying true to me no matter what. I am truly proud of that little girl that dreamed of this life I’m living now. It isn’t perfect, and it’s not easy, and there’s so much room to grow, but in my eyes, I’ve made it. 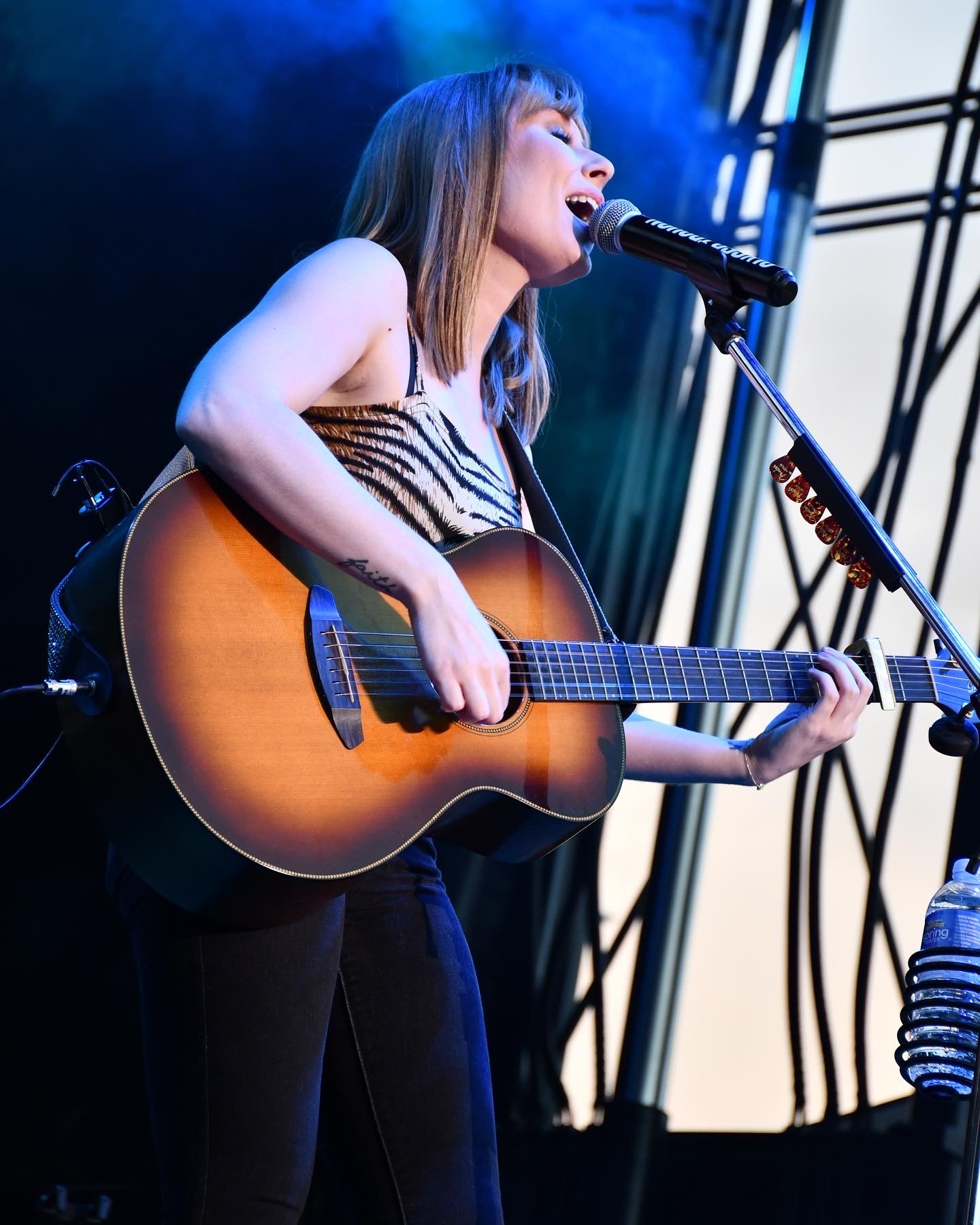 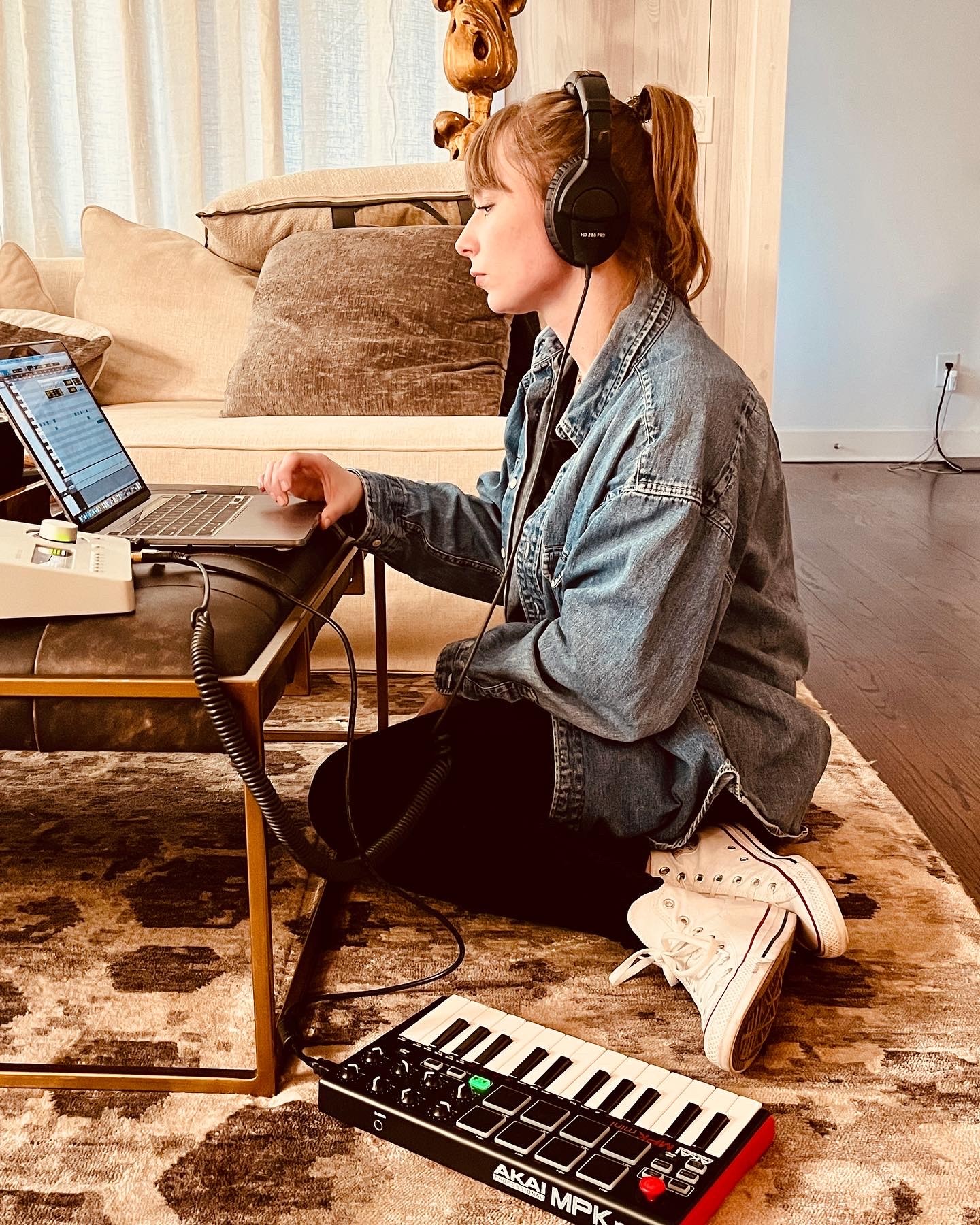 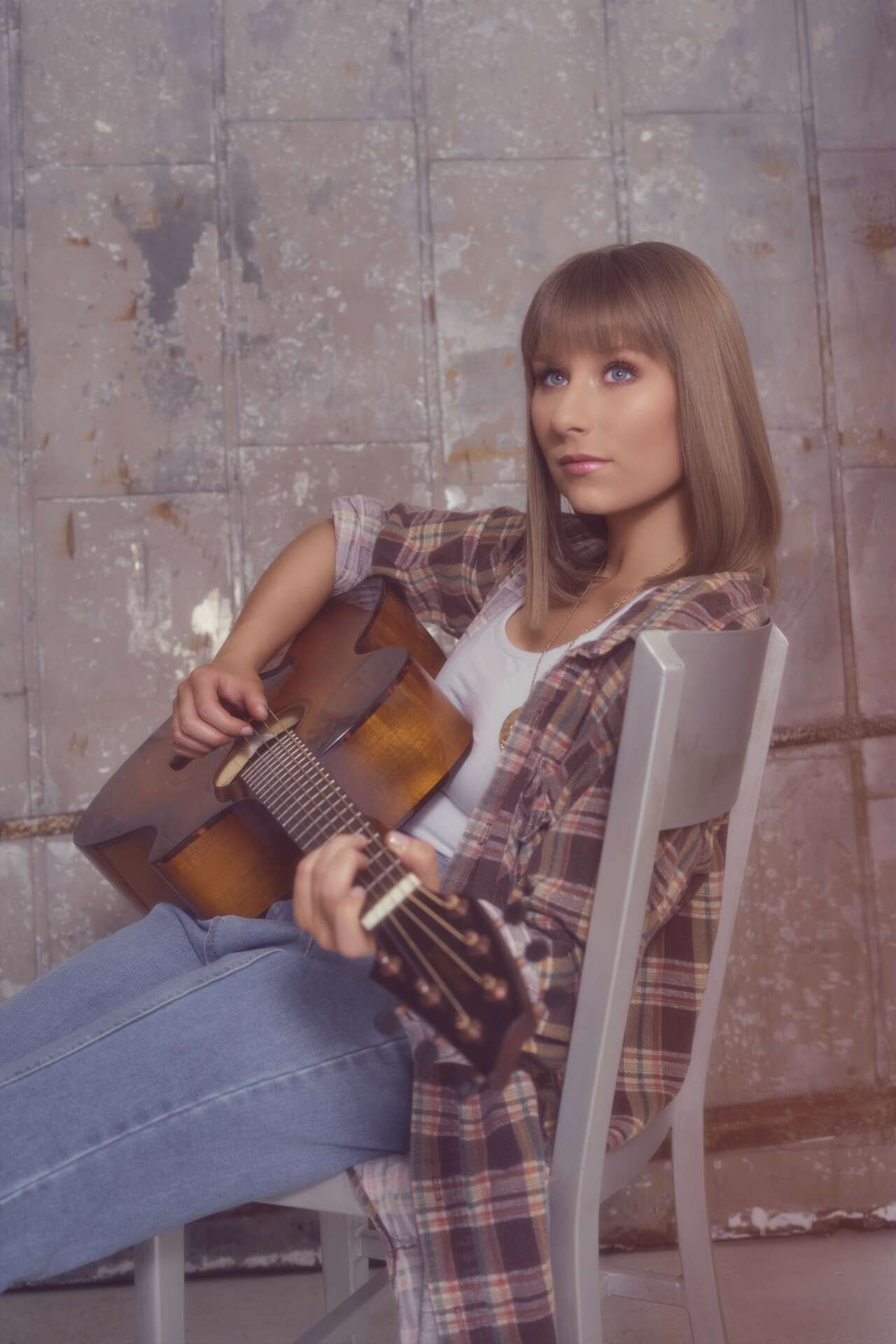 When I was just starting to record my original music in recording studios, I had a bad experience that is 100% the reason I started producing music myself. This producer didn’t get my vision for my music. He tried taking it in a different direction than I wanted and it seemed like he purposely took a long time with my tracks so I’d have to pay more money (which I didn’t have) because he charged hourly. I wasn’t demanding or difficult (and I was only 15) but he refused to do things how I asked. I got aggravated and watching him work, it didn’t look terribly hard. I understood what was on the screen, it made sense to me.

One day, while we were working on a song, he wasn’t getting what I was trying to say, which seemed very simple to me. I told him how I wanted the part he was editing. I sang exactly how it was supposed to go so he could match it. He got annoyed with me after a while and said “ok, you do it then”. I sat in the chair and edited the track exactly how I wanted it with no prior knowledge of the program or anything.

After that, I asked my dad if I could get the recording program and try producing my music myself. He was always with me in the studio, so he saw me edit the track and was aware of what the producer was doing. He said yes, we got the program, and I taught myself how to use it via YouTube tutorials and chatrooms. I would spend hours on end learning it day after day. I got good enough at it that half of the album I was making at that studio ended up being self-produced. I later had industry professionals tell me my tracks were better than what we did at the studio.

After that, while pursuing my artist career, I went to school for music recording. Fast forward to me living in Nashville, I have produced my own top ten selling album and produce music for other artists regularly. My production skills have gotten me some of my biggest career opportunities and I know I wouldn’t be where I am today if what happened with that producer never happened. 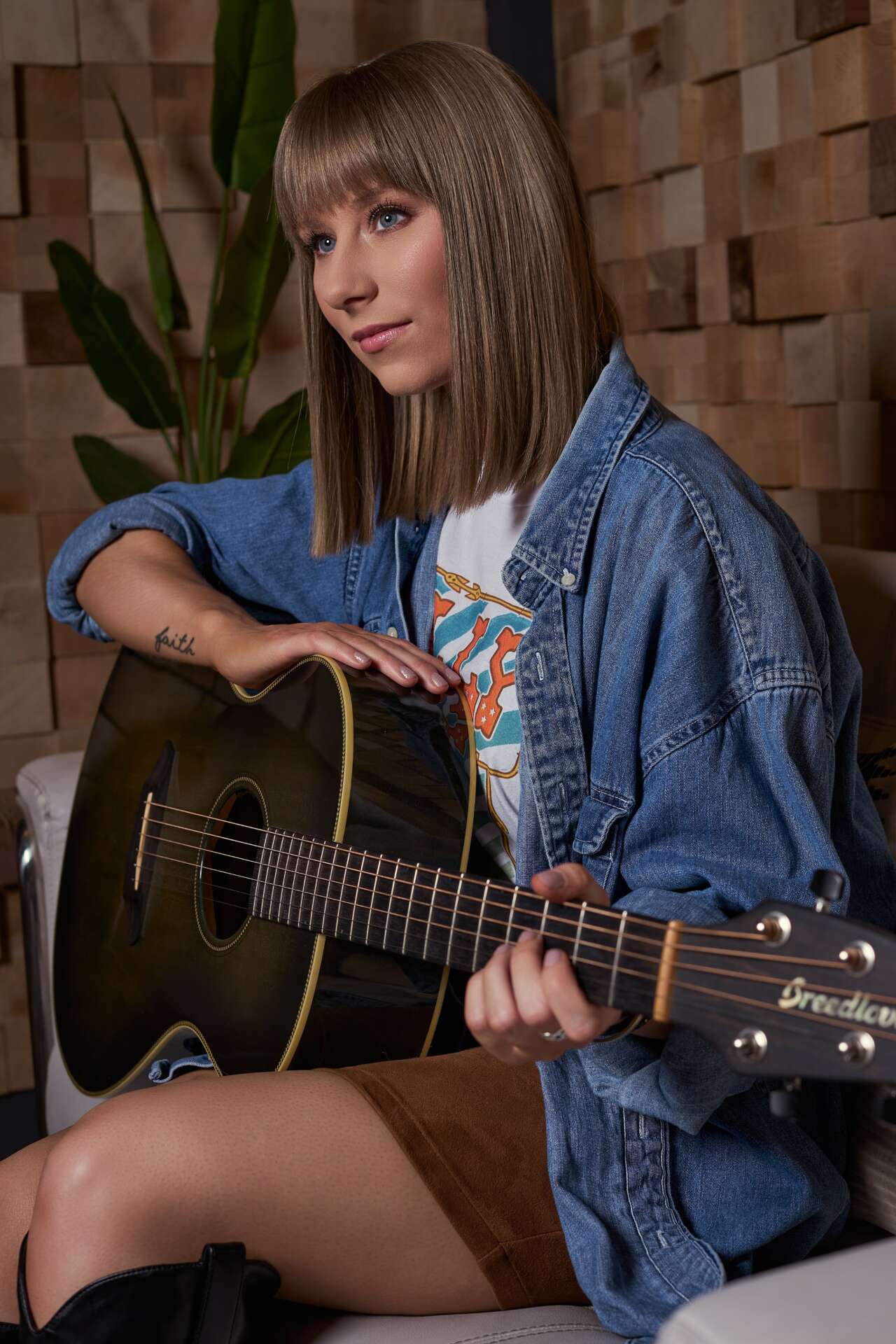 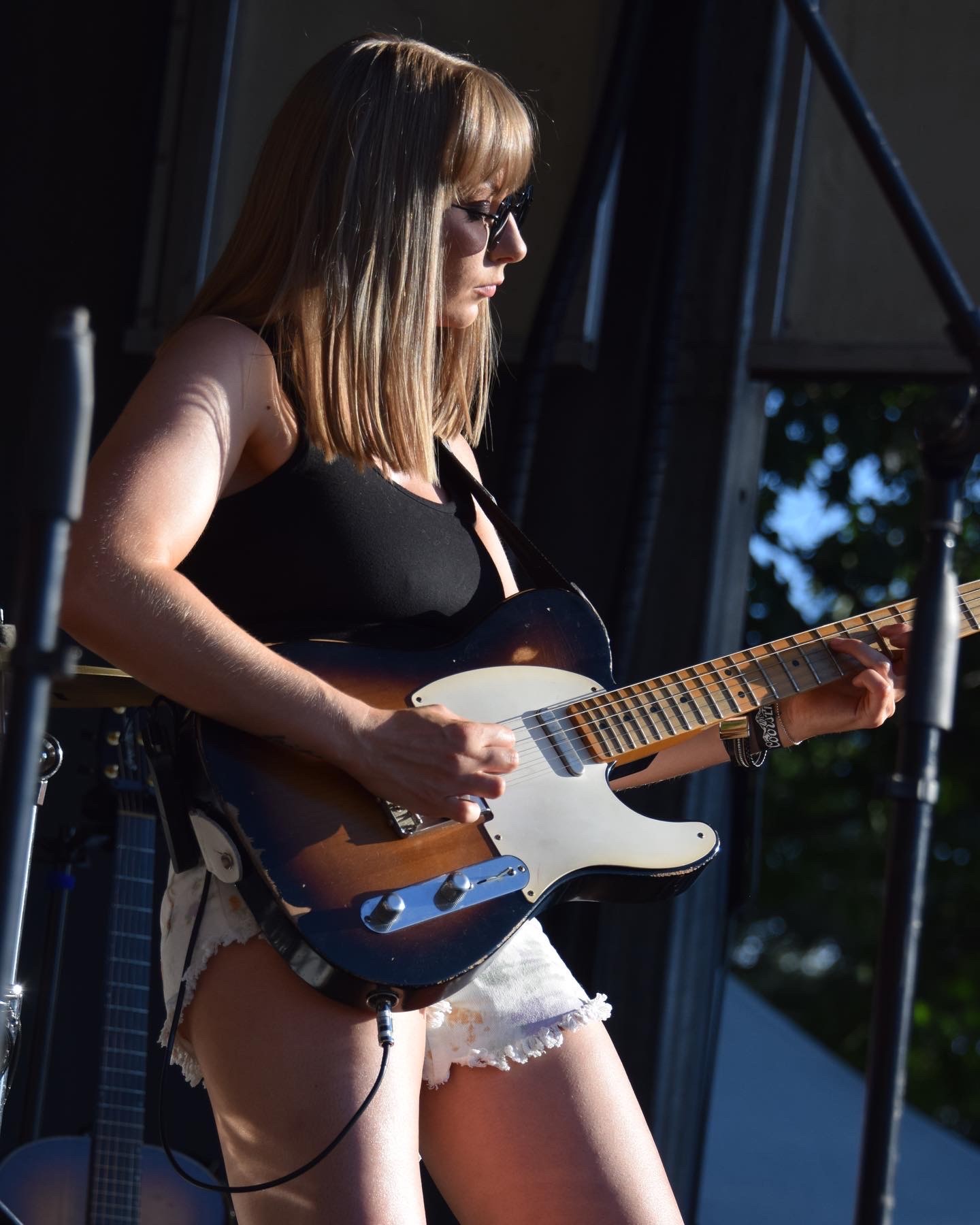 The biggest pivot in my career was in 2020. Up until then, I was producing music regularly for other artists, running a demo business in Nashville, and co-producing all my music. But I would always have someone else producing with me in a big studio somewhere in Nashville. I was in the middle of planning a full-length record that I had promised my fans. I was booking studio time, finding the right musicians for the project, doing things the way I always had. Then the world shut down because of the pandemic. I remember sitting in my studio, watching as news stories came in about lockdowns and all my studio plans and live shows being canceled. I knew I wouldn’t be able to make the record as I had planned. But I’m not one to go back on a promise to my fans.

I always had this little voice in the back of my head saying “How cool would it be to produce your own music? You produce for other artists, why not do it for yourself?” But I don’t think I was confident in myself yet. I didn’t think I could do it so I always brought someone else in to help. But now, it was either do it myself or it wasn’t going to happen at all. I told my team my idea to stay on track with the record but produce it myself instead. They were all on board and from March to October of 2020, I locked myself in my studio and produced my own record. I wrote or co-wrote every song and played around 90% of the instruments on the project. The album, titled “Baby Blues & Stilettos”, debuted in the top ten on iTunes in March of 2021.

Ever since then, it hasn’t even been a question of who will produce my music, I will. I grew so much making that record and as scary and challenging as it was, I am so thankful for the knowledge I gained and what I accomplished. And I’m so glad I was able to give the fans the album I promised them!